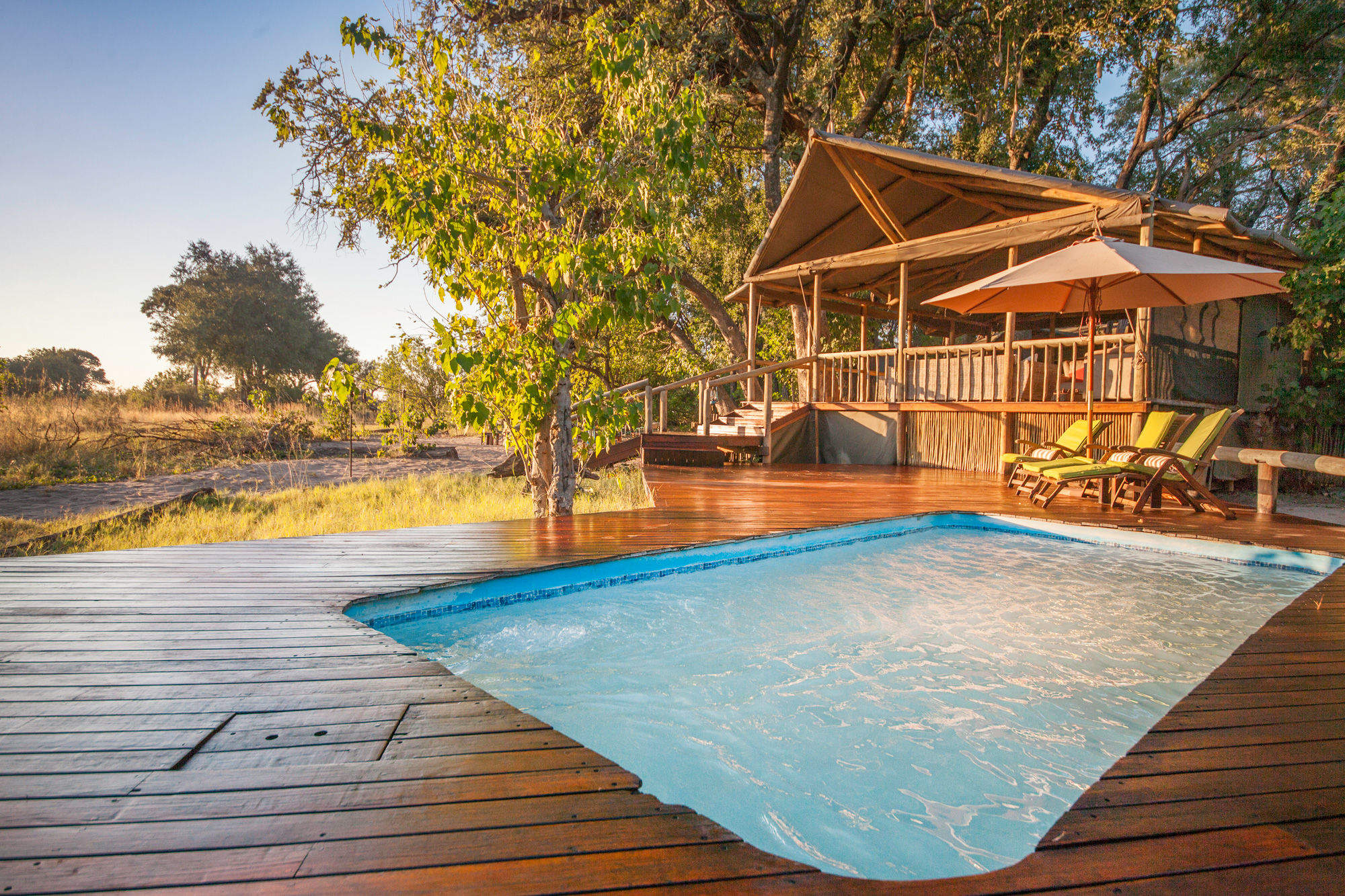 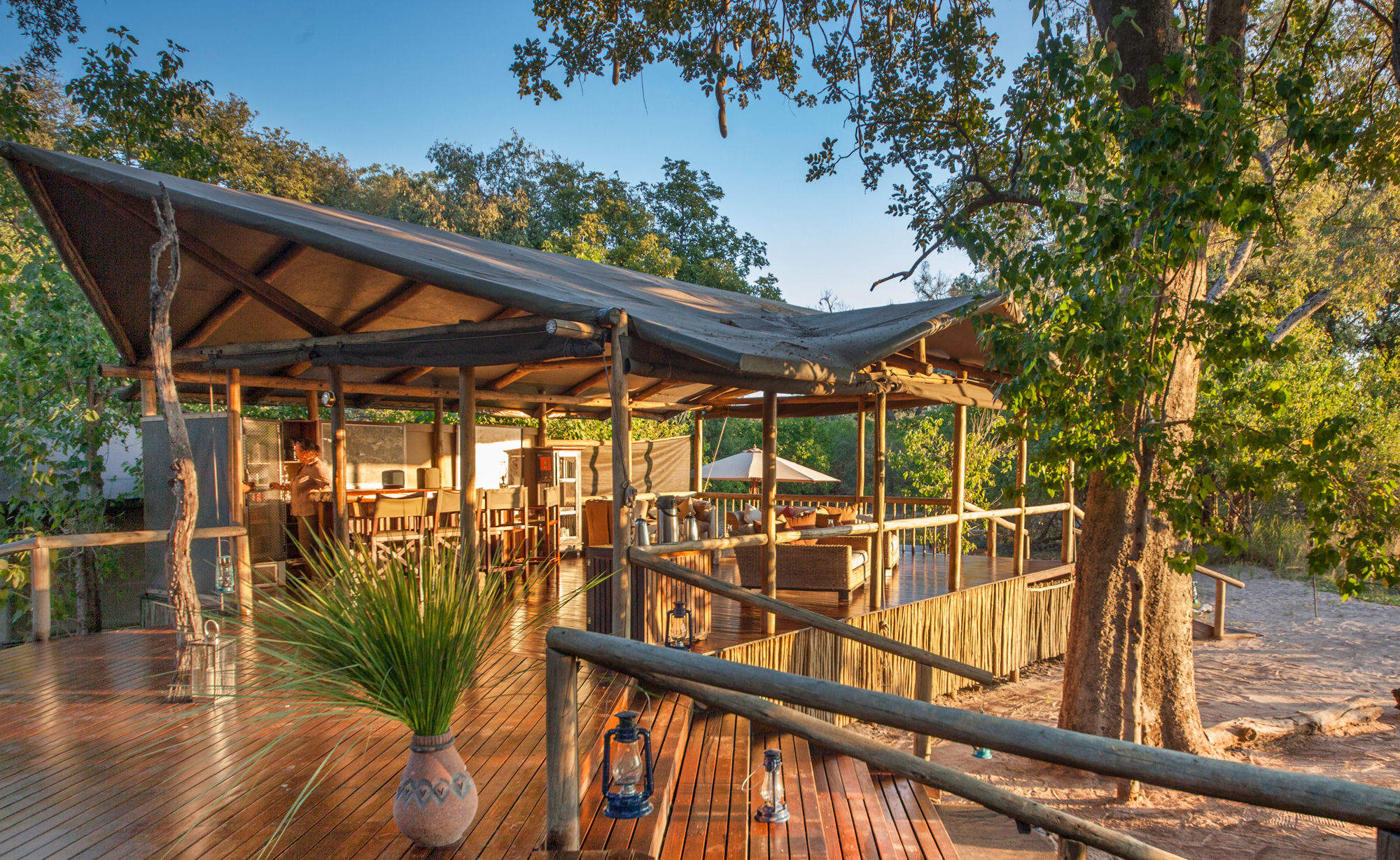 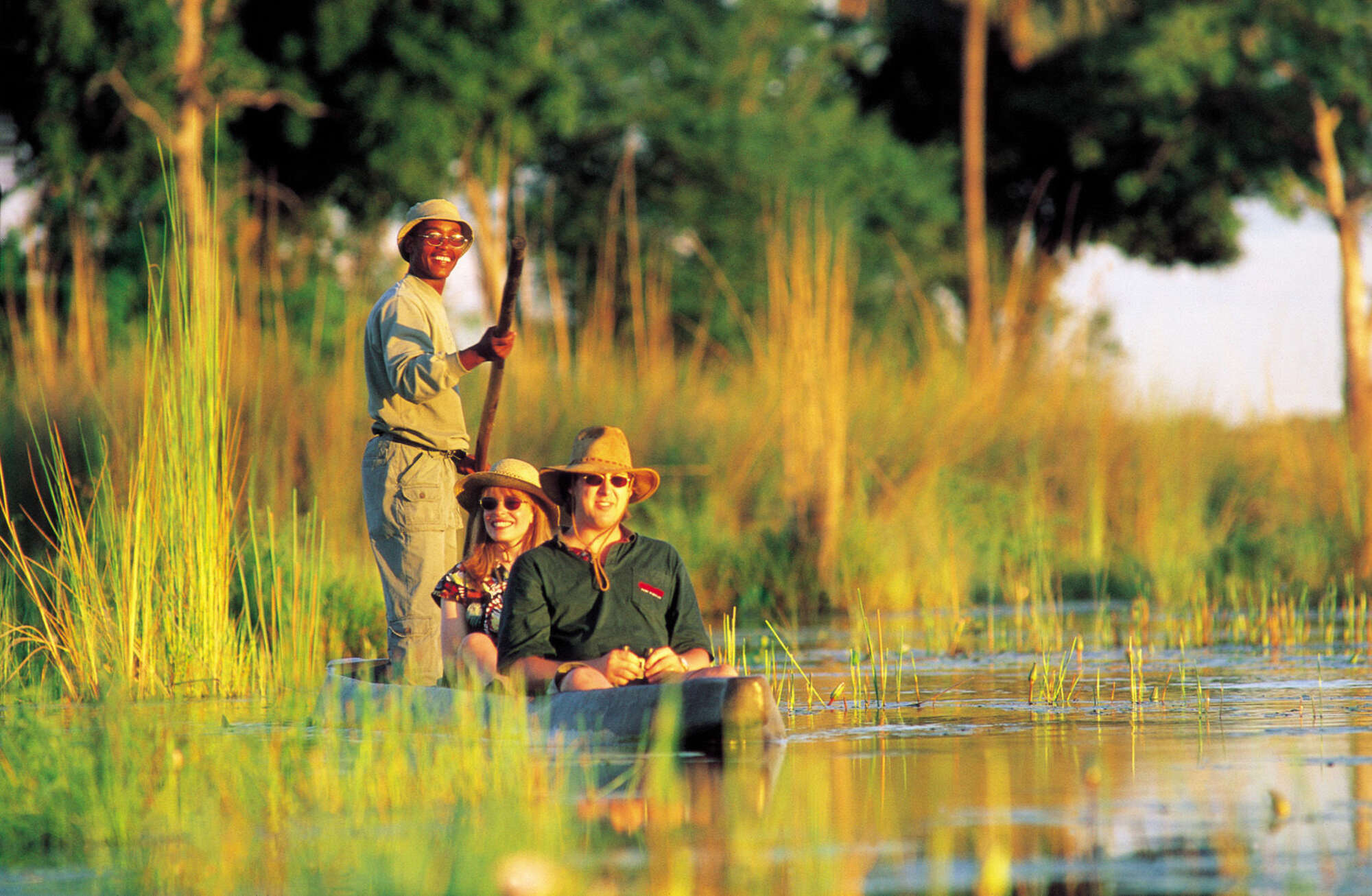 177 independent comments and wildlife information from our travellers who have visited Little Kwara and kindly agreed to share their thoughts. They do not necessarily represent the views of Expert Africa

3 nights Arrived 19 Sep 2010
"Little Kwara was probably the best overall camp. Lizzie the camp manager was incredibly accommodating—she could not do enough for any of us. Our guide (Steve) and tracker (Mike) were every bit as good as Dux and Bowman and they too did their best to give us the best experience possible. One night Dux and Mike took us out until 2:00 AM looking for the Splash Boys a huge pair of male lions who inhabited the area, which was one of the highlights of the trip.

The food was outstanding, which we found interesting vis-à-vis Lebala which is also a Kwando camp. In addition, one evening after dinner we were delightfully surprised with singing and African chants followed by a “dance around the table” with both staff and guests—that experience literally brought tears to our eyes. The Batswana are an incredible people.

Predicated on our experiences with two (2) Kwando camps we would recommend Kwando to anyone. The focus was find game, find game and find game with a lot of warmth and attention to guest needs thrown in for good measure. Little Kwara was our favorite camp, period." See all these reviews: 9n in Botswana
Experience Report
Overall Rating:
Excellent
Location:
Excellent
Service:
Excellent
Activities:
Excellent
Rooms:
Excellent
Food:
Excellent
Facilities:
Excellent
Three
Manchester

3 nights Arrived 28 Apr 2010
"Little Kwara is a beautiful little camp and with only 5 tents a very intimate set-up. The staff are very warm and friendly and the guiding the usual Kwando high standard.

We saw plenty of game and unusual visits to camp by Lions and a Leopard made of an exciting evening one night.

The only reason the camp gets a good rather than excellent rating is that due to its size and focus on both water activities and game drives, its can be a little inflexible in terms of guests needs. Although they do try their best to accomodate any requests.

Personally I would recommend a private guide at this camp to ensure you do as you please during your stay." See all these reviews: 8n in Botswana
Experience Report
Overall Rating:
Good
Location:
Excellent
Service:
Good
Activities:
Average
Rooms:
Excellent
Food:
Good
Facilities:
Excellent
Mr & Mrs D
Greece

The excellent location offers plenty of game to be seen - even at the end of the wet season. In the first 24 hours we saw the three main predators - lion, leopard and cheetah.

Unfortunately our morning activities were cut short each time during our three day stay - we are convinced arrangements could be done do avoid this, especially with a little more good will from our guide.

Our room and the food were good and the people were very nice and took good care of my son while I was resting during the siestas. Together with the manager - Chucks - he had fun in chasing away the elephants that came to the camp. Chucks told us interesting stories about game (how he was chased by warthogs) and about Botswana in general.

3 nights Arrived 25 Feb 2010
"We had a lovely stay at Little Kwara. It felt very intimate as it is such a small lodge and gave us a chance to get to know all the staff well. They were all excellent and very friendly and helpful.

We have a few observations, one that the lack of power in the rooms was a bit inconvenient as cannot charge ones own batteries, this had to be done by the staff in their office. Also, our guide, Piet, who had only just started that week in the area, had a tendency to follow the other vehicles rather than driving and tracking to see what we could find.

As time went on, however, he did seem to get a bit more confidence, however, when other vehicles were around tended to follow them rather than taking the lead, even when we were first on the scene. This meant that photographing became impossible as the only view was the rear view of the animals, in this case, lions. A final point to mention is that the vehicle we were in was of poor quality and the seats were hard and uncomfortable.

3 nights Arrived 11 Nov 2009
"This was our third visit to Kwara, although the previous two were to the main camp. The location of Little Kwara is arguably not as special as the main camp (inasmuch as most of the rooms do not overlook the lagoon), but the rooms themselves are considerably better.

As with previous visits to this consession, the game viewing was top class, and the range of activities is broader than is available at most camps. However, the guide on this occasion (Hobbs) was not as good as on previous visits - seemingly more interested in driving around (both in the safari vehicle and in the boat) at a speed inconsistent with watching game. After two less than satisfactory drives, we and our fellow travellers prevailed on him to slow down, which improved things. Nonetheless, he did not demonstrate the same enthusiasm for his role as we have experienced at Kwara." See all these reviews: 6n in Botswana
Experience Report
Overall Rating:
Good
Location:
Good
Service:
Good
Activities:
Excellent
Rooms:
Excellent
Food:
Good
Facilities:
Excellent
Mr & Mrs C
Shropshire

3 nights Arrived 8 Nov 2009
"We were greeted at the camp by Lizzie just as if we were family. Most of the staff recognised us from last time, I'm not sure this was a good or bad thing!!

Animal and birdwise we saw everything going including a very long game drive to see 2 Cheetahs (also lions on the way). One night we were given the chance to see a Pangolin just outside the camp. Our Driver/Guide and tracker were TN and Justice both excellent.

"small but too relaxed ?"

The camp is small and intiamte - the tents roomy and comfortable.The atmosphere of the camp in our view suited a more laid back approach to activity and action than the main Kwara Camp.

Our morning game drive was cut short as the guide had to pick up incoming guests from the airstrip - in light of the fact we had paid for the private vehicle this was disappointing . Kwara and Little Kwara are 500m apart and we could not see how both of the above points could not have been better organised - especially as kwando had been advised of these beforehand." See all these reviews: 12n in Botswana; 2n in Zambia
Experience Report
Overall Rating:
Average
Location:
Good
Service:
Good
Activities:
Good
Rooms:
Good
Food:
Good
Facilities:
Good
Sisters
London

3 nights Arrived 7 Oct 2009
"Very special as is so small and quite a 'family' feeling. Made to feel very welcome.

Great game drives and some very special sightings. Lovely brunch and evening meal, but breakfast could be better with fruit/porridge or toast. Great guides and team.