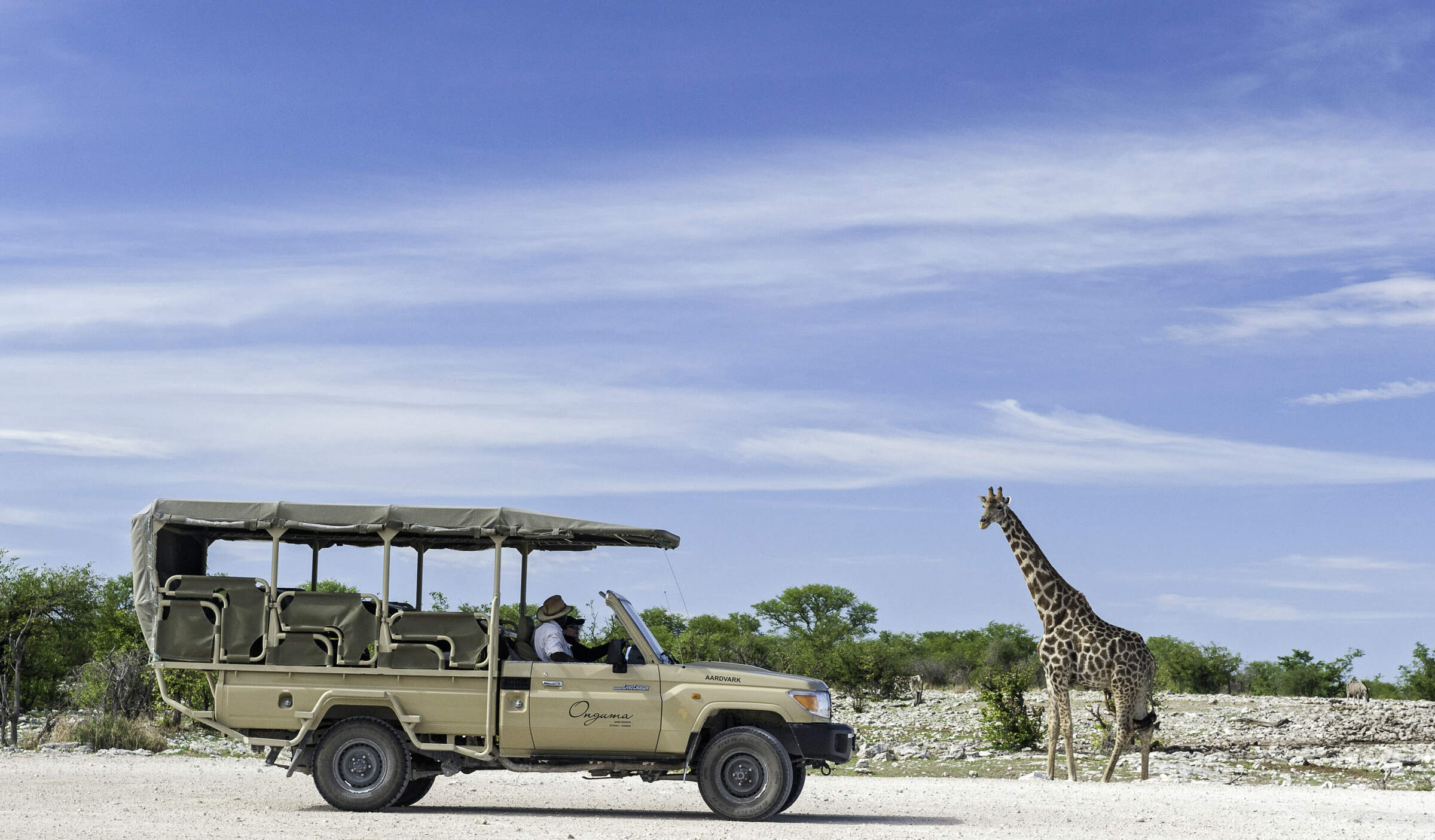 42 independent comments and wildlife information from our travellers who have visited Onguma Tree Top Camp and kindly agreed to share their thoughts. They do not necessarily represent the views of Expert Africa

"Fun Camp in the Trees"

A lion had made a kill the morning we arrived. That night the hyenas came in and there was a battle to take the kill from the lion. Hyenas won. Lots of whooping and snarling. Jackals came to the feast as well." See all these reviews: 8n in Namibia
Experience Report
Overall Rating:
Excellent
Location:
Excellent
Service:
Excellent
Activities:
Excellent
Rooms:
Excellent
Food:
Excellent
Facilities:
Excellent
Sightings Report

2 nights Arrived 15 Sep 2019
"Loved the location and the tented rooms with only three walls - magic to wake up and look at the waterhole.

2 nights Arrived 4 Aug 2019
"We had a fabulous stay at Onguma Tree top camp. Luckily we had all 4 rooms to ourselves and it was the perfect place to unwind after 2 weeks on the road. We could lounge on the deck all day watching animals come to the waterhole without needing to go out at all.

The team were brilliant and we ate like kings.

Could have done with a few more days here!

Downside was we booked an evening game drive which was awful. Ranger started out by making the mistake of asking what animals we would like to see to make the perfect drive. we said Cheetah as we hadn't see any. He then spent the whole time trying to find cheetah getting more and more anxious and in the end we saw no game at all except the odd impala which we absolutely understand can happen but he should have made it more about the bush experience rather than ticking some animals. Should have stayed in the lodge." See all these reviews: 14n in Namibia; 3n in Zimbabwe
Experience Report
Overall Rating:
Excellent
Location:
Excellent
Service:
Excellent
Rooms:
Excellent
Food:
Excellent
Sightings Report

2 nights Arrived 14 Jul 2019
"After a day driving through Etosha the Tree Top camp was just what was needed. Just 50m outside Etosha, Tree Top camp is a 12km drive once through the Onguma gate (Onguma is not signposted from the direction of Etosha). The people, service and food are all fantastic. The rooms are comfortable and you sleep with the front of the tent open so you can see the waterhole. " See all these reviews: 10n in Namibia
Experience Report
Overall Rating:
Excellent
Location:
Excellent
Service:
Excellent
Activities:
Excellent
Rooms:
Excellent
Food:
Excellent
Facilities:
Excellent
Sightings Report

2 nights Arrived 29 Mar 2019
"Our view: overall 8/10. Good layout of only 4 cabins on 10 foot stilts, and it was basically ‘deluxe’ camping with a great view of a large water hole. No pool, average WiFi. Very good service, there was a chef who cooked the meals for us in a kitchen in front of us. We had a very good safari guide even though we saw very little on the evening we went out with him - but then that's the nature of safari sometimes.
The breakfast was very good but dinner was a bit boring, and we were offered Oryx on two consecutive nights - so we had fish instead. Food was mid-European! Why nothing Namibian, and this is a general comment for all the lodges - it’s all been a variation of ‘meat and two vegetables!’ Why haven’t they done some BBQs?
Because of the small size of Treetops (with only 4 rooms) guests generally ate together (for dinner and breakfast), which if there's a language barrier (as we found with some German guests) the meal can be a little 'strained' at times. we could have insisted we ate separately that could have been a bit rude.
" See all these reviews: 20n in Namibia
Experience Report
Overall Rating:
Good
Location:
Excellent
Service:
Excellent
Activities:
Average
Rooms:
Good
Food:
Good
Facilities:
Good
Sightings Report

3 nights Arrived 24 Jan 2019
"Tree Top Camp is set in it's own wildlife reserve adjoining Etosha, which would be a more than adequate safari destination in its own right. We had frequent sightings of game right in front of the Camp at the waterhole, and had an excellent game drive with a guide (Victor) who managed to provide an extended sighting of a cheetah with two cubs, and a (more distant) sighting of a lioness with a cub, along with many more commonly seen game species.

The Camp is very well located close to the eastern gate of Etosha where we did self-drive game viewing. Chudob waterhole, in particular, provided numerous spectacular game viewing experiences - a kind of Garden of Eden location ! Etosha (like everywhere else we visited) had very few visitors.

We also had exclusive occupation of Tree Top Camp for two of our three nights there. Under the circumstances the staff could have been a bit more flexible and proactive. The open-fronted room was adequate other than for the absence of hot water." See all these reviews: 14n in Namibia
Experience Report
Overall Rating:
Excellent
Location:
Excellent
Service:
Average
Activities:
Good
Rooms:
Average
Food:
Good
Facilities:
Average
Sightings Report

3 nights Arrived 25 Nov 2018
"This was the third time we have stayed at Onguma Tree Top and we still love it, although some of the fixtures and fittings are starting to look a bit tired, and the reeds in the waterhole urgently need greatly reducing (apparently this is going to happen very shortly).

All the staff here are very attentive and it is a wonderful place to relax.

Unfortunately we arrived just after torrential rains which had left the surrounding bush saturated, which affected the areas of the reserve that the sundowner drive could access, but this was still a very worthwhile activity" See all these reviews: 26n in Namibia
Experience Report
Overall Rating:
Excellent
Location:
Excellent
Service:
Excellent
Activities:
Excellent
Rooms:
Excellent
Food:
Excellent
Facilities:
Good
Sightings Report

Did and early morning drive into Etosha and a sundowner drive on the private reserve. Both were excellent and the latter gave a wonderful view of a cheetah with four young cubs.
" See all these reviews: 19n in Namibia
Experience Report
Overall Rating:
Excellent
Location:
Excellent
Service:
Excellent
Activities:
Excellent
Rooms:
Excellent
Food:
Excellent
Sightings Report