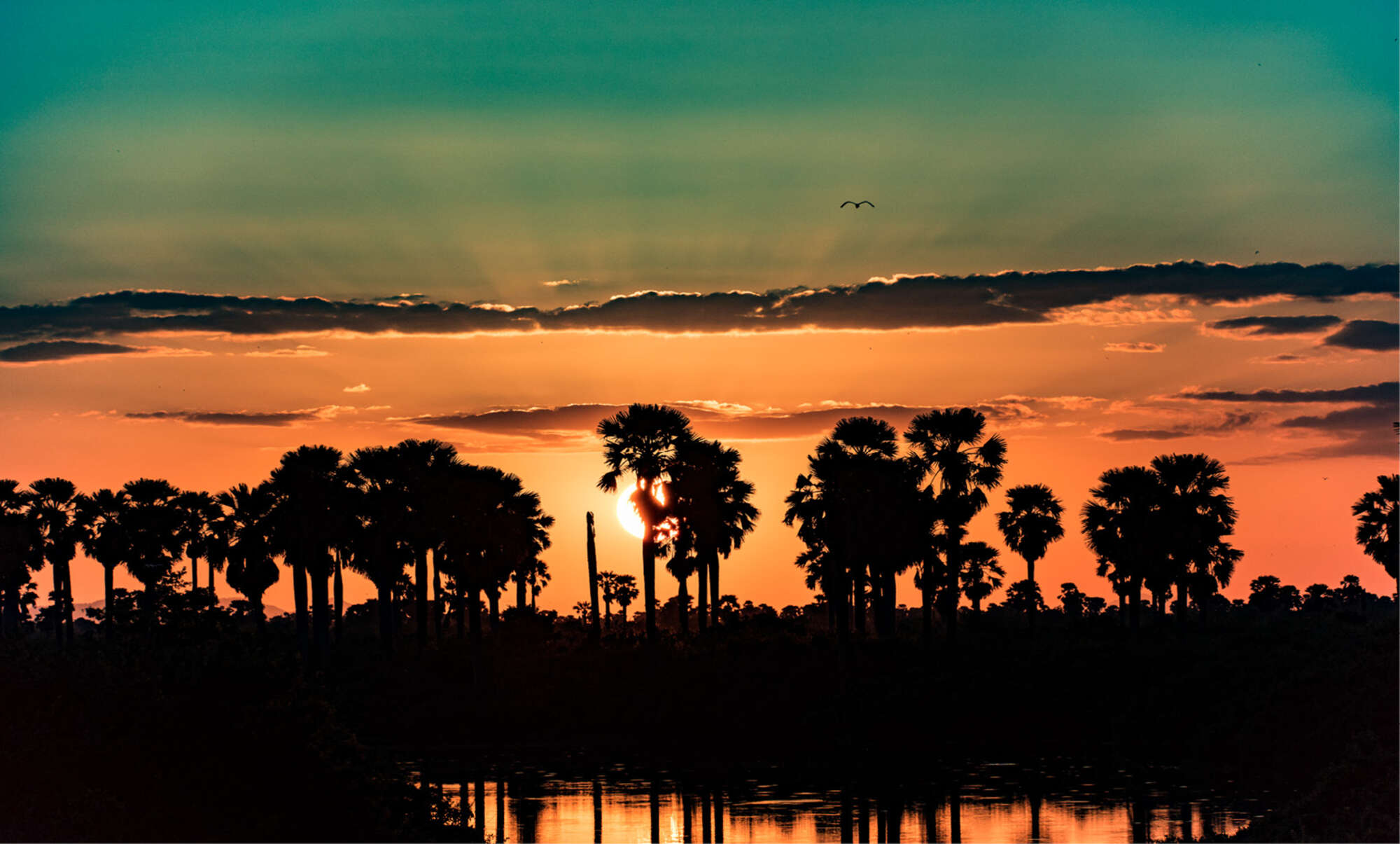 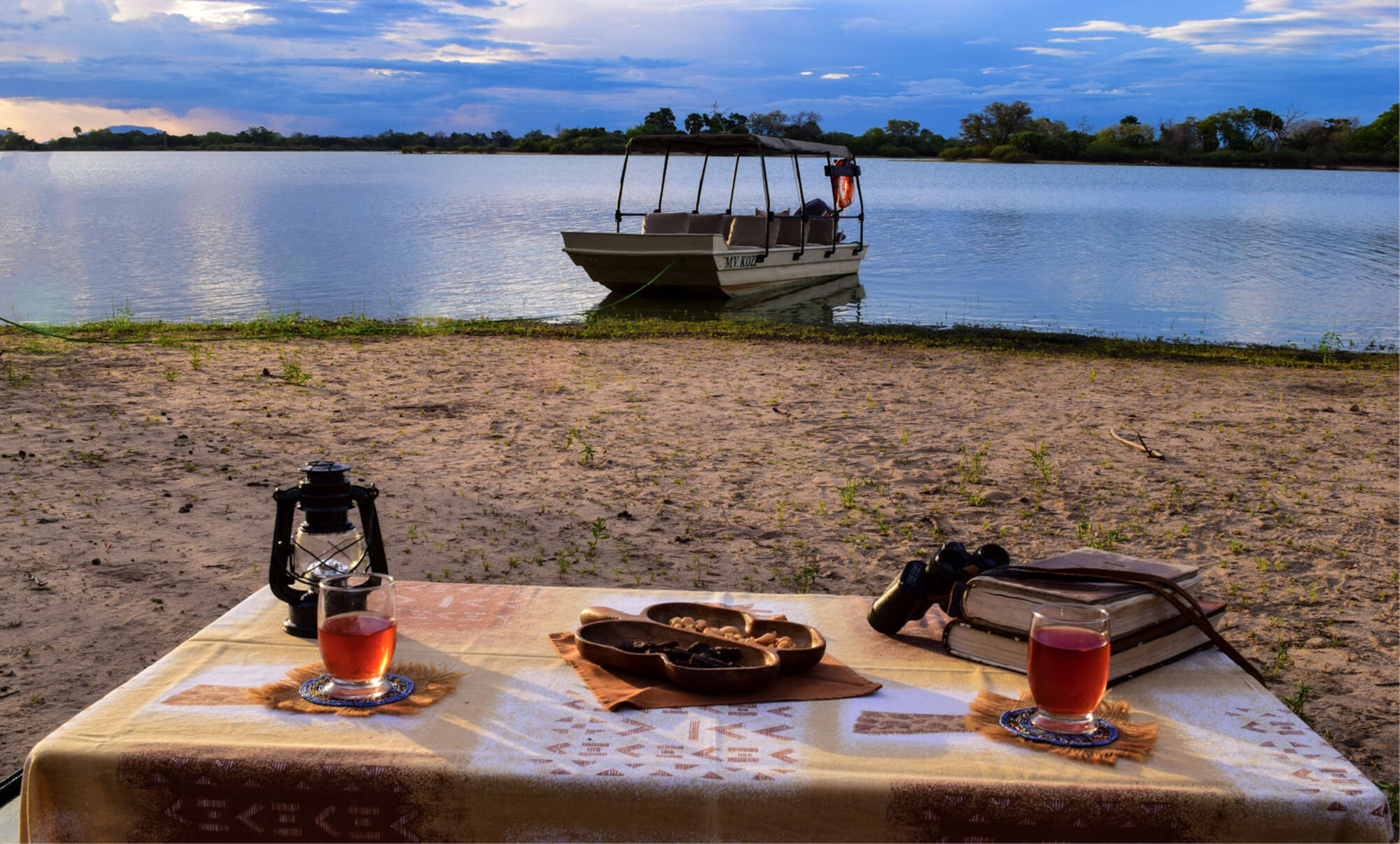 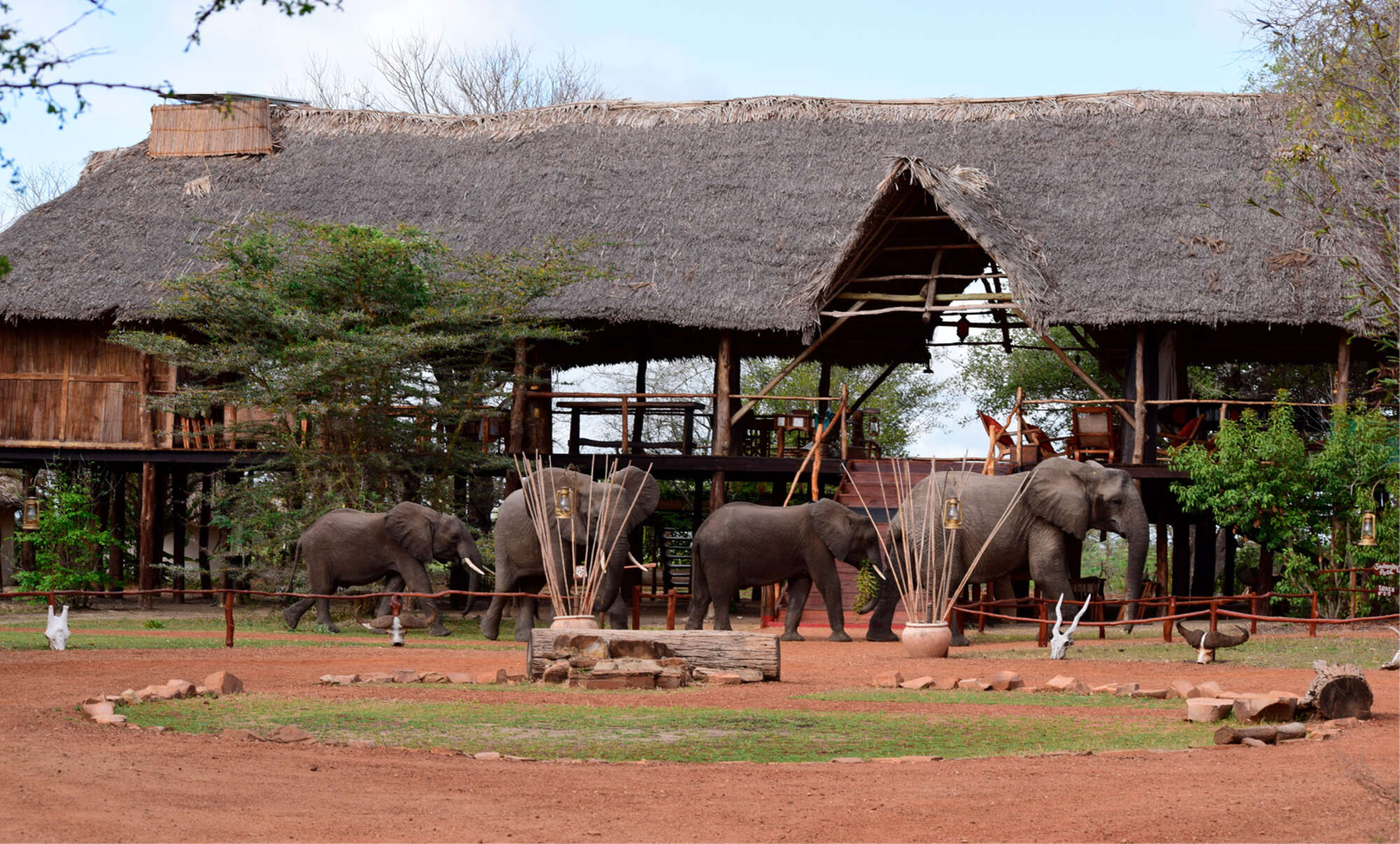 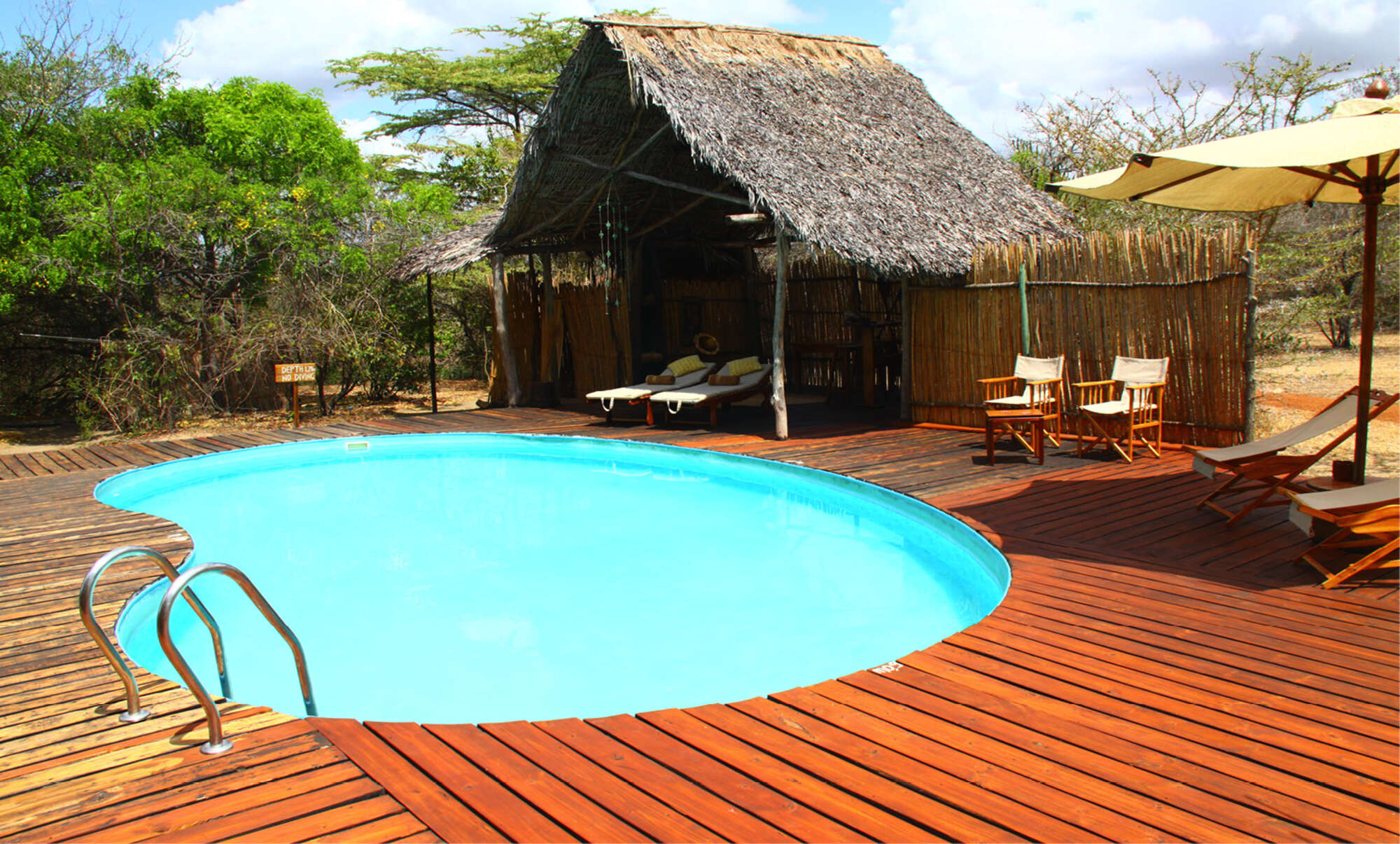 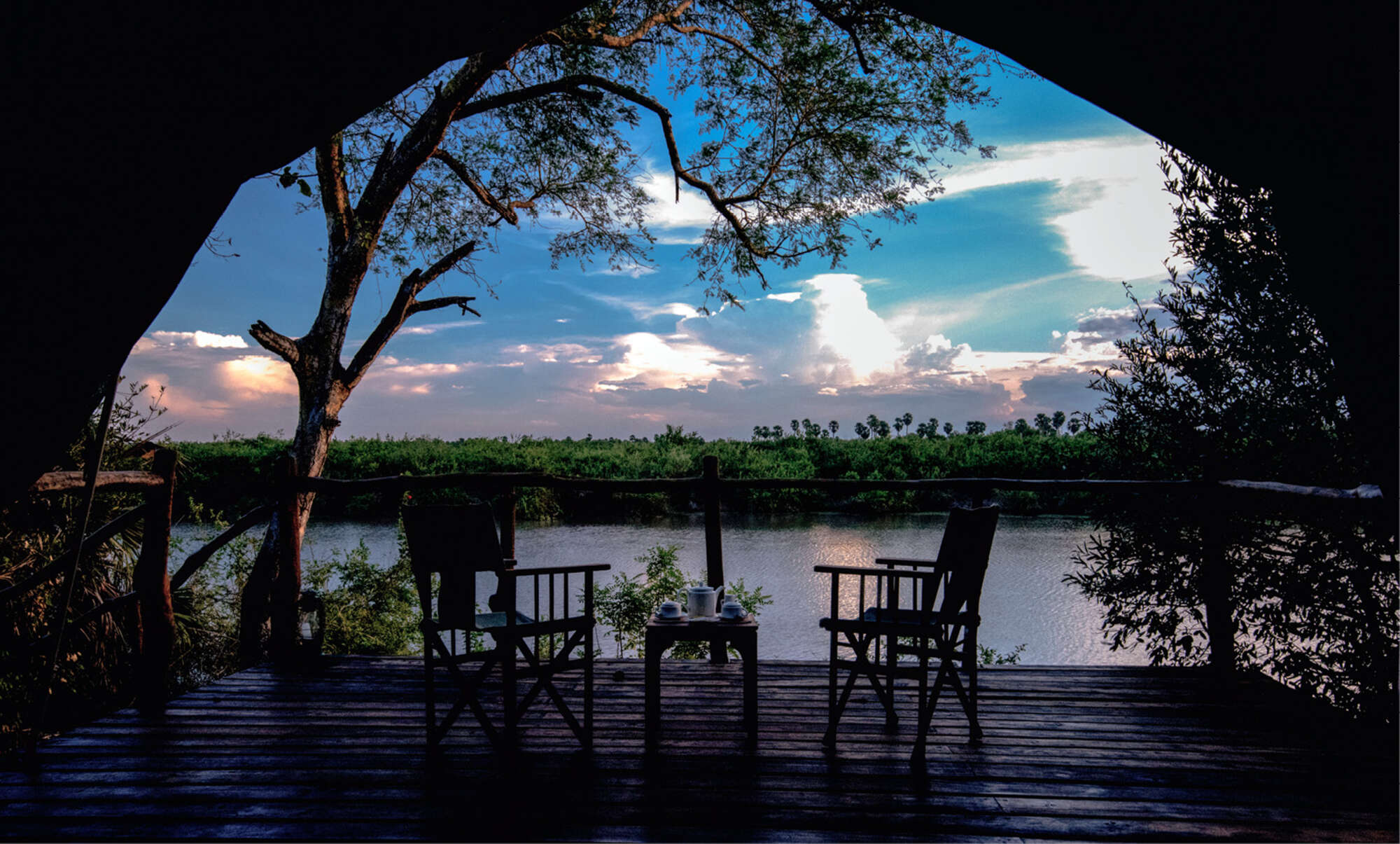 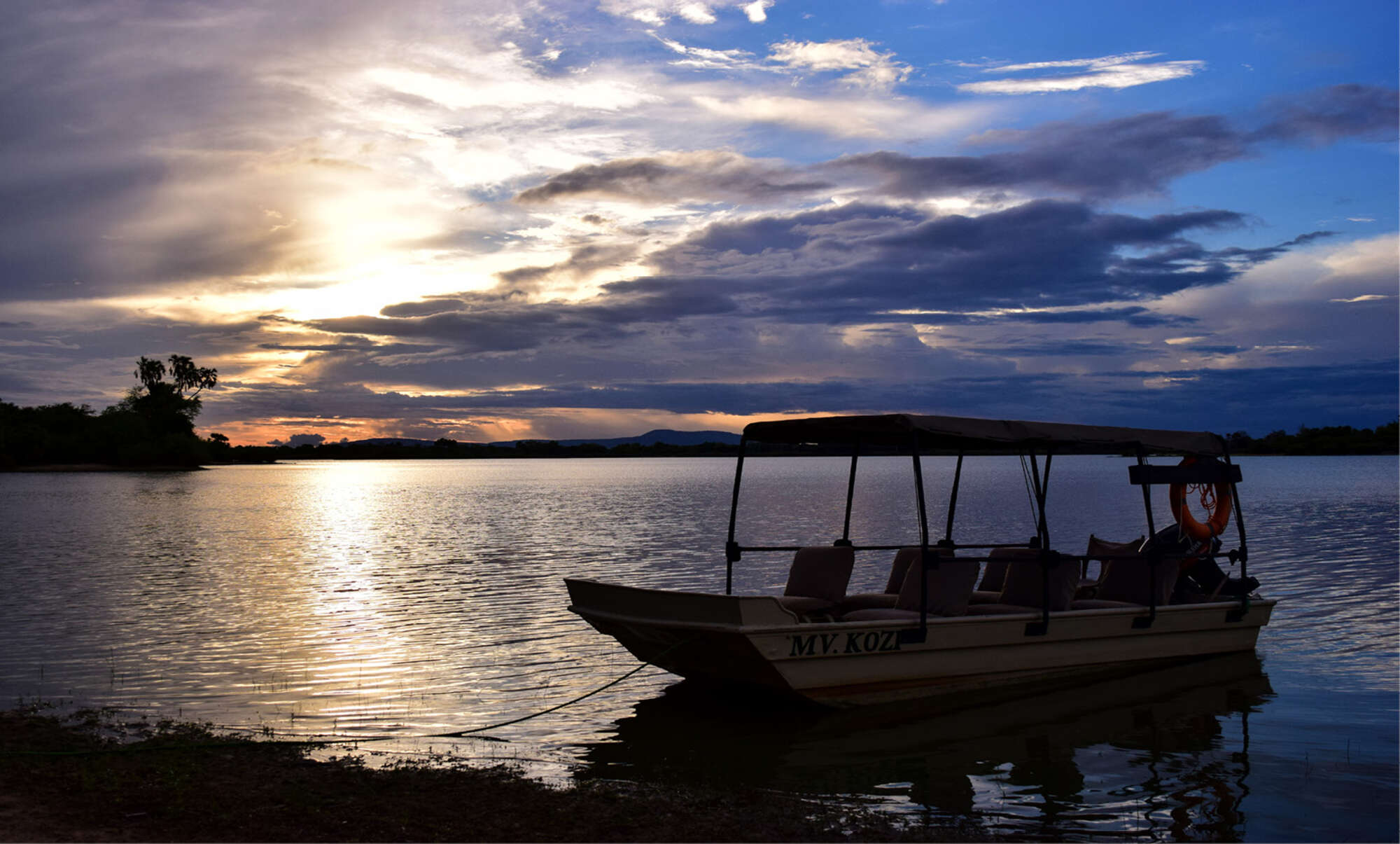 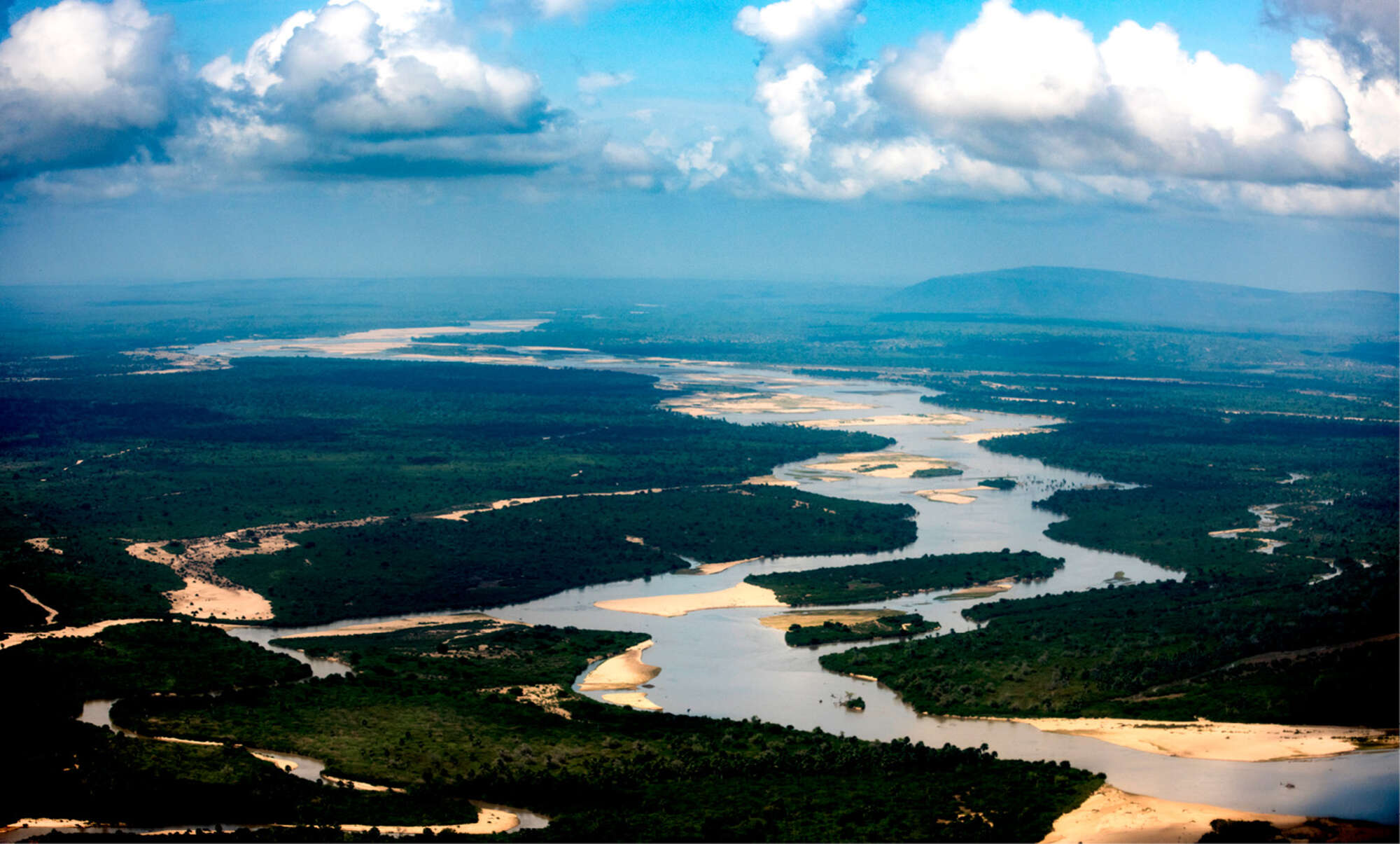 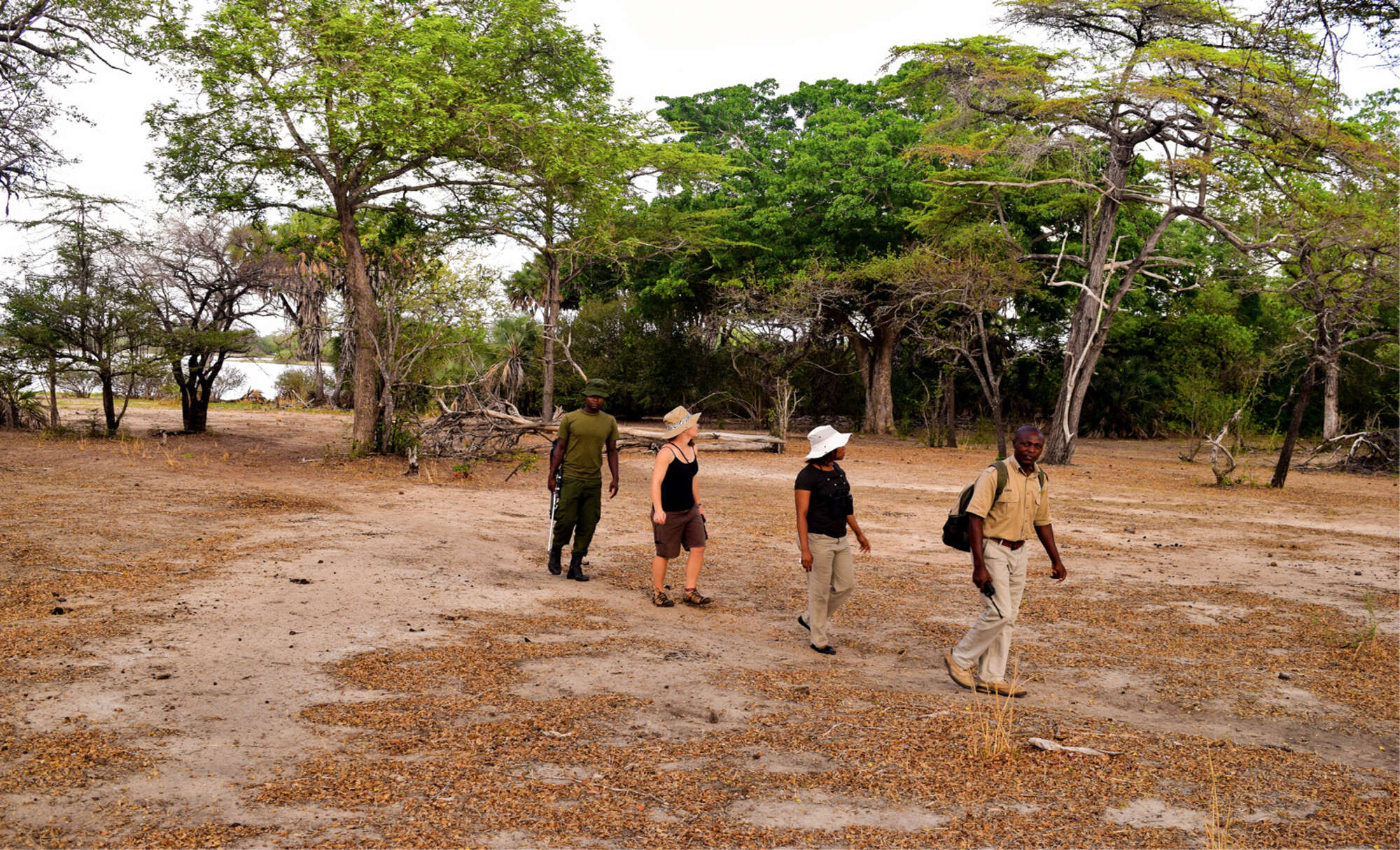 275 independent comments and wildlife information from our travellers who have visited Impala Camp and kindly agreed to share their thoughts. They do not necessarily represent the views of Expert Africa

2 nights Arrived 22 Jun 2013
"We had an incredible five days at Selous Impala at the end of June. The camp combines luxury living with great customer service and of course amazing guiding. We were met at the airstrip by our guide Ezra and driver Rajabu and given cold flannels, drinks and snacks – that level of attention continued throughout the trip. The tents are gorgeous, with comfortable beds and great views. We had good wholesome food serviced by the same attentive waiter every day.

Of course the wildlife was great. We saw giraffes just wandering next to our tent. Game drives with lions, elephants, zebra and more giraffes and boat trips with crocodiles and hippos watching as we cruised along.

But it is the little touches that make the camp so special, sundowner drinks on the first night, a birthday cake and “Happy Birthday” being sung in Swahili by the waiters and Andre, the assistant manager, lending me clothes as mine were stuck in Nairobi!

4 nights Arrived 5 Feb 2013
"Impala Camp is quite a nice camp. The tents are well equipped and comfortable and they have a veranda with a view on the river.

The management is doing every effort to accommodate the guests’ needs … and do succeed in that matter. For instance, when they figured out that I had quite important photo equipment and that I was interested in birding, they managed to give us a guide and a car exclusively for us, so that we could stop each and every time a bird was spotted without annoying other guests.

The camp is a bit remote from “the center” of the game reserve, which can be sometimes a problem when you have a lot of driving to do to access the place where animals are spotted. It’s then advisable to choose “early departure” game drives in the morning (6:30) rather than normal departure ones (8:00) to have the time to go to the places where “action” is taking place. They have several land rovers and several boats, so that you always can choose the activity you want to engage in.

We were lucky to have a guide named Dennis, who is a wonderful bird “spotter”. He is a very nice person and he showed us a lot of things.
The only average element was the food. Nothing terrible, of course, but nothing very good either.
" See all these reviews: 9n in Tanzania
Experience Report
Overall Rating:
Good
Location:
Good
Service:
Excellent
Activities:
Excellent
Rooms:
Good
Food:
Average
Facilities:
Excellent
Miss B & Mr B
UK

4 nights Arrived 1 Feb 2013
"Our second time at Impala Camp and still as good as ever, friendly staff and management. Tents and beds very comfortable which is so important in this environment.

5 nights Arrived 27 Jan 2013
"We were very happy with our guide Gerard who arranged our safari trips and from whom we've learned a lot about a wildlife. The service was on a top level, our tent/room were kept clean at all times and food was simple but very good.

4 nights Arrived 1 Jan 2013
"Transferred from the airstrip by boat which was lovely but the clamber down from the road to the boat and over ropes was a bit tricky. Even one of the guides commented that it was rarely used because of this. Less agile clients might have found it very difficult.

Even after acclimatising in Ruaha, Selous seemed very, very hot and humid though this was alleviated by heavy rain one afternoon which made the roads 'interesting' to say the least! On the downside, the rain did bring out the insects in droves.

The camp was well designed and very comfortable; the ¼ mile walk each way to and from our tent did at least make sure we got a little exercise! The ability to charge batteries in the tent was very welcome.

Gerard was a superb guide who shared our warped sense of humour. He also selected some lovely spots for bush breakfasts; one morning we even had to move the chairs out of the way of an industrious dung beetle transporting giraffe droppings! Our one quibble about the breakfasts was that, having said one morning that neither of us liked guava juice, we were given it again the next day. Gerard was happy to drive great distances in search of animals and to spend plenty of time with them - the tree-climbing lion was a highlight! We were on the way back for lunch one day when he suddenly became very excited – ‘a jackal, a jackal!’ he cried; we thought he'd lost the plot until he explained that they were very rare in Selous and this was only his second sighting in 13 years. Later that same drive we indulged in a little anti-poaching activity when we ran off some men fishing illegally in the lake; Gerard then waded in to remove the nets which already had a fair few fish - good thing the crocs were looking the other way!

Food was excellent and beautifully served; we particularly liked the boards and individual dishes at lunchtime which allowed you to have as much or little as you wanted. The fact that it is served at individual tables can be a little isolating but when the staff realised we knew another couple we'd been at Mwagusi with they offered to combine the tables which made for a very sociable evening.

Activities were very flexible and, in particular, on your last day can be tailored to be as long or short as you wish to allow for packing and getting to the airstrip. Having tent no 1 we threatened to declare UDI and raise the drawbridge (literally) to our little strip of riverbank.
" See all these reviews: 9n in Tanzania
Experience Report
Overall Rating:
Excellent
Location:
Excellent
Service:
Excellent
Activities:
Excellent
Rooms:
Excellent
Food:
Excellent
Facilities:
Excellent
Mr & Mrs K
Wiltshire

"Not so much game at Selous Impala Camp"

4 nights Arrived 17 Nov 2012
"All staff were friendly and attentive. They seemed particularly interested in the wildlife that had been seen. We enjoyed a wonderful lingering view of a male and 2 female lions leisurely feeding on a new giraffe kill; which one of our guides , Ragabu, expertly spotted from a distance via vultures, and so we were lucky to be the first vehicle to view this spectacle.

The guides worked extremely hard to look for a leopard and we spent alot of time waiting for a leopard to return to her kill which although not successful on this occasion was fantastic and a benefit from being allocated our own vehicle, and we appreciate that there is often a lot of luck in viewing this amazing animal (luck was reserved for later during the trip).

We were surprised not to see very many elephants, and we felt it was a bit concerning to see one lone very small elephant hiding in scrub under a tree with no adult in sight. We got the impression that there are not as many elephants in Selous as perhaps a few years ago.

When leaving we congratulated the manager on the excellent service from all their staff.

Other lodges in Selous Game Reserve

Lake Manze Camp is a rustic, lakeside bushcamp in the Selous Game Reserve that offers a great experience and doesn’t cost the earth.

Beho Beho is one of the best camps we work with in Africa, with gracious hosts, fantastic food and most importantly, excellent guiding.

The stylishly put together Sand Rivers has an outstanding reputation, with a wonderful location on the Rufiji River and great guides.

Beho Beho Treehouse is a satellite tree platform for just one couple, managed by Beho Beho and ideal as a one-night honeymoon retreat

While you're staying at Impala Camp in the Selous Game Reserve, you can enjoy a few nights' fly-camping in the heart of the bush.

Rufiji River Camp has a lovely location right on the edge of the Rufiji River and while not luxurious, it is one of the lowest-cost camps in the park.

Roho ya Selous is a smart tented camp on the west side of lake Nzerakera, close to the park’s best wildlife-viewing areas.

Bailey's Banda at Beho Beho is a luxurious safari lodge in the Selous which can be booked exclusively for you and your party.

Kiba Point is the private sister camp of Sand Rivers, available on an exclusive basis, with its own private drivers and staff.

Sable Mountain is a simple safari lodge just outside Selous's northern boundary, and perfect if you're travelling on a tighter budget.

The Retreat offers a holistic approach to a safari, combining wildlife and nature with spiritual health, healing and spa treatments.

Mivumo River Lodge is Serena's main lodge in the Selous. Although comfortable, the windows and air-conditioning dispel any wilderness feel.