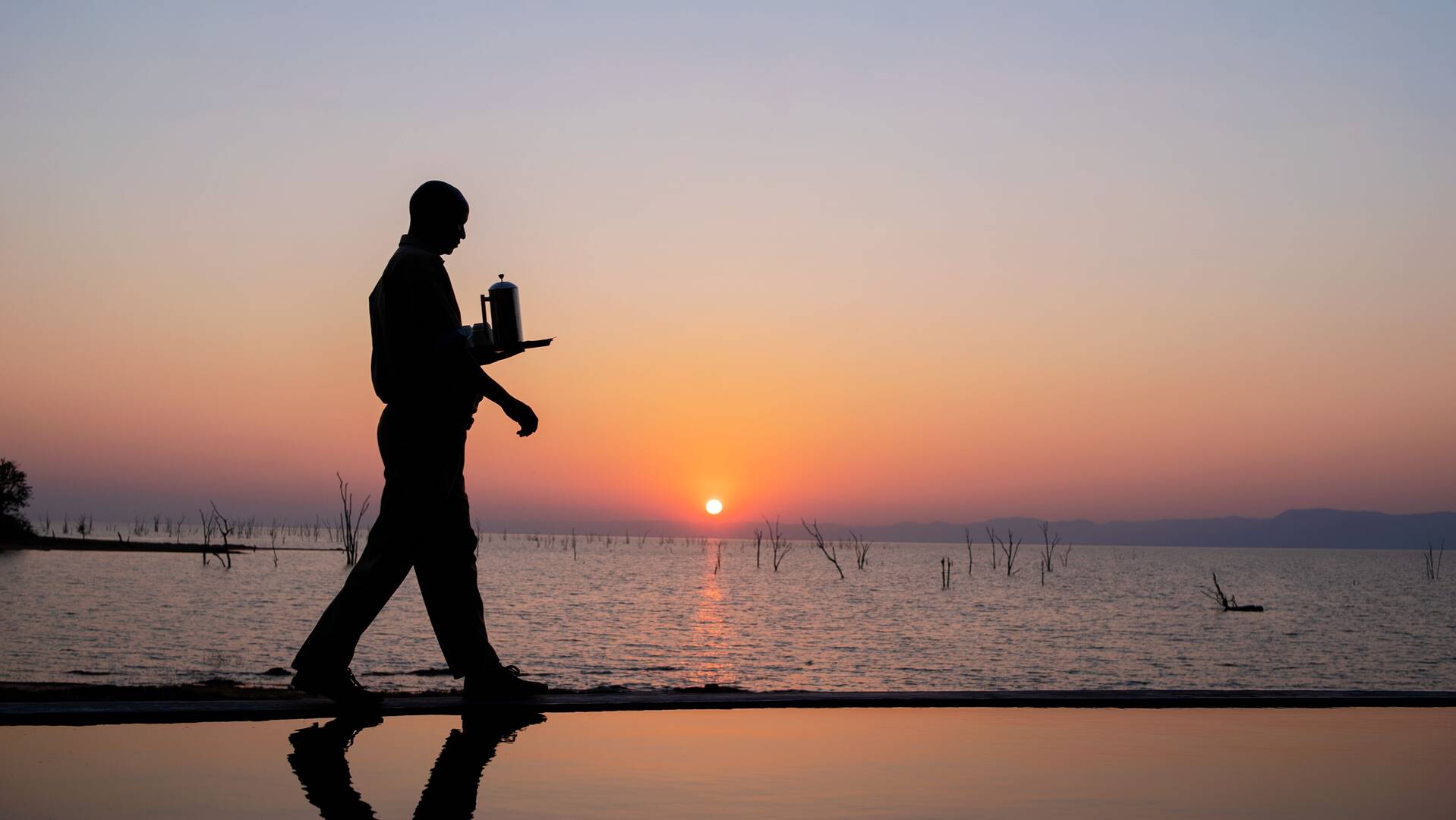 A common and sensible question when travelling to Zimbabwe is "who should we tip, how much, and when?". Below is some information on tipping in Zimbabwe to help you budget for your trip, and avoid any potentially embarrassing situations.

Tipping in Zimbabwe and the local economy.

As is so often the case with tipping, the amount you give (if anything) will be dependent on your satisfaction with your stay, and is never compulsory. If you have enjoyed your stay though then we would encourage our travellers to share their appreciation with a tip, although you should be aware of the potential impacts tipping may have on the local economy.

Tips can significantly improve the take-home wages of those working in the service industry in Zimbabwe, including waiters, guides, and national park scouts. There's a fine line though between an appropriate tip, and an excessive tip that may have a negative influence on the local economy.

For example, there are many skilled jobs that aren't client facing, such as park rangers who often carry out vital anti-poaching work. A senior ranger will require a formal education and years of experience to carry out their role, and they will be paid a fair but modest wage for their government role.

By contrast, a camp hand who carries bags and helps out at camp carries out an important role, but not as vital for the preservation of Zimbabwe's national parks, and their role won't require nearly as much knowledge or experience. As they have direct interaction with guests though they may receive overly large tips, sometimes adding up to hundreds of dollars a month, potentially paying more than the rangers job.

In such a case the responsibility and remuneration can become unfairly unbalanced, and could feasibly result in parks rangers changing jobs to guest facing roles, leaving vital positions unfilled.

So please do tip where you feel appropriate, but also bear in mind the importance and extent of the work someone is doing for you.

On safari, who do you tip in Zimbabwe?

Guides in Zimbabwe train for years, and are a key part of a safari to Zimbabwe. They are normally tipped separately from other staff.

Running a safari camp requires a huge amount of work from a large team, many of whom you won't see including kitchen staff, mechanics and cleaners. Most camps will have a collective tip box to split between this team.

Similalry to being in a restaurant, we generally wouldn't recommend tipping managers, unless of course they have done something outstanding to improve your stay.

Occasionally we get asked when is the right time to give the tips. There are a few options:

General rule of thumb: just tip once, always at the end of your stay at each safari camp or lodge. Not at the end of each activity, or each day.

Guides wouldn't expect you to tip after each of the daily activities, as it could create the impression that the guides need to 'perform' for the person giving the tips, which can distort the relationship between them and the other guests. Imagine the position other guests might find themselves in should you be offering tips this frequently and they were not.

In general, Zimbabwean camps will have a main 'tip box' that is shared out between the general staff equally, while guides you would normally tip directly in person. The majority of camps will explain their exact tipping policy in their camp literature, although the camp manager will certainly be able to help you out if there's any confusion.

The normal practice is to tip in cash, and as US Dollars are currently Zimbabwe's official currency this is the best currency to tip in. However, UK Sterling, Euros and Rand will also be happily accepted.

Tipping in Zimbabwe is not compulsory but always appreciated, and the amount will always depend on your own opinion and personal satisfaction. Based on our own experiences, and discussion with camp managers, we would suggest the following amounts as a rough guide:

To put these suggestions in perspective, bear in mind that the Gross National Income (GNI) in Zimbabwe is about US$5.26 per person per day.

Tipping can be a sensitive issue, but there's no need to be embarrassed by it. It's a normal part of the service industry in Zimbabwe, and the staff will have seen a huge range of tipping practices from international guests. Just remember that relatively affluent visitors can have a large impact on the local community: tipping can influence the economic and social balance - so do bear this in mind when tipping in Zimbabwe.