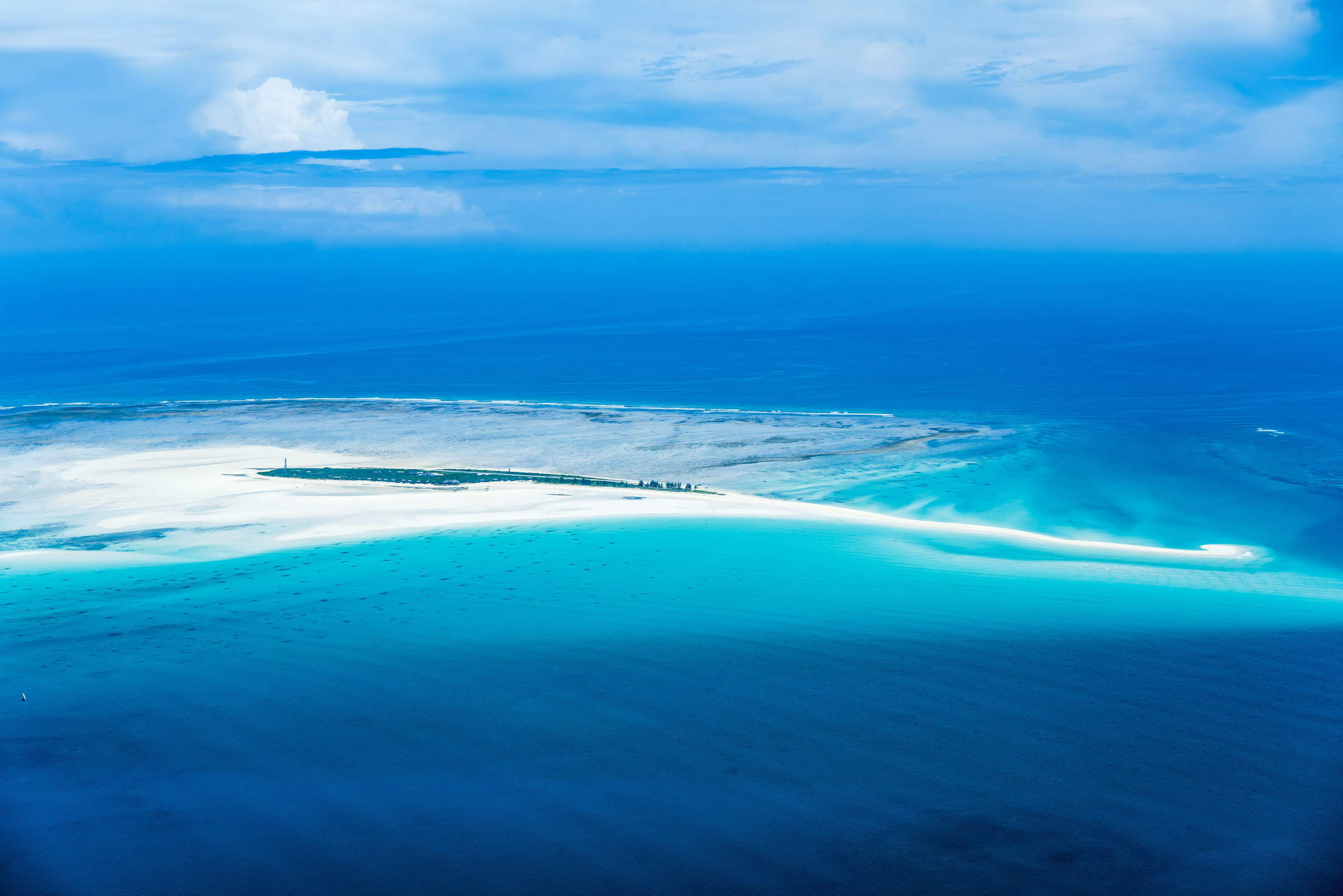 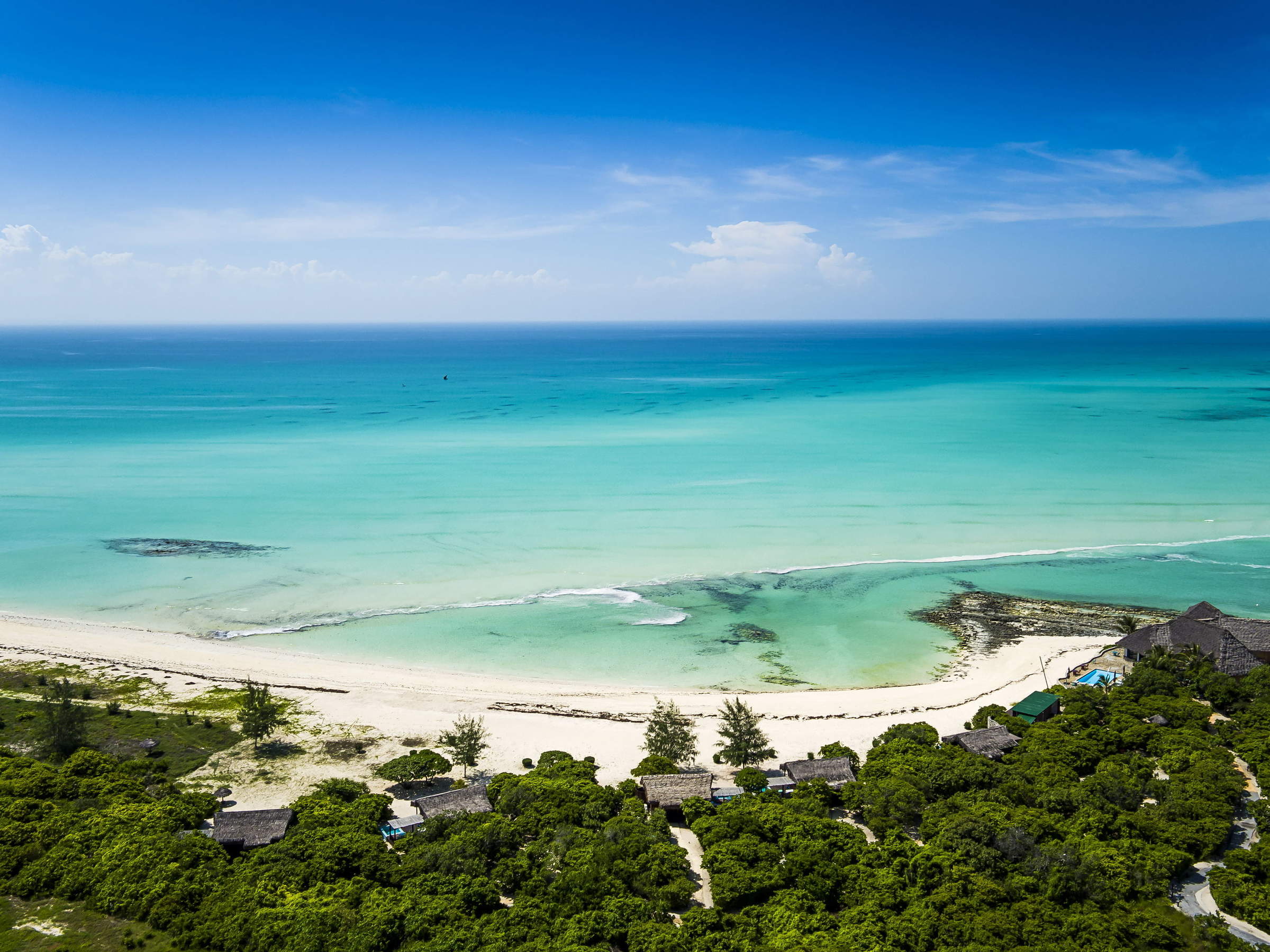 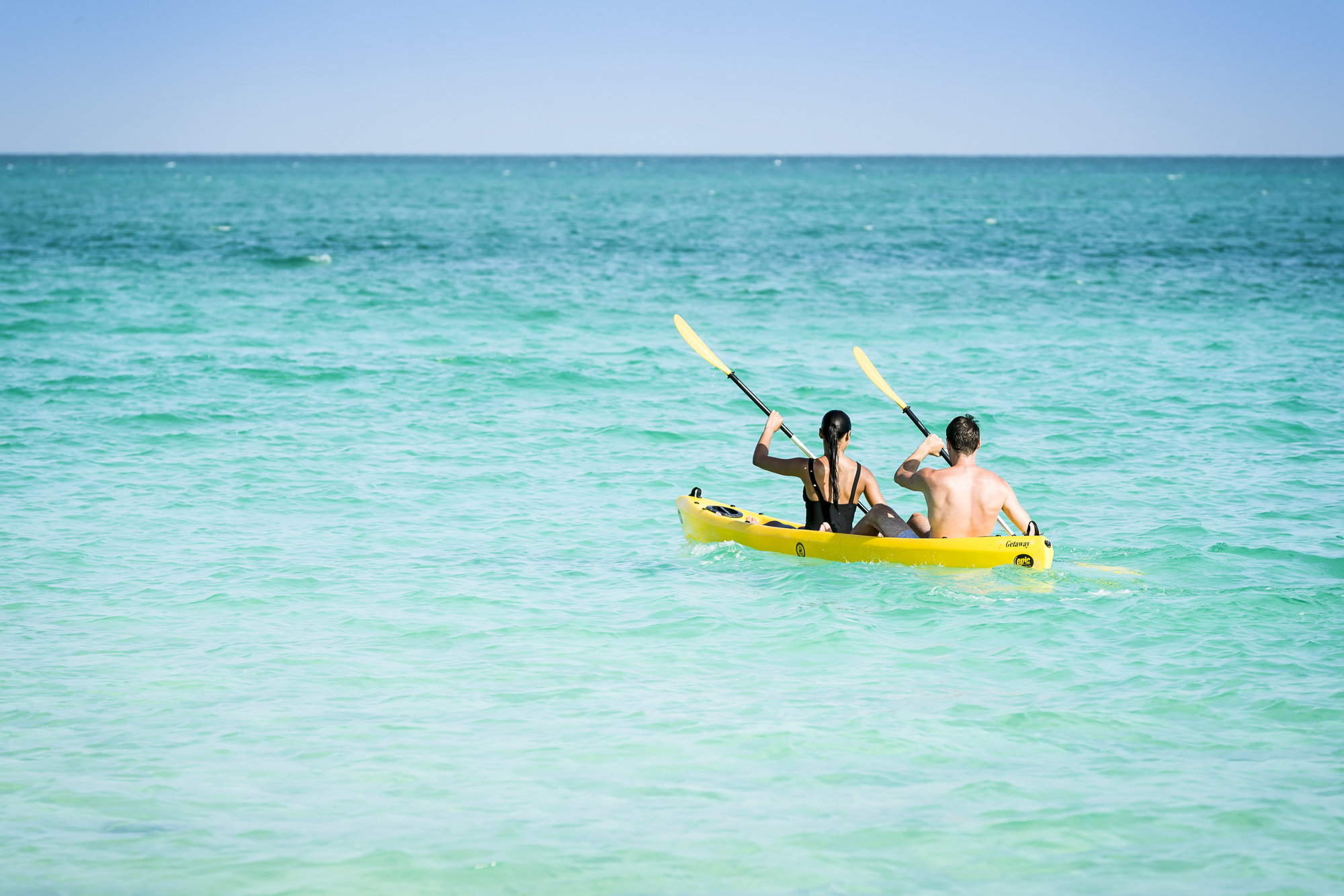 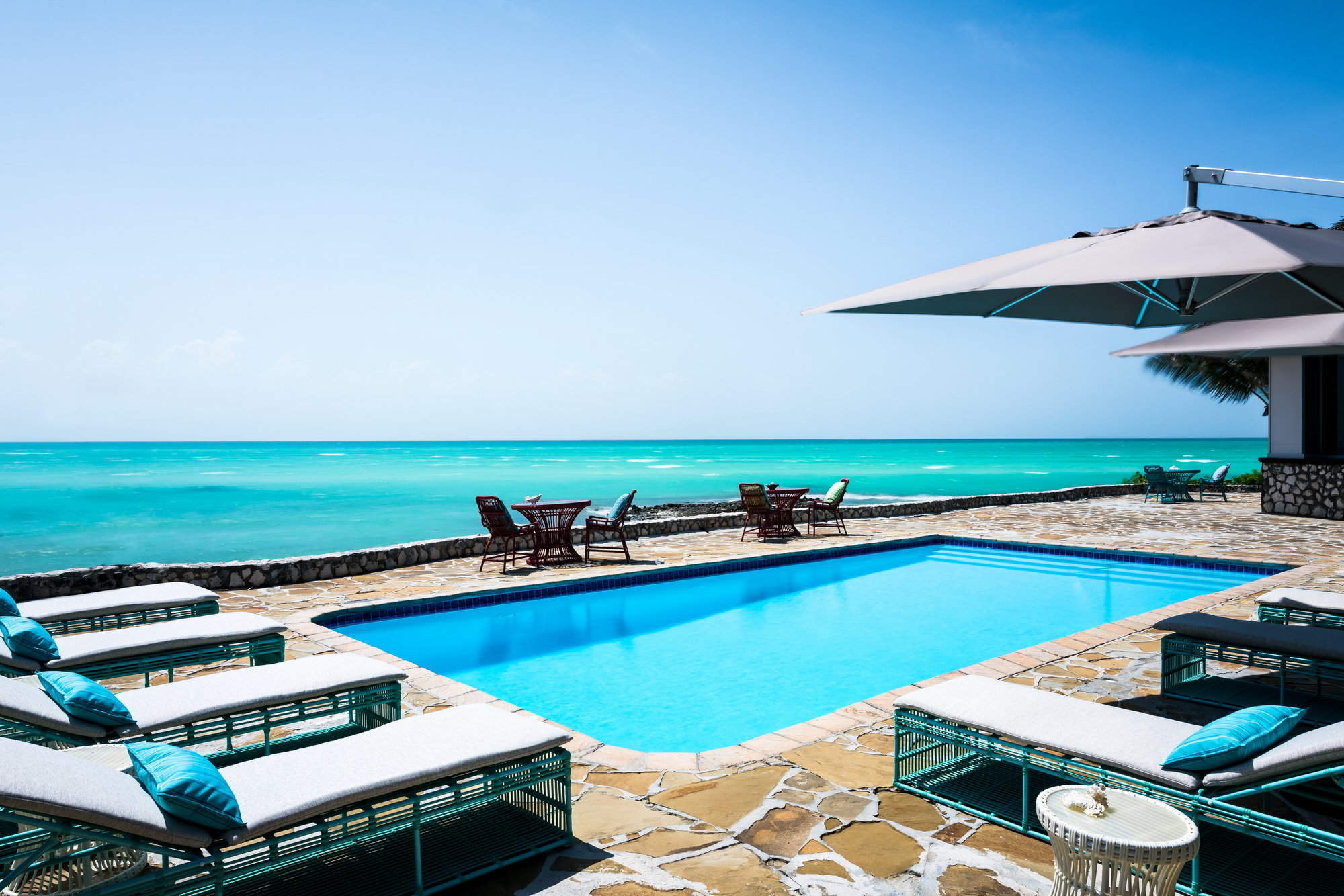 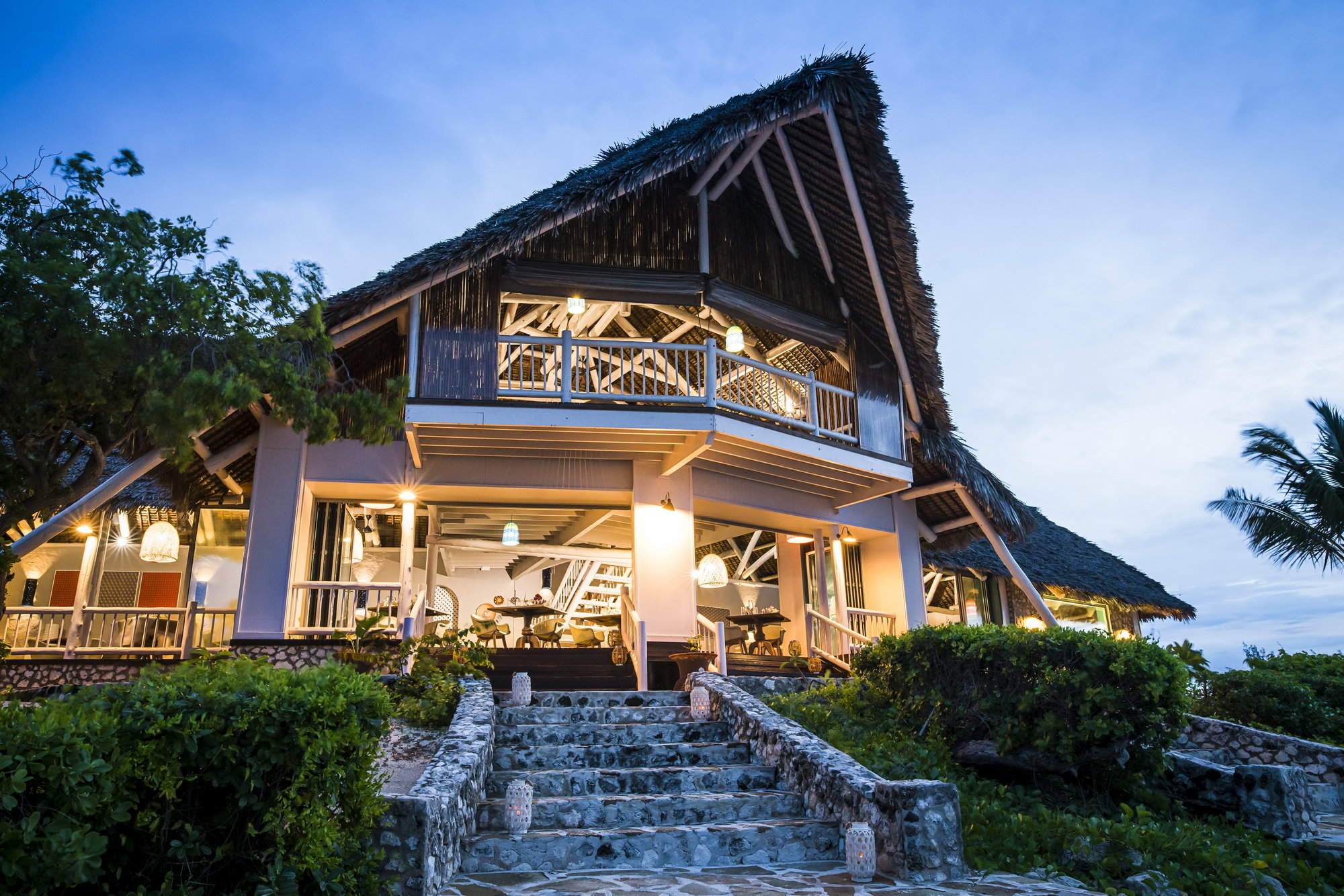 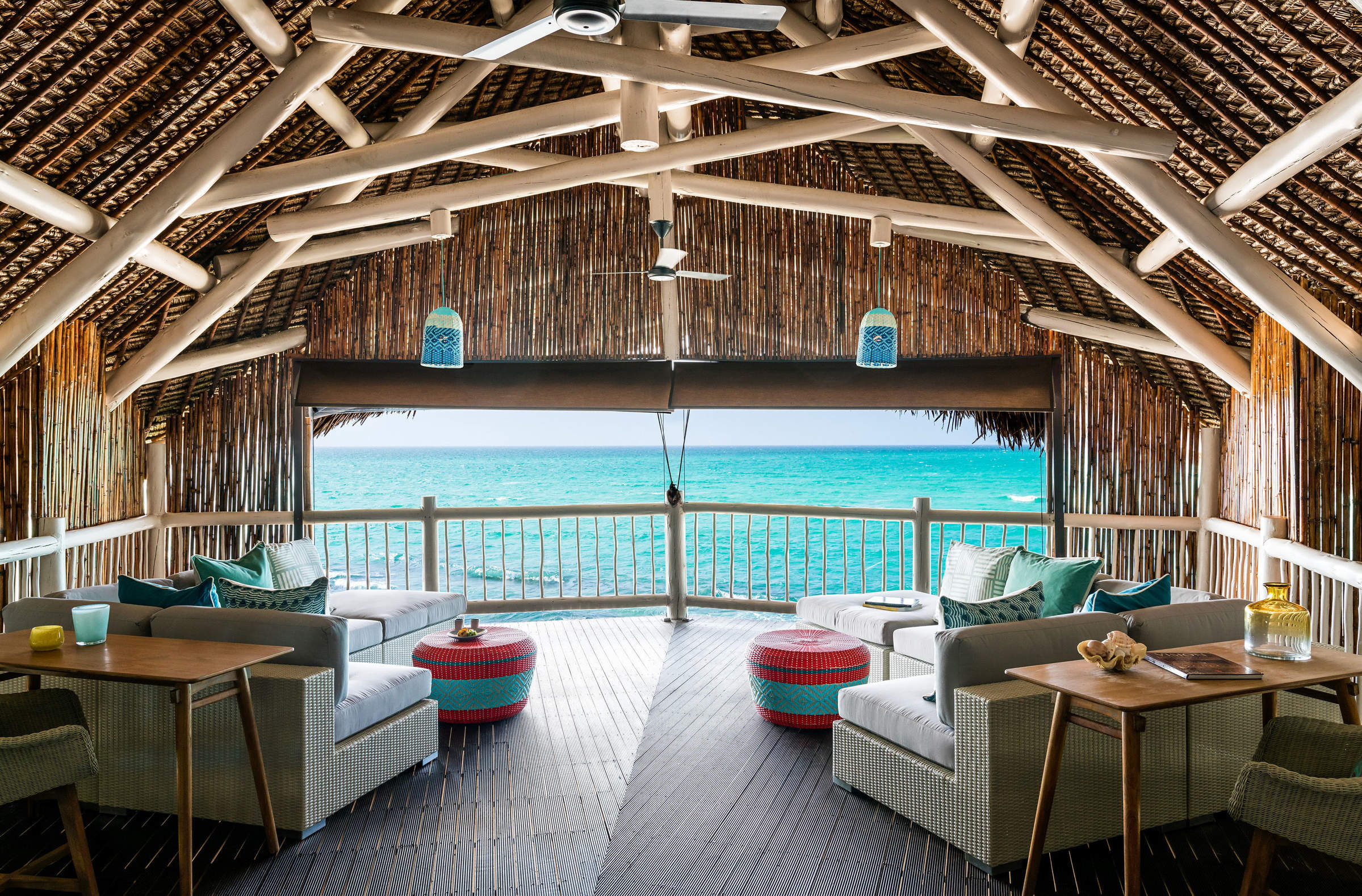 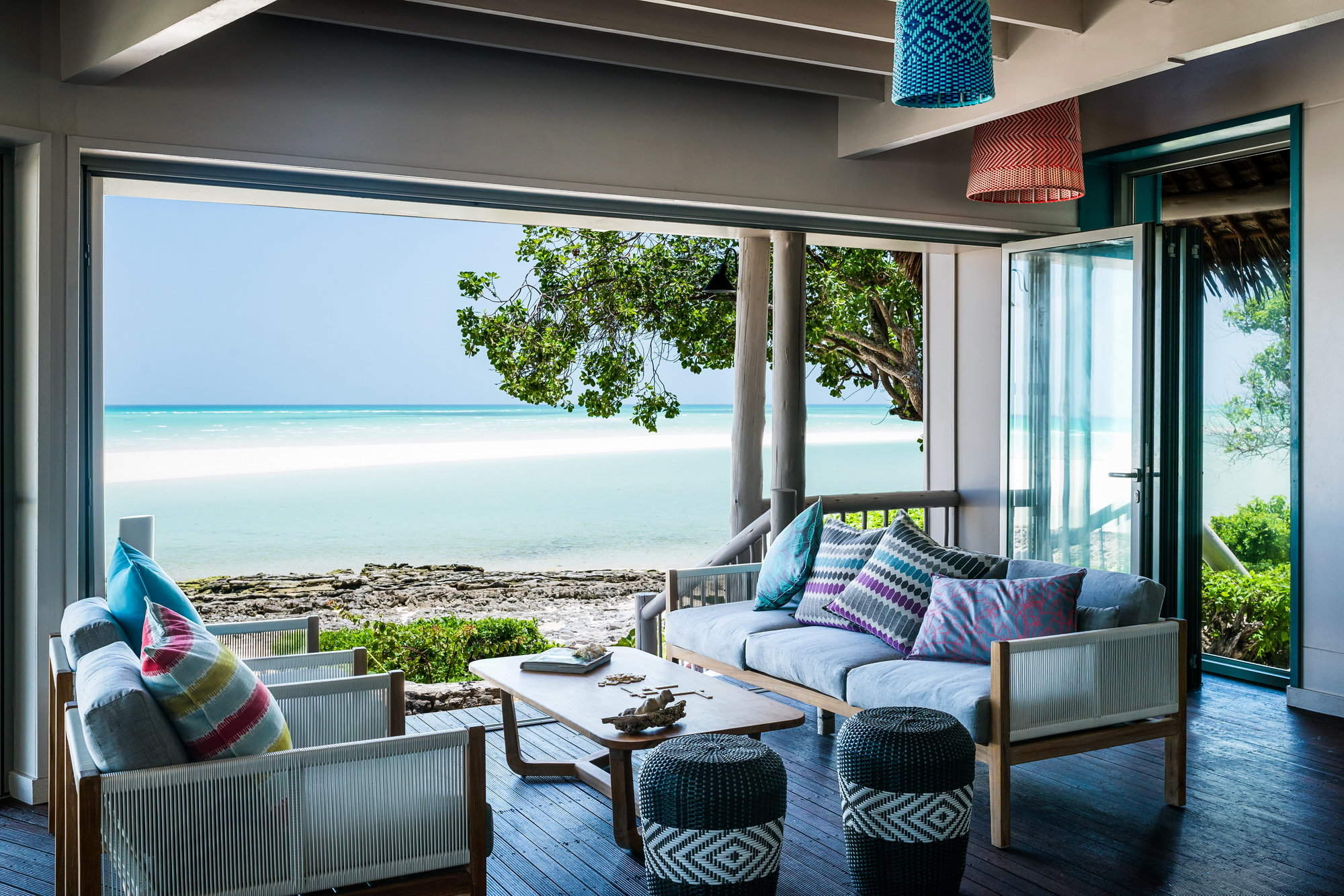 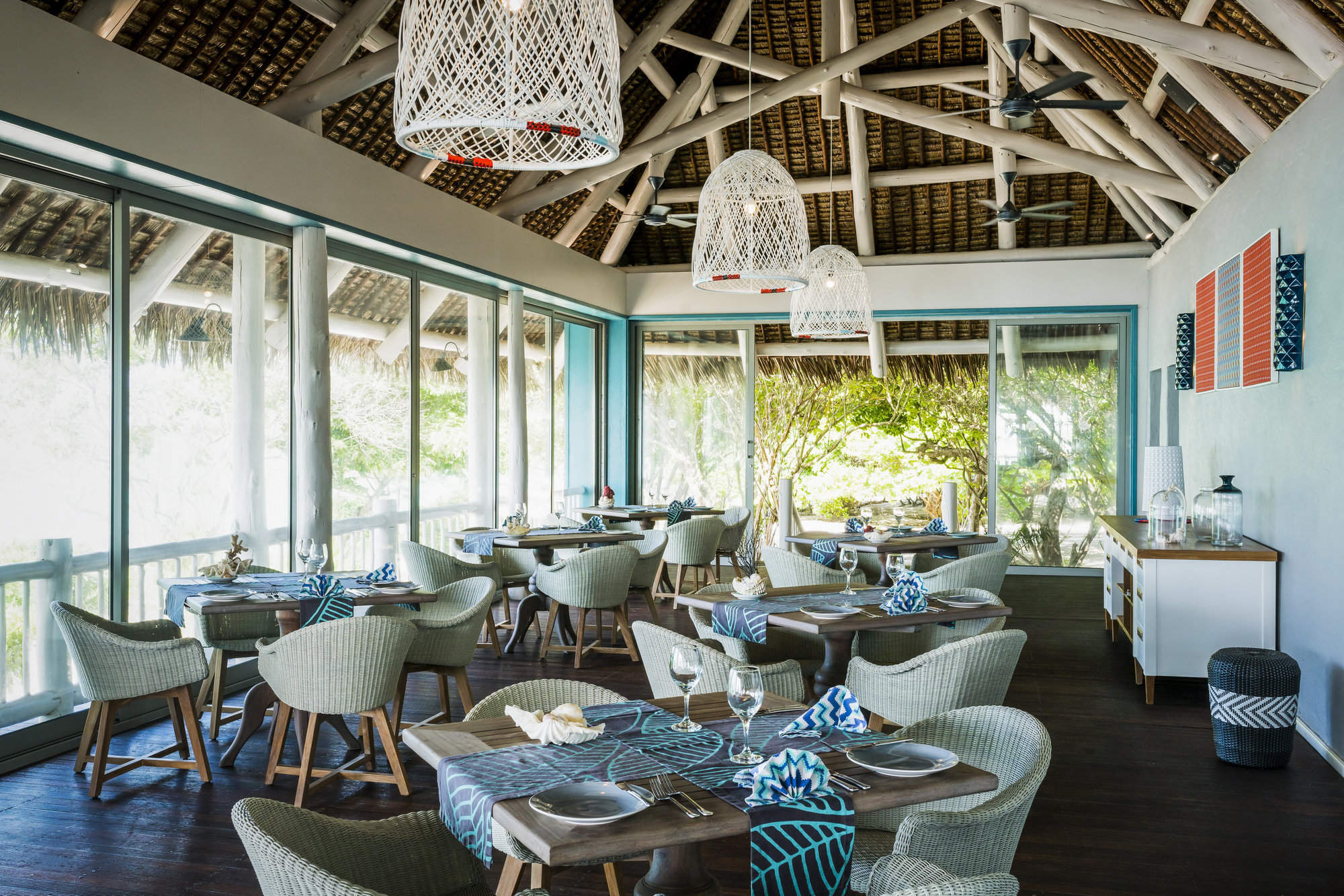 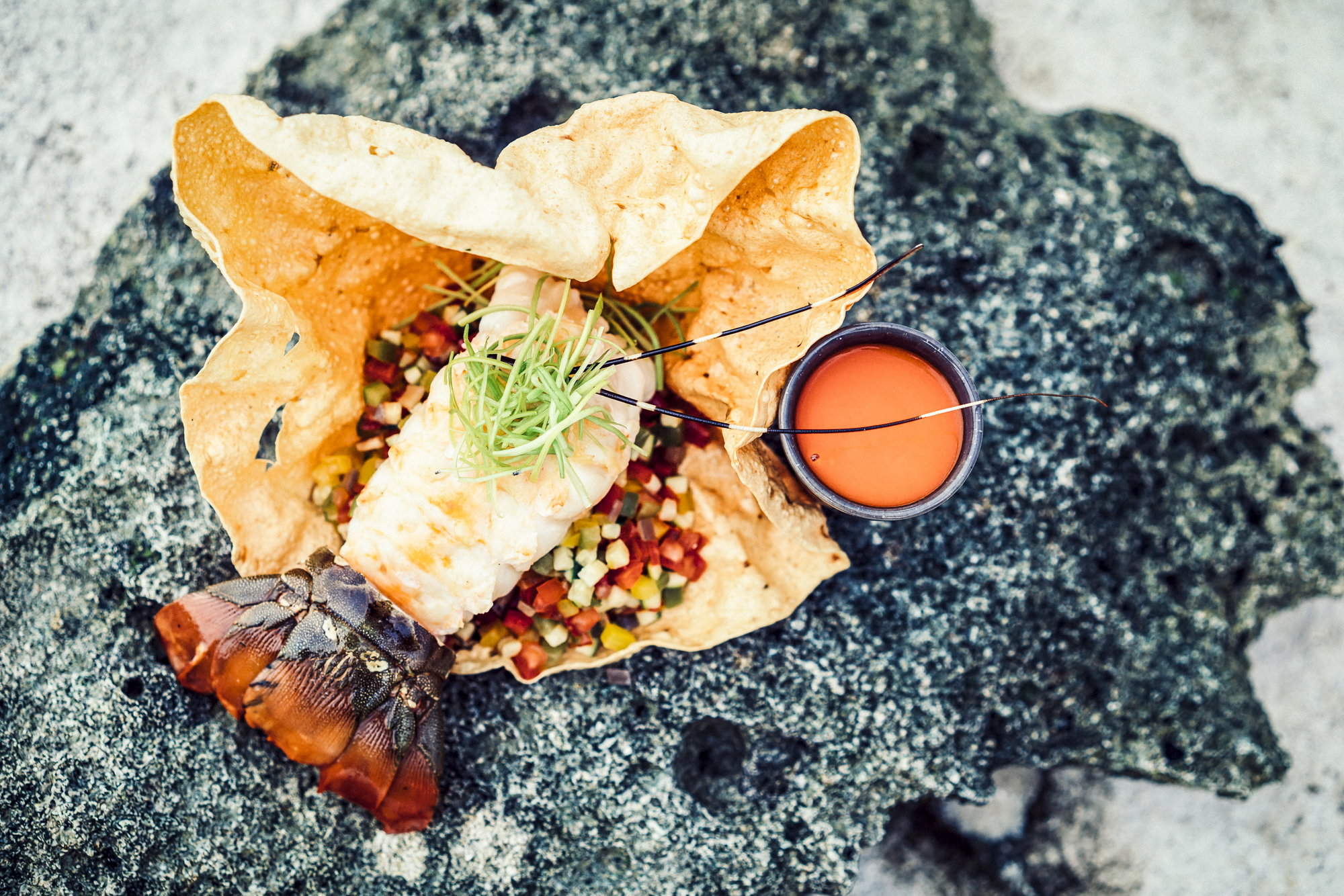 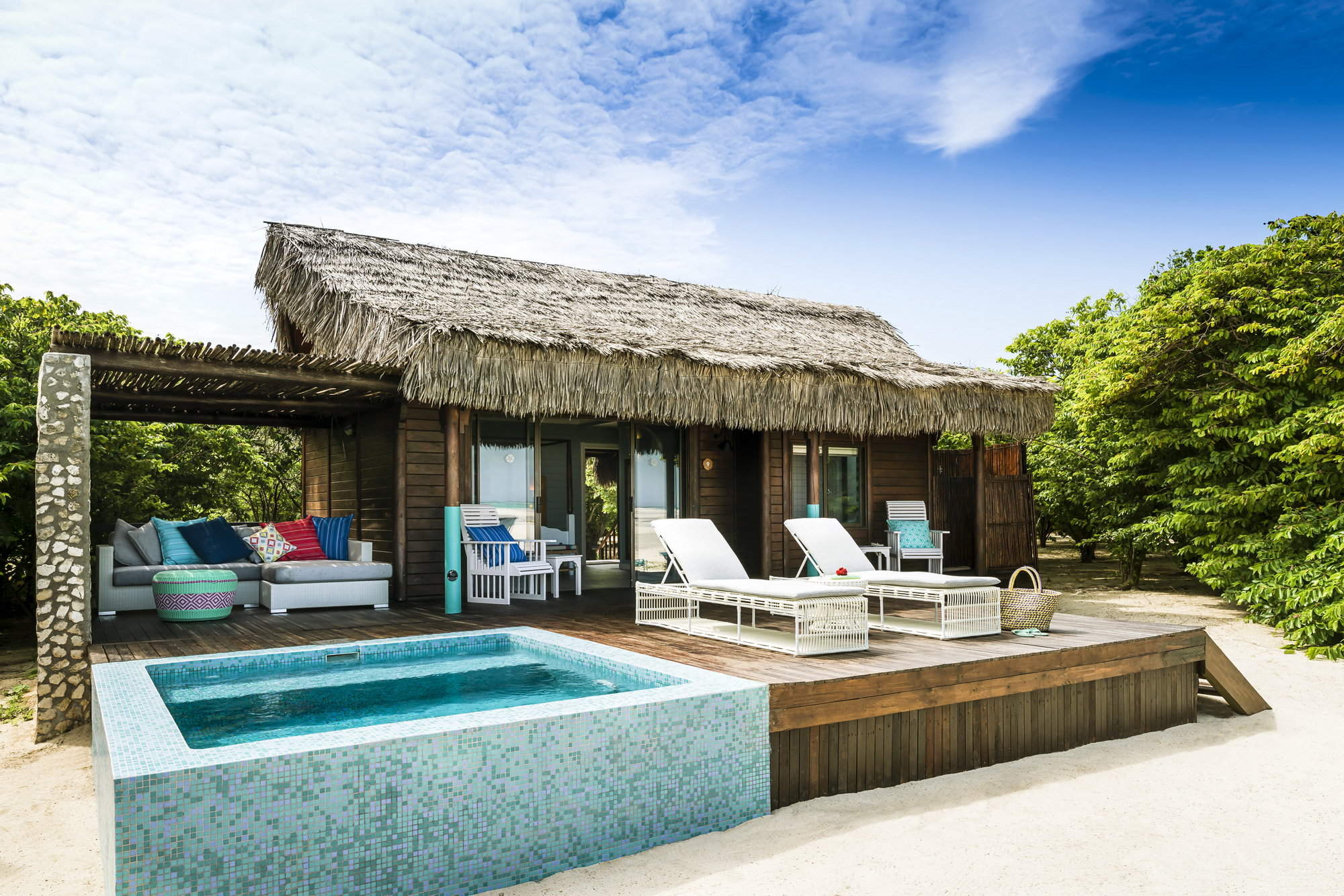 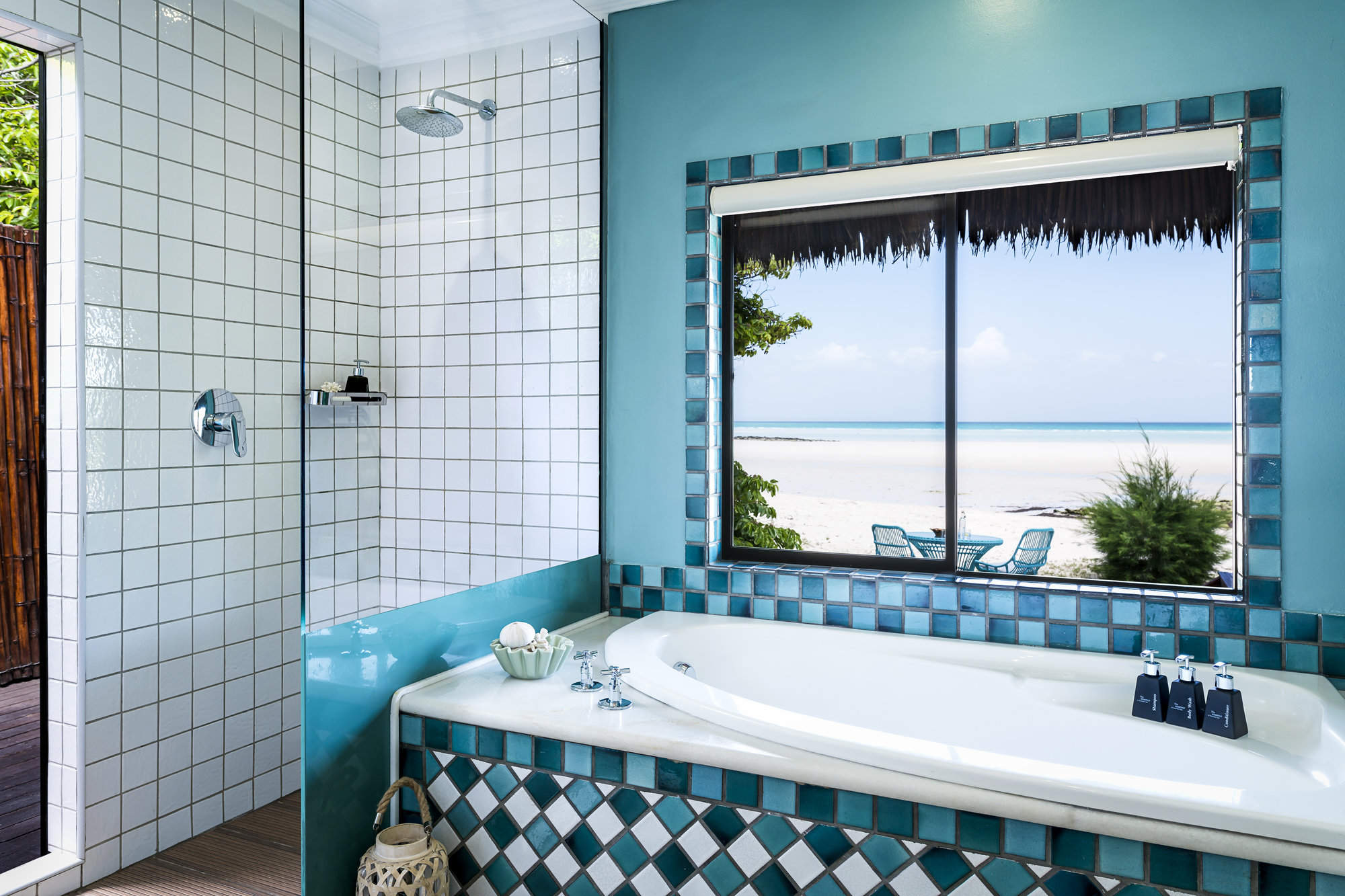 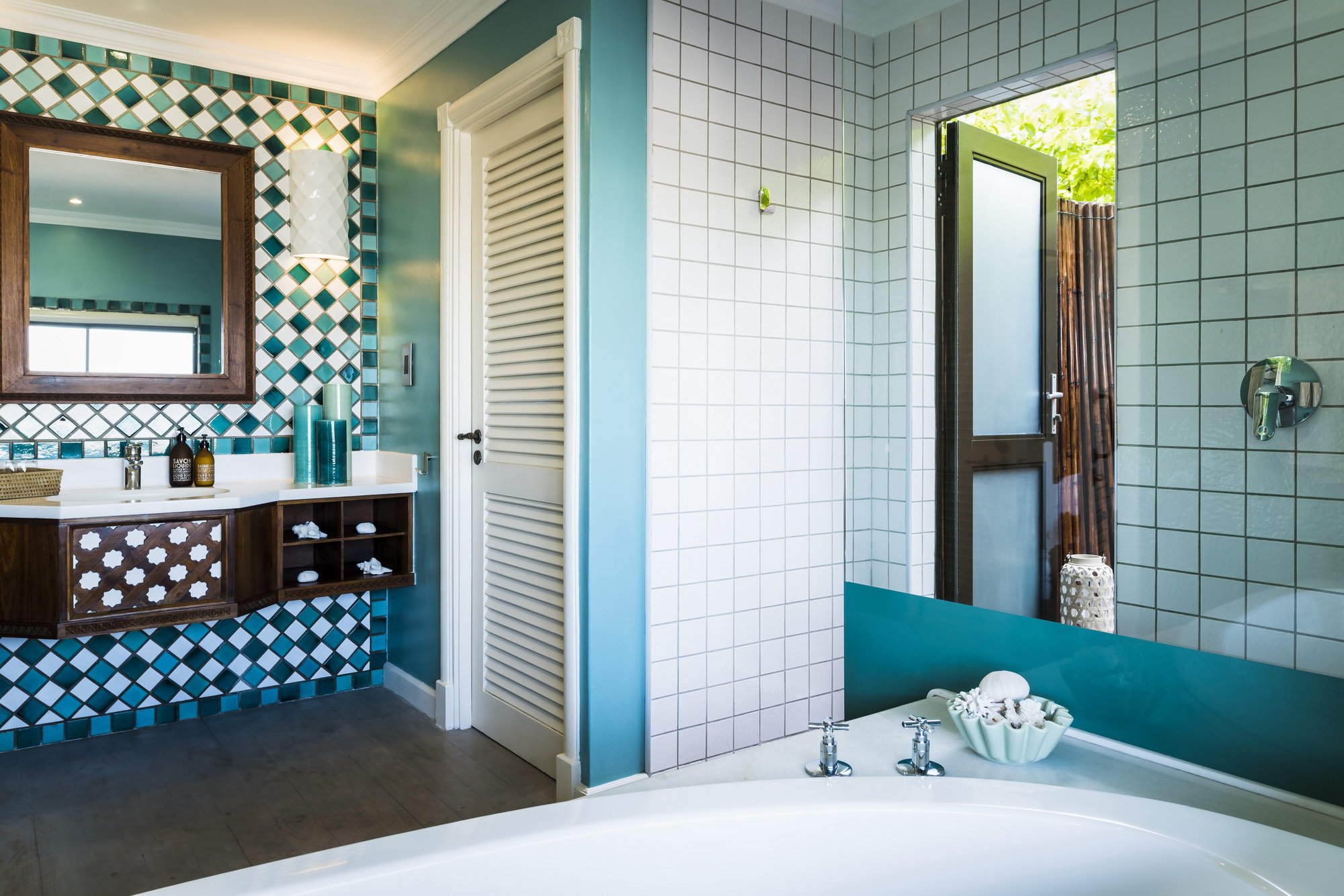 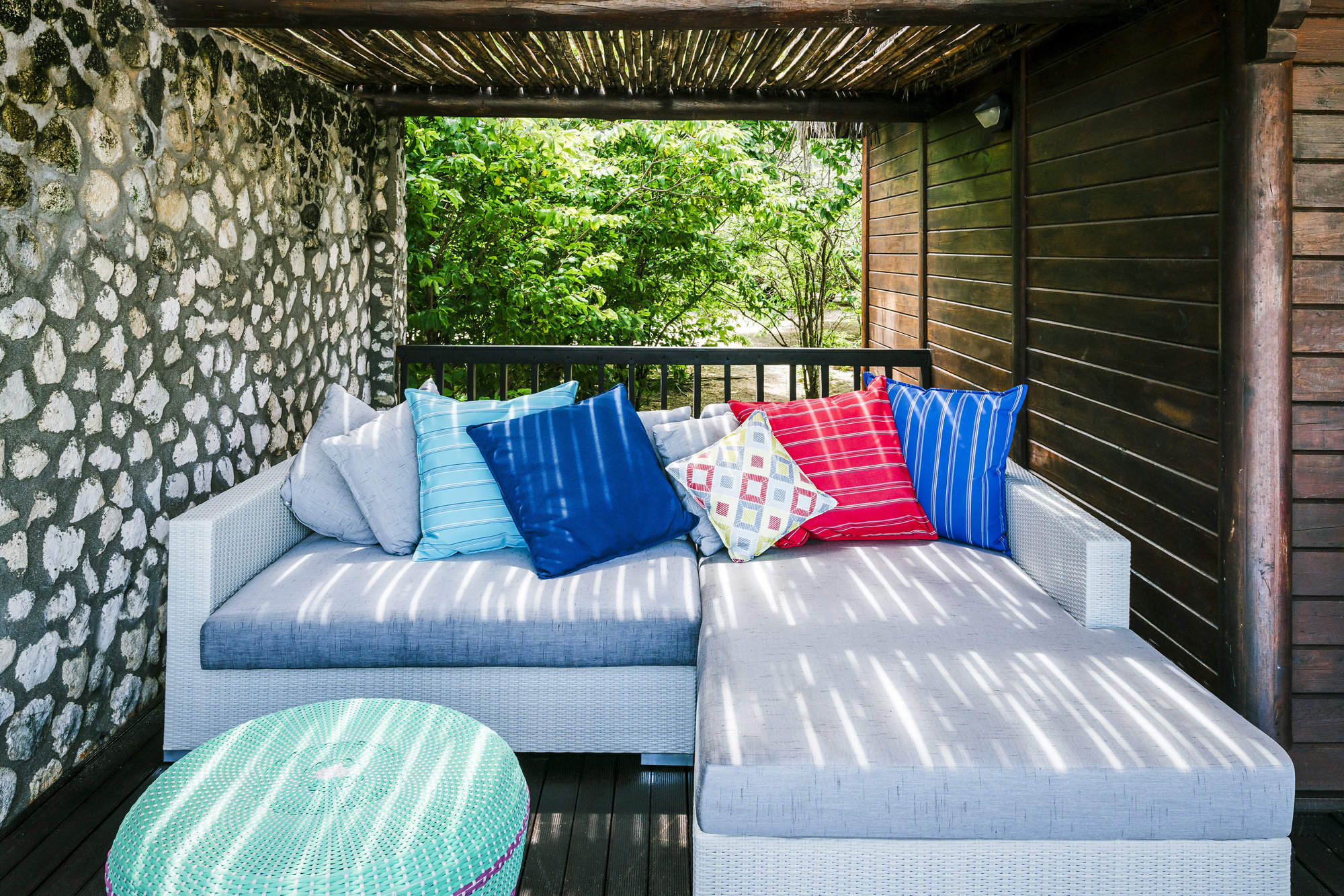 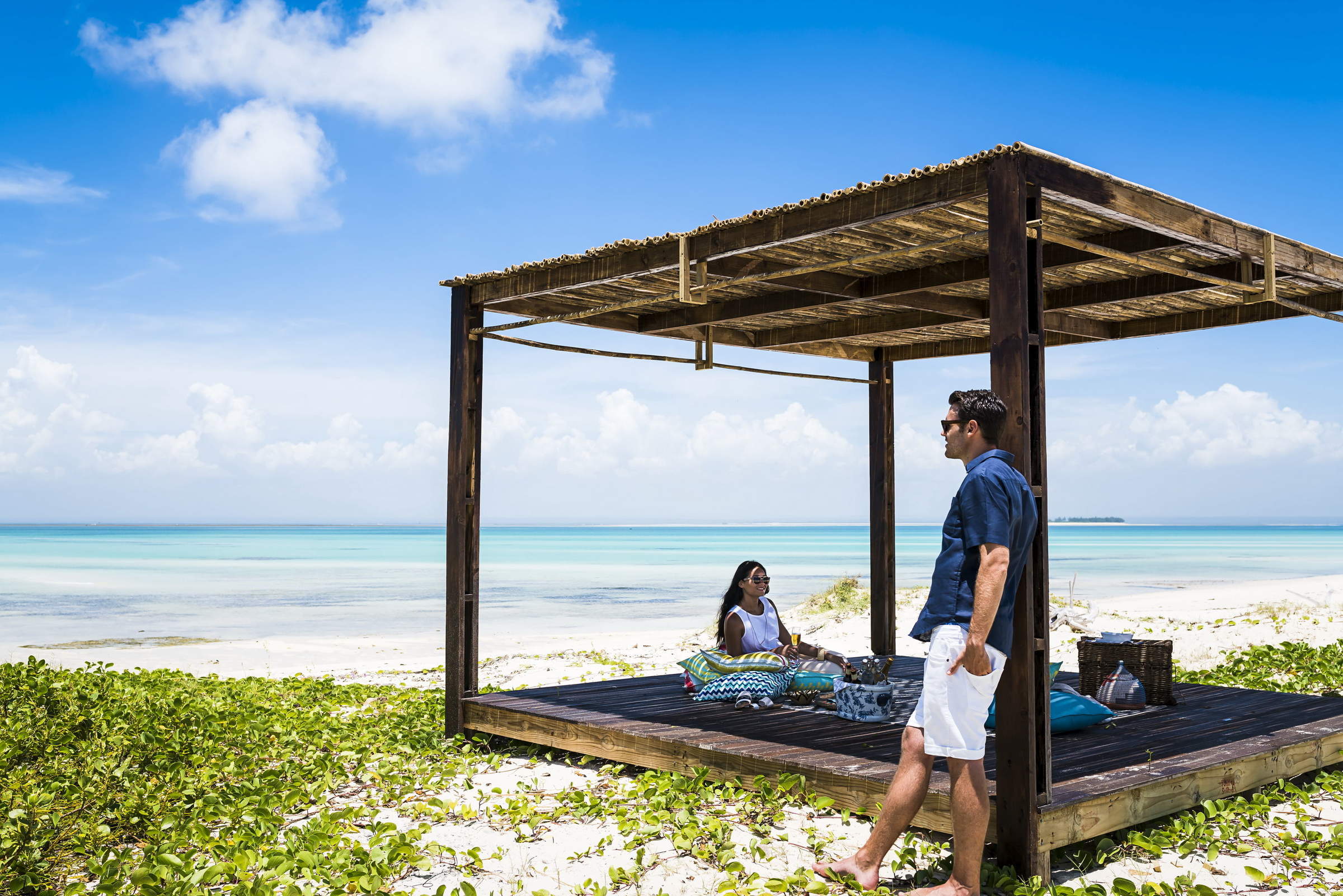 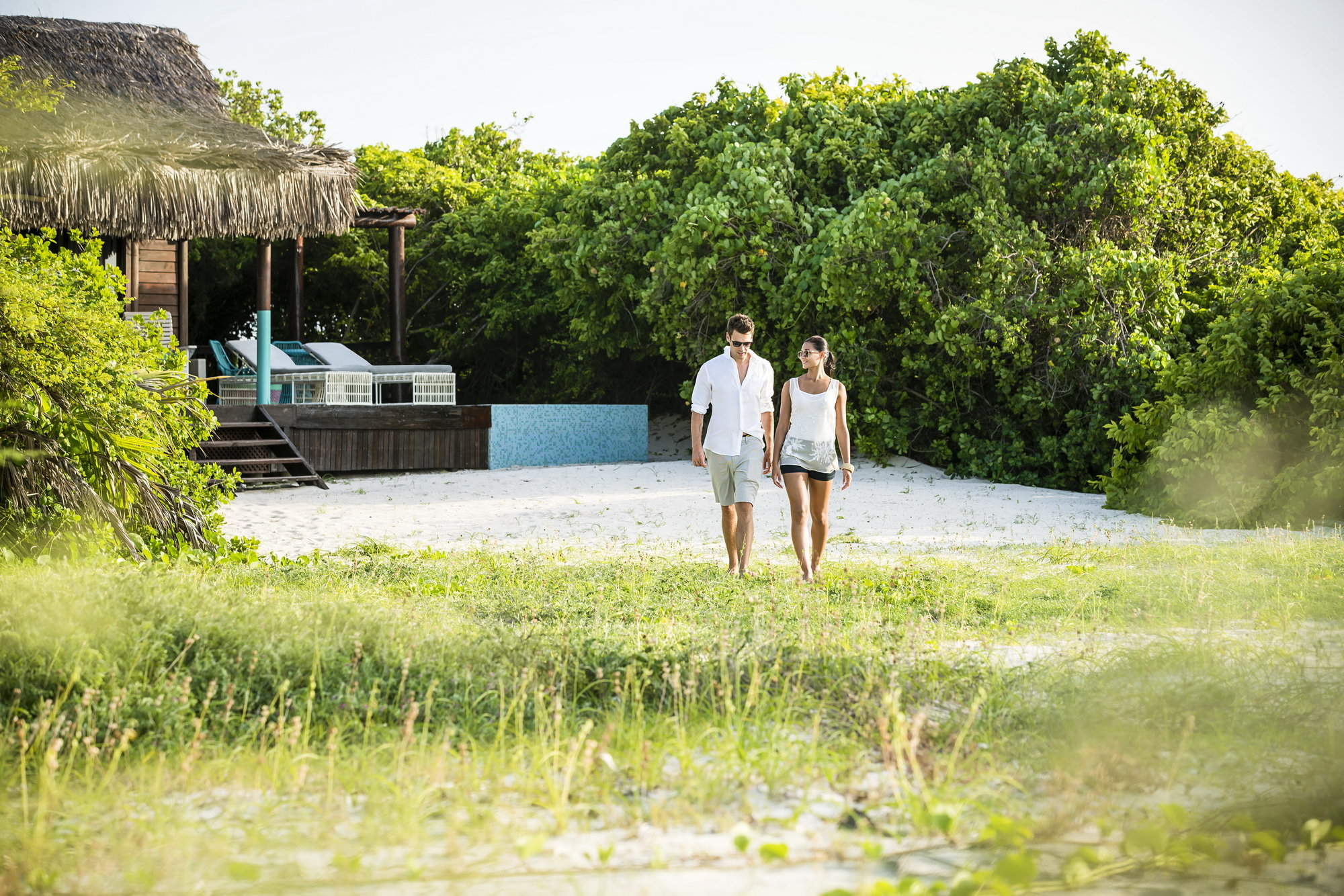 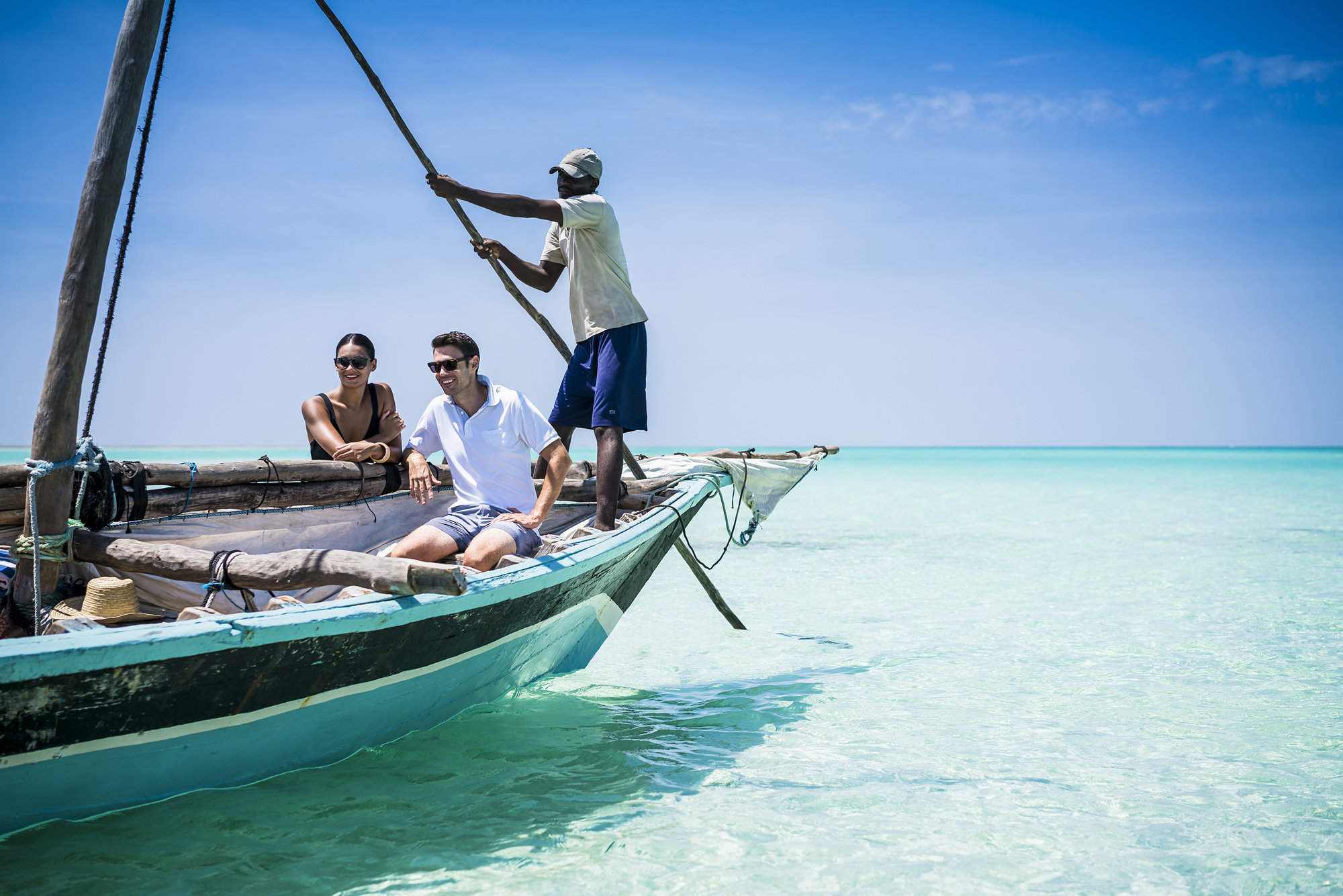 In 2004 and 2005, two sister-resorts opened in the Quirimbas Archipelago - each on its own island.

The first was Matemo, and the second was Medjumbe Private Island − which was originally named 'Medjumbe Island Resort'. This is the smaller and more exclusive of the two − and in many ways it's the flagship of Rani Resorts in Mozambique. The island of Medjumbe lies about 130km north of Pemba, and perhaps 40km north of Matemo.

We though the island of Medjumbe was stunning – the beach was a pristine powdery white and the sea a perfect turquoise blue. We loved the fact that Medjumbe Private Island is so small, as it makes it feel really exclusive. In regards to the location and surroundings it is probably our favourite island in the Quirimbas.

That said, although the island is very beautiful ... the lodge itself is slightly less memorable. The rooms are quite close together and there is a lack of coherency in the furnishings. But if you can live with the slight disappointment of the lodge on Medjumbe, and especially its rooms, then the island is well worth a visit.

When we travel we take lots of photos ourselves to give you a real and un-edited view of the holidays. See our 58 pictures and 1 videos of Medjumbe Private Island to get the candid view.

Look closer at the environment and surroundings of Medjumbe Private Island.

When to go to Quirimbas Archipelago

Our month by month guide: What it's like to visit Medjumbe Private Island in Quirimbas Archipelago

January is one of the wettest, hottest and most humid months in Mozambique, with average daytime temperatures reaching the low 30s °C, dropping only to around 24°C at night. Although the rain falls mostly as tropical downpours in late afternoon/evening, with the rest of the time sunny, there are definitely better times to visit. Diving is generally good, but visibility can be limited. Dolphins are abundant, but humpback whales have moved out and this is the last month with a reasonable chance of spotting whale sharks and manta rays. On beaches, turtles lay their eggs and by the end of the month some are beginning to hatch. After the busy Christmas/New Year period lodges are almost empty, so it’s a good time to avoid the “crowds”.

The hot, wet weather continues, with rainfall at its peak in February in the south, and temperatures as high as those experienced in January; this is also the start of the cyclone season. Such storms are relatively rare but when they do occur they bring widespread devastation and disruption. Although the sea is wonderfully warm, beaches can be pretty windy and diving at this time of the year can be more challenging, with choppier waters and sometimes pretty poor visibility. As such, lodges tend to have good availability. The chances of seeing manta rays and whale sharks are minimal now, but turtles are still laying eggs followed by hatchlings making a dash for the ocean.

Rainfall is still high, peaking in the north – where it continues for longer than in the south – and the threat of tropical cyclones remains (2019 saw Idai wreak havoc). Temperatures fall ever so slightly but it’s still hot, with daily temperatures averaging 30°C and nights around 23°C. It’s still pretty humid but this begins to drop away towards the end of the month when the weather generally starts to improve. Diving, as in previous months, can be OK with warm seas, but conditions are unpredictable, and visibility is still only fair. Of the key marine species, only dolphins are now regularly seen and the last of the turtle hatchlings make for the sea. Availability is usually good, but when Easter falls in March, lodges can get booked up early.

Although rain still lingers in the north, the rainy season in the south draws to an end. Temperatures are still high but as the rain peters out, humidity drops considerably and so it feels much more comfortable. There is still a small risk of tropical cyclones (as in 2019, when cyclone Kenneth hit), but these are usually extremely rare. Diving conditions improve with increased visibility and the sea is still warm, so April can be a lovely month for diving or a beach holiday. It is also excellent for fishing, with most of the game fish species being present. Lodges begin to see more visitors and can get especially busy over Easter.

As the rains cease in the north, May marks the start of the dry season across Mozambique (although the odd freak cyclone has been known to make landfall, this is exceptional). The days are warm and sunny, with low humidity and temperatures around 27°C, while evenings start to cool to around 16°C. It’s a really good month to visit coastal areas and as such the lodges get a bit busier and prices start to rise. Diving continues to improve with good visibility and calm waters, and the excellent game fishing conditions continue. Lastly, Mozambique’s biggest international music festival, Azgo, takes place in Maputo during May.

Good weather continues with pleasantly warm days, clear skies and a bit of a breeze – ideal for a relaxing beach holiday. Diving conditions are near perfect with good visibility, though note that sea temperatures are dropping by a couple of degrees. Southern right whales start appearing along the coastline. The excellent deep-sea fishing continues. On Ibo Island in the Quirimbas Archipelago, 24 June sees the Feast of St John the Baptist – celebrated as Kueto Siriwala (“to not forget your roots”) day. Expect dhow races as well as traditional music and dance. Lodges are getting busier and with Mozambique’s month-long summer holiday beginning in late June, it’s advisable to book well in advance. This is one of the best months and prices increase, reflecting the move into this peak season.

The dry season is now in full swing so clear blue skies abound. Warm, sunny days and cool evenings continue, with average temperatures between 25°C during the day and 16°C at night. July is definitely one of the best months to visit the Mozambique coast, though beaches can be a little windy. Humpback whales begin making their long annual migration from Antarctica to the warmer waters off East Africa to calve; if you’re lucky you may get to see them, especially at the end of the month. Diving and snorkelling conditions are reaching optimum levels with generally excellent visibility, though the water is now chilly by Mozambique standards. Fishing is still very good for most game species. Lodges are filling up due to northern hemisphere school holidays.

As in July, the days are lovely and warm – great for lying on a beach, though there’s a slight chill to the evenings and the sea is at its coolest at around 16°C. This is one of the best times to visit Mozambique, and is a great month for diving as visibility now reaches its peak, but it can be a bit windy. Humpback whale numbers are increasing, and manta rays and whale sharks start to appear, though are not a common sighting. Fishing drops off a bit but some species such as sailfish and queen mackerel are still taking bait. August is very popular – probably the busiest month – so lodges can be quite full and family-friendly resorts will have more children around.

In September, temperatures begin to climb and warm, sunny days continue, although evenings are still cooler (averaging around 28°C in the day and 19°C at night); this is historically the driest month in Mozambique. Whale watching is getting even better as numbers increase and, as in August, diving and snorkelling conditions are excellent with great visibility. Sightings of whale sharks and manta rays begin to increase, and while dolphins are seen throughout the year, September is the start of the best dolphin-viewing period. The fishing is good with marlin, sailfish and kingfish all possibilities. Although the school holidays have ended it is still high season and still a popular month – it’s our favourite month here.

October is the hottest of the dry months with daytime temperatures peaking at around 30°C and evenings feeling balmy at around 20°C. With the heat building, the rains can begin right at the end of the month. The fishing is very good, especially for the bigger game fish like marlin. October is also considered the best month for whale watching, and one of the best for dolphins, which are present in good numbers. The chances of seeing whale sharks and manta rays also increase as the seas warm up; this, and the next two months, are best for sightings. Like August and September, October is also excellent for diving and snorkelling, with superb visibility, thus it’s another popular month, and carries peak season prices.

As the dry season ends and the wet season starts, the weather becomes a lot more unpredictable. Days are very hot with humidity increasing, though rainfall is still fairly low. November heralds the return of turtles coming ashore to nest and lay their eggs. With visibility still pretty clear, diving and snorkelling conditions remain good. There is still a decent chance of seeing humpback whales before they begin heading off towards the end of the month, whilst sightings of whale sharks and manta rays remain good, and dolphin sightings excellent. Fishing for certain species, especially kingfish and marlin, remains excellent. It’s no longer high season so prices of some lodges come down.

Days are still hot, with rising humidity making it feel a lot stickier. Average daytime temperatures hit 31°C+, with evenings around 23°C. December is one of the rainiest months, but expect short sharp thunderstorms as opposed to lengthy rainfall. The turtle-nesting season is now in full swing, so seeing females laying their eggs becomes a possibility. As humpback whales head back south, sightings become scarce, but dolphins, whale sharks and manta rays are still present in good numbers. Fishing for marlin, bonito and kingfish is still excellent. Sea visibility is generally good, but it can become a little hit and miss as the sun and warm seas encourage plankton blooms. Christmas and New Year are very popular periods despite invariably carrying price supplements.

Azura at Quilalea is a small, high-quality lodge on a very lovely and remote private island - which has no malaria, but great snorkelling and diving right off the beach.