Quirimbas Archipelago is an isolated and remote area.

It’s the perfect place to escape and relax.

An isolated and remote area: probably the last stretch of East African coastline where the marine environments and beaches are ecologically pristine and largely unexplored.

The most spectacular jewels in Mozambique's marine crown rest in its Cabo Delgado Province, in the far north. The Quirimbas Archipelago (or 'Ilhas Quirimbas' as they're known in Portuguese) are a beautiful string of islands, often fringed by gorgeous beaches, which lie about 2,500km from Maputo.

Lying just offshore and stretching for 200km, the Quirimbas Archipelago consists of 12 major islands; about 20 smaller, coralline outcrops; and endless sand-bar beaches . As a safeguard for the future, The Quirimbas National Park protects a large part of the archipelago's southern side.

Development here is still in its infancy; the beach lodges (they're all smaller than what we'd normally think of as 'beach resorts') are all fairly new, and many of their staff are being trained up on the job. So if you want slick, first-world service and precise attention to detail - then these might not be for you. (Better look towards Zanzibar or the Bazaruto Archipelago, in Mozambique's south, both of which have had years of practice with visitors!) 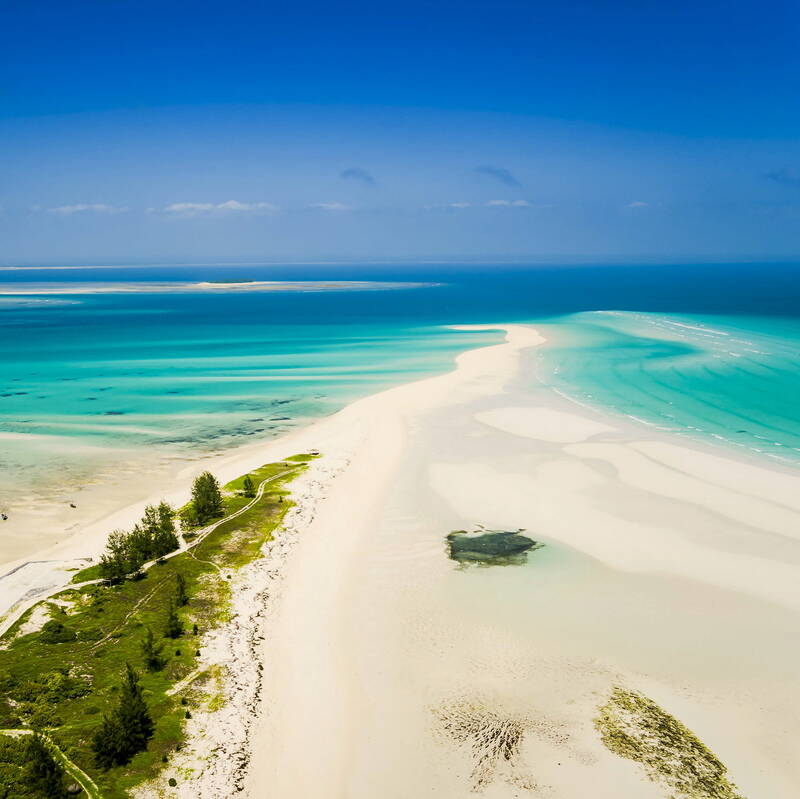 Choices for where to stay in Quirimbas Archipelago

Most recent reviews of our beach holidays to Quirimbas Archipelago

Click below to browse all 24 reviews from Quirimbas Archipelago.
All from our travellers; all are in full & unedited.

"This trip to Mozambique was one of the most beautiful trips we've ever done. …" Read Ms P & family’s full holiday review

Mr A from Washington DC

"Another Great Adventure through Expert Africa"

Mr B from Netherlands

Mr & Mrs B from Berkshire

"We had a wonderful trip. The places more than lived up to our expectations. …" Read Mr & Mrs M’s full holiday review

When to go to Quirimbas Archipelago

Our month by month guide: What it's like to visit Quirimbas Archipelago in Mozambique

Useful information and advice to help you prepare for a trip including Quirimbas Archipelago.