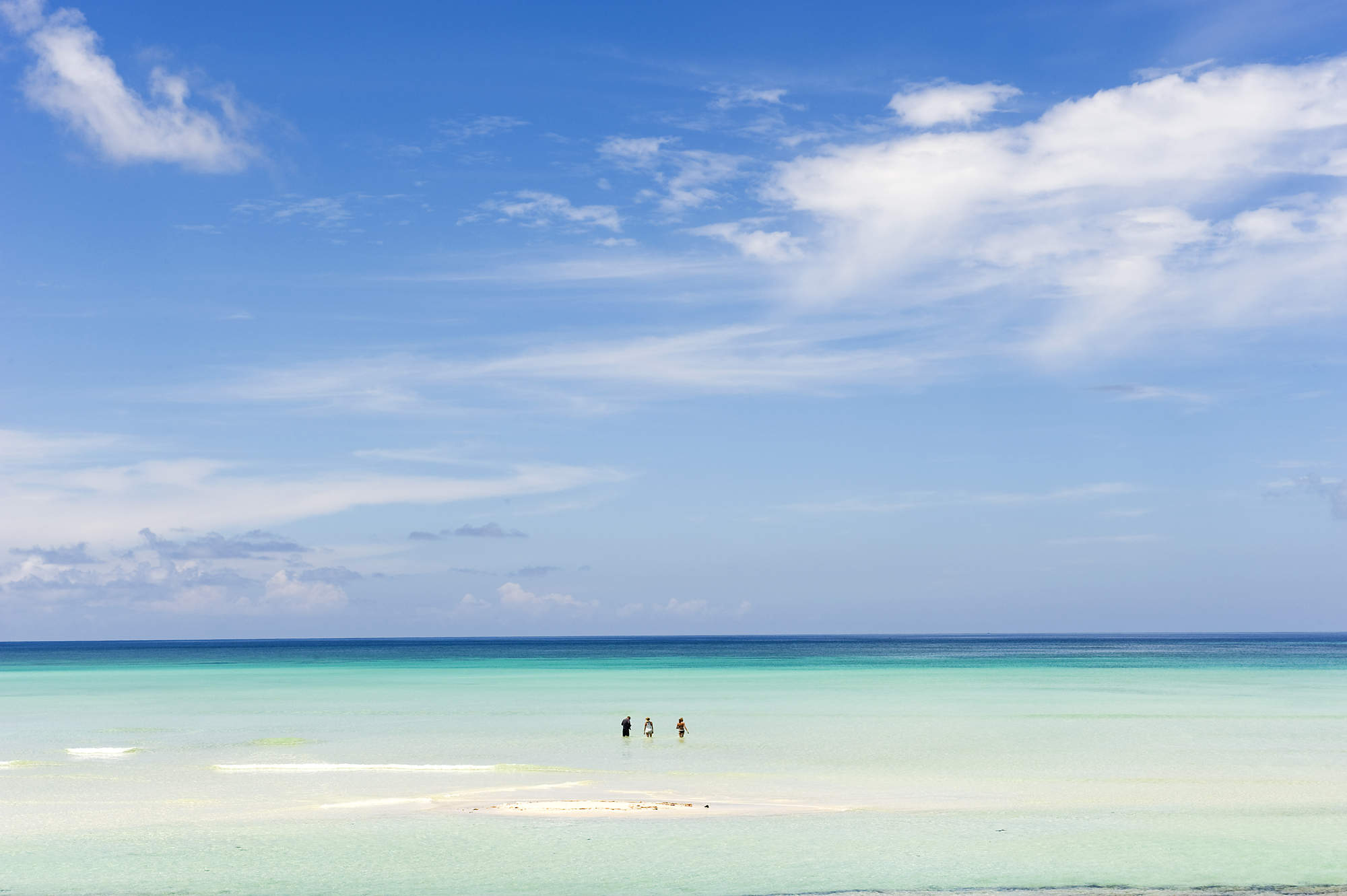 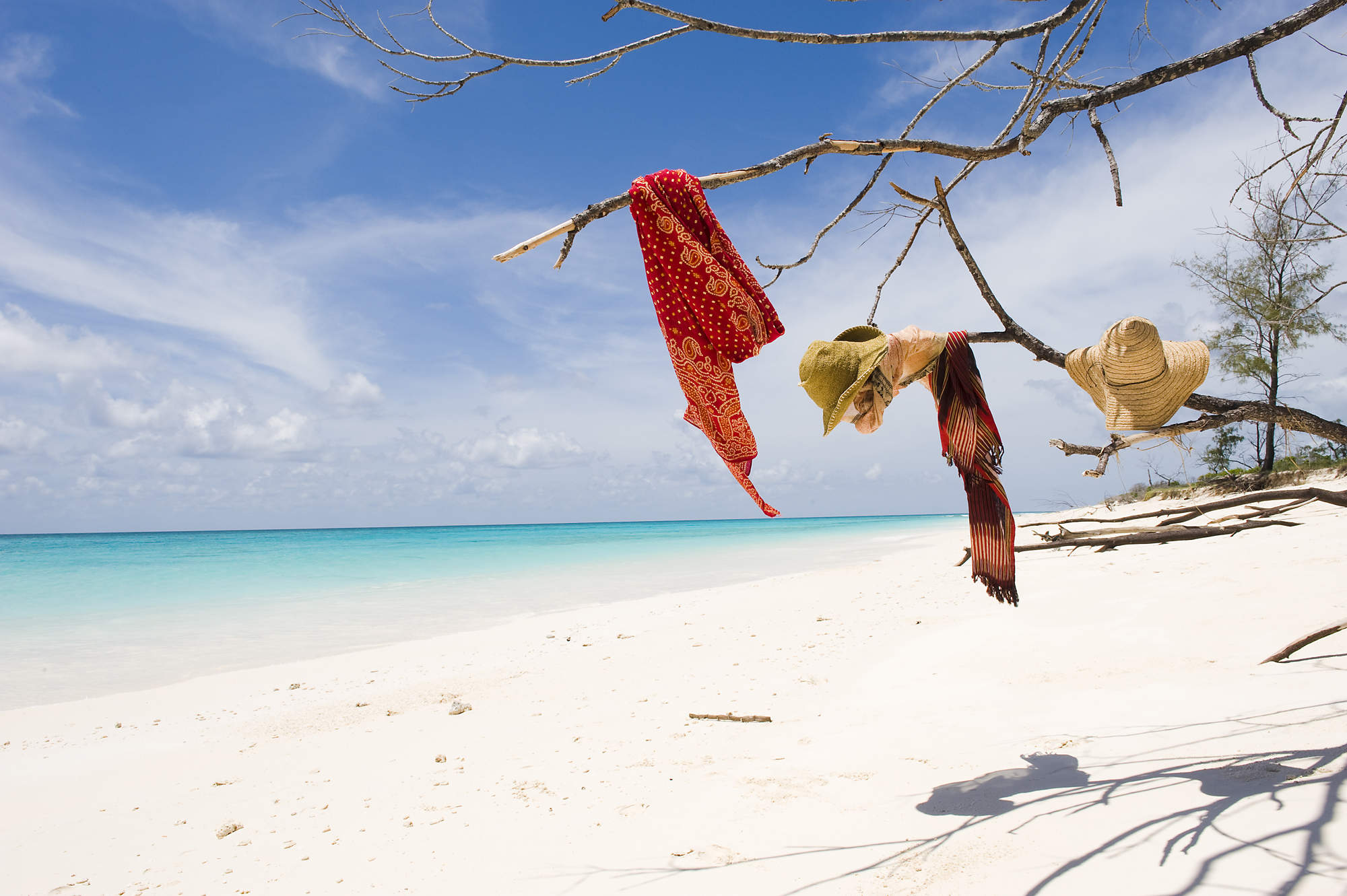 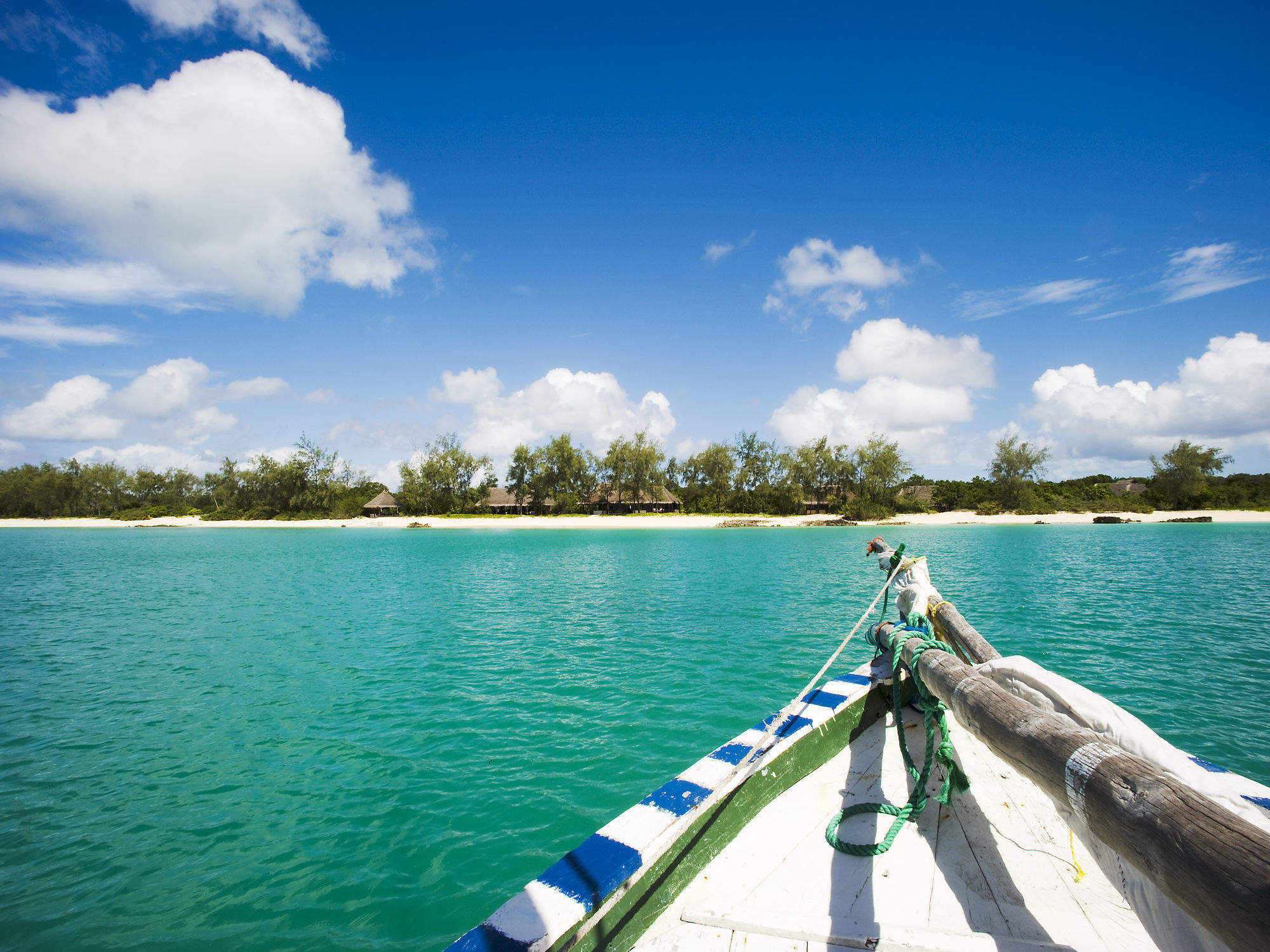 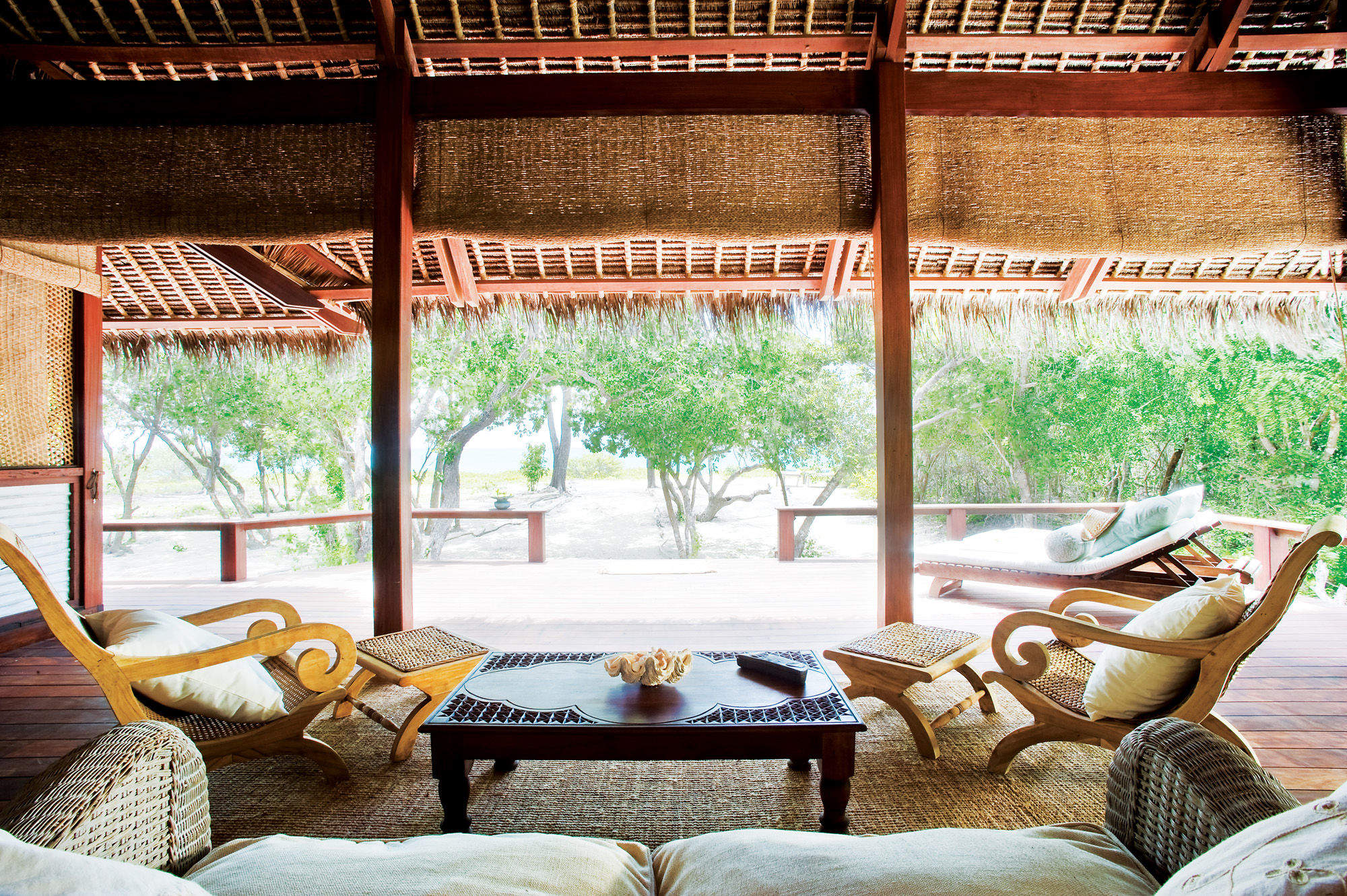 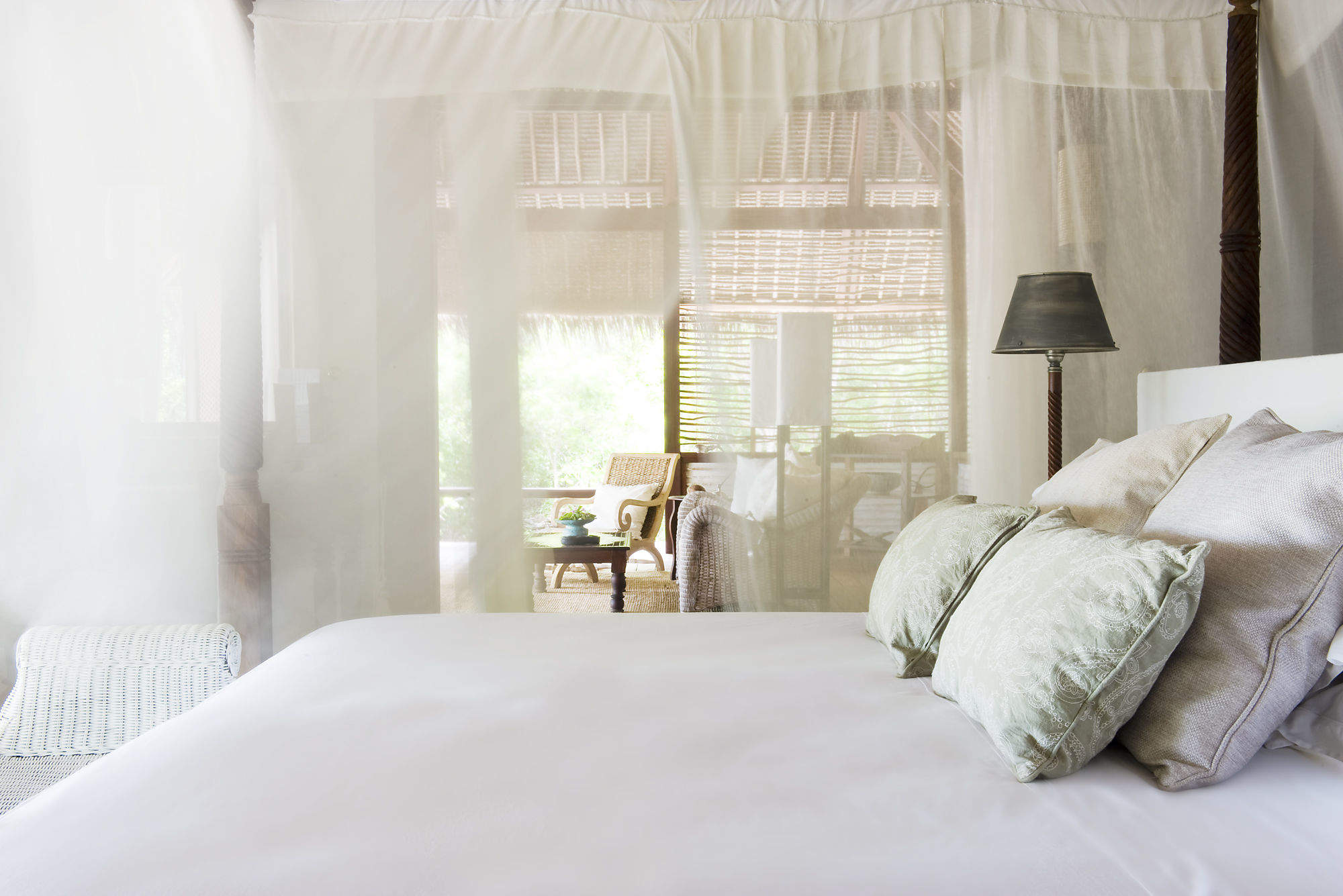 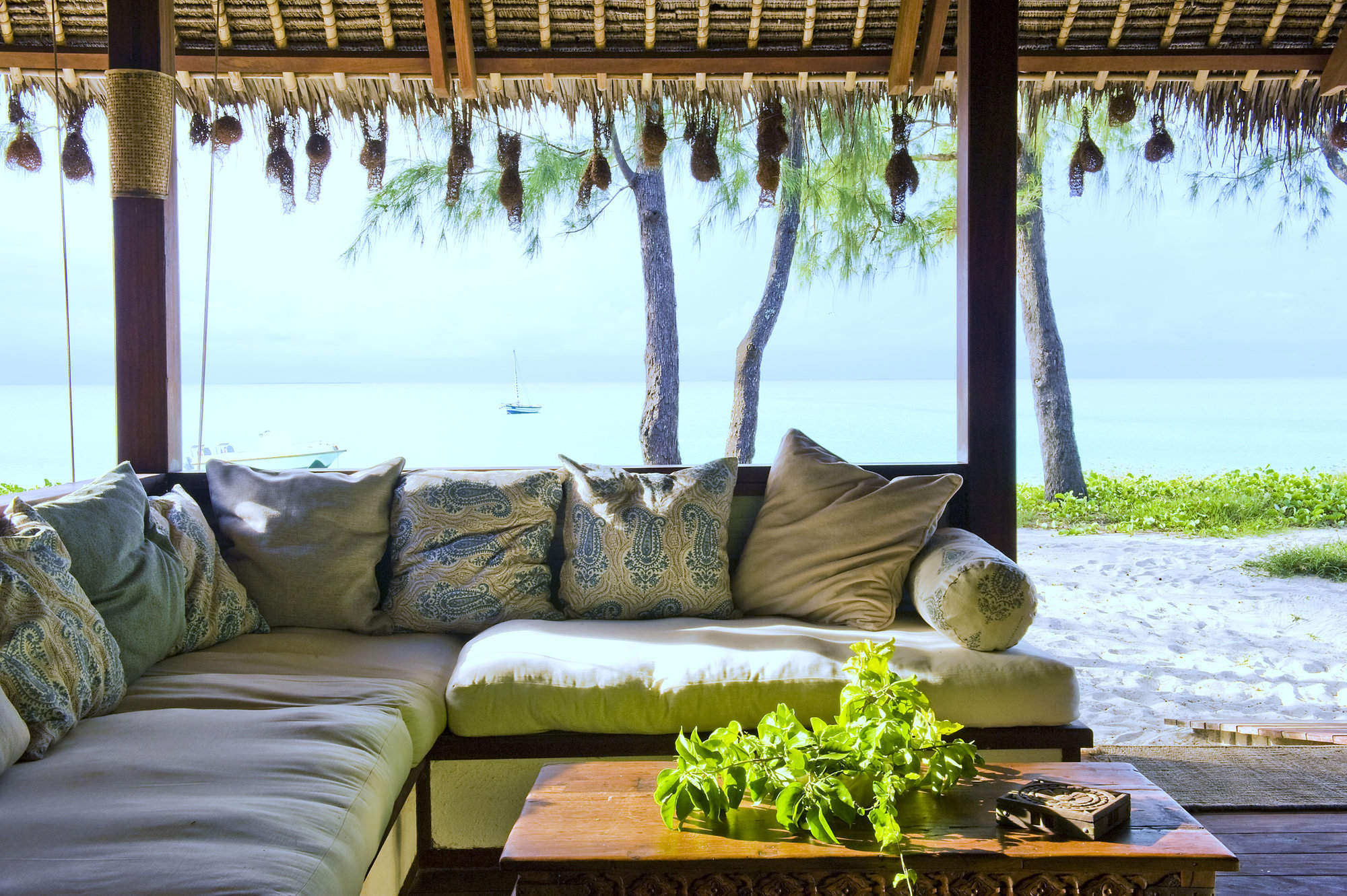 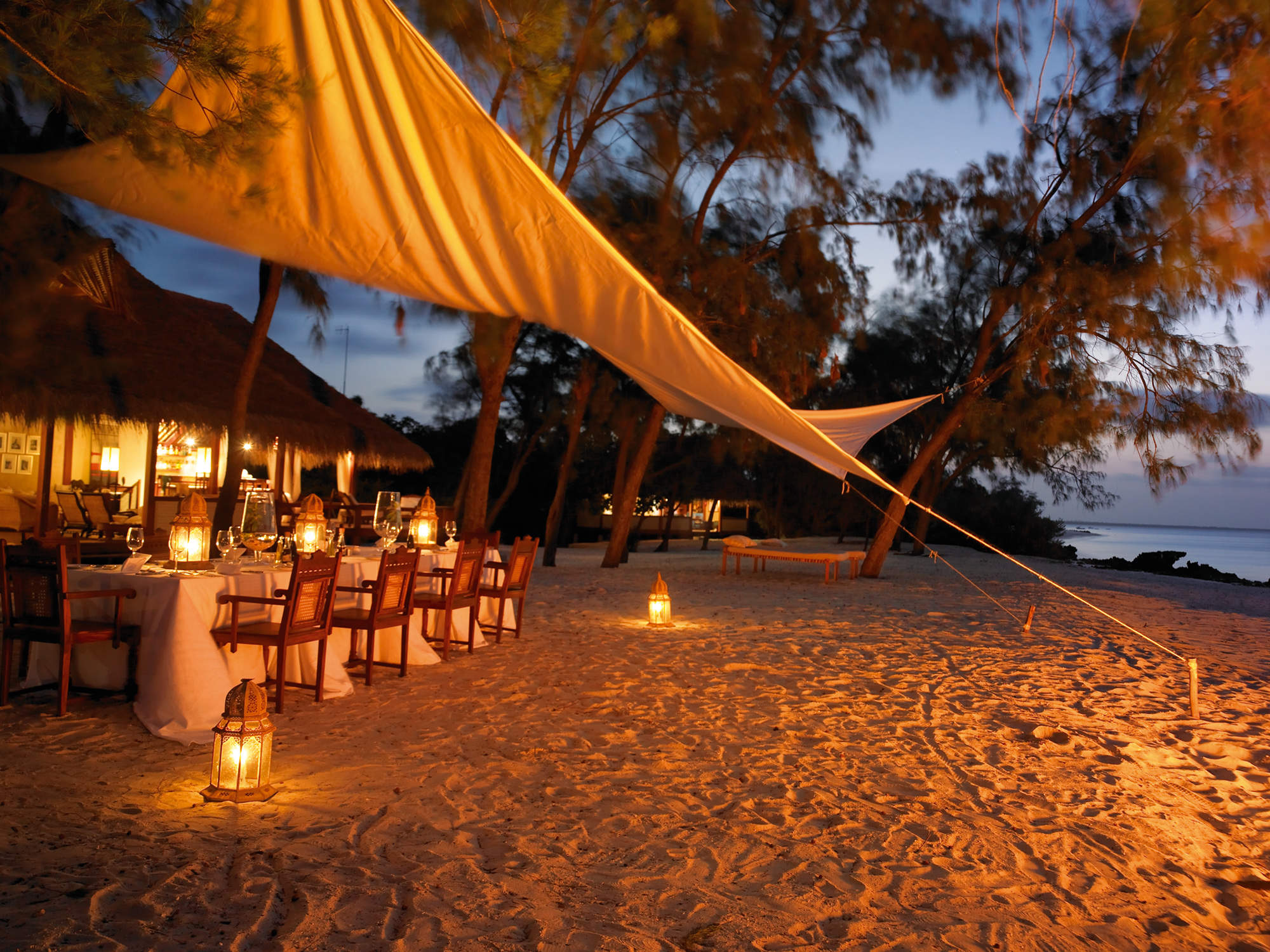 5 independent comments and wildlife information from our travellers who have visited Vamizi Lodge and kindly agreed to share their thoughts. They do not necessarily represent the views of Expert Africa

3 nights Arrived 4 Sep 2013
"We are so pleased we chose to visit this beautiful island despite the apparent travel difficulties. In the event the flight from Dar to Mocimbas was very good and then I had the thrill of my first helicopter flight to the island - all very well organised. The ground staff involved were extremely efficient especially in getting our visas passed, and getting us to our flights. The pilot was good and entertaining.

To our delight, on landing, we met an old friend Meg who provides wonderful, highly recommended treatments in your own banda. She and Rob were excellent hosts ensuring that our stay was idyllic. The food was delicious and well cooked. We had a very good 'host', Charlie who attended our every need and who brought us our breakfasts, teas and sun-downers all the way up the beach, as well as thoughtfully providing a wonderful lime-drink as we arrived ashore from a snorkelling trip.

We went on 2 snorkelling trips which were expertly guided by Saluma and Safari who made sure we saw many wonderful things. The reef is beautiful and certainly the most pristine we have seen. There is an Conservation project on the island, behind the dive centre where you can report whale sightings - we saw one on our first afternoon from the beach- and where we sampled some delicious Ibo coffee (highly reccommended)

7 nights Arrived 8 Aug 2012
"Well the big whole in our trip was what we thought would have been the greatest pleasure of all. Everything started perfectly and the scenery was perfect the managers are great and really helpfull and the stuff is the same way.

The trouble started when we had rats in our villa and one them woke me up one night because it was on the bed around my left shoulder. From then on we were not able to sleep properly since I had to escort Maria to the bathroom during night. They suggested they change the villa we hav given to another villa, when we were gathering our things, I found a snake in the closet, a harmless one nevertheless a snake and I hate snakes. In the new villa we were given there still was a rat problem but fewer of them and smaller. Again we had a bat problem and we could not sit and relax on our veranda after dark.

Aside the rat, bat, snake problem the accomodation is nice but I believe they could do a better job maintaining, like the showers need to be decalsified more often and some new refrigirators will not hurt nobody, especially with the amount paid per / night.

I have marked food average because I did not want to be mean and mark it as poor and because breakfast and service were adequate. Most of the dishes served were tasteless despite the fact that ingredients were fresh and good.

I have to admit people were really nice and organized a really nice pic nic for us at the light house with all the nicest food and wine, regreatfully we dozed for 10 minutes before we had lunch and we found a rat snacking on our table when we woke up, the effort from their side still remains the effort and it was a really great prepared pic nic.

What it was great was the diving and the diving center where I had 5 dives the only comment I have is that since they saw I really liked diving they should have informed about taking the course to become a PADI certified open water diver.

Overall and considering the value for money factor it was low average stay and I would consider suggesting or going back there only if I was assured that they have taken care of their rat and bat problem. Last but not least I would like to distinguish the rat, bat snake problesms at Vamizi from the high quality stuff and management services, they are really great but sometimes problems you have not foreseen might left you exposed." See all these reviews: 11n in Mozambique; 6n in Tanzania
Experience Report
Overall Rating:
Average
Location:
Excellent
Service:
Excellent
Activities:
Good
Rooms:
Good
Food:
Average
Facilities:
Average
Feedback Response
Vamizi expressed their deep regret to us that this holiday did not meet and exceed our travellers expectations. They told us that they are passionate about providing guests with the best possible experience and are looking into the complaint and how to rectify the issues raised.

Unfortunately due to un-seasonal rains which have affected much of southern and east Africa this year, the islands small rodent population increased unexpectedly. The close quarter experiences that these travellers had were far from normal, and Vamizi are taking this very seriously. They are now introducing ultrasonic deterrence devices around guest areas as well as successfully controlling the population at the source.

The team at Vamizi also commented: Bats play an important role in the ecology of the island (controlling the insect population) and are always noticeable in the evenings as they fly around. They do sometimes enter into the villas and the lodge has operated for many years without this being an issue for our guests. Regardless, we are in the process of putting extra netting in the villas to help reduce this.

They were especially sorry to hear that these travellers did not enjoy the food. The Executive Chefs are highly experienced and the majority of the feedback received about the food is overwhelmingly positive. Vamizi highlight that they are very flexible and always happy to cook off menu to suit individual tastes. We would always emphasize that travellers discuss any issues such as these directly with the lodge. It is the only way to get anything resolved during the course of your stay and this will invariably lead to an immediate improvement.
Dr & Mrs F
Newport

Wonderfully private accomodation and very comfortable. A great place to relax but with a variety of activities available

6 nights Arrived 24 May 2009
"Above our expectation: a real paradise, well managed with style and human touch.

We would highlight splendid cuisine, very professional staff, activities well managed (excellent dive center with smile) and the conservation project seems convincing to us. Two points to consider: better connect the charter flights with the LAM timeschedules to Pemba (so to avoid waste of days) and use of more local food products albeit of non perfect western standard

6 nights Arrived 6 Jul 2008
"We had a superb time on Vamizi Island. When we arrived, the management of the resort had recently changed hands and they seemed to be making various changes.

The food was absolutely delicious.

For the price, we expected the actual accommodation to be a little more luxurious. We appreciate that the beauty of Vamizi is that the accommodation etc is in keeping with the surroundings but some of it was looking a little worn.

The activities were good although when we were there, the usual, larger, fishing boat was out of service and the fishing trips/island day trips had to be conducted on a much smaller, very basic boat, which again, for the price, seemed a little surprising.

These things aside, we found the hosts to be very welcoming and the island itself to be very beautiful." See all these reviews: 10n in Namibia; 6n in Mozambique
Experience Report
Overall Rating:
Excellent
Location:
Excellent
Service:
Excellent
Activities:
Good
Rooms:
Good
Food:
Excellent
Facilities:
Good
Showing 1-5 of 5
92%
5 reviews of Vamizi Lodge by travellers since August 2007
Overall rating by our travellers
4
0
1
0
0
Filter by month

Azura at Quilalea is a small, high-quality lodge on a very lovely and remote private island - which has no malaria, but great snorkelling and diving right off the beach.

Medjumbe Lodge stands on a tiny and fairly remote private island, in the middle of the Quirimbas. It's the flagship lodge of a small chain and the snorkeling and diving in this area is excellent.