A vibrant, colourful, African city where the roads are lined with makeshift stalls, old colonial buildings and modern office blocks.

Maputo was founded in the late 18th century, and originally named after the Portuguese trader, Lourenço Marques, who first reached the area around 1544. Its growth was slow until 1895, when a railroad linked it to Pretoria and the gold-rush areas of South Africa - and by 1907 it was Mozambique's capital. After several decades of internal strife, peace took hold of Mozambique in the late 1990s - and now the capital, and the country, is peaceful and working hard to develop economically. Tourism remains tiny, but is increasingly important.

To facilitate more esoteric Mozambique itineraries, you'll sometimes need to overnight in Maputo. If you like neat and ordered places, then Maputo is not for you. However, if eating fresh crab curry or piri piri chicken and watching a lively world go by appeals, then Maputo might just fascinate you. 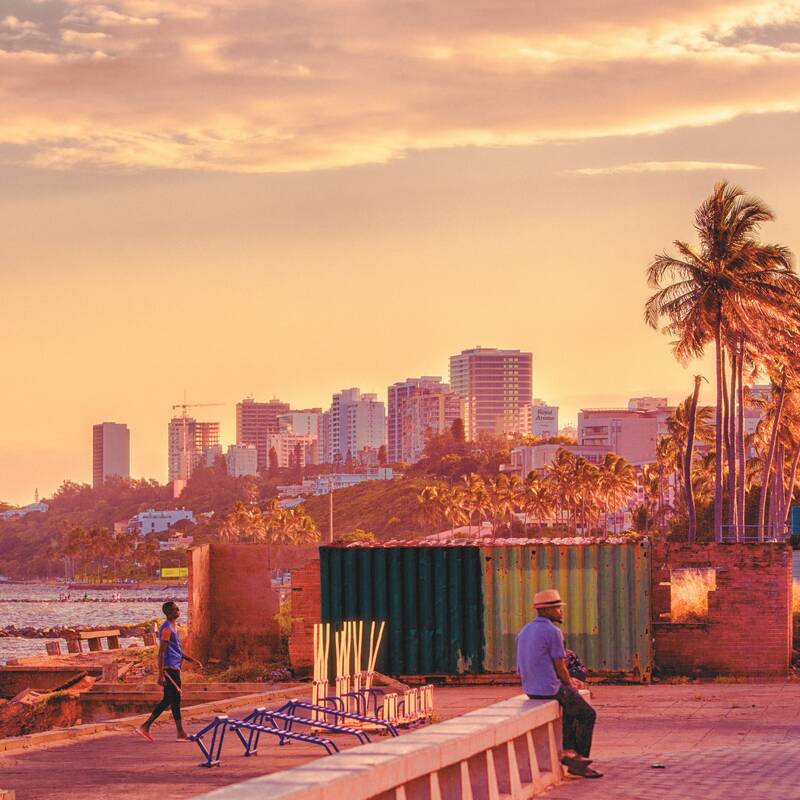 Choices for where to stay in Maputo

Most recent reviews of our trips to Maputo

Click below to browse all 4 reviews from Maputo.
All from our travellers; all are in full & unedited.

When to go to Maputo

Our month by month guide: What it's like to visit Maputo in Mozambique

Useful information and advice to help you prepare for a trip including Maputo.