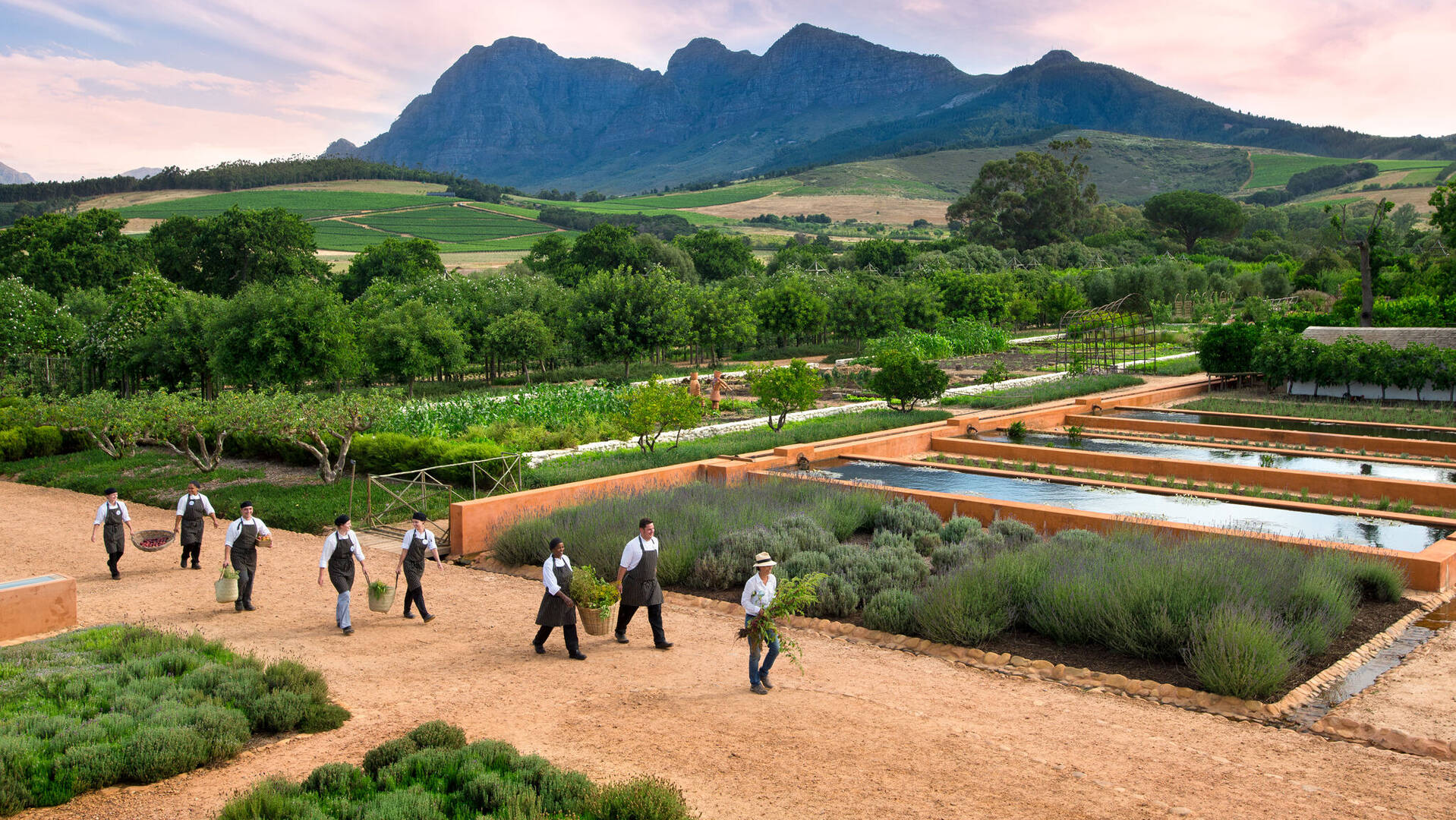 Our travellers often ask for our advice on how, who, when and how much to tip when on holiday in South Africa . With this in mind, we have highlighted below some of the issues involved and the etiquette of tipping, which we hope will help to guide you in an area that can sometimes seem a bit of a minefield.

In South Africa, as in much of the rest of the world, tipping is always voluntary and should depend on the quality of service received. This said, we’d encourage visitors to tip in appreciation of good service, with the sum entirely at your own discretion, but please keep in mind the importance and extent of the work someone is doing for you and remunerate accordingly.

Tips can be a significant component of the income of those working in service industries, including waiters, porters, guides and trackers. However, there is a fine balance between tipping enough, and tipping too much. You may feel that some people don’t earn much so a generous tip would be gratefully received (which it would!). However, excessive tips can have unexpectedly far-reaching consequences and can even throw the balance of the local economy, with the potential for rather negative results.

For example, consider the job of a senior park ranger. Having well-educated and competent people in this job is very important for the good of the parks, and their visitors. Rangers need to be knowledgeable and will probably have spent many years working for the government in various national parks. By local standards, the South African government will pay a fair wage for this job, but government employees are not usually top earners.

By contrast, a camp hand in South Africa, who carries bags and helps out around a safari camp, is also very necessary. However, s/he doesn’t need the same level of education, or experience, and certainly won’t shoulder the same level of responsibility. If such an employee gets overly large tips – adding up to, say, US$500 a month – there’s a danger that this job will end up paying more than that of a park ranger.

In such a case, the scales can easily become unbalanced and individual’s incomes distorted by tips. In this scenario, where is the incentive for a ranger to put in more effort and take on more responsibility if s/he will be paid less than a camp hand? Sadly this could result in park rangers quitting their posts to become general camp hands, to the detriment of the park, its animals and its visitors.

Who to tip when on holiday in South Africa

Tipping is an integral part of South African life, and tips are sometimes expected for services that you might take for granted at home. So before thinking about the amount or how to tip, think about who to tip. Many people work to make your travels a success, including the guides, the back-of-house team and the camp/hotel manager.

Specifically, when on a South Africa safari you usually tip the guide separately and the rest of the staff together. It is unusual to tip a camp manager.

This is an important question, with three distinct options:

Without doubt it is always best to tip just once, and always at the end of your stay at each lodge, camp or hotel.

Your guide will not expect a tip after each activity, or even at the end of each day. Tipping in this way could pressurise a guide to ‘perform’ for the guest who is tipping, and thus could distort the relationship between the guide and the guests as a whole. It would also put your fellow guests in a very difficult position if you were offering frequent tips, and they were not.

Most camps and safari lodges in South Africa have a tip box of some description. Sometimes the tip box will be for all the staff; sometimes it’ll be for the staff excluding the guides; sometimes they will have boxes for the various teams in the camp: each camp has its own etiquette.

Some camps explain their tipping policy in the literature left in their rooms. If not, ask the manager and, if there’s a tip box, find out who shares the proceeds. You can then decide whether to put everything into the box, or to tip some members of the team separately and more directly. In most South African camps, guides and trackers are tipped directly, with other staff usually sharing the proceeds of the general staff tip box. However, this does vary, so do ask!

Most travellers tip in cash, with the preferred currency in South Africa being the South African rand (or failing that, US dollars or even euros or GB pounds). Whether or not you can tip by credit card depends entirely on the camp, their accounting practices and their ability to process cards, but note that tipping this way makes it difficult to direct your tip to a precise team member.

A great idea if you would prefer to go well-prepared is to bring a small supply of envelopes for your tips, perhaps with a thank-you note inside. Generally you would then hand these out towards the end of your stay, either directly to individuals or by placing them into the general tip box. If you cannot find the person you wish to tip you can always leave a named envelope with a manager to pass on. In the same vein, taking a good supply of small denomination notes will ensure that you have the right cash to hand.

The guidance we offer here is based on our experience in South Africa. In the end, though, tipping depends on your personal opinion and your individual satisfaction – moderated by some understanding of the issues mentioned above.

With this in mind, we’d recommend that for good service in various situations, our travellers tip around:

To put these suggestions in perspective, the average income of South Africa’s citizens in 2016, as reflected by the country’s gross national income (GNI), was about US$35.15 per person per day. In contrast, the equivalent GNI in the UK for the same year was about US$115.89; in the United States about US$155.53; in New Zealand about US$106.09; and in Germany about US$120.05.

Tipping is a sensitive issue, but there is no need to feel awkward. It’s a normal part of a service industry in South Africa, as it is in many countries. Just remember that thoughtless tipping by relatively affluent visitors can have a big impact on the local economic and social balance – so please keep that in mind when you tip the staff during your holiday in South Africa.

Our top picks for holidays to South Africa

Enjoy fine-dining in Cape Town, whale-watching in Hermanus, and a range of walking and water-based activities throughout De Hoop’s Nature Reserve, the Klein Karoo and Plettenberg. This relaxed self-driven safari concludes with stays in The Winelands and Namaqualand.

A classic Cape and Garden Route self-drive taken at a leisurely pace and staying in charming boutique hotels. Great food and wine paired with spectacular scenery and an exciting array of activities.

This varied and great-value self-drive trip visits Cape Town, the Winelands and diverse sections of the Garden Route, staying at great places with real local character. It’s ideal for active couples and families who want to explore the Cape’s stunning locations.

The Highlights of Africa

An epic adventure taking in some of Africa’s most incredible sights and wildlife experiences, from Cape Town to the Okavango Delta, Victoria Falls, the Maasai Mara and an encounter with mountain gorillas.

View all holidays in South Africa