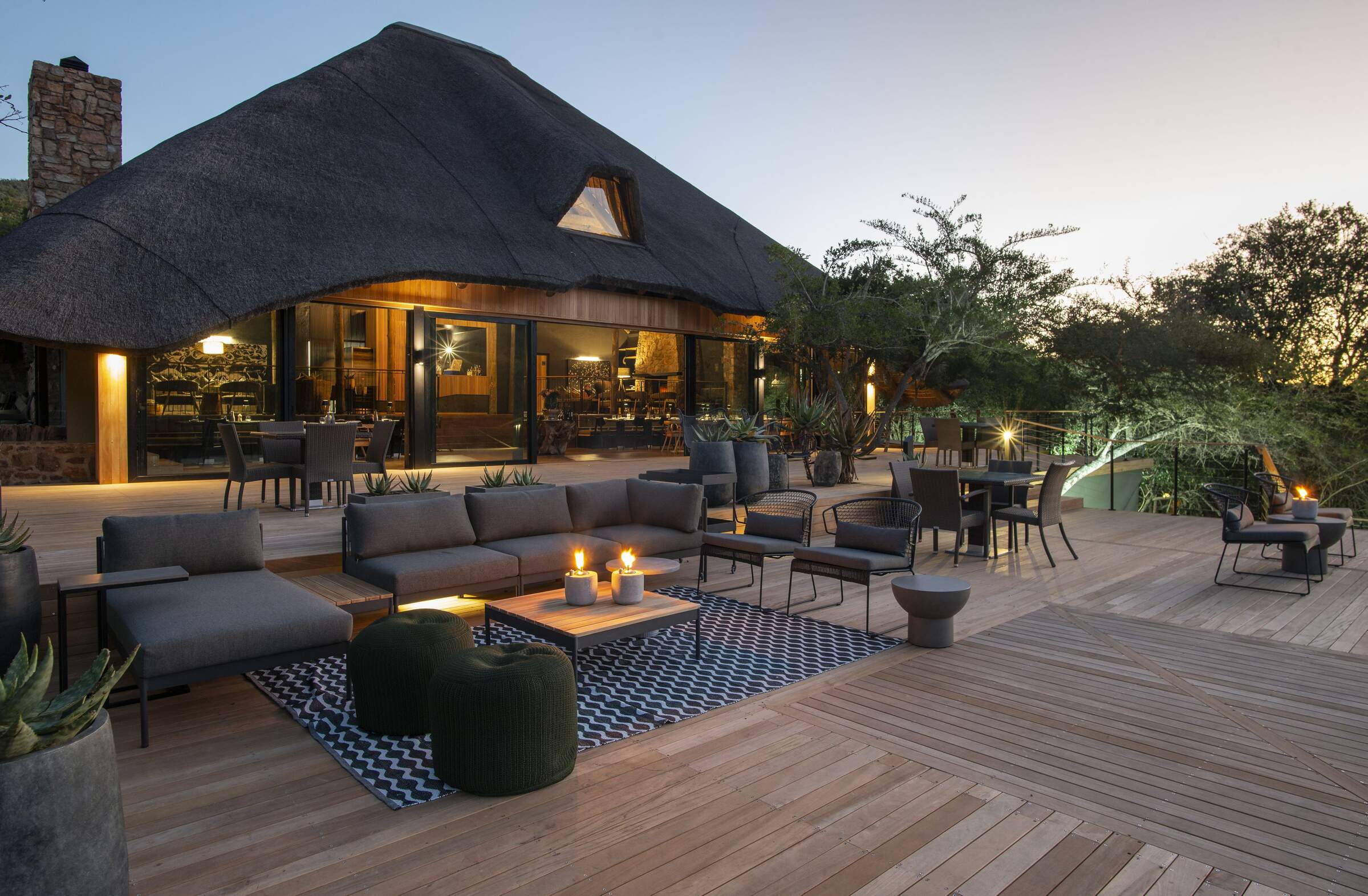 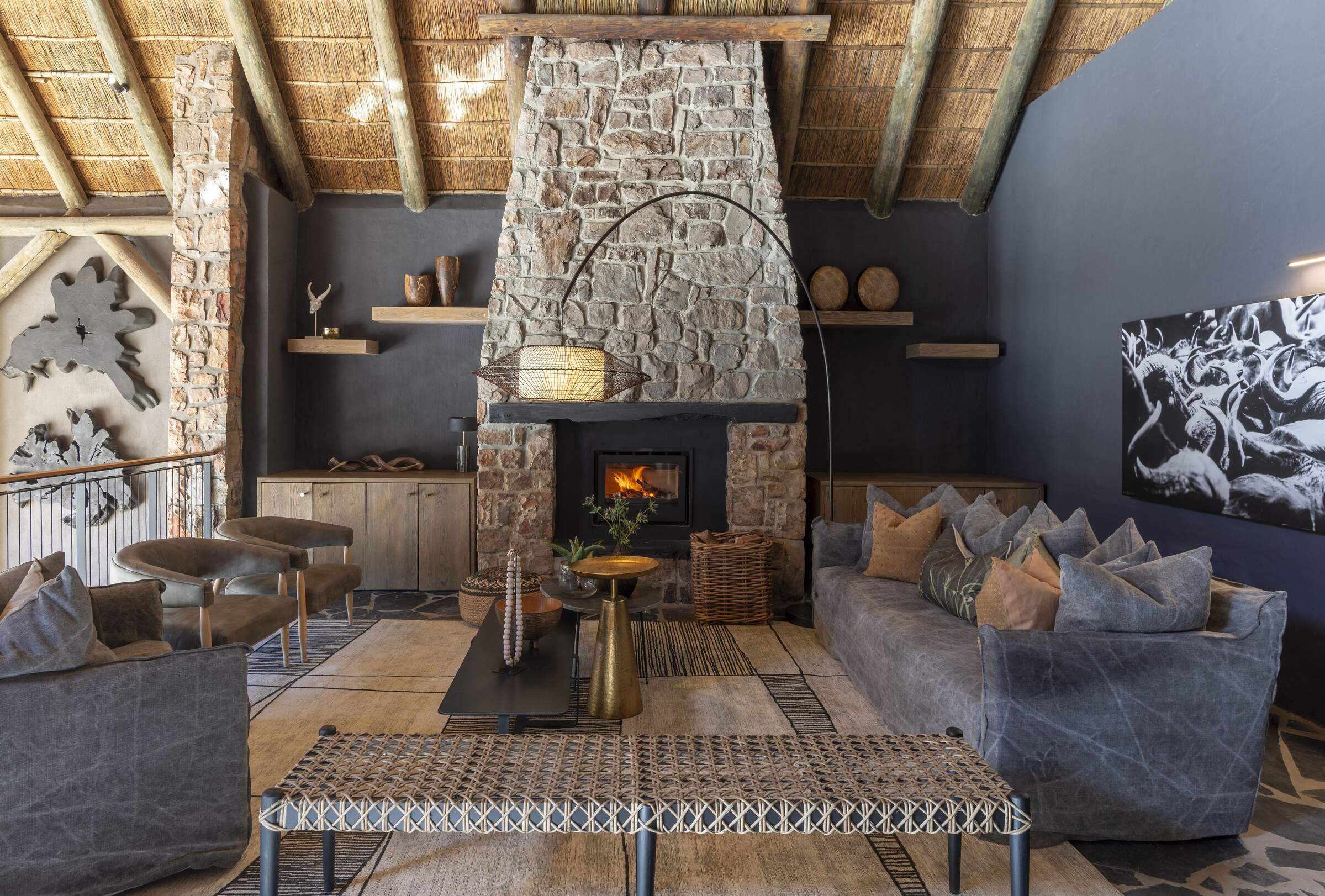 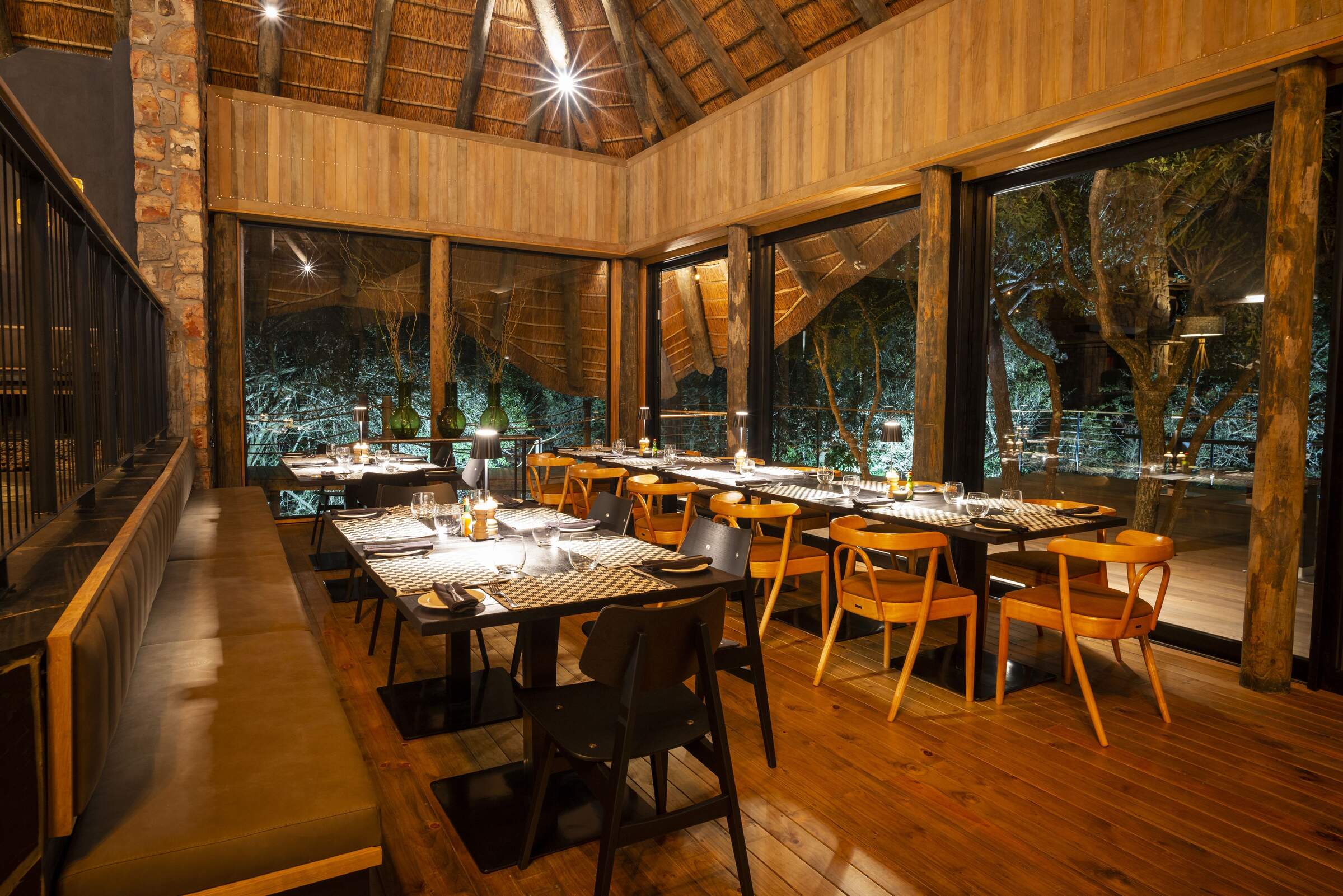 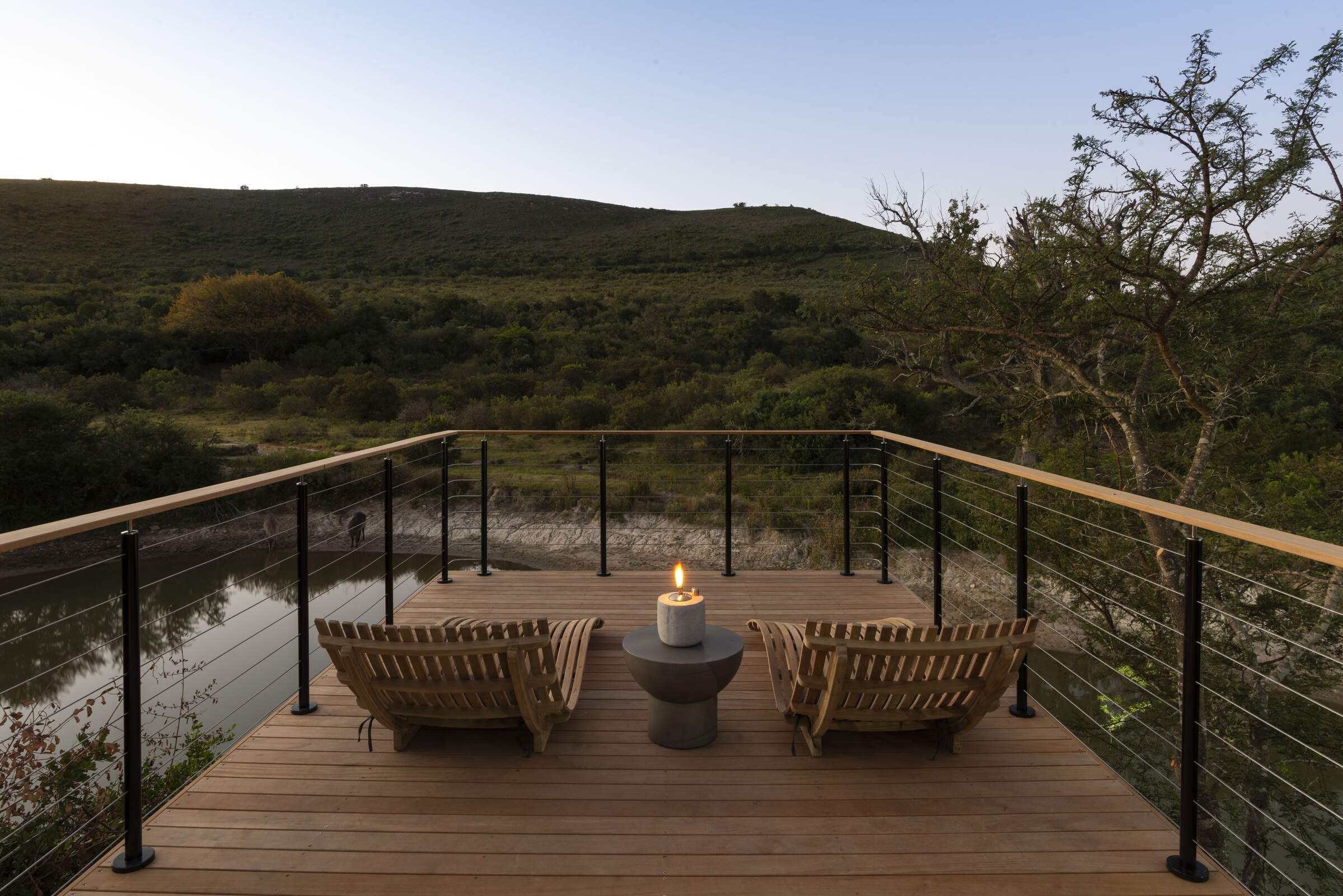 It provides a comfortable base for not-too-wild game-viewing and appeals to travellers looking for a relatively traditional safari experience.

Unfortunately, none of the Expert Africa team has had the chance to stay at Bayethe Lodge yet, however, we do know the area as we’ve stayed on the reserve several times, most recently in May 2013. Furthermore, we’ve had excellent reviews from our travellers about Bayethe Lodge. So until we pop in for a visit ourselves, here is what we understand about it from the lodge’s information and our travellers’ comments:

Tucked away in the vegetation, there are 12 detached tents at Shamwari’s Bayethe Lodge, which offer views of the surrounding bush. With mellow tints like light green, white and beige setting the tone of their interior design, they fit in well with their surroundings and give an impression of airiness and much space. Nevertheless, due to maroon wooden floors and all the amenities the tents offer, they feel very substantial - you might occasionally forget that you’re staying in a tent!

You can choose between the following tent types:
The main areas at Shamwari’s Bayethe Lodge comprise a gift shop, a lounge area, where you can find a TV, and an outdoor deck with a swimming pool.

Activities in Shamwari Reserve evolve around morning and evening game drives by 4WD, each lasting about three to four hours. On our most recent visit to Shamwari, we got particularly close to both black and white rhino, and generally found these drives very productive in terms of sightings.

However, the sections of the reserve where game drives take place are significantly smaller than Shamwari’s whole area might imply, and so the rangers had a good knowledge of where to go for certain animals – using their radios extensively to fill in possible gaps in this knowledge. As a result, our game-viewing experience here didn’t feel very ‘wild’, in spite of excellent sightings.

Other activities are walking safaris, wellbeing treatments or visits to the educative Rhino Awareness Centre and the Wildlife Rehabilitation Centre.

We know Shamwari Reserve reasonably well, even though our team haven’t yet stayed at Bayethe Lodge. Our travellers have stayed here and given it very good reviews, so we have confidence that it’s a comfortable and well-run lodge for gentle game-viewing in Shamwari. However, we wouldn’t come here expecting a wilderness experience.

Location
Shamwari Game Reserve, South Africa
Ideal length of stay
We feel that you can explore the reserve on an introductory safari within a few days.
Directions
Leave Port Elizabeth on the N2 to the north. Take the signposted turnoff left to Bayethe onto the gravelled Sidbury Road. Continue on this road until you arrive at a T-junction, where Bayethe Lodge is signposted to the right. Alternatively, if you don’t want to drive yourself, you can book a chauffeur service between Port Elizabeth and Shamwari directly via Shamwari Reserve. There is also an airstrip for chartered flights into the reserve.
Accessible by
Self-drive or Fly-and-Transfer

Attitude towards children
Children from 12 years are accepted at Bayethe Lodge.
Property’s age restrictions
12 years.
Special activities & services
Bayethe Lodge is not child friendly. The tents can sleep a maximum of two adults and they are spaced far apart. Children cannot share a room with their parents. Bayethe does not have a dedicated children’s coordinator.
Generally recommended for children
Not under 12 years of age.
Notes
Although Shamwari isn’t known as a particularly wild game reserve, parents should always keep their children under close supervision as game risks do exist.

Communications
Internet access is available at the ‘business desk’ in the main area of Shamwari’s Bayethe Lodge.
TV & radio
There is a TV in each of Bayethe Lodge’s tents. In addition, you can watch TV in the main lounge.

The 25,000 hectares Shamwari Game Reserve makes up the home of Bayethe Lodge. Staying true to its name – Shamwari’ means ‘friend’ in Shona – the lodge has been at the fore-front of community education for the past 25 years. Through the Shamwari Conservation Experience, the lodge engages volunteers, sabbaticals and tourists in improving the lives of those living in and around the reserve. Annually, the lodge celebrates Mandela Day by bringing a positive change in the neighboring communities.

In 2014, staff from Bayethe Lodge spent the day educating children in the local community of Paterson about rubbish collection. Each participant was awarded with a packet of chips, sweets and a slice of cake baked by one of Shamwari’s Senior Chefs in exchange for a bag full of rubbish. The initiative proved to be a success, as over 100 bags of garbage were collected by the end of the day. In 2018, the lodge took the international #ActionAgainsPoverty initative in the local communities of Paterson and Alicedale, where most of its employees came from. Teams of volunteers handed out cups of soup to 500 school children, and spent the evening helping out three day care centres with gardening activities.

Tourists can also get involved in the Conservastion Experience weekly, with activities ranging from cultural tours to tracking and monitoring Big Cats. It therefore comes as no surprise that Bayethe Lodge’s efforts for operating responsibly have been widely recognized and awarded with a Fair Trade Tourism certification.

Other lodges in Shamwari Game Reserve