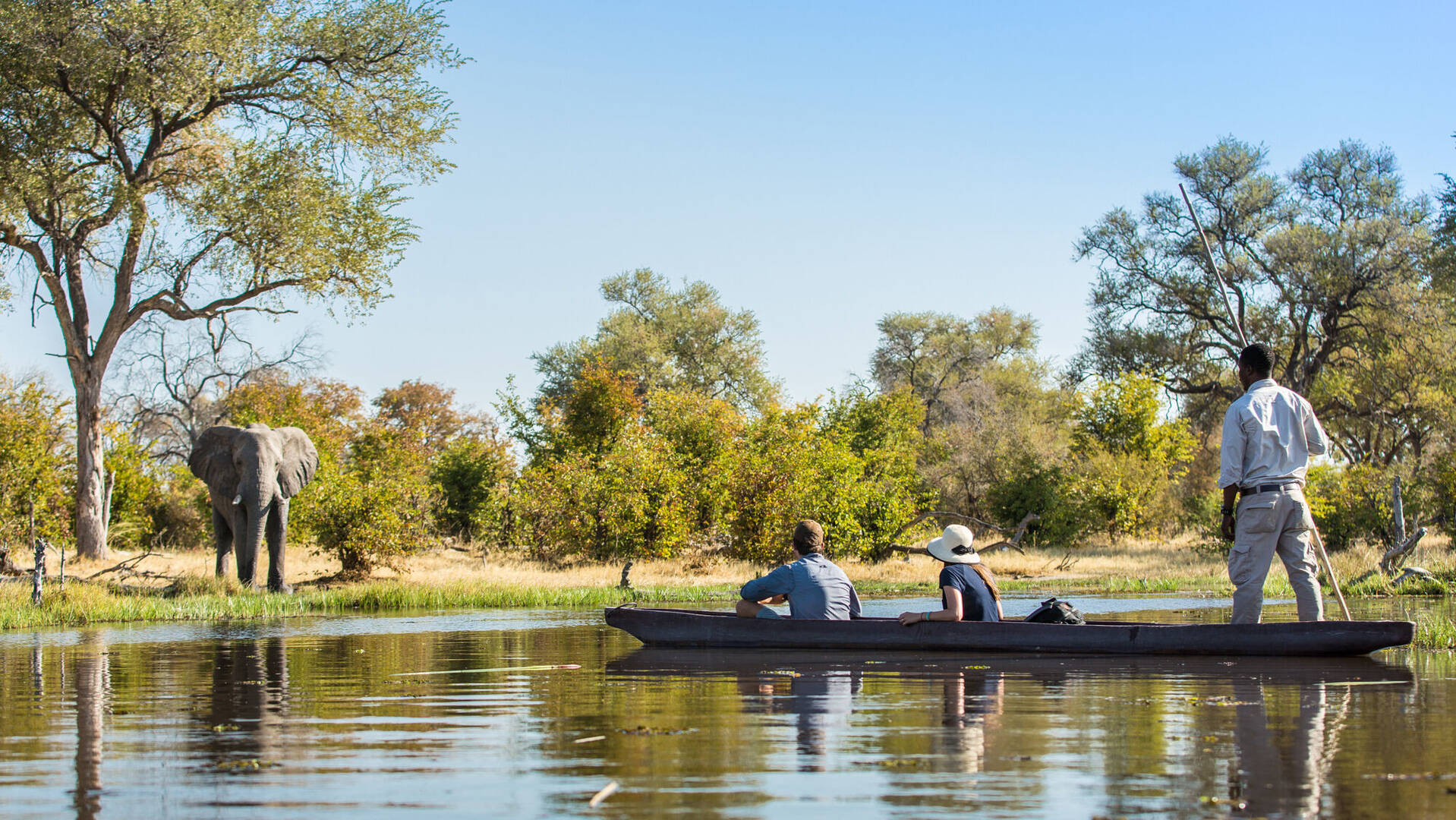 This very complex variable is really a minor point for most visitors – who will find the Okavango Delta enchanting whenever they visit. However, the flooding levels will have some influence on some of your activities, and may even influence your choice of where you want to visit in the Delta.

The water levels at any point in the Okavango Delta depend mainly on three variables:

• The local rainfall in your location;
• The height of the seasonal flood of the Okavango;
• Uour location within the Delta – the further north you are in the Okavango, the more water you’re likely to have.

The local summer rains and the arrival of the seasonal floods are generally out of sync by around two to six months, depending on exactly where you are within the Delta. This represents the time taken for the peak of the rains in the Okavango River’s main catchment area – the Angolan highlands – to make it down the Okavango River and into the various different areas of the Delta.

These annual floods have for years been monitored very carefully at Mohembo, where the river enters Botswana – see the graph.

1984: The base case: this was a massive flood, the largest on record.

2004: Good local rainfall gave an early peak; but the rainfall in Angolan Highlands was weak.

2005: Little rainfall led to a poor flood year -even the April-May surge couldn’t make up for

2006: A very poor flood year, with low rains here and in Angola’s Highlands.

2008: A very dry year in the Delta, little rainfall and minimal flood.

2009: A strong flood year with late rains; the beginning of several high-water years.

2011: A very strong flood year, coming to a saturated Delta after two other high floods year.

2013: Started as a mediocre flood year but the rains in May and after were very poor.

2014: Has been a relatively dry year so far - watch this space for updates!

The Okavango Delta flood chart shows the estimated water flow (in cubic metres per second) which is flowing past Mohembo, a point in the Panhandle, over the first six months of the year, from January and July. The first graph shows the massive flood of 1984; subsequent graphs show the floods from 2004 until 2012.

From this we know that the peak of the flood at Mohembo generally occurs between mid-March and mid- May – just after the local summer rains in the region of the Delta have come to an end. Given the tiny gradient and very slow flow rate, the surge of water from the rainfall on the Angolan Highlands can take up to six months to work its way from the Panhandle to the far extremities of the Delta’s waterways.

Hence expect the highest water levels in most areas of the Delta to occur after the rains, and later than the peaks on this graph, typically from about May to August. After that, levels will generally fall until around February, when the local rains start to slowly raise water levels prior to the main flood.

Three important notes to understand this:

• Note that the total size of the flood is actually proportional to the area shown under the graph.

• Many of the graphs have two peaks. The first represents an increased flow caused by local rainfall, in the nearby catchment of the Okavango. The second represents a surge in flow caused by the rainfall on the Angolan Highlands reaching Mohembo.

• The Delta is to some extent like a sponge; when it’s been dry for a while it will take time to soak up the water – but after that less water will soak in, and more will stay on the surface.

This data has been carefully gathered on an amazingly consistent basis by the dedicated team at Aliboats, makers of great aluminum boats; we are indebted to them for this data. Any errors in interpretation are entirely our fault.