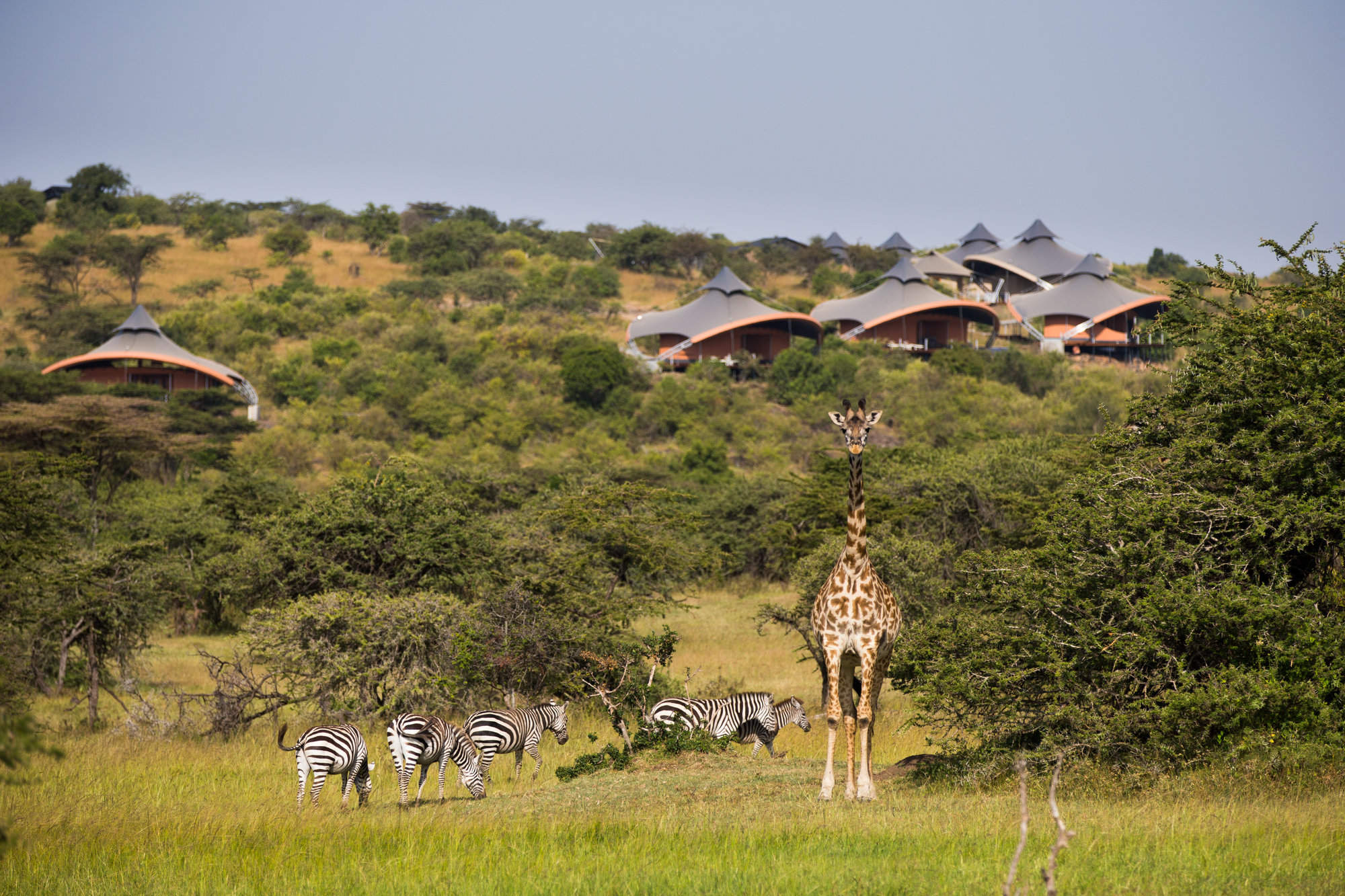 Deciding when to go to Kenya is a perennial question for visitors. There’s no simple ‘best time to visit Kenya’ as good conditions vary across the country, and one person’s ideal weather will be another’s disappointment. Having said that, most visitors will find something positive about the weather through most of the year. Whatever the ambient temperature in the shade, when the sun is out – which is a good deal of the time, and often from dawn until dusk for weeks on end – it is always fierce: you’re on the equator, and you’ll know all about it if you neglect the sunscreen.

Kenya through the year

There are two dominant influences on the climate in Kenya: the onshore monsoon winds from the Indian Ocean, and altitude. The winds determine the onset of Kenya’s two rainy seasons, with the hot northeast monsoon or kaskazi blowing dry air in from the Persian Gulf from November to March/April and the warm, moist kusi monsoon blowing in from the southeast from April/May to October. It’s the slightly cooler kusi that normally delivers the heaviest rain, a season known as the ‘long rains’, in late-April, May and early June. The relatively cool season, from late-June to October, gets much less rain. There’s a second rainy season, the ‘short rains’, for a few weeks in November and December, followed roughly from mid-December to March by a dry season of hot, usually rainless, weather.

Although prolonged rainfall isn’t that uncommon, the typical pattern is for rain to fall as a torrential downpour, lasting perhaps half an hour to an hour, with the sun then coming out and drying the wet ground in minutes. Camps and lodges always provide umbrellas, though your footwear will get muddy and you are still likely to get wet if you happen to be outside. There’s little point in bringing waterproofs.

The theory of Kenya’s climate is one thing: predicting the actual weather for specific dates is increasingly difficult as climate change impacts more and more, bringing floods and droughts, unseasonably cool and unseasonably hot weather. These impacts can be more than inconvenient: a dramatic flash flood swept the seasonally dry course of the Ewaso Nyiro in March 2010, destroying the bridge linking Samburu and Buffalo Springs national reserves and badly damaging several camps and lodges. Although the bridge was repaired, the same thing happened again in 2011 and the bridge was only reopened in 2015.

Two other points to bear in mind about the weather in Kenya: firstly, swimming pools are rarely heated, and only those on the coast are guaranteed to be warm; and secondly, although people sometimes talk about Kenya’s “winter" – and Kenyans themselves tend to make a big fuss about temperatures that most visitors would consider quite warm – they’re simply referring to a slightly cooler time of year, not the sort of precipitate drop in the mercury that we experience at higher latitudes.

One of the biggest surprises for most first-time visitors to Kenya is the experience of a chilly game drive on safari, especially early in the morning. If you remember your school geography, you’ll know that for every 100m you climb from sea level, you can reckon on a drop in temperature of 0.6°C (6°C per 1000m). In Mombasa, and along the rest of the coast, the thermometer rarely ever drops below 20°C, even just before dawn, while in Nairobi, up at 1660m, temperatures can drop to well below 10°C at night in July and August, even though daytime highs in the shade at that time of year get into the mid-20s. When you’re on safari in higher-altitude areas – the Maasai Mara, Laikipia and the Samburu reserves – you should be prepared with layers of clothing for your early morning game drive, the end of the afternoon game drive and for night drives if they are available. You need to take account of the wind chill in open vehicles, too, which can make if feel like 5°C or below, especially if you’re driving at 30kph or more. Some people take gloves, and it’s certainly not a bad idea – some even recommended a woolly hat. If you’re on safari at the somewhat lower altitudes of Meru, Tsavo East, Tsavo West or Amboseli national parks, you’ll find temperatures are a little higher – just enough to make a fleece about the only warm clothing you’ll need at the cooler times of day.

If you plan to do any diving or snorkelling while on the coast, you’ll find sea conditions vary through the year, with the most reliable months for good water clarity falling between October and March, and especially January and February. Heavy rains bring run-off into the rivers, subsequently reducing visibility. Sea temperatures are consistently high throughout the year, ranging from 23°C in July to 27°C in March.

Many travellers visit Kenya to see the great wildebeest migration in the Maasai Mara. Linked to annual rainfall patterns and the growth of new grass, this remarkable migration of hundreds of thousands of wildebeest and zebra is a constant movement of huge, nomadic herds. In Tanzania, it can be seen throughout the year: you just need to know where to look. The migrating herds enter Kenya for a much shorter period, roughly from July or August until October – though recent years have seen major arrivals as early as June, and late-stayers still in the Maasai Mara region until November or even later.

For more information on when and where to see the wildebeest migration, ask us about details, or click on the link below:

Detailed description and map tracking the wildebeest herds month-by-month, gives a good indication of where they are likely to be at any time of the year.

Weather through the year

January: Clear, hot days and warm nights make this high season a popular time for safaris and good for diving and snorkelling.
February: With the long dry season well established, the grass grazed down and wildlife gathering close to water points, this is still a good time for a safari and good water clarity makes for excellent diving conditions.
March: Hot, increasingly humid weather – with good diving and snorkelling conditions at the start of the month – gives way to rains and lower rates.
April: Temperatures drop soon after the rains are established and you’ll often have facilities largely to yourself in this more affordable low – or “green" – season.
May: While game viewing can be trickier as vegetation runs riot, the colours and light are great for photography at this time of year.
June: The rains give way to cloudy, cooler weather, making for very comfortable conditions, especially in the highlands.
July Kenya’s “cool" season sets in, with the highlands sometimes rather grey, but wildebeest, migrating from the Serengeti, start arriving in the Maasai Mara.
August The Great Migration fills the Mara plains – and school’s out, so the park roads are full of tourists (ask us for advice on avoidance tactics!).
September The clearing skies signal the start of hot, dry weather with little chance of rain – and fewer visitors – making the latter part of this month a good time for a quieter safari.
October Still hot, mostly dry and not too busy, this is many people’s preferred month for a safari, and it’s also good for diving and snorkelling.
November The “short rains" usually start in the second half, so this is low season, with accordingly lower rates and visitor numbers.
December The rains usually finish by mid-month and landscapes often look their best, under clear blue skies, heralding the start of the peak tourist season.

February: With the wildlife seeking water points, this is a good safari season.

April: You may have facilities to yourself in this more affordable low – or 'green' – season

May: As vegetation runs riot, the colours and light are great for photography at this time.

August: The Great Migration fills the Mara plains – and school's out, making for busy parks.

September: The clearing skies signal the start of hot, dry weather with little chance of rain.

October: Hot, mostly dry and not too busy, this is many people’s preferred month for a safari.

November: The 'short rains' usually start in the second half, so this is low season.