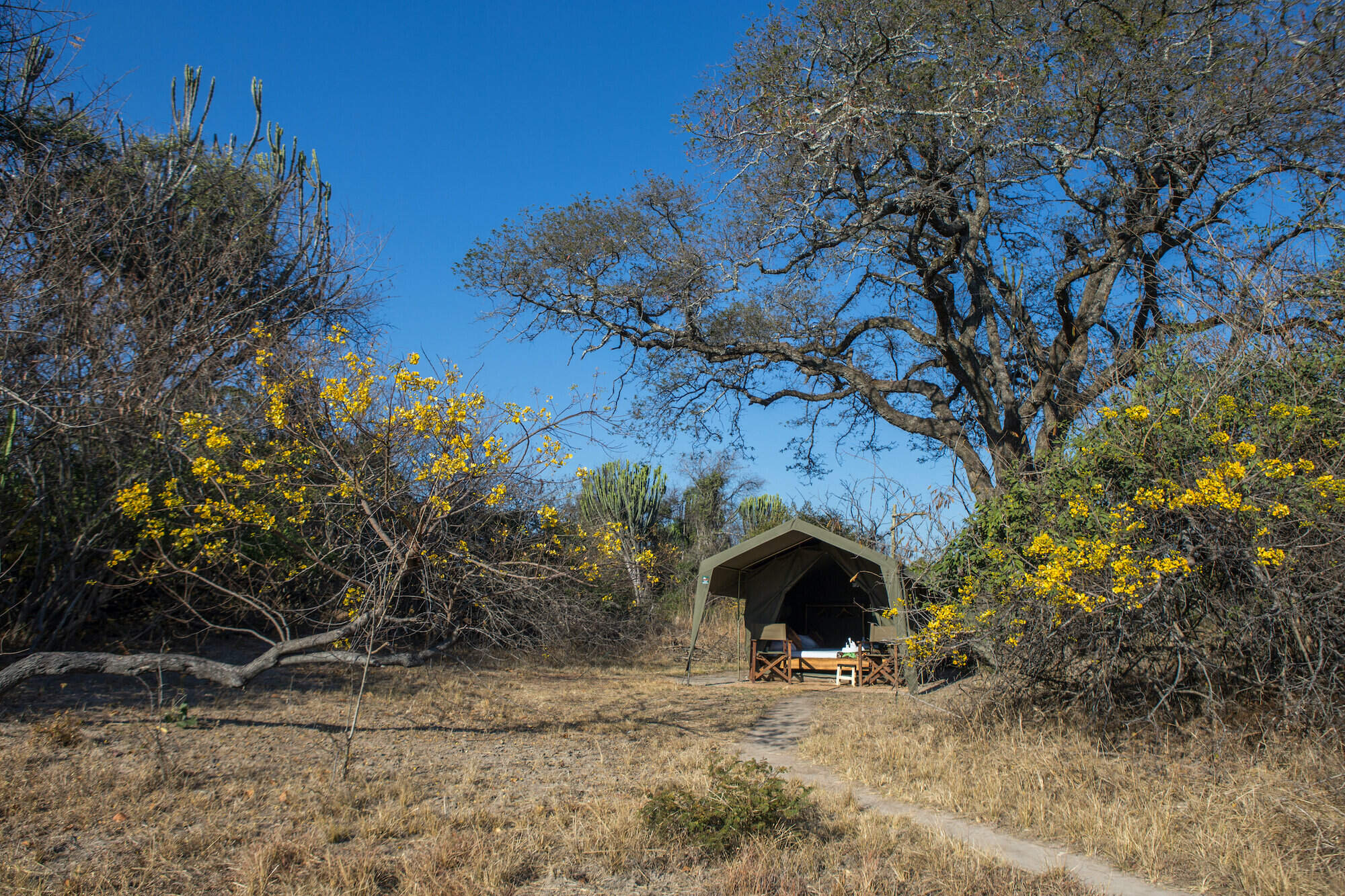 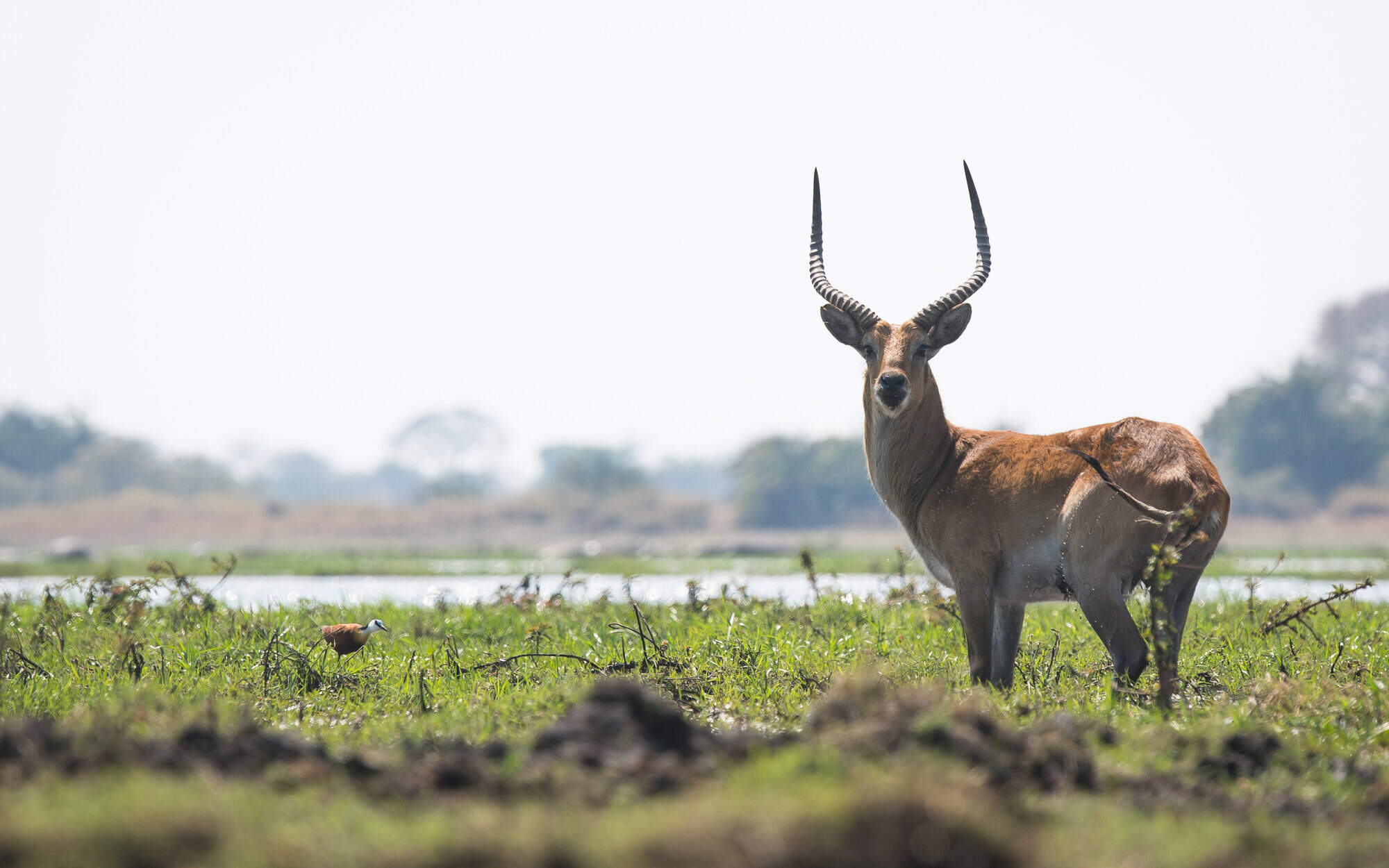 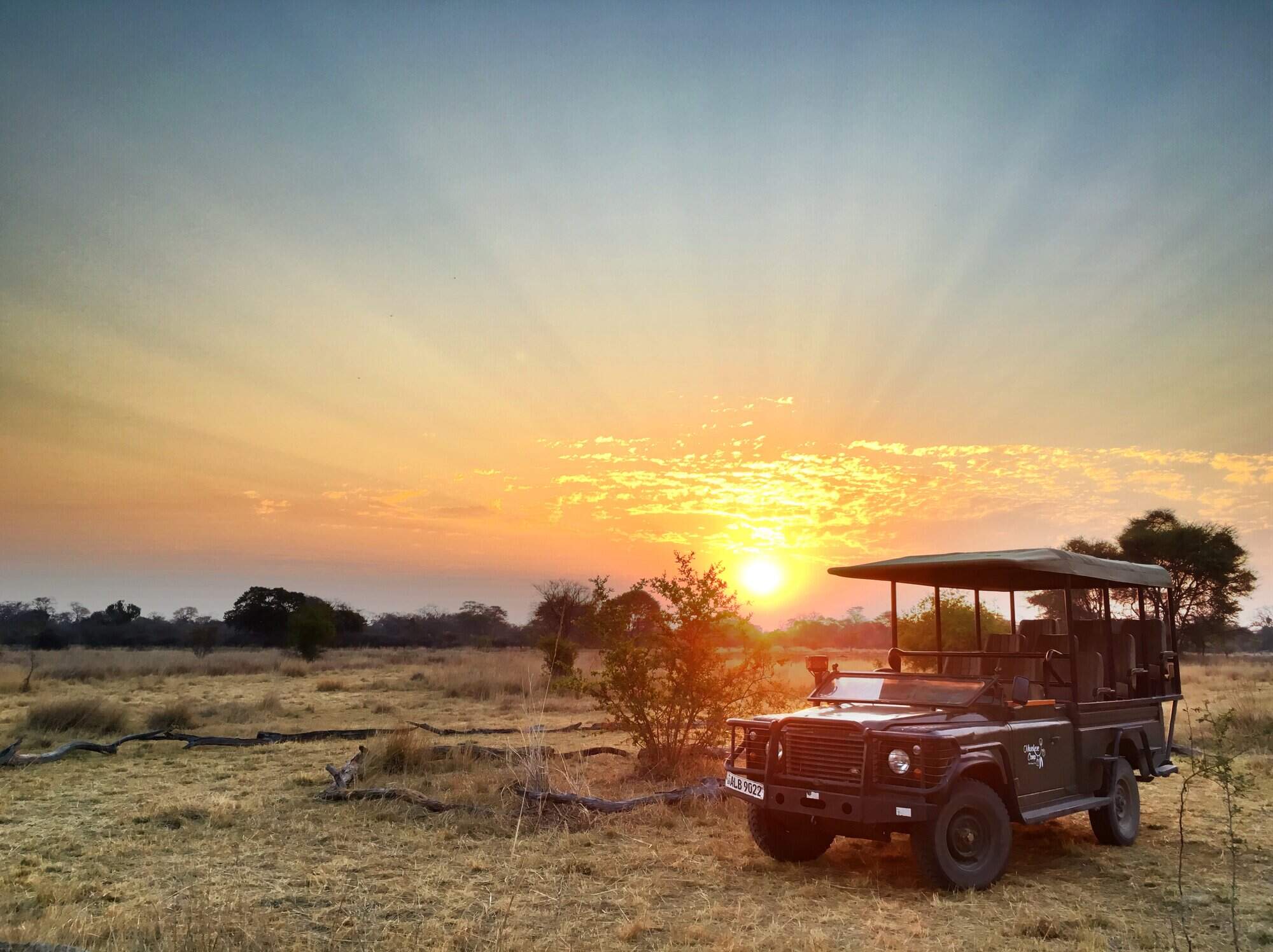 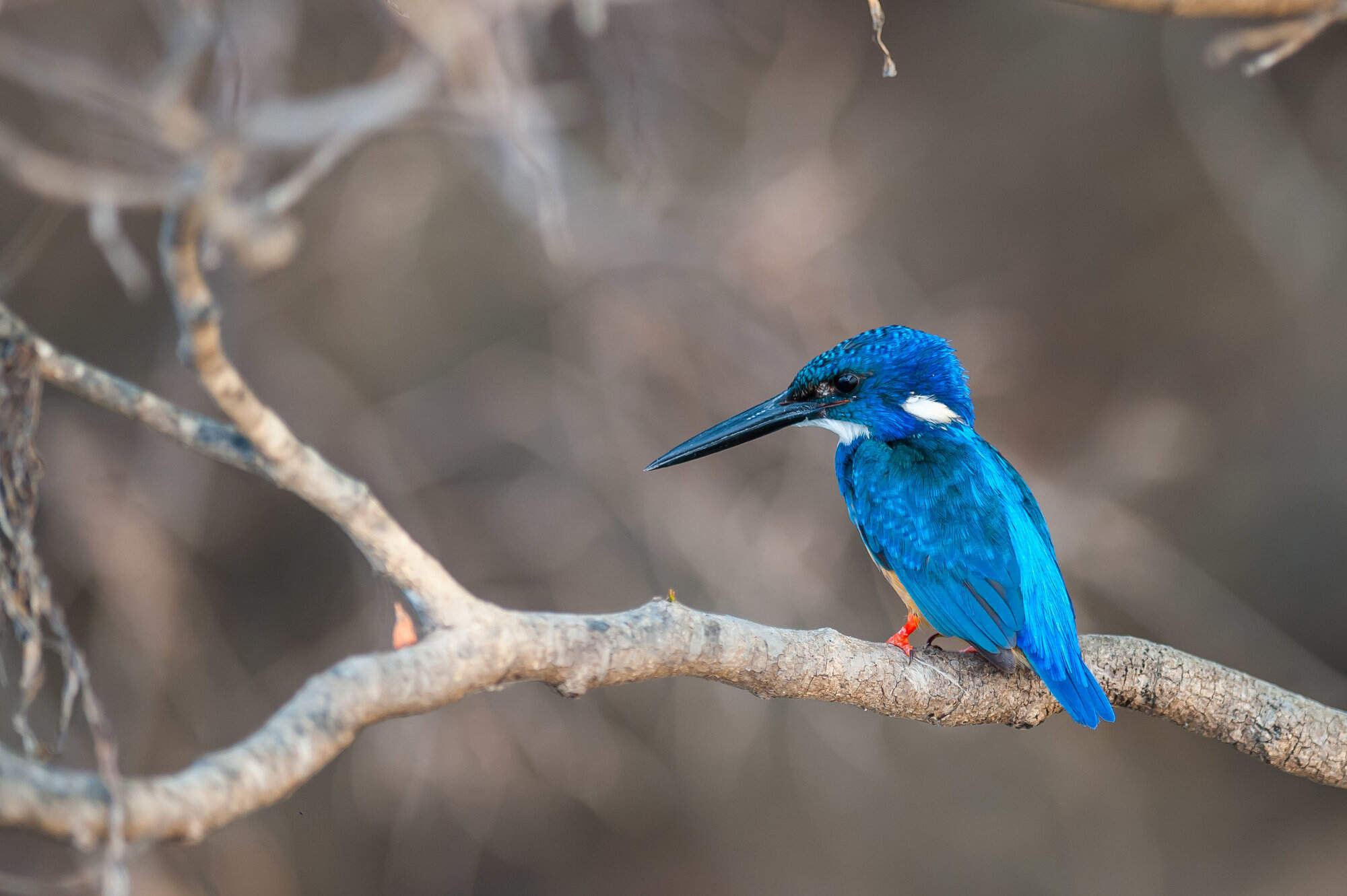 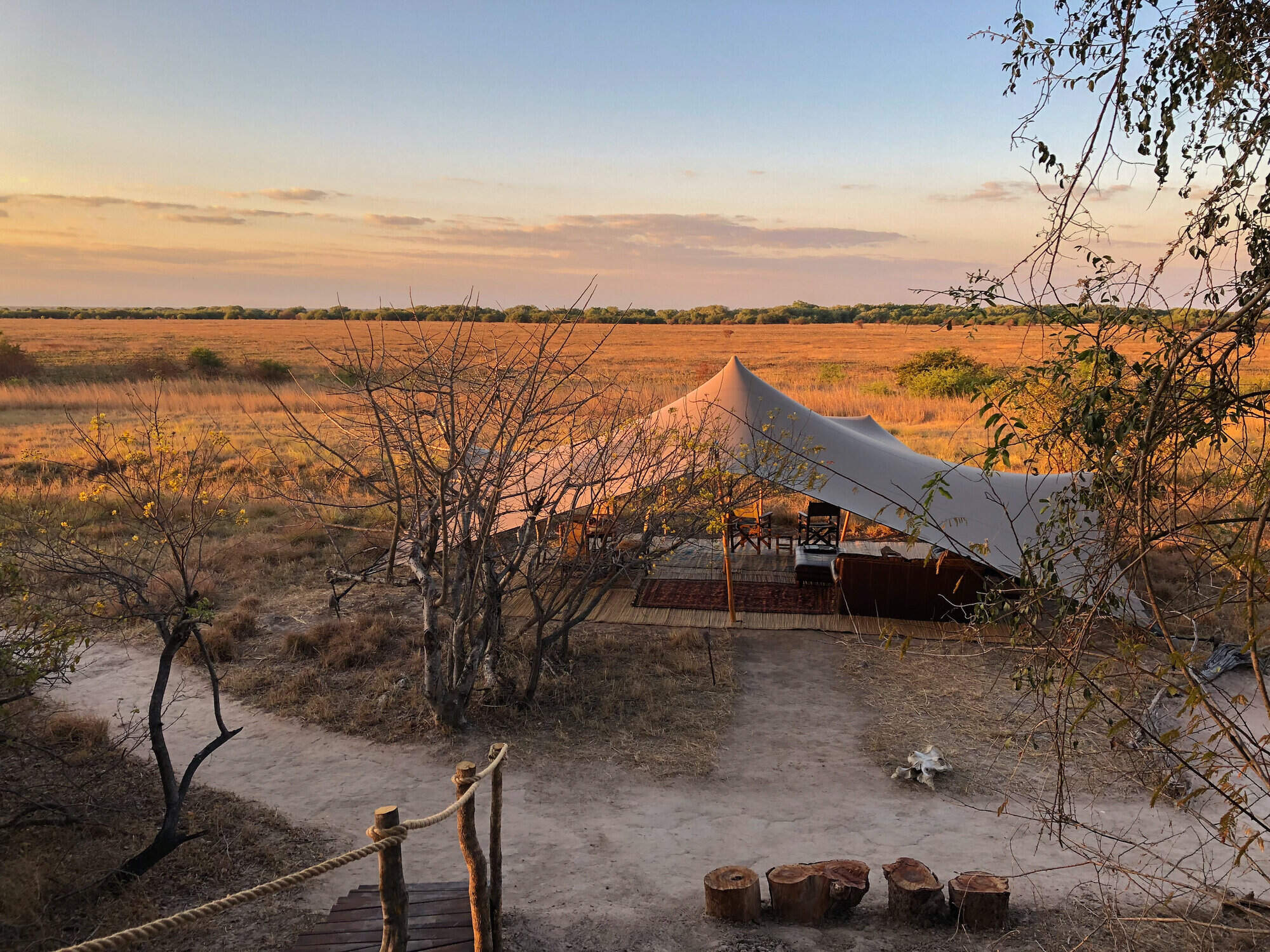 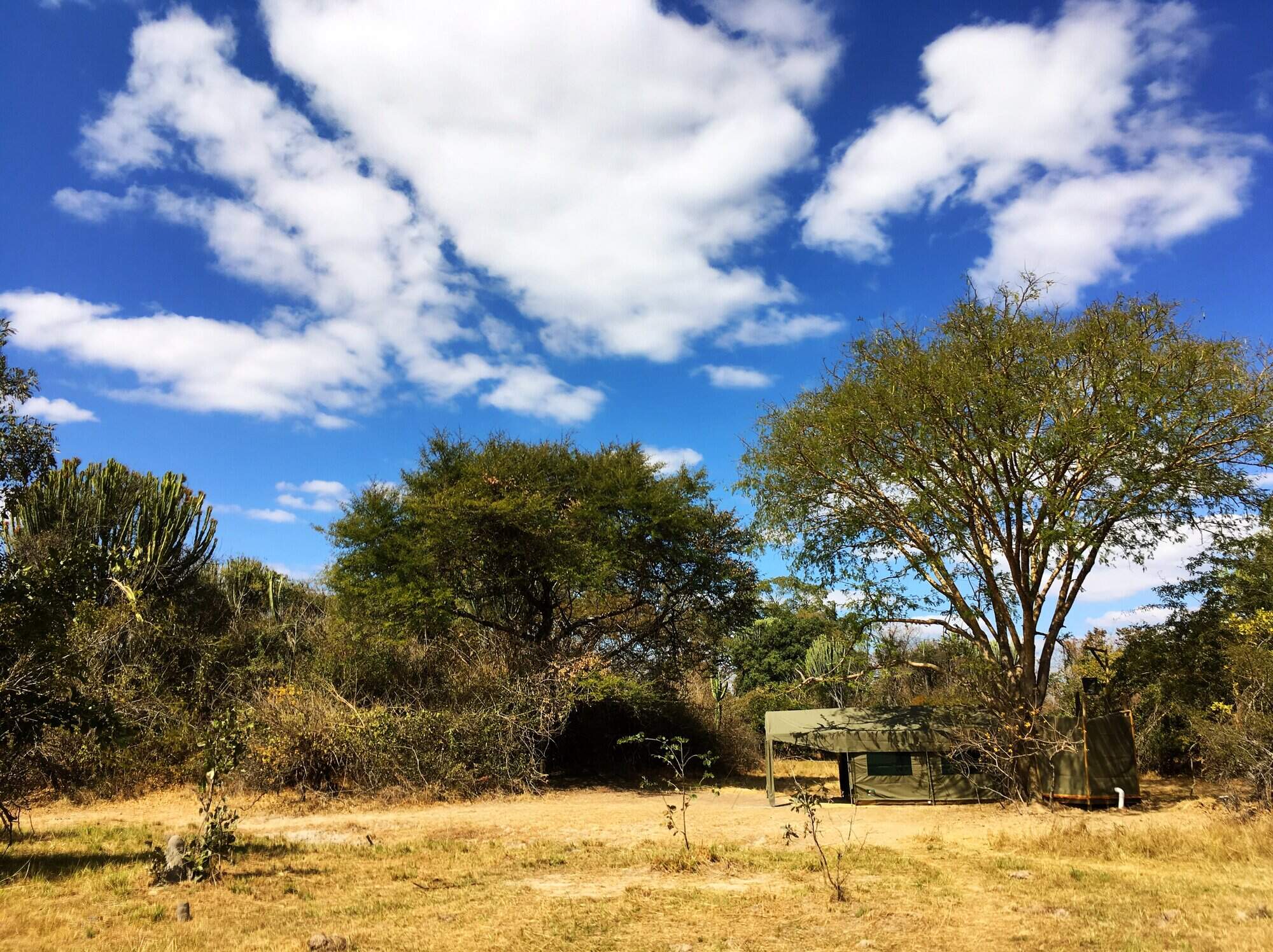 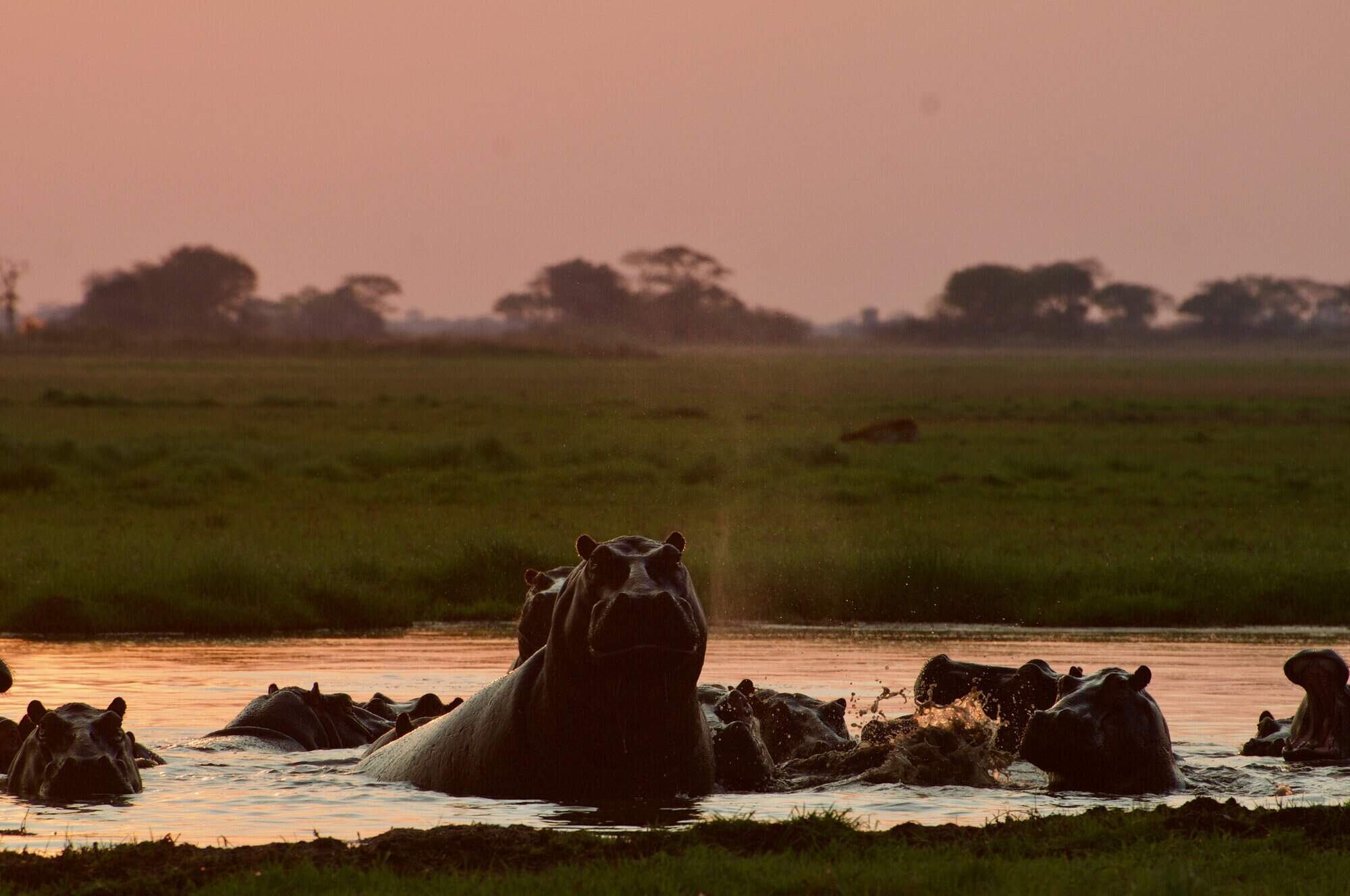 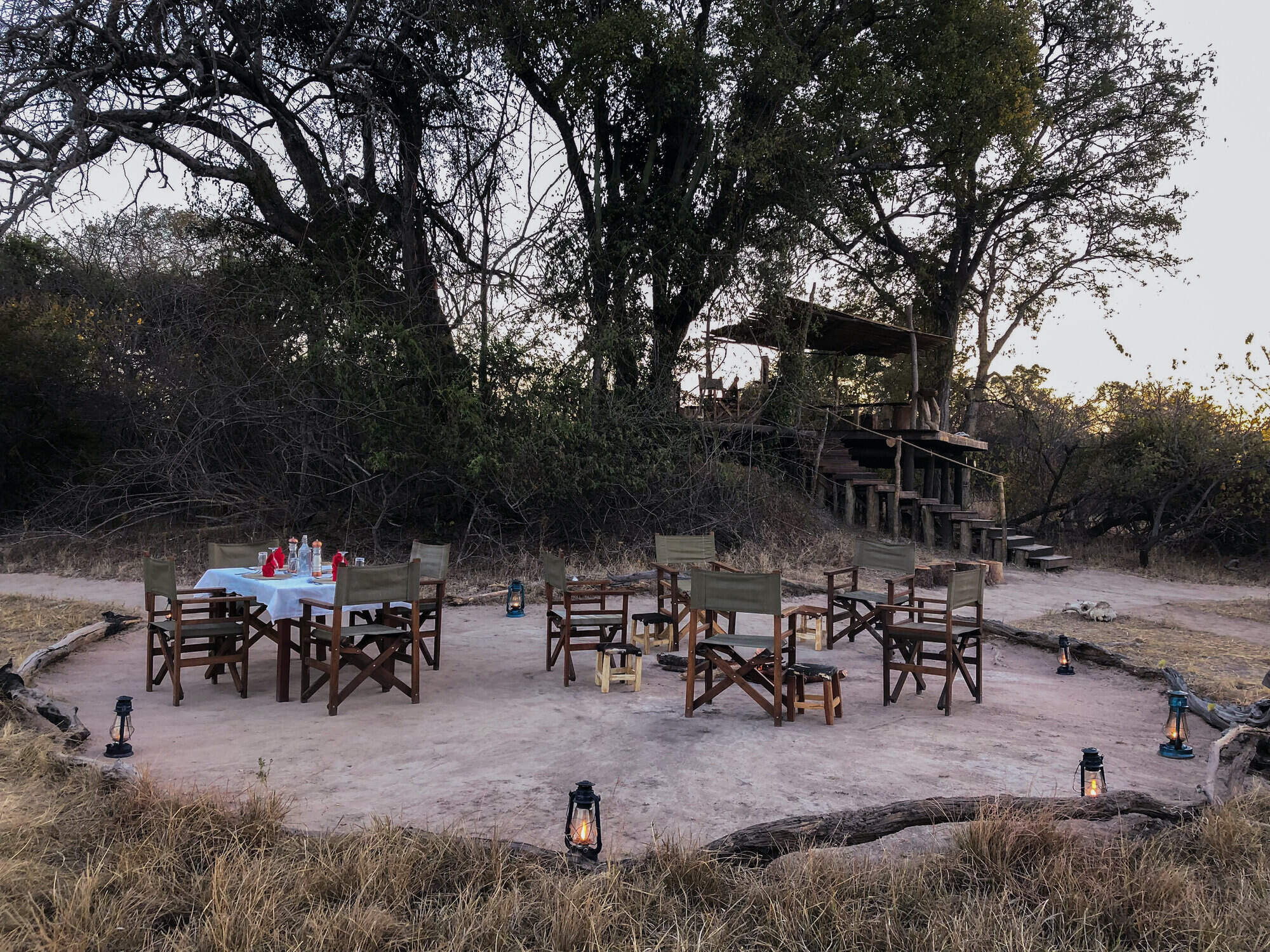 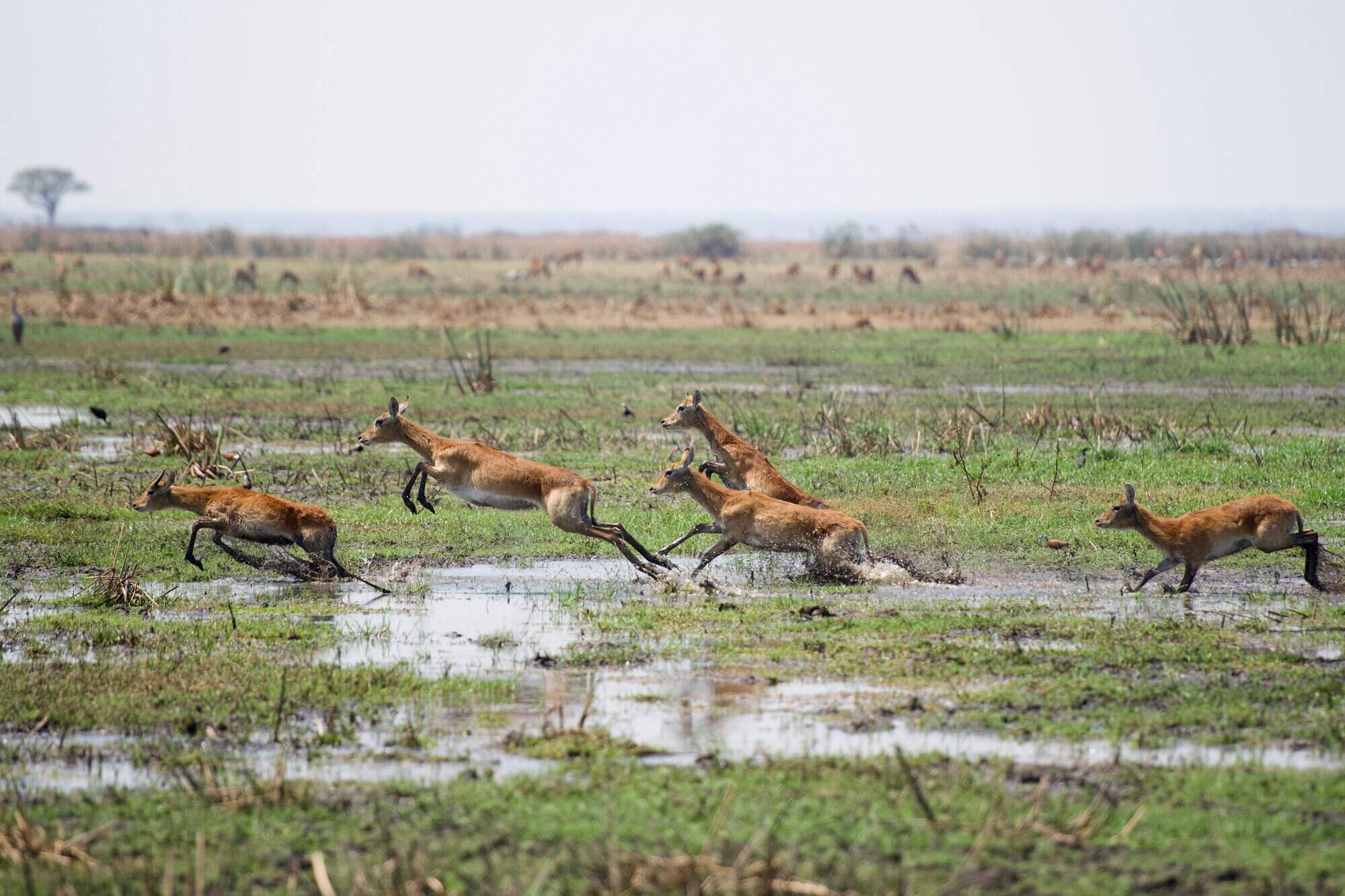 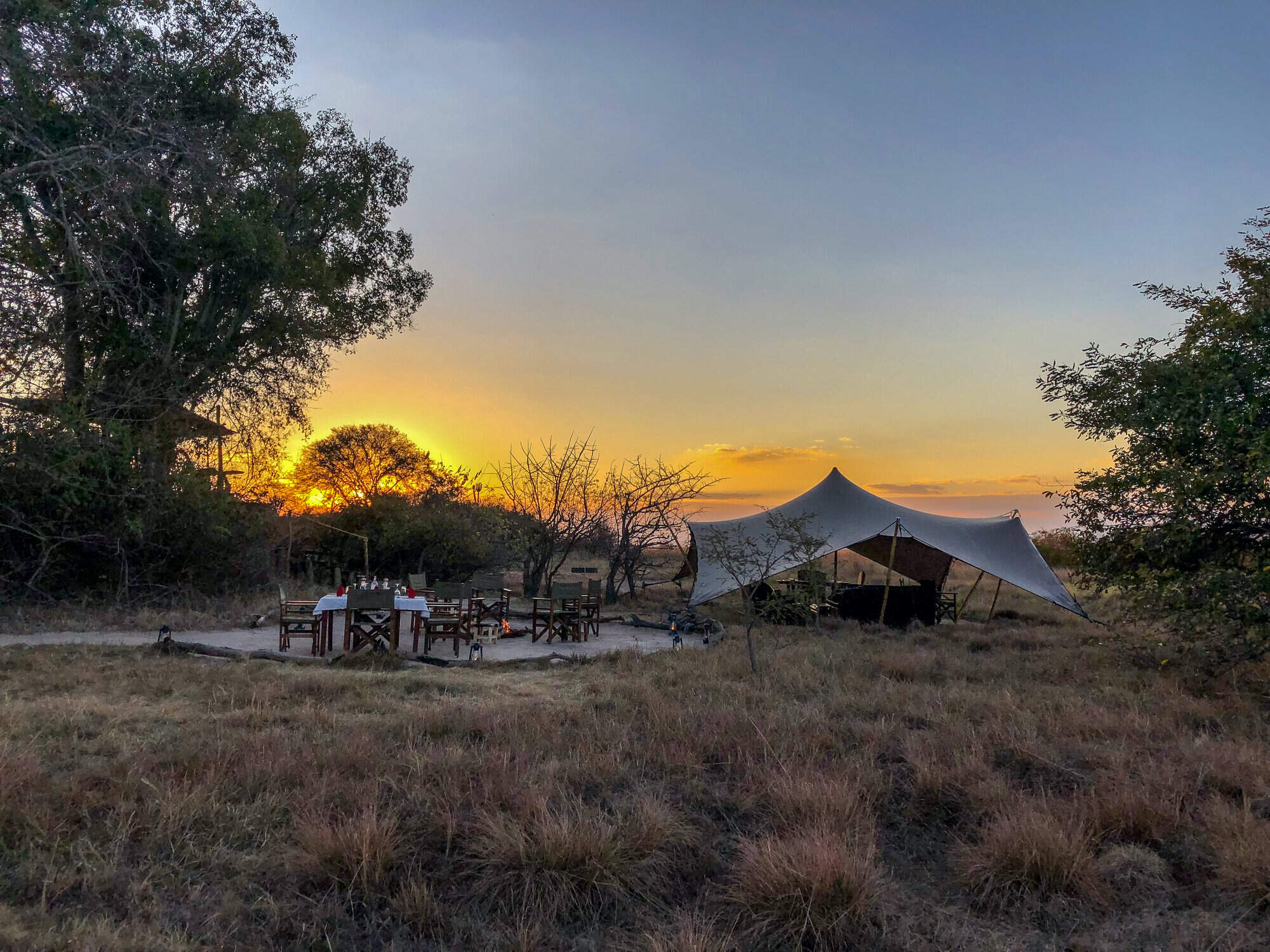 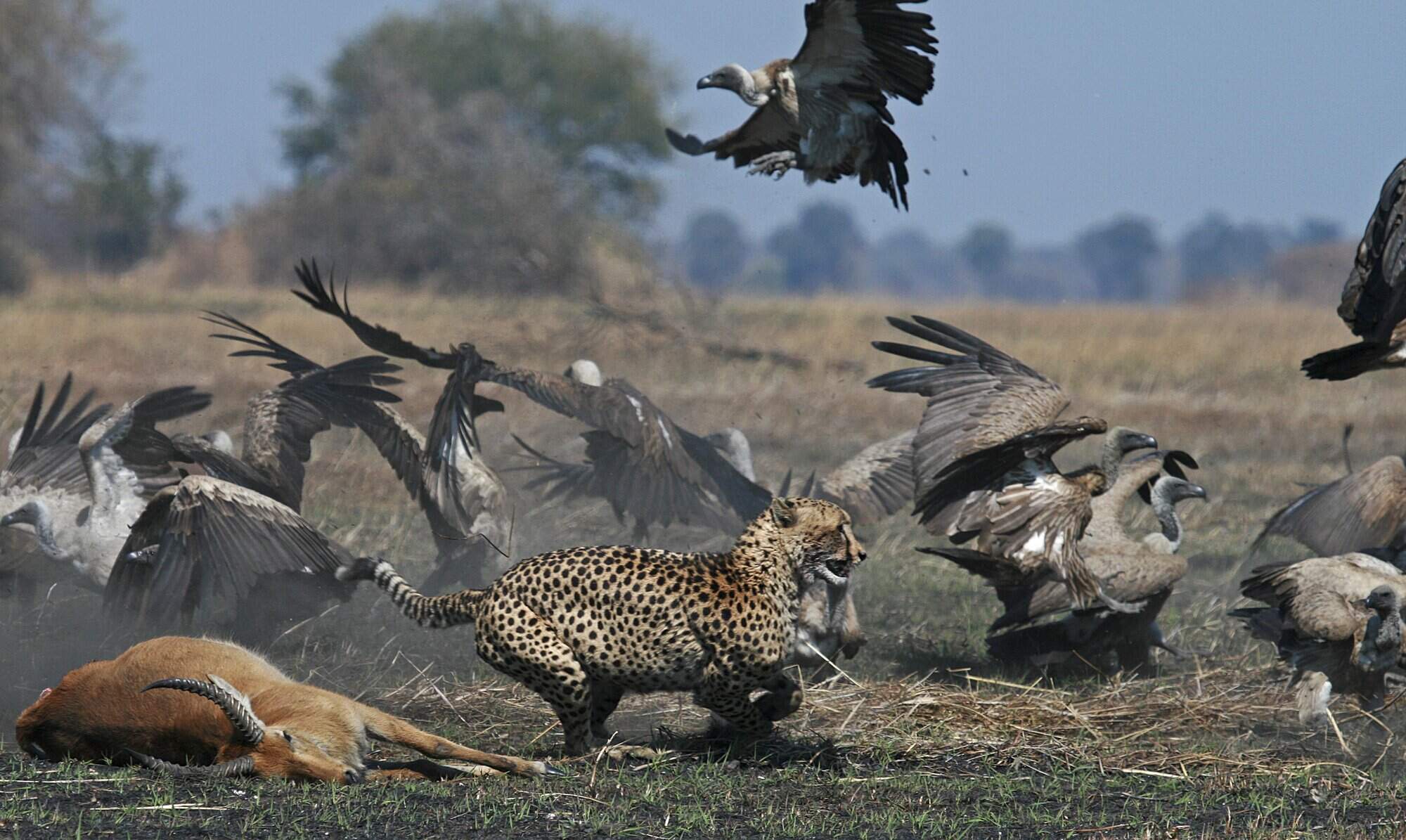 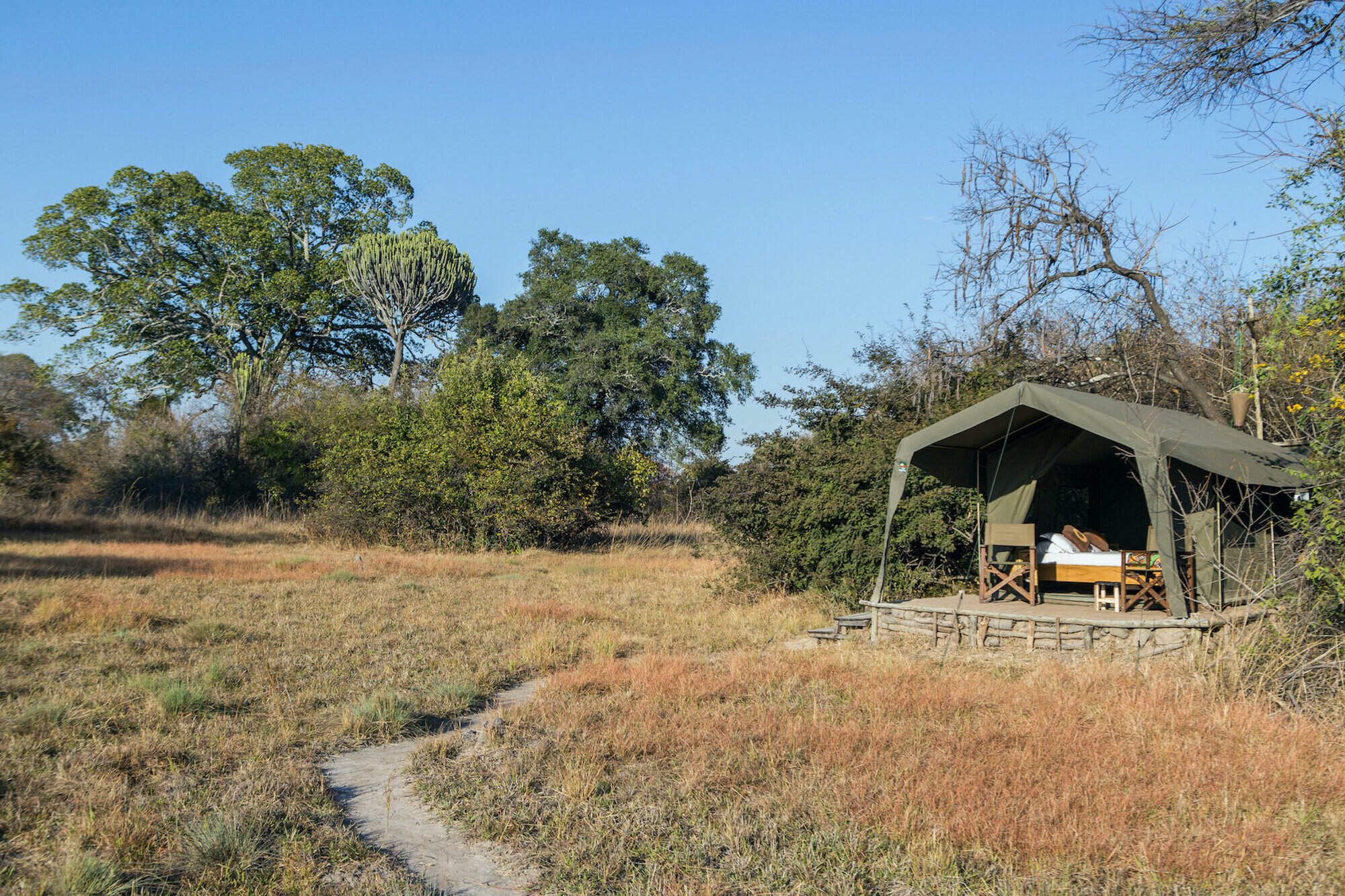 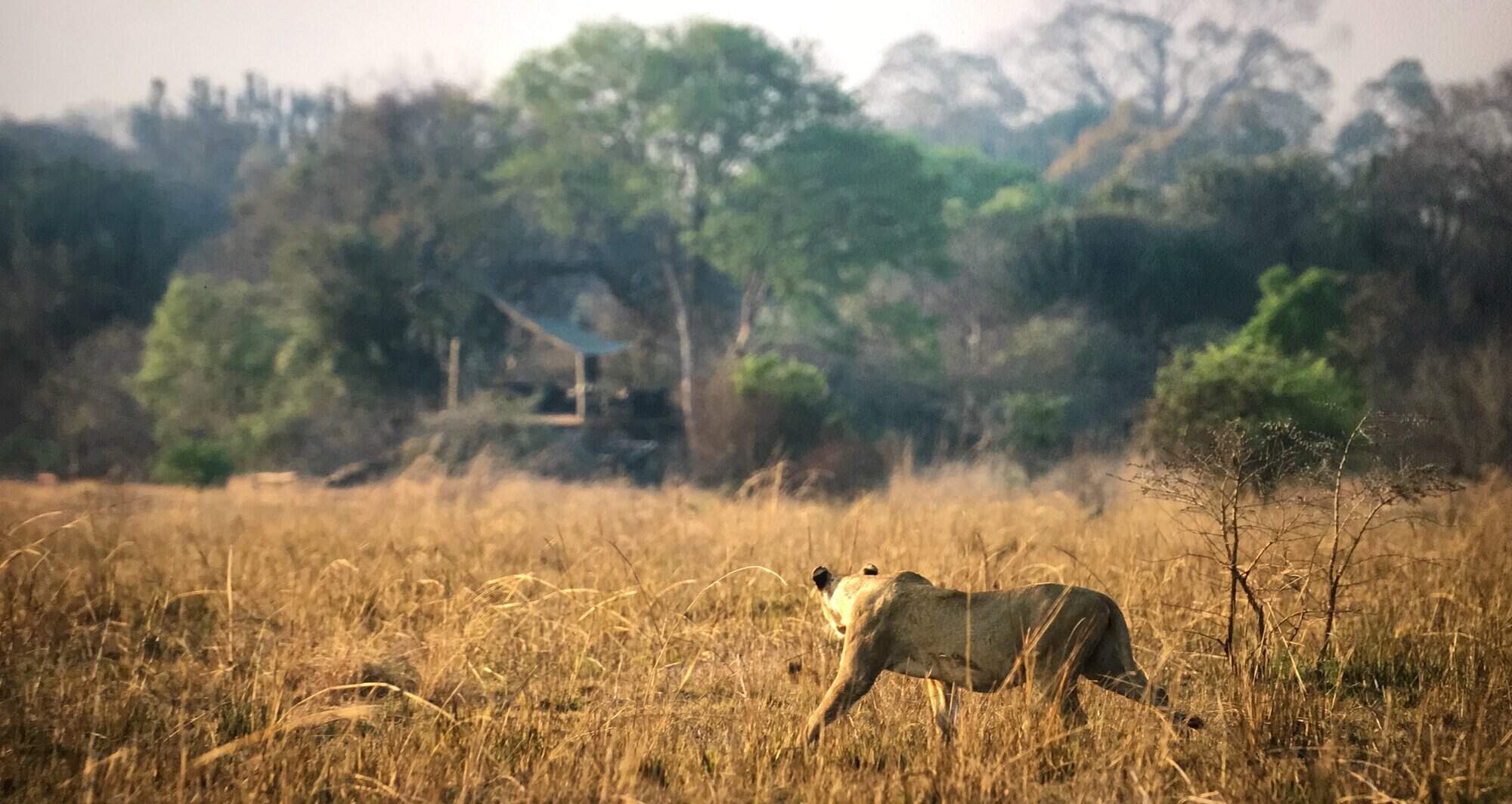 For Expert Africa's view, see our own full report on Ntemwa Busanga Camp, which contains our own observations and views.

Some three-hour game drive to the north of Musekese lies Ntemwa-Busanga Camp, a rustic bush camp on the southernmost reaches of Busanga Plains. This simple but charming camp is perfectly sited to make the most of the diverse Busanga Plains and its multitude of habitats, from riverine thickets in the south, the tree-lined edges and the productive, flooded grasslands in the centre and the variety of wildlife that inhabit them.

Classic safari tents are accompanied by open-air en-suite bathrooms at the rear, with flushing loos and warm bucket showers; the main area supplies a modest amount of power for charging cameras and other devices.

The wildlife of the Busanga Plains is as varied as it is numerous. Regional specials such as roan and sable antelope are common sightings here, along with thousands of red lechwe there is no shortage of game to view and photograph. Busanga is also home to some of the largest herds of buffalo in the park, with numbers over 600, a sight to behold. The Southern Plains areas are home to wildebeest and zebra, along with herds of the diminutive oribi and secretive reedbuck. Of course the predators are here too, with lion prides, leopards along the treeline, cheetah sightings from time to time and late season wild dog sightings.

Classic safari tents are accompanied by open-air en-suite bathrooms at the rear, with flushing loos and warm bucket showers; the main area supplies a modest amount of power for charging cameras and other devices.

Other lodges in Kafue National Park

Musekese is a small owner run tented camp, offering great guiding and a high degree of personal service in a stunning wilderness area, with modest game.

Busanga Bushcamp is a small but comfortable tented bushcamp (max 8 guests) which makes a great base for a wildlife safari to the Busanga Plains.

Shumba is a high-spec camp built on a tree island in the magical Busanga Plains. It opens in May, when the birdlife is particularly amazing; as the dry season progresses, the game can become remarkable.

Safaris to Kaingu Lodge, in the centre of the southern section of Zambia's vast Kafue National Park

Fig Tree camp is in the centre of Kafue National Park, and in addition to having a stunning location is well placed to start or end your trip in the park.

Mukambi Plains Camp is a rustic, tented property located in the middle of the vast Busanga Plains in Kafue National Park.

Due to open in June 2020, we’re expecting Chisa Busanga Camp to be a small, intimate and rustic camp.

Mukambi Safari Lodge is a solidly built, comfortable property just off the main road from Lusaka, making it one of the most convenient camps in Kafue.