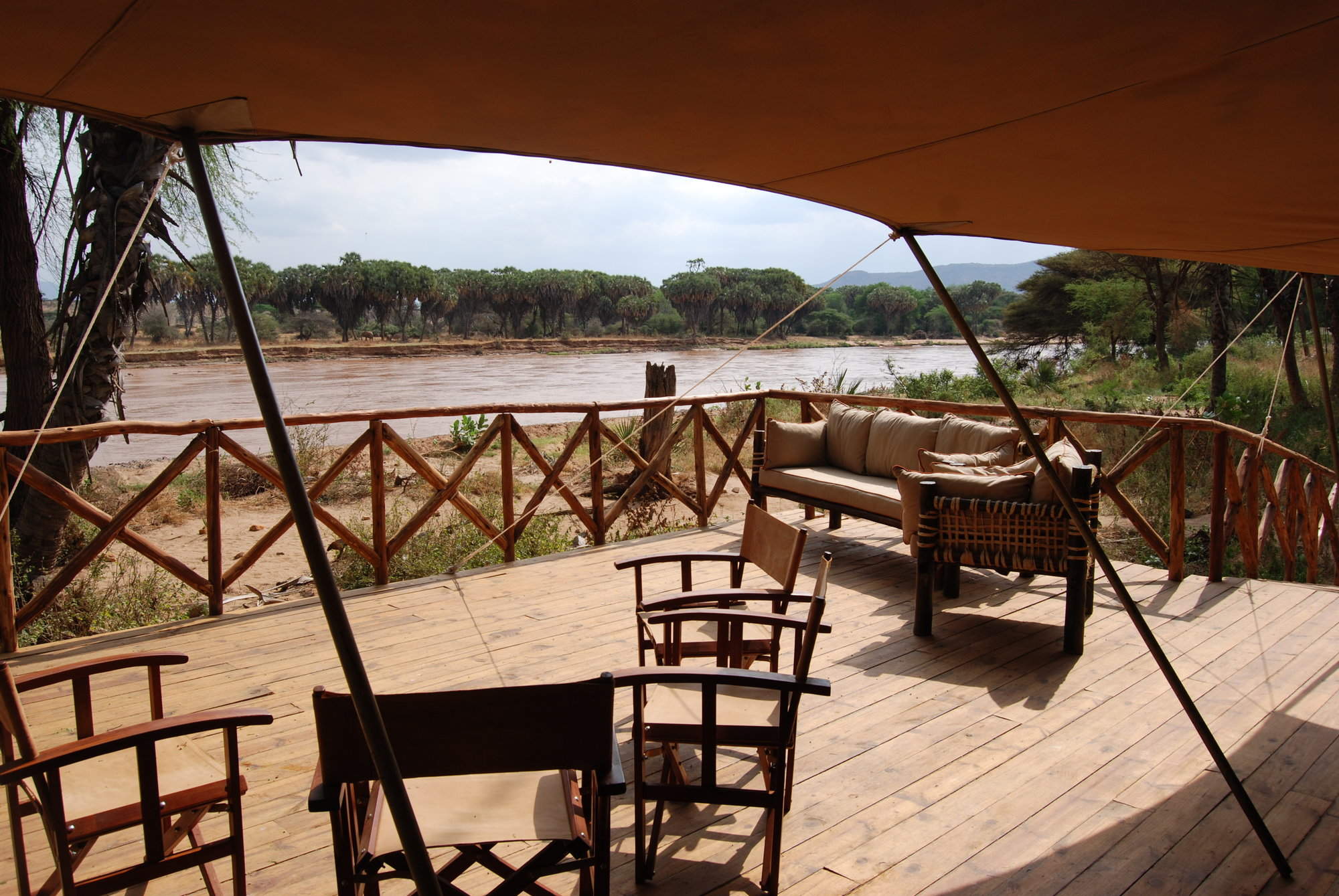 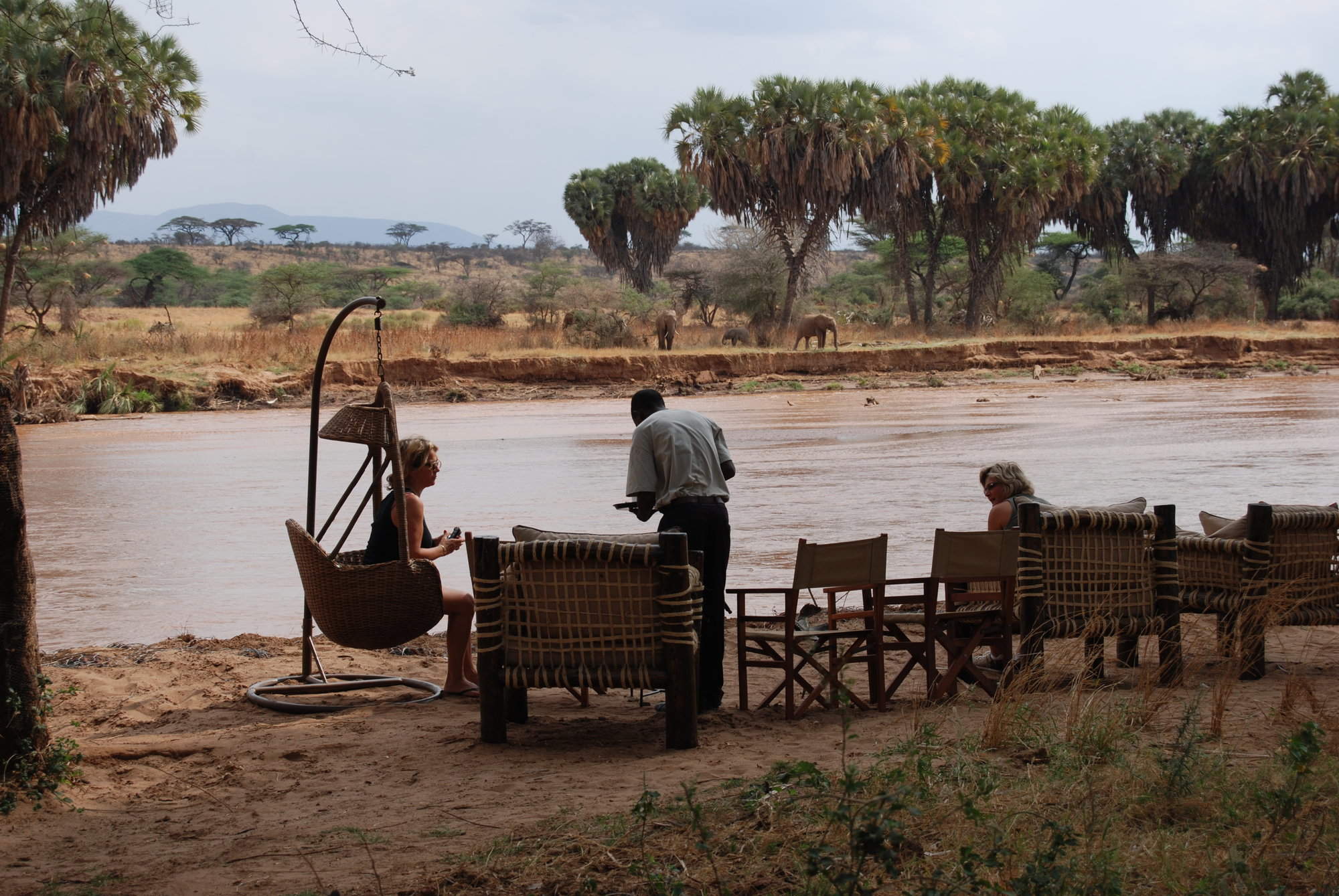 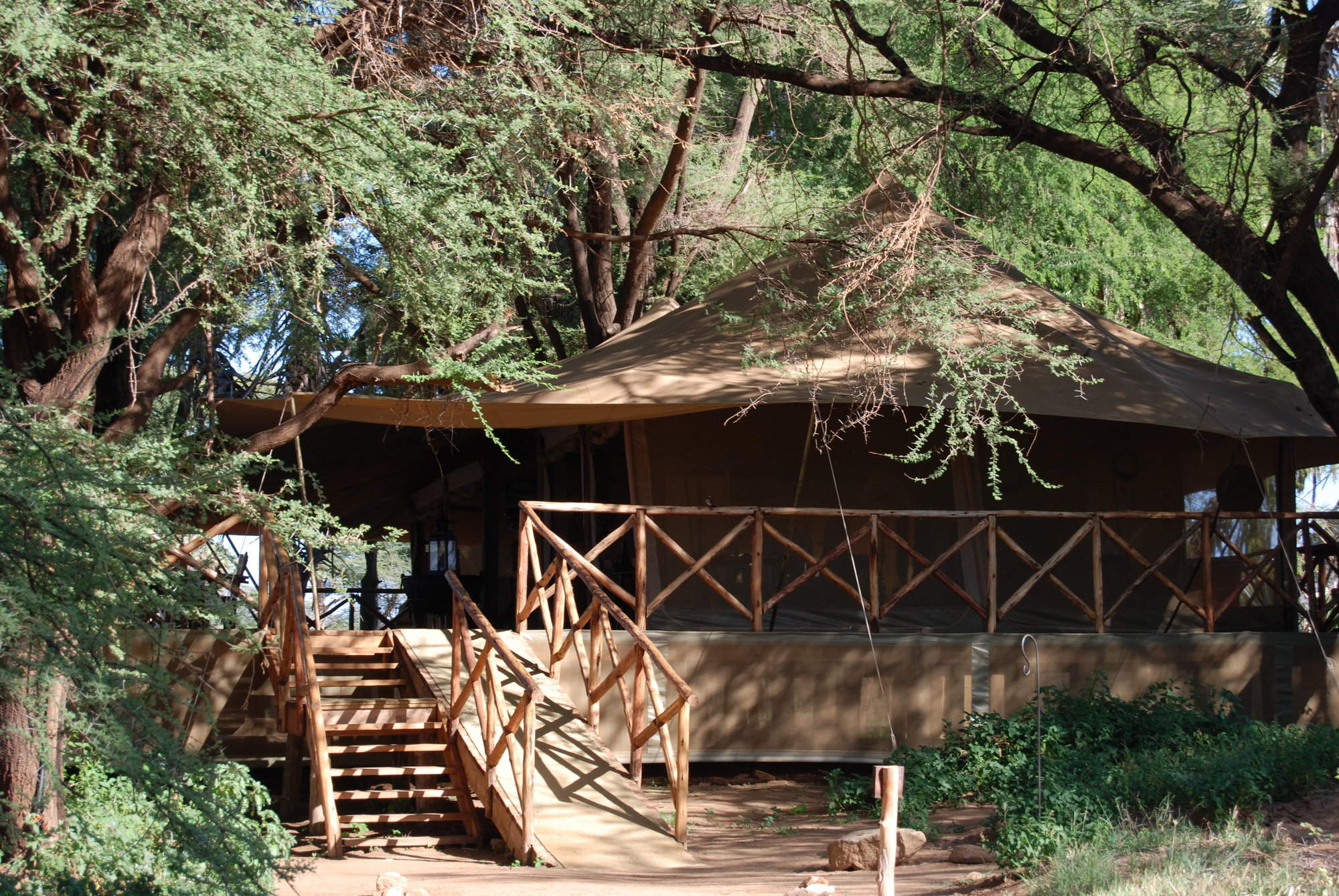 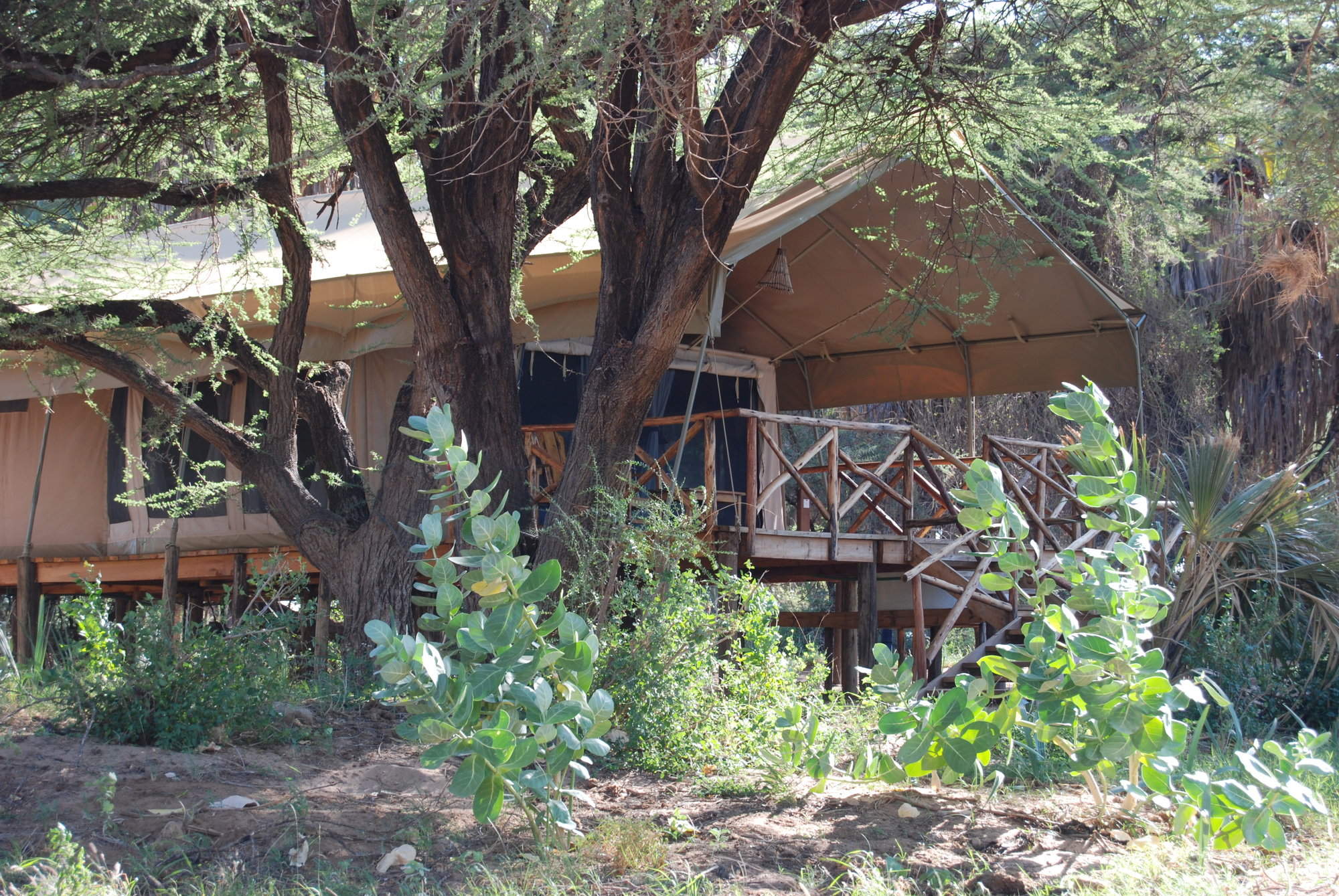 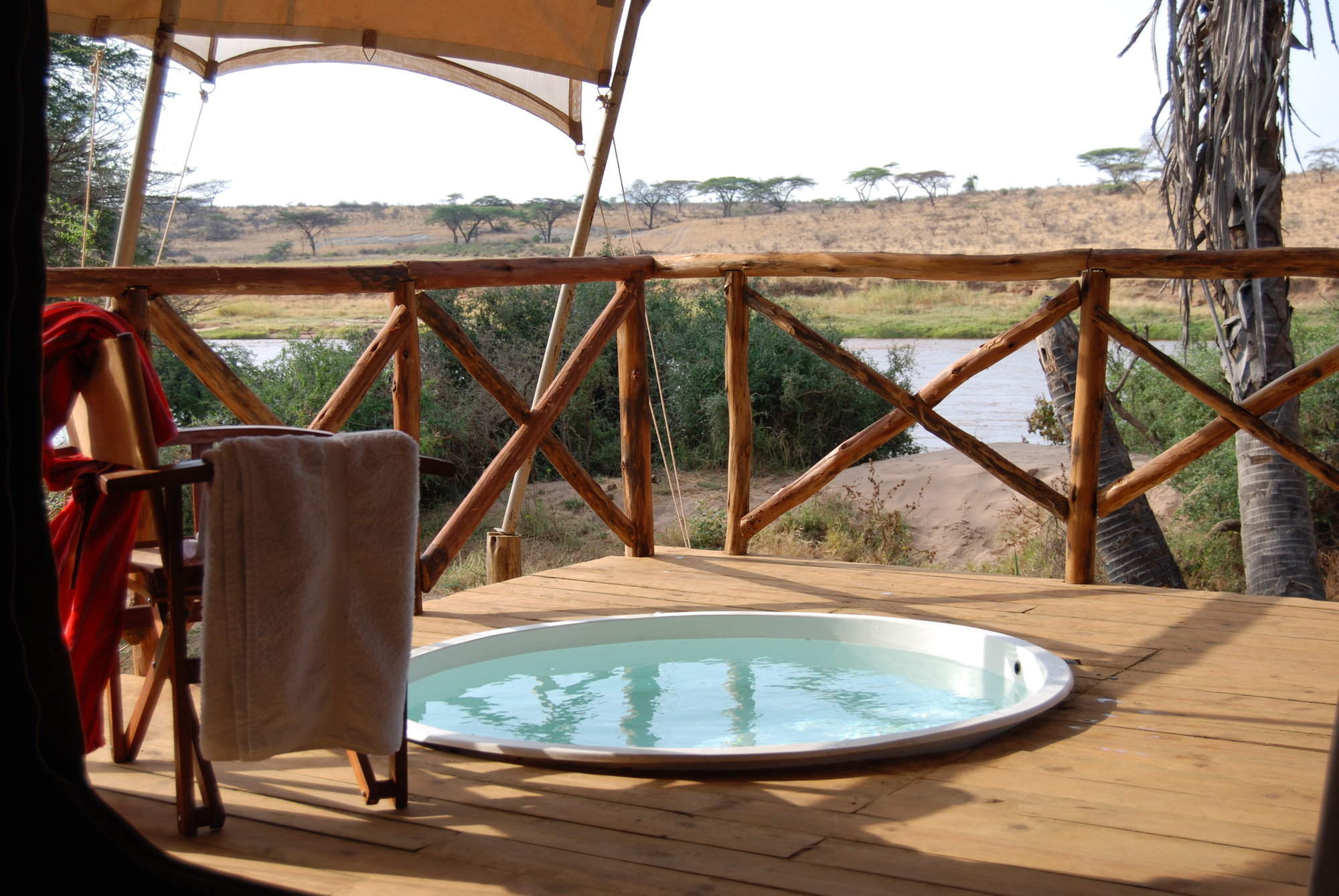 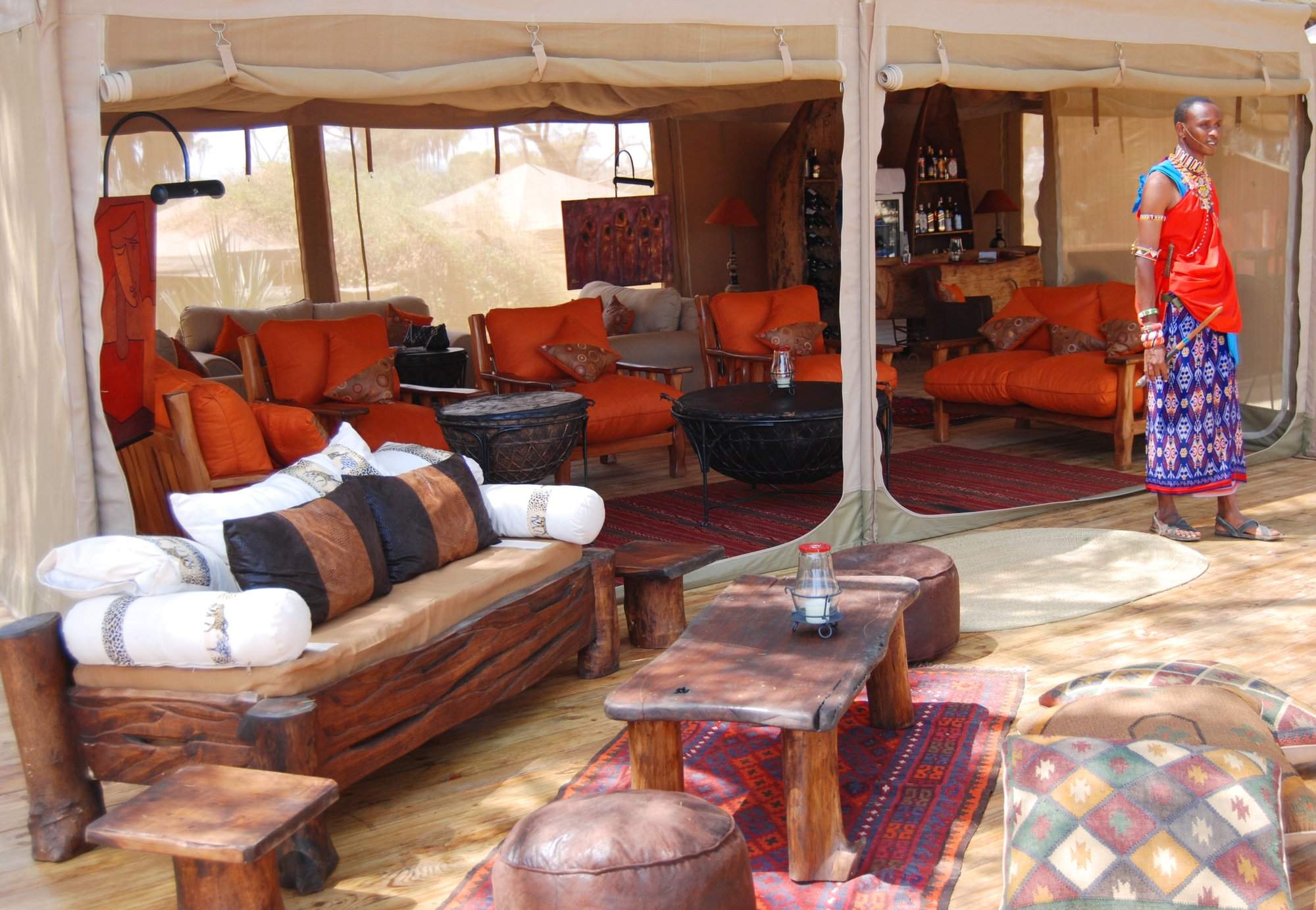 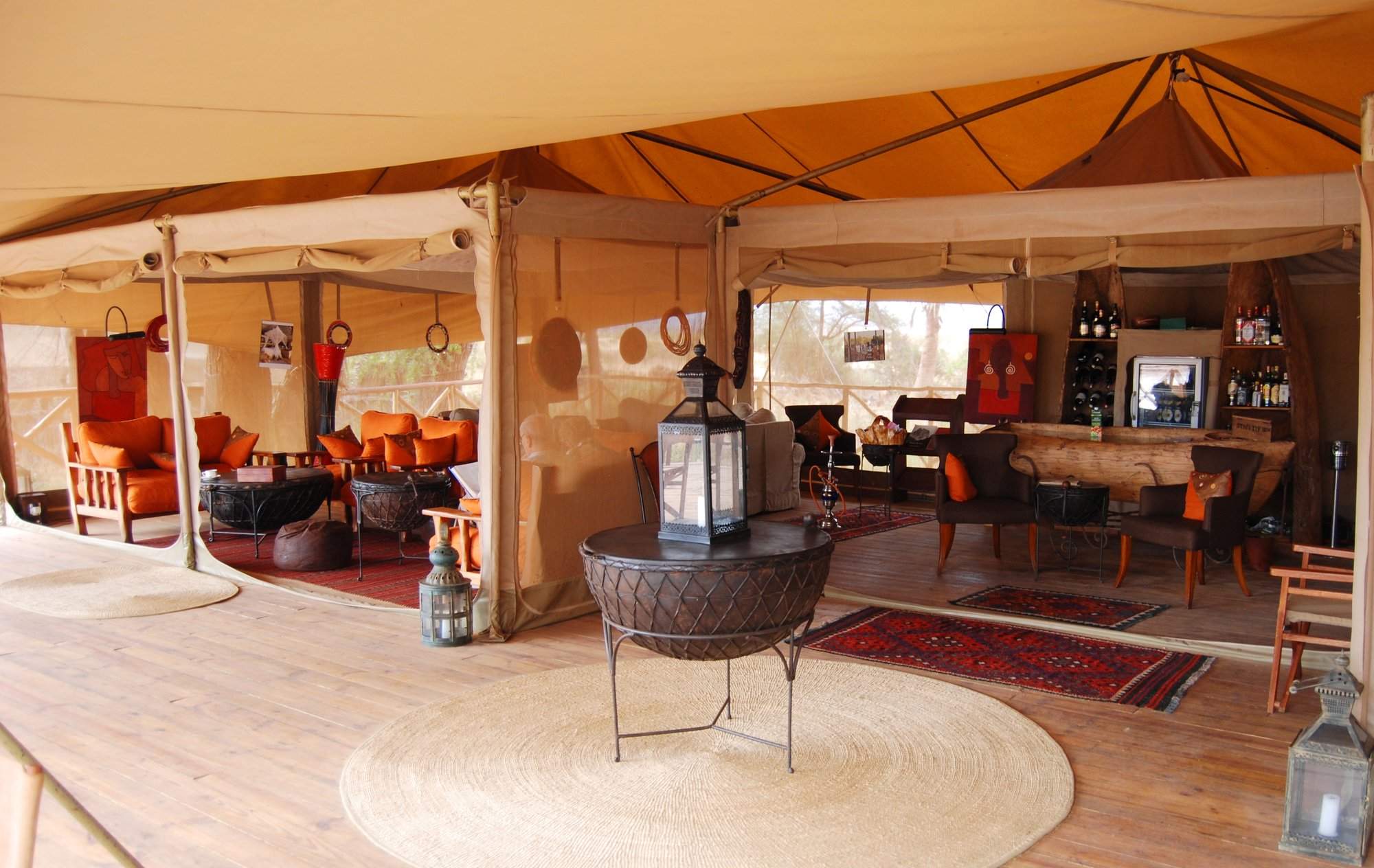 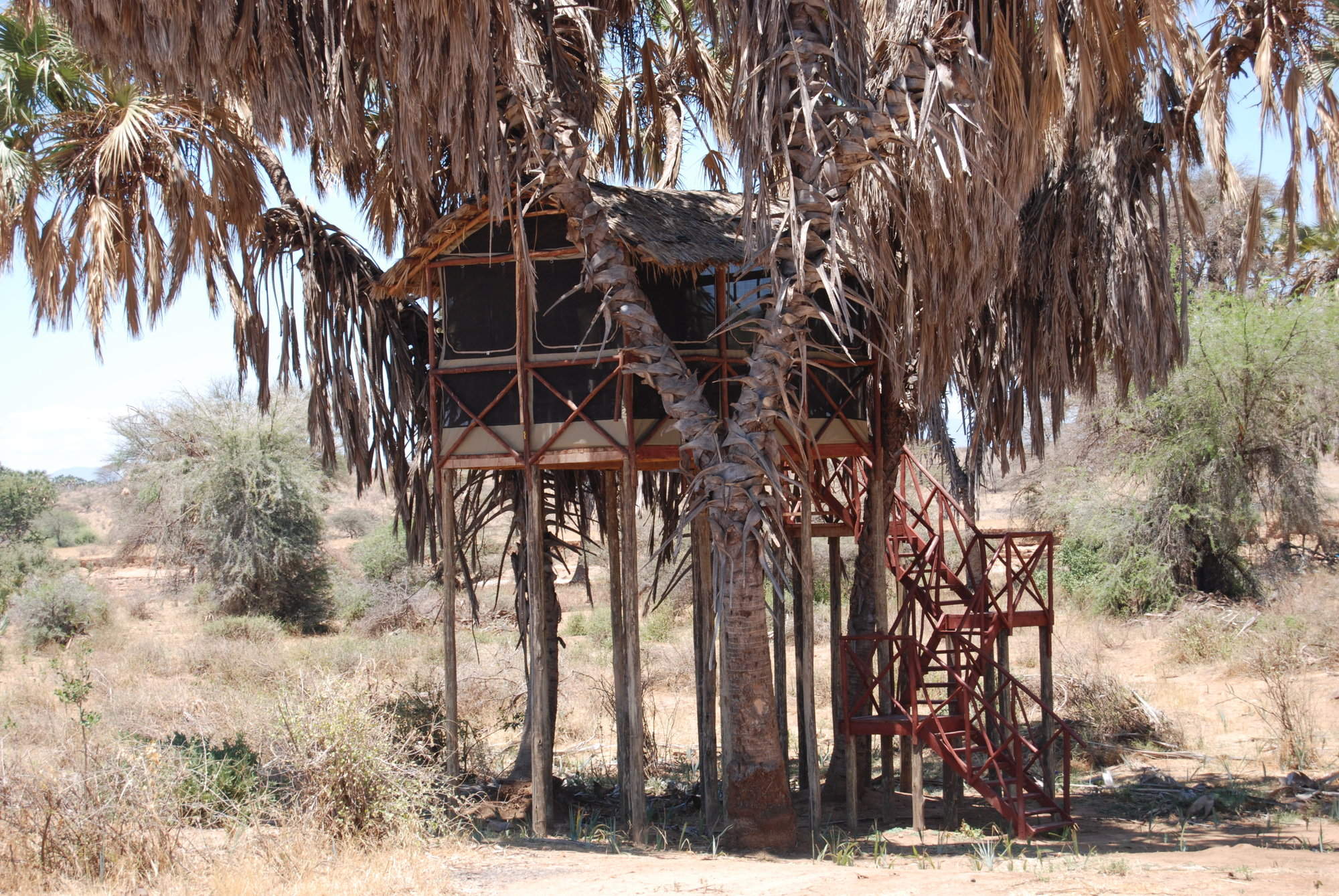 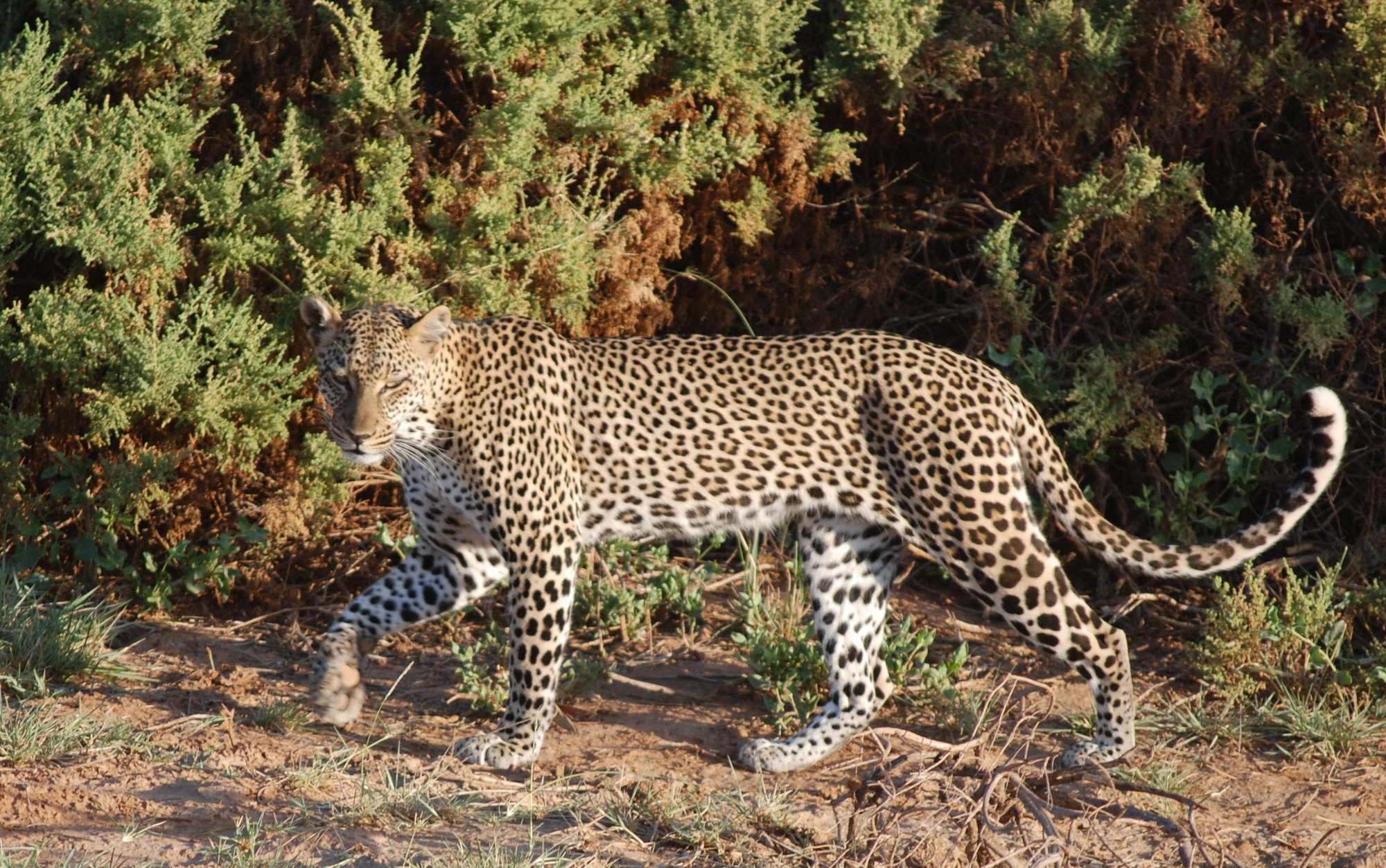 23 independent comments and wildlife information from our travellers who have visited Elephant Bedroom and kindly agreed to share their thoughts. They do not necessarily represent the views of Expert Africa

4 nights Arrived 24 Jan 2020
"Our guide / driver, Anthony, was excellent. We have had him before and he is very knowledgeable and empathetic with clients.

The woman serving us throughout, in the restaurant, was Jennifer. We have had her before and she is quite excellent with clients. Efficient and personable.

We felt that the camp itself, under new management, was not quite up to previous visits. For example tents were not wholly cleaned (eg under beds). There wasn't a clear chain of command apparent to us and we had very little interaction with those in charge." See all these reviews: 10n in Kenya
Experience Report
Overall Rating:
Good
Location:
Excellent
Service:
Excellent
Activities:
Excellent
Rooms:
Good
Food:
Excellent
Facilities:
Excellent
Sightings Report

3 nights Arrived 8 Jan 2020
"The camp is in a lovely spot - it was really nice to be by a river, a new experience for us. Our tent was good, the balcony with small plunge pool was a real asset, and it was amazing to have an elephant walking up and down in front of us!

The staff were in no way unpleasant but had relatively poor communication skills. Our allocated waiter, for example, said almost nothing other than introduce himself and our guide, whilst perfectly pleasant and polite, also said very little to us. He pointed out animals but only spoke otherwise in answer to direct questions, and then fairly briefly. He never asked us what we wanted to see, told us where he was heading nor asked us whether we were ready to move on from a particular site.

The food was plentiful, ridiculously, but mediocre. Surely no-one needs a three course lunch at 1pm having had breakfast at 9.30 and then a four course evening meal. We felt that quality was sacrificed to quantity. It may seem petty to comment on it but we found the way of serving the food childish and faintly ridiculous: any hot dish was brought under under a silver dome and the waiters made a big show of removing with a flourish making us count down from 3. It was just about ok the first time but after that became simply annoying!

The wildlife was disappointing, apart from the elephants which were great. There’s just didn’t seem to be that much there even and we really had to search for it, driving for long periods of time without seeing anything much..on our first afternoon, we began to wonder if there was any at all! Having not been to Samburu before, it’s difficult to judge whether this is typical of the area but it does seem that the unprecedented levels of rain had something to do with it. We were told that many animals had crossed the river to Buffalo Springs but, contrary to what usually happens, we were unable to follow because the bridge had been damaged in the flood. So, we saw only one Grevy stallion, the large female herd having decamped, the same couple of giraffe several times, some gerenuk, oryx, impala and gazelles, but no cheetah and two male lions only; we were, however, lucky enough on our last drive to see a leopard." See all these reviews: 11n in Kenya
Experience Report
Overall Rating:
Excellent
Location:
Excellent
Service:
Average
Activities:
Average
Rooms:
Good
Food:
Average
Facilities:
Good
Feedback Response
The owners of Elephant Bedroom got back to Expert Africa to apologise that these travellers had some issues during their stay, all of which were communicated to the camp management. Disruptive floods had washed through the camp a month before their stay, causing it to close briefly. While the lack of wildlife clearly had an impact on how much they enjoyed their time here, the camp apologised for their guide’s lack of communication and were taking steps to address his guiding skills. The camp went on to say that well presented food is an important part of their hospitality to guests, but on this occasion it seems that the waiter was a little over-enthusiastic. They emphasised that guests are always welcome to request lighter meals, and their chefs are extremely accommodating.

3 nights Arrived 16 Jan 2019
"The location of Elephant Bedroom camp by the river is lovely. The tent was very well-equipped and comfortable, and it was very nice to have the plunge pool.

But the food was a bit disappointing. Breakfast was fine, but the 3 course lunches and dinners were very similar and it would have been preferable to have had a much simpler meal in the middle of the day.

3 nights Arrived 15 Oct 2018
"A stunning place. We had fantastic sightings of leopard, cheetah and saw a successful lion kill thanks to the skills of Lekeda (James). We appreciated that the game drive vehicles were not filled to capacity.

The camp is rather more luxurious than we would normally choose, but was a welcome extravagance after a trip to Northern Kenya. The camp is run by Joseph and his team with seemingly effortless efficiency. The staff were conscientious and diligent and looked after us well.

The rooms are very spacious, clean, and beautifully presented and the plunge pool a welcome treat. Given the conditions of being in the bush, the food was generally excellent.

3 nights Arrived 24 Aug 2018
"Our tent at Elephant Bedroom was very large and well furnished with a massive bed and the adjoining bathroom was also large and functional. The location was perfect, right on the river bank and we had many Elephants wander by our tent during the day eating the shrubbery in front of it. In fact one day we spent a lovely couple of hours "trapped" on our decking watching a bull elephant eat a leisurely lunch.

The communal area was nice, we enjoyed eating lunch by the river and on the main decking at dinner time. They had a good range of drinks available to purchase. All the staff were very friendly and helpful.

This was one of only two places we stayed where we had a choice at meal times which was a nice treat. Unfortunately I wouldn't say the food is amazing. As a vegetarian I was quite disappointed with the options for the evening meal. Lunch and breakfast were better but not great. The meat main meals were slightly better but nothing to write home about.

We were really happy with our guide Julius, who seemed very experienced and knowledgeable. He was very friendly and easy to get along with. We really enjoyed our safaris with him and even saw the only leopard of the trip. Compared with Kicheche camp where we stayed next you get a lot less jeep time here as you only go out in the morning for a short while as they bring you back to camp for breakfast. The sundowner was great, at a really nice location. We were given the option of a double double or triple triple shot in our pina colada. It seems they do one every second night so depending on when you arrive you get either one or two sundowners.

We've been told that Samburu isn't as good as other place in Kenya for game viewing which may be true (although we did see a leopard here) but we would definitely visit Samburu and Elephant Bedroom again for the proximity and amount of elephants in the area. They are everywhere you turn!" See all these reviews: 15n in Kenya
Experience Report
Overall Rating:
Good
Location:
Excellent
Service:
Good
Activities:
Good
Rooms:
Excellent
Food:
Average
Facilities:
Good
Sightings Report

3 nights Arrived 27 May 2018
"Elephant Bedroom Camp was great. We were collected at the airstrip by Antony our guide, he was knowledgable, funny and a pleasure to be with.

The game drives were good and we saw an abundance of elephants and giraffes.

The wildlife spotting opportunities in camp were great.

The accommodation was overall excellent, the cleanliness and comfort of the rooms/tents superb. My only criticism was the food; perfectly edible but not inspiring." See all these reviews: 9n in Kenya
Experience Report
Overall Rating:
Excellent
Location:
Excellent
Activities:
Excellent
Rooms:
Excellent
Food:
Excellent
Facilities:
Excellent
Sightings Report

Joseph is very good and makes you feel welcome and Anthony (who we had for a second year in a row) is an excellent guide. He tunes in quickly to what the group wants.

Other lodges in Samburu National Reserve

Saruni Samburu is a top-quality boutique lodge, with one of the most breathtaking locations in Kenya overlooking its own private conservancy.

Stylish and luxurious Sasaab has nine rooms with stunning views across the Ewaso Nyiro River to the plains beyond.

Larsen’s Tented Camp is a relaxed and welcoming camp, with 20 sturdy tented rooms, a good pool and a very engaging team of staff.