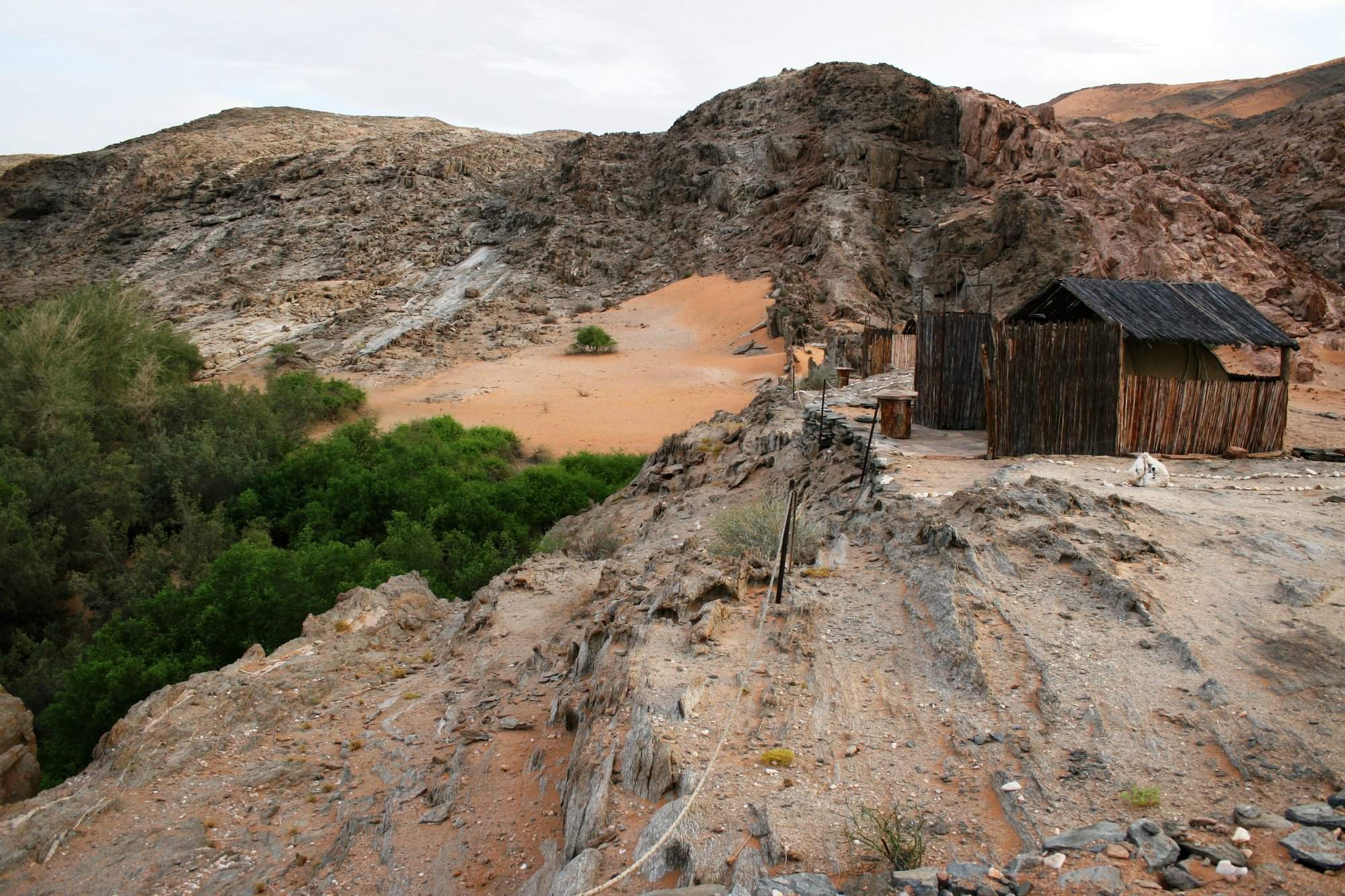 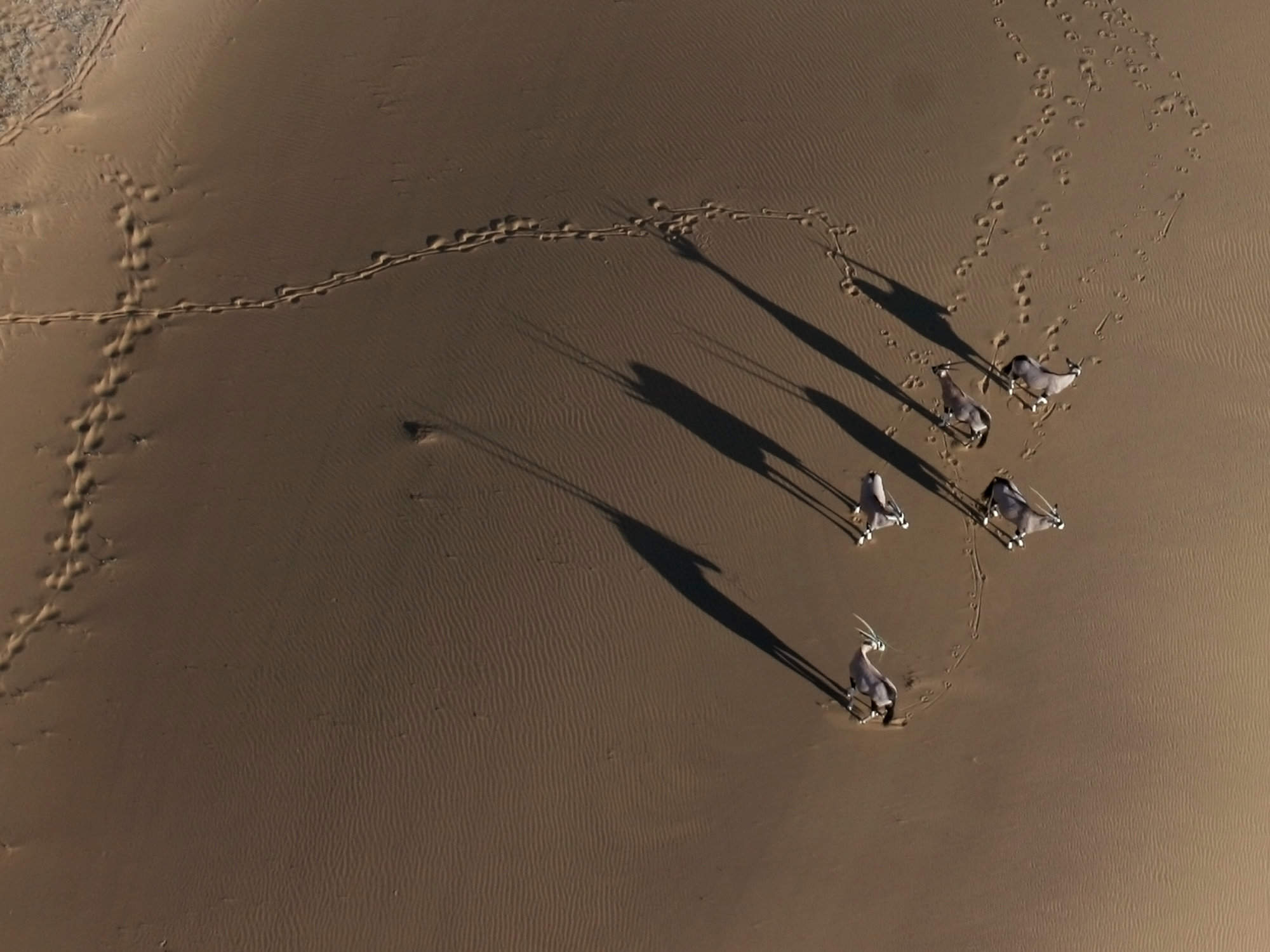 For Expert Africa's view, see our own full report on Kunene River Camp, which contains our own observations and views.

Kunene River Camp is accessible through the Schoeman's company, Skeleton Coast Safaris. With mountains, sand dunes and vast gravel plains all around – visitors get a true feeling of the enormity of the place and also of its complete and utter isolation. Meanwhile, mysterious 'fairy circles' etched onto the gravel plains add a magical ecological puzzle.

The camp is set at the northern end of the Hartmann Valley, by the beautiful Kunene River, which acts as a natural boarder between Namibia and Angola. The lush banks of the Kunene contrast starkly with the surrounding desert – and are havens for diverse wildlife.

Kunene Camp has dome tents covered with a reed and has proper twin beds with neutral bed linen. The tents also have a bedside table, battery powered lamp, bottled water and tissues. There is also a small area in front of the tent where one gets great views of the surrounding scenery.

The dining area at Kunene River Camp is constructed from local materials – stone, wood and reed - and is covered, but open at the front and partially at the sides, giving great views along the Kunene River and across to Angola.

Activities offered at Kunene Camp include a boat trip along the Kunene – which starts off passing sandy banks and lush vegetation which is home to lizards and crocodiles. This area is also home to the nomadic Himba communities and guests may visit the nearest settlement to learn about their traditions and culture.