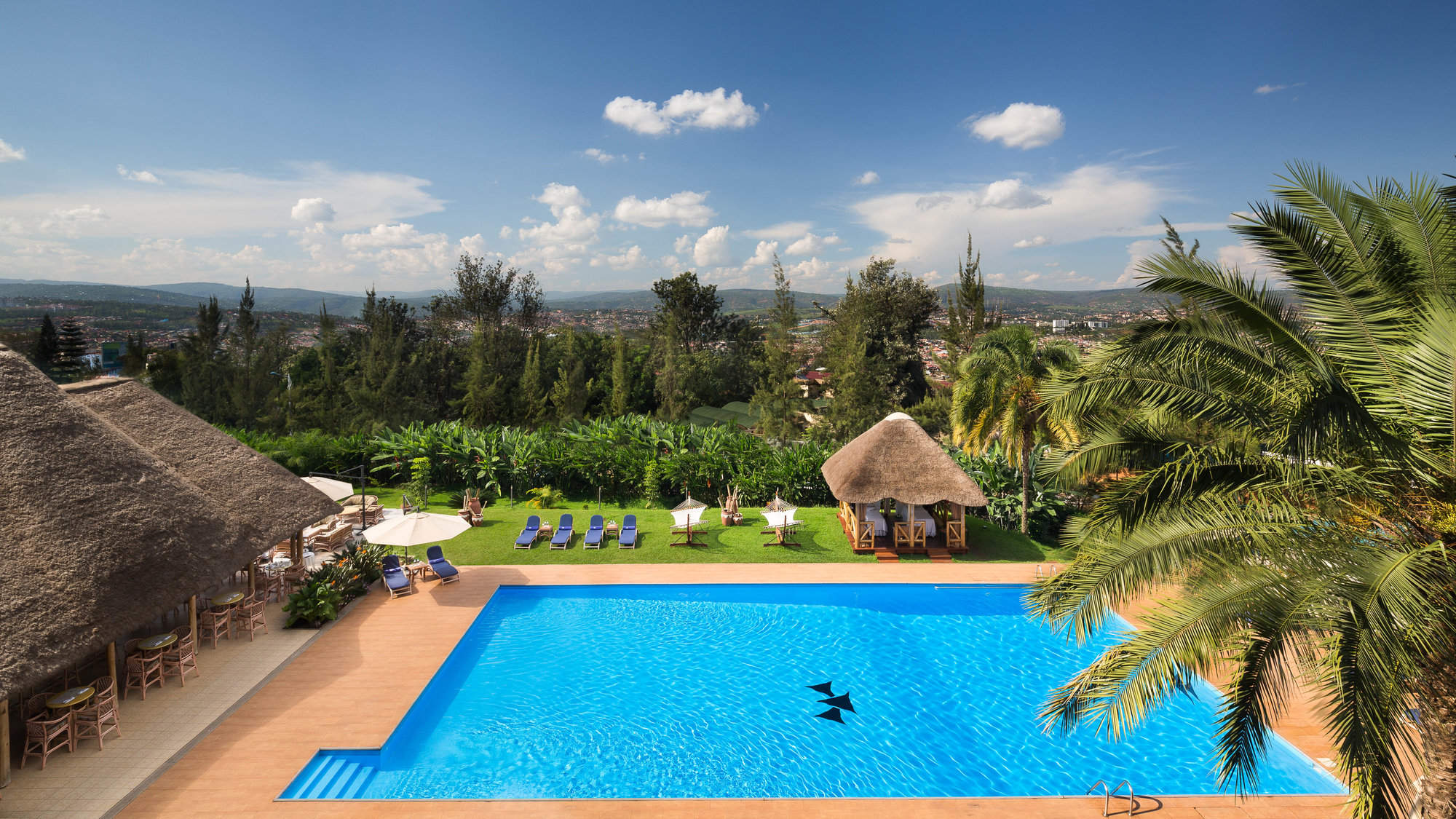 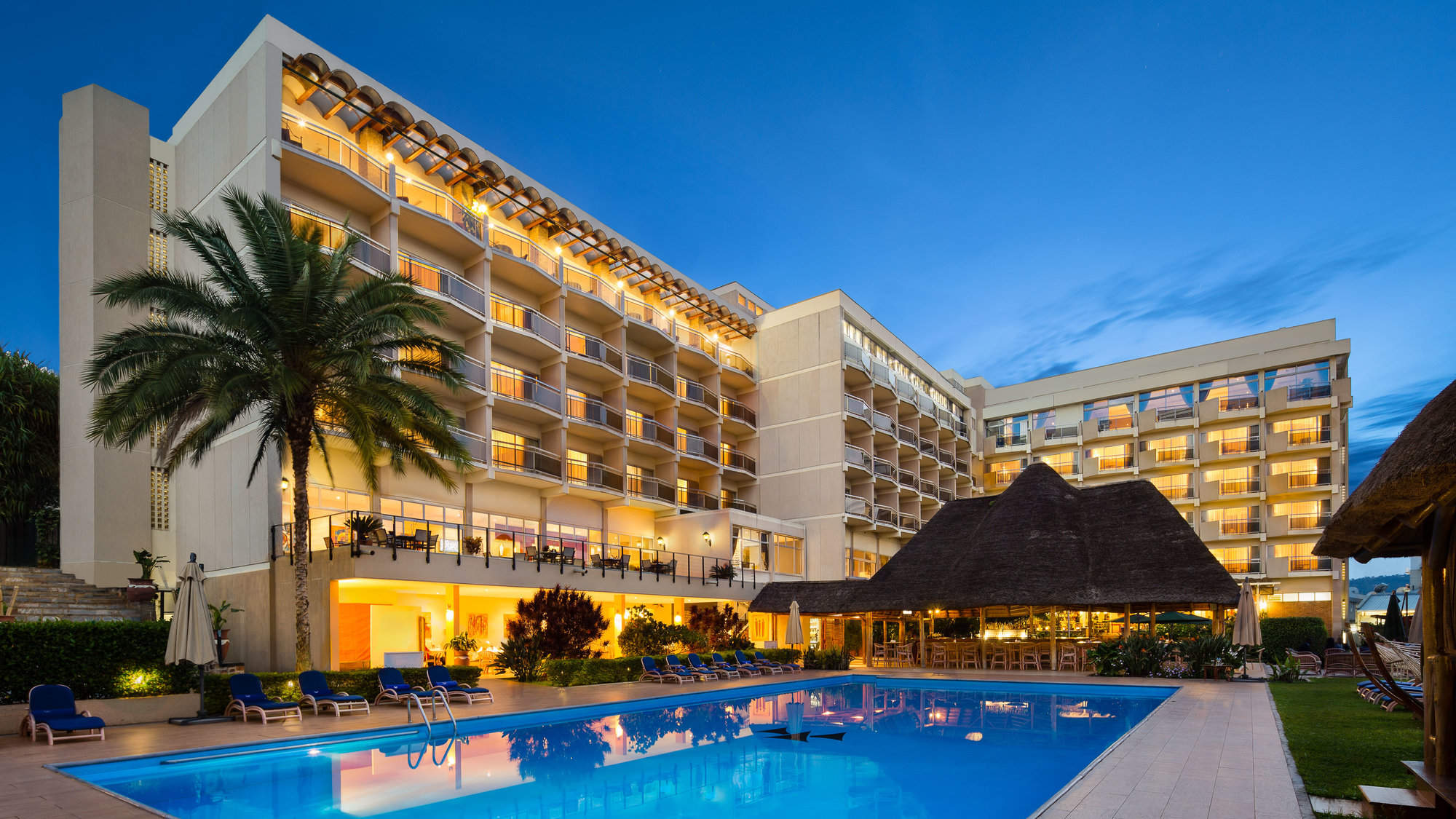 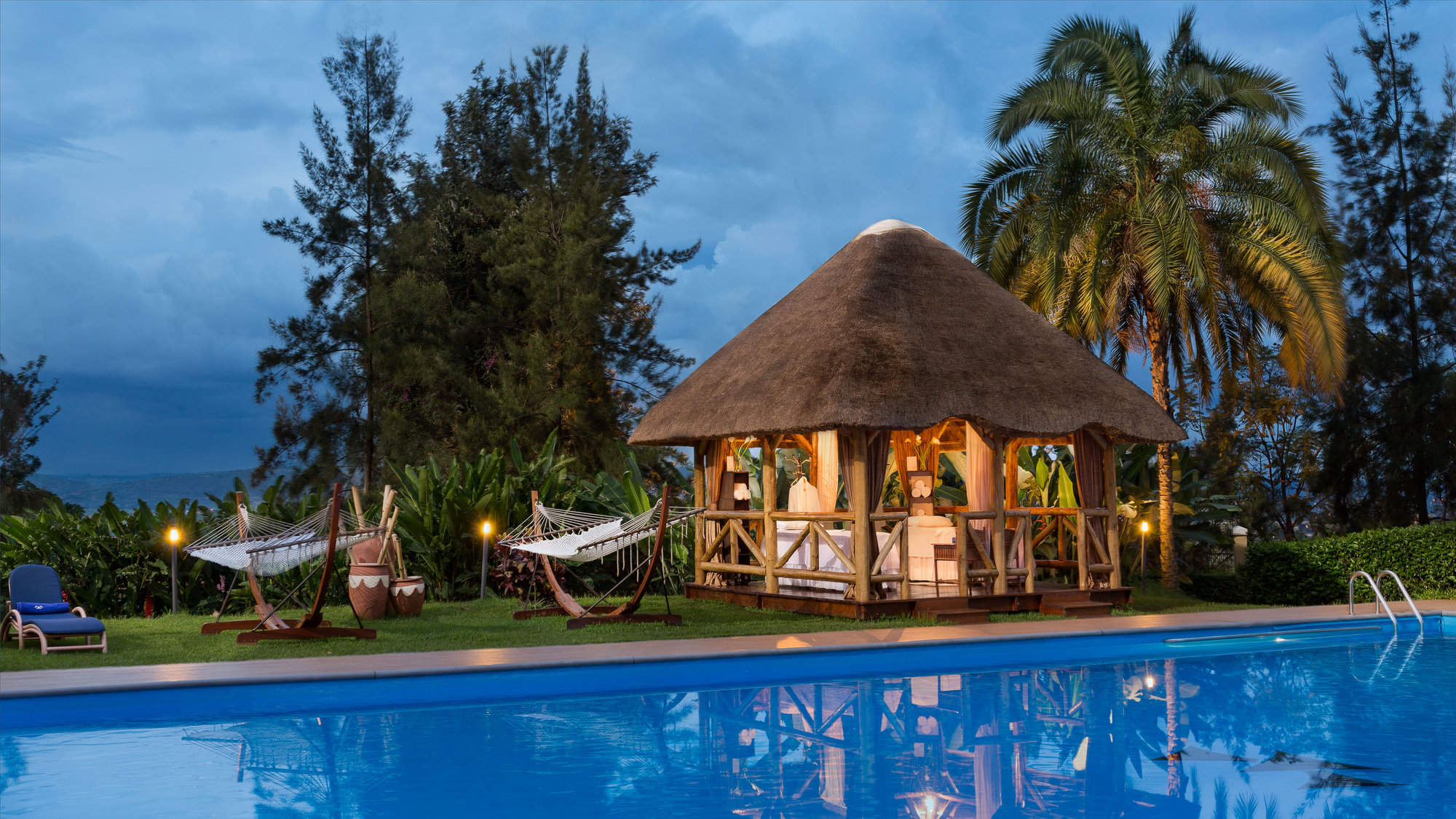 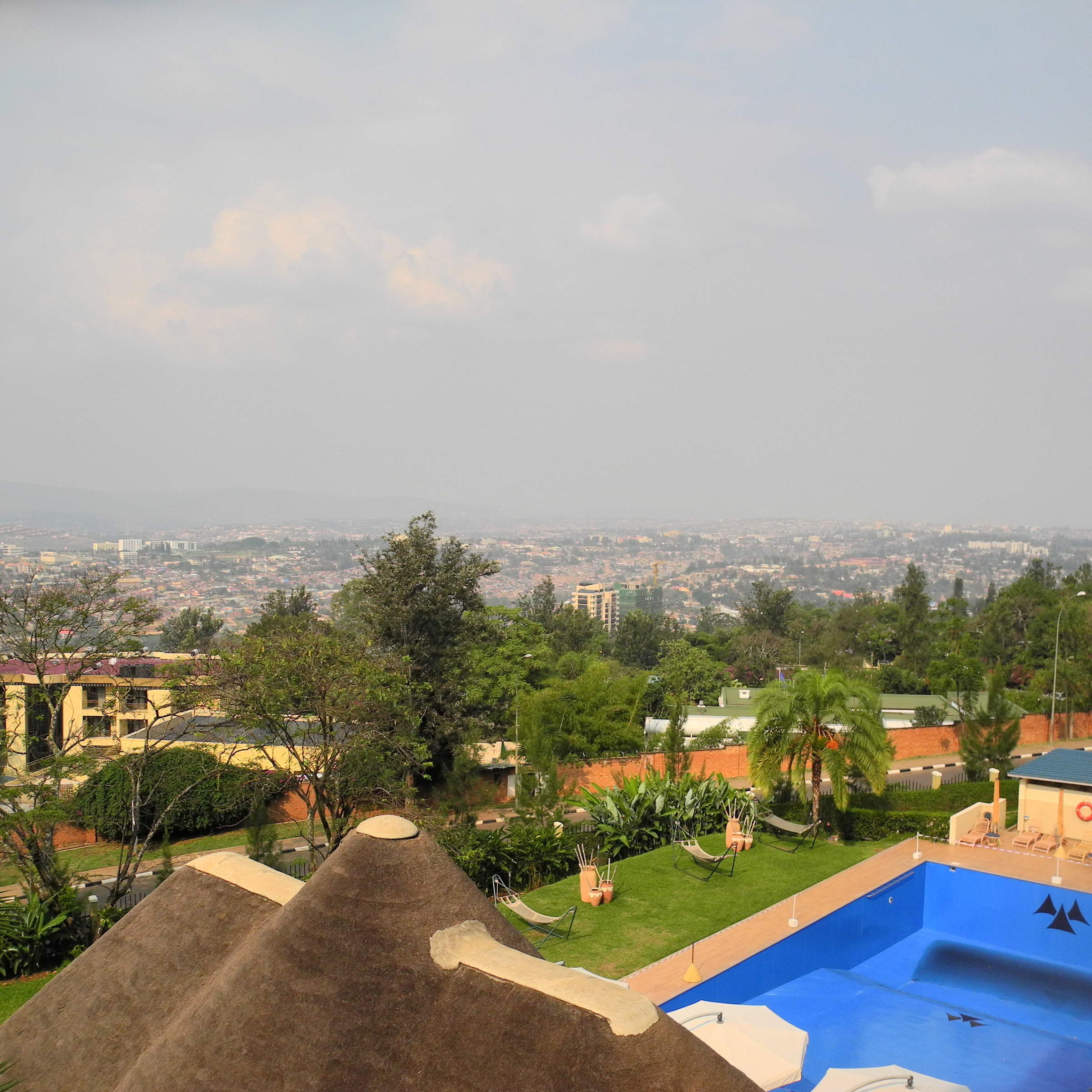 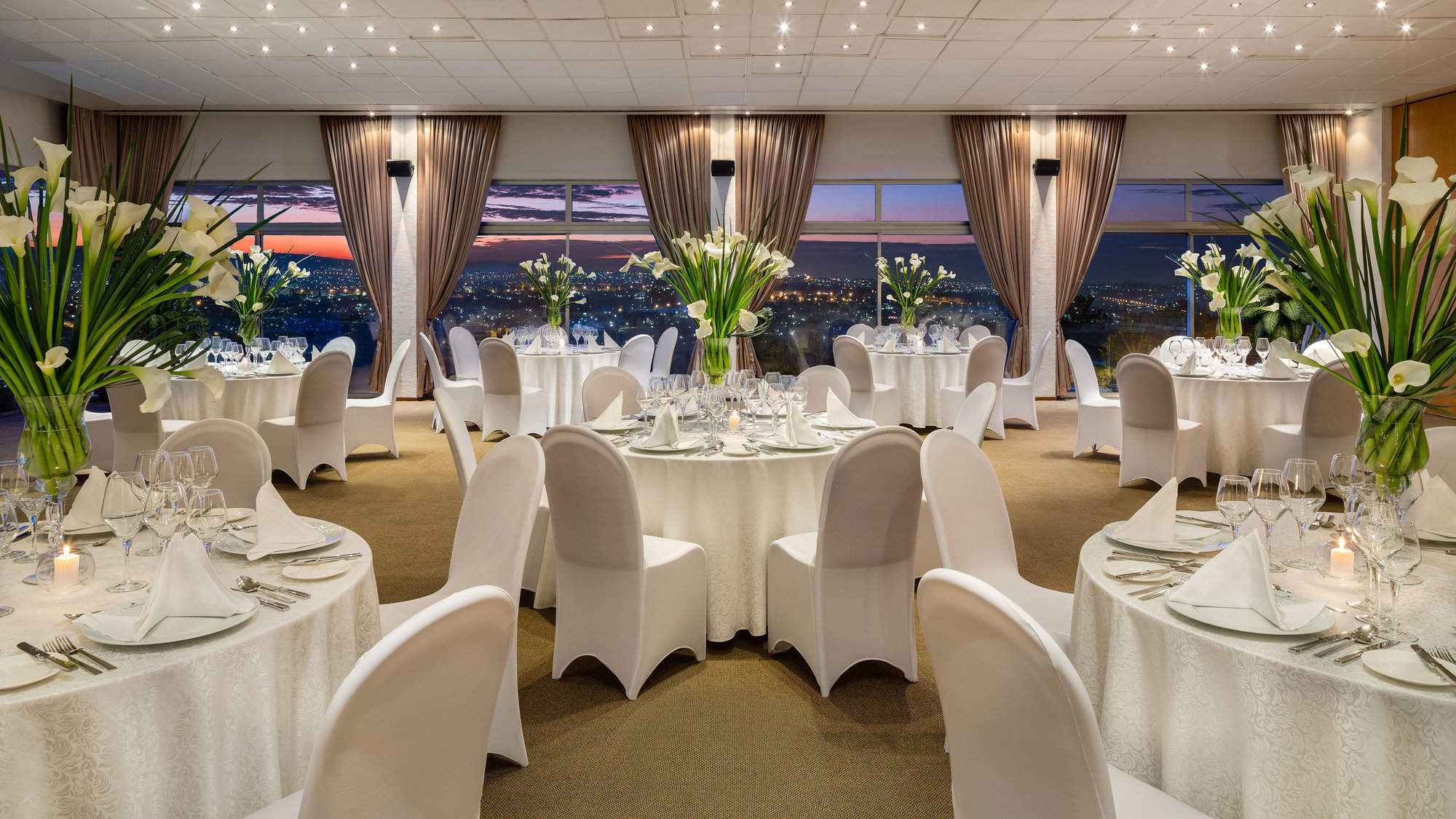 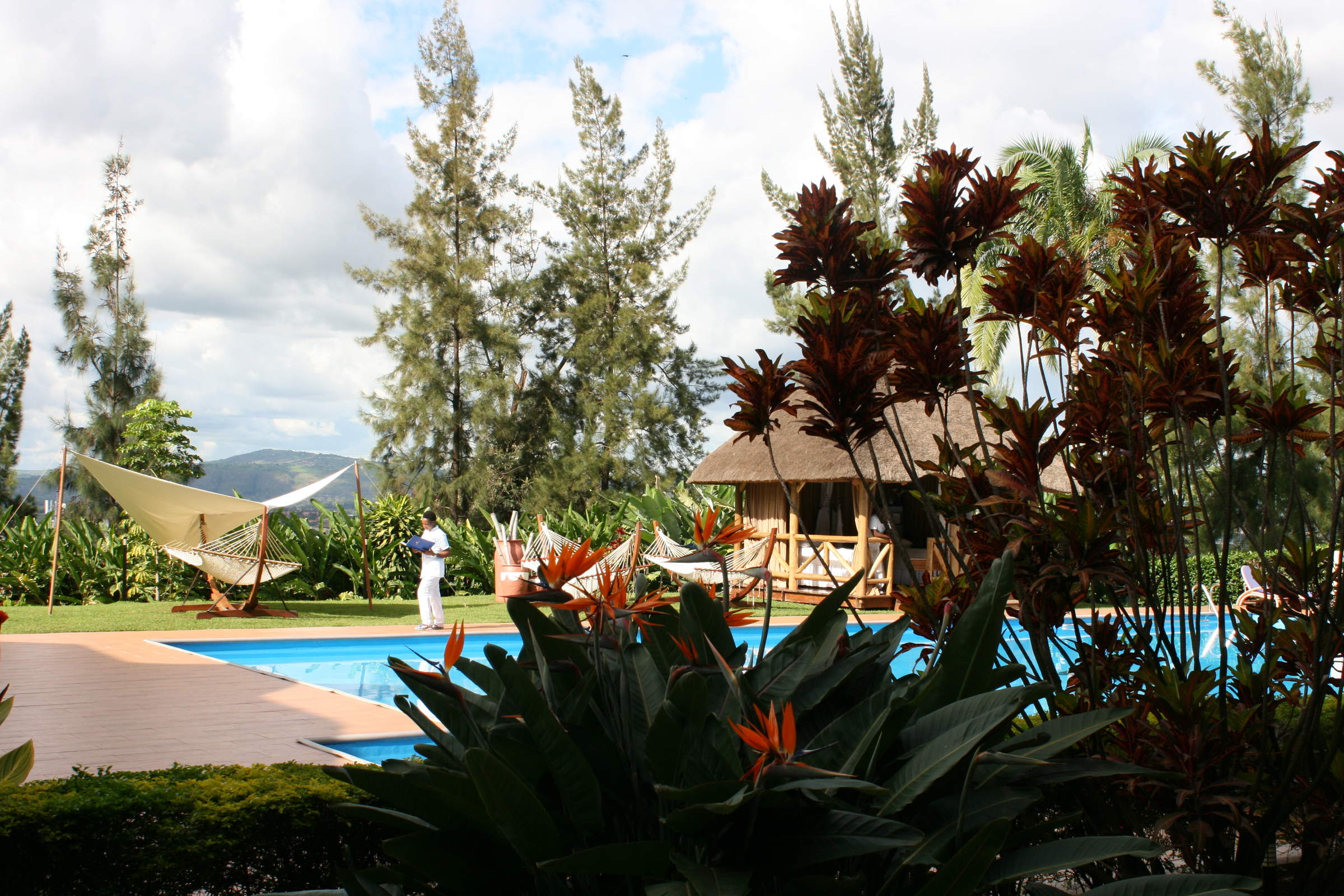 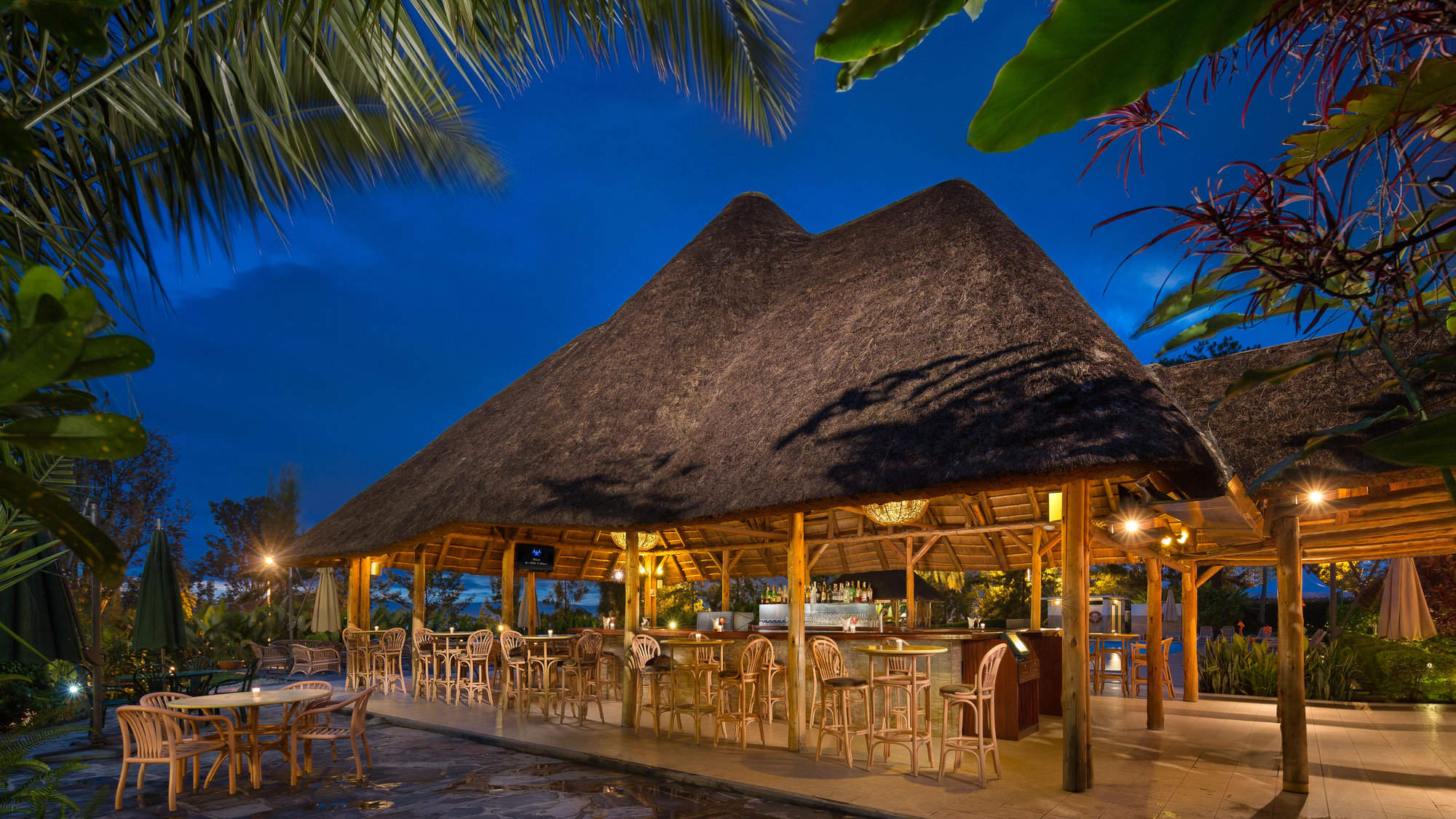 60 independent comments and wildlife information from our travellers who have visited Hotel des Mille Collines and kindly agreed to share their thoughts. They do not necessarily represent the views of Expert Africa

"Good base for our needs in Kigali.."

1 night Arrived 13 Jun 2018
"We had been booked to stay at this property for two nights, once on arrival in Kigali and once the night prior to our departure. We arrived quite late on our first visit, close to 10.00pm and check in was fine and efficient. We were pleasantly greeted at reception and quickly offered welcome juice.

There was a security screening machine at the hotel entrance, not uncommon in Africa and the lobby level appeared quite contemporary and modern, but I think its fair to say that the rooms (certainly ours on both stays) are looking quite tired and very much decorated in an older basic style, however we had everything we needed - air conditioning, kettle, tea & coffee, a working fridge, hairdryer, bathroom basics and the room was spotlessly clean and housekeeping very good.

I do think its rather a shame that chairs and a small table are not present on the balcony as it was nice to be outside looking at the beautiful view.

For both stays we were allocated rooms on the 2nd floor with pool views and were not unduly affected by any noise.

Wi-fi throughout the hotel was poor with limited and unstable connectivity. This was the case during both of our stays but I don't know if its normal, but if there is a necessity to comprehensively respond to any potential work emails or similar this may prove challenging.

There is a nice selection of art work displayed around the hotel which is available for purchase via a local gallery.

Breakfast was served on the outside terrace and was perfectly acceptable with an egg station and the usual fruit and cold buffet selections.
We did eat at the pool bar and felt the food was fine and had no issue with the service, however the overall service at breakfast was somehow not quite as streamlined.
The Legacy Lounge appeared to be closed during our stay. I am not sure if this is permanent or perhaps being refurbished?

The pool area is nice, but again the pool could use a maintenance/re -paint upgrade. There were tennis courts and I believe access to a gym but we did not use either of these facilities so cannot offer comment.

There is a massage area located by the pool and I enjoyed an hours reflexology which I personally thought was good and the therapist professional and not unreasonably priced for a hotel.

The gardens and landscaping were beautiful and to the side in the car park there is a poignant memorial to staff members lost during the genocide.

There may well be more modern hotel options in Kigali but Mille Collines has some historical character and was in a nice location for our needs.

We elected to extend our stay in Kigali by two nights and for ease simply opted to remain at Milles Collines. Perhaps with more time to investigate it might have been nice to have tried another option, bur reception offered us a rate that was acceptable and we did not feel the need to pack and relocate elsewhere.

During our additional two evenings there was entertainment at the pool bar, a band one night and a cultural group the other and both were very pleasant and added to the atmosphere around the bar/lawn area. This entertainment if I remember correctly was from about 7.00 - 10.00pm.

We personally found all staff during our stays were courteous and professional. There were one or two waiters at the bar whose English and understanding just required a little more patience and and orders repeating and clarifying, but the staff were so delightful and willing to please that this was not an inconvenience or annoyance.

Should we visit Kigali again we would most likely look to try an alternative property but that would simply be out of interest and not because there was anything fundamentally wrong with Mille Collines." See all these reviews: 4n in Rwanda
Experience Report
Overall Rating:
Good
Location:
Good
Service:
Good
Rooms:
Average
Food:
Good
Facilities:
Good
Dr E
Pennsylvania

1 night Arrived 4 Mar 2018
"We only spent a few hours and had breakfast at this hotel. We arrived very late at night.

The room was really more than we needed for the few hours that we spent there." See all these reviews: 8n in Rwanda; 4n in Tanzania
Experience Report
Overall Rating:
Excellent
Service:
Excellent
Rooms:
Excellent
Food:
Excellent
Mr & Mrs H
Cambourne

"Didn't live up to expectations"

1 night Arrived 21 Jan 2018
"Main areas, reception and restaurant and gardens were all excellent, however, the room itself looked tired and in need of a refurbishment.

There also no hot water on the morning of departure which was a bit inconvenient as I wanted to wash my hair and had to boil kettles and do it over the sink." See all these reviews: 6n in Rwanda
Experience Report
Overall Rating:
Good
Location:
Good
Service:
Good
Rooms:
Average
Food:
Good
Facilities:
Good
Mr B
Hertfordshire

1st night our room was at the back of the hotel (seems all odd numbered rooms face the same view) and was subject to noise at about 04.30 which, on commenting later to our guide, reckons was due to activity associated with a shopping mall which had recently been built. Best to avoid odd numbered rooms if possible!

Our guide had mentioned this to hotel management and he said they would ensure we were in a front facing (even numbered) room when we next stayed. In fact they put us in a mini suite which was a pleasant surprise and just a shame we could not take full advantage." See all these reviews: 6n in Rwanda; 6n in Kenya
Experience Report
Overall Rating:
Good
Location:
Good
Service:
Good
Rooms:
Good
Food:
Good
Mrs G
Fareham

1 night Arrived 14 Aug 2017
"Hotel was only about 20 minutes from the airport. Security was tight.

Room was clean and tidy, if a bit tired/dated.

1 night Arrived 6 Dec 2016
"We only stayed at this hotel one night on our way to Tanzania but were very impressed with it. It was very much like any international hotel; very chic.

We were very tired and decided to have a massage. It was one of the best massages I've had." See all these reviews: 9n in Tanzania; 4n in Rwanda
Experience Report
Overall Rating:
Excellent
Location:
Good
Rooms:
Good
Showing 21-30 of 60
1...234...6
Previous Next
84%
60 reviews of Hotel des Mille Collines by travellers since August 2007
Overall rating by our travellers
20
33
5
2
0
Filter by month

Other lodges in Kigali

Just 10km from the airport, the Kigali Serena is a comfortable option and one of Expert Africa's favourites for a stopover in Kigali.

Heaven Boutique Hotel is a comfortable and great-value option for a stopover in Kigali, or as a longer stay to explore Rwanda's capital city.

Heaven Retreat is the luxurious and stylish sister hotel of Heaven Boutique, and makes for a great stopover, or a base to explore Kigali.

The Kigali Marriott is a smart international hotel located close to KIgali's business district, in the heart of the city.

The Kigali Radisson Blu is only a short drive from the airport and offers a comfortable base in Kigali.