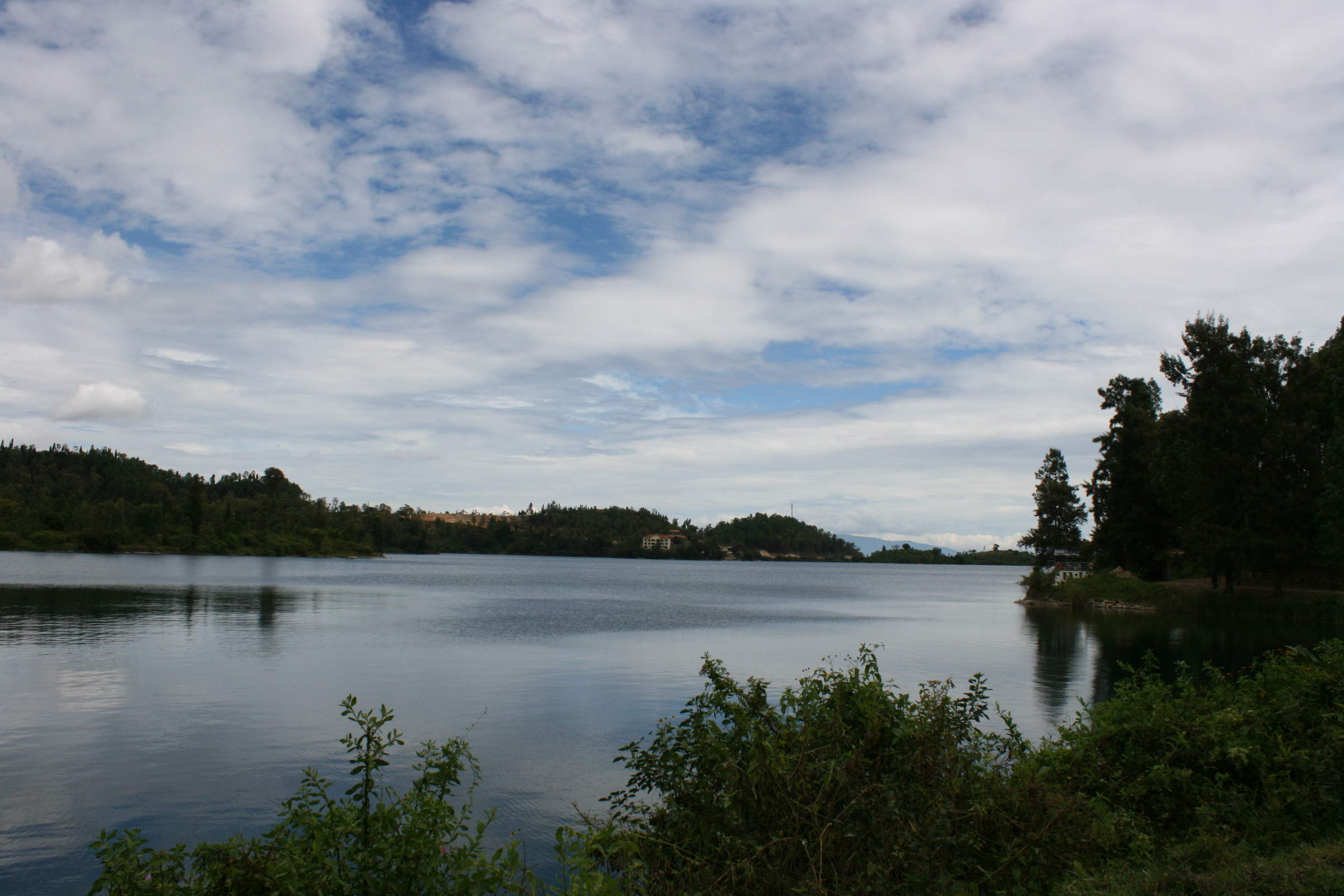 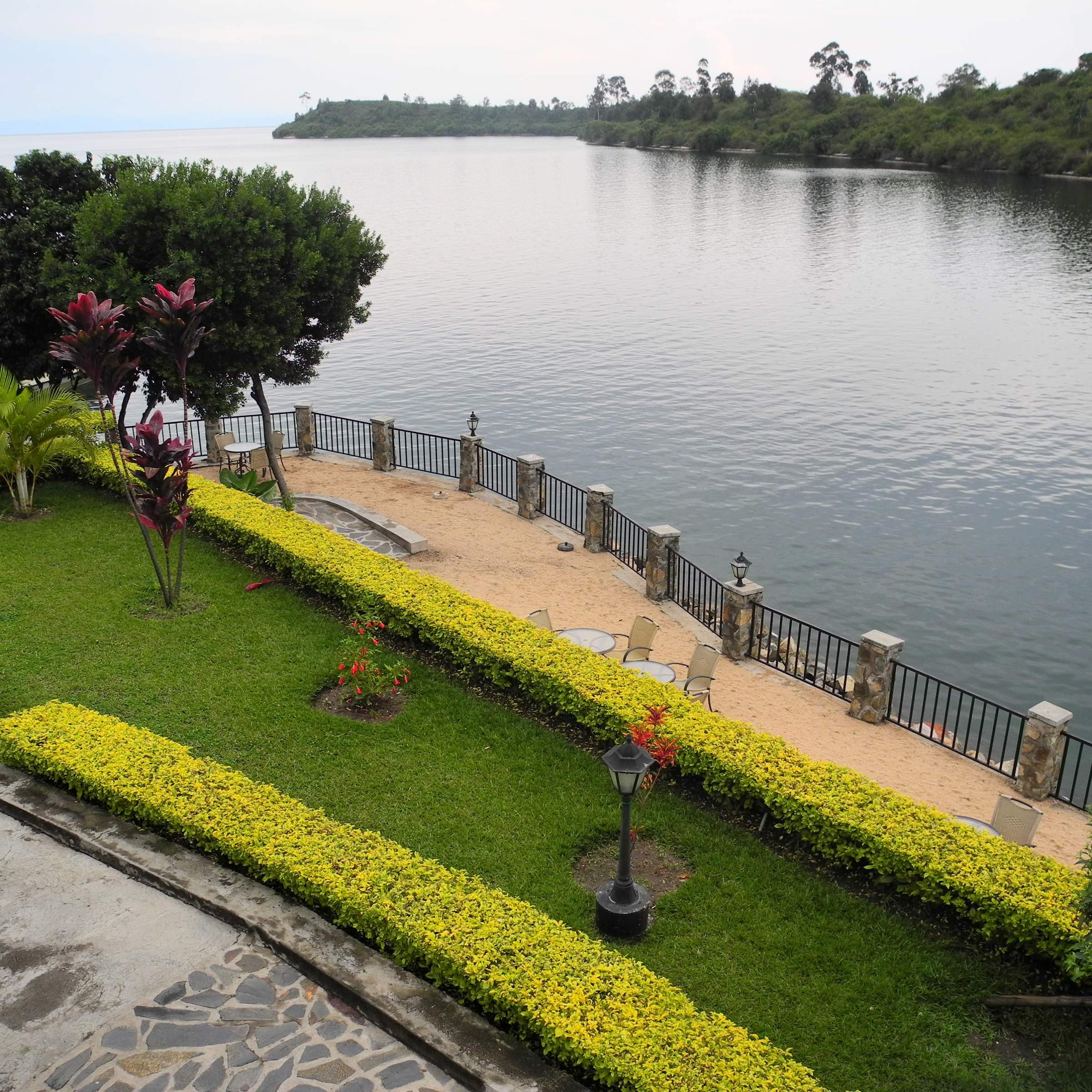 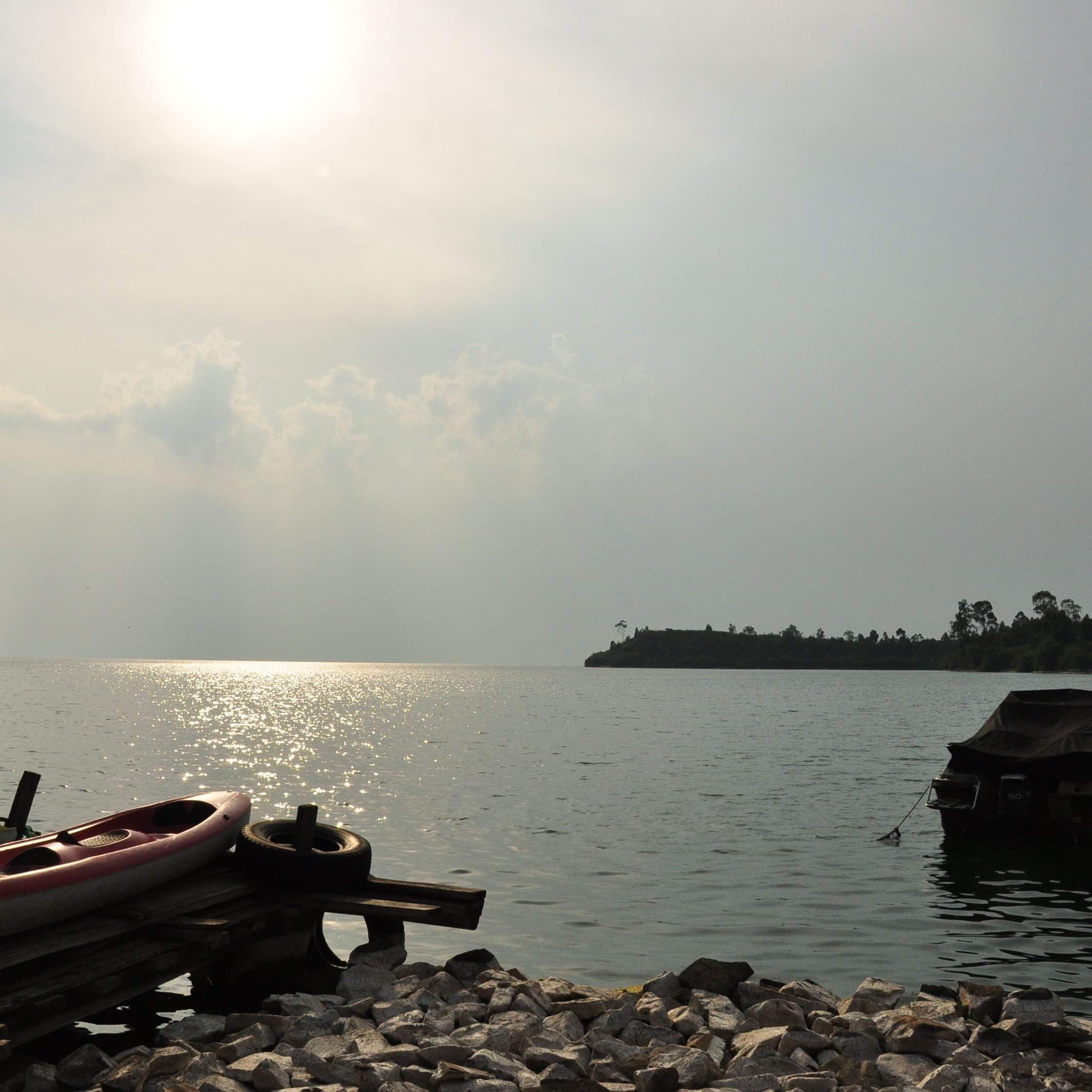 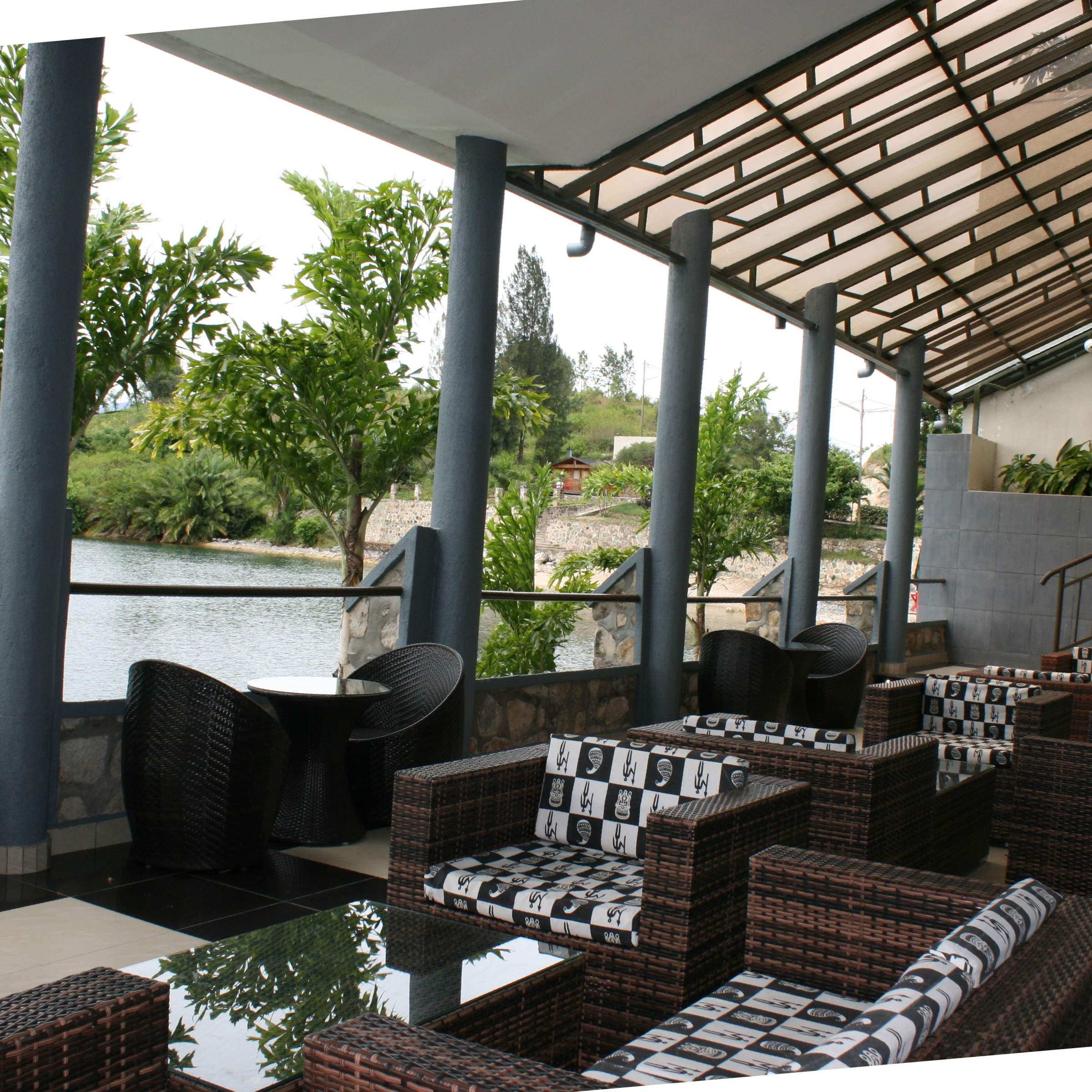 9 independent comments and wildlife information from our travellers who have visited Moriah Hill Resort and kindly agreed to share their thoughts. They do not necessarily represent the views of Expert Africa

2 nights Arrived 5 Jul 2012
"First the negatives: The room was in need of maintenance. The socket in the bathroom was hanging off the wall. Using the shower resulted in flooding the bedroom. The shower was at a height for people under 5 ft tall so not great. The toilet seat was plastic and had a crack. The towels although clean were grey rather than white.The safe in the room didn't work.
The sunbeds looked very tired

The positives: The restaurant staff were very attentive. Food was good and it was nice to see traditional dishes on the menu - my husband loved the goat!

The setting is very nice and we enjoyed taking the boat ride to Napoleon island. In the evenings it was lovely to watch the fishermen out on the lake and to hear their singing

The hotel is quite a way out of Kibuye and you do need a car to get into town" See all these reviews: 11n in Rwanda
Experience Report
Overall Rating:
Average
Location:
Good
Service:
Good
Activities:
Good
Rooms:
Poor
Food:
Good
Mr & Mrs R
Aberdeen

2 nights Arrived 14 Sep 2011
"We had another unexpected long journey on a very bumpy, muddy and bad road. The 90 kilometers took nearly 6 hours with only stops to stretch and take pictures. my wife was exhausted after it.

Check in was completely unprofessional. They did not seem to be expecting us.

Room had great view but was strange ,TV and Fridge but you could only use one at a time as only one socket. Bath was cracked. Shower was at navel hight as under a window. No fan

We were not sure which was worse the food or service. Soups salty, fried food had strange taste. breakfast buffet was so unattractive it made my wife feel ill In evening from placing order to receiving food was over 50 mins on each evening. A long wait for poor food.
Check out was even less professional than check in.

The activities we took part in in Kibuye were great, genocide church, walk to village/market and especially boat trip to Napoleon Island (Bats )and one bar island. The hotel boat was not working but driver arranged boat for us. Birds were great" See all these reviews: 10n in Rwanda; 5n in Tanzania; 2n in Zanzibar; 1n in Kenya
Experience Report
Overall Rating:
Poor
Location:
Excellent
Service:
Terrible
Activities:
Good
Rooms:
Poor
Food:
Terrible
Facilities:
Average
Feedback Response
We were concerned to read this feedback and passed it on to the managers. They apologised and assured us they would look into the issues brought up by these travellers and work to improve their standards.

Expert Africa recently visited Moriah Hill just a few days before these travellers. We also found the standards and quality to be very patchy – and as a result we’re monitoring this lodge, telling potential visitors about our impressions, and will be keeping a very close eye on developments here.

For a hotel which is under ten years old maintenance is a real problem as is lack of ventilation in the bathrooms which leads to them smelling damp even though they and all other areas in the hotel are spotlessly clean." See all these reviews: 10n in Rwanda
Experience Report
Overall Rating:
Poor
Location:
Good
Service:
Average
Facilities:
Average
Rooms:
Poor
Food:
Average
Ms M & Mr W
Spain

2 nights Arrived 23 Aug 2010
"A very bumpy drive to Kibuye (three and a half hours) but some stops and beautiful views of the lake - we were travelling up the side of it.
Moriah Hill Resort - a good international type standard 4 star (?) hotel. Comfortable, spacious room and bathroom - very clean with good lighting.
Wonderful terrace overlooking the lake. Very quiet with few guests. Very pleasant dining area again on a terrace overlooking the lake. Staff very attentive.
Food disappointing considering the general standard of the hotel. Breakfast, buffet with omelettes made on the spot, was the best. We had a good lunch the day there was a congress and a lot of people and it was a buffet. The rest of the time the food seemed overcooked or reheated.
No activities included in the Primate Safaris itinerary but we had some very nice unexpected experiences. After lunch on the first day, we decided to go in search of a post office (Darrell is a postcard fiend and, believe it or not, in Kigali post office they had had no stamps!) The driver offered to come and drive us into town but we preferred to walk. We found the post office but it was closed. A young man outside asked if he could help. We explained about stamps. He was the post office clerk and was on his way home. He opened up the post office and dealt with the multitude of stamps! We were so impressed by his kindness. Please look at the comment about the Kibuye post office in the Bradt guide, page 164!The next day we returned with more cards and told the young man about what it said about his p. office in our widely read guidebook and he was so so happy. So glad we told him. It was all a sort of highlight.
After the post office we decided to do the circular walk - page 162 Bradt guide. It's longer than you think and we thought we'd got lost but eventually made the hotel for lunch.
Boat trips from the hotel are expensive. We were lucky as, when we were walking to the post office (second day), we were "touted" by a young man in a Barcelona football shirt. He was so polite with perfect English and a very disarming honest smile. He offered us a very reasonable price for a trip to Napoleon Island and the bat colony. He picked us up in the boat at the hotel. He was working for the owner and another young boy was driving the boat. He chatted all the time and was so informative about the Island, the bats, the lake and other things about himself, even the genocide, which had touched his family. The hundreds of fruit bats were impressive. Cassim and the boat boy took their time to show us another couple of nearby islands and to give us the best view of "Napoleon's hat". A lovely afternoon and definitely a highlight.
The driver came in the evening to say we'd leave for Musanze (Ruhengeri) after breakfast and I got a hint in something he said that Gisenyi might be out, although in the itinerary, it was Kibuye (Karongi)Musanze via Gisenyi, where we would have lunch. But in the same paragraph it said lunch in Kigali or at the lodge?! The next morning I asked "so we're not going to Gisenyi...?" He had obviously already decided it was direct to Musanze, "advising" us against continuing up the lake to Gisenyi as it would be the same bumpy drive as the day before and would take I don't remember how much longer. I was a bit disappointed about not seeing Gisenyi and had also hoped to see the Rosamund Carr orphanage.(However, now I see the orphanage is now 36 kms from Gisenyi). I feel, in all fairness, the driver, although quietly assertive, would have gone via Gisenyi if I'd requested it. But I knew it would mean more hard driving for the driver and felt maybe Darrell had had enough of the rough road, too, and I myself felt maybe I needed to save my own energy for the hikes to come, and above all, being British (!!), didn't push it.
Before we left we asked the driver to take us to the Genocide memorial and church, which we'd passed the day before when we thought we were lost, and of course, he did." See all these reviews: 6n in Rwanda
Experience Report
Overall Rating:
Good
Location:
Excellent
Service:
Excellent
Rooms:
Excellent
Food:
Average
Mr & Mrs W
Aberd

2 nights Arrived 18 Jun 2010
"The rooms were lovely and the view from the balcony was superb, although the staff were very attentive to our every need, the service from the kitchen was quite slow.

The manager of the hotel was very friendly, and introduced himself to us, which was a nice touch and asked for any feedback that we might have had.

"Empty and rather characterless, but perfectly"

1 night Arrived 29 Jan 2009
"A pleasant place that allowed us to have a fantastic HOT shower in an ensuite bathroom - LOVELY!! Most welcome after the rigours of OTPN

The staff tried hard and the restaurant balcony was a nice place to dine, this made a good stop over." See all these reviews: 6n in Zanzibar; 4n in Rwanda; 1n in Tanzania; 1n in Kenya
Experience Report
Overall Rating:
Good
Location:
Excellent
Service:
Good
Rooms:
Good
Food:
Good
Mr & Mrs D
Cambridge

Other lodges in Lake Kivu

Cormoran Lodge is a small, friendly lodge on the shores of Lake Kivu, with beautiful views from its seven chalets.

Lake Kivu Serena Hotel is a larger, international-style resort hotel on the lakeside, well placed for a relaxing stay.

Kivu Lodge, sister lodge of Mountain Gorilla View Lodge, is located on a remote peninsula on the shores of Lake Kivu.

A small and simple guesthouse on the shores of Lake Kivu, Paradise Malahide has rustic charm, a friendly atmosphere and some great views.