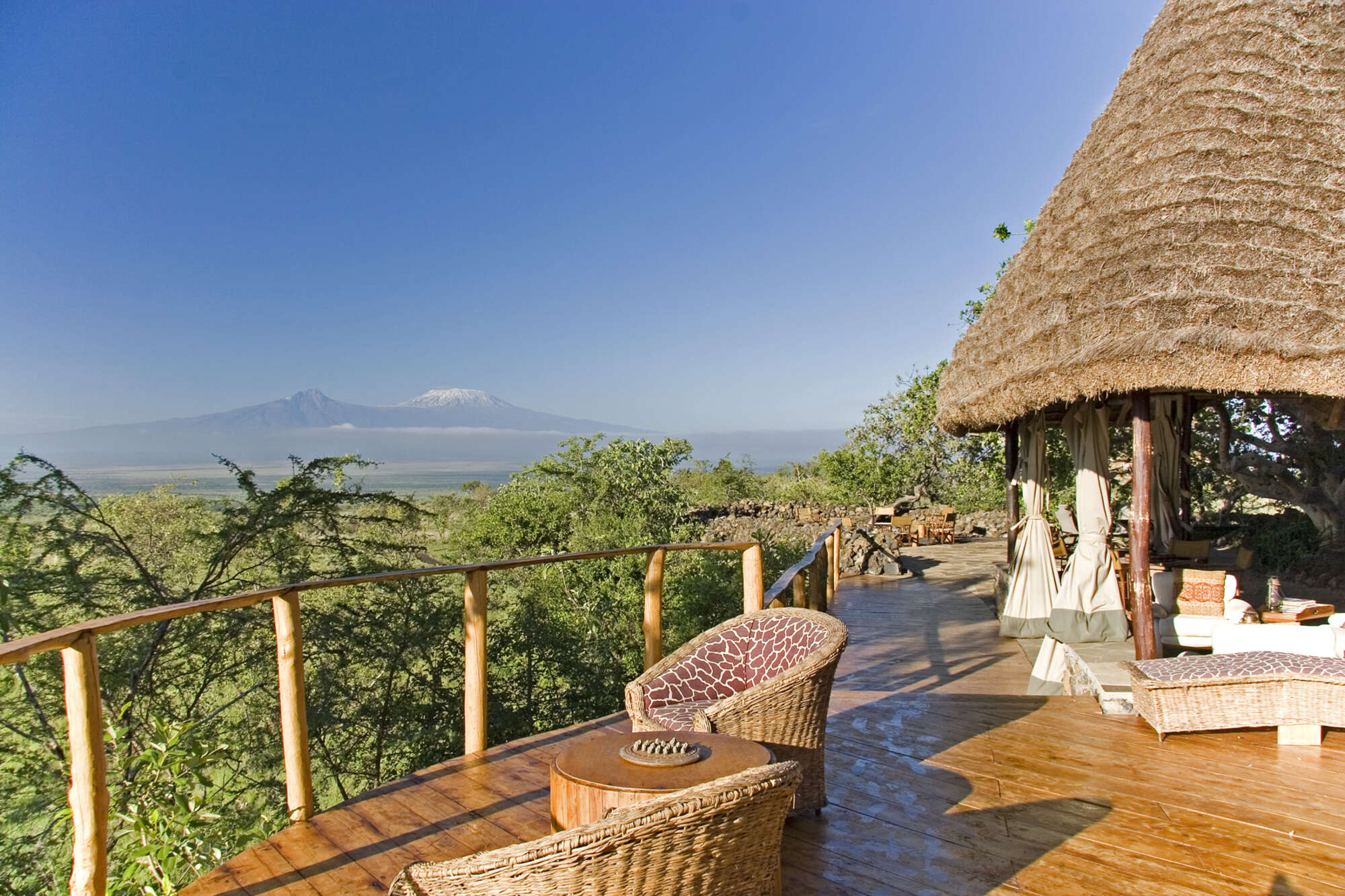 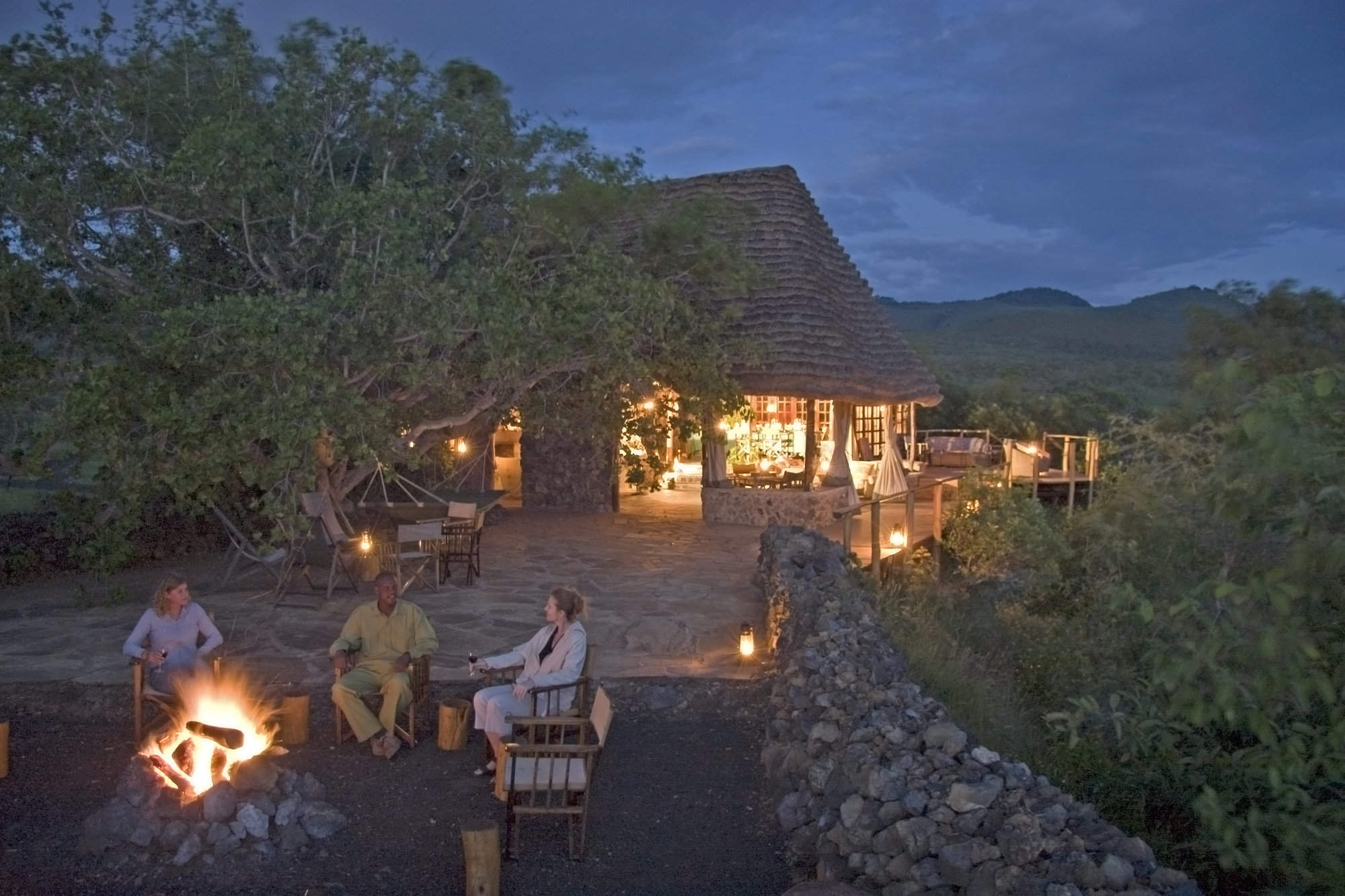 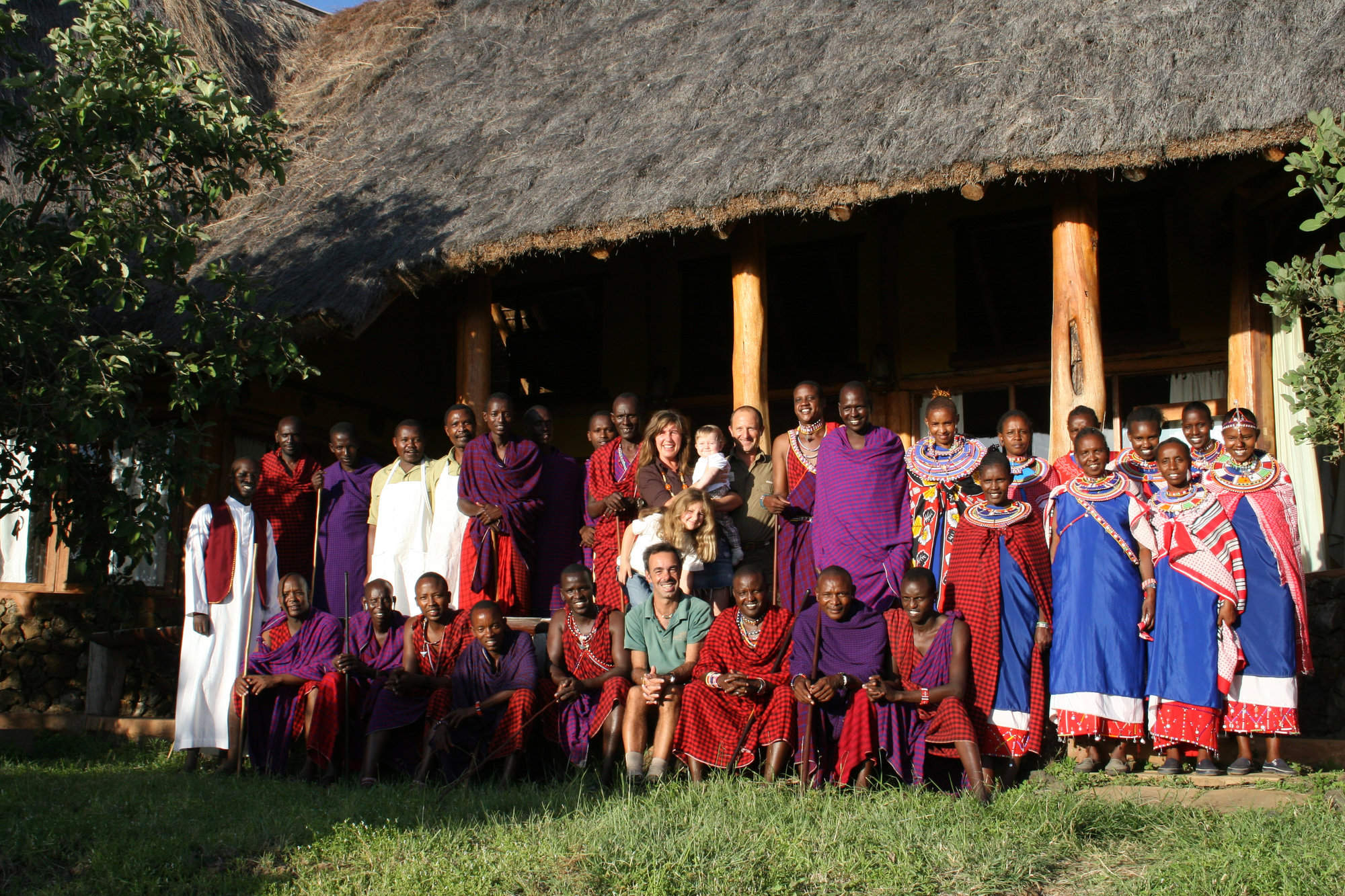 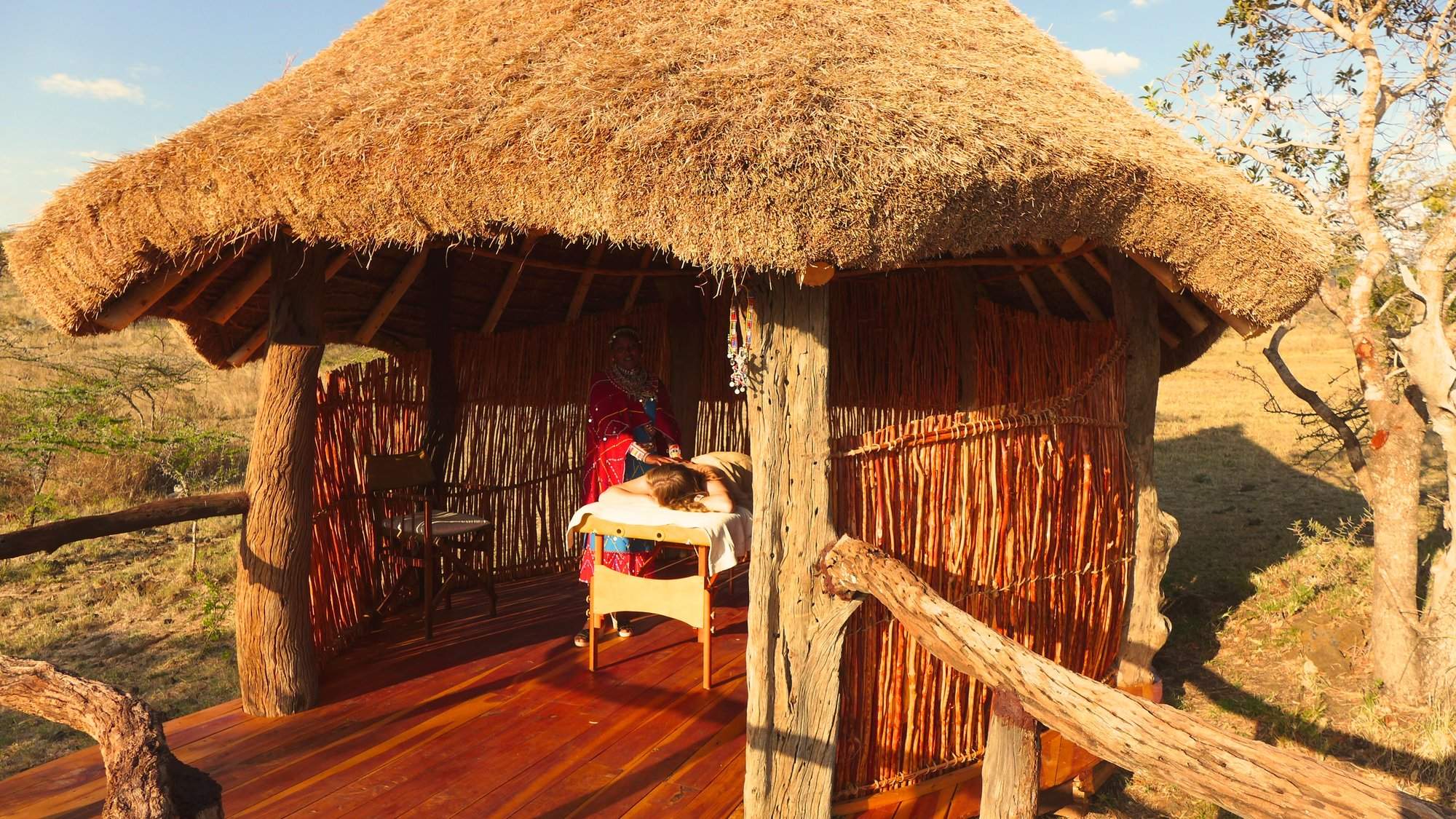 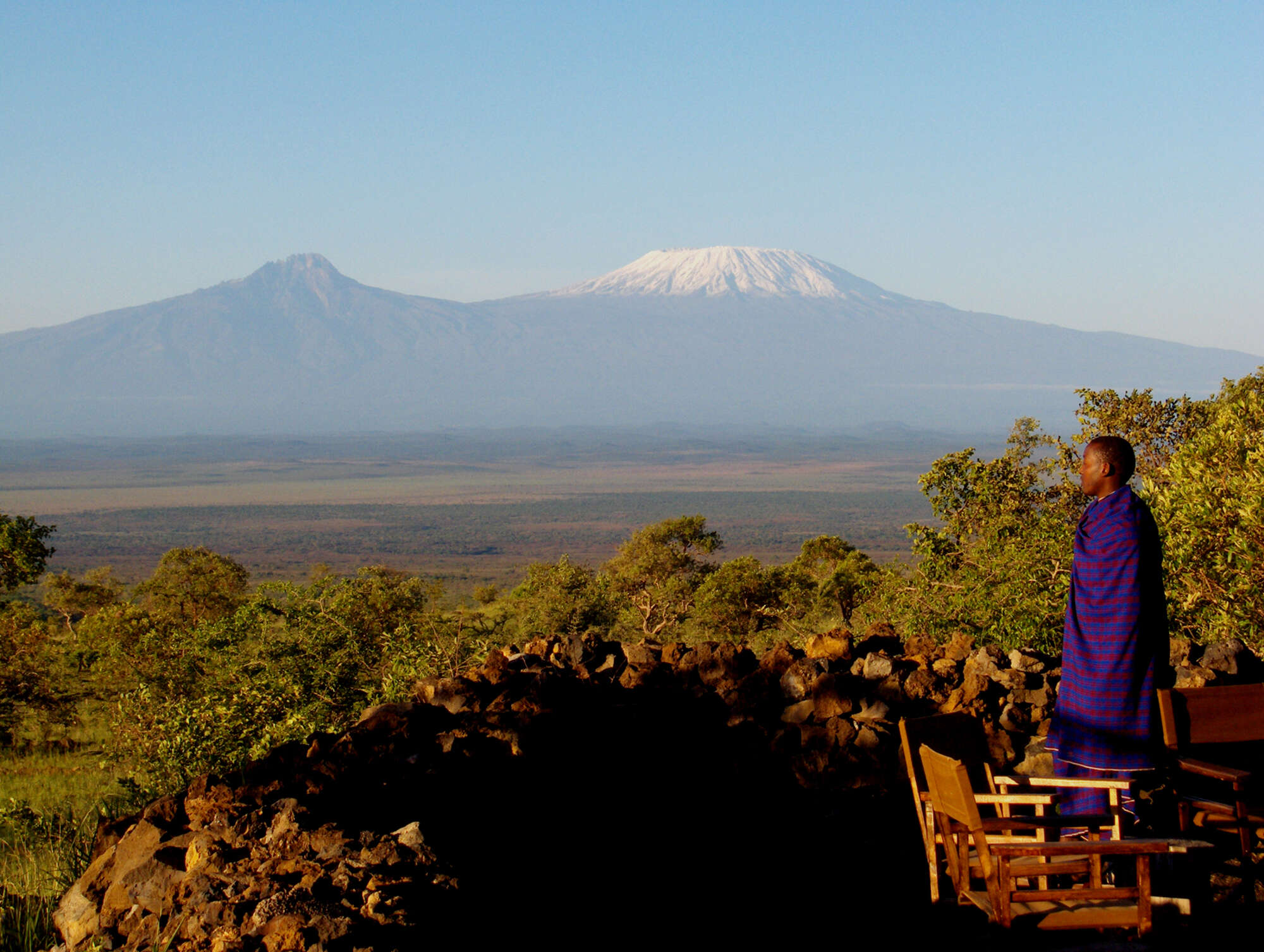 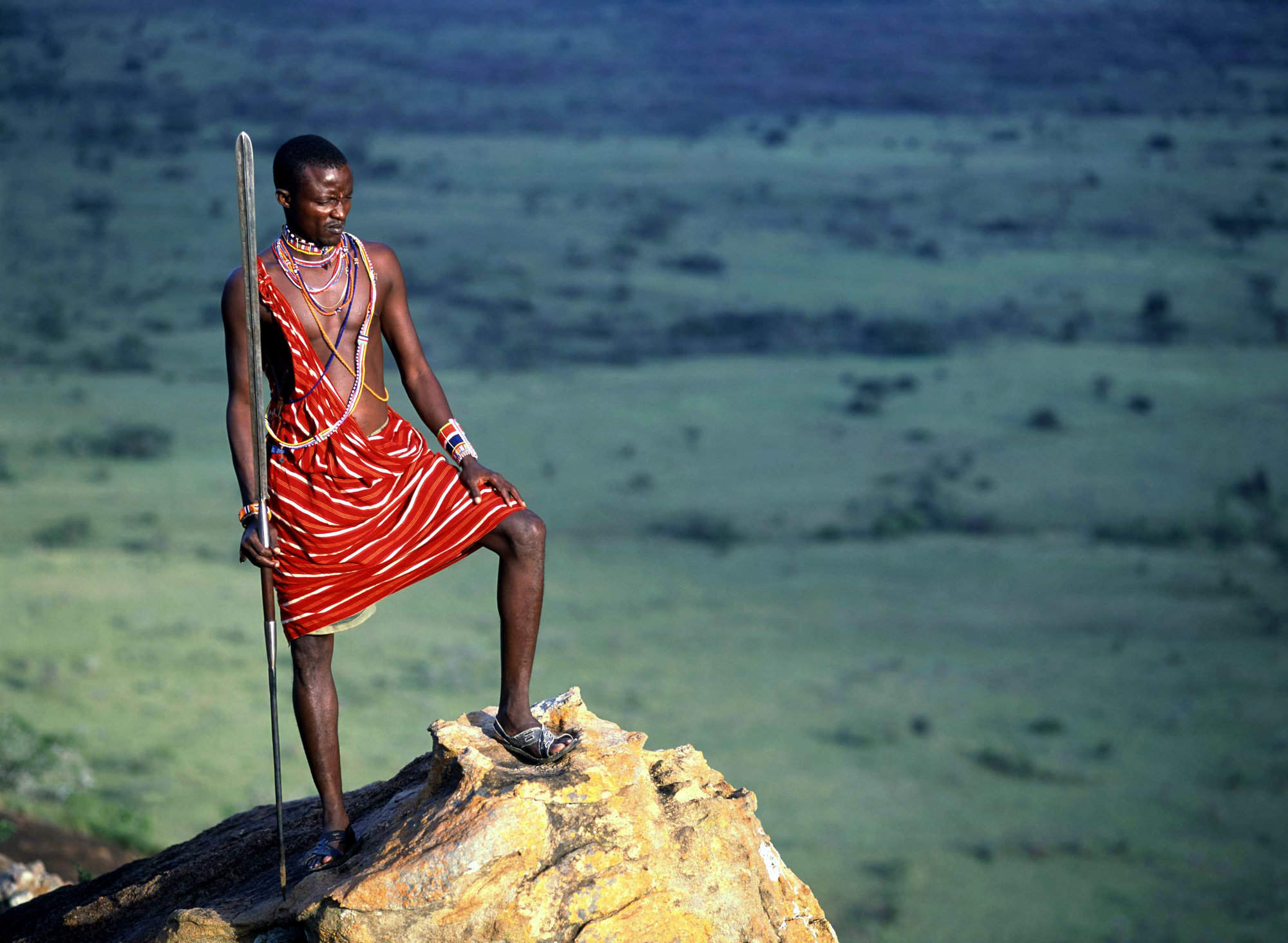 Reviews of Campi ya Kanzi

4 independent comments and wildlife information from our travellers who have visited Campi ya Kanzi and kindly agreed to share their thoughts. They do not necessarily represent the views of Expert Africa

"Glamping at its best!"

4 nights Arrived 25 Jul 2018
"What a wonderful experience we had at this camp. Animals, yes, but also a couple of excellent hikes with gorgeous views, plus a memorable visit to a Maasai village, its school and health center, where our twin 14-year old grandchildren joined the local kids for a hard-fought soccer match. (We had brought balls and a pump, which were quite a hit).We had hoped to see Kilimanjaro but it remained hidden in fog; under the right conditions, it would be a stunning addition to this camp.

Our Maasai guide Parashi and spotter Kereku were excellent and we really enjoyed their company. The rest of the staff was attentive and congenial and, of course, Luca and Claudia were the ultimate host and manager. We were pleased to be able to support the Maasai community by staying at the camp and applaud its work through both the camp and its foundation.

Then our final night was nothing short of spectacular. All guests were invited to visit the lava tube that we'd heard about and went expecting a tour of the cave before dinner. In fact, the evening included a Maasai dance and discussion and then an amazing formal dinner for 18 or more in the cave itself, romantically lit and kicked off with a flute performance by one of the young guests. It was a magical ending to a magical stay at this camp." See all these reviews: 10n in Kenya
Experience Report
Overall Rating:
Excellent
Location:
Good
Service:
Excellent
Activities:
Excellent
Rooms:
Excellent
Food:
Excellent
Sightings Report

"The only slightly disappointing part of trip"

3 nights Arrived 2 Mar 2016
"We arrived at the camp shortly before lunchtime and were greeted by Tricia (Yoga Instructor/Assistant to Luca and Antonella?). She rattled through various options of things we could do (most of which were costly - flight to Tsavo, etc) which, bearing in mind we only had two full days here, seemed rather excessive. Antonella and Luca joined us and a large outgoing yoga group for lunch but left as soon as they had finished eating. We did not see them again until they appeared for lunch the following day where again they left as soon as they had finished eating and we did not see them for the rest of our stay. They were very inattentive, not welcoming, made it plain we should 'private dine' in the evenings.

On our last day we wanted to speak to Luca regarding gratuities as their information clearly stated there is no need to tip the guides separately and we wanted to make sure our guides were well rewarded and also for him to confirm a suitable amount. Apparently they were not at the camp so, at lunchtime, Tricia dropped in and we asked if we could have a word with her regarding gratuities. She offered to discuss it then but we felt it inappropriate in front of the the staff. She promised to return after lunch and we waited for ages. Later in the afternoon we went to try and find her and were told she was 'doing yoga' so we had no option but to leave an envelope with a member of staff we did not know. We did not see Tricia again either. We have e.mailed Luca and Antonella and expressed our disappointment and asked for confirmation that the gratuities were received. Luca has confirmed this to us and answered rather defensively that they thought we wanted privacy. On our departure, Pashiet asked us if we wanted to speak to Luca and we said we would. He tried to contact him but there was no response so we left without seeing him. (Luca says he was walking down to see us).

Set against this, the guides and staff could not have been kinder or more helpful. Our game drives, sundowners and breakfasts were tremendous and real highlight of our two days. Pashiet and Simon could not have done more for us. So this most important part of the trip was a great success. They always went the extra mile to try and find us whatever we wanted to see. We loved the walk in the cloud forest. We have ticked 'good' for activities as the drives and walk were lovely but no-one took the time to find out if we would like to do anything else.

Our lodge was extremely nice and overlooked the waterhole where we saw lots of game coming and going which was delightful and we loved our afternoons sitting on the verandah watching.

The service was excellent.

Right from the start we were bombarded with the good works of Luca and the foundation by Tricia (even before being shown to our lodge) and we felt we were a means to an end which, when you pay this sort of money, you don't expect.

The food was very average, large quantities but on the two last evenings the meat was so tough it was inedible. We did have a nice fish meal on the first night (Luca's birthday). They made such a fuss of the fact that it was Luca's birthday that we felt too embarrassed to mention it Russell's 60th the following day.

Our overall impression is that the whole thing is for the glorification of Luca and his foundation and the guests were secondary to this. We left feeling surplus to requirements!" See all these reviews: 12n in Kenya
Experience Report
Overall Rating:
Average
Location:
Excellent
Service:
Excellent
Activities:
Good
Rooms:
Good
Food:
Average
Facilities:
Average
Feedback Response
Campi ya Kanzi has responded to say they are delighted that Mr and Mrs B enjoyed many aspects of their stay and were able to experience some of what the camp has to offer. They apologise for the fact that they did not find everything to their liking, but say they try to be as flexible as possible.

The camp arranged private dinners every night at the request, they understood, of these travellers, though Mr and Mrs B felt they were given no choice in that. The camp is very sorry that the request to meet the owners was not transmitted fast enough. They have noted the comments about the way information is provided about various activities available to guests and the work of the Trust, and they point out that they are trying to tailor the best safari experience for all their guests.

Campi ya Kanzi’s links to the Maasai Wilderness Conservation Trust and the support that provides for conservation and the local community are an important part of the camp’s existence. The feedback from these travellers has made them appreciate even more the need to be sensitive in striking the right balance about how that is communicated.

"Unforgettable dinner in a cave"

3 nights Arrived 28 Dec 2015
"An amazing place to be, incredible hospitality and feeling that each guest is someone special.

The excitement starts once you leave Nairobi on the private plane of Campi and immediately after.

4 nights Arrived 17 Jul 2015
"Campi ya Kanzi is a jewel. As we woke up early the first morning to coffee served to our "tent" by one of the many Maasai employed at the camp, Julie, turned to me and said: "I got it. From now on we are only going to travel to places all over the world run by Italians. Every detail, is though of and taken care of. The design is impeccable. The food outstanding...."

While we truly enjoyed that aspect of Campi ya Kanzi it is only the veneer, one that we truly enjoyed. What unfolded during our five days at the camp was nevertheless something much deeper and bigger than the wonderful creature comforts that we luxuriated in while there. The true spirit of this magical place comes from its integration with the surrounding nature and the maasai people who live on and manage it.

Luca, the owner (with his wife, who was back in Italy with their daughter during our visit) founded the camp more than 20 years ago with a powerful vision. Luca is educated as an economist and conservationist." See all these reviews: 5n in Rwanda; 4n in Kenya
Experience Report
Overall Rating:
Excellent
Location:
Excellent
Service:
Excellent
Activities:
Excellent
Rooms:
Excellent
Food:
Excellent
Facilities:
Excellent
Showing 1-4 of 4
90%
4 reviews of Campi ya Kanzi by travellers since August 2007
Overall rating by our travellers
3
0
1
0
0
Filter by month

Tortilis is a finely situated and well built safari camp located in the private Kitirua Consarvancy just outside Amboseli National Park and with wonderful views of Kilimanjaro.

Ol Donyo is a luxurious and innovative designer safari lodge with magnificent views and excellent walking, riding and wildlife country in its own private conservancy.