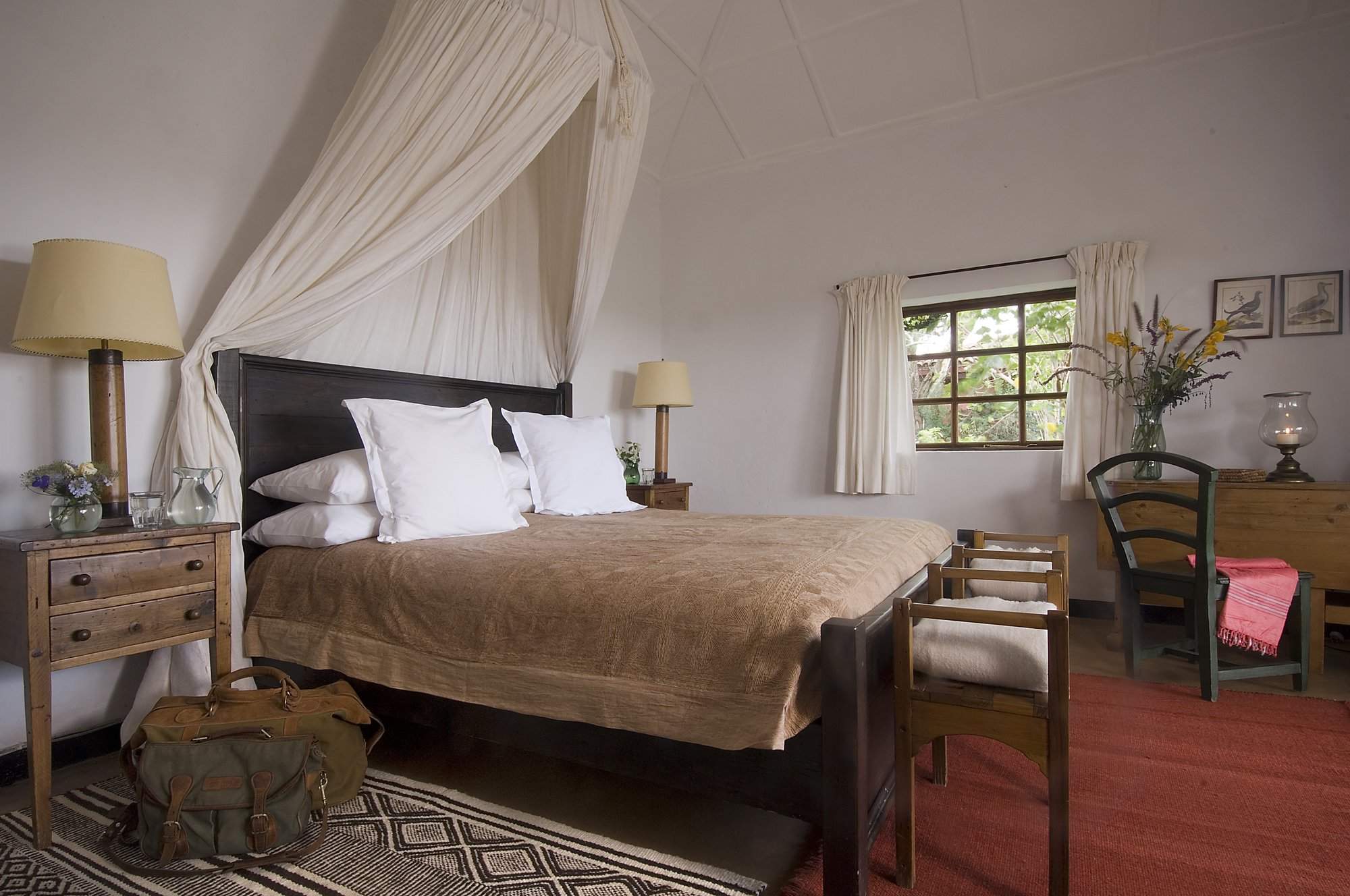 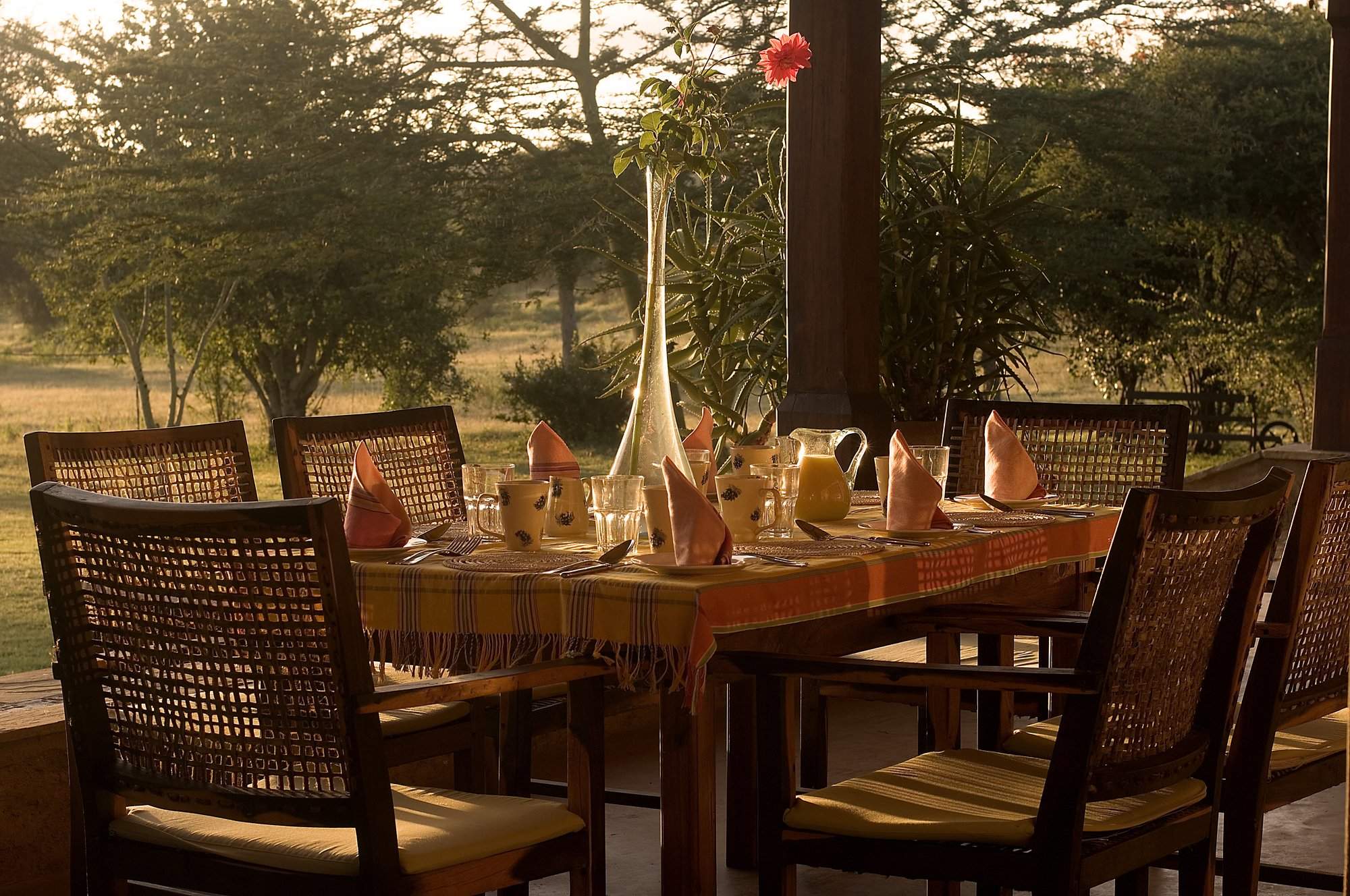 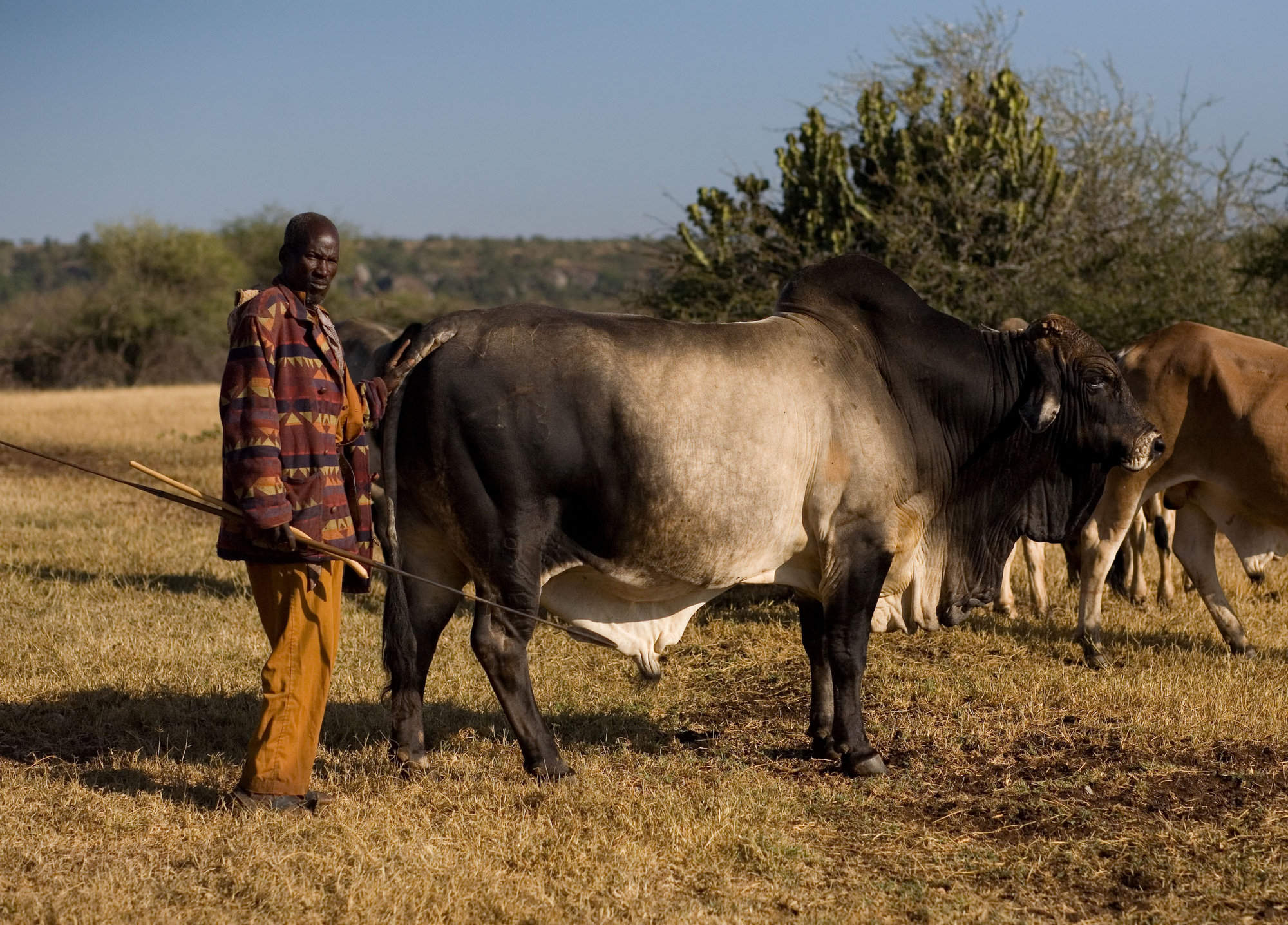 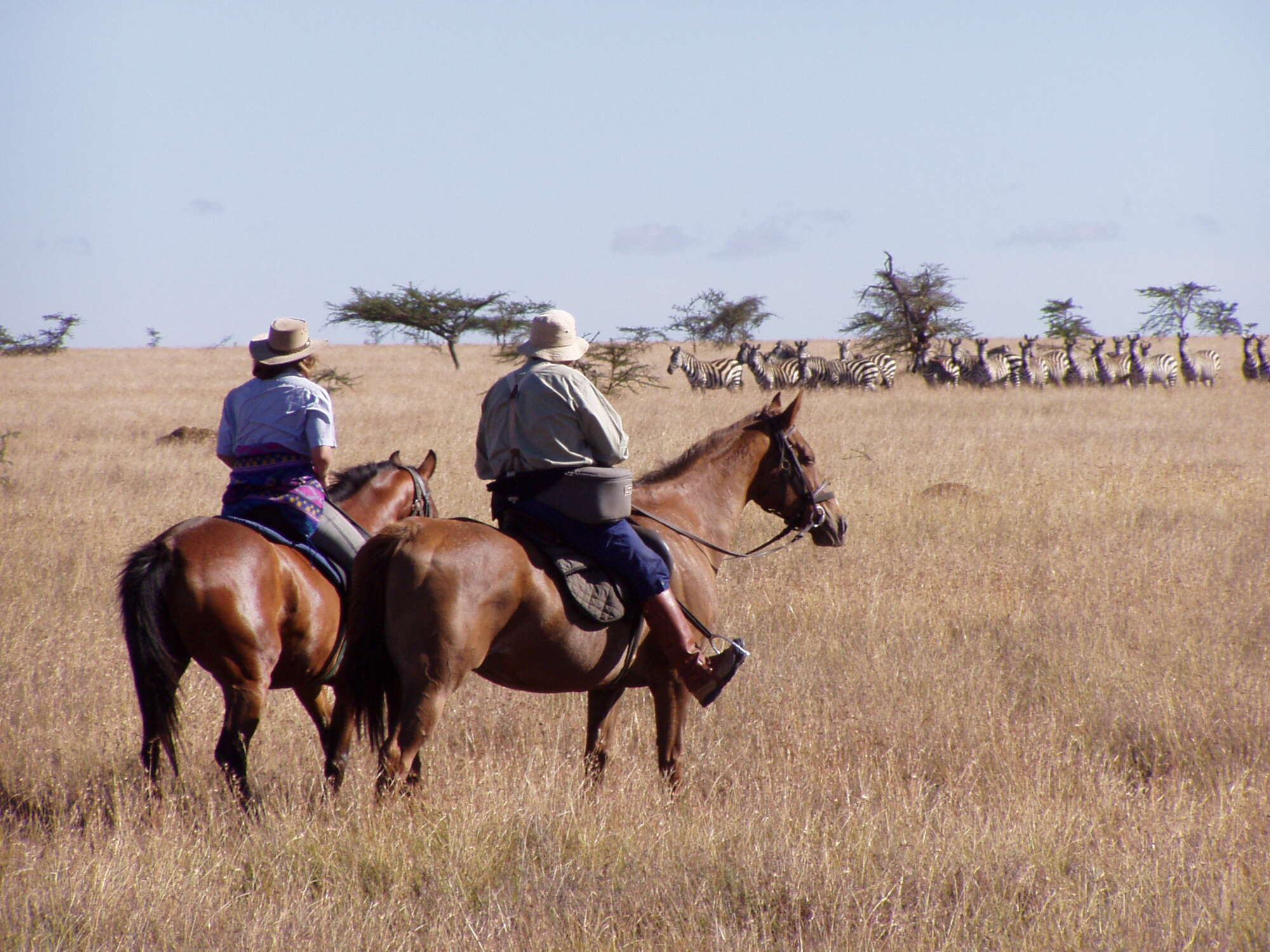 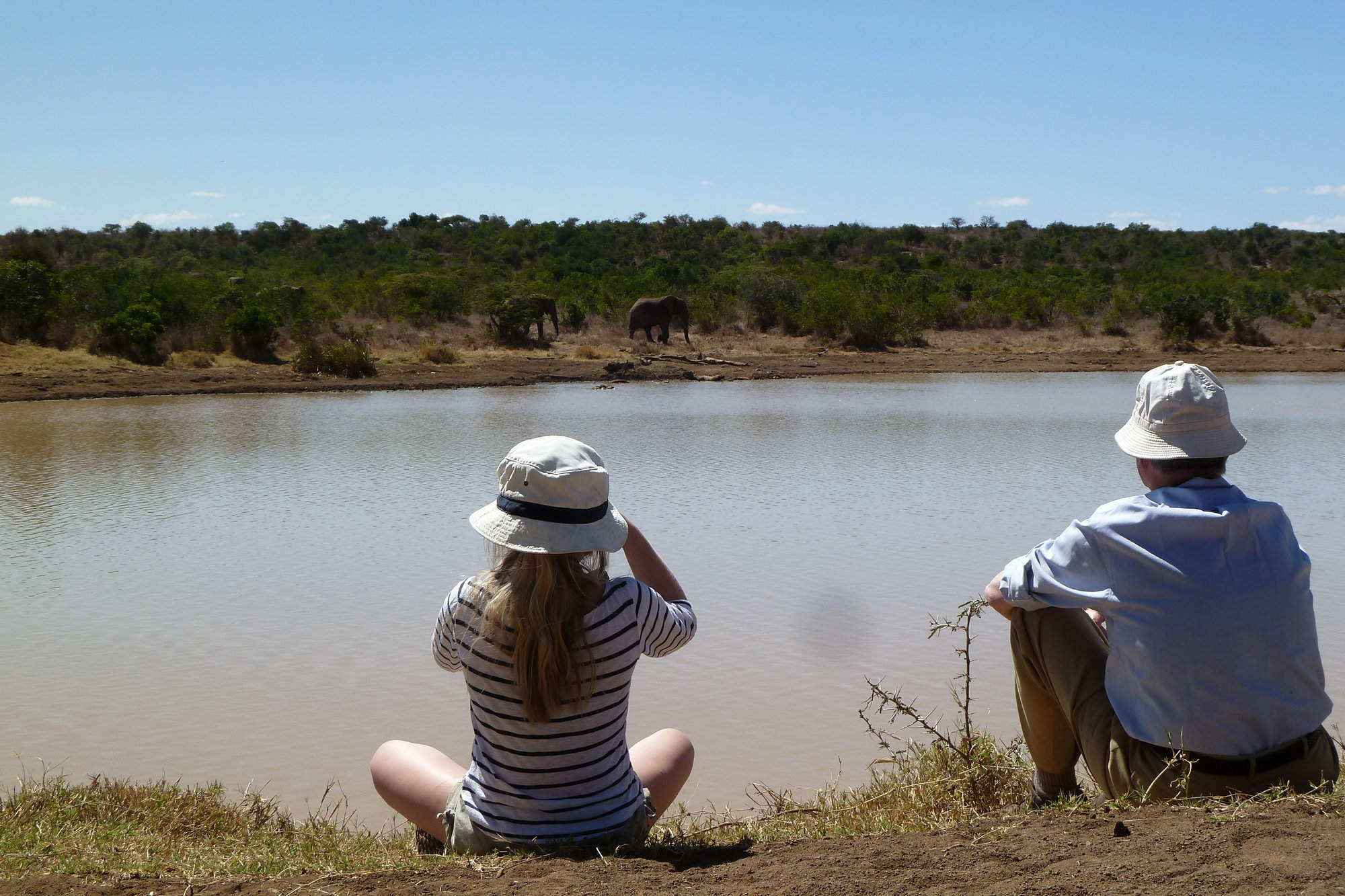 Sosian: Information from the owner

For Expert Africa's view, see our own full report on Sosian, which contains our own observations and views.

We have 3 double rooms but can make more if necessary. All have en suite bathrooms and their own veranda.

This cottage can either be a 2 or 3 bedroom unit, accommodating a family of up to 7 people. There is a double room with an interconnecting twin or triple, which has its own bathroom (with a bath).

The double room also has an en suite bathroom (with a shower).

There is also a twin en suite (with shower) room next door, with separate access through it's own door.

This is our honeymoon cottage, which is set in its own private garden area with extra privacy. It is the largest of all our rooms with bedroom, walk through closet and large bathroom with twin basins, shower and bath.

We have 4 twin rooms. All have en suite bathrooms and their own veranda.

For keen bird-watchers, Sosian has over 350 species of birds; several types of habitat and the guides are all keen ornithologists. If you enjoy birding you can spend as much time as you want exploring the river, thicker bush, open plains and gardens around the lodge for many species of birds.

Camels have been part of the northern Kenyan landscape for hundreds of years and are kept as livestock for their milk and meat. Contrary to popular belief, if well looked after they are very well tempered.

Sosian camels are friendly and at times can be overly affectionate! Camel riding is a fun activity and typically a ride will last 40 minutes or so and allows you to see the bush from a great vantage point.

Our General Ranch Manager, Sean, loves to take guests around the ranch to show the cattle, which he is passionate about. Sean gives a fascinating insight into the vital relationship between livestock farming and the conservation of wildlife in the bush.

Guests can see how the cattle are dipped and branded and learn about the selection process involved in picking out the top animals to go on to breed pedigree Boran cattle.

Sosian is situated at a junction of many different tribal areas in Northern Kenya, a very diverse area rich in traditions and untouched by western development. Samburus, Pokots, Turkanas and many smaller tribes live in the area and by special arrangement guests at Sosian may pay a visit to a local village.

The villagers are very proud to show you their cultural traditions and your visit emphasizes the importance of these traditions. Dances of courtship, fertility and marriage, jewellery making and fire making are explained in detail and it is then possible to go inside some of the houses in the village to see how these very proud people live and how strongly their customs are ingrained in their society. This is a fascinating excursion from Sosian for both adults and children and an important part of a safari holiday to Kenya.

Bringing you closer to the bush and further from modern frills, fly camping in bedrolls under the stars is an adventurous experience. Dinner is eaten by the campfire and most nights we drop off to sleep listening to distant lions, hyena and leopard but yet sleep better than we can remember...

Game drives at Sosian are in open 4x4 land cruisers with specially raised seats to allow the best wildlife viewing. Early mornings and late afternoons are the best times to go, as the wildlife is most active when it is cooler. The middle of the day is also a wonderful time to look for herds of elephants cooling off and playing in the mud on the rivers.

Game drives can take you up to the plains where it is wide open country and you can expect to see oryx, hartebeest, ostrich, grant’s gazelle, giraffe, elephant, bat-eared fox, Grevy’s and common zebra. Game drives are also the best way to see predators up close, we can head out with tracking equipment and search for lion, wild dog, cheetah and leopard.

Being a private ranch we are lucky enough at Sosian to be able to experience the bush and it's nocturnal animals by driving with a spotlight at night (not allowed in national parks or reserves). After sunset we often encounter leopard, spotted and striped hyena, aardwolf, aardvark, porcupine, bush-baby, hippos grazing out of water, buffalo, serval cat and other exciting species.

Horse riding is a wonderful way to see the bush and Sosian is one of the best places in Kenya to do this. The varied terrain makes it interesting riding, through rivers, along tracks and across more open country, where you can canter, jump and gallop. Riding is a peaceful and yet exciting way of becoming part of the landscape and experiencing the surroundings.

We have 26 horses (including children’s ponies), many of which are bred at Sosian. Riders must have considerable riding experience and be confident at all paces, so that they can handle a horse in open country and cope with close encounters with big game should it arise. Rides tend to be 2-3 hours in the morning and/or evenings, with groups no bigger than 8 riders. Guests are lead by an experienced guide, plus a back up rider/groom. We can also cater for young children and novice riders with short rides close to the lodge and simple lessons in the fenced arena.

Sosian is lucky to have the Ewaso Narok River pass through it with its magnificent 30 ft. high waterfalls. A highlight for some who are brave enough is to jump off the waterfalls into the deep pool below. For others swimming in the pool below or just enjoying the sight from next to the river is lovely. After a morning driving, walking or riding, we often have picnic brunch by the river and then enjoy the waterfalls or tubing down the river on inflatable tubes.

Sosian's river and dams also have a good number of catfish, yellowfish, tilapia and barbel for those who are keen for some light-hearted fishing using worms and spinners. As well as catching a few fish, which can delight all ages, sitting quietly next to the river, can be a peaceful moment to enjoy watching wildlife coming down to drink.

Walking is the most intimate way to explore the bush. Led by an experienced walking guide you will learn how to follow animal tracks, recognize dung, insects, flora and fauna and all the other tiny details that you might miss from a vehicle. We also have lions and wild dogs which are collared by the Laikipia Predator Project, which means we can go out with a tracker and find them.

You don’t have to be super-fit to enjoy walking, which can be from 20 minutes to 2 hours depending on how you feel.