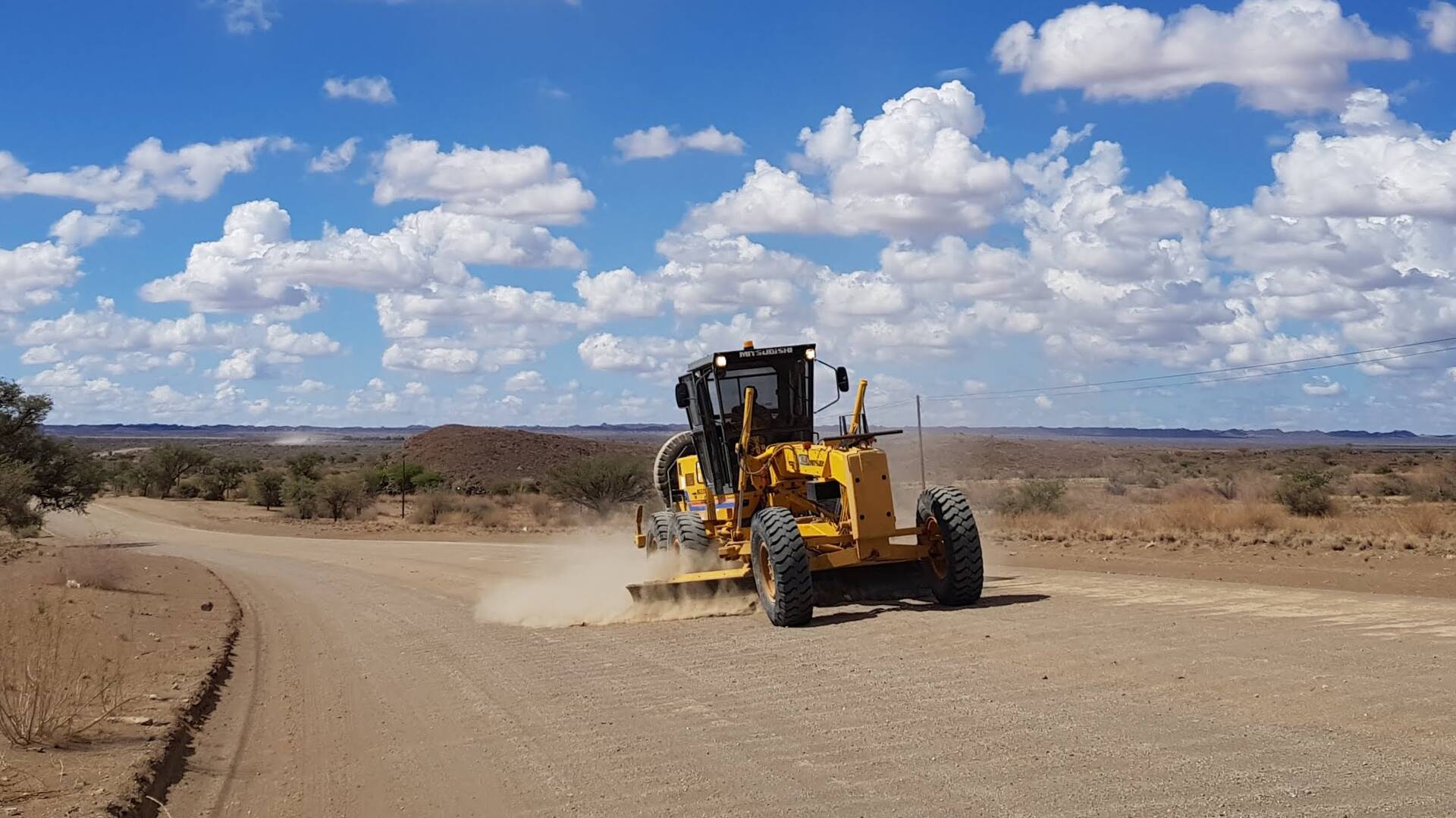 In Namibia you drive on the left. The driving standards here are fairly high with a good deal of respect for the rules of the road. Whilst the roads vary considerably, but they are almost uniformly well-signposted in English, and the vast majority have only very light traffic. This generally makes self-driving in Namibia a pleasure, even if the distances are often long. It’s not at all unusual to find yourself on an empty road, seeing another vehicle only every 10–20 minutes – but an interesting bird or animal more frequently than that!

The different types of road surface in Namibia are:

Due to the long distances, and the cost of construction and maintenance, only Namibia’s main arteries are ‘sealed’ – which means they have a tarred surface. However, in our experience the tar roads that do exist are usually in good condition. These roads are comparable to British A roads, American secondary highways or French routes nationales. They are almost all single carriageway, but they will sometimes widen up steeper hills, to allow overtaking of slow-moving vehicles.

Outside of the towns, where the national speed limit of 120kph (75mph) usually applies, these roads often have long, straight sections. A confident driver can average 100kph (62mph) on these roads.

Namibia’s tar roads connect its main cities, and link to its ports and neighbouring countries, so it’s on these roads that you’re most likely to encounter large trucks. Although truck drivers will sometimes use their indicators to let you know when overtaking is safe, we recommend that you only overtake when you can actually see that it is safe. So be prepared to sit behind these until you reach a suitable spot.

The other hazards to be aware of on tar roads are livestock and game. While most of these roads have a very wide verge, and sometimes the land beyond is fenced off, wild animals and livestock do occasionally wander out onto the road.

Some examples of the kind of road to expect in Namibia...

...including the roads in the NamibRand...

... and the stunning Spreetshoogte Pass which is in our opinion worth a detour.

Meanwhile in Luderitz, this is a typical town road...

...and this might be what to expect in Damaraland.

Warning: you may come across animals in the road...

and when passing other vehicles on the gravel you can expect a dust cloud.

The majority of roads in Namibia are gravel, which varies from coarse gravel to fine sand and dust. The condition of these roads is generally very good and there is a continuous effort by the roads authority to maintain them. Most visitors will see at least a few ‘graders’ at work during a self-drive trip around the country.

Having said this, in any trip you’ll come across sections of gravel roads – generally those which are about to be graded – where the surface is potholed and/or corrugated. Sometimes these appear quickly, with little or no warning, the best advice we can give here is to slow down.

Namibia’s gravel roads are generally fine for normal, lower-clearance 2WD vehicles but we’d always recommend that drivers stick to an absolute maximum speed of 80kph (50mph) – and that this is reduced in sections where the surface isn’t as good.

Most gravel roads are easily wide enough for two vehicles to pass, but it’s always wise to slow down when passing another vehicle, for two reasons. First, because you may encounter flying stones, which can damage your vehicle if they hit at speed. Second, immediately after passing the other vehicle you’re likely to drive into a dust cloud, which can drastically reduce visibility.

Drivers should be aware of a few specific features of Namibia’s gravel roads, including:

Salt roads are found exclusively by the coast and should be treated in much the same way as gravel roads. Their surface is a mixture of salt water, gypsum, sand and/or gravel that is then baked in the sun. The result can often look like broken or old tar roads, and while it isn’t loose, it can be bumpy. Furthermore if these roads are wet, such as after rain or in a heavy fog – which is a frequent occurrence near the coast – they can become slippery.

The TASA map of Namibia is among the best and we will provide you with one of these before your trip. Note that recent years have seen a rolling programme of changes to Namibia’s road numbers, with D-roads being upgraded to C-roads, and their numbers changing entirely. The current map indicates some changes, but local signposts can be slower to change.

We’re sometimes asked, ‘Do I need a GPS for driving in Namibia?’ – and our answer is generally ‘No’, unless you’re going significantly off-piste. In these cases we recommend getting a device with Tracks4Africa loaded on it, as conventional car GPS devices are not usually up to the task.

Generally, though, most visitors find navigation in Namibia surprisingly easy: using the map and local road signs is usually enough to prevent getting seriously lost. If you are ever unsure, you’ll find that local people (when you can find any!) are normally friendly and helpful.

Before your journey, it’s often a good idea to discuss your route with your camp manager, both for the latest local knowledge and so that you don’t miss out on anything on the way.

For more information on the car hire and Namibian roads, see also: