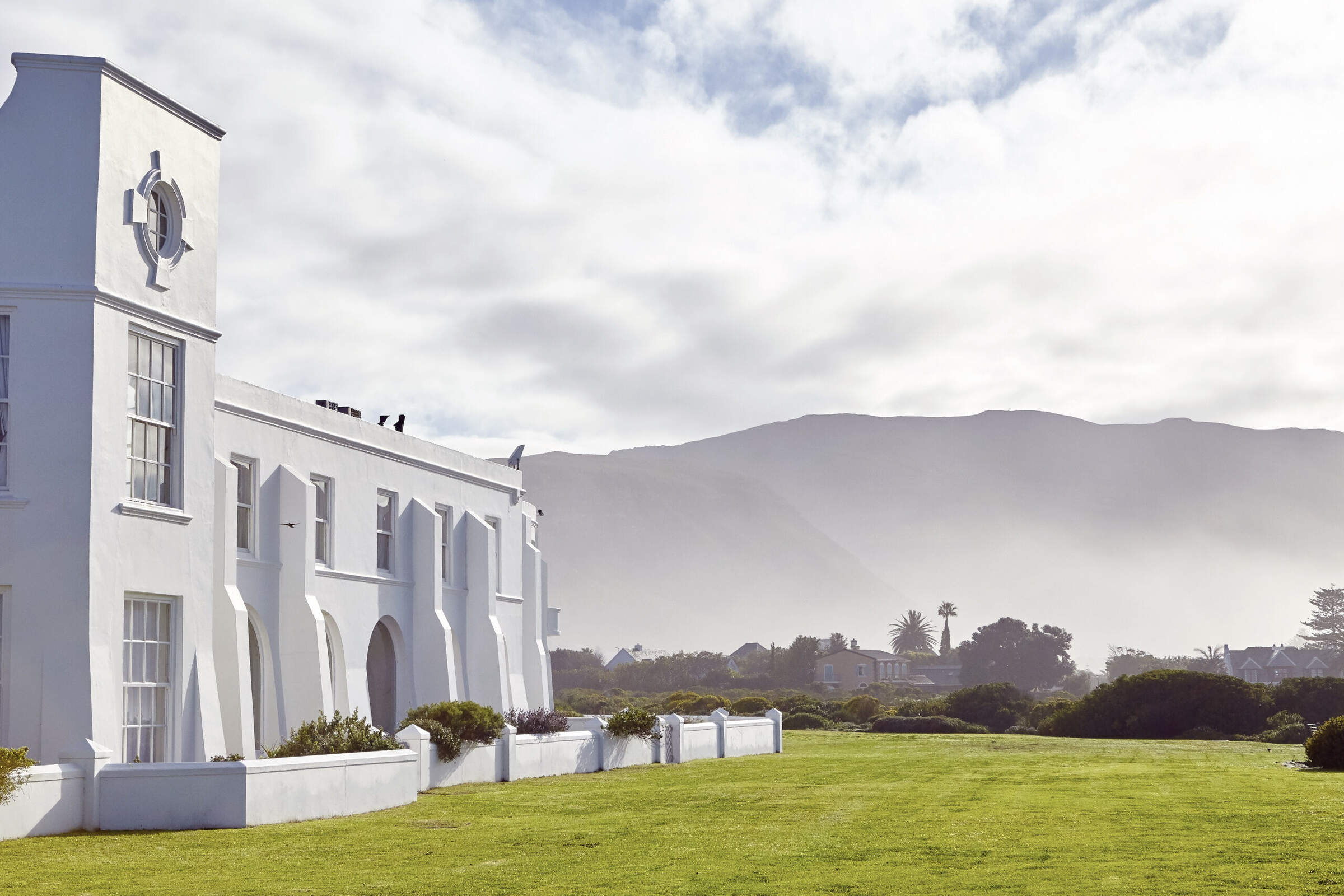 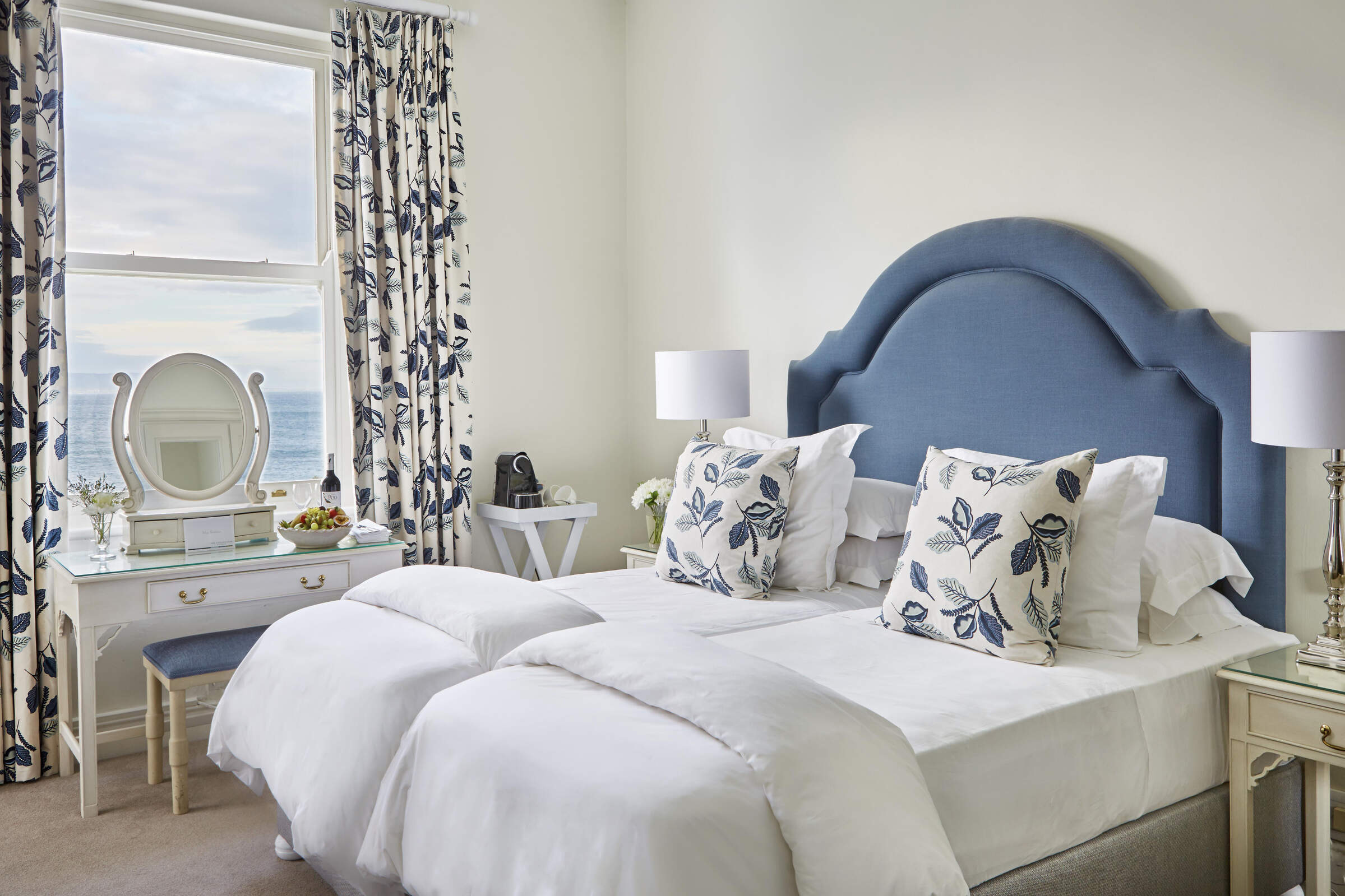 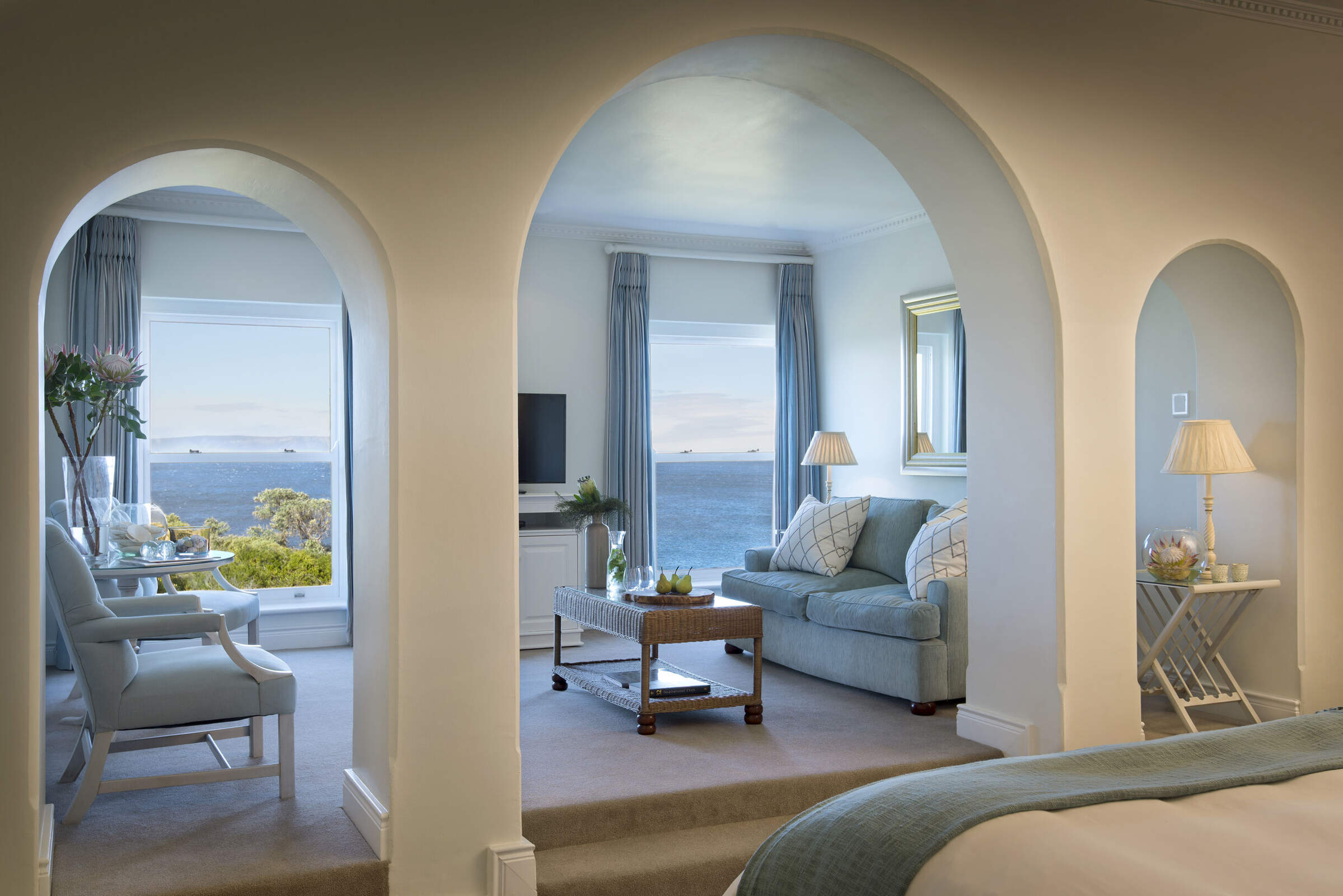 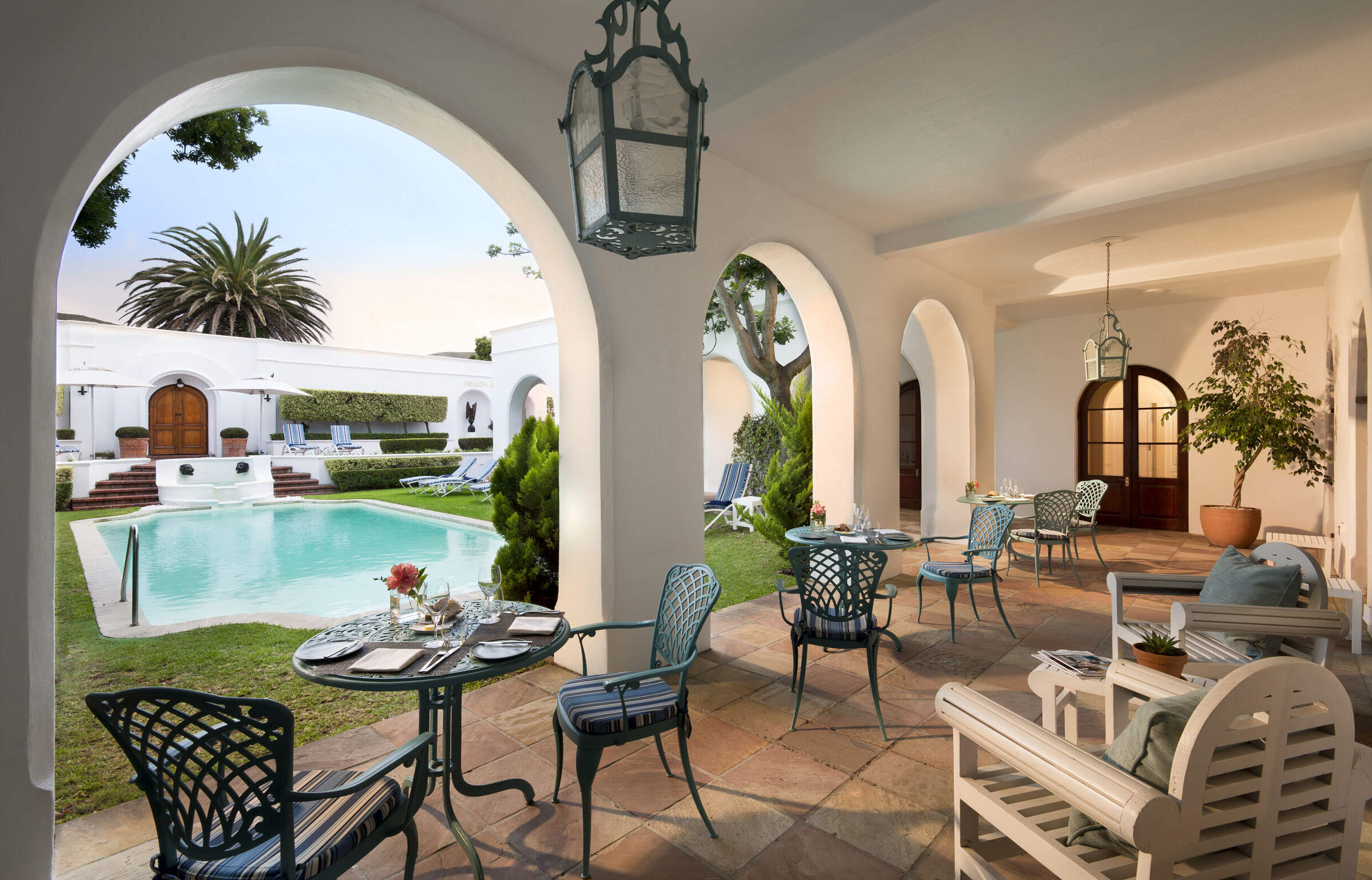 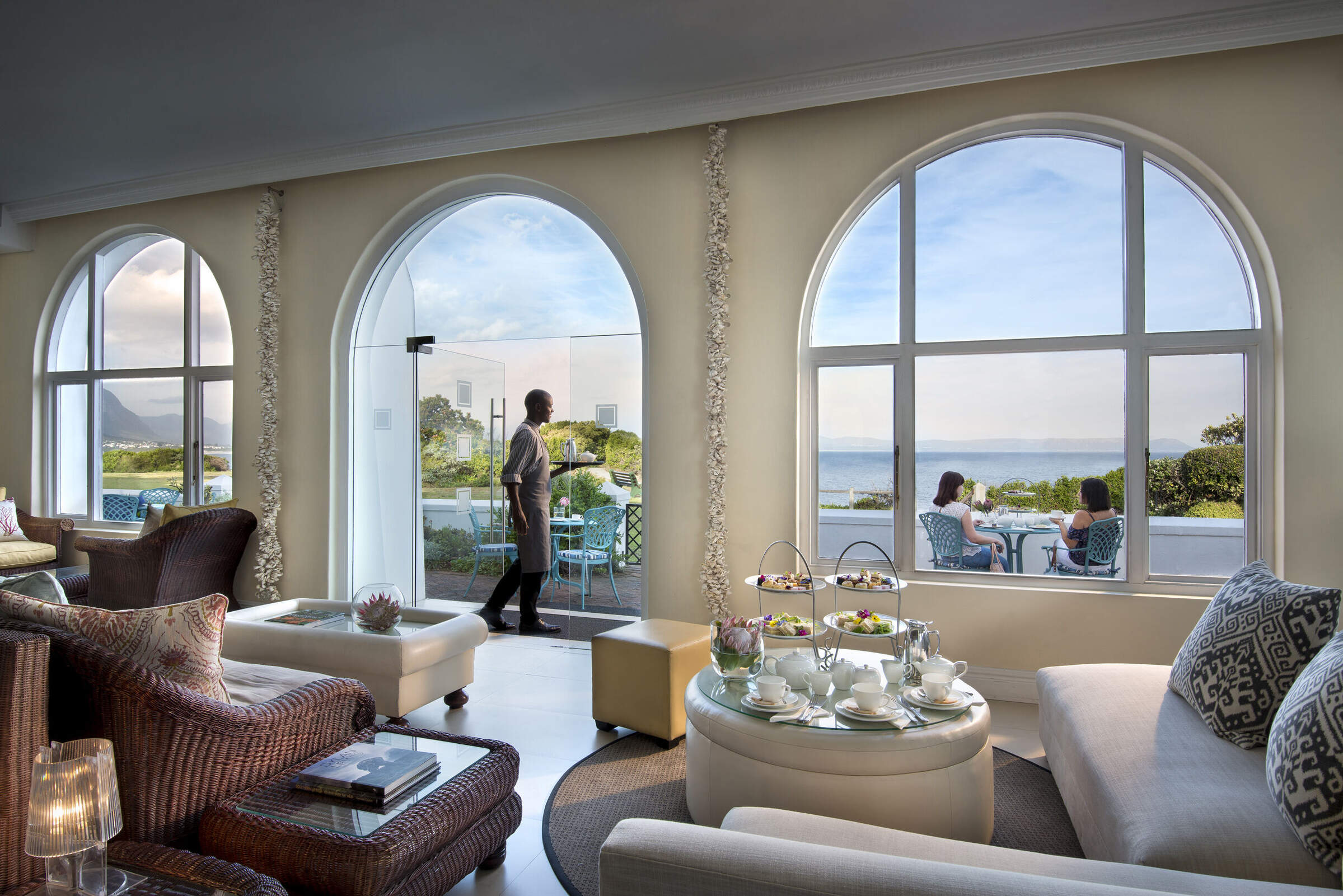 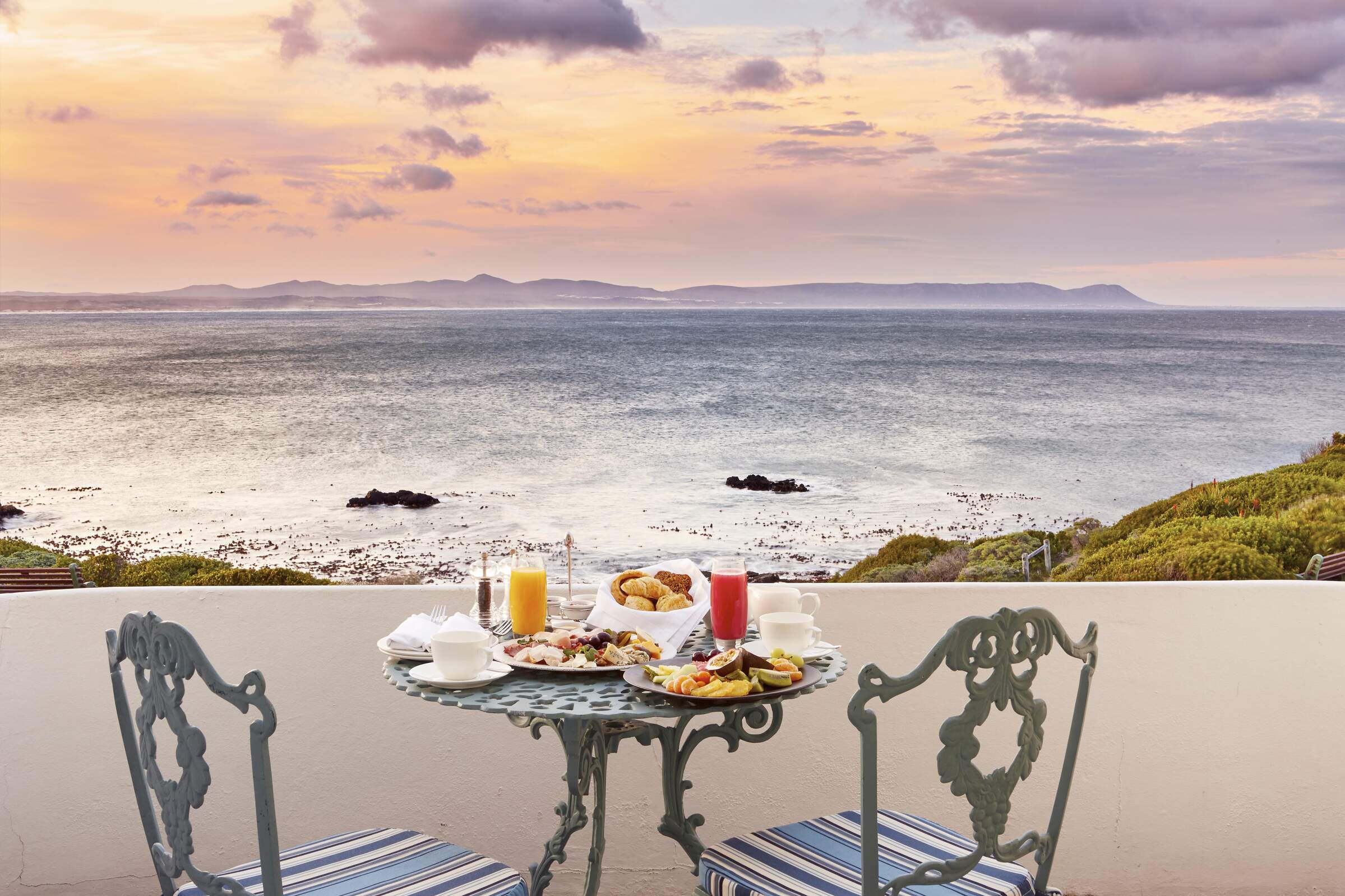 Reviews of The Marine

6 independent comments and wildlife information from our travellers who have visited The Marine and kindly agreed to share their thoughts. They do not necessarily represent the views of Expert Africa

2 nights Arrived 25 Oct 2019
"A lovely positioned hotel right on the cliff top. Our superior room was on the ground floor with access to a private patio overlooking the ocean in two directions.

Unfortunate the weather was cool so we only sat there one sunny morning for about one hour. We did see whales - they have had a bad season - so we were happy. The town of Hermanus seems to close for the off season and the restaurants were not up to the standard at Franschoek being mainly grill type with very similar menus. I think if you had a car or were prepared to walk away from the cliff side road you might do better.

When we left we could not pay by card as they were having problems with their wifi - it had been fine everywhere else. So we had to pay in cash as our driver was waiting. However when I checked the bill when we arrived at Plettenberg there was a 200R additional charge. I queried this as the hotels are in the same group and they said it was for an additional key which we never had. They agreed with us as we had not asked for one at Plettenberg. It should be being refunded. Don't have my credit card statement yet but this left a slight concern. Not a lots of money but the principle is clear.

"What a lovely place to finish our honeymoon"

1 night Arrived 13 Apr 2016
"A lovely hotel and a beautiful room with amazing sea views. The hotel manager took us on a tour of the hotel and made us feel very welcome.

The hotel was very well positioned and we felt very spoilt. The fish restaurant and breakfast was amazing, we just wish we had stayed for two nights rather than one.

"Lovely hotel at the seafront"

2 nights Arrived 4 Sep 2015
"We arrived early & the staff were very helpful & attentive. They did everything to get us a room as soon as possible.

2 nights Arrived 29 Sep 2011
"We were given a lovely room overlooking the bay.

Everything was of the standard expected of such a hotel.

2 nights Arrived 27 May 2009
"Staff were very friendly and attentive.

The bottle of bubbly in our room was a very welcome gesture. Food and service were of the highest standard.

This hotel is beautifully located overlooking Walker Bay, where Southern Right Whales can be seen for much of the year." See all these reviews: 5n in South Africa
Experience Report
Overall Rating:
Excellent
Location:
Excellent
Service:
Excellent
Facilities:
Excellent
Rooms:
Excellent
Food:
Excellent
Showing 1-6 of 6
100%
6 reviews of The Marine by travellers since August 2007
Overall rating by our travellers
6
0
0
0
0
Filter by month

Other lodges in Hermanus

Ocean Eleven is a small, high-quality guest house in a superb location beside the cliff path, overlooking the ocean, a short distance from Hermanus.

Elegant yet relaxed, Auberge Provence is a comfortable guesthouse with stunning views over Walker Bay. It is an excellent place to base yourself for whale watching around Hermanus.

Harbour House Hotel is a modern hotel conveniently located in the centre of the old harbour town in Hermanus and offers eighteen tasteful rooms.

Birkenhead House is a wonderfully indulgent, sophisticated base from which to explore Hermanus and its environs, and also for whale watching in season.

Auberge Burgundy is a quaint Provençal-style guesthouse, in the centre of Hermanus, beside the old harbour.