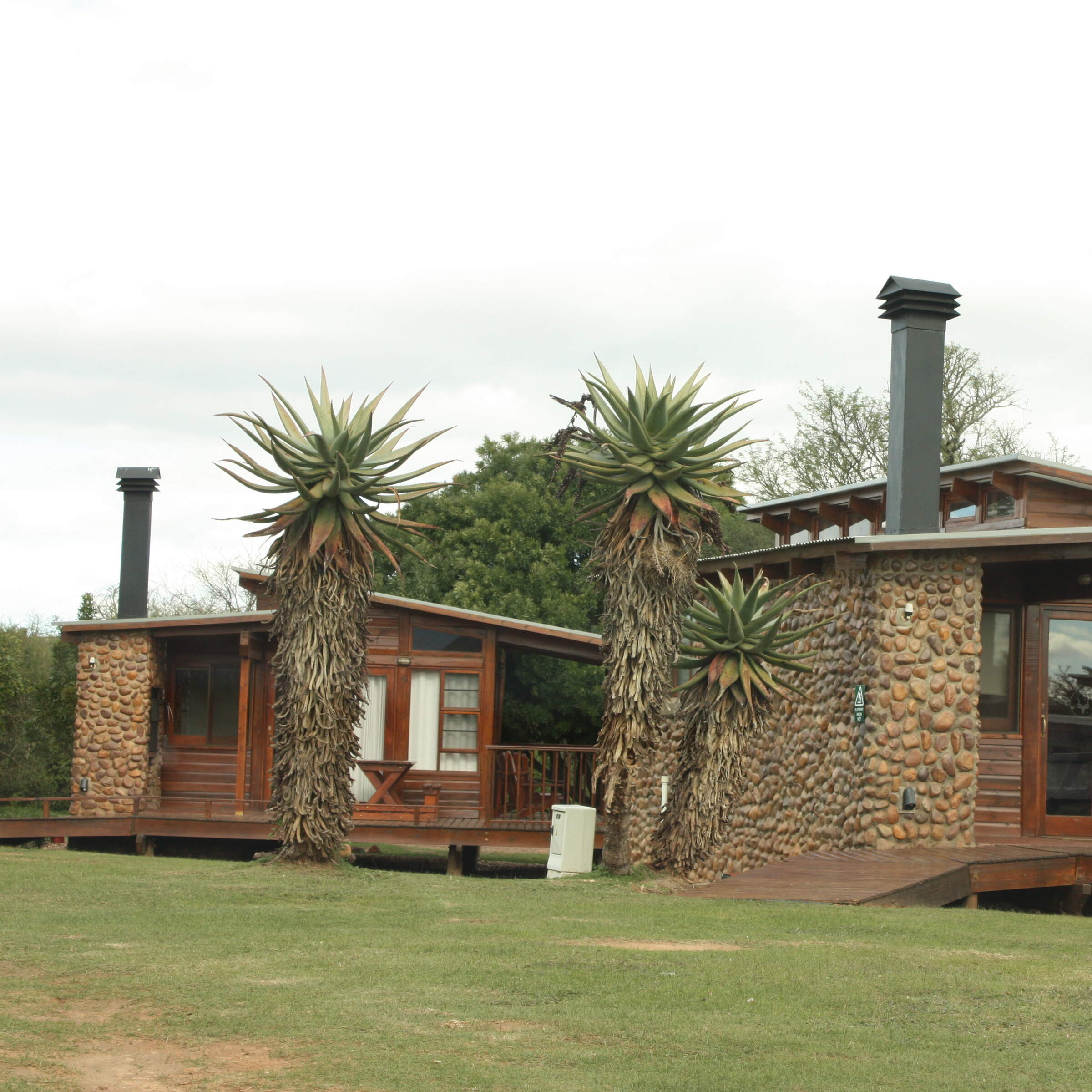 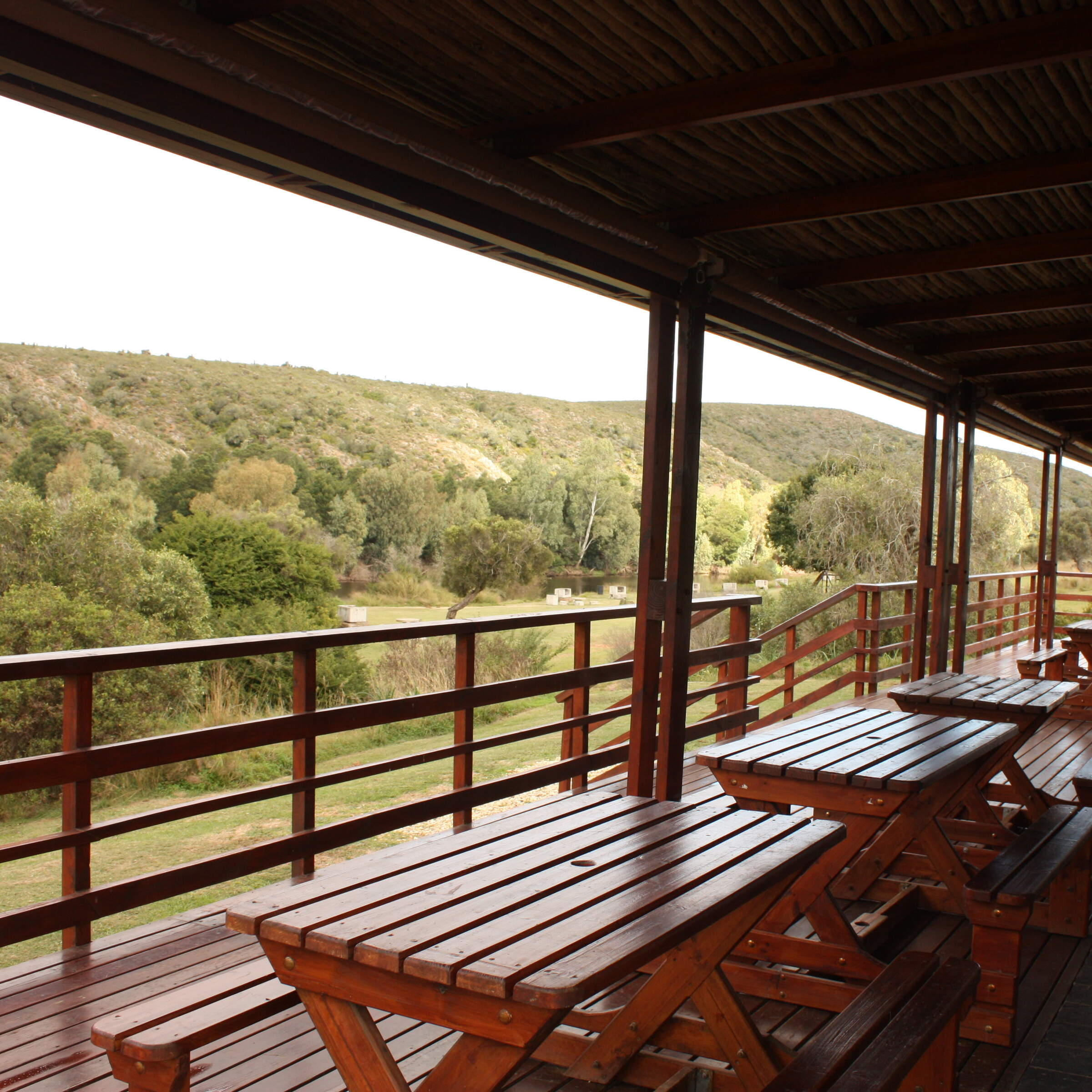 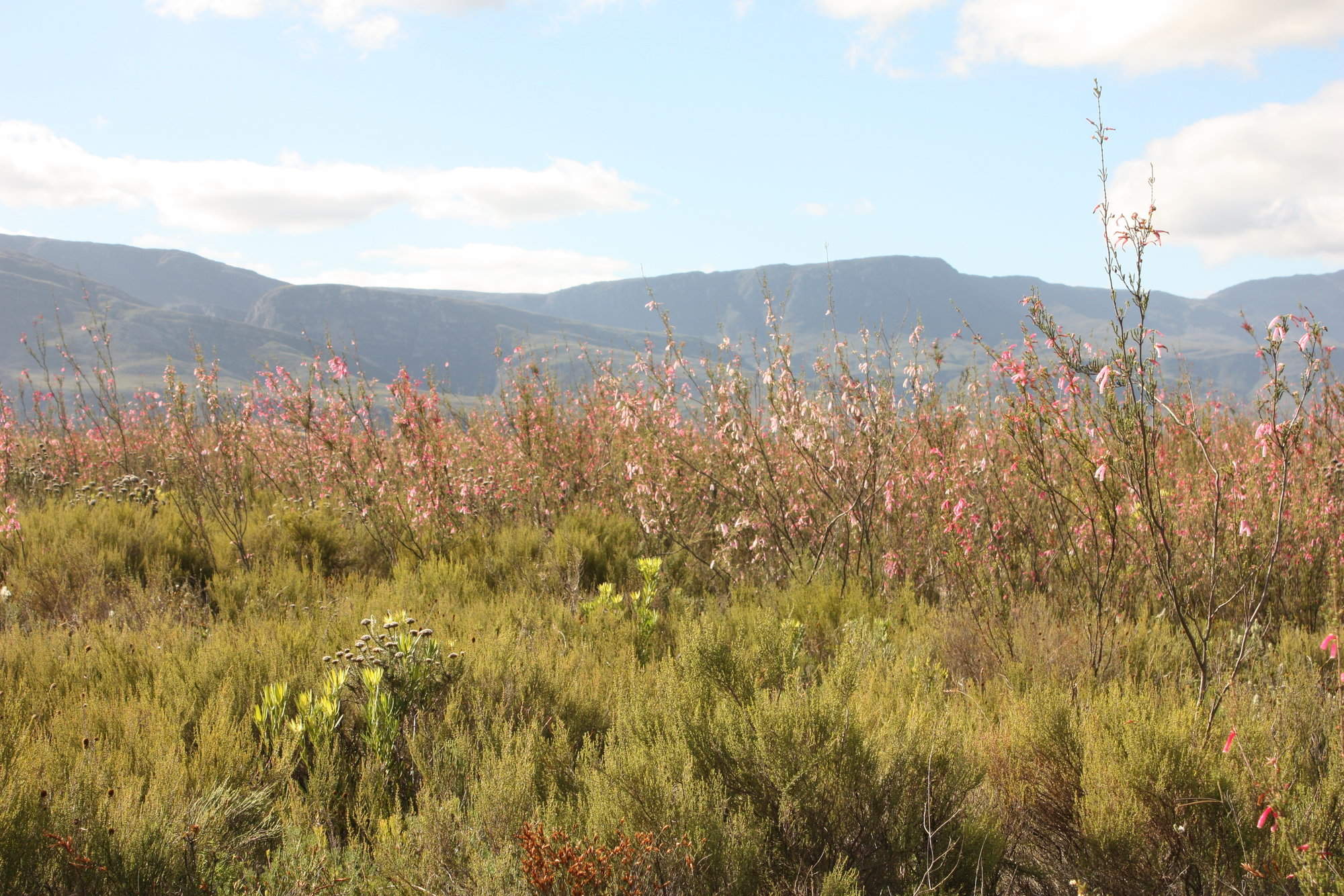 With the Breede River on its western border and the spectacular Langeberg Mountains in the background, Bontebok ...

... National Park forms part of the Cape Floral Kingdom protected area, a World Heritage Site. Named after the bontebok that traverse the plains, this is South Africa's smallest national park and home to many unique plant species found nowhere else in the world.

The park was created in 1931 to protect the bontebok, of which there were only 30 left in the wild. Conservation work has enabled their numbers to grow, and there are now nearly 3000 bontebok in the wild. Of these, 200 live in Bontebok Natonal Park. This was found to be the largest number of the animals that the park could support while remaining ecologically stable.

As well as bontebok, the park is home to around 200 bird species, including the blue crane, spur-winged goose, secretary bird and southern black koorhaan. Red hartebeest, grey rhebok and the threatened cape mountain zebra can be spotted during the day, and at night the nocturnal caracal, bat-eared fox, cape fox and aardwolf are sometimes seen. The park is also home to mongoose and the cape clawless otter inhabits the Breede River.

Acitivites available in Bontebok National Park include bird watching, game viewing, nature hiking trails, swimming in the Breede River, fishing, canoeing, kayaking on the river and biking. The park can also be used as a base to visit the surrounding area, which offers attractions such as the hot springs and historic buildings in Montagu and the wine routes and Drostdy museum in Swellendam.

Where to stay in Bontebok National Park

The new rest camp in Bontebok National Park is Lang Elsie's Kraal Rest Camp. This simple camp is named after an 18th century Khoe-Khoe chieftain and is designed to have minimal impact on the environment.

The camp consists of 10 wooden chalets with basic kitchens and private sun decks from which you can admire the views of the Langeberg Mountains and the Breede River valley. Each room has twin beds but can accommodate up to 4 guests by using the double sofa-bed in the room. The chalets are serviced daily and fully equipped with cooking utensils, bedding, towels and soap. They also all been fitted with ramps to allow wheelchair access. It is also possible to camp in either a tent or a caravan at the campsite close to the river, and locals do like to frequent the campsite on the weekends and during school holidays.

If you're looking for a remote setting, in the middle of nature overlooking the perennial Breede River, then a stay here will suit you well. The chalets are self-catering, but are very well equipped with all the essential cutlery and crockery, and the nearest supermarket is only a short drive away; about 20 minutes to the town of Swellendam.

Walking
Bontebok NP, on the Garden Route, makes a fantastic base for hiking or walking whilst on holiday in South Africa. There is some amazing flora to be found here, and great birds to be discovered on foot.
See ideas for Walking

Other lodges in Swellendam

Schoone Oordt is a warm and friendly guesthouse in Swellendam and makes a good, relaxing halfway stop between Cape Town and the Garden Route.

The Hideaway Guest House is a delightful little owner-run guesthouse in the historic town of Swellendam.