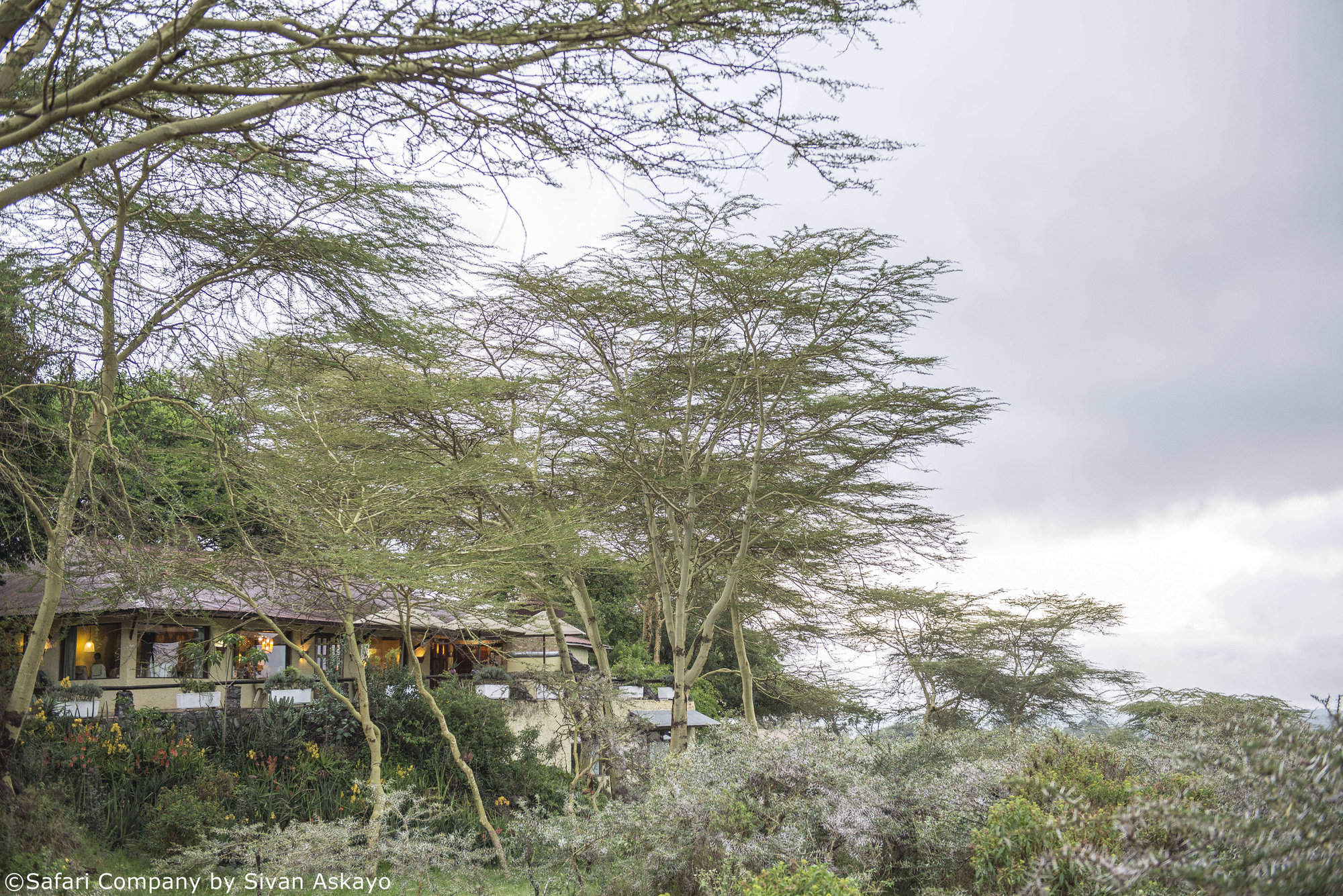 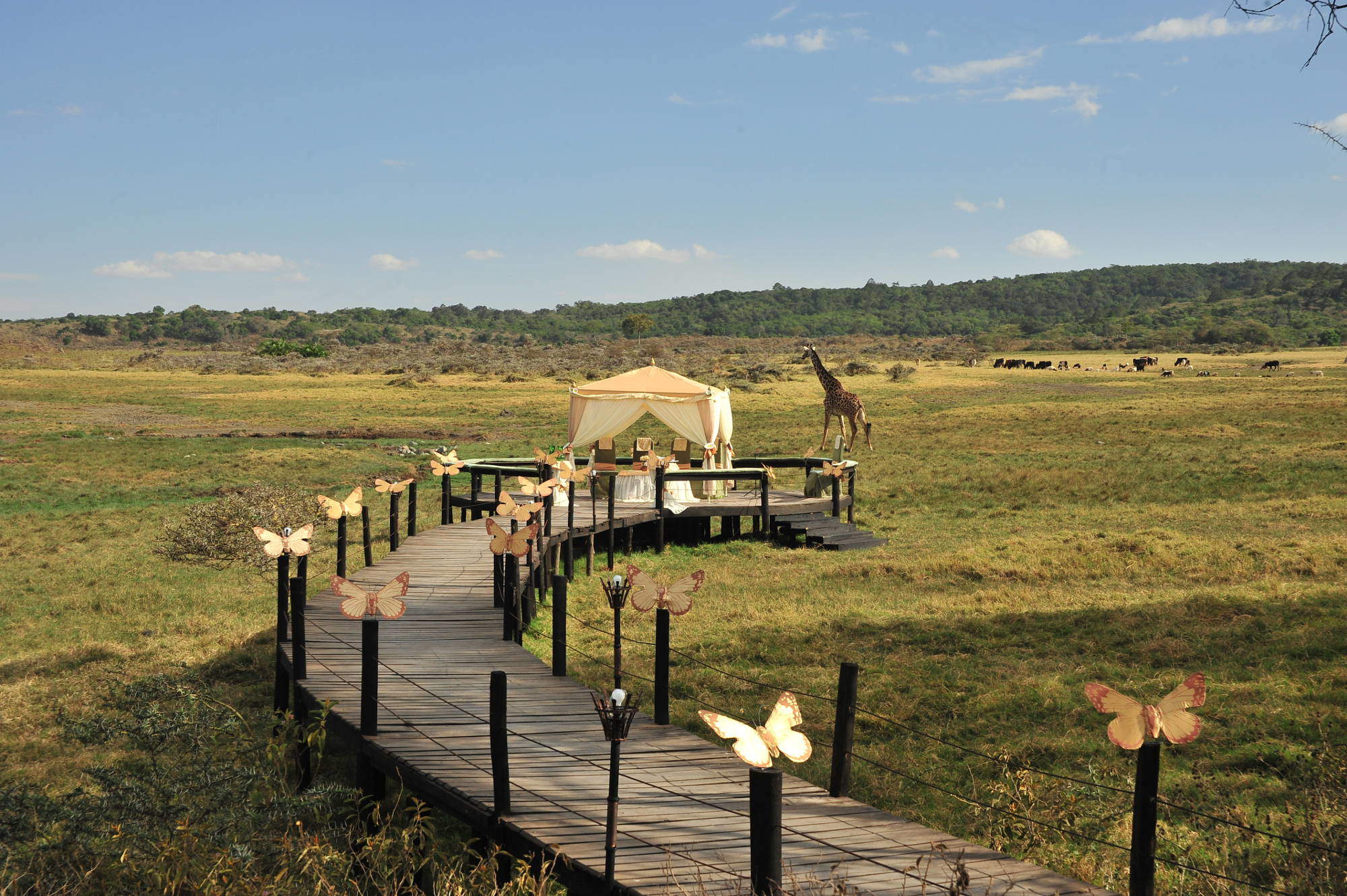 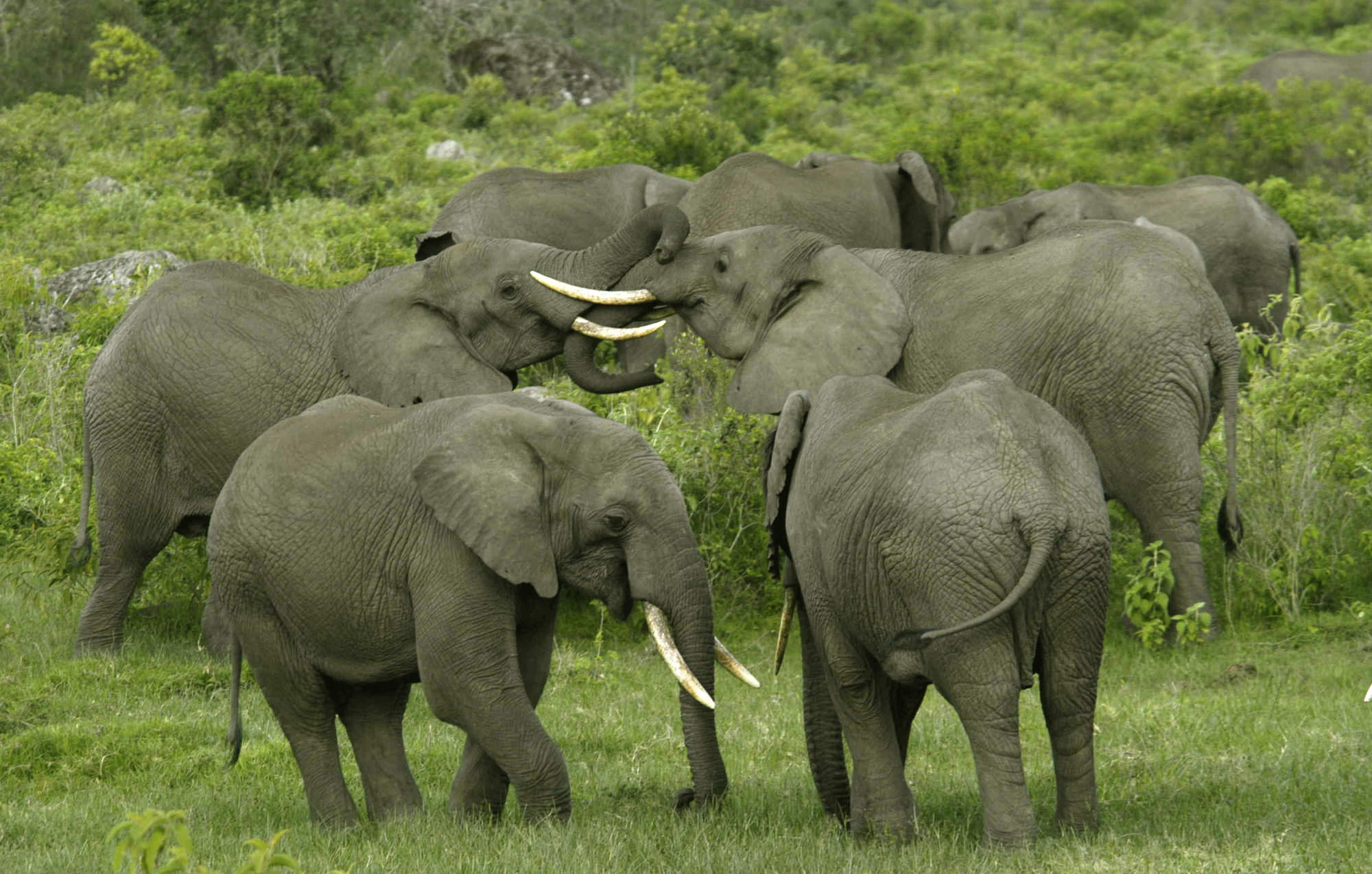 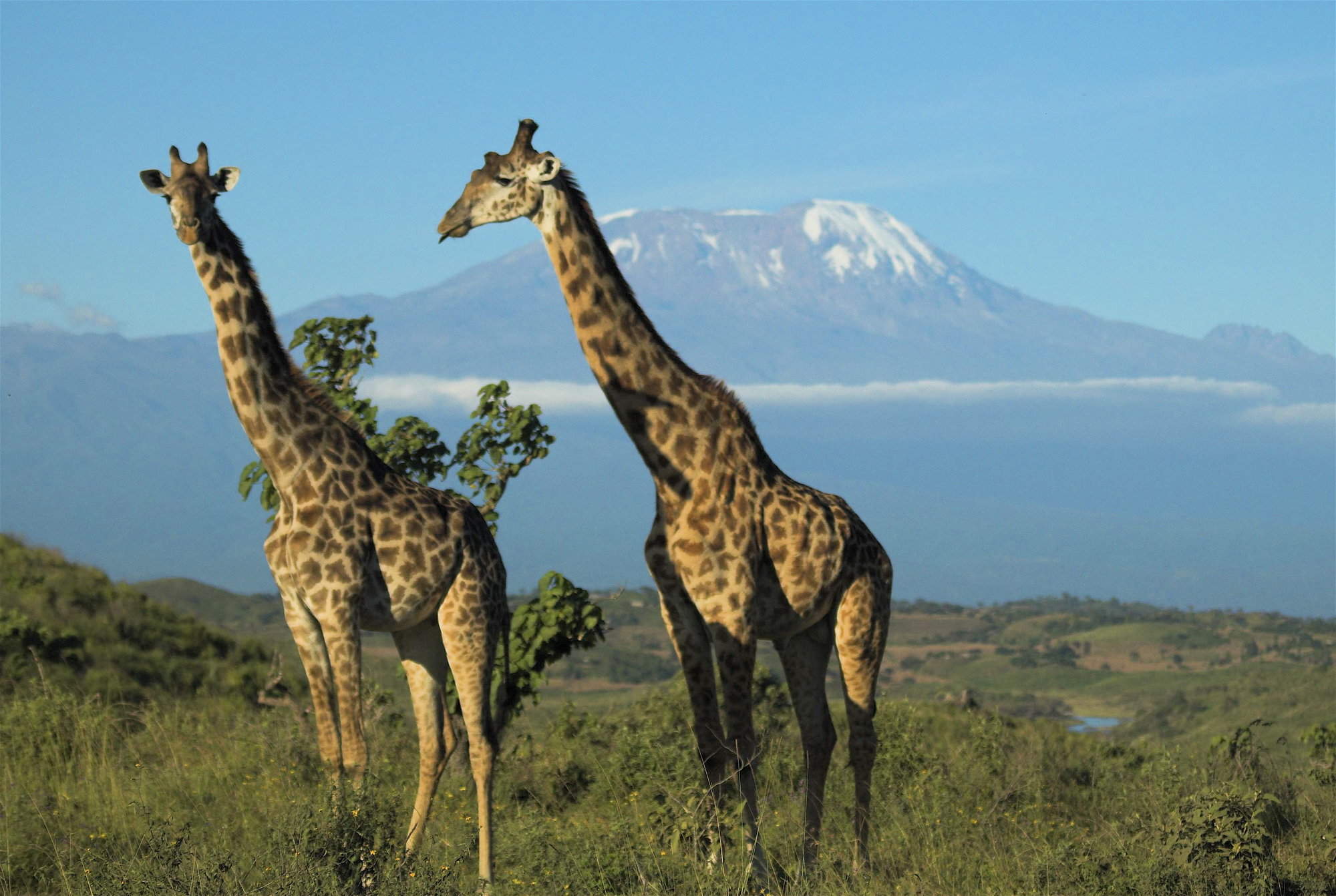 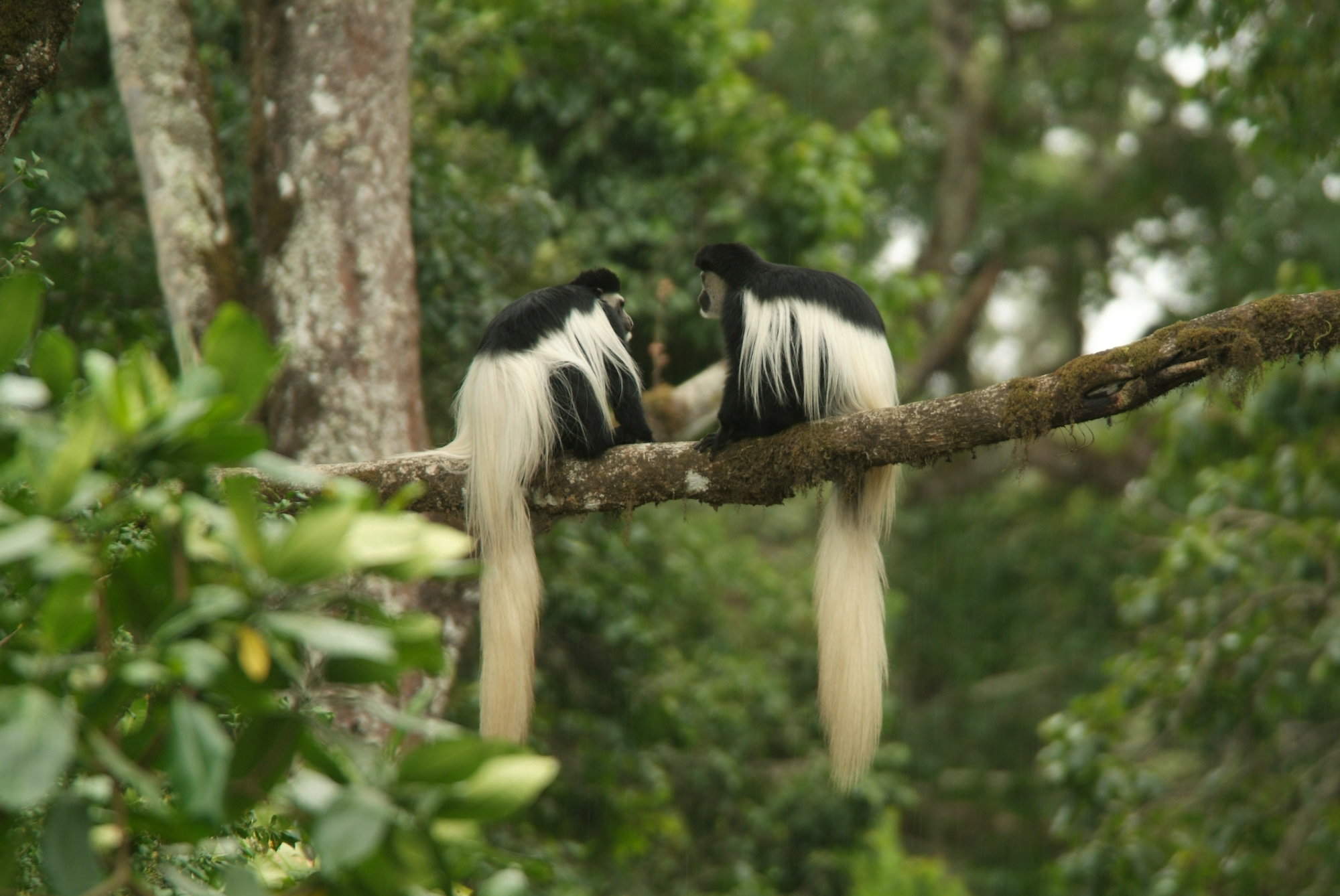 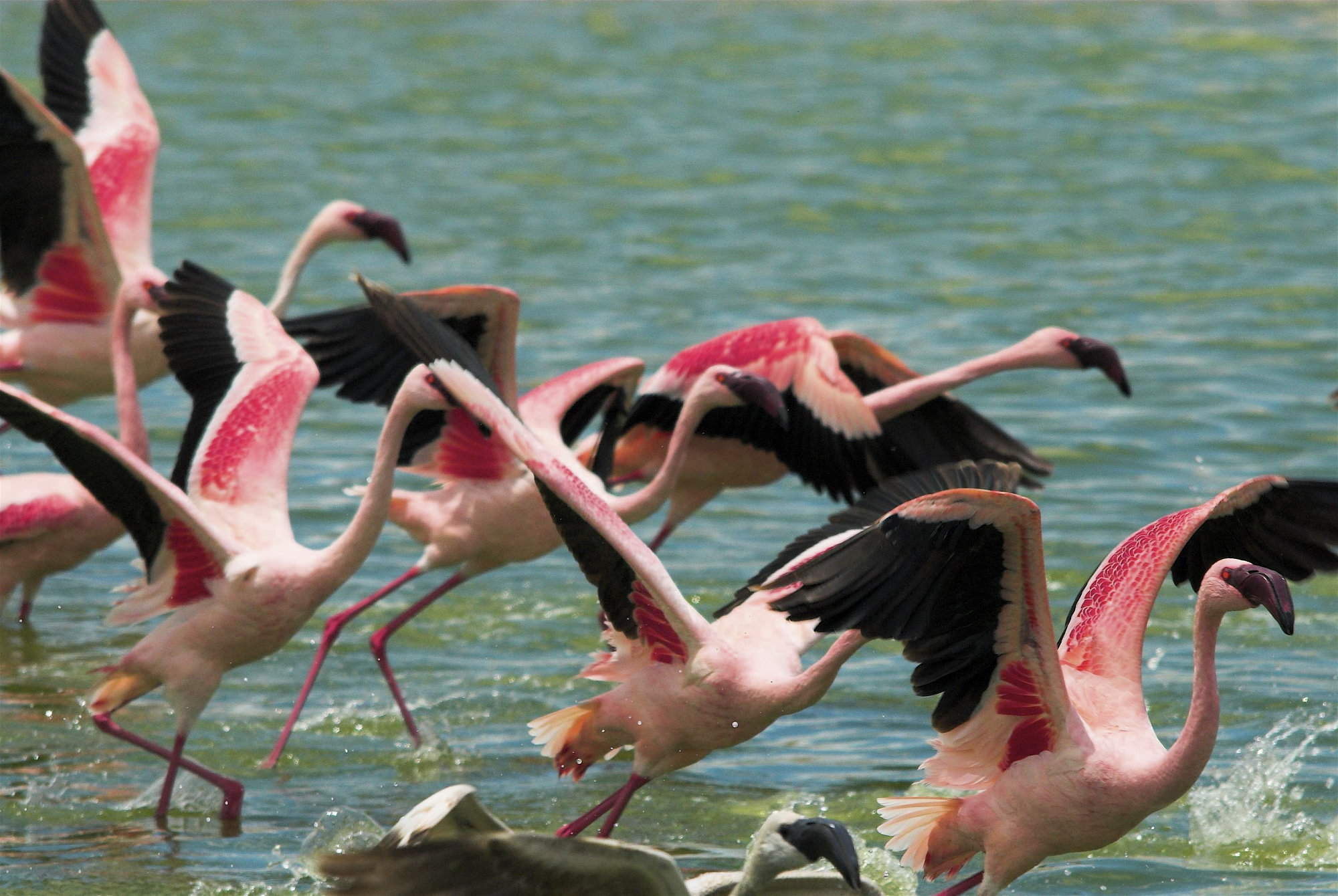 Hatari Lodge: Information from the owner

For Expert Africa's view, see our own full report on Hatari Lodge, which contains our own observations and views.

The nine deluxe rooms are decorated with a fun, stylish mix of bright cushions and throws made from local textiles, brightly patterned Kenyan carpets and handpainted-wallpaper peppered with vibrant wall art created by local artists.

Two rooms are perfect for honeymoon with a large bathtub and big views on to the Momella clearing or Kilimanjaro.

In the winter months, an open fire crackles seductively in each room.

The Hatari Junior Suites are the natural and upmarket extension to Hatari’s nine deluxe standard rooms.

Each of the junior Suites can sleep a min of 2 people, should guests book a Junior suite with a Suite it can sleep up to 6 people and therefore ideally suited for the three generational family travel, friends with friends travel or honeymooners as more exclusive, spacious and private.

The three spacious junior suites looks out over a dramatic vista of Mount Kilimanjaro.

Together with the Junior suites, the Hatari Suites form the perfect villa which can sleep up to 6 people and therefore ideally suited for the three generational family travel, friends with friends travel or honeymooners as more exclusive, spacious and private.

Same as with the Junior suites, these spacious suites with their own private dining area and fireplace, are dedicated to the trio of large animals roaming Arusha National Park — elephant, buffalo and giraffe.

The three spacious suites looks out over a dramatic vista of Mount Meru.

The history of Mt Meru is ancient. Momella has been part of it for the last 100 years. In 1906, Margarete Trappe arrived on an ox wagon from the coast. Her courage and pioneering spirit set the tone when she travelled the picturesque Meru-Pass, at which her new home - Momella - was situated. A big farm was created and built by the Trappe family where they kept cattle, horses and goats and enjoyed the surroundings and the abundant wildlife. The start of the First World War brought a cat-and-mouse game between Margarete Trappe and the English soldiers and earned her the nickname Iron Lady for her stubbornness, strength and courage as she scouted for Von Lettow Vorbeck in his “Ice Cream War” with Frederick Courtney Selous. However fate was not kind to Margarete. Disowned and bankrupt, she returned to Meru and started rebuilding a new farm called

Ngongongare or Yejo’s - her Maasai name. Financial survival was finally secured by the highly profitable trophy hunting when she became the first female professional hunter in East Africa. Fittingly her last tribute when she passed away in 1975 was paid by her beloved elephant herd as they gathered around her house in 1957 when she passed away. Follow the tracks of Margarte Trappe and visit the house, where she lived in former times as well as the grave of this famous woman.

Starting from Shu‘mata Camp in the open caron a relaxing 2,5 hours drive right to Mount Kilimanjaro up to a height of 3.400 metres. We cross different climate- and vegetations zones: region of the steppes, lush greens on the entrance to Kilimanjaro Nationalpark and finally alpine scenery. Our goal is the Shira Plateau at the level of 4.000 metres. When the clouds open, we enjoy a magnificient view of the immidiate summit of Kilimanjaro. We hike for about one hour on the designated Shira Day Trial through grass, heather and moorland landscapes with up to 10 metres high groundsel herbs.

Eland antelopes, the biggest antelopes of Africa will cross our way on the mountains cliffs.
A colobus monkey swings through the branches and we see buffaloes. With a little luck even elephants. On the way we stop for a picknick-lunch on the vast plains of the plateau and enjoy the wonderful views of the summit of the highest mountain in Africa.

The Momella Foundation was founded by Marlies & Jörg Gabriel, proprietors of Hatari Lodge in Momella and Shu’mata Camp in the Masai Steppe. By creating a luxury safari experience for travellers world wide Jörg and Marlies fulfilled a dream. But it became apparent that while they may be enjoying Momella, Momella was far from enjoying them. Situated in the idyllic and stunning Mt Meru region, the inhabitants are plagued by poverty and a lack of educational and vocational training. This was the initial reason for starting the Momella Foundation in order to give back to the community from which they derive their passion, love and livelihood. The Momella Foundation is a non-profit organization, seeking to aid the region in eradicating poverty through creative programs. For the Momella Foundation the principal goal is sustainability, and goes far beyond mere social consciousness. The projects we run incorporate areas such as educational development, natural resource cultivation and protection, sustainable agronomy and empowerment of women. You can take a guided village walk with one of our staff members. You can visit our Watoto Momella Preschool. 25 children are taught bilingually (Swahili and English) according to the principles of Maria Montessori to prepare them for a rapidly changing world. You may also take a look at our Hatari Forest Garden Project where we implement the principles of sustainable agronomy. Additionally you can chat to our tailors at Mama Momella, whom we train to manufacture finest african clothes, which you can buy at the Mama Momella Shop.

The area around the Momella lakes, which is located at an altitude of 1400 m, extends over the north-eastern part of the Arusha National Park and is surrounded by green hills. Here you will find seven lakes, surrounded by bush savanna and acacias. Several hollows were formed by the last eruption of Mount Meru, which have a porous ground allowing enough water to the surface to form the lakes. The biggest and also most interesting ones are the Big and the Small Momella Lakes, together they cover an area of 4 km². Flamingos especially prefer the Small Momella Lake because of the high amount of alkali.

On this tour you will be visiting the Momella Lakes in the Arusha National Park – seven volcanic lakes embedded in breathtaking scenery. Flamingos are spread their wings and soar gracefully into the open sky above hippos and giraffes. Bushbuck, Dikdik and warthogs may shyly glimpse from behind tall grass, carefully checking out the vast savannah.

The highest point of Arusha National Park is Mount Meru. At an altitude of 4566 m above sea level, it is the fourth highest Mountain in Africa and the second highest in Tanzania. Sometimes, during chilly months, Mount Meru is also covered by a snowcrest. The steep back of the crater edge, of which only half still exists, lies on the western park border. Nowadays Mount Meru is an exstinct volcanic mountain, with the exeption of some steam holes, which provide unique scenery for nature- and mountain climbing enthusiasts. The open cone, which opens to the eastern side, harbours a mountain rainforest with swept becks, refreshing water falls and jungle giants, which are enlaced by lianas. On the way up Mount Meru one passes through 3 different vegetation zones, starting from savannah, through forest and into dense jungle, reminiscent of landscapes in the movie “Lord of the Rings”. With the changing flora, there is also an alteration in the wildlife. Upon reaching Kitoto Viewpoint, at an altitude of 2500 m, an armed ranger escorts guests on the final hike into the crater. After about two hours walk, guests returns to the vehicle and heads downhill again. Next to a picturesque waterfall, a traditional picnic awaits you to replenish burnt energy. After lunch, another short walk leads to the Tululusia Waterfall, cascading down and spraying those who venture too close to it with a cool refreshing water.

The Ngurdoto Crater is also known as “Little Ngorongoro Crater”. This beautiful part of the park looks like a stranded Ark in the middle of a jungle. You are driven around the Ngurdoto Crater, which has a diameter of 2,5 km, over a steep mountain line. From the crater edge you have an amazing view past tree giants, lianas and strangler figs into the crater. More than half of the crater ground is covered by swamps. The Ngurdoto Crater is famous for its animals.

We will drive to the crater to meet our ranger. We descent down the slopes onto the crater floor on foot where we find a unique jungle landscape. Leaving the rain forest wide open meadows arrange themselves in front of our eyes. We come across islands of huge papyrus in lakes hiding buffaloes and warthogs.

We provide a walking safari through Arusha National Park to the sparkling waters of the Tululusia waterfalls. We start our walking safari at the momella gate. Together with an armed ranger we go deeper and deeper into this mountain rain forest. We pass a clearing with buffaloes. Further on you may see colobus monkeys in the branches of the trees or little bushbucks whizzing through the thicket. Reaching Tululusia waterfalls it's time for a rest.

Enjoy the refreshing water playing around your feet! After this relaxing break we return home. Exotic twittering birds accompany our walk with their joyful singing. We arrive at momella gate again where we will be picked up by a Hatari representative and return to the lodge.

Other lodges in Arusha

Rivertrees is a peaceful and relaxing place to stay, not far from Arusha. It can be added to either the beginning or end of a safari.

Onsea House is a small, family-run guesthouse on the outskirts of Arusha. The rooms are quite simple, but service and food here are good.

Arusha Coffee Lodge is a neat, comfortable lodge, right on the highway, close to Arusha Airport. It is a convenient stop for a night.

Machweo is a nine-room lodge on the outskirts of Arusha. The rooms are large and stylish, and the service and food here are very good.

Kia Lodge is a simple, country-club-style lodge situated close to the buildings and runway of Kilimanjaro International Airport.

Airport Planet Lodge is a new hotel located close to Kilimanjaro Airport, making it ideal for a short stay before or after your international flight.

Katambuga House is a smart hotel on the western side of Arusha, an hour’s drive from Kilimanjaro Airport and 10 minutes from Arusha Airport.

Legendary Lodge is boutique luxury lodge, perfect for an indulgent overnight stay at the start or end of your safari.

Twiga is a Tudor-style lodge with welcoming owners, country-style gardens and a viewing platform looking onto Arusha National Park.

The Serena Arusha Hotel is a comfortable hotel close to Lake Duluti. It makes a good stopover before or after a safari in northern Tanzania.