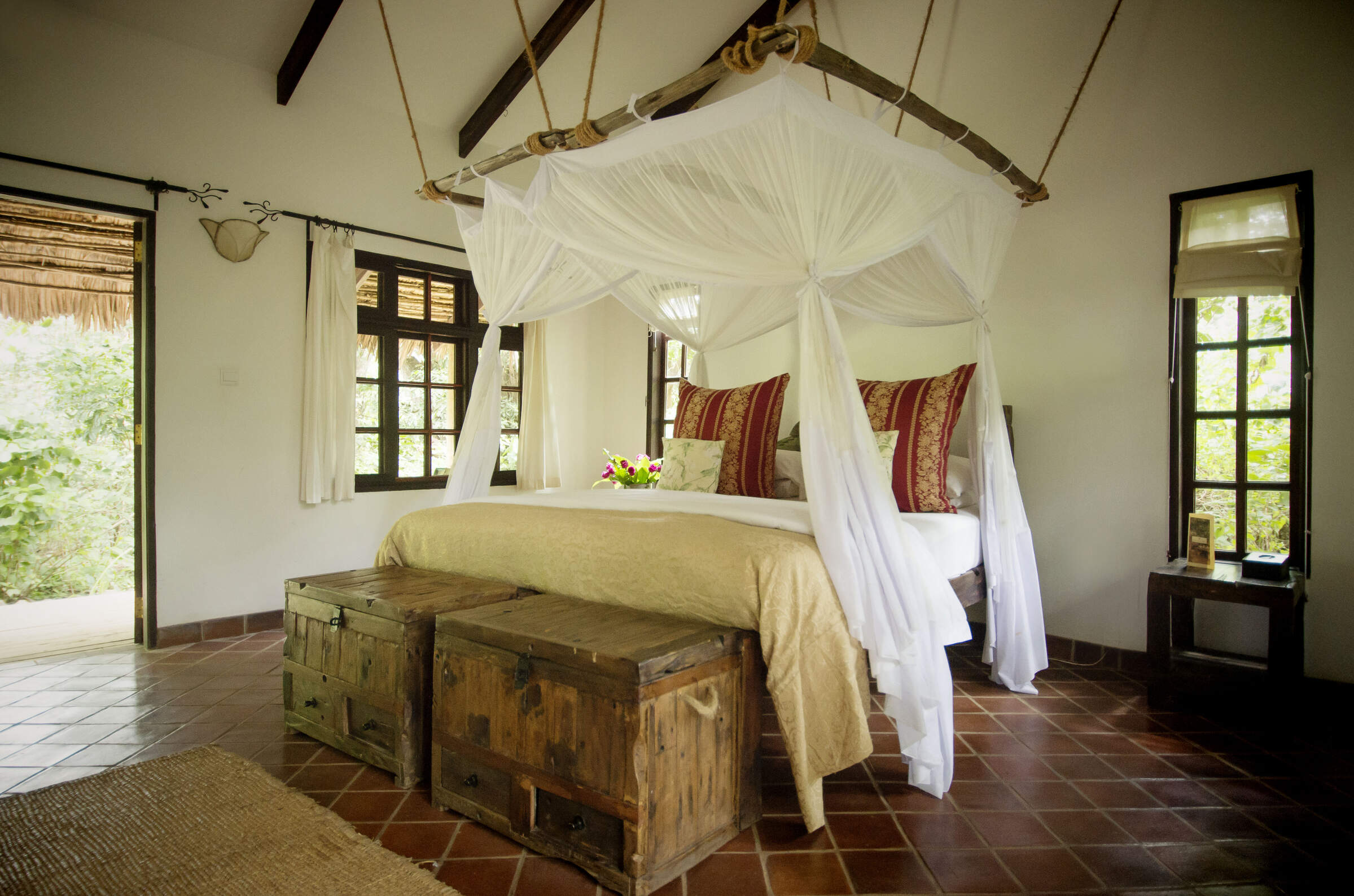 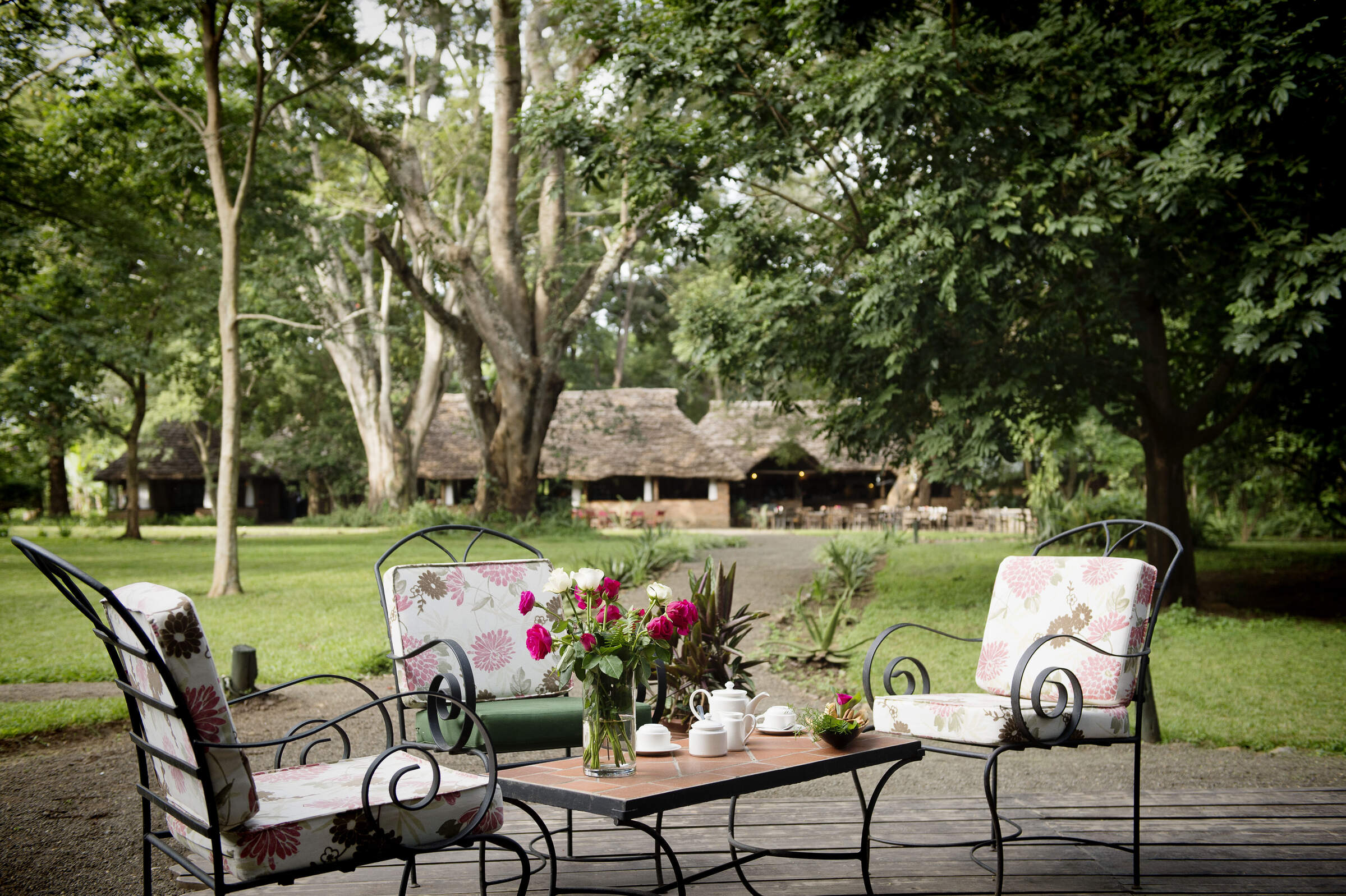 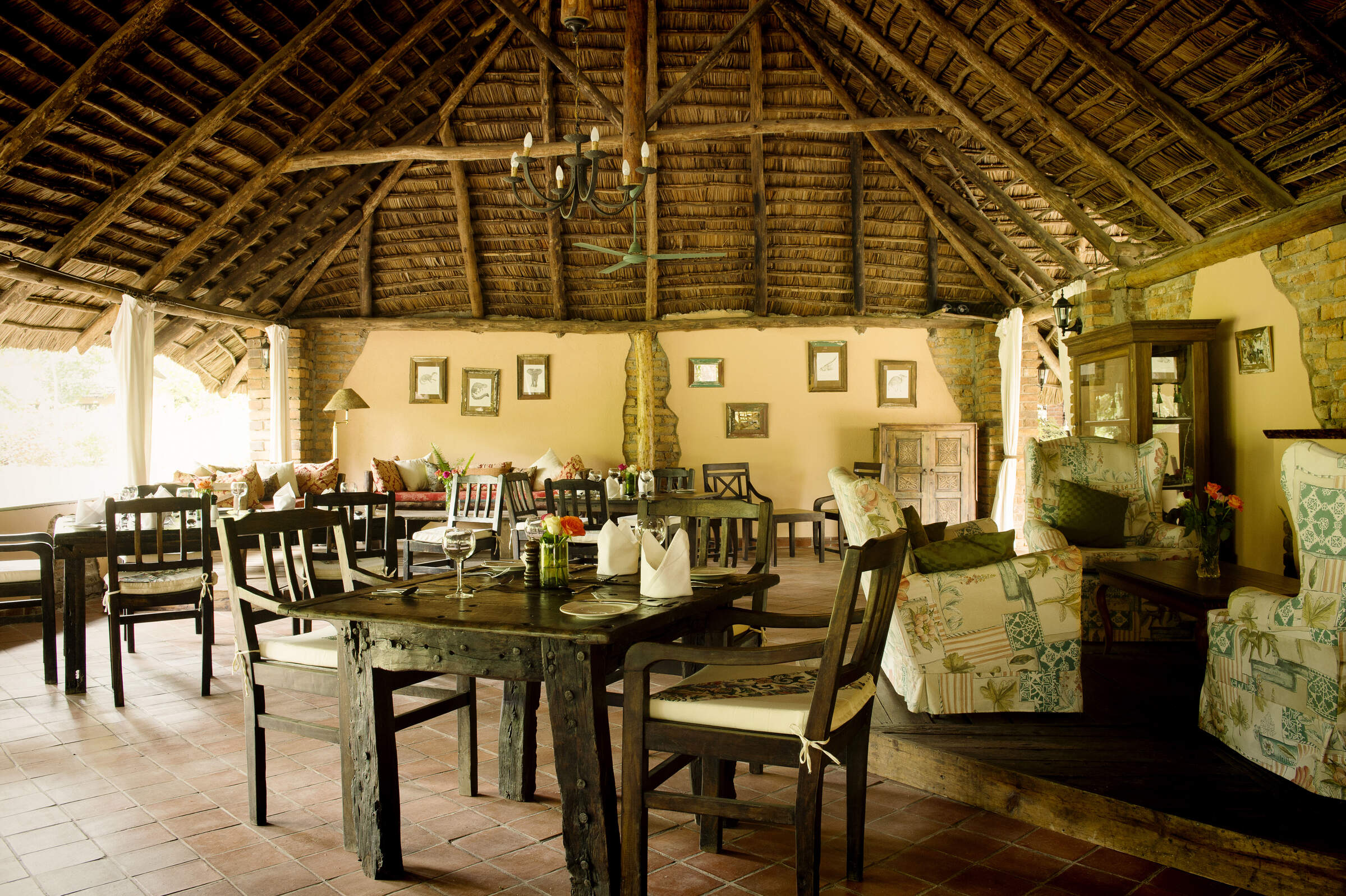 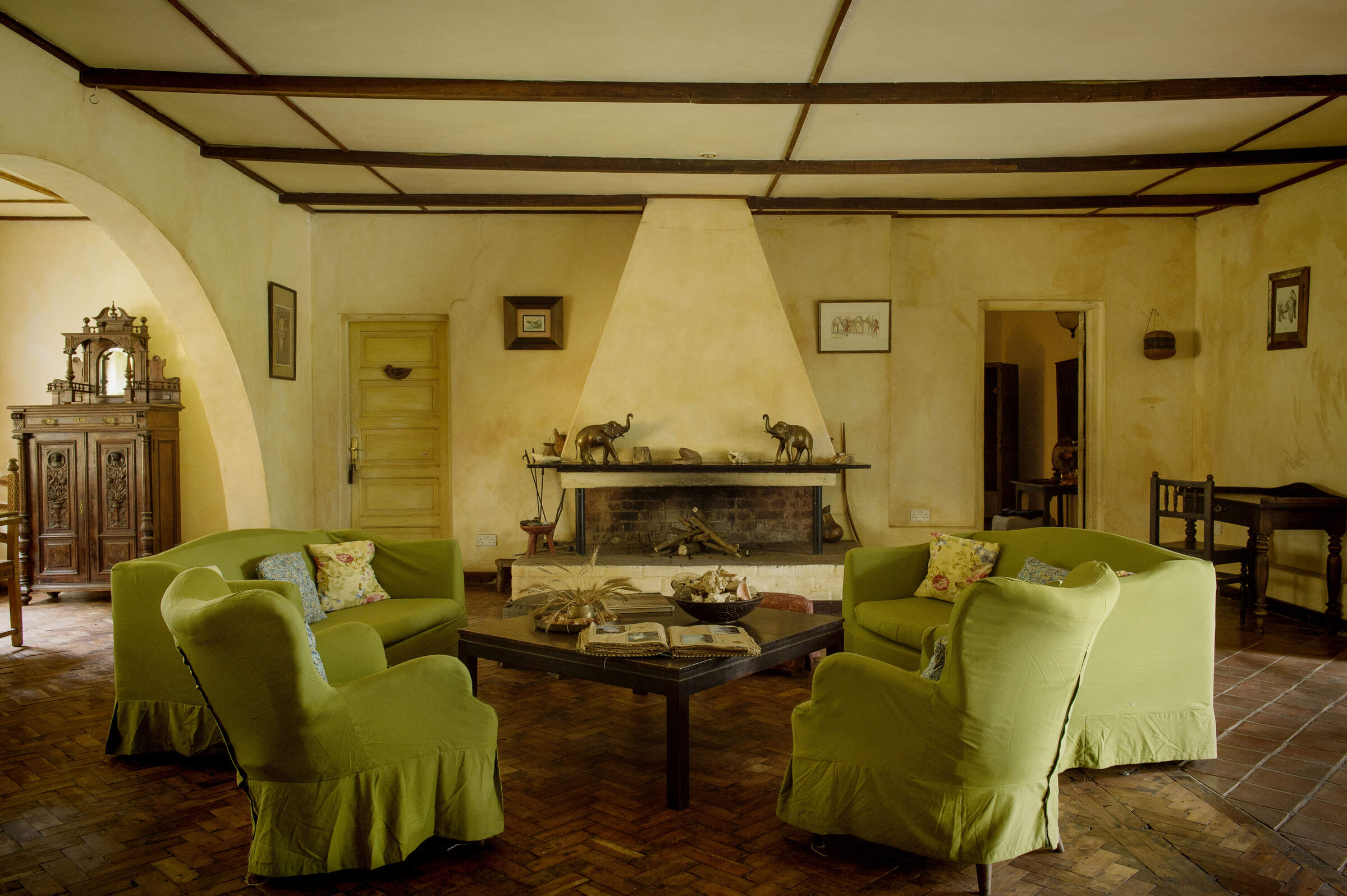 40 independent comments and wildlife information from our travellers who have visited Rivertrees Country Inn and kindly agreed to share their thoughts. They do not necessarily represent the views of Expert Africa

1 night Arrived 24 Feb 2020
"We only had a short evening at Rivertrees before flying out from KIA, but it was the same lovely place we remembered from a few years ago.

2 nights Arrived 7 Sep 2019
"Good location near to Arusha National Park, with grounds. Service was quite good and the food was tasty and generous. The packed lunches were delicious.

The rooms were clean and spacious and nets over beds. Great bathroom with a huge bath!

1 night Arrived 2 Sep 2019
"Expert Africa had informed all of our lodges/camps that my sister in law had a gluten intolerance, and on arrival at Rivertrees we reminded them of this. Reception promised to speak with the chef. At dinner that night our first course was delivered, and it was clear that no allowance had been made for the gluten intolerance, and no other alternative was offered. We asked the waiter to ensure that for the main course a suitable meal would be provided. It was not, but the waiter attempted to point out which parts of the meal could be eaten. No alternative was offered despite our requests. Ditto third course. At the end of the meal I made it firmly but politely clear that we were not satisfied, at which point the waiter asked us not to forget his gratuity. I thought I might have misheard him so I said "Excuse me?", and he replied, "People often forget my gratuity".

In the morning I got up half an hour before breakfast started, to speak with the kitchen to ensure that a suitable breakfast would be provided, reminding them of what had happened the previous evening. The response was very offhand. When we arrived for breakfast we were told that it was a buffet, and gluten free items were available, but these were not pointed out or explained. I had hoped that after the previous evening an attempt would have been made to rectify the situation, but sadly not." See all these reviews: 8n in Tanzania; 4n in Zanzibar
Experience Report
Overall Rating:
Poor
Location:
Excellent
Service:
Poor
Rooms:
Excellent
Food:
Good
Facilities:
Good
Feedback Response
We were shocked to hear of this feedback for Rivertrees, as the lodge normally delivers a very enjoyable stay for the many numbers of our travellers who stay there. The manager of Rivertrees was upset and frustrated to hear of this experience, as she acknowledged that the dietary information was well received and she assured us that the lodge's restaurant can absolutely cater for a range of dietary requests, including gluten free. Unfortunately in this case it was very poorly handled by the kitchen and the waiter involved, and not to the standards expected by the lodge. The manager completely understands the disappointment here and has apologised unreservedly to these clients, as well as refunded the meals for the whole party. The lodge is reinforcing its procedures for handling guests' dietary requirements with the kitchen and service team to ensure this does not happen again, and the issue of tipping with this particular waiter has been resolved. We are confident that Rivertrees has taken appropriate steps to ensure a more positive experience for future guests.

2 nights Arrived 28 Jul 2019
"Rivertrees is a lovely lodge with expansive grounds that attract monkeys. Simply wandering around the grounds to see monkeys was fun. We daytripped into Arusha to see the sights. The Art Museum and crafts cente are fabulous. The rest of Arusha not so much. We also booked a one day grame drive in Arusha National Park that was excellent, quite a good variety of animals and terrain, including a canoe paddle on a lake with some hippos." See all these reviews: 12n in Tanzania; 2n in Rwanda
Experience Report
Overall Rating:
Excellent
Location:
Excellent
Service:
Excellent
Activities:
Excellent
Rooms:
Excellent
Food:
Excellent
Facilities:
Excellent
Dalys
London

1 night Arrived 23 Jun 2019
"We only stayed one night but everything was very pleasant. The dining room is lovely.

The serene setting beside a river, the well-tended gardens, the attentive staff and the beautifully appointed rooms were a treat. While not actually close to any particular points of interest. for travellers arriving at Kilimanjaro Airport en route to the national parks, it is as good a place as any from which to launch your expeditions.

3 nights Arrived 23 Feb 2019
"In hindsight, we would have preferred a hotel that was closer to Arusha.

The setting of Rivertrees was lovely and it was good to walk through the grounds.

We were there for 3 days, and it was a bit isolated and the drive into Arusha seemed long." See all these reviews: 15n in Tanzania
Experience Report
Overall Rating:
Excellent
Location:
Poor
Service:
Excellent
Rooms:
Good
Food:
Good
Facilities:
Good
Showing 1-10 of 40
1234
Next
86%
40 reviews of Rivertrees Country Inn by travellers since August 2007
Overall rating by our travellers
17
19
3
1
0
Filter by month

Other lodges in Arusha

Onsea House is a small, family-run guesthouse on the outskirts of Arusha. The rooms are quite simple, but service and food here are good.

Arusha Coffee Lodge is a neat, comfortable lodge, right on the highway, close to Arusha Airport. It is a convenient stop for a night.

Machweo is a nine-room lodge on the outskirts of Arusha. The rooms are large and stylish, and the service and food here are very good.

Kia Lodge is a simple, country-club-style lodge situated close to the buildings and runway of Kilimanjaro International Airport.

Airport Planet Lodge is a new hotel located close to Kilimanjaro Airport, making it ideal for a short stay before or after your international flight.

Hatari Lodge is designed around a bright, fun 1960s retro theme and is a relatively high-quality base to explore Arusha National Park.

Katambuga House is a smart hotel on the western side of Arusha, an hour’s drive from Kilimanjaro Airport and 10 minutes from Arusha Airport.

Legendary Lodge is boutique luxury lodge, perfect for an indulgent overnight stay at the start or end of your safari.

Twiga is a Tudor-style lodge with welcoming owners, country-style gardens and a viewing platform looking onto Arusha National Park.

The Serena Arusha Hotel is a comfortable hotel close to Lake Duluti. It makes a good stopover before or after a safari in northern Tanzania.