Mafia is a relatively unknown Island in the Indian Ocean.

The Island is the perfect place to relax...

...and great for snorkelling or learning to dive.

While Zanzibar is probably the most popular island in East Africa, the small archipelago around Mafia Island, just 160km to its south, remains virtually unknown. Yet for simple ocean pleasures, Mafia has long been the connoisseur’s choice for genuinely laid-back, feet-in-the-sand island chilling.

The archipelago’s clutch of small, high-quality lodges – from fairytale treehouses to a world-class private villa; diving that ranks amongst the very best in the Indian Ocean, and relatively few visitors, make it the ideal destination for a low-key tropical retreat.

On arriving at Mafia's tiny airport, it is clear that the pace of life is slow here. Recently paved roads lead through the sleepy capital of Kilindoni, before giving way to farming and fishing villages, lush coconut plantations and dense forests of baobabs, mangos and cashews.

The coast is lined with tangled mangroves and a few golden bays, where traditional dhows and kayaks are launched into the turquoise waters. Beach lovers head out by boat to utterly idyllic sandbars, where surrounded by gently lapping ocean waves, they can picnic and swim from pristine, powder-white crescents of sand.

For it is the ocean that is Mafia’s greatest attraction. In 1995, the Mafia Island Marine Park was formed to protect the archipelago's reefs, for this is one of Tanzania's best areas for diving. From rainbow-coloured clownfish to octopus, rays and the odd gigantic grouper to sharks and dolphins in deeper waters, there is always something dramatic to see. Within Chole Bay, the shallow reefs are perfect for snorkelling or learning to dive, whilst outside the Bay, a long coral wall attracts experienced divers to admire its giant table corals and huge stands of blue-tipped staghorn corals.

The islands’ blossoming marine conservation projects are equally impressive. Watching Juani’s turtle hatchlings scuttle to the sea is heart-heartwarming, whilst sailing or swimming alongside the annual whaleshark migration is perhaps one of Africa’s greatest wildlife encounters. Mafia offers extraordinary escapism! 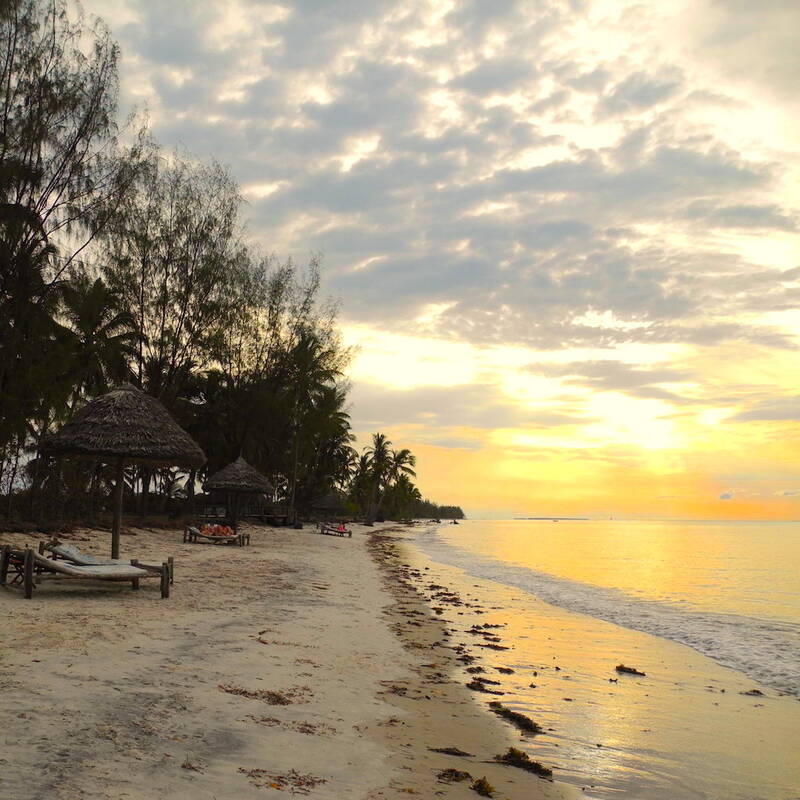 View all holidays to Mafia Island

Choices for where to stay in Mafia Island 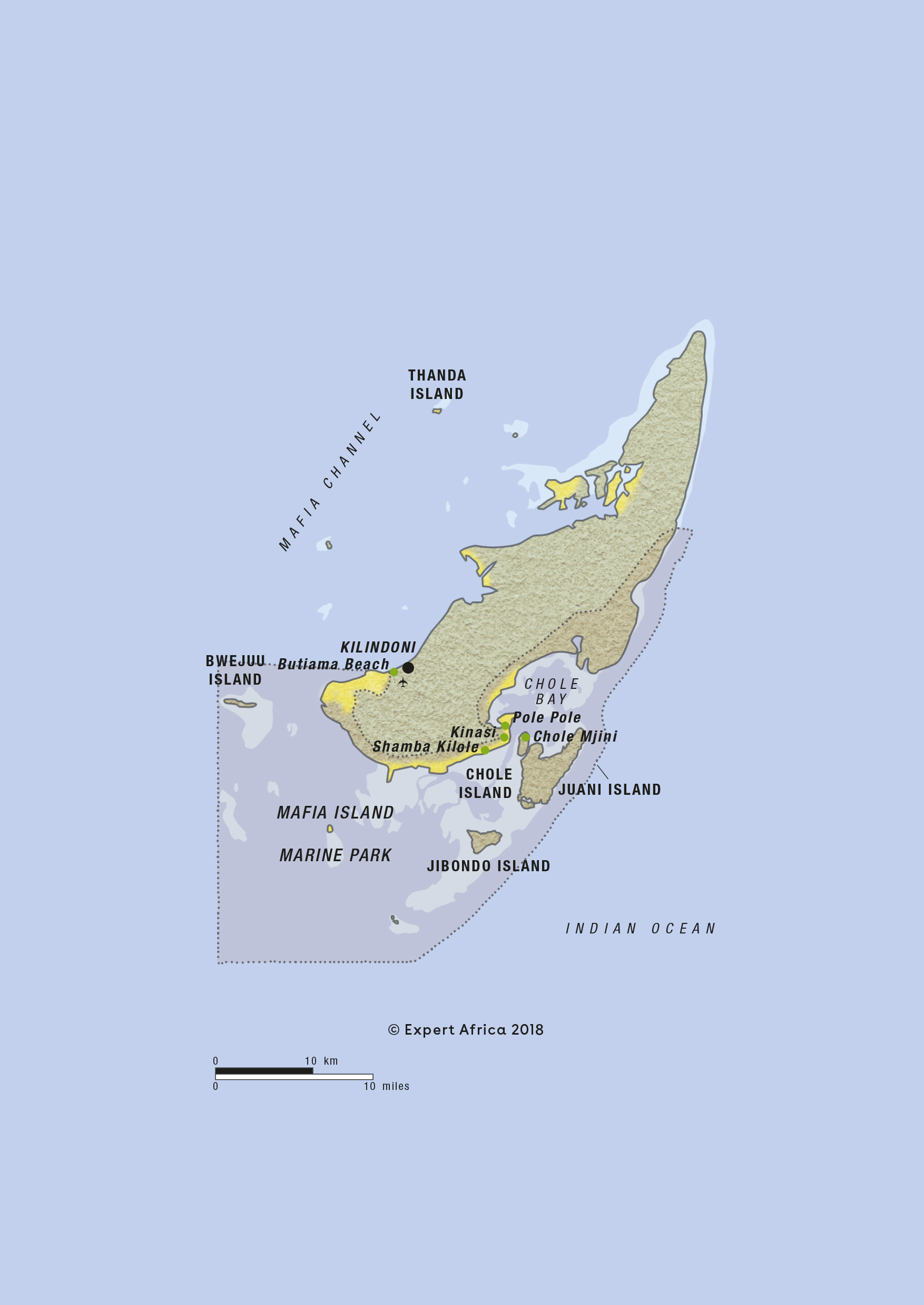 Most recent reviews of our beach holidays to Mafia Island

Click below to browse all 131 reviews from Mafia Island.
All from our travellers; all are in full & unedited.

"I wish I could book Expert Africa for all of my trips. …" Read Ms C.’s full holiday review

"Very happy with the services of Expert Africa and gladly book with them again. …" Read M&A’s full holiday review

"We would not hesitate to use Expert Africa again, in fact we would insist on it. …" Read T & S’s full holiday review

"The trip of our dreams "

Mr and Mrs G from Bucks

When to go to Mafia Island

Our month by month guide: What it's like to visit Mafia Island in Tanzania

Useful information and advice to help you prepare for a trip including Mafia Island.