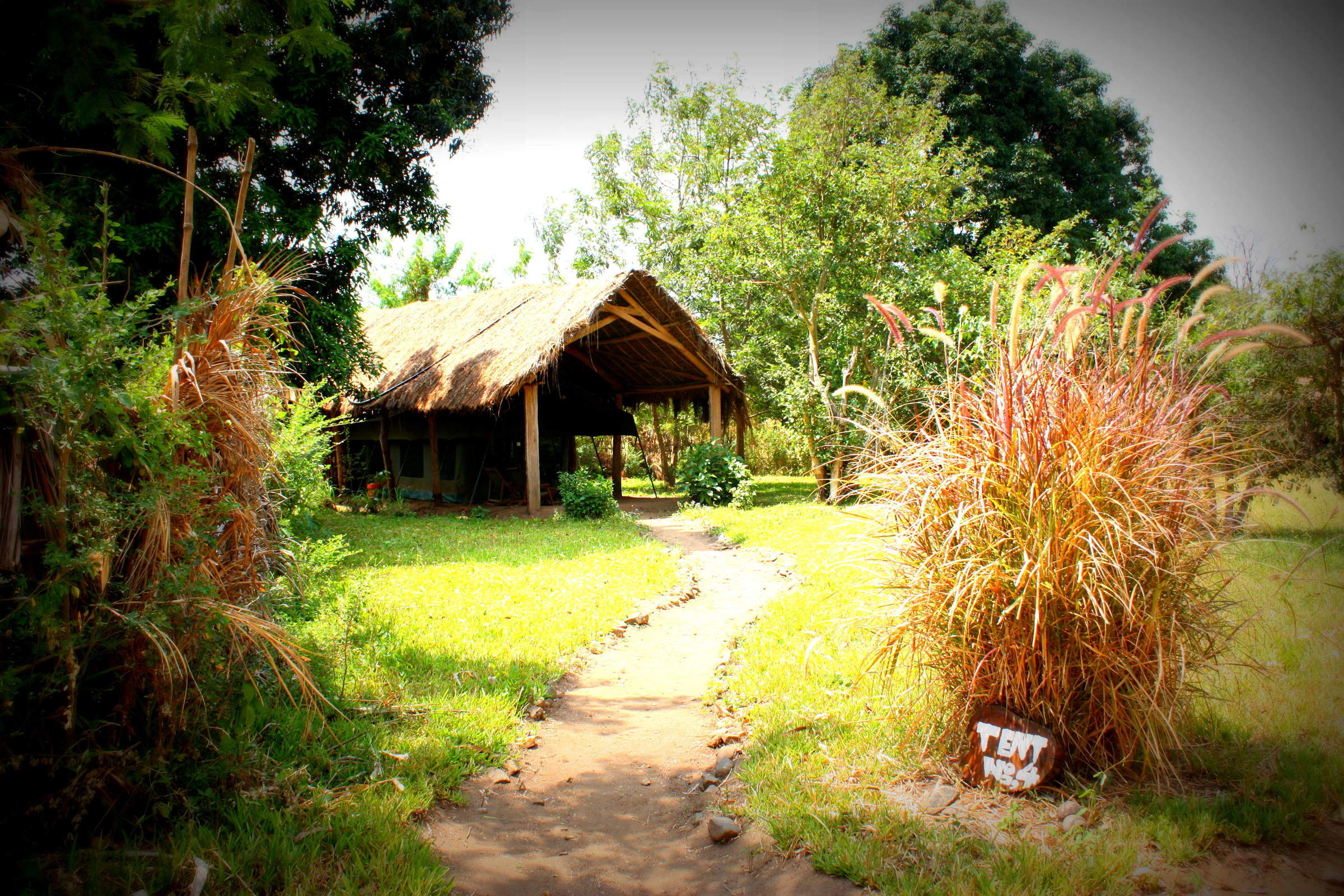 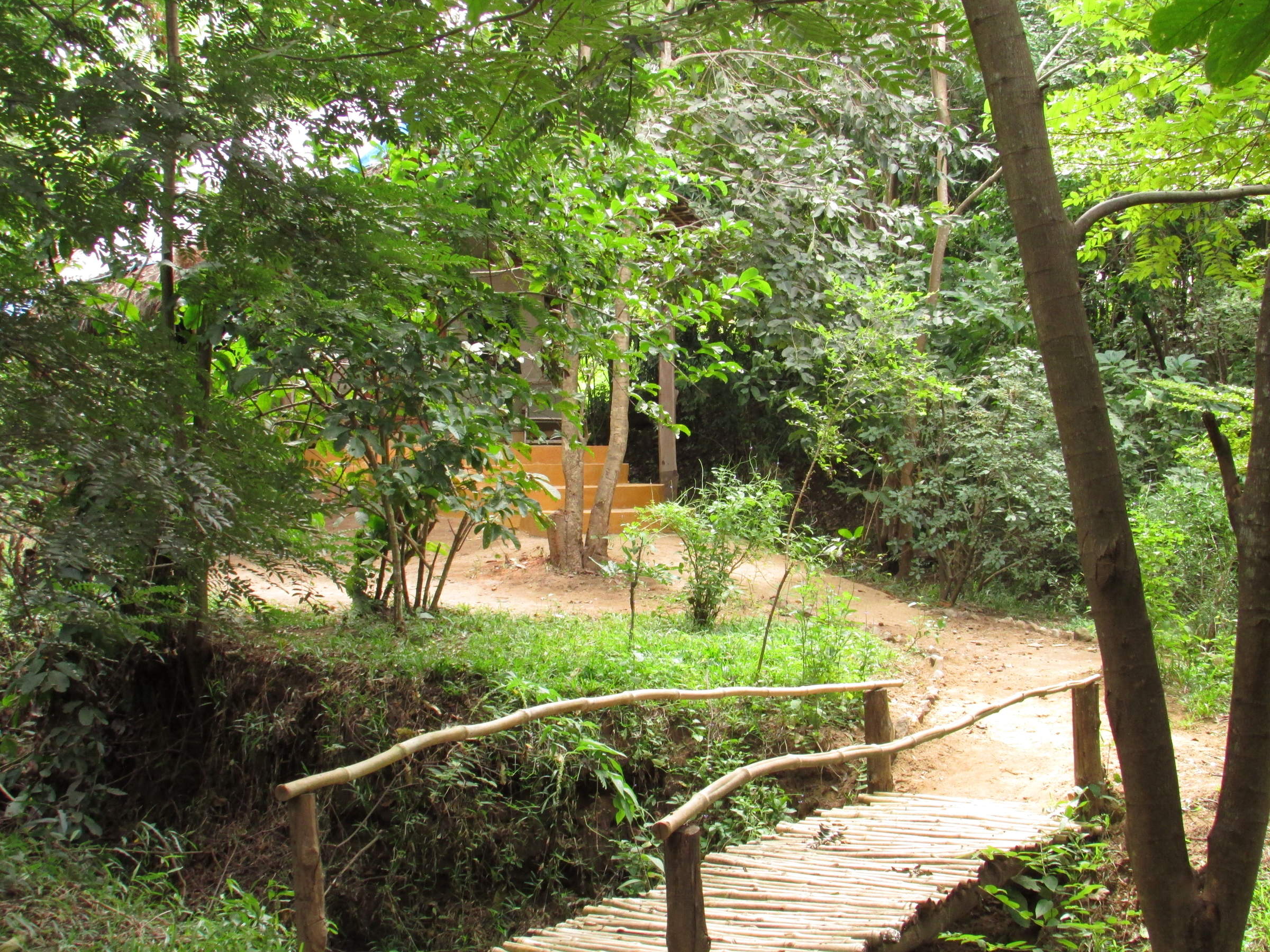 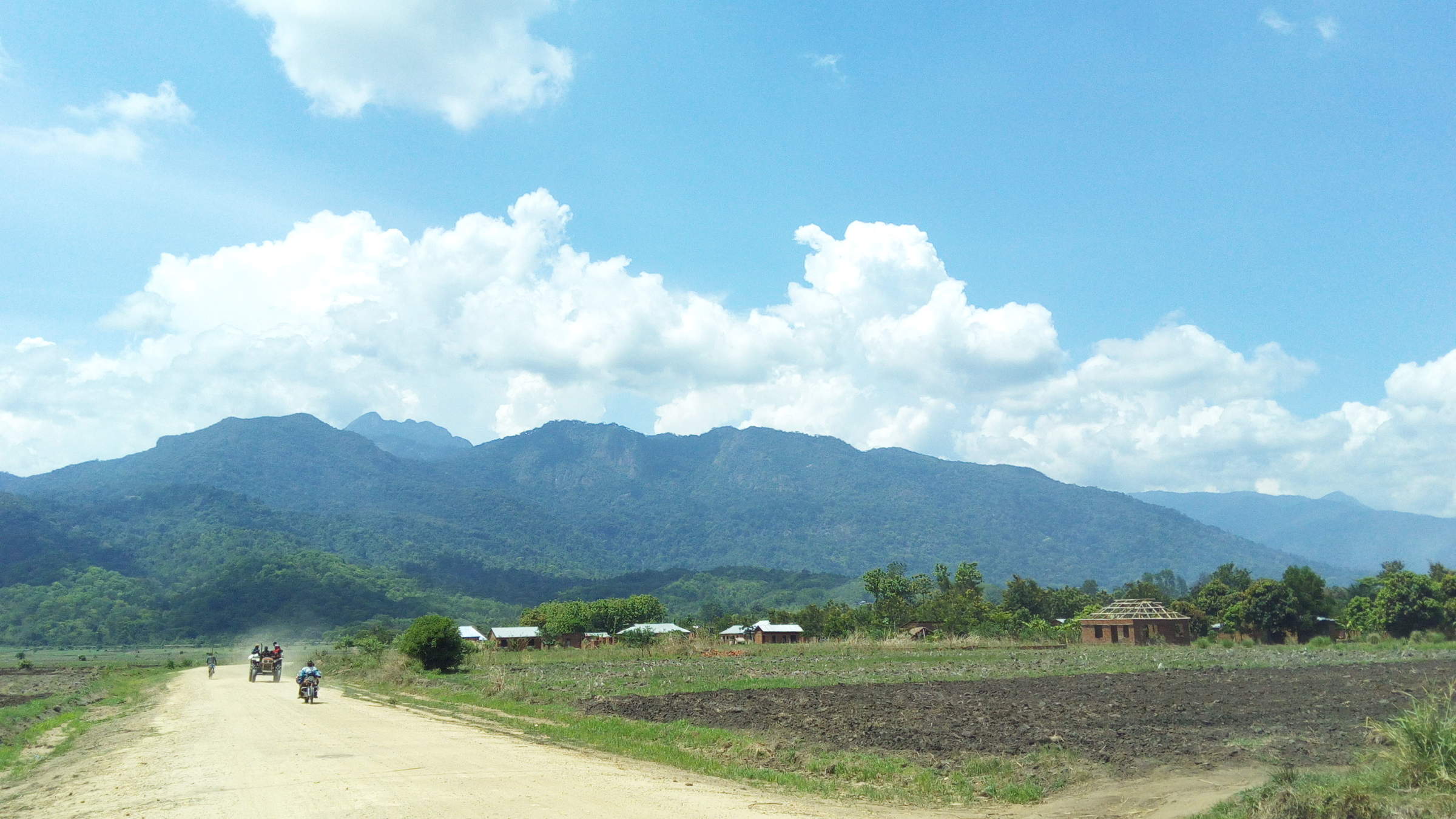 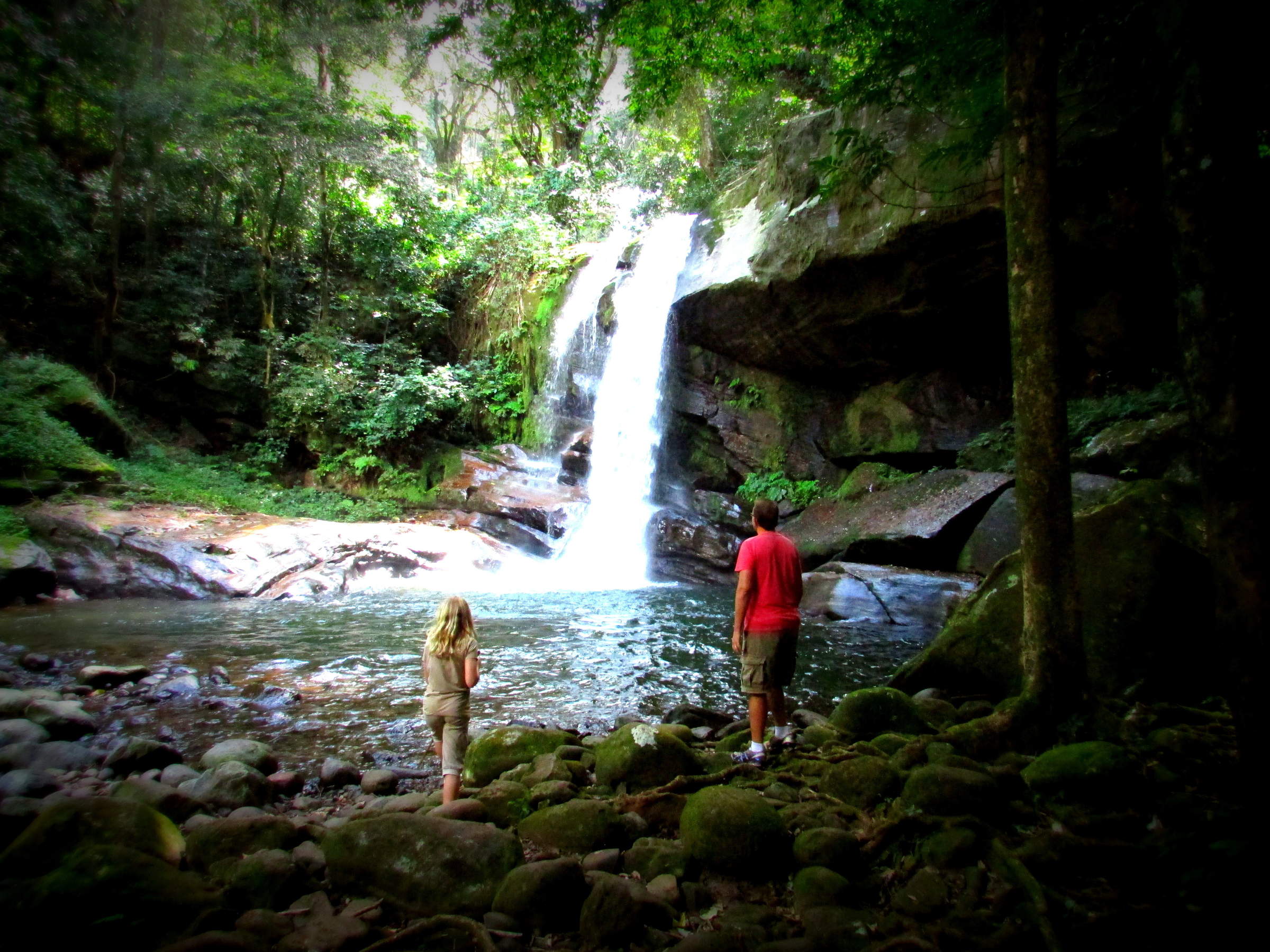 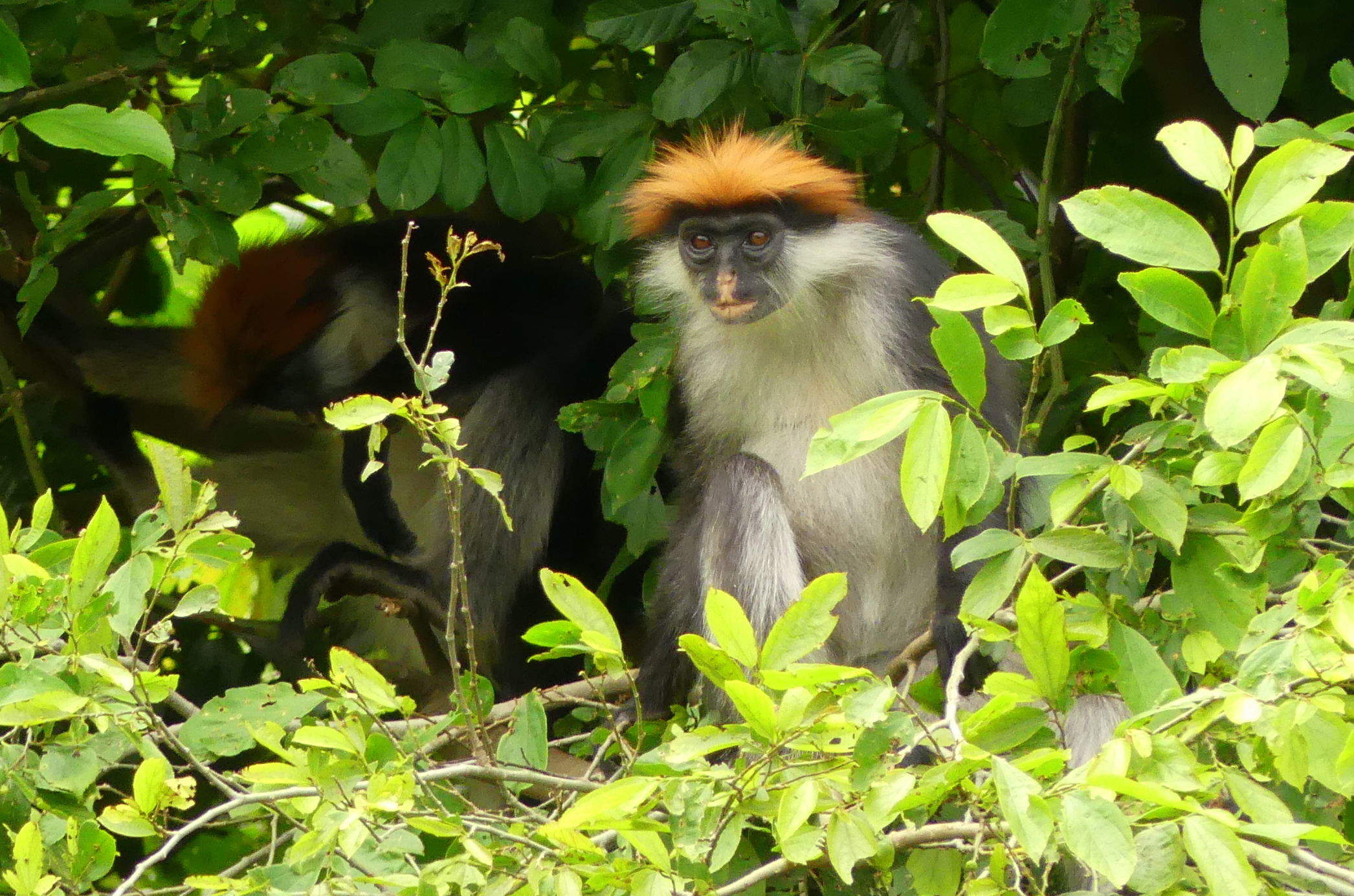 5 independent comments and wildlife information from our travellers who have visited Udzungwa Forest Camp and kindly agreed to share their thoughts. They do not necessarily represent the views of Expert Africa

"Great hiking and birding in the Udzungwas"

3 nights Arrived 9 Feb 2020
"A very pleasant surprise,much better than expected. Tents were airy and spacious. Food was fantastic, by far the best of all four camps we visited. A very creative chef there, delicious sauces especially. Enjoyed sitting in the garden and watching the Colobus monkeys and Hornbills.

We did the hike up to the Sanjay Falls. Exhausting, but so much worth it. Views from up there were a highlight. Saw a Green Mamba, and to our delight also had really good sightings of the Sanjay Created Mangabeys. There's a fantastic birding guide in camp (Manuel, also the head waiter), and he helped us find a lot of specialties. He was with us for the hike and almost for another full day, and they charged a ridiculously low amount for that (about USD 60 IIRC), so we made up for that with tipping him adequate for his fabulous work.

"One night at Udzungwa"

1 night Arrived 7 Feb 2015
"We enjoyed our one night at Udzungwa although we had underestimated some distances and time taken to travel on some rough roads. Our own fault but it did mean we weren't there for very long.

We were hoping to see colobus monkeys and the Honda Honda hornbills but we only managed brief glimpses of both. The tents were comfortable and looked fairly new. The outside shower rooms were good except there was a problem with the water supply when we were there and only cold water for the morning shower!

1 night Arrived 18 Dec 2014
"I was going to give an 'Average' rating to the Camp until I remembered the issue with the bathrooms and privacy, as it is unfortunately it's 'Poor'.

It didn't start off well, the Manager of Hondo Hondo (another name for Udzungwa Forest Tented Camp) forgot to arrange my transfer pick up in the morning so I waited 50 minutes in the heat outside Mikumi National Park. I asked the driver the reason for the delay, he said he had been only told of the pick up that morning and drove as quickly as he could (made sense, since he lives in Mikumi which is approximately 40 minutes away). The Manager said it was due to traffic... Um... Nope.

Then it got worse, I got to the Camp and was showed to my tent. It's one of those heavy canvass ones with small windows on each side, no windows in the back except heavy canvass and some small windows at the front. As a result, there was no breeze, it was uncomfortably hot at night and the mattress and the pillows stank of dampness from sweaty guests and humidity. Nice...

There was also a wiring issue and the lights didn't go off at night fully but remained slightly illuminated. As there was little privacy in the way the tents were arranged and I had to keep the window flaps open, I felt very exposed since anyone could see inside the tent. Not a great experience. When I mentioned this to the manager, he just shrugged his shoulders and smiled saying they were working on it.

I think the bathrooms were meant to be a good addition but again there was no privacy as they weren't fully attached to the tent, there was a gap on either side where the wooden structure of the bathroom was supposed to meet the tent. The result was that people could see in, especially with the light on at night. The bathroom 'wall' consisted of thin pieces of wood tied together but these had gaps between them so with the light on, you had no privacy.

As the lights couldn't be switched off in the tent fully and there were too many gaps in the bathroom, I had to switch the light off there while showering and dressing in the pitch dark so that people couldn't see me.

The food was decent though I think USD 12 for a big ball of spaghetti bolognese is too much, especially when it's mainly pasta.

The activity list was extensive though one with a guided walk through a forest with elephants and buffalo without an armed ranger I deemed too dangerous and opted to make it a cycle trip instead.

Apparently this place is owned by two couples that live in Dar es Salaam. The neglect of the place from a Management point of view is obvious. I would never recommend it to anyone.

I was told that Expert Africa had never stayed at this place so I understood when booking that they couldn't personally recommend it. I think it needs to come with a warning, perhaps suitable for independent camping when you have your own gear and just use the restaurant. The food is decent enough." See all these reviews: 8n in Tanzania
Experience Report
Overall Rating:
Poor
Location:
Excellent
Service:
Average
Activities:
Average
Rooms:
Poor
Food:
Good
Facilities:
Poor
Mr & Mrs SG
Cambridge

2 nights Arrived 6 Sep 2014
"We chose to come to Udzungwa because we wanted to see an area of Tanzania which was going to be a bit different and we hoped to see some endemic birds and monkeys.

Unfortunately our vehicle was not at the airstrip when we arrived and we had to wait half an hour for it to arrive. They explained that it was due to delays at the entrance gate to Mikumi National Park. It was a 2 hour drive to Udzungwa Forest Tented Camp which might be rather long for some people, but I really enjoyed having the opportunity to see the villages and towns and the local life. You see none of this from the air! Our driver Isaac was a good and careful driver and pointed out anything of interest on the way. Most of the journey was on tarmac, but the rest was on dirt roads and a bit bumpy, but we didn't mind!

We had an afternoon walk in Magombero Forest led by the guide Emanuel together with the Magombero forest warden.

The next morning we hiked through Udzungwa forest up to the Sanje waterfall with the guide Emanuel together with an obligatory park guide. The camp is in a beautiful setting, but there is quite a lot of noise from the road and village. We could see black and white colobus and Udzungwa red colobus from the mess tent. The tent was comfortable and the food good." See all these reviews: 13n in Tanzania
Experience Report
Overall Rating:
Good
Location:
Good
Service:
Good
Activities:
Good
Rooms:
Good
Food:
Good
Facilities:
Good
Mr & Mrs D
Mansfield

"Excellent in every way."

3 nights Arrived 12 Nov 2013
"Every thing about Hondo Hondo was great. The food was the best of the trip. There was always someone around when you needed them. The setting is beautiful. The scenery travelling to, and from there to Selous, was lovely. The walks to the waterfalls,and round the shambas were a pleasure.

The only thing guests really need to know is that if you want to do the boat trip on the Kilombero river you need to have enough shillings, as you can't pay in dollars. With haggling, and depending how busy the fishermen are, this seems to range from 60,000-100,000TSh. luckily we had changed a bit of money at Nairobi airport, so could cover it." See all these reviews: 10n in Tanzania
Experience Report
Overall Rating:
Excellent
Location:
Excellent
Service:
Excellent
Activities:
Excellent
Rooms:
Excellent
Food:
Excellent
Facilities:
Excellent
Showing 1-5 of 5
80%
5 reviews of Udzungwa Forest Camp by travellers since August 2007
Overall rating by our travellers
2
2
0
1
0
Filter by month

Other lodges in Mikumi & Udzungwa Mountains

Stanley's Kopje is one of the best located camps in Mikumi National Park, and offers stunning views.

A 15-minute drive from the Mikumi National Park gate, Vuma Hills is in a peaceful location, high up in the hills overlooking the park.