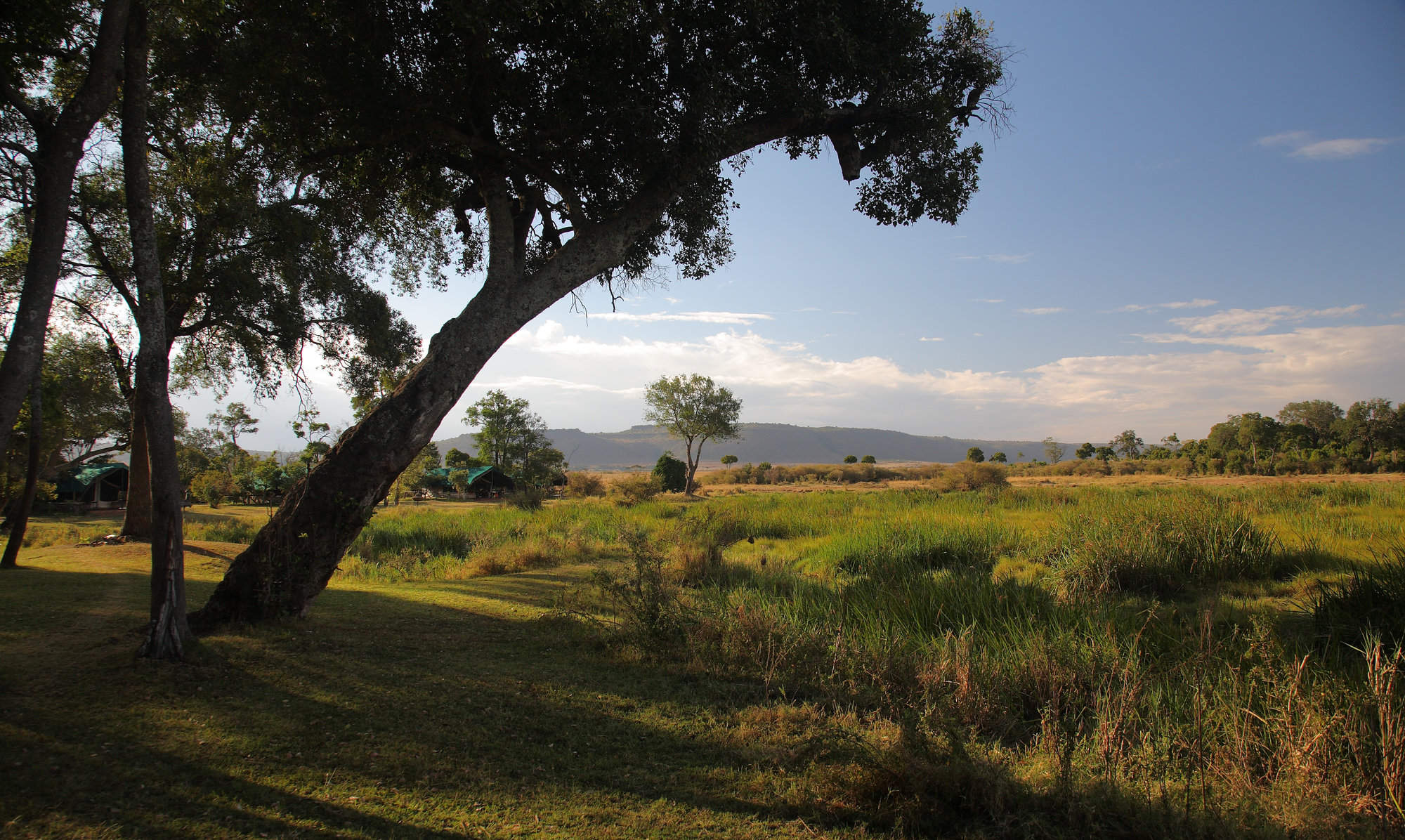 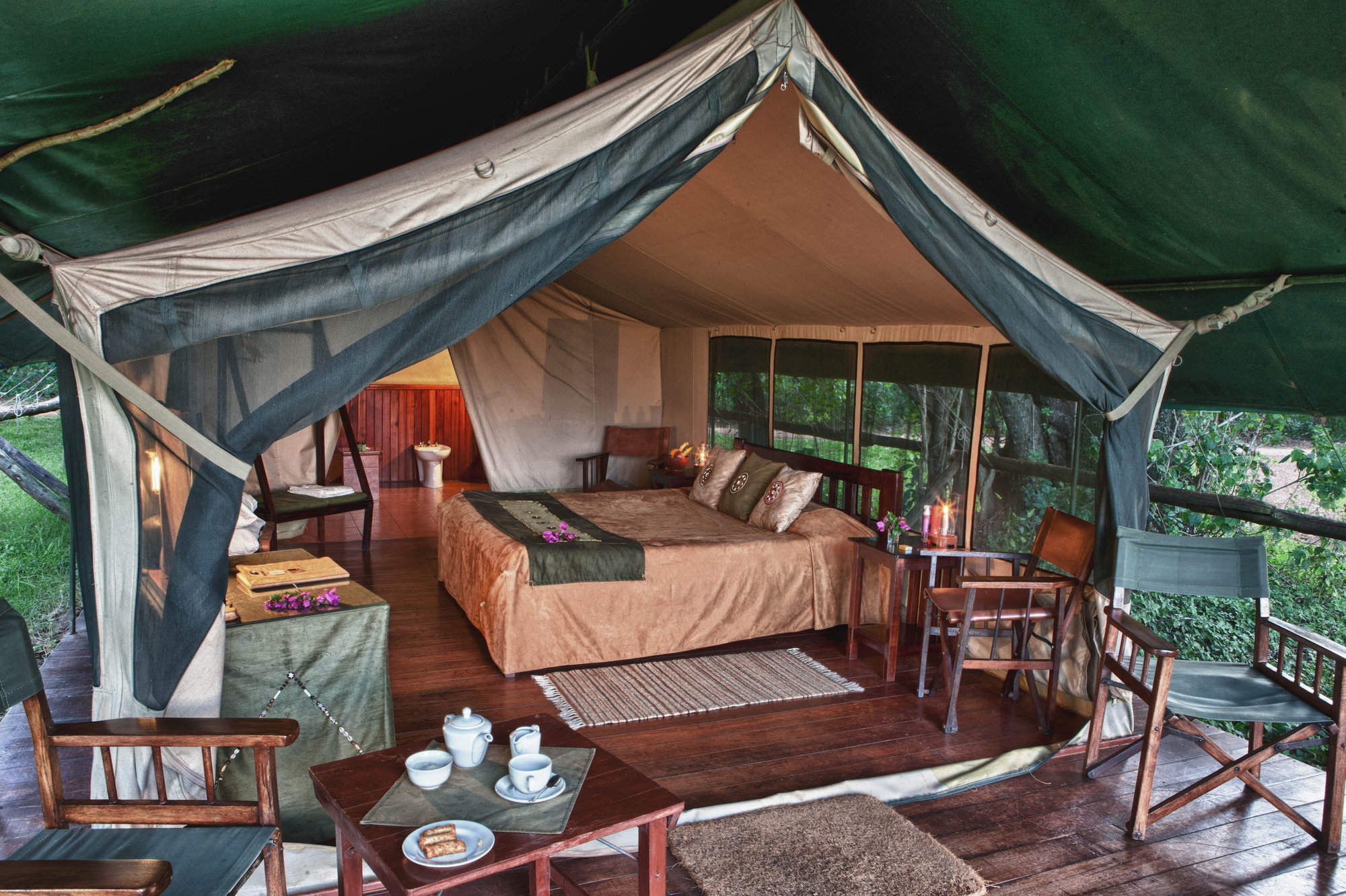 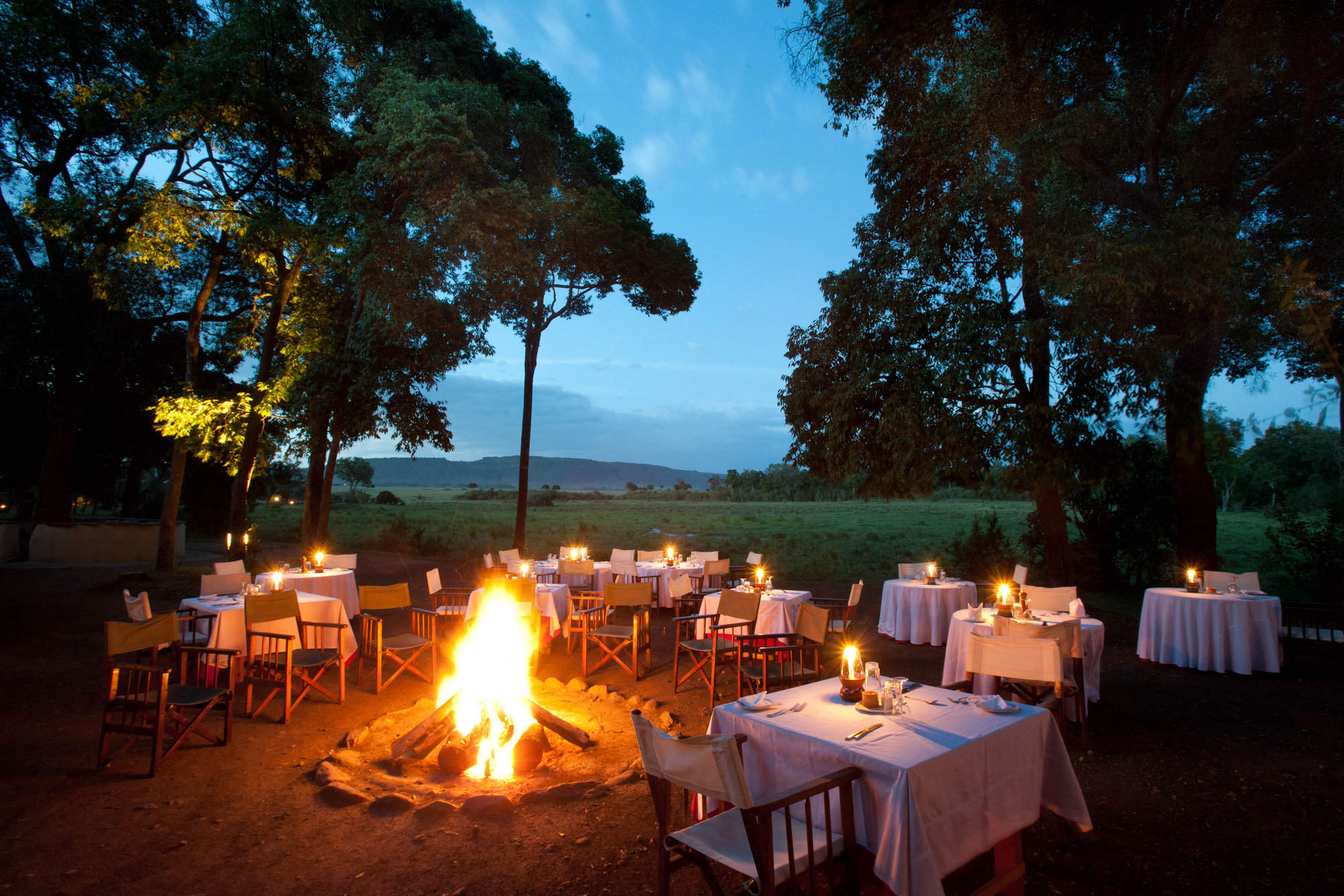 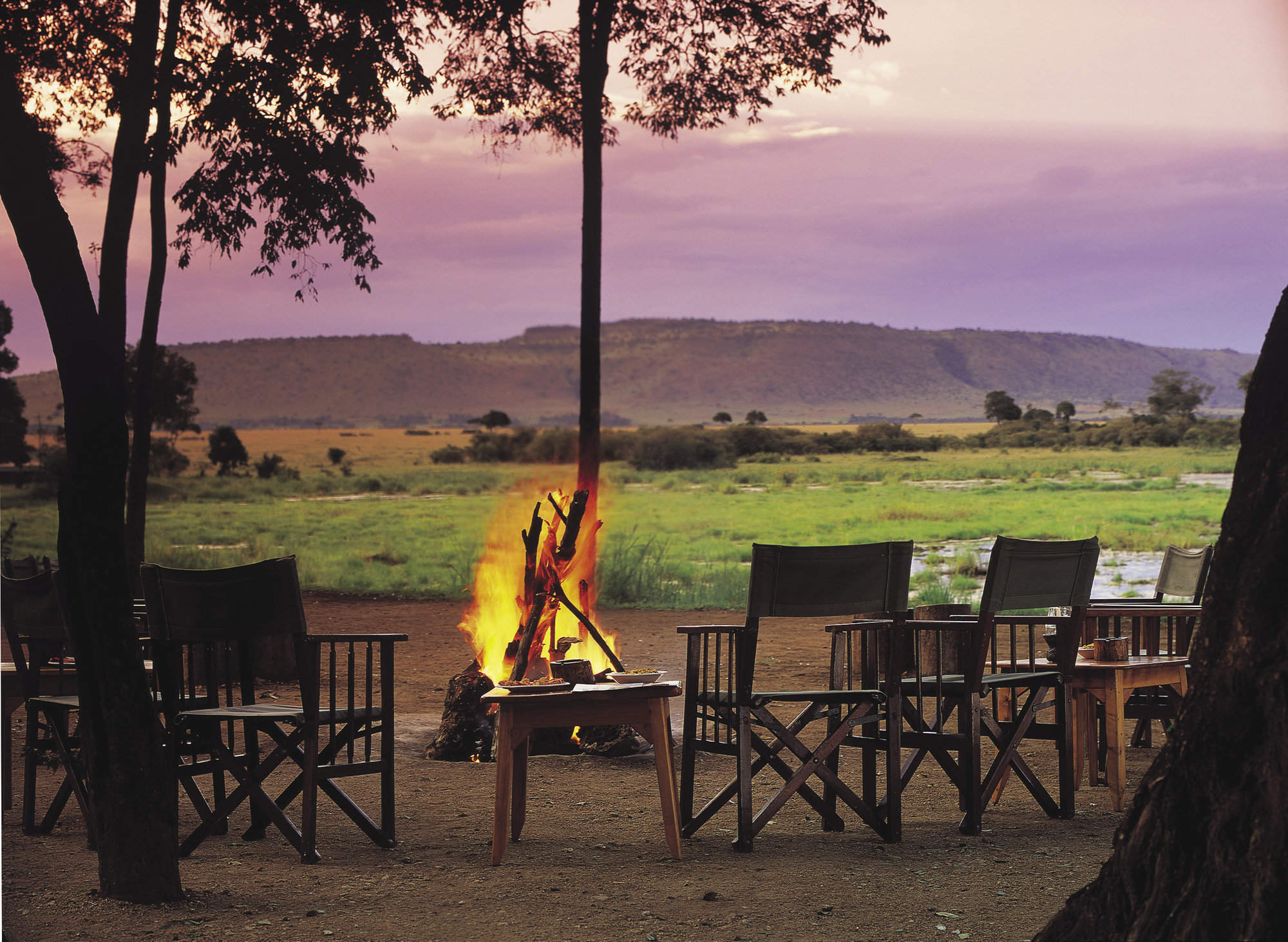 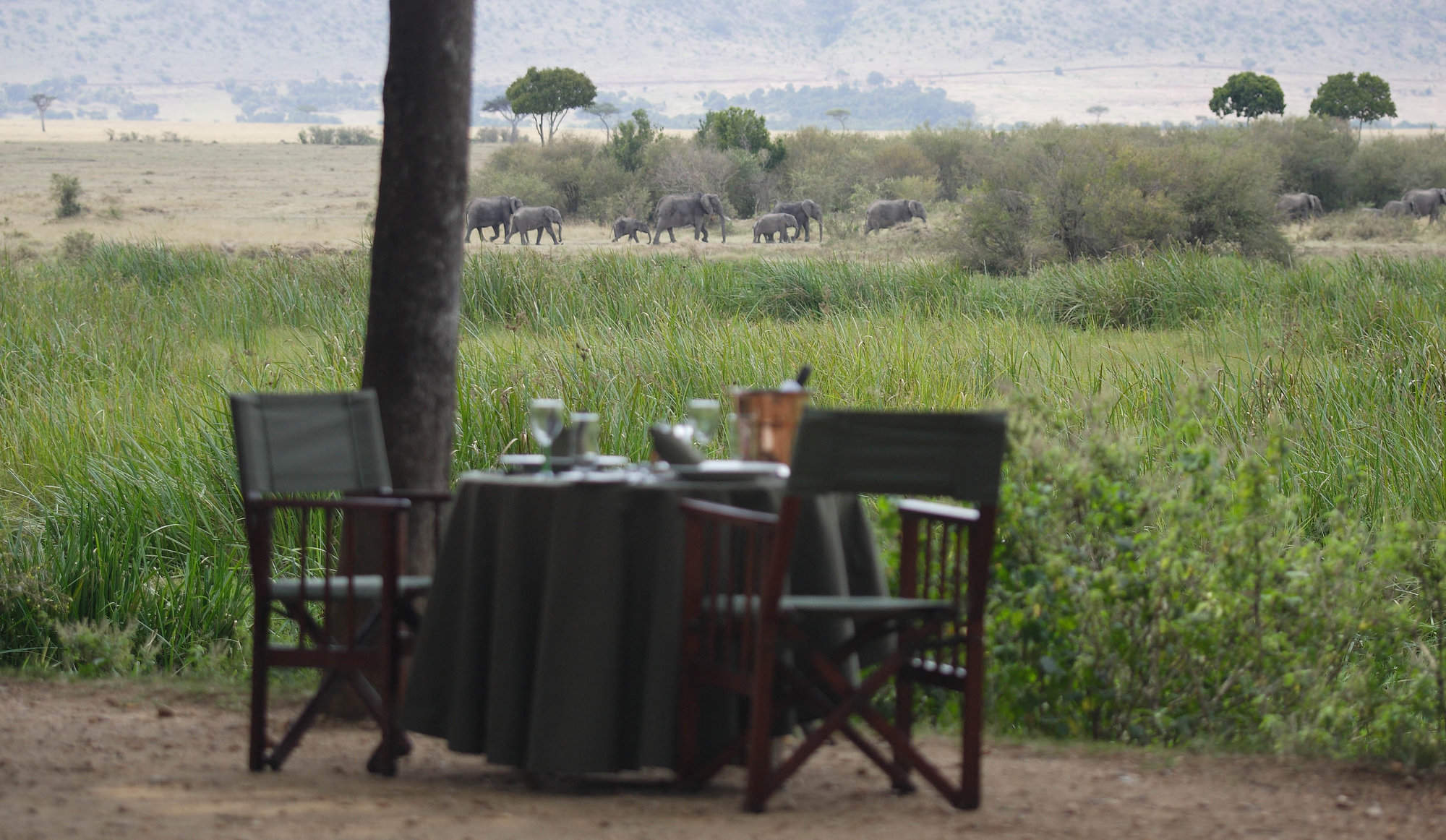 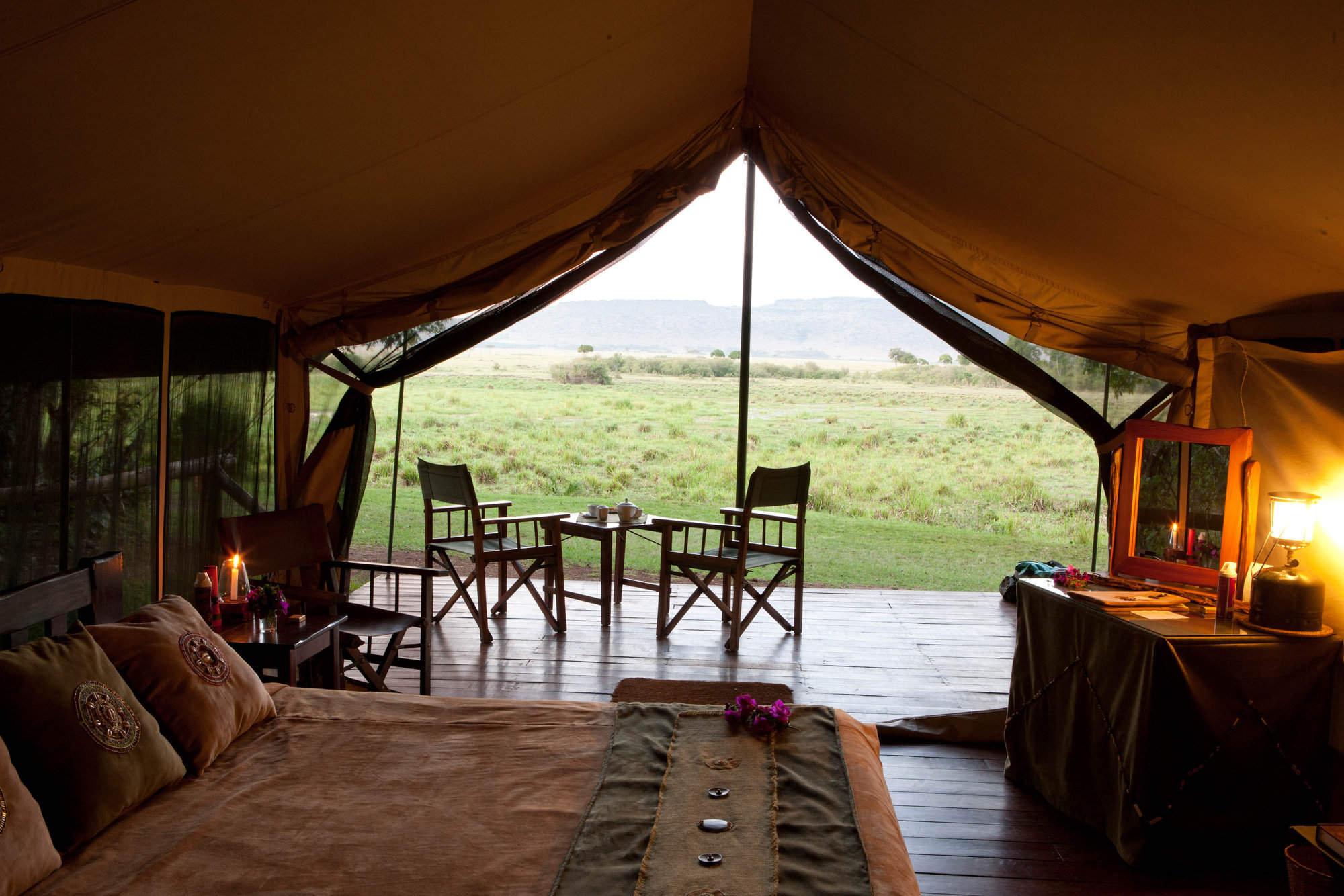 15 independent comments and wildlife information from our travellers who have visited Little Governors' and kindly agreed to share their thoughts. They do not necessarily represent the views of Expert Africa

4 nights Arrived 19 Jan 2016
"Our first visit to Little Governors Camp after many visits to main Governors. The camp is beautifully situated overlooking a marshy area (no noticeable effect on insect levels) with hippo, elephants, buffalo and game all visiting. There are also many birds on the area. The tents are standard Governors issue, comfortable and clean but not as luxurious as some camps. Public areas include a small lounge area, bar and dining tent. The camp has a really good ambience.

The staff were, without exception, wonderful: friendly, efficient, empathetic and charming.

Food is excellent. We had picnic breakfast which is plentiful and delicious especially breakfast muffins! Lunch is served outdoors overlooking the marsh if weather permits and consists of 3 courses, all difficult to resist.. Dinner is served under cover but the tent has removable sides if the weather is good.

Access to the Masai Mara reserve from Little Governors is by small boat across the Mara River. Unfortunately, our visit coincided with a prolonged rainy spell of weather and the raised river level made crossing difficult and eventually the crossing closed. We spent some time in the Mara Conservancy which was good; we saw lions and rhino with a calf amongst other things. However it could not offer a realistic chance to see leopard or cheetah. Without our prompting the manager arranged for us and our guide to transfer to Il Moran on the other side of the river without extra cost to us. This demonstrated the sensitivity to our needs of the camp manager and we are very grateful to him. Our time spent at Il Moran was equally superb.

Our guide was excellent, amongst the best we have had over many visits to Kenya. He had a thorough knowledge of the wildlife to be seen and understood our needs well. He was also a safe and considerate driver in the difficult conditions.

4 nights Arrived 10 Dec 2015
"We had previously enjoyed a stay at Little Governors about 6 years ago and this 2nd visit was just as good. We were even given a complimentary bottle of wine because we were returning guests. The camp was much as we remembered it but the tents had been refurbished and it was nice to have 24 hour electricity. (On our previous visit there hadn't been electricity in the tents and the source of light then was kerosene lamps. We were given our requested tent no. 17 which is at the very end. It was a nice quiet situation but not the best place to be when it was raining heavily and it was time to go and eat! The manager, George, who had not been in residence on our previous visit, was very welcoming and spent quite a lot of time chatting with us. We were very well looked after by all of the staff at Little Governors and we thought that the food was very good.

We had the first couple of game drives on our own and then shared the vehicle and guide with another couple. We had some very good sightings of lion and cheetah and lots of other game and birds. This included; rhino, giraffe and some big herds of both buffalo and elephant.

It had bee very wet in the Mara and the tracks were very muddy and boggy but the driver and vehicle coped very well. While we were there more rain, (which only affected us on one game drive), caused the river to rise dramatically. Consequently we had to do some of our game drives in the Mara Triangle, rather than the Musiara Sector because of concerns about the safety of using the boat to cross the river when it was so high and fast flowing. We still had good bird and animal sightings on the 'Triangle' side but the disadvantage is that there is no 'off road' driving, so in some instances we couldn't get as close as we would have liked.

3 nights Arrived 28 Aug 2015
"We had a marvelous time at Little Governors. The location is incredible with excellent game viewing from the property itself.

During our four days we saw buffalo, wildebeest, warthogs, hippos and baboons from camp. On our last night a herd of elephants and a hippo made way into camp which was so exciting. The LG staff did an excellent job ensuring our safety as the elephants enjoyed the marsh near our tent. We also loved watching the resident warthogs graze throughout camp.

In keeping with our overall experience in Kenya, everything at Little Governors—the service, food, game drives, tent accommodation and facilities—was outstanding. We were greeted with smiles from George, camp manager, and staff at all times. Ngei, our guide, took us on extraordinary drives. The hot air balloon safari was a highlight, especially being able to see the hordes of wildebeest from above.

2 nights Arrived 9 Sep 2014
"Little Governors’ is a very slick, well-oiled operation and much more obviously luxurious than Satao Elerai. It doesn’t have the views, but it does have a marshy area directly in front of the tents, which attracts elephant, hippo, buffalo, warthogs and giraffe to wander around the camp day and night. To sit outside your tent and watch them amble very close by is a true experience; as is being woken up by a hippo munching directly outside the tent at 1:30am, with an adult giraffe & youngster sauntering by and again by elephants & buffalo (rubbing up against the tent) at 4:30am...

The food was slightly more elegant than at Satao Elerai, and we did have to pay for all drinks apart from water and the (very welcome) morning wake-up coffee and hot chocolate delivered to the tent. Unlike Satao Elerai we had only 1 hot water bottle between 2 (and no knitted cover!). Again, the efficiency of the waiting staff was to be admired but again no time was ever given to study a food menu / wine list; a decision was required immediately upon presentation.

The number of guards and other staff on duty at all times was very reassuring, and again we had a very good driver/guide in Bernard. In one day we saw all "The Big 5" (which was not actually on our list of things to do, it was an accident!), lion cubs, a cheetah up-close and the wildebeest migration... crossing a river (with crocodiles playing an active role!?!); a big success.

Tents were a little too close together so you could hear things you didn’t really want to hear… honeymooners beware!

We spent 50% of our time in the Masaai Mara (vast open plains) and 50% in the Mara Conservancy. This was on the other side of the camp; much more intimate, with a higher density and cross-section of animals, including Rhino... just not as many big cats (saying that, the Serval was really sweet). This worked very well, I strongly recommend spending time in this other part of the park for the contrast and variety.

It is an intense experience: to be woken up at 5:30am, in the 4x4 by 6:30am... have a picnic breakfast at say 9:30am then continue until lunchtime (approx. 1pm) then back out again 3:30pm until dusk (around 6:30pm). A long day, but the mission was to maximise the chances of seeing game and so a price worth paying." See all these reviews: 4n in Kenya
Experience Report
Overall Rating:
Excellent
Location:
Excellent
Service:
Good
Activities:
Excellent
Rooms:
Excellent
Food:
Good
Facilities:
Good
Showing 11-15 of 15
12
Previous
97%
15 reviews of Little Governors' by travellers since August 2007
Overall rating by our travellers
13
2
0
0
0
Filter by month

Rekero is an unpretentious, high-end safari camp, for travellers who take their wildlife watching seriously and are prepared to pay for an exceptional location.

Basecamp Maasai Mara is a family-friendly, award-winning eco-camp on a U-bend on the north bank of the Talek River, on the boundary of the Maasai Mara National Reserve.