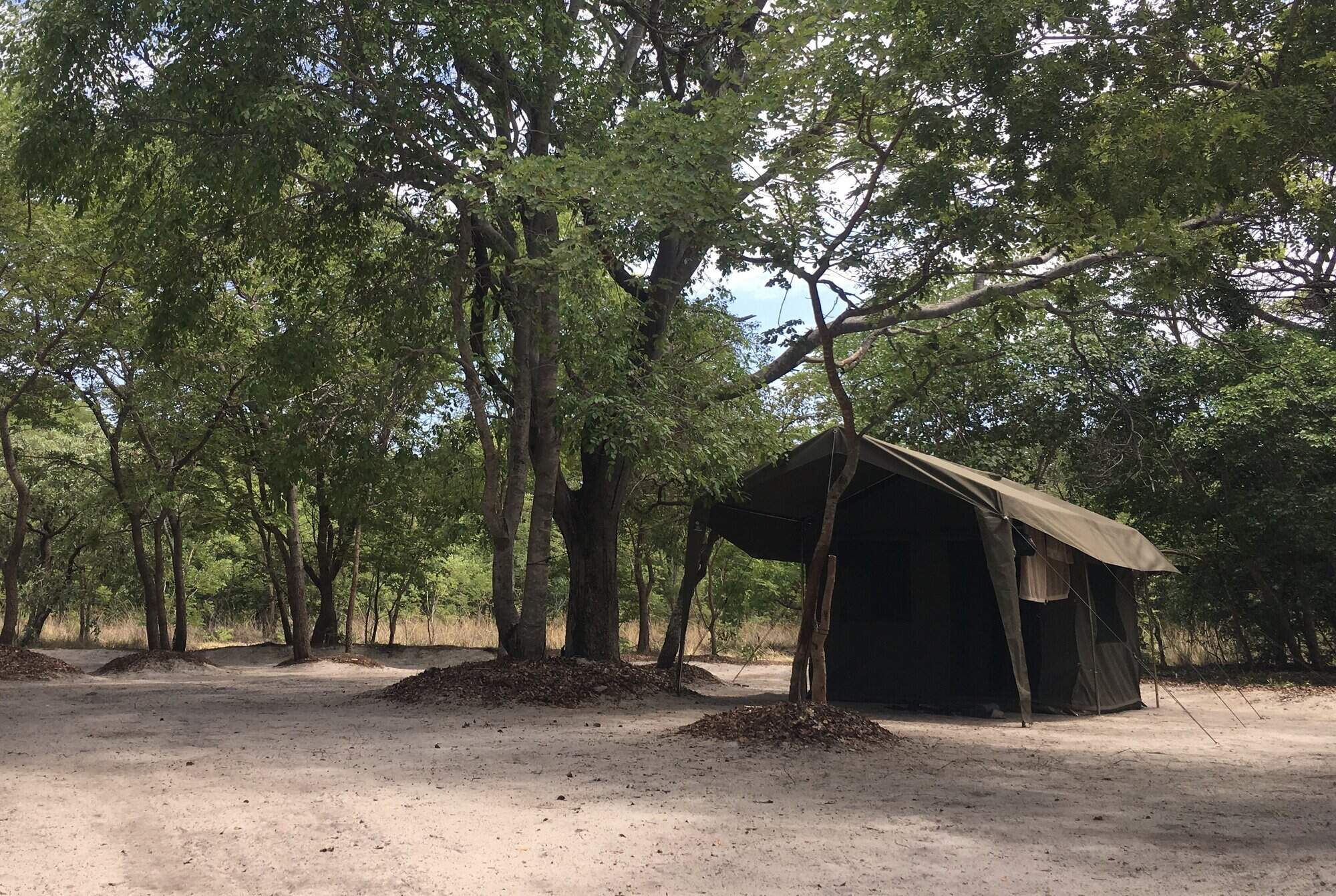 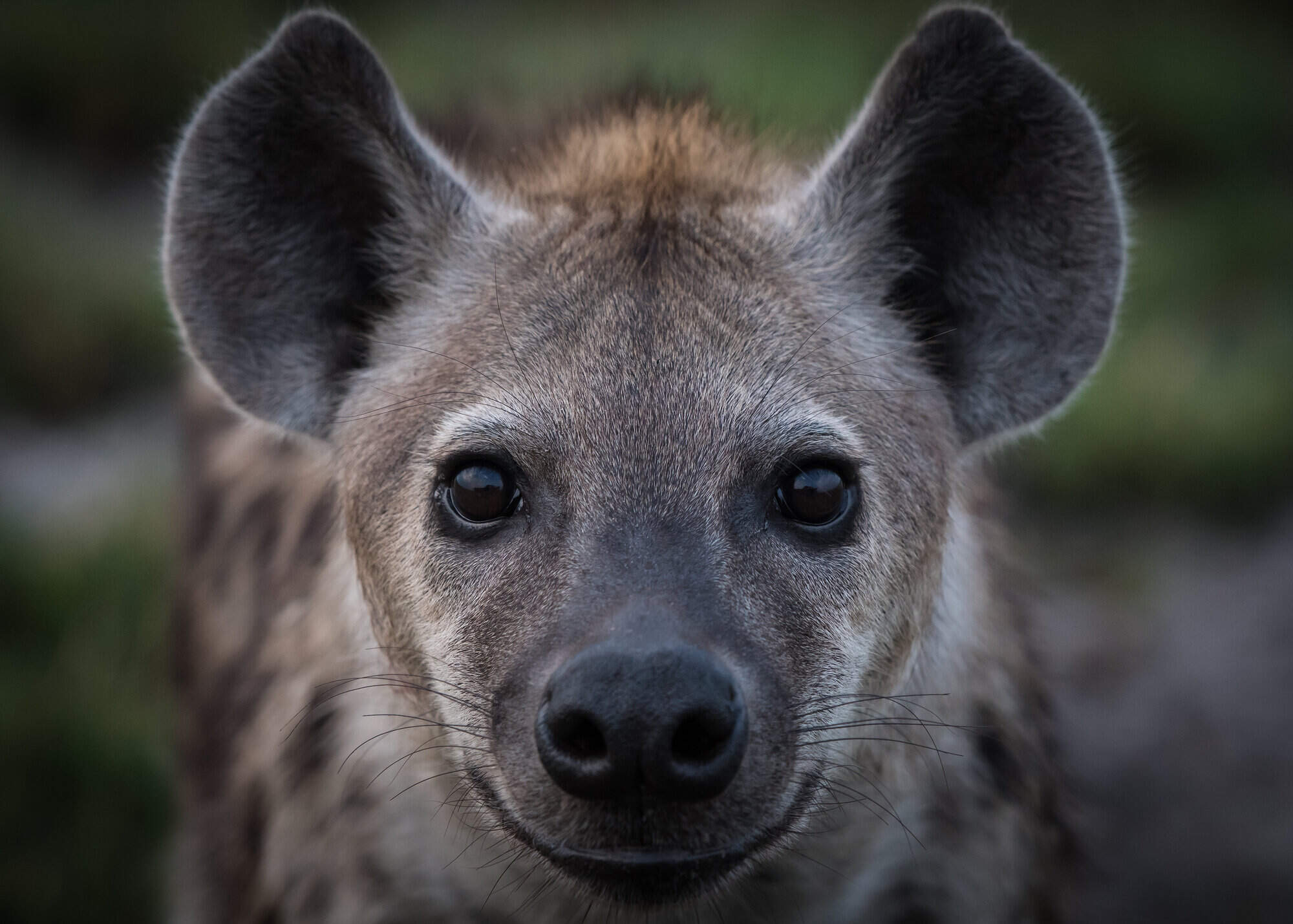 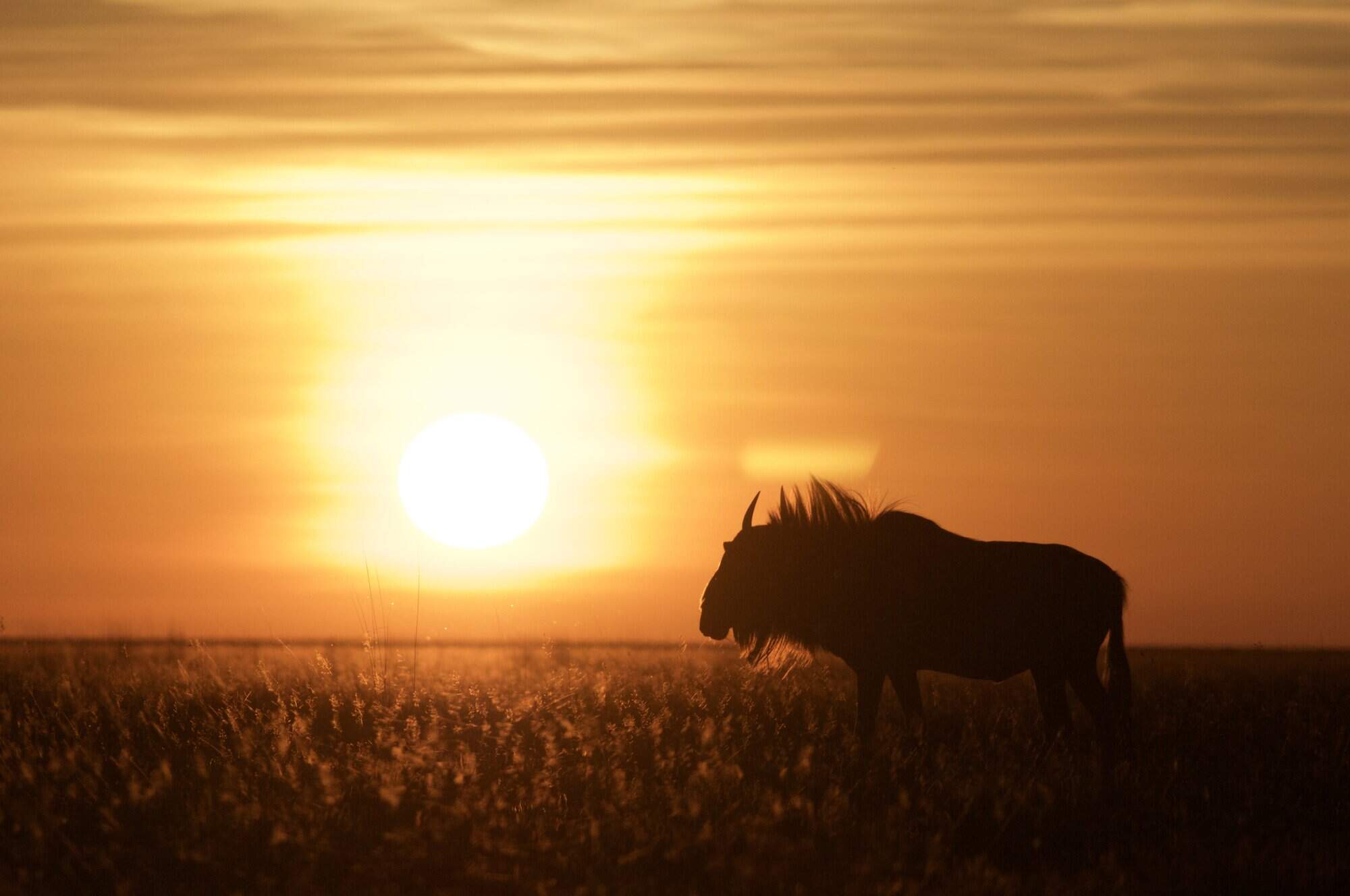 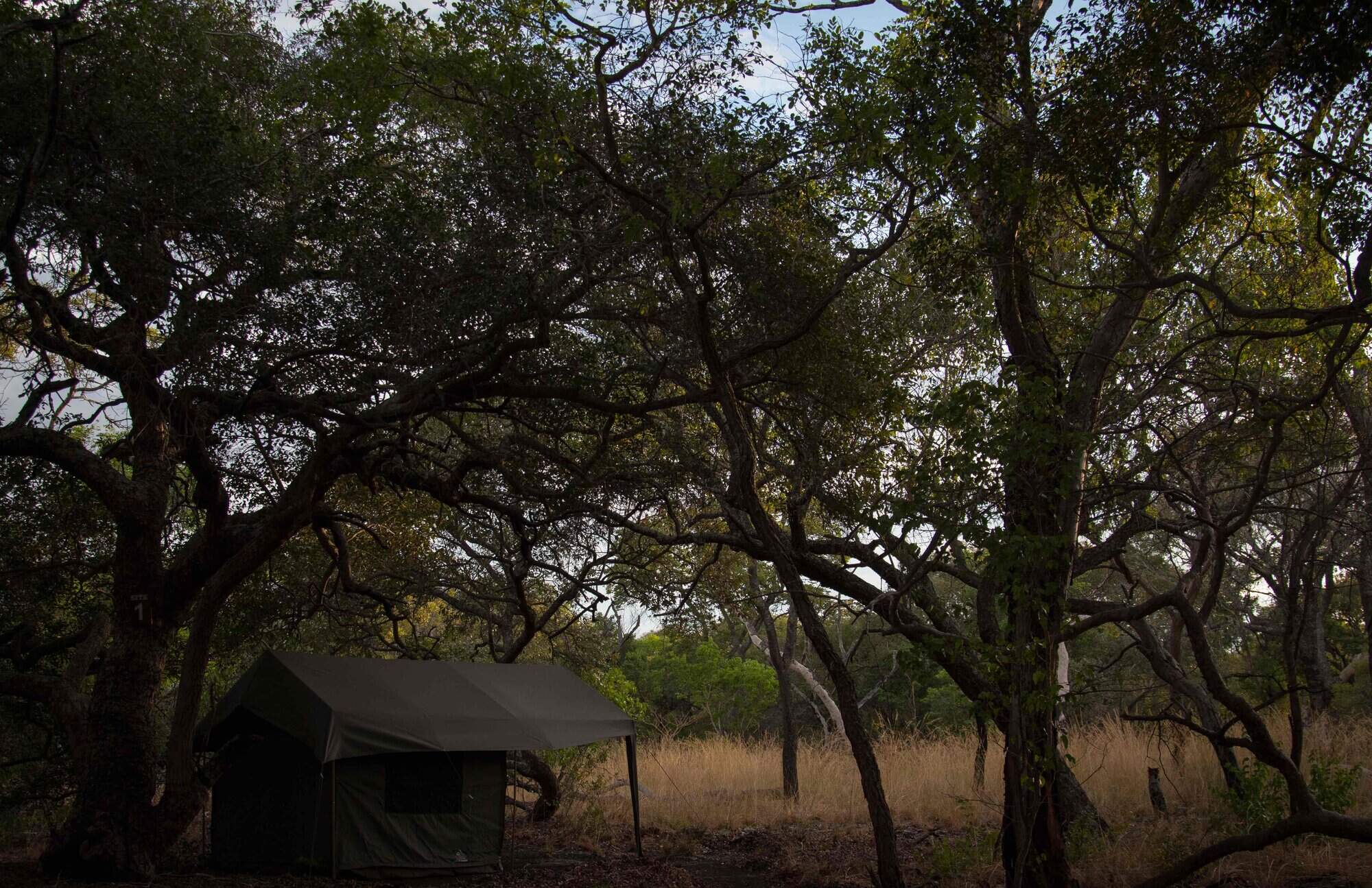 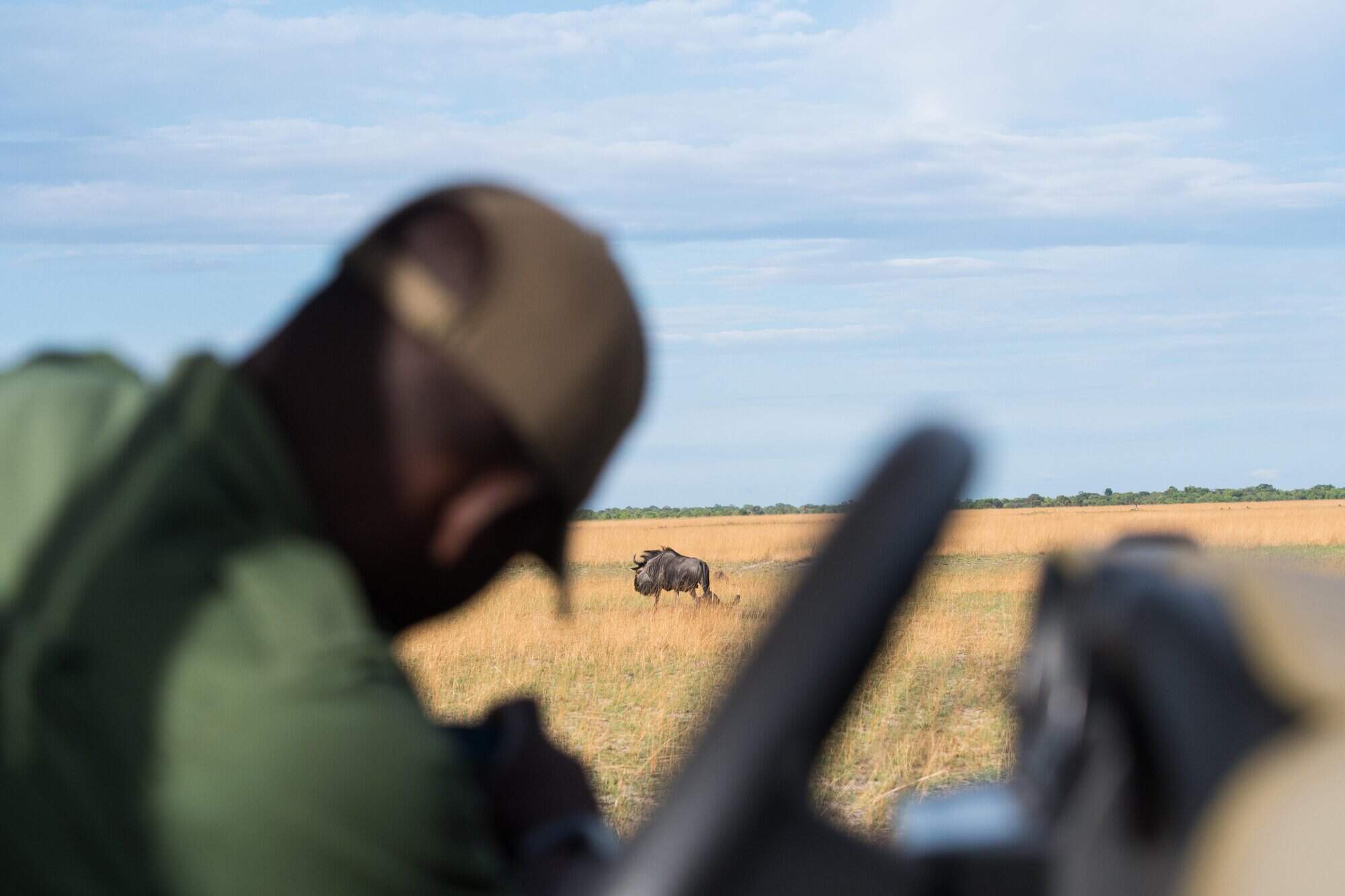 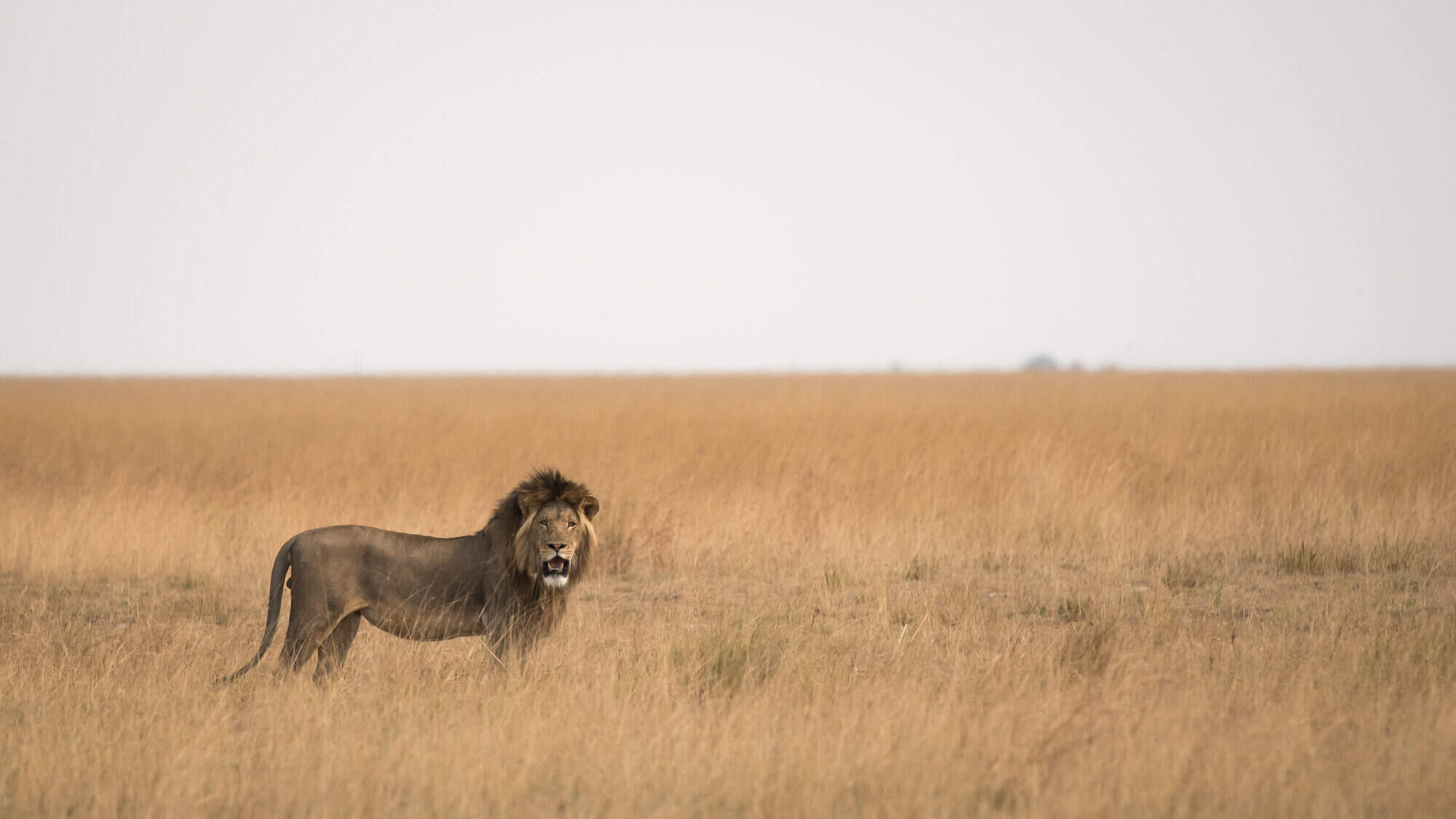 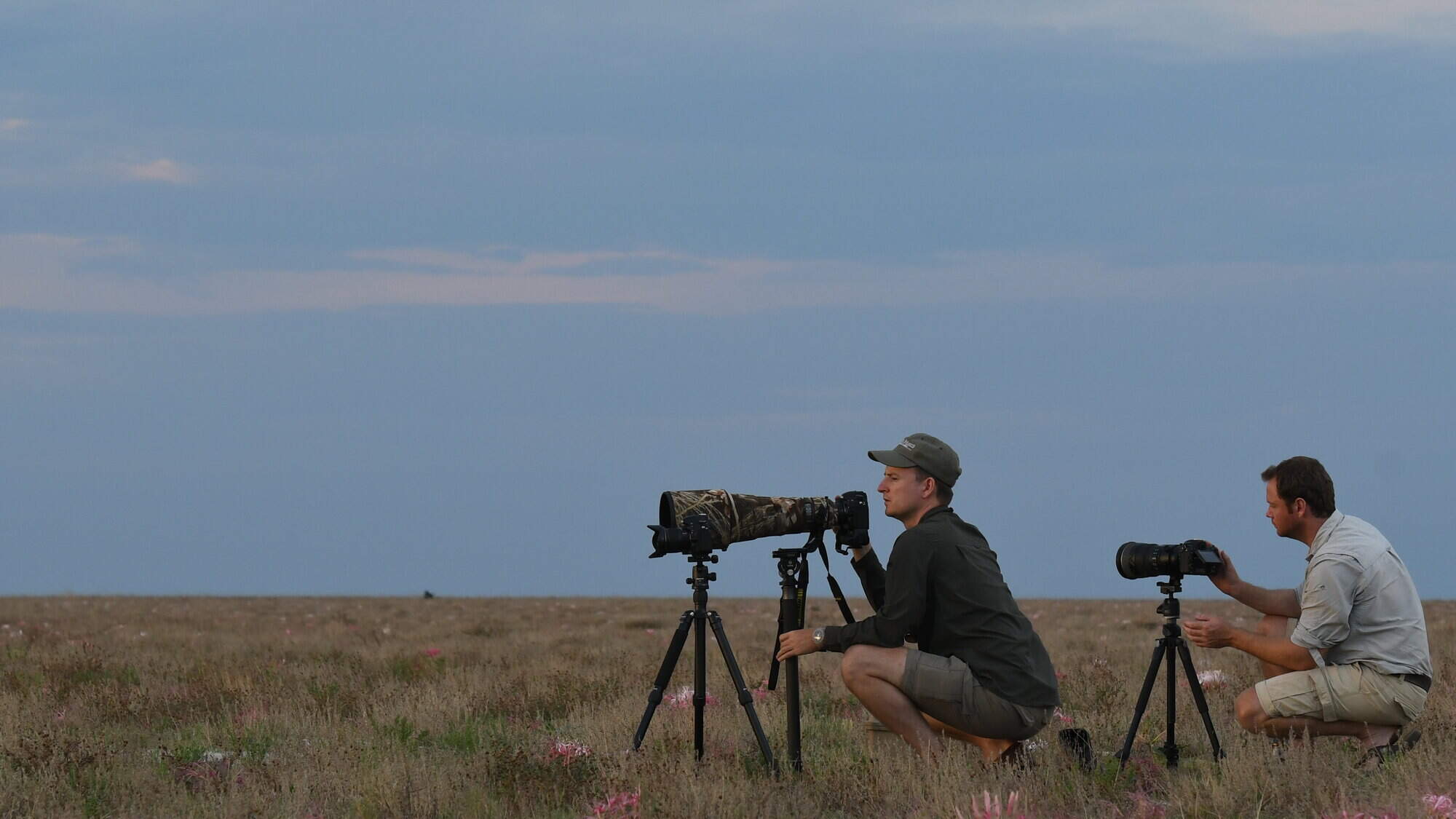 Discover the remote Liuwa Plain National Park, in the far west of Zambia, on an intimate mobile safari with ...

... an expert guide. This relatively simple, yet comfortable safari allows you to explore the 3,660km2 savannah grasslands of Liuwa Plains from as natural a base as possible.

In their quest for sensitive development of tourism in Liuwa Plain National Park, African Parks – operators of the park – have recently made it possible for bona fide Zambian safari operators and private guides to book, on an exclusive basis, one of several serviced campsites throughout the park.

As a result, in November 2019, the dynamic and enthusiastic owners of Musekese Camp and Ntemwa Busanga Camp, in Kafue National Park, started offering mobile safaris to Liuwa. Phil and Tyrone, and their team of guides, are experts at navigating these grasslands, with years of experience between them of bringing wildlife filmmakers to the plains and supporting wildlife conservation efforts here.

Their set-departure trips in November explore the west of Liuwa, which hosts one of the largest concentrations of blue wildebeest and zebra outside of the Maasai Mara/Serengeti ecosystems. Alternatively, for those wanting to visit Liuwa outside November, it is possible to organise a tailor-made trip.

Every year, from around October and November, dramatic thunderstorms build up over the plains, and refill the dry pans to give fresh life to the savannah. The resultant new growth in turn attracts wildebeest from the north and encourages them to give birth. This time of year has always been regarded as the best time to visit – although other months can be just as amazing!

Earlier in the year, you're likely to experience something along the lines of:

January to about April, a large area of Liuwa Plains is covered in shallow water, and all the pans in the south of the park are full – perfect for the large herds of herbivores that gather there, and the large numbers of birds that are arriving on migration.

From around May to July the plains dry up, the waters recede northwards, and gradually the herds move that way. They desert the waterholes of the southern side of the plain, and move back north-west, eventually melting back into the woodlands that surround the park. That said, plenty of resident wildlife remains, relying on the scattering of pans that retain their water for most of the year.

From August to October the herds start drifting south again. At first, in September, you'll find just a few herds, typically a few hundred wildebeest, venturing south on to the northern areas of the plain – but gradually as the rains approach these increase in number and move further south into the park.

Accommodation for these mobile safaris is in one of just three Meru tents – so a maximum of six guests. These share the national park’s simple ablution facilities (a flushing toilet and running shower), but all other amenities, meals and activities are provided by the safari operator.

Activities on your mobile safari focus on game drives and guided walks. Besides the blue wildebeest and zebra, Liuwa is also home to lion, cheetah, buffalo, eland, red lechwe, tsessebe, the somewhat elusive wild dog, and some prominent hyena clans. Not to mention abundant birdlife, with about 334 recorded bird species and Africa's densest concentration of the endangered wattled crane.

No-one in our Expert Africa team has joined a Liuwa Plains Mobile Safari just yet, but on our most recent visit to Liuwa in October 2019 we got to witness the incredible transformation of the plains with the start of their summer rains.

A mobile safari maximises the opportunity to “follow” the wildebeest herds on Liuwa Plain at their seasonal peak and to witness the surrounding action. Although we have yet to experience a Liuwa Plains Mobile Safari, we have been impressed by their standard of guiding at other camps where we have stayed.

We love this area! Liuwa is an untouched gem, and we feel that those seeking a true wilderness experience, hosted by excellent guides, will love it too.

Location
Liuwa Plain National Park, Zambia
Ideal length of stay
Three or four nights with set-trip departure dates.
Directions
These mobile safaris are best accessed on Wednesdays and Saturdays, when there are (seasonally) flights to/from Lusaka and Livingstone. These land at the outpost town of Kalabo, where there is a small airfield and a mission station with a hospital. The first campsite is then a two-hour drive through villages and national park.
Accessible by
Self-drive or Fly-and-Transfer

Usual board basis
Full Board & Activities
Food quality
Although we have yet to experience a Liuwa Plains Mobile Safari, we have been impressed by their meals at sister camps Musekese Camp and Ntemwa Busanga Camp, in Kafue National Park. So we feel confident that the standard of preparation and presentation will be equally as good.

Malarial protection recommended
Yes
Medical care
The nearest doctor would be in Mongu, which is the best part of a day's drive away. In an emergency, medical evacuation by air to Lusaka, or even Johannesburg, would be needed.
Dangerous animals
High Risk
Fire safety

Matamanene Camp, in the heart of Liuwa Plains National Park, is the only safari camp for hundreds of miles – it's in one of the most remote corners of Africa.

King Lewanika Lodge, opened in 2017, is the only permanent safari camp in Liuwa Plain National Park.