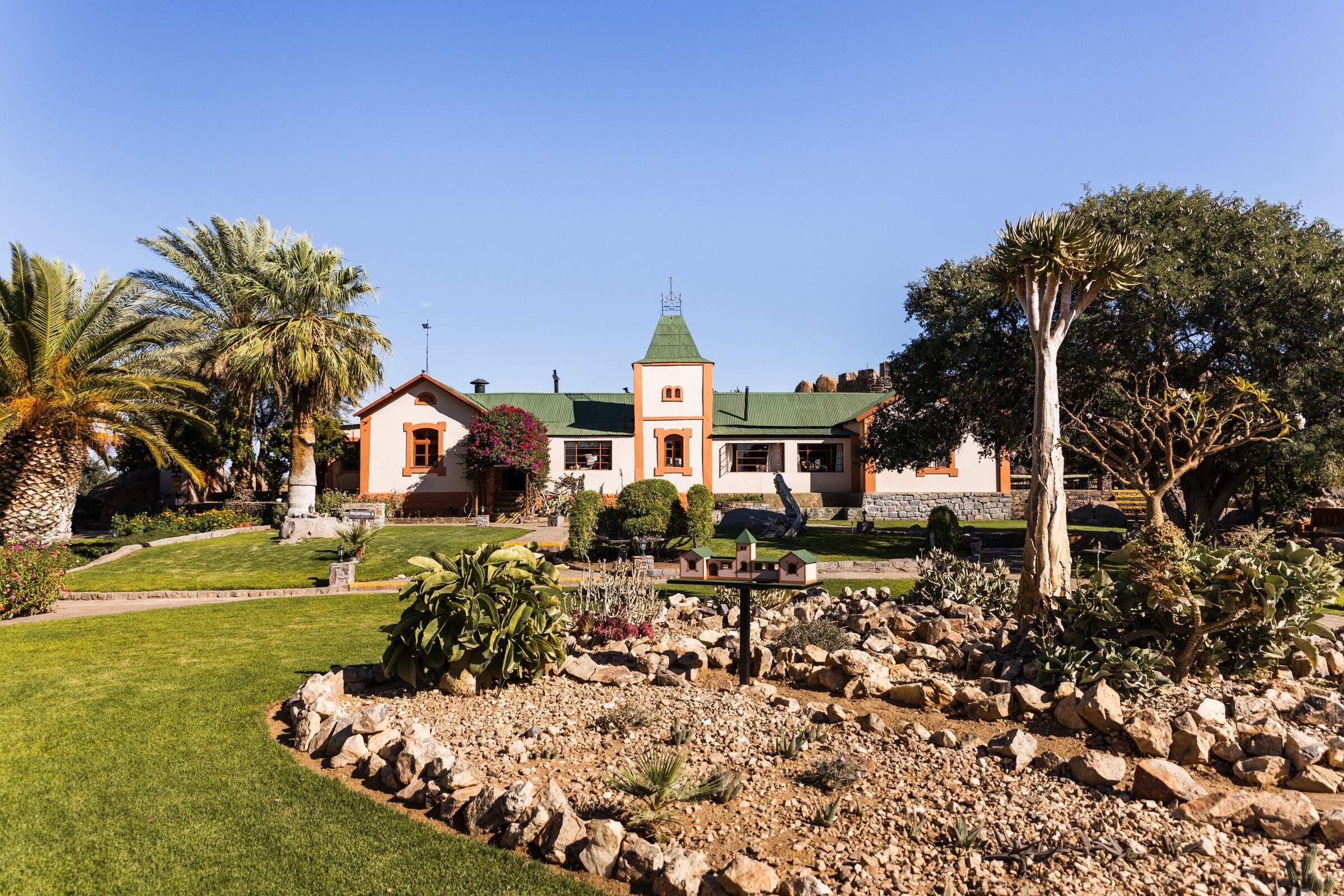 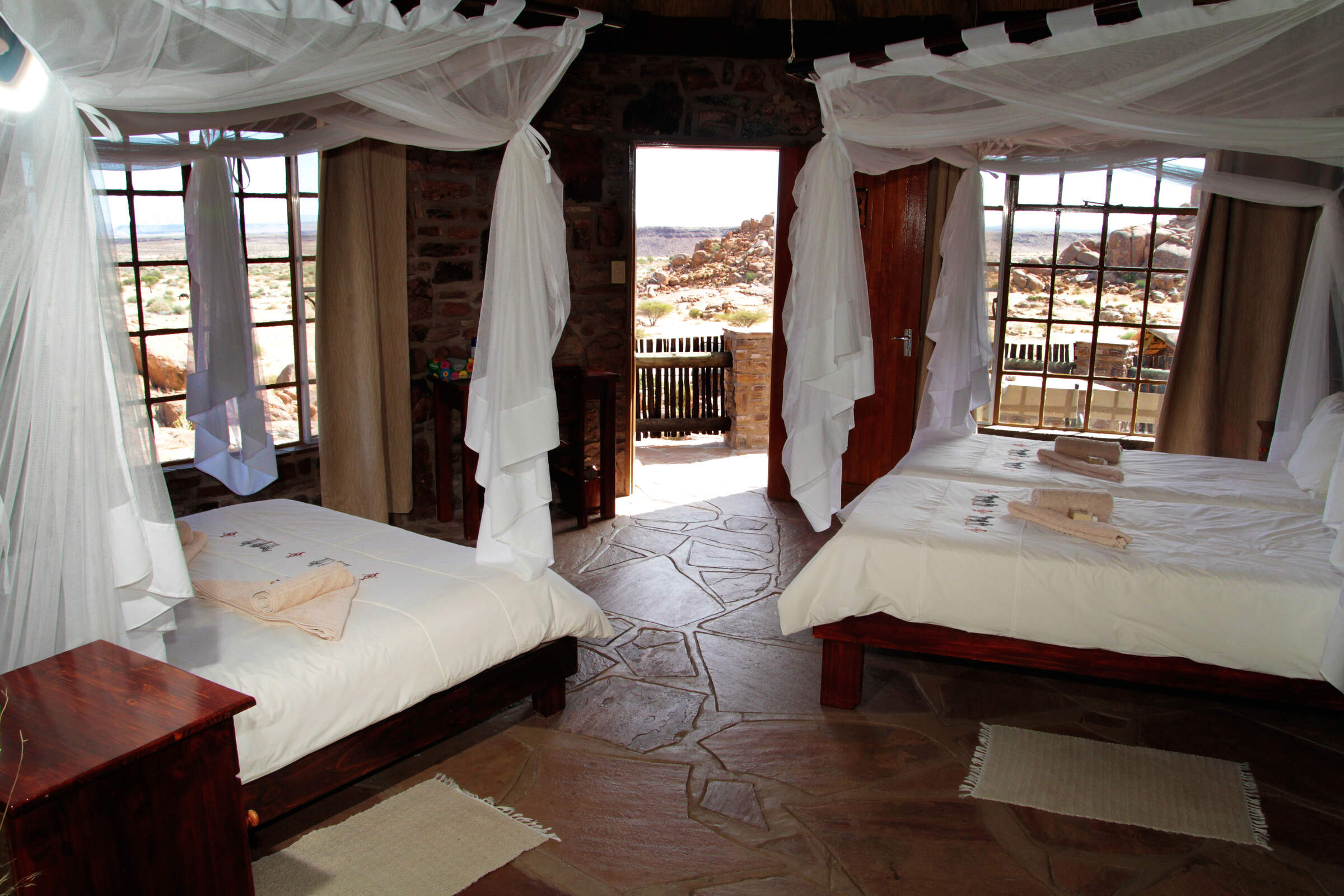 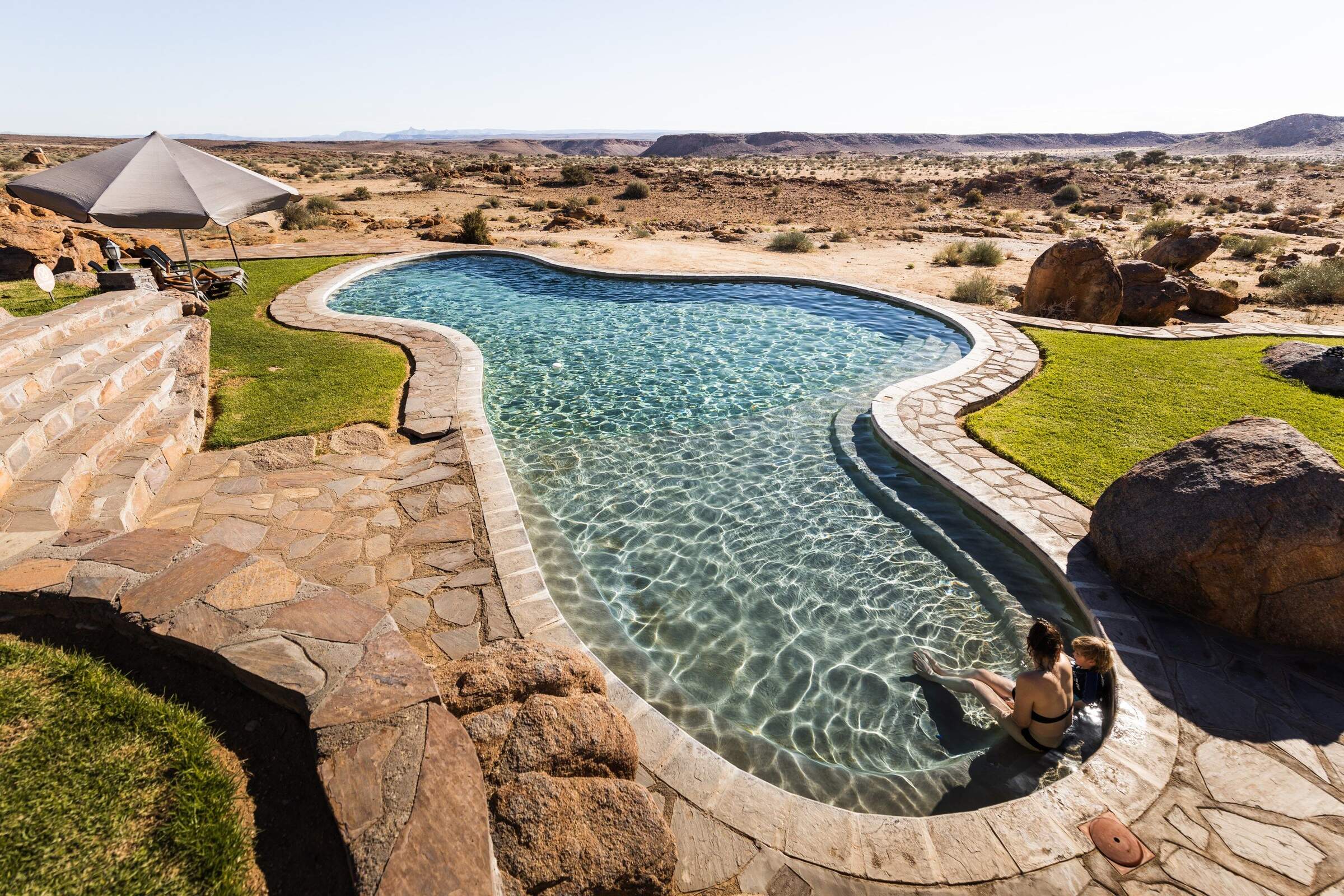 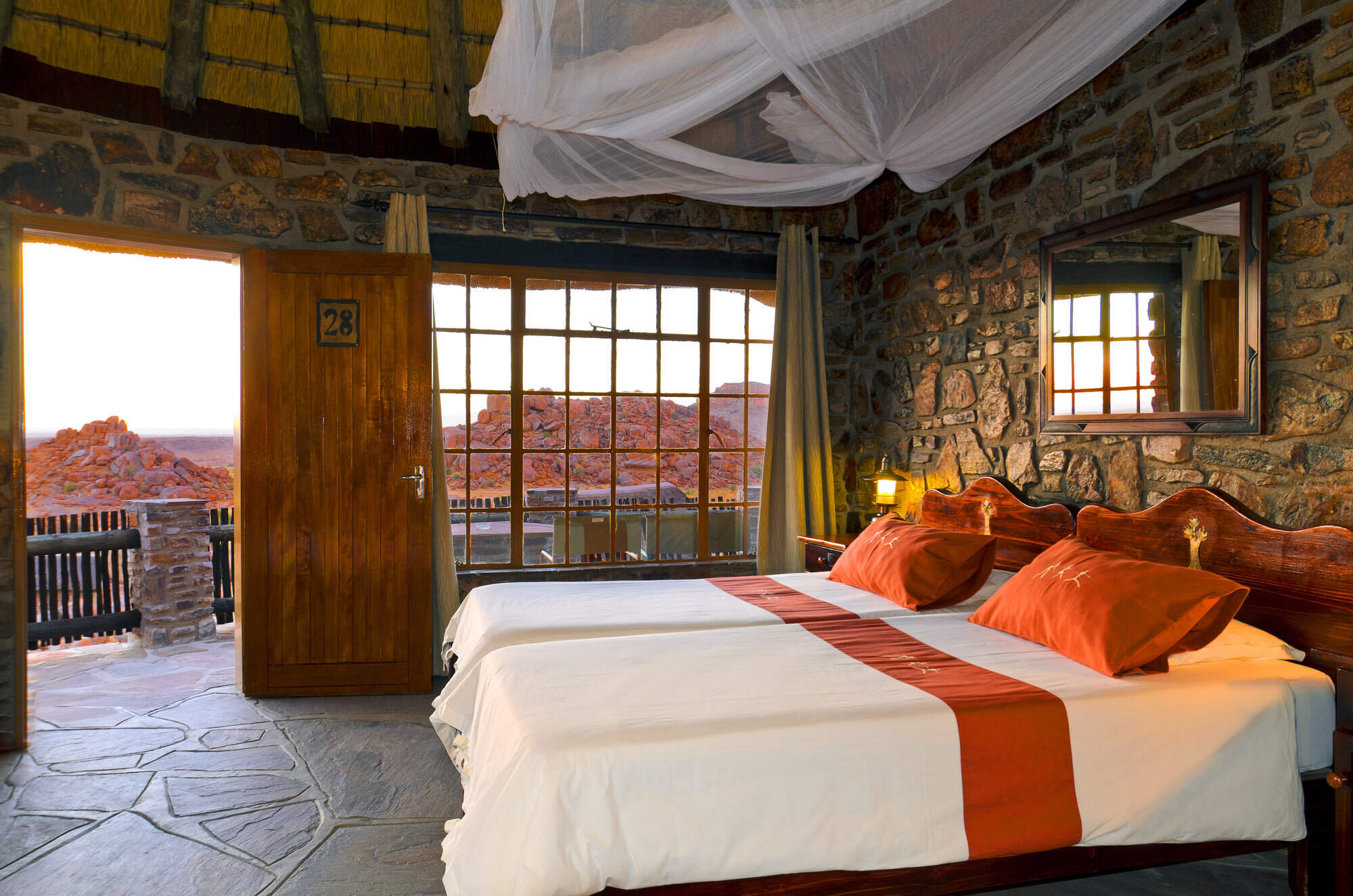 96 independent comments and wildlife information from our travellers who have visited Canyon Lodge and kindly agreed to share their thoughts. They do not necessarily represent the views of Expert Africa

2 nights Arrived 27 Oct 2008
"We stayed in Std Rooms ("S" rooms), which were simple but clean and more then adequate to serve as a base to visit the Canyon region. Staff at the lodge main building were helpfull and friendly. Morning sunrise walk and afternoon scenic drive enjoyable.

We drove ourselves to the Canyon : fantastic scenery all the way. Pitty Ais-Ais was closed and we could not drive to the base of the Canyon." See all these reviews: 19n in Namibia
Experience Report
Overall Rating:
Good
Location:
Good
Service:
Good
Activities:
Average
Rooms:
Average
Food:
Good
Facilities:
Good
Mr & Mrs L
Berkshire

2 nights Arrived 24 Oct 2008
"Canon Lodge is like an oasis in the middle of the Gondwana Reserve. We were lucky enough to have no. 13 and had spectacular views of the surrounding area and the wonderful sunsets. They are just finishing a new swimming pool in a lovely setting overlooking the plains.

The optional drive to the Canyon was worth doing. A very good guide.

No flights over the canyon were available at the time of our visit, which was a bit of a disappointment, but otherwise a lovely stay." See all these reviews: 13n in Namibia
Experience Report
Overall Rating:
Good
Location:
Excellent
Service:
Good
Activities:
Good
Rooms:
Average
Food:
Good
Facilities:
Good
Mr D
Elegy

2 nights Arrived 10 Aug 2008
"Because we had booked very late (having expected to be at Fish River Lodge) our rooms were almost at the end of the resort (nos 27 and 30 of 30). It was therefore a very long walk to and from the central facilities and a long haul with luggage.

We took the trip to the Canyon as a foursome which was OK, but rather expensive for what was on offer - the trip in an old vehicle and about an hour there, then a drive back.

Breakfasts were something of a trial as the staff did not seem to appreciate how much some people ate. Many items ran out very quickly and refilling did not seem to be a priority. As an example, the fresh fruit salad had all gone within a few minutes of service starting one morning and it took almost half an hour before a small bowl of tinned tomatoes replaced the salad! Not much good with Corn Flakes.

We took a walk around the site and found a substantial development project underway which looks as though it will significantly increase the size of the place and the numbers of people staying - we hope the central facilities are to be expanded accordingly." See all these reviews: 20n in Namibia
Experience Report
Overall Rating:
Average
Location:
Good
Service:
Average
Activities:
Average
Rooms:
Good
Food:
Average
Facilities:
Average
Mr & Mrs B
Teddington

2 nights Arrived 30 Jul 2008
"Great fun. The 'hobbit house' we had amongst the granite boulders was lovely.

The food in the restaurant was good too, and the staff very helpful. The star was Fritz, the chief guide (and main mover behind the organisation of the place). His knowledge was prodigious, and he was really good company. He gave us a first rate tour of the Fish River Canyon, with an in-depth account of the geological history that I (as a professional geologist) couldn't fault.

2 nights Arrived 25 Jul 2008
"Wonderful location - we got the room/bungalow that was in all the postcard pictures so impressive views! Staff very pleasant and helpful and made the stay great.

Took the opportunity to be taken to the Canyon by John, one of the guides and it was great to talk to him about the geology and fauna which was very informative. Food good." See all these reviews: 20n in Namibia
Experience Report
Overall Rating:
Excellent
Location:
Excellent
Service:
Excellent
Activities:
Good
Rooms:
Excellent
Food:
Good
Facilities:
Good
Bitterns
Twickenham

"Among the rocks at Canyon Lodge"

2 nights Arrived 28 Jun 2008
"Fantastic location (we had a lodge facing the desert) and very helpful staff. Good food, most of which is grown locally on the Lodge's own farm. enjoyed riding here on a rather sleepy mount and very friendly resident black cat liked our biscuits. Cold at night here in June and the open fire in the restaurant was most welcome." See all these reviews: 9n in Namibia; 7n in Botswana
Experience Report
Overall Rating:
Good
Location:
Excellent
Service:
Good
Activities:
Good
Rooms:
Good
Food:
Good
The Dassies
Cumbria

2 nights Arrived 21 Jun 2008
"Canyon Lodge is quite a large lodge and because we arrived at the same time as several other guests we felt the welcome was a little impersonal. It was quite a drive from the lodge to Fish Canyon for sunrise and sunset photographs.

As we are keen photographesr it may have been better to stay at Grande View Lodge." See all these reviews: 25n in Namibia
Experience Report
Overall Rating:
Good
Location:
Good
Service:
Average
Facilities:
Average
Rooms:
Good
Food:
Average
Showing 81-90 of 96
1...78910
Previous Next
89%
96 reviews of Canyon Lodge by travellers since August 2007
Overall rating by our travellers
50
41
4
0
1
Filter by month