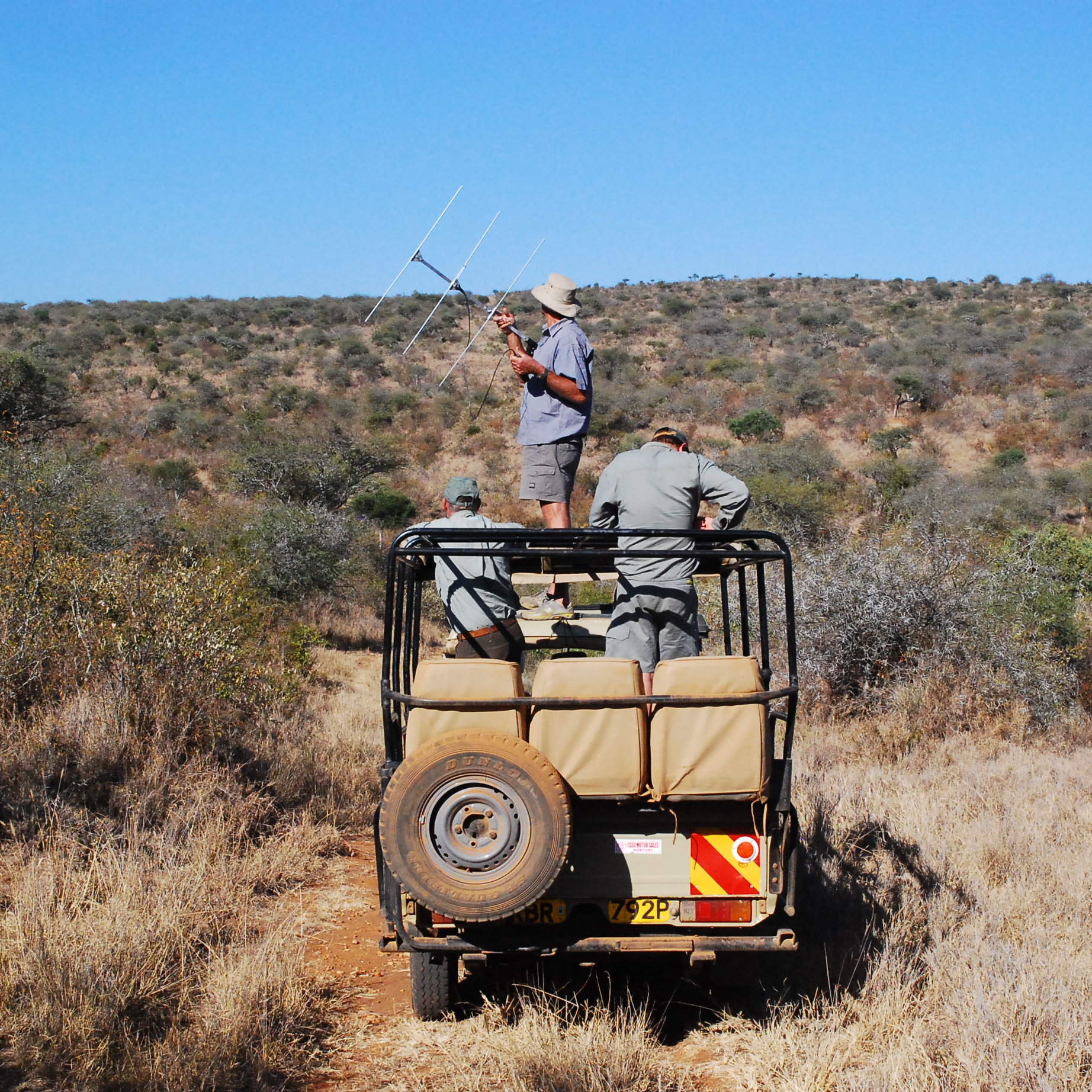 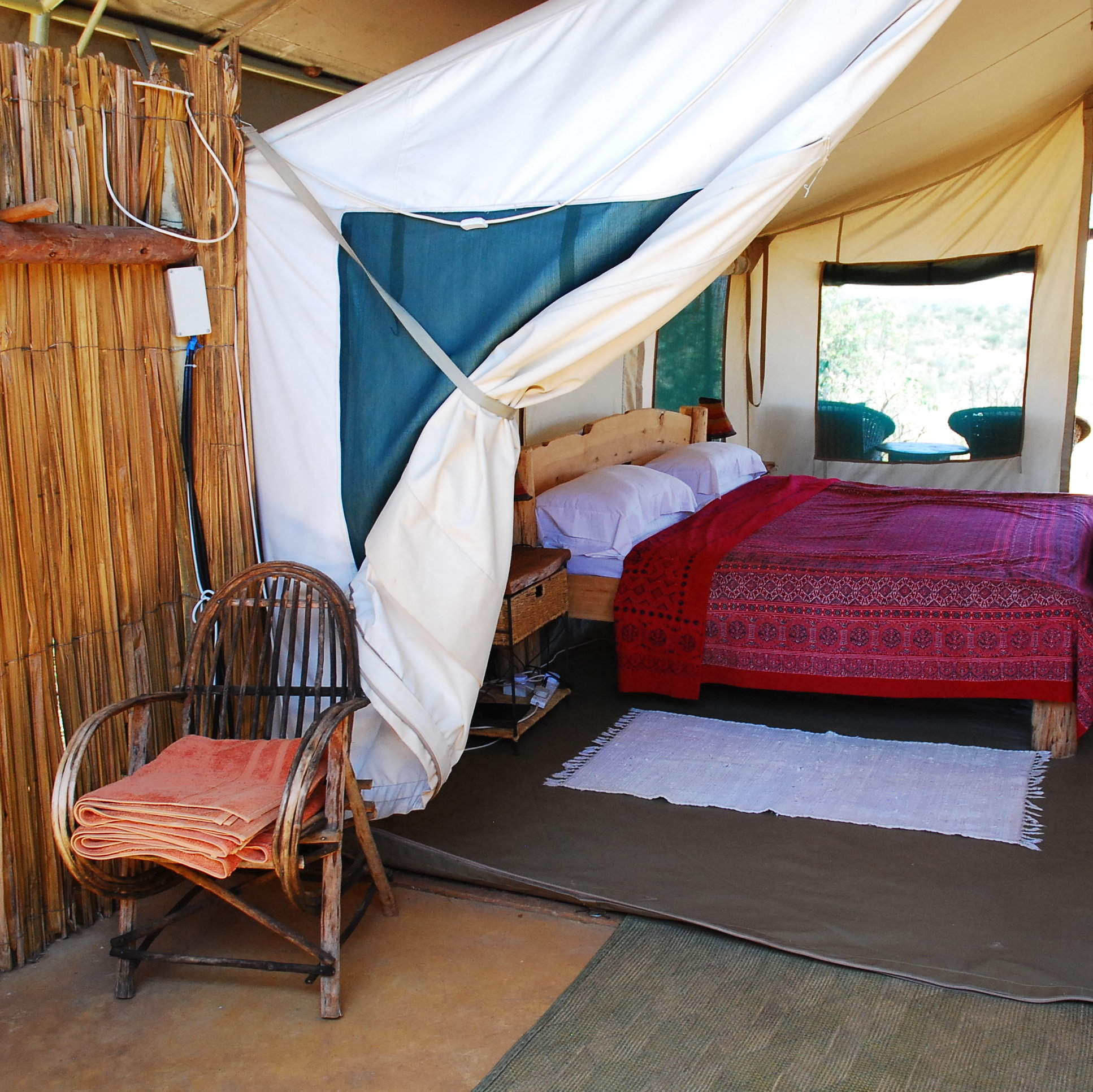 16 independent comments and wildlife information from our travellers who have visited Laikipia Wilderness and kindly agreed to share their thoughts. They do not necessarily represent the views of Expert Africa

3 nights Arrived 29 Aug 2016
"We had a great time at Laikipia Wilderness Camp. Things we really loved:

3 nights Arrived 22 Jun 2016
"My first safari experience and loved every minute. I was looked after from the moment I was picked up and was treated to an adventuresome stay.

They made sure I was partake in all activities, so not being able to walk distances, I didn't miss out on a thing.

7 nights Arrived 9 Mar 2016
"Wonderful camp in vast, remote wildlife area but the most amazing thing is the ethos of the camp which seems to be to provide as much adventure as a guest would like in a safe and convivial environment with great hospitality.

Great food good tents and fantastic guiding - everything is tailored to giving guests a wonderful, personalised and varied experience. Steve and Annabel have a great set-up and are brilliant and attentive hosts with excellent camp staff. Met their friend Albie Venter who is a specialist private safari guide, runs photographic courses and is also very good company. A bunch of great people congregating in a great place.

We had unique experiences with the wild dogs and wonderful photo opportunities but plenty of other wildlife and many good encounters with elephants and other game. Enjoyable wild walks and expeditions. Regular night drives on the way back to camp or bush dinner were amazing.

"Everything I had hoped for"

5 nights Arrived 25 Feb 2016
"My two main priorities when arranging this trip were to have excellent guides and to get away from other safari vehicles. I cannot rate Laikipia Wilderness Camp highly enough on both counts.

Byront is a fantastic knowledgeable guide; as well as game drives he led a couple of morning walks before it got too hot when he showed us plants, spiders, animal tracks, etc that we wouldn't otherwise have seen. A special highlight was watching the pack of Wild Dogs including 11 puppies not long out of the den for 1.5hrs one evening. Aside from a few vehicles on the public road we saw nobody else the whole time I was there.

Don't go to Laikipia if you want 5 star luxury tents, a pool or 'fine dining'. The tents are spacious, comfortable, mine had a lovely view over the bush from the veranda. The bathrooms have good showers with lots of hot water. The food is plentiful and beautifully-cooked. And the people are lovely, really welcoming in an informal relaxed style. Just perfect !" See all these reviews: 13n in Kenya
Experience Report
Overall Rating:
Excellent
Location:
Excellent
Service:
Excellent
Activities:
Excellent
Rooms:
Good
Food:
Good
Facilities:
Good
Mrs S
Essex

6 nights Arrived 20 Feb 2016
"This camp is wonderful, intimate and homely. The rooms are comfortable, the food is lovely, and the hosting friendly and jovial. We were there primarily to see the incredible wild dog, and we were given a fantastic guide who worked incredibly hard and pulled out all the stops to ensure that we not only saw lots of dogs but we actually "hung out" with them.

We arrived at camp in the afternoon and within an hour or so we were on our first game drive. About an hour later we were lying on our front on the ground surrounded by a beautiful pack which included 11 puppies. We spent six nights at this camp and our viewings of, and interactions with, painted dogs were utterly sublime. We love this place and we simply cannot wait until we return.

My husband had already stayed at this camp on a photographic trip in 2015, and he was just as thrilled by his second visit there." See all these reviews: 15n in Kenya
Experience Report
Overall Rating:
Excellent
Location:
Excellent
Service:
Excellent
Activities:
Good
Rooms:
Good
Food:
Excellent
Mr & Mrs J
Hanwell

4 nights Arrived 8 Nov 2015
"Stalking through thick bush behind an armed guide, knowing a leopard is close at hand, as a local expert tracker follows the trail of the fresh, wet blood of the big cat's latest kill... If this is your idea of a great safari, rather than fine dining, spa treatments or lions habituated to humans by hordes of tour vehicles, Laikipia Wilderness is for you.

The Laikipia area is a series of conservancies, rather than National Park, which means a far wider range of ways of seeing the bush is available to you than in the parks themselves. Wildlife tourism and wild animals also co-exist with the local community and their traditional farming, meaning you come across cows, goats, beehives and even camels from time to time. Despite this the animals are properly wild, as shown by the presence of those most endangered of predators, African wild dogs. There are two packs in the area, and thanks to the camp's involvement with the monitoring programme, you probably have a better chance of seeing them here than anywhere else in Kenya. We saw them both from the vehicle and on foot, which is pretty exciting. We also saw the only cute hyenas I have ever encountered, which is a bit of an achievement.

Laikipia's ethos is all about getting you out into the wild, and we walked, river-rafted and ate in the wilds. The rainy season arrived with a vengeance when we were there, hence the bush sleep-out was rained off, but it did make for some pretty thrilling 4x4 driving through disintegrating roads and river beds! Our guide, Barend, and tracker Stephen, were from very different backgrounds but both experts and true enthusiasts, able to talk about animals, birds and plant life, although our insect interests were obviously a bit unusual!

Evenings usually ended around a fire, either in the mess tent or in the bush, chatting with Barend, Steve or the other camp staff about Africa, animals, life and everything.

Although we only saw Steve and Annabel's kids briefly (school has to happen sometimes!), the place has a family-run feeling about it all the time, helped by the large number of pets (dogs very friendly, cats rather more aloof), giving it a real blend of warmth with the wilderness. To say the service is excellent seems somehow wrong - basically they employ lovely staff who look after you very well because they're nice people - it doesn't really feel like "service". We felt extremely comfortable and more like guests of very hospitable friends than clients.

Laikipia Wilderness is not for everyone. If your main aim is to tick off the Big Five from the seat of a vehicle, don't come here (no rhino for a start). If washing in river water bothers you, or the thought of insects in the bathroom, you'll probably be more comfortable somewhere else. If a large (domestic!) dog deciding to share your chair is a problem, it's not ideal either.

The food is not fancy, but it's tasty, filling and fresh (they grow their own herbs and salads). And, as Arthur Ransome once said, food always tastes better when it's eaten in the open air. In fact the whole place has a rather Swallows and Amazons feeling about it - it's no wonder families seem to have such a great time here, which wouldn't be true of many safari camps - and it's also the perfect place for the grown-ups to regain their sense of adventure." See all these reviews: 10n in Kenya
Experience Report
Overall Rating:
Excellent
Location:
Excellent
Service:
Excellent
Activities:
Excellent
Rooms:
Excellent
Food:
Excellent
Facilities:
Good
Showing 11-16 of 16
12
Previous
95%
16 reviews of Laikipia Wilderness by travellers since August 2007
Overall rating by our travellers
13
2
1
0
0
Filter by month