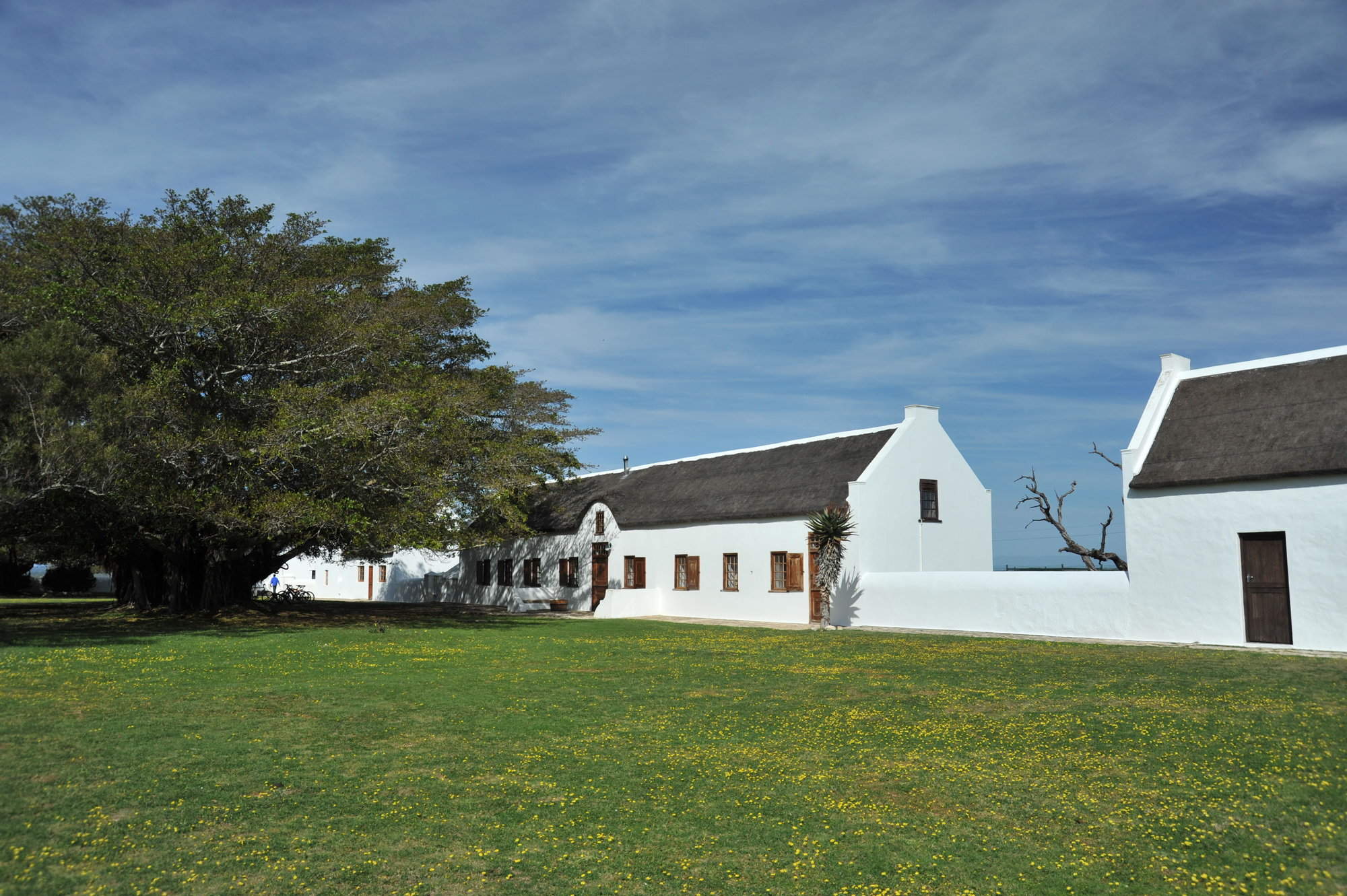 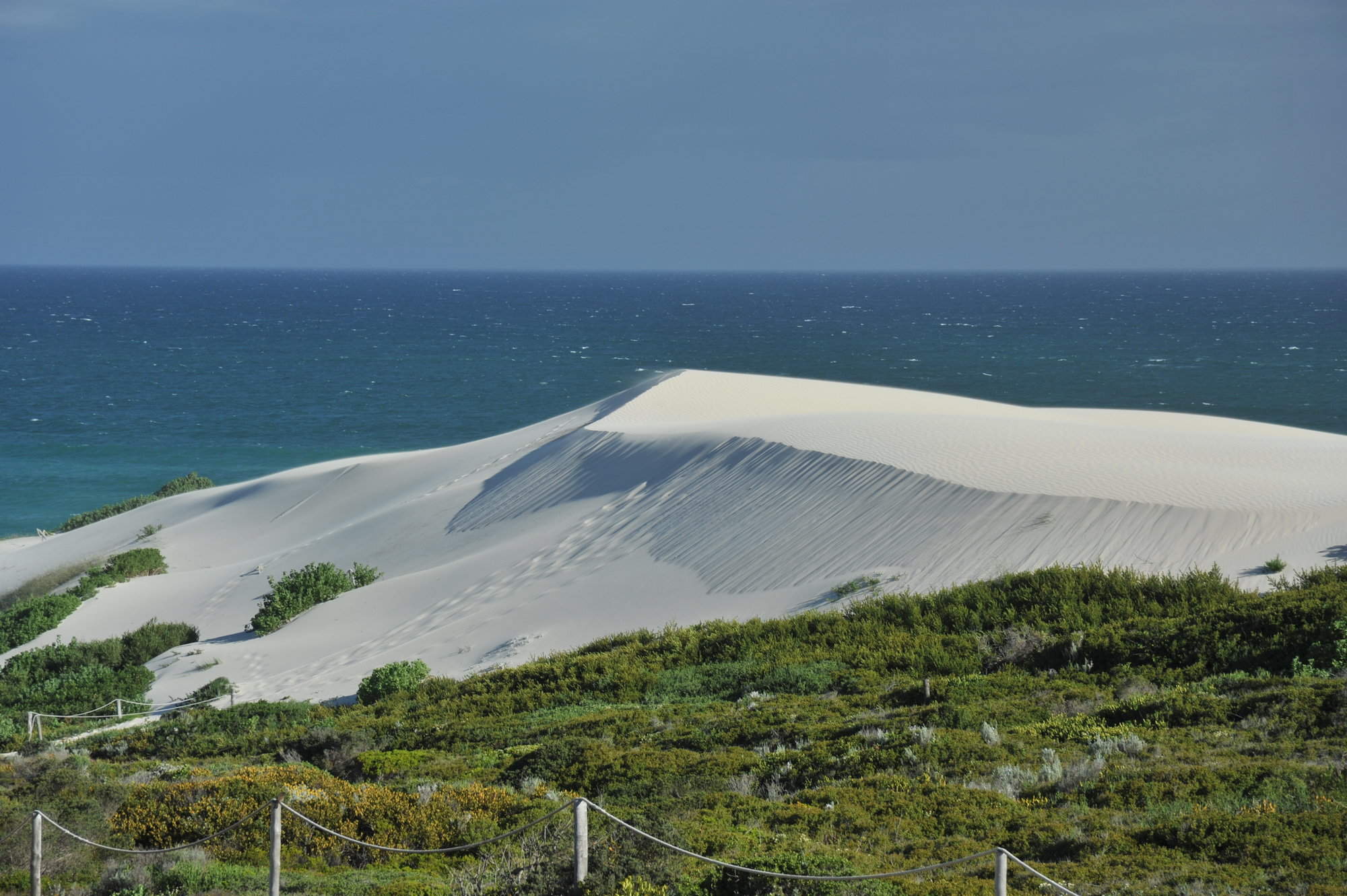 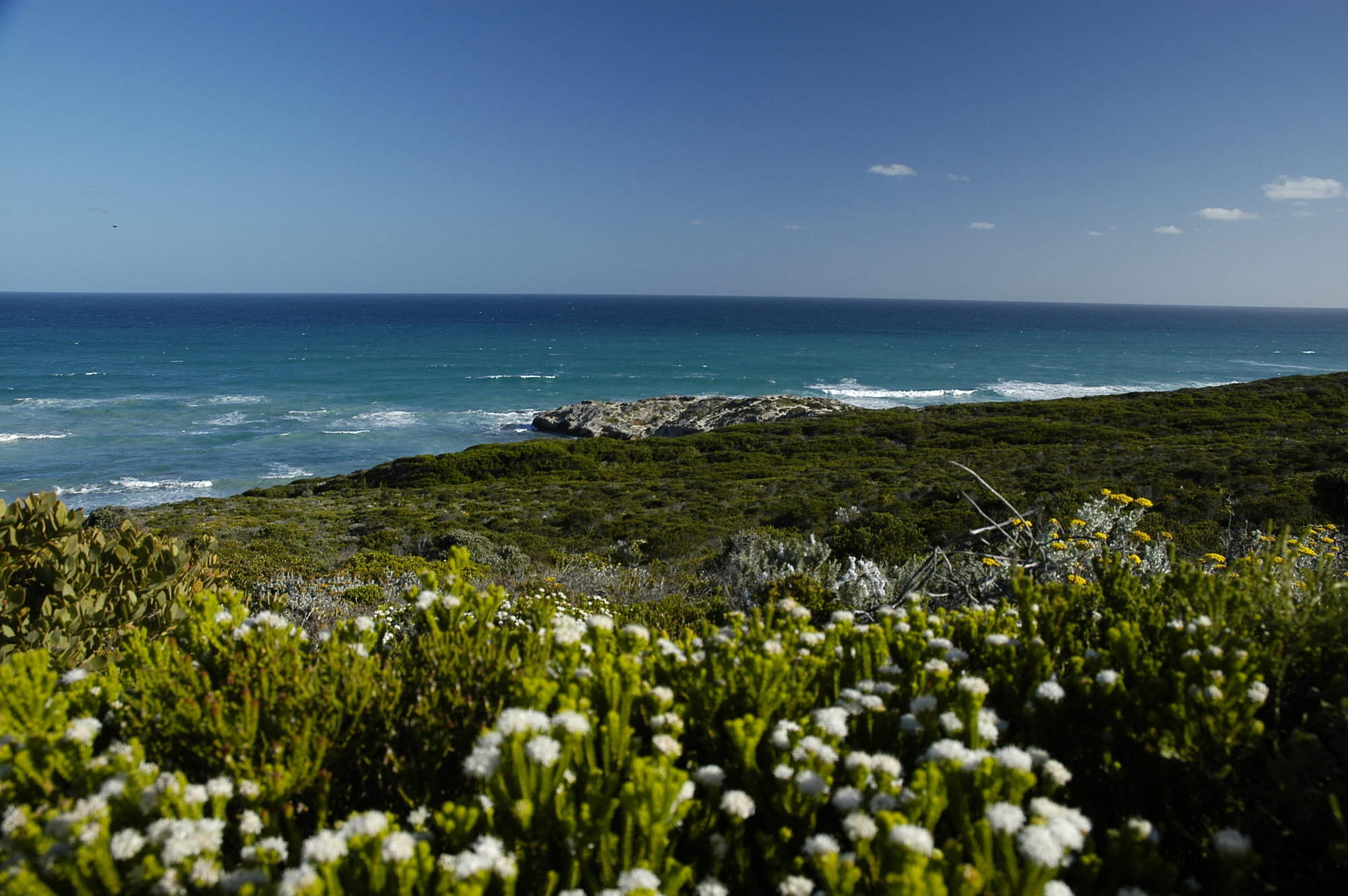 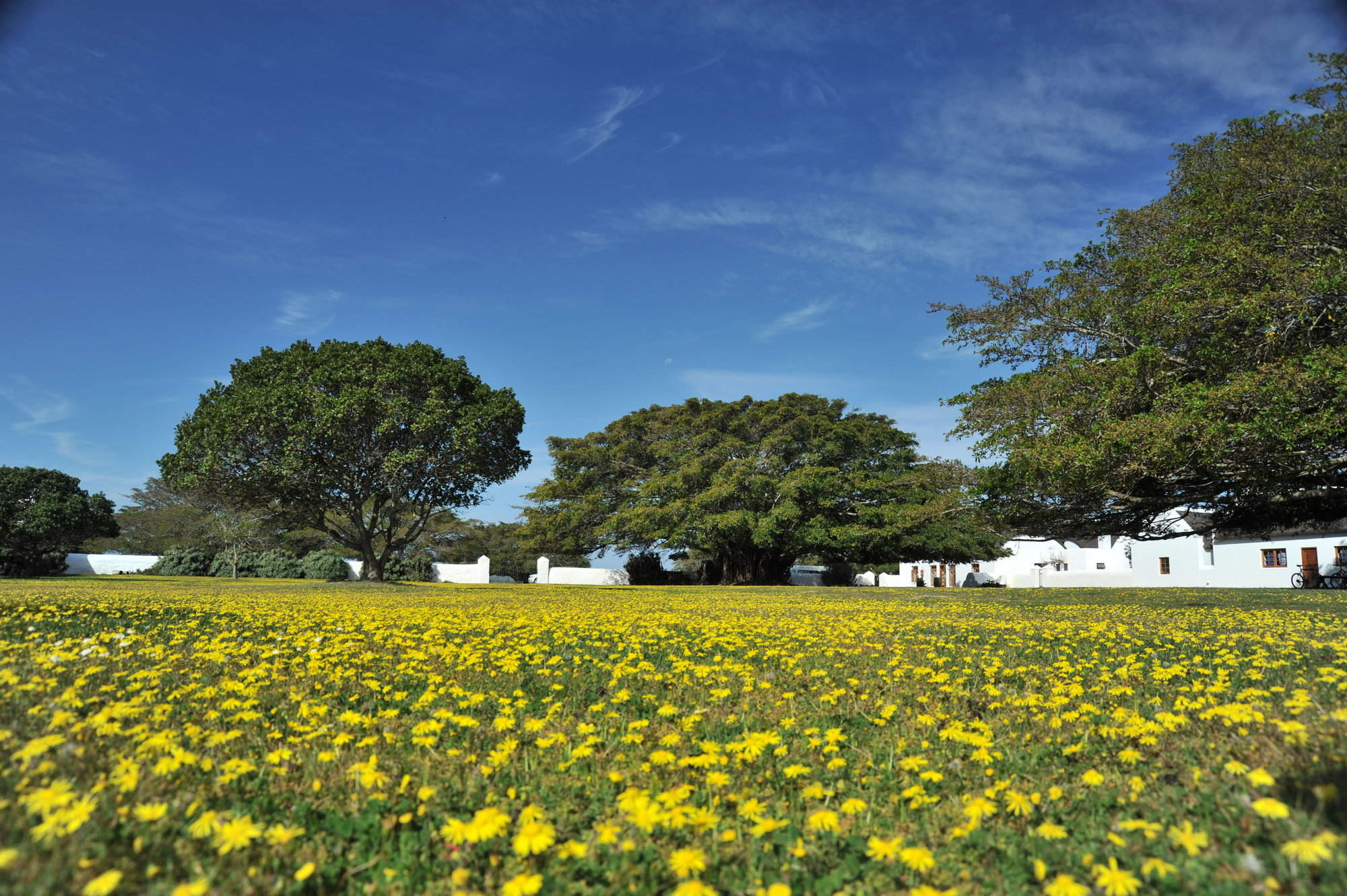 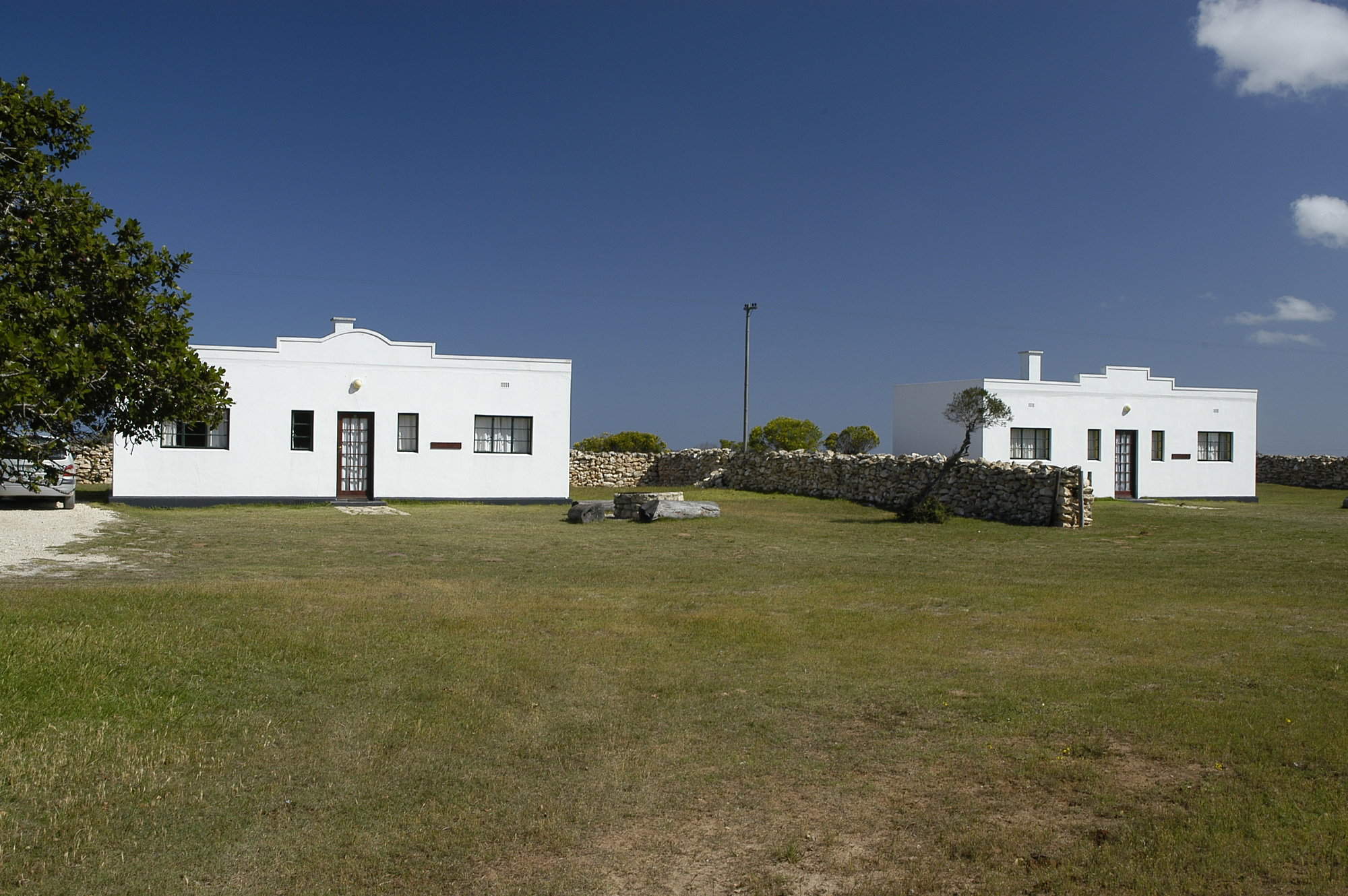 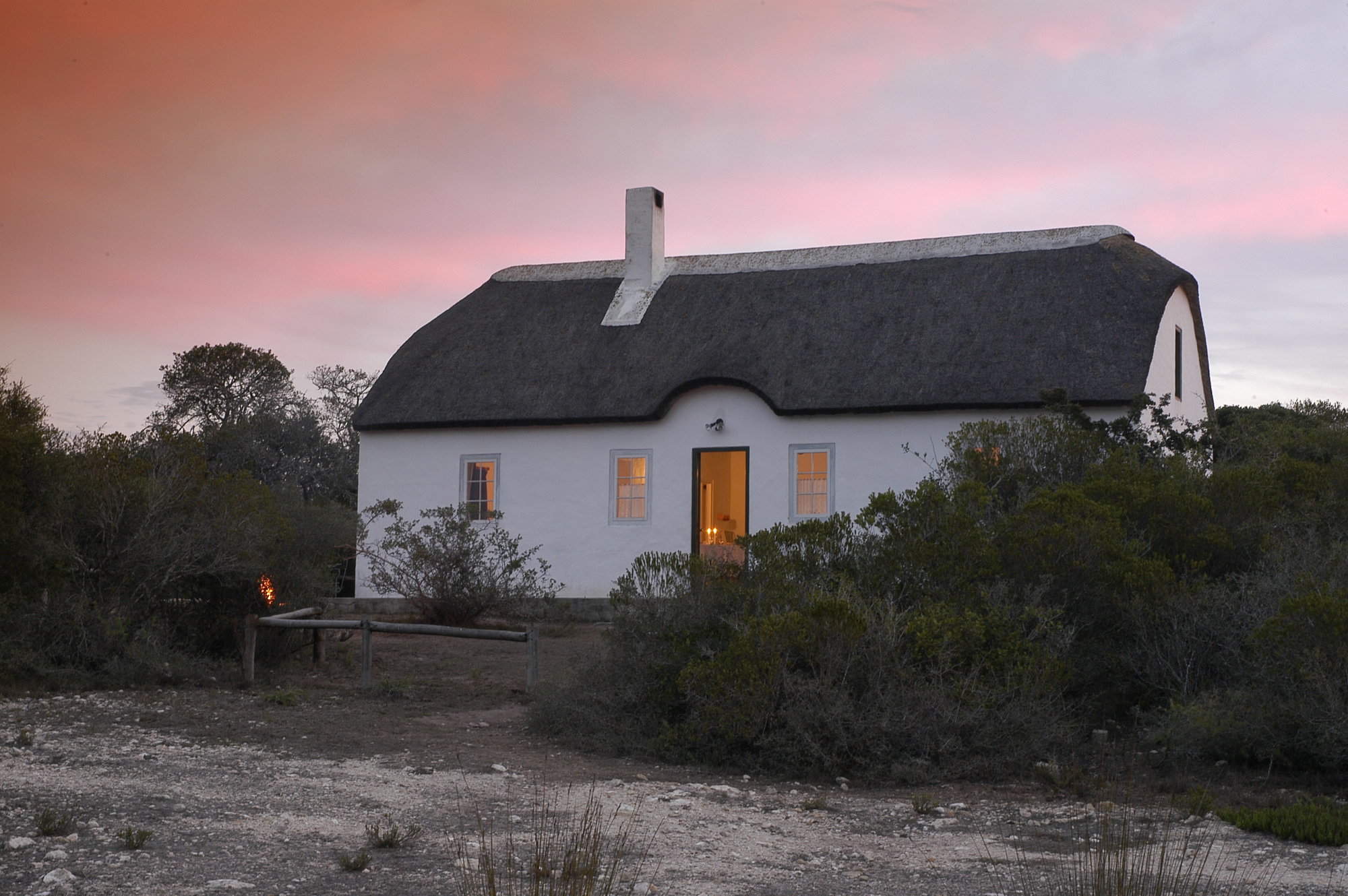 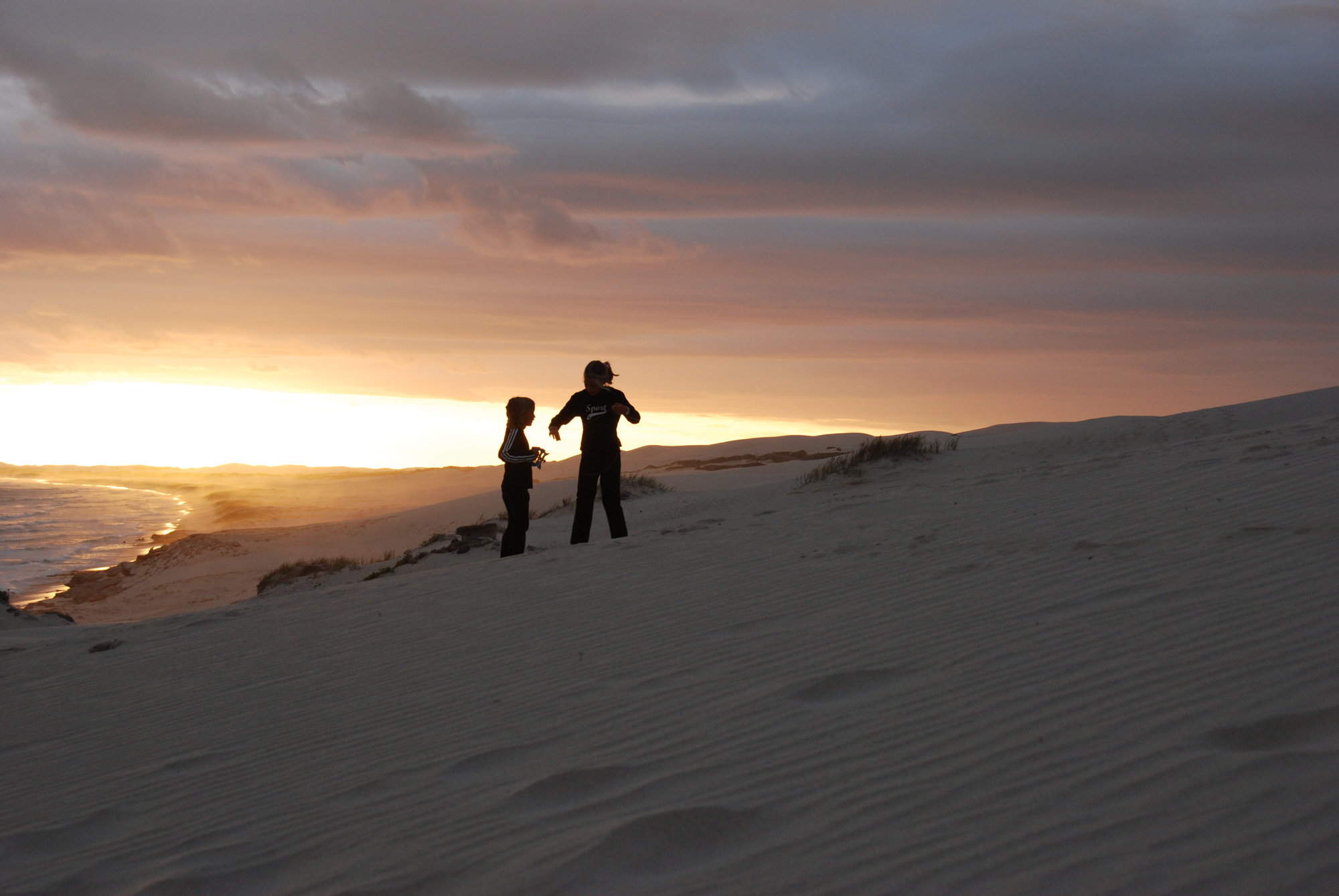 Reviews of The Opstal

21 independent comments and wildlife information from our travellers who have visited The Opstal and kindly agreed to share their thoughts. They do not necessarily represent the views of Expert Africa

2 nights Arrived 7 Jul 2019
"This is a very remote location; about 50km drive on a dirt road from a main road.

The night sky was amazing and we saw whales in the ocean. The cottages themselves are a bit run down but clean and the food options for dinner limited to one restaurant with no children's menu and one price that was relatively expensive (c. R2000 for 3 adults plus 2 children).

It is important to plan a visit to de Hoop better than we did and bring provisions." See all these reviews: 12n in South Africa
Experience Report
Overall Rating:
Good
Location:
Good
Service:
Average
Activities:
Good
Rooms:
Average
Food:
Average
Facilities:
Average
Feedback Response
We were sorry to hear that the food here was a bit limited in the restaurant, we have noted to mention this when chatting to prospective visitors.

Some rooms/cottages at De Hoop, like these travellers had, offer self-catering facilities and then it can be a good option to bring some supplies in with you. However please note that not all rooms offer self-catering, so please do check with us first if this is something that you'd be interested in.

2 nights Arrived 12 Apr 2019
"Well worth visiting, especially the dunes. Abundance of wildlife was a surprise. Lots of Bontebok and ostriches, including young.

Activities were slightly hampered by the tide and weather.

2 nights Arrived 15 Apr 2018
"After a 35 km drive along gravel roads with amazing scenery, we arrived at De Hoop Opstal. This nature reserve is huge and has baboons, zebras, bonteboks and much else. The lake trip is well worth doing as is the early morning bird walk. Unfortunately the skies were not clear enough for guided star spotting. Depending on where you stay, it can be a little walk to the restaurant and shop.

It is another 7 kms to the coast which has fabulous beaches and when the tide is right, you can swim in rock pools. A really peaceful and interesting place to stay." See all these reviews: 7n in South Africa
Experience Report
Overall Rating:
Excellent
Location:
Excellent
Service:
Excellent
Activities:
Excellent
Rooms:
Excellent
Food:
Excellent
Facilities:
Excellent
Mrs J
Bristol

2 nights Arrived 15 Apr 2018
"A wonderful, peaceful place set in a pristine environment. It is well worth the long drive over unmade roads to get there. Our room was not luxurious but had a fantastic view over the lagoon- one morning we had a flypast by a flock of flamingos. Both the early morning bird walk and the boat trip were wonderful, with knowledgeable and friendly guides. Breakfast and dinner were very good, and walking back to the cottage under the stars with a few animals and birds around a magical experience." See all these reviews: 7n in South Africa
Experience Report
Overall Rating:
Excellent
Location:
Excellent
Service:
Excellent
Activities:
Excellent
Rooms:
Good
Facilities:
Excellent
Mr R & Mrs M
UK

3 nights Arrived 4 Mar 2018
"Beautifully restored buildings, interesting coast line and birdlife all combined to give us a very enjoyable stay.

The staff were very helpful and charming and our guide on the birding walk very knowledgeable and likable.

2 nights Arrived 14 Feb 2017
"Well off the beaten track, but what a stunning location! The setting, amidst a varied habitat, provided the ideal environment for a wide variety of birds and animals, which we discovered on self-guided trails. A short drive away we found the stunning coast and dunes. Our accommodation was comfortable, and the food excellent. This was where we were introduced to the delights of Larroche gin!" See all these reviews: 21n in South Africa
Experience Report
Overall Rating:
Excellent
Location:
Excellent
Service:
Excellent
Activities:
Good
Rooms:
Good
Food:
Excellent
Facilities:
Excellent
Mr G
Torquay

"Pitty it is not finished"

3 nights Arrived 3 Oct 2016
"The potential is excellent, but unfortunately we were not told that De Hoop is still undergoing reconstruction. Throughout our stay the room next to ours was being completely remodelled by a construction crew: a wall being partly demolished to insert windows and a door, another open entrance being bricked up. So constant banging and crashing and sawing and workmen's chatter during the day - which was also adjacent to the pool area and spa.

Of course we spent most of the day out in the reserve, so we put up with it rather than requesting a move - and our room (the Dassie Suite) was lovely with a fine view over the lagoon.

The food is of a high standard, although the service struggles a bit to keep up with the numbers. and on our last night the restaurant was overbooked and despite being on half board our table had been given to someone else.

2 nights Arrived 10 Feb 2016
"An unexpected delight! We didn’t know quite what to expect of this place but we loved it – perhaps because we had the best room there (Vlei Suite). The room was lovely; although there was no air con or fan the sheer thickness of the walls kept it pleasantly cool. There had been some previous adverse feedback which made us concerned but we trusted Chris’s advice. Some others had commented on poor reception staff and the variable quality of other staff, opinions with which we concur. (see below)

Staff were generally pleasant and helpful, with two exceptions. Firstly the receptionist who insisted we had to eat at 9pm as dinner was served in two sittings; as we discovered it is actually FROM 7 to 9 not AT 7 or 9. Secondly the waitress who told us we could sit anywhere but, when we chose a table, told us we couldn’t sit there as it was a table for four. When we pointed out that they didn’t have any tables for two she seemed totally confused! She then insisted on presenting our bill before we were ready, ignoring the fact that another staff member was in the process of fixing drinks! The bill was then presented again before we had asked for it even though we hadn’t finished and had just ordered coffee. TIA (This Is Africa)! The manager then took care of us, and we spent some time with him over coffee talking about the history of the place and the plans for future development which was really interesting.

While our room was close to the main building some are quite a distance away (800m plus) and, whilst they have self-catering facilities it seemed as if most people wanted to eat in the restaurant which was quite a walk in the dark so a torch is a necessity.

The reserve is lovely with a variety of habitats, ranging from beaches and dunes to fynbos. The wildlife seems very calm; we have never seen so many eland – and so close to the roads; they didn’t seem bothered at all.

We took an afternoon boat trip which was good value and entertaining with good bird sightings and even a Cape Cobra sunning itself on a rock – as long as it stays on its rock we have no objection!" See all these reviews: 17n in South Africa
Experience Report
Overall Rating:
Good
Location:
Excellent
Service:
Average
Activities:
Excellent
Rooms:
Excellent
Food:
Good
Facilities:
Excellent
Mr Y & Dr C
Essex

2 nights Arrived 25 Jan 2016
"Lovely location with the Vlei and the dunes at the beach offering different and contrasting experiences. The marked walk along the Vlei was well marked with lots of birdlife including fish eagles and giant kingfishers. At the beach we saw a couple of schools of dolphins and enjoyed an excellent picnic lunch, provided in a cool bag with plates and cutlery. It was so generous that we finished it the following day.

The camp buildings are well spaced out so there's a wonderful feeling of space and privacy, although part of the reason for this is that we changed our room on check in. We had been booked in the manor House which we understood could sleep up to six people, but we were not expecting to share with anyone else and without separate locks on the bedroom doors. Fortunately Florence at reception was able to relocate us into a Vlei Cottage which was also very comfortable, more private and had a great view.

The food was good and Dickson, our waiter gave good and detailed recommendations on the best wine to accompany the meal." See all these reviews: 9n in South Africa
Experience Report
Overall Rating:
Excellent
Location:
Excellent
Service:
Excellent
Activities:
Excellent
Rooms:
Excellent
Food:
Good
Facilities:
Good
Showing 1-10 of 21
123
Next
88%
21 reviews of The Opstal by travellers since August 2007
Overall rating by our travellers
12
7
0
2
0
Filter by month

Overlooking a stunning beach and the Indian Ocean, Lekkerwater Beach Lodge is a modern camp with very comfortable rooms in a little known yet beautiful reserve.