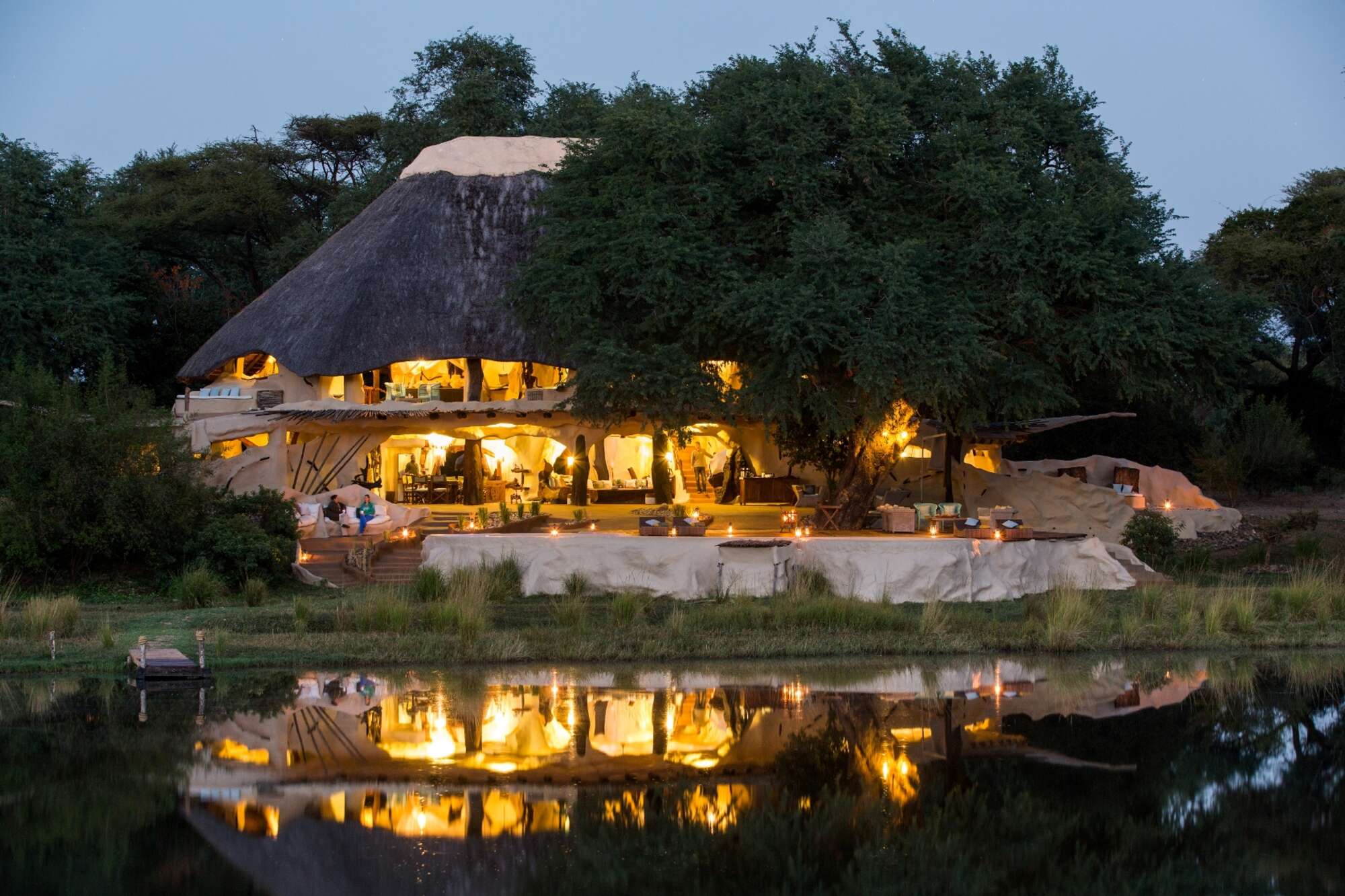 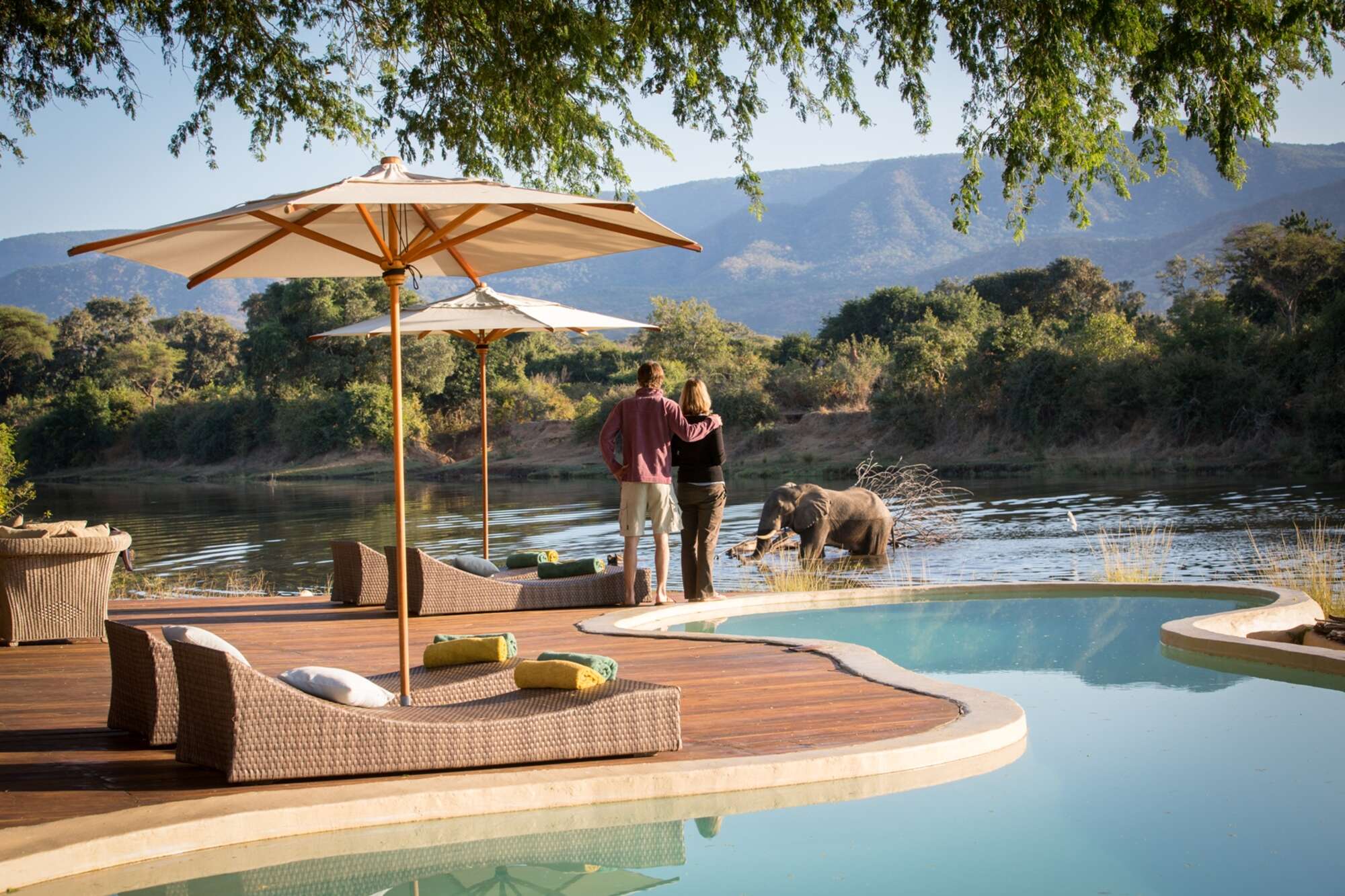 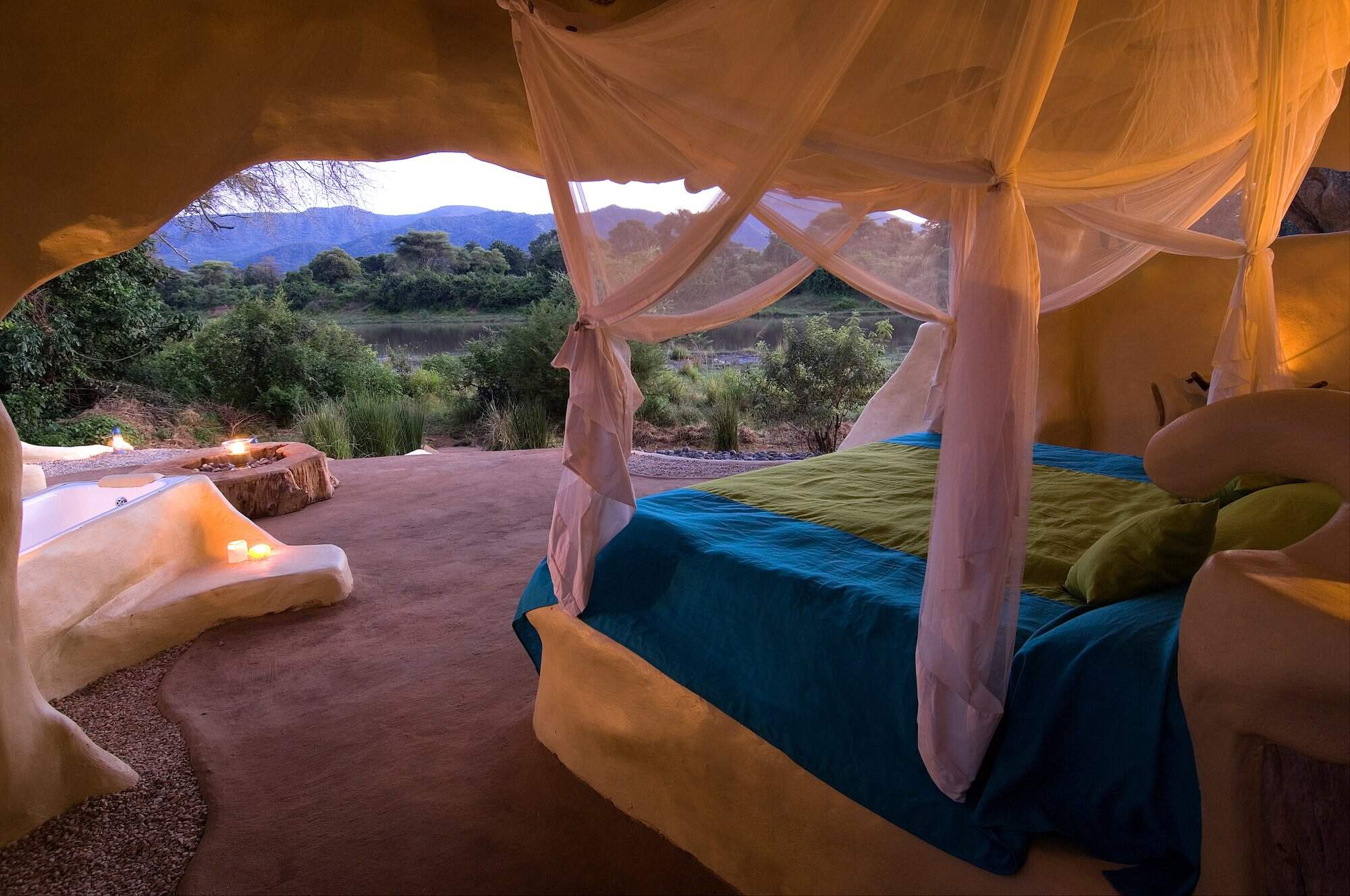 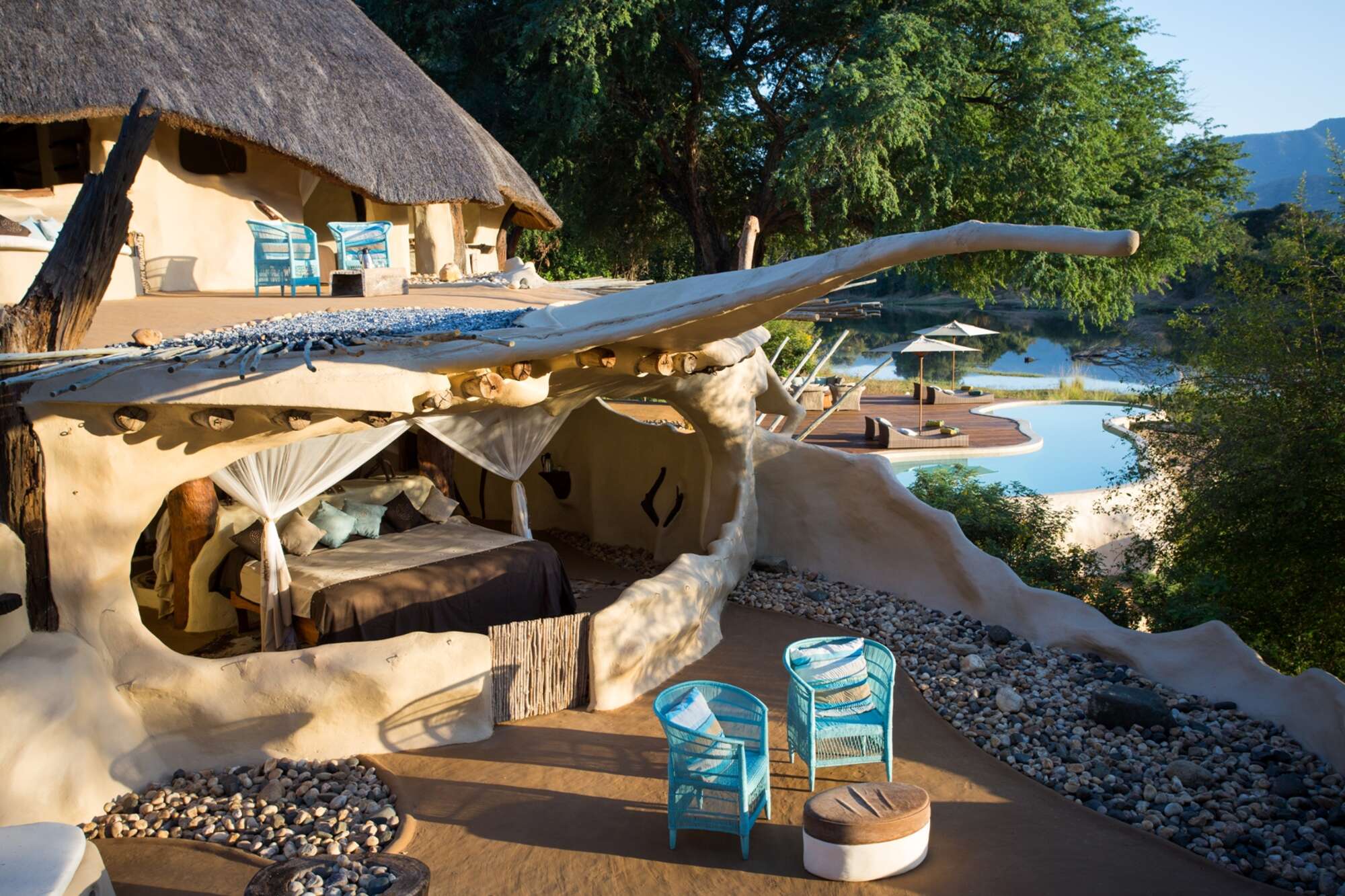 8 independent comments and wildlife information from our travellers who have visited Chongwe River House and kindly agreed to share their thoughts. They do not necessarily represent the views of Expert Africa

Showing 1-8 of 8
Duration
Mr I
London

4 nights Arrived 26 Aug 2016
"From collection at the airport to our (sad) departure, we had the most incredible experience at Change River Camp.

A 20 minute drive from the airport until we arrived at the Camp, but what a sight when we got there. The most beautifully designed house which optimises the viewing of the river and the animals that are seen roaming very nearby. We had elephants on our doorstep, baboons nearby, impala grazing and hippopotamus snoozing.

The house is full of the comforts you would expect, and the hosts (Nicky and Alan) led a team that were professional, friendly and always willing to help. Food was exceptional and they looked after our parties dietary requirements with ease.

Whether on land or on water, the safari adventures were wonderful and Alan is so enthusiastic to find animals in the bush that it is contagious. I would have absolutely no hesitation whatsoever to return." See all these reviews: 13n in Zambia
Experience Report
Overall Rating:
Excellent
Location:
Excellent
Service:
Excellent
Activities:
Excellent
Rooms:
Excellent
Food:
Excellent
Facilities:
Excellent
Mr P
London

4 nights Arrived 14 Sep 2015
"Chongwe House was a fabulous facility and its location is just out of this world. The staff were extremely welcoming and accommodated all our needs.

There would be a couple of suggestions we would offer as thoughts for improvement - leather drapes instead of doors don't really offer much privacy and for large groups like we had more staff are required at meal times so that the food (which is of a very high standard) reaches the table at its best (the distance from kitchen to table isn't short so at dinner it sometimes wasn't hot when arriving).

These are minor suggestions and in no way impacted the enjoyment and memorability of our stay. The combination of river safari and driving safari was just amazing and the experience of paddling for sun-downers in the middle of The Zambezi will remain with us for the rest of our days." See all these reviews: 8n in Zambia; 2n in Zimbabwe
Experience Report
Overall Rating:
Excellent
Location:
Excellent
Service:
Good
Activities:
Excellent
Rooms:
Good
Food:
Excellent
Facilities:
Excellent
Mr T & Mr L
London

4 nights Arrived 14 Sep 2015
"Architecturally striking house, at the side of the Chongwe River. We stayed as part of a group (the house has four rooms).

Overall this was an excellent and very comfortable stay although the open plan nature of the house meant that the rooms lacked privacy and there was quite a lot of noise in the morning as people congregated downstairs.

Probably the nicest thing was the proximity to the river which allowed us to take a boat deep into the park and be met by a vehicle and driven slowly back. This was especially helpful since the game in the vicinity of the gate was pretty lacklustre compared to what could be seen deeper in the park. The team also put on an awesome lunch by the Zambezi as well as a fun sundowner on a sandbank in the river." See all these reviews: 7n in Zambia; 2n in Zimbabwe
Experience Report
Overall Rating:
Excellent
Location:
Excellent
Service:
Excellent
Activities:
Excellent
Rooms:
Good
Food:
Excellent
Facilities:
Good
Mr & Mrs M
Victoria

4 nights Arrived 10 Jun 2015
"Chongwe River House is an outrageous, luxurious four bedroom house on the edge of Lower Zambezi National Park that provides an array of great activities: game drives, walks, canoeing, boating, tiger fishing, four wheel driving or simply lounging about the house keeping an eye on the elephants, hippos, kudus, water bucks, warthogs and monkeys in the back and front yards.

As with our other guides in Zambia, Moses led us in four days of great wildlife and bird viewing with the highlight being a walk that encountered a small pack of African Wild Dogs on a chase." See all these reviews: 13n in Zambia; 3n in Botswana
Experience Report
Overall Rating:
Excellent
Location:
Excellent
Service:
Excellent
Activities:
Excellent
Rooms:
Excellent
Food:
Good
Facilities:
Excellent
B x 6
Seattle

4 nights Arrived 26 Sep 2009
"The overall experience here was excellent. The originality of the architecture was striking - and stretched ones views on what is possible.

The seamless way this team functioned and the obvious competence of everyone we interacted with just added to our experience. Brenden, who was preparing to leave for a paternity break, exudes confidence and experience and was delightful company. Mario, our guide, introduced us to tiger fishing and to canoeing on the Zambezi.

Special mention needs to be made of the chef, Mario's brother, and of Francis, who took great care of us.

After two plus weeks of game drives time spent on the water was a welcome change. It was good scheduling to do this at the end - not the start - of our trip" See all these reviews: 10n in Zambia
Experience Report
Overall Rating:
Excellent
Location:
Good
Service:
Excellent
Facilities:
Excellent
Rooms:
Excellent
Food:
Excellent
The W family
Luton

7 nights Arrived 13 Nov 2007
"Chongwe River House can't be pigeon-holed - it's a totally unique property. Each bedroom is the same size, all with an excellent private outside seating area. The only difference was that the two rooms downstairs had bath tubs outside whereas the two upstairs had the baths in the rooms.

There was a good sized glass topped table in the living room along with a table and chairs on the deck by the pool for eating. The seating area in the living room was not the most comfortable for lounging but ok for flicking through one of the many books or writing up a diary. This was probably the only downside we had with the house.

Our hosts were Garth and Lindsey, who, sadly have now left. Lindsey created some innovative menus - even the porridge was served with whisky cream. An unusual start for 6.00am!!

It had rained twice by the time we arrived in the second week of November so game was perhaps a little harder to spot but Garth pulled out all the stops and despite the Lower Zambezi not having the variety of game as, say, the South Luangua, we weren't disappointed.

One of the biggest +s for us was the variation of activities at Chongwe River House. We were a party of five and, inevitably, some people were more comfortable doing one thing than another. One day, the five of us split into three groups, so my son and I went fishing on the Zambezi for tiger fish, my husband went for a canoe trip and my in-laws did a safari drive. It was all very flexible.

For an intimate safari in the Lower Zambezi, with superb guiding, Old Mondoro is up there with the best.

Tarafa Springs offers the opportunity to experience the wilderness of the Lower Zambezi National Park, in this rustic bushcamp located next to the main Zambezi escarpment.