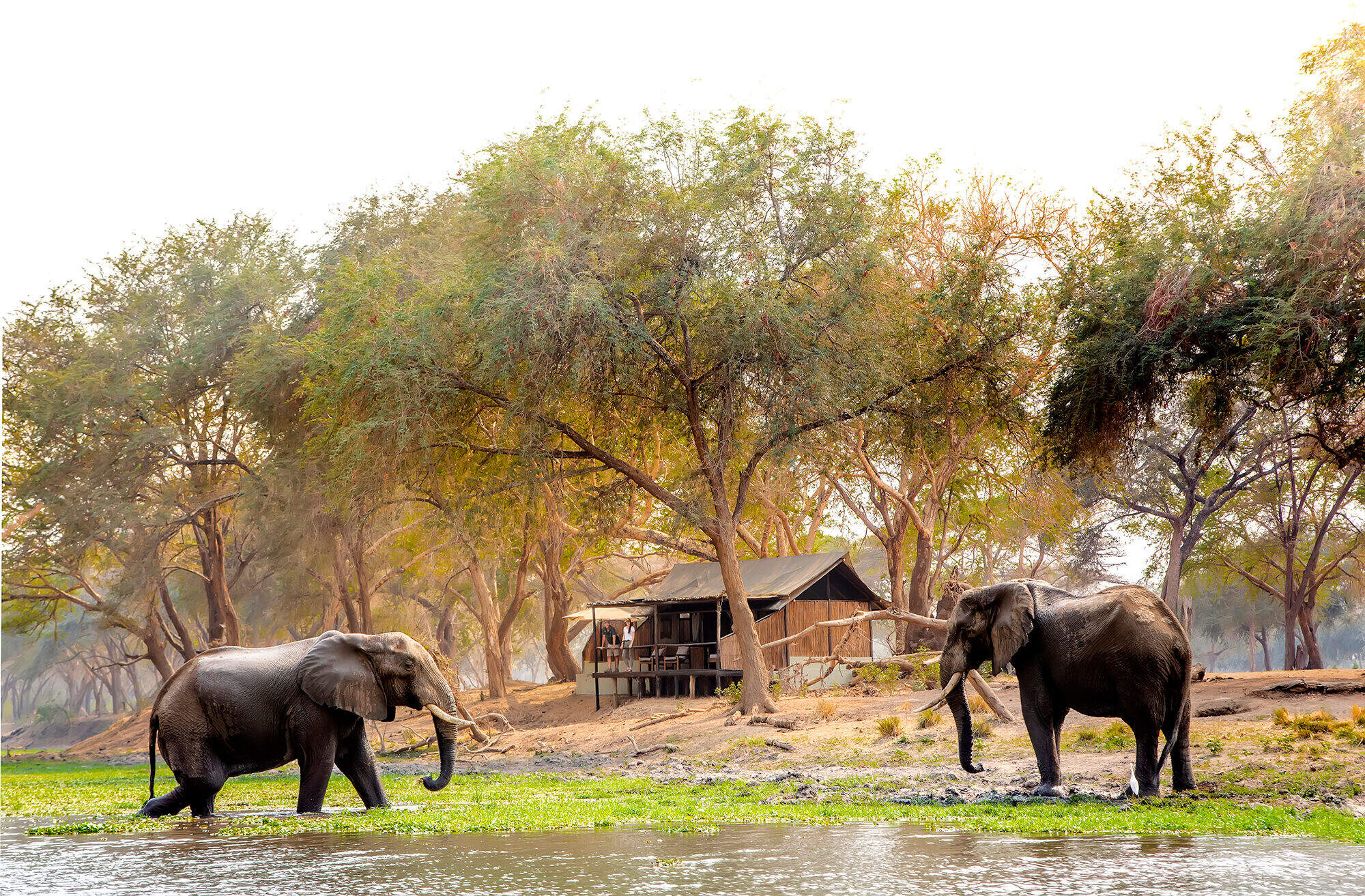 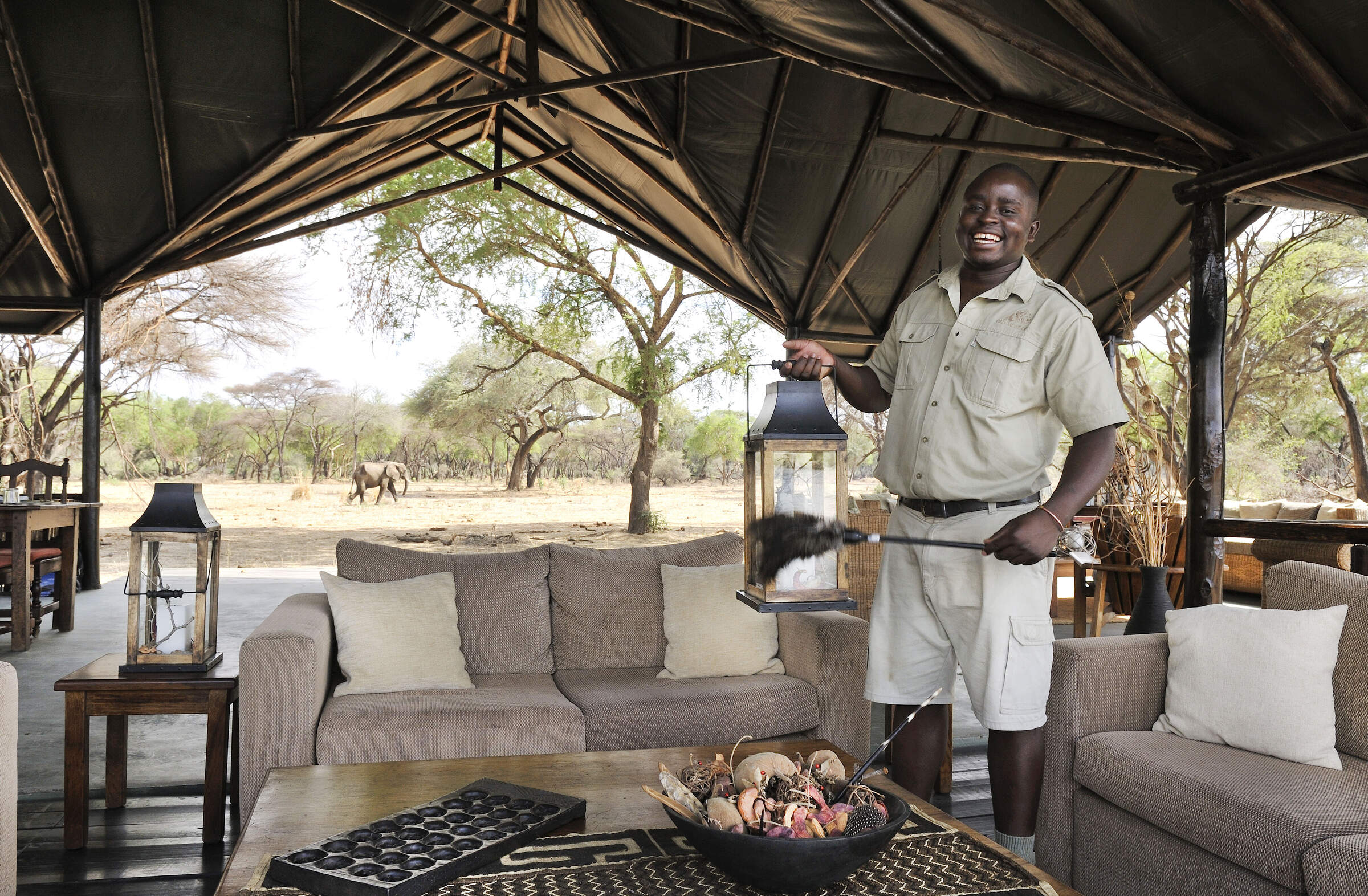 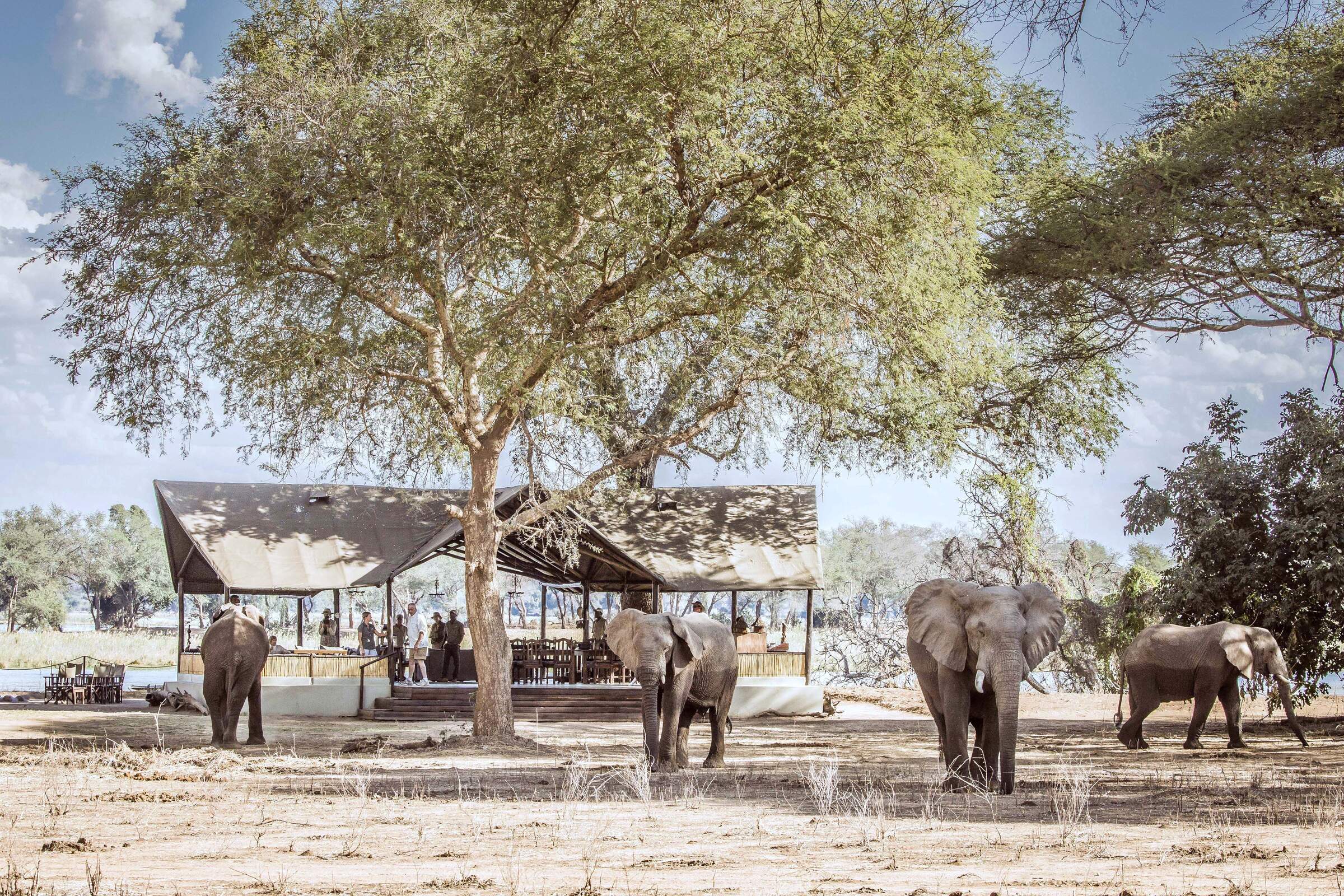 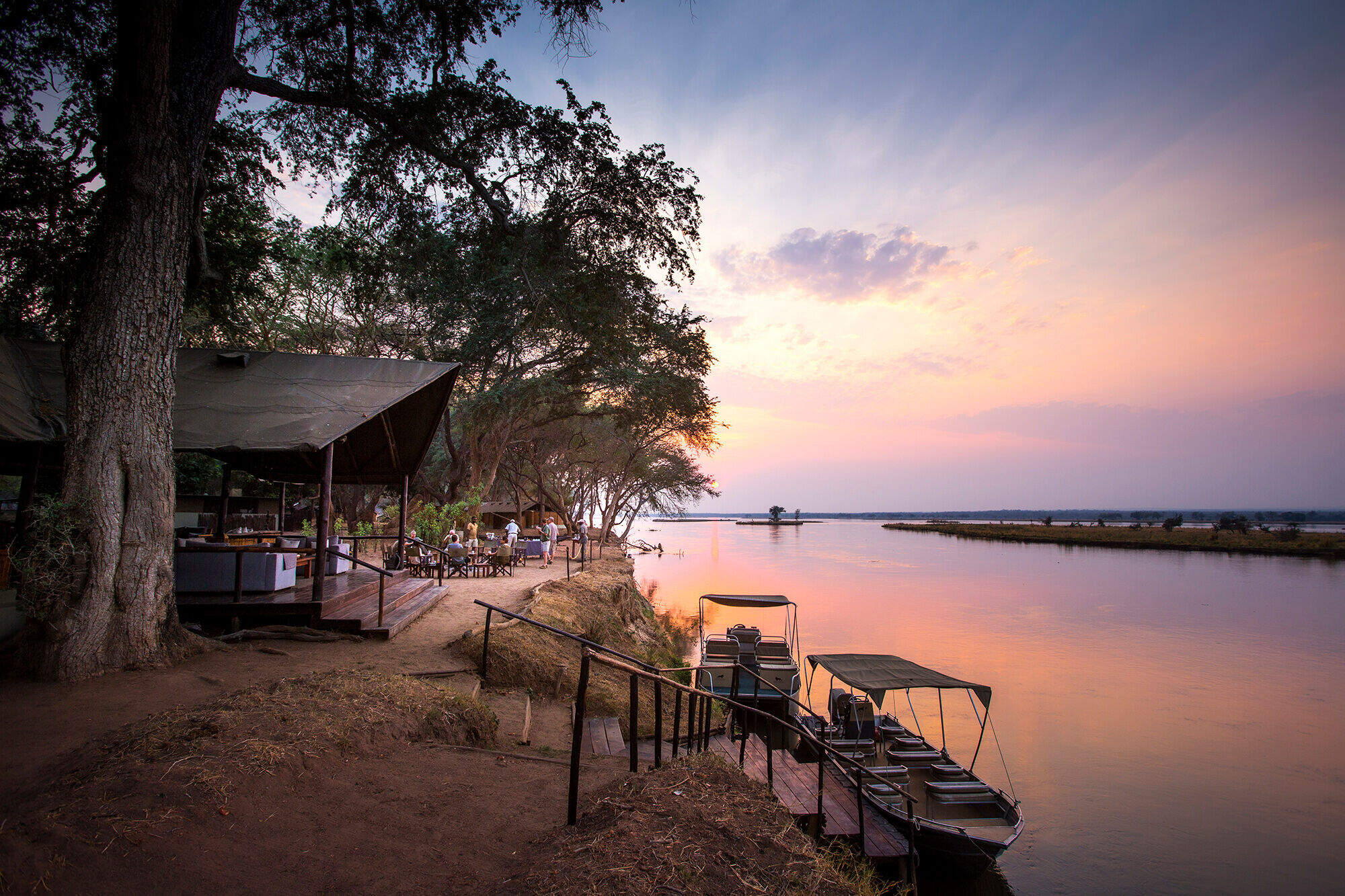 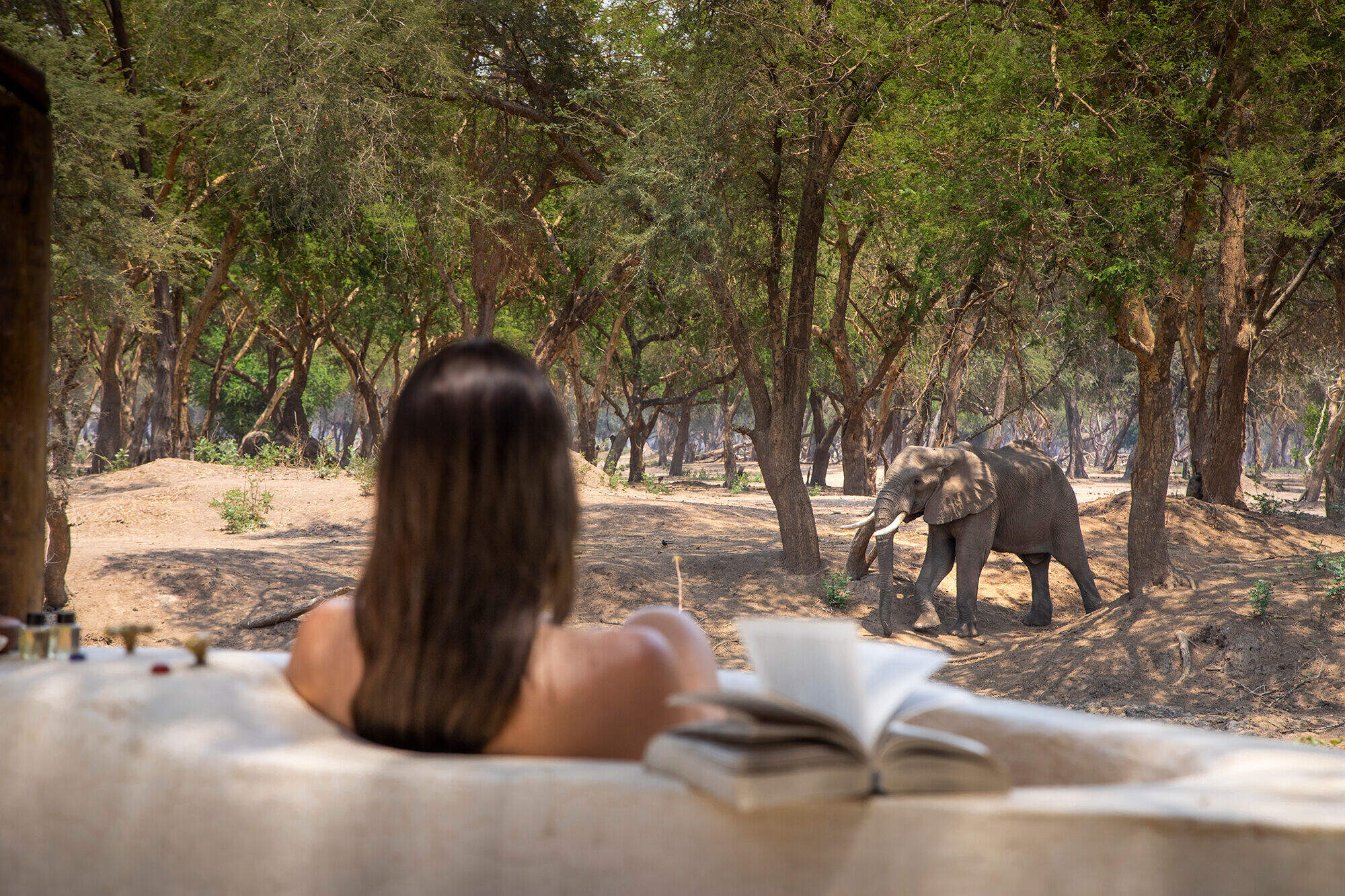 102 independent comments and wildlife information from our travellers who have visited Old Mondoro Bushcamp and kindly agreed to share their thoughts. They do not necessarily represent the views of Expert Africa

4 nights Arrived 26 Sep 2019
"Amanda, thanks a million for managing to secure our room request of Room 4---certainly the best on the property, as it faces the lagoon, which attracts lots of wildlife

For your info, they have built another room---room 5----which also faces this lagoon---so also very good

The only problem this year, and problem is not the proper use of that word, is that as the water levels were so low, there was less water in the lagoon, and therefore a few less animals---but that's nature for you---and climate change!

It has new managers who are good and helpful

The "dinner party "style at dinner times is lovely and again, we met some very nice and interesting people

Two of the guides were very very good---particularly Marshall, but also James was very good

What made Marshall so remarkable is the amount of overseas travel that he has done, which has widened his outlook on everything from the history of countries to the economics of various countries

So. apart from him being a very good guide, he was also a very interesting intelligent guide and we had some great drives with him

There are supposedly many leopards at Old Mondoro, and last time we visited here in Sept 2017, with yourselves. we saw many sightings and many diurnal sightings. This year, despite Marshall's best intentions, we saw only 1 x nocturnal sighting which was a bit disappointing

The same with the lions-----in Sept 2017, we saw lots of good sightings, but there seem to be far less lions around this year, which was a shame

Saw heaps and heaps of elephants here and also on the boat the Chobe Princess, which I forgot to mention

3 nights Arrived 18 Sep 2019
"As the other camps, staff, food, accommodation and activities were great The two main guides, Marshall and Sebastion were outstanding. Tongue in cheek requests to Sebastion for a Pel's Fishing Owl and an Aardvark produced both in under an hour!

A couple of points:

The camp is very spread out and the need for vehicle transport because of the presence of elephant and buffalo, rather than walking could be inconvenient.

Secondly, visitors would be well advised to get their requests for activities in early. We could not initially get a boat trip when we wanted because a group had booked a boat every day for fishing. Also the manager was not that attentive in putting like minded people together. In both cases the guides were more attune and found solutions. Having said that, Mark the manager was very good and experienced.

The use of red spotlights at this camp greatly enhanced night drives, and allowed approach to animals without distressing them.

We really enjoyed a leisurely boat ride down the Zambezi with great views of birds and animals We would have liked to have canoed in some of the Zambezi channels but the water was too low for this.

Passing through a huge herd of Buffalo after dark.

Watching around 6 large crocodiles dismember a dead Hippo, while another 30 smaller crocs looked on.

3 nights Arrived 28 Aug 2019
"It was my second time returning to this camp and thoroughly enjoyed my stay this time again.

The setting is delightful, right on the Lower Zambezi river and surrounded by beautiful trees. Even with the addition of a 5th tent, the camp remains "bijou", the team is wonderful. Wildlife is plentiful (in the camp and nearby). The leopard sightings were absolutely outstanding.

4 nights Arrived 22 Aug 2019
"Lovely camp. We were in room 3 which has the benefit of a view over the river and the lagoon - siesta time was spent watching an ever changing wildlife panorama from the veranda.

Juliet and James were very friendly, welcoming hosts and all the guides were excellent.

We had some fantastic leopard sightings here but will always have a memory of the elephants ambling through the camp and stopping to browse or have a good scratch on the trees.

4 nights Arrived 30 Jul 2019
"We loved the camp's location right on the river, and the surrounding floodplain with its beautiful winterthorns and mahogany trees created a really magical setting. Mark and Madelein were energetic and enthusiastic hosts who made us feel very welcome.

We had great sightings of leopard and lion on our game drives, when we met barely another vehicle, but just as good were the evening drives after sunset using a filtered spotlight. On one of these - thanks in particular to the sharp eyes of our spotter and trainee guide Samora - we were lucky enough to see an aardvark, something we had never ever thought would happen and which was really a highlight of the whole trip." See all these reviews: 13n in Zambia
Experience Report
Overall Rating:
Excellent
Location:
Excellent
Service:
Excellent
Activities:
Excellent
Rooms:
Excellent
Food:
Excellent
Facilities:
Excellent
Ms M.
Peyia

2 nights Arrived 29 Jul 2019
"The luxury continued here on a similar basis to Chiawa Camp - facilities luxurious and comfortable. Chalet overlooked part of the river, so spent the afternoon siesta time watching animals from the terrace area of our room. Staff all friendly, helpful and knowledgeable.

Delicious food, which included a full cooked breakfast on our last day - nothing was too much trouble. All game drives were exceptional including a river safari. Particularly liked the "hot water bottle" which we had on the early morning game drives - when it was cold, these were a godsend!

3 nights Arrived 21 Jun 2019
"We loved the location. It is extremely photogenic with the camp overlooking a wide expanse of river with numerous pods of Hippo wallowing in the shallows.

We found the accommodation most comfortable; all chalets are perfectly situated facing a small tributary with the main river to the left. Game was ever present: elephant were regularly sighted having mud baths a few metres away below our veranda; plus water buck, buffalo, impala and countless birds large and small: Goliath Heron, Grey Heron, Egrets, King fishers and Ibis.

The staff were lovely: attentive and courteous, and the food was excellent. No chance of losing weight here, with the charming Madeline, the hostess, anticipating our needs before we knew we needed them! The very knowledgeable guides proved to be expert trackers - the excellent host Mark being one and Sebastian another. We saw leopard three times in our short stay, and the rare aardvark and honey badgers on our nocturnal safaris.

We also loved the canoeing and boating experiences: lots of crocs, hippos, marabou storks, marshal eagles, fish eagles, a Harriet hawk, bee eaters and more kingfishers. On land the open vehicles gave unrestricted viewing. My only recommendation would be to have adjustable camera selves on the guide rails to rest long lenses on.

Chongwe River House is a stylish four-bedroom house designed for the exclusive use of families and small groups, affording the ultimate in flexibility on safari.

Tarafa Springs offers the opportunity to experience the wilderness of the Lower Zambezi National Park, in this rustic bushcamp located next to the main Zambezi escarpment.