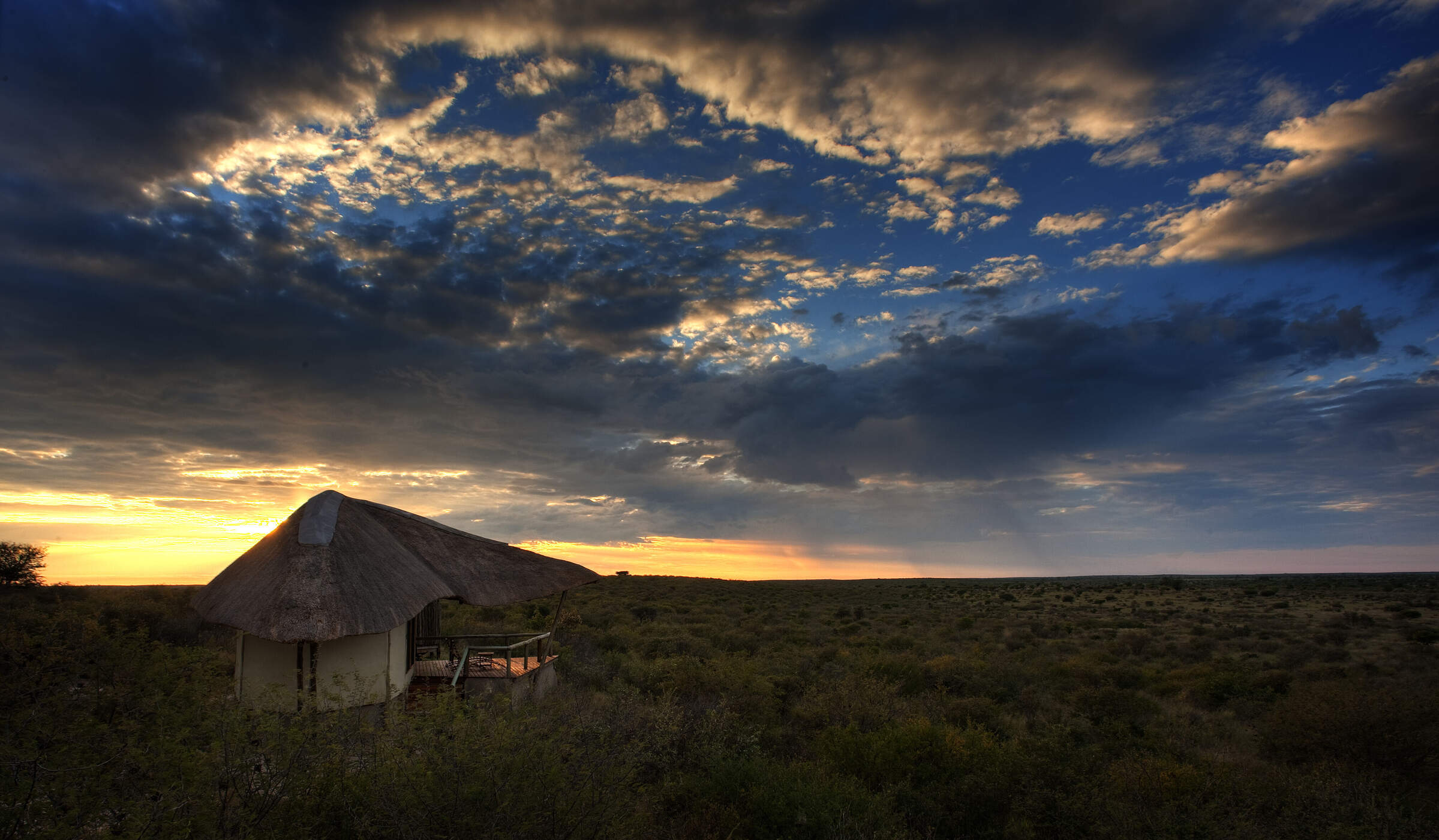 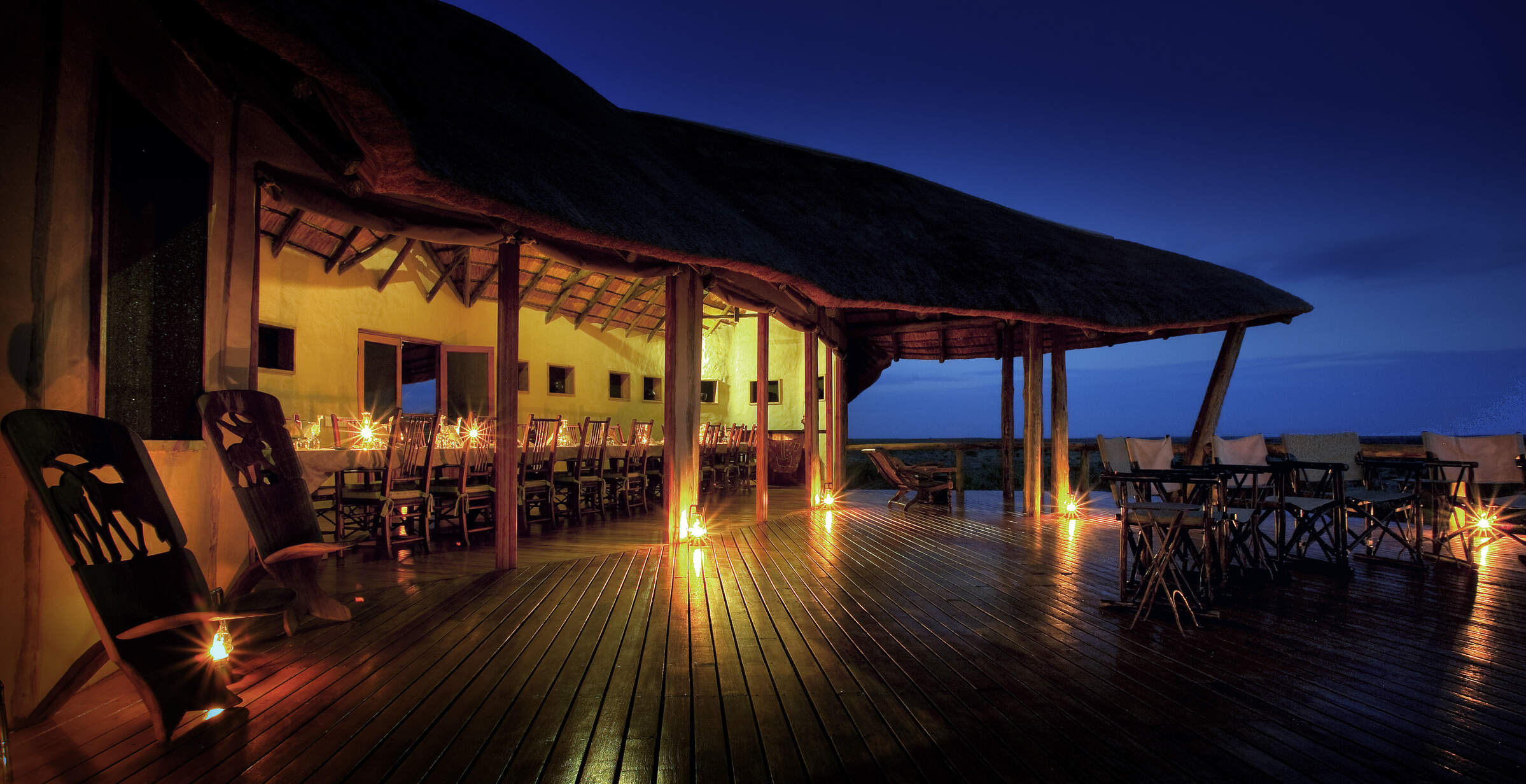 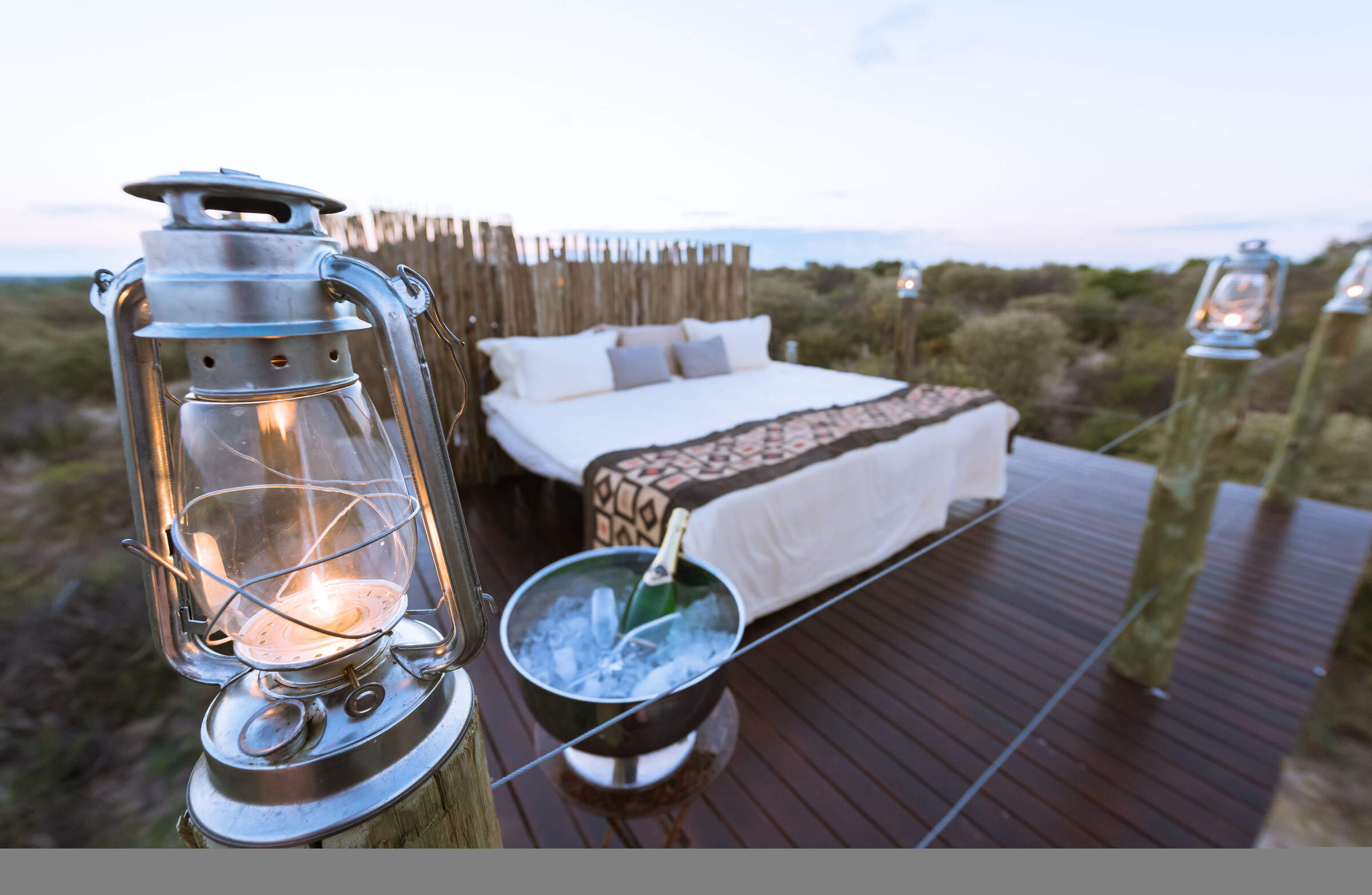 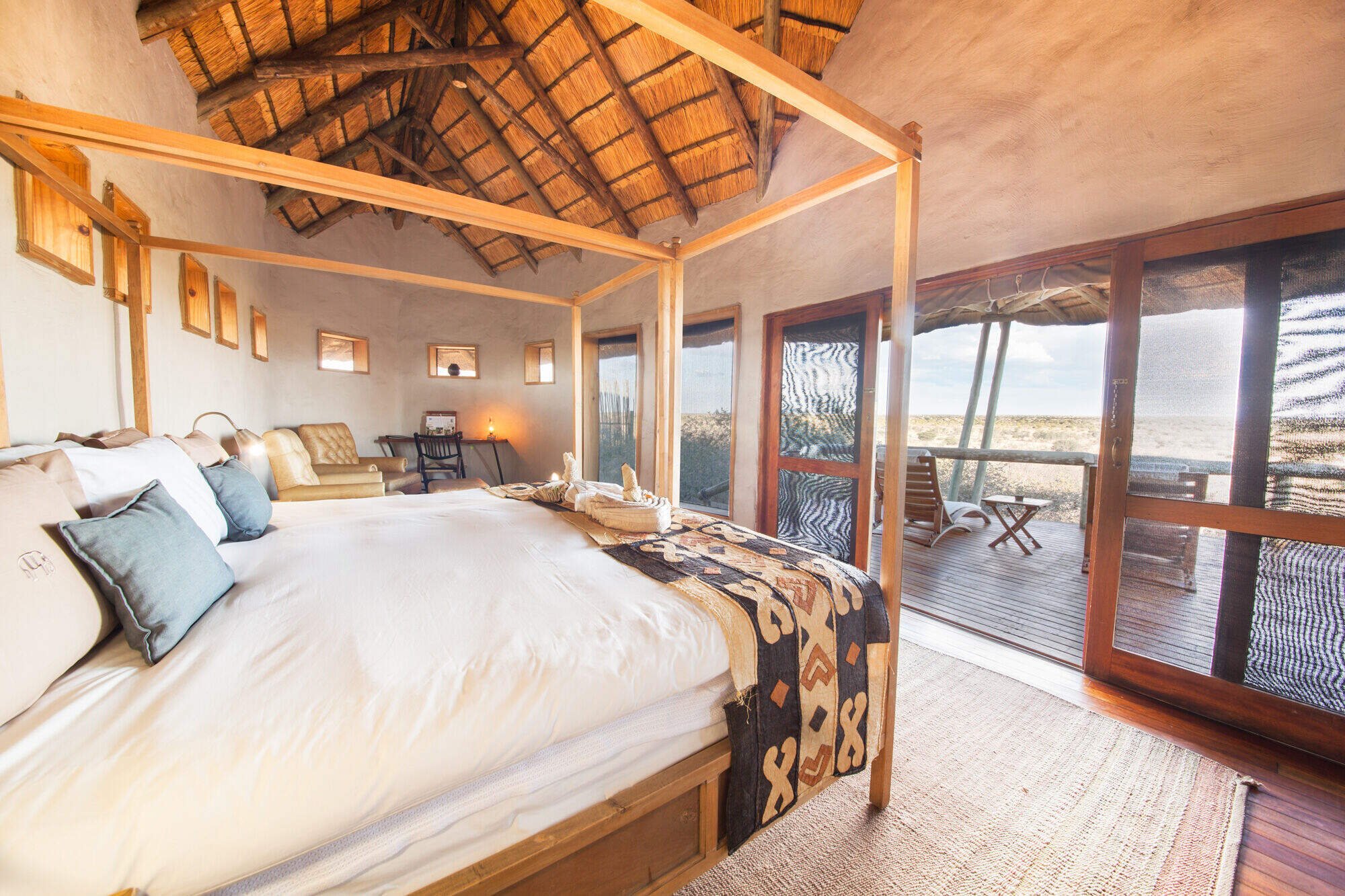 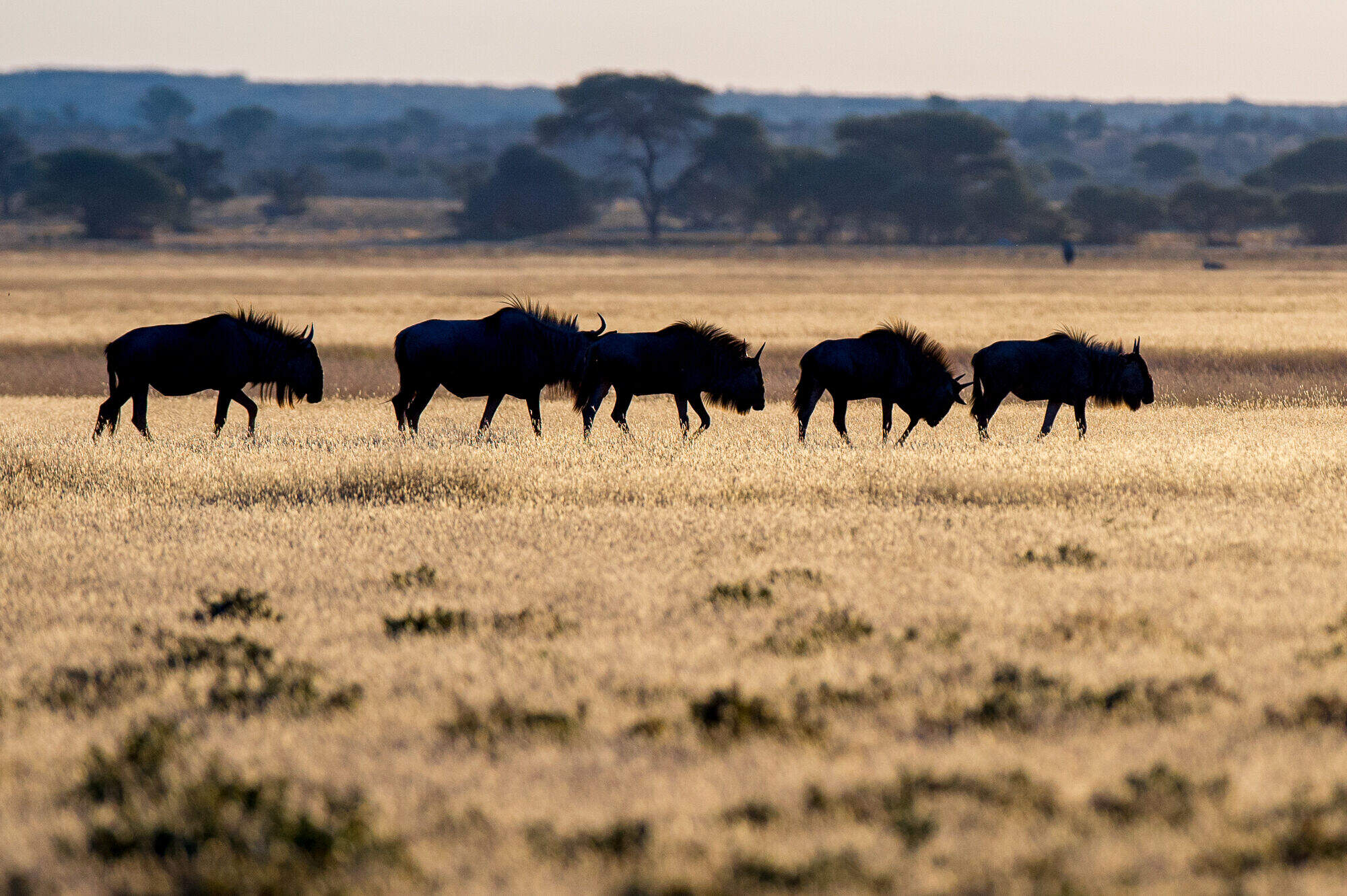 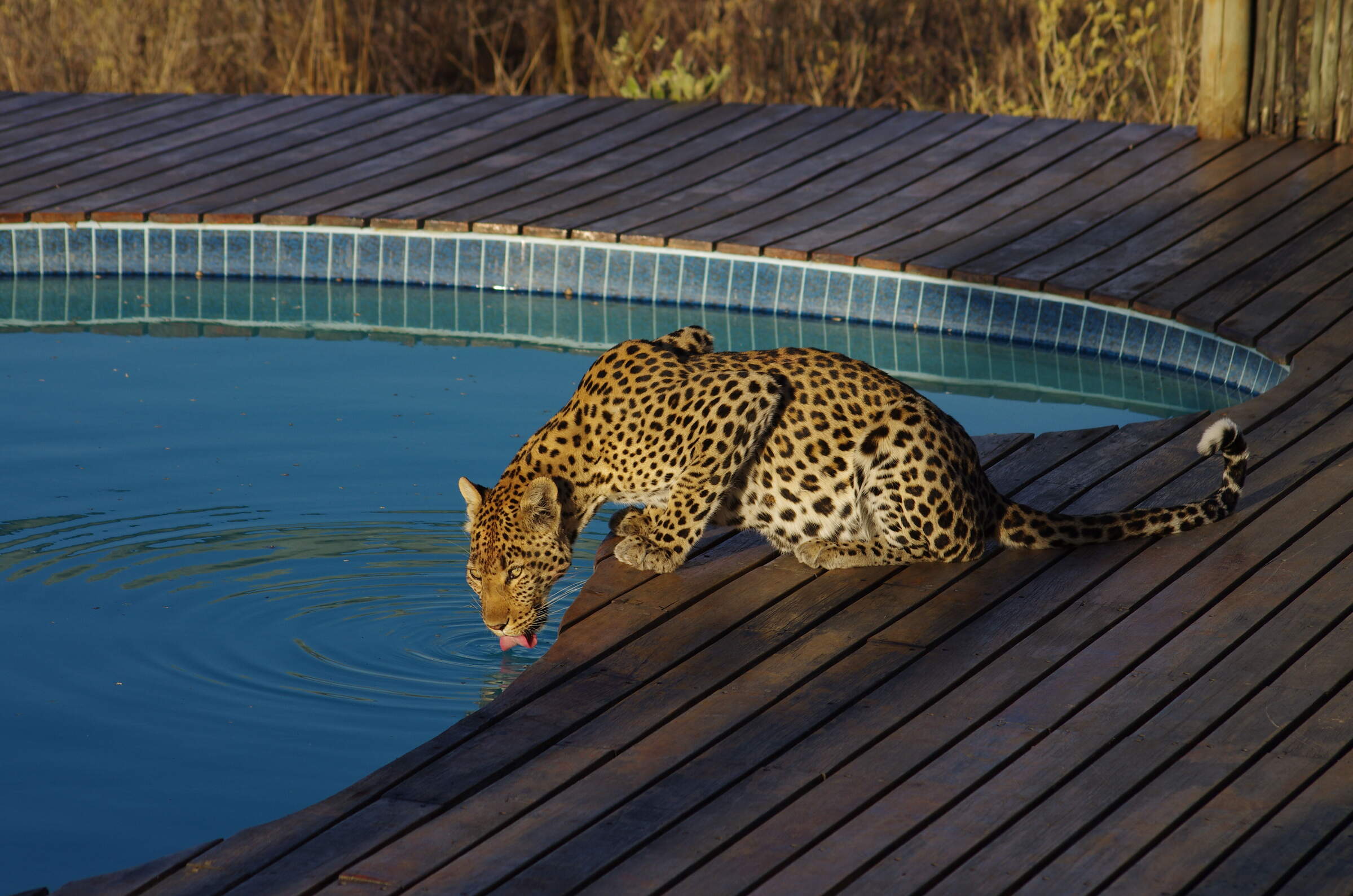 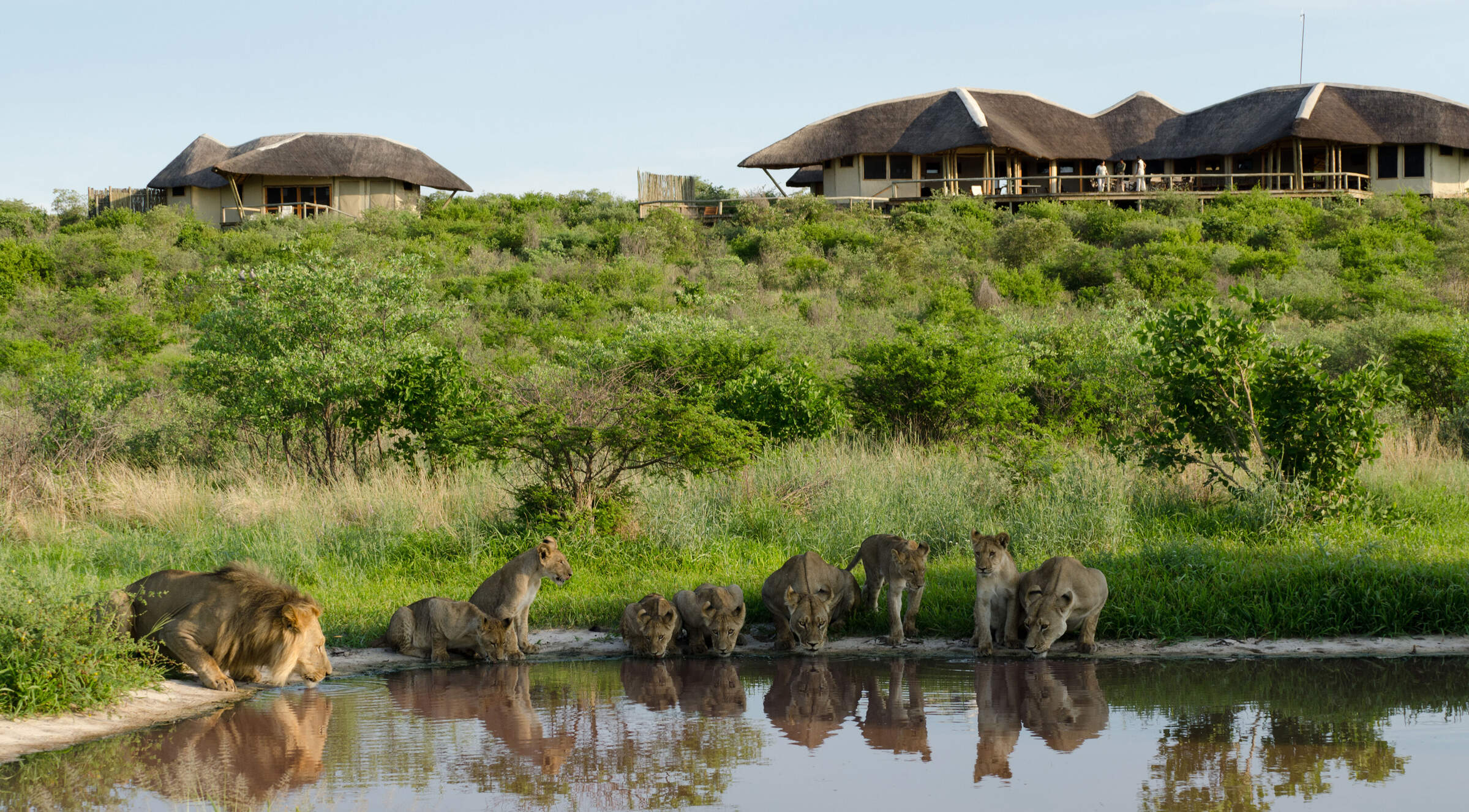 76 independent comments and wildlife information from our travellers who have visited Tau Pan Camp and kindly agreed to share their thoughts. They do not necessarily represent the views of Expert Africa

3 nights Arrived 17 Mar 2014
"I would rate it 2.5 stars cheap and cheerful. The rooms were small but clean. The food was adequate but cheap - chicken for dinner 2 nights and pulled beef 3rd night. Breakfast at 0530 consisted of muffins and tea/coffee. The staff were enthusiastic. The guide Vasco was excellent.

A bit like I imagined Butlins - not that I was ever there" See all these reviews: 9n in Botswana
Experience Report
Overall Rating:
Average
Location:
Good
Service:
Average
Rooms:
Average
Food:
Poor
Mrs L
Basingstoke

3 nights Arrived 19 Feb 2014
"Excellent camp in beautiful position overlooking the salt pan, lovely staff and superb food. The green season is a wonderful time to visit and although long grass can make game viewing difficult, we saw hundreds of Gemsbok and a considerable number of black-manned Kalahari Lions. In addition to hundreds of Falcons, White Storks appeared on the Pan one morning alongside the Gemsbok, Giraffes and Springboks which was an amazing sight. In addition our guide, Timber, and our tracker, PK, gave us a lot of information about wild foods and how to eat them as well as identifying a considerable number of flowers." See all these reviews: 12n in Botswana
Experience Report
Overall Rating:
Excellent
Location:
Excellent
Service:
Excellent
Activities:
Excellent
Rooms:
Excellent
Food:
Excellent
Facilities:
Excellent
Mr D
Ontario

3 nights Arrived 9 Dec 2013
"I spent 3 nights at Tau Pan in early December, 2013 and would highly recommend the camp to anyone. You simply must include the Kalahari on your itinerary if at all possible.

The staff at Tau Pan was simply exceptional, striking just the right balance between involved and giving you some breathing space. The guides and trackers were really excellent. Vasco and Scupa were great to spend my days with and I would particularly like to thank Russ, who was simply not willing to accept that I hadn't seen a cheetah yet and hustled me into the safari vehicle at 5:45 on my final morning - we found a cheetah at 6:05! (I know that was pure chance, but still).

I really liked that Tau Pan had Botswanan management - as I was travelling alone, it made for great conversations for me, learning about local culture. The rooms are gorgeous, the setting is amazing (though of course no animals come to the water hole in rainy season - that would be awesome to see) and the staff was fantastic. The game drives were many and frequent and we even did a full day drive - left at 6am and returned at 6pm. Oh yeah, I was the only one in the vehicle, so I had a full day private game drive! The highlight of the whole trip was seeing a pride of 4 lions devouring a recently killed oryx.

One caution for travellers: the game is less dense in the kalahari and even less dense in December, so you can go long stretches of driving seeing only birds and the odd bat eared fox, but given the flat open terrain, when you do find something, it can be awesome. But because you are in a national park, you have to stick to the roads also." See all these reviews: 11n in Botswana; 2n in Zambia
Experience Report
Overall Rating:
Excellent
Location:
Excellent
Service:
Excellent
Activities:
Excellent
Rooms:
Excellent
Food:
Excellent
Facilities:
Excellent
Ms W
Austria

3 nights Arrived 5 Apr 2013
"It was great to have the entire camp just to us (especially after Jack's Camp which was so crowded). The location with its views over the vast landscape of the Kalahari is breathtaking, we particularly enjoyed having our morning tee/coffee at the fire watching the sun rise over the desert, watching animal activities at the waterhole (e.g. kudus and giraffes) from the camp's pool as well as having dinner under the stars.

Wildlife was very good, even though the Kalahari was already very dry for this time of the year (early April). We loved the many bat eared foxes (we often saw them quite close), giraffes, and of course the many lions and one leopard (in the middle of the road!). On our last morning, the lion pack resident at the camp returned after they had been away for several weeks and we had the chance to follow them while they prepared for hunting. Alex, our guide, and Vota, the tracker, were very knowledgeable and created a wonderful safari experience, which was very relaxed , informative and entertaining at the same time.

Service and food at Tau Pan were excellent, all staff was very helpful and friendly. We particularly liked the fact that Kwando is a company based in Botswana which takes great pride in employing local people (also for the management). It was great to see how enthusiastic all staff and management were working for this company. Wonderful experience!
" See all these reviews: 16n in Botswana; 2n in Zambia
Experience Report
Overall Rating:
Excellent
Location:
Excellent
Service:
Excellent
Activities:
Excellent
Rooms:
Excellent
Food:
Excellent
Facilities:
Excellent
Mr B
Zurich

3 nights Arrived 9 Mar 2013
"Great location with a wonderful lookout of the Kalahari.

My guide Lucky tried everything to show us as much as possible - great.

3 nights Arrived 21 Dec 2012
"We enjoyed 3 nights at Tau Pan just before Christmas. The setting is spectacular, with views over the vast Central Kalahari reserve. The accommodation surpassed expectations - the rooms are the biggest and probably the most luxurious we had in Botswana. Outdoor showers are a bonus. Food was very good (buffet style in the evenings), and the timing of meals is very well planned with a small breakfast, good-sized brunch, afternoon tea before the late game drive, and an evening meal later on.

Game in the CKGR definitely isn't on the same level as in the Okavango Delta, and the park is best enjoyed for its scenery and the vastness of the landscape rather than trying to seek out particular animals (though we did find a cheetah), particularly since vehicles can't follow animal tracks off road or drive after dark. Though Kwando provide a tracker in the vehicle, we felt that the quality of the guides here was generally lower than in the delta - both in terms of expertise and in listening to what we wanted (we ended up on an 11-hour game drive on one very hot day, having asked for a shorter drive in the morning). And this was the only camp where our party of 4 was asked to share a vehicle with other guests (though there is a maximum of 6 per vehicle, in 2 rows of 3 people).

It's worth being aware that the "bush walks" offered are a short stroll to a "demonstration area" near the camp, where a tracker will describe survival techniques used by local people.

3 nights Arrived 2 Dec 2012
"We arrived as the summer storms set in, and witnessed some spectacular sound and light shows. Saw a solitary collared wild dog contact calling, and also a pack of 8 near the camp. Also saw a previously unsighted group of 1 sub-adult and 2 female lions near Pukwe Pan. Excellent tracking by Voter

"Great lodge but animals not great"

But again relatively poor safari drives compared to other countries. It was good to have seen the Kalahari but in all honesty this place is disappointing in terms of animals. We were not sorry leave. It was not exciting." See all these reviews: 10n in Botswana; 2n in Zambia
Experience Report
Overall Rating:
Good
Location:
Excellent
Service:
Excellent
Activities:
Average
Rooms:
Excellent
Food:
Excellent
Facilities:
Excellent
Mr & Mrs K
Brockley

3 nights Arrived 24 Apr 2012
"Our first camp on our honeymoon - we had an excellent time here.

All the staff were very friendly and the food was fantastic - especially the roast chicken! Great view of the watering hole from breakfast, and lions passed through the camp on several occasions (once only a few metres away from our room!)

Kalahari Arms Hotel, in the town of Ghanzi, is a practical overnight stop for travellers crossing the Kalahari to or from Namibia.

Edo's Camp is a small camp with only four spacious tents overlooking a permanent waterhole. Surrounded by 20,000 hectares of private game conservancy you can expect to see white rhino, springbok, oryx and eland here.

A private reserve on the border of the CKGR, Deception Valley Lodge offers more flexible activities than within the reserve and a particularly good Bushman experience.

The newest addition to Ker and Downey Botswana’s portfolio, Dinaka is based on a private game reserve on the northern boundary of the CKGR.

Haina Kalahari Lodge is one of a number of lodges located on the northern boundary of the CKGR, offering a year-round Kalahari experience.