A lush environment with diverse biomes

A lush park, with ancient baobab trees and tall borassus palms, totally tropical in atmosphere and reminiscent of the setting for Bogart and Hepburn's African Queen

Malawi doesn't have the huge reserves full of big game that you'll find elsewhere in Africa. However, if you feel like a couple of days of gentle game viewing combined with some relaxing time on the lake, then Liwonde National Park is ideal. .

At its heart is the palm-lined Shire River which flows through the park, and whose banks are home to numerous hippos and crocodiles, whilst the adjacent plains and forests harbour Malawi’s largest remaining populations of elephant, as well as the endangered black rhino. It is also home to waterbuck, bushbuck, impala and the rarer sable, roan and suni antelopes.

With over 400 species of birds, Liwonde is home to species from East and Southern Africa such as Boehm's bee-eater, the palmnut vulture, Pel's fishing owl and Livingstone's flycatcher. So while Liwonde isn't the biggest or most spectacular game park in Africa, it has a winning ambience and first-class birdwatching. 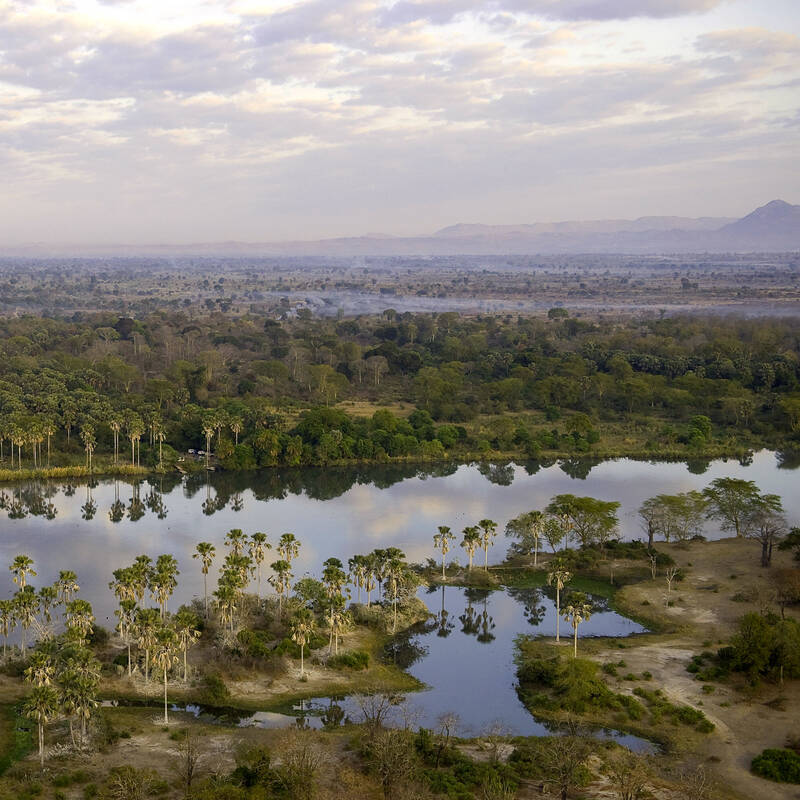 Our travellers’ wildlife sightings in Liwonde

This is their success for sightings in Liwonde National Park.
Click on a species for more detail. How we work this out.

Choices for where to stay in Liwonde National Park

Most recent reviews of our trips to Liwonde

Click below to browse all 19 reviews from Liwonde National Park.
All from our travellers; all are in full & unedited.

"We would choose Expert Africa any day as we consider them to be the best …" Read Mr & Mrs. E.’s full holiday review

"one of our best ever holidays... Claire's itinerary could not be faulted... …" Read Mr & Mrs H’s full holiday review

Mr & Mrs A from Surrey

"A wonderful time in Malawi"

"All in all it was a fantastic trip enjoyed by all. …" Read Mrs P’s full holiday review

"Malawi is a must"

The Sand Martins from Oxon

"We did see many species of antelopes...and also many new birds. …" Read The Sand Martins’s full holiday review

"The trip was everything we had hoped for! …" Read Mr R’s full holiday review

"A safari in Malawi"

When to go to Liwonde National Park

Our month by month guide: What it's like to visit Liwonde in Malawi

Useful information and advice to help you prepare for a trip including Liwonde National Park.