A lush environment with diverse biomes

Liwonde’s a magical national park with a really tropical feel, strengthening wildlife populations and a handful of good camps.

It has been well-protected since 2015, when the conservation NGO ‘African Parks’ signed an agreement with the Government of Malawi to manage and operate both Liwonde National Park and Nkhotakota Wildlife Reserve for 20 years.

By early 2022 the wildlife here had become so strong that a range of animals, including 250 elephants, were translocated to Kasungu National Park, in central Malawi, to help re-stock that and reduce the pressure on Liwonde.

If looking for an interesting and relaxing safari holiday in Malawi, then we’ll often suggest that travellers combine 3-4 in Liwonde National Park with a very different safari in Majete, a spell relaxing on the lakeshore, or a stay on the lovely Likoma Island. 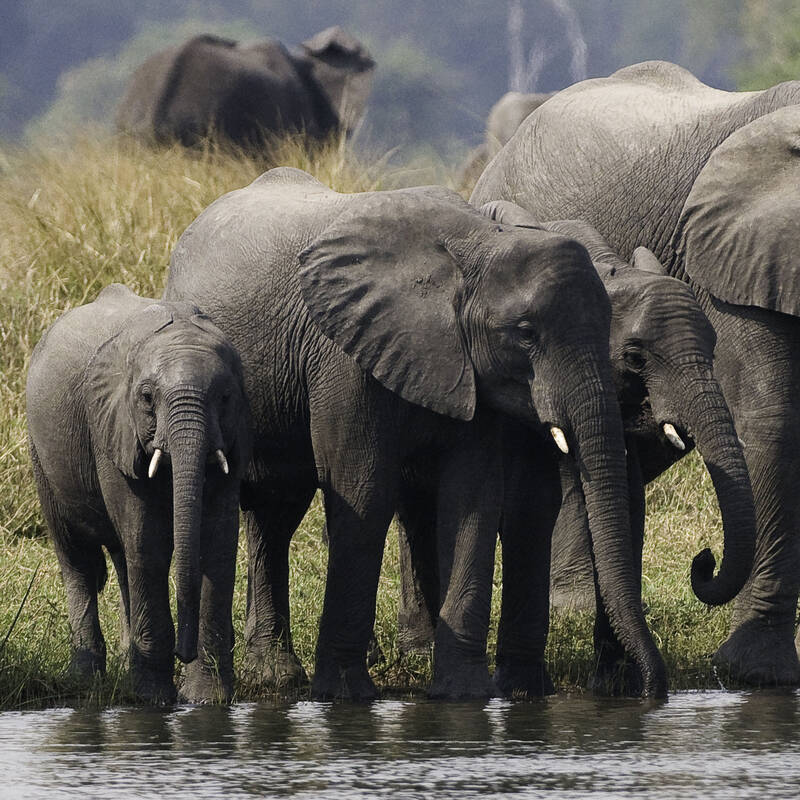 There's a real variety of experiences on offer in Malawi

Liwonde isn't a large park, but it has a couple of good camps

Mvuu Camp is a comfortable family-friendly camp on the banks of the Shire River. If offers boat, walking and driving safaris.

Kuthengo Camp is a small, relatively new bushcamp on a bend of the Shire River, under shady fever trees and baobabs. It's a quality operation run by a professional team with a good track record, so is already a reliably good option in Liwonde.