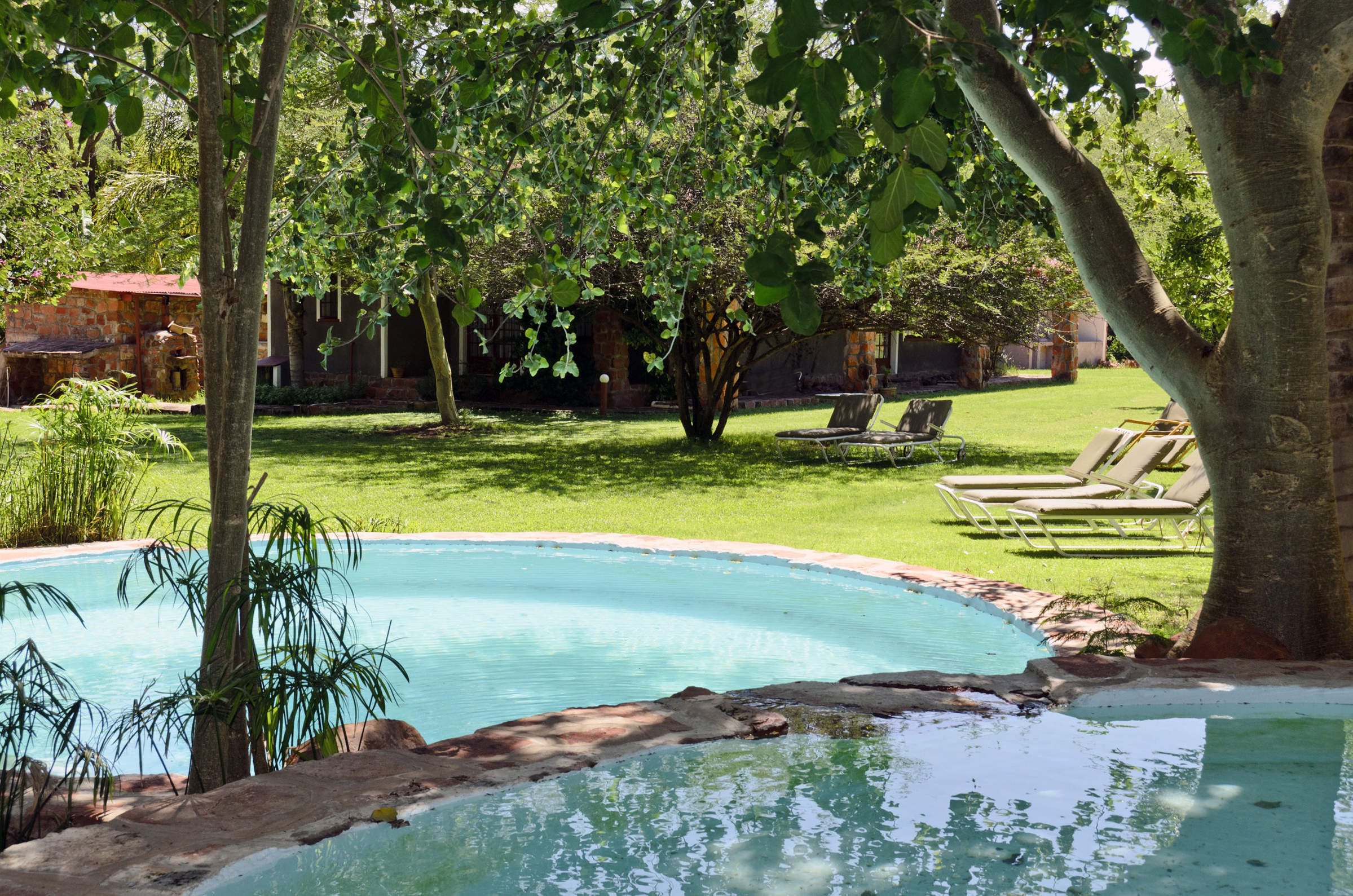 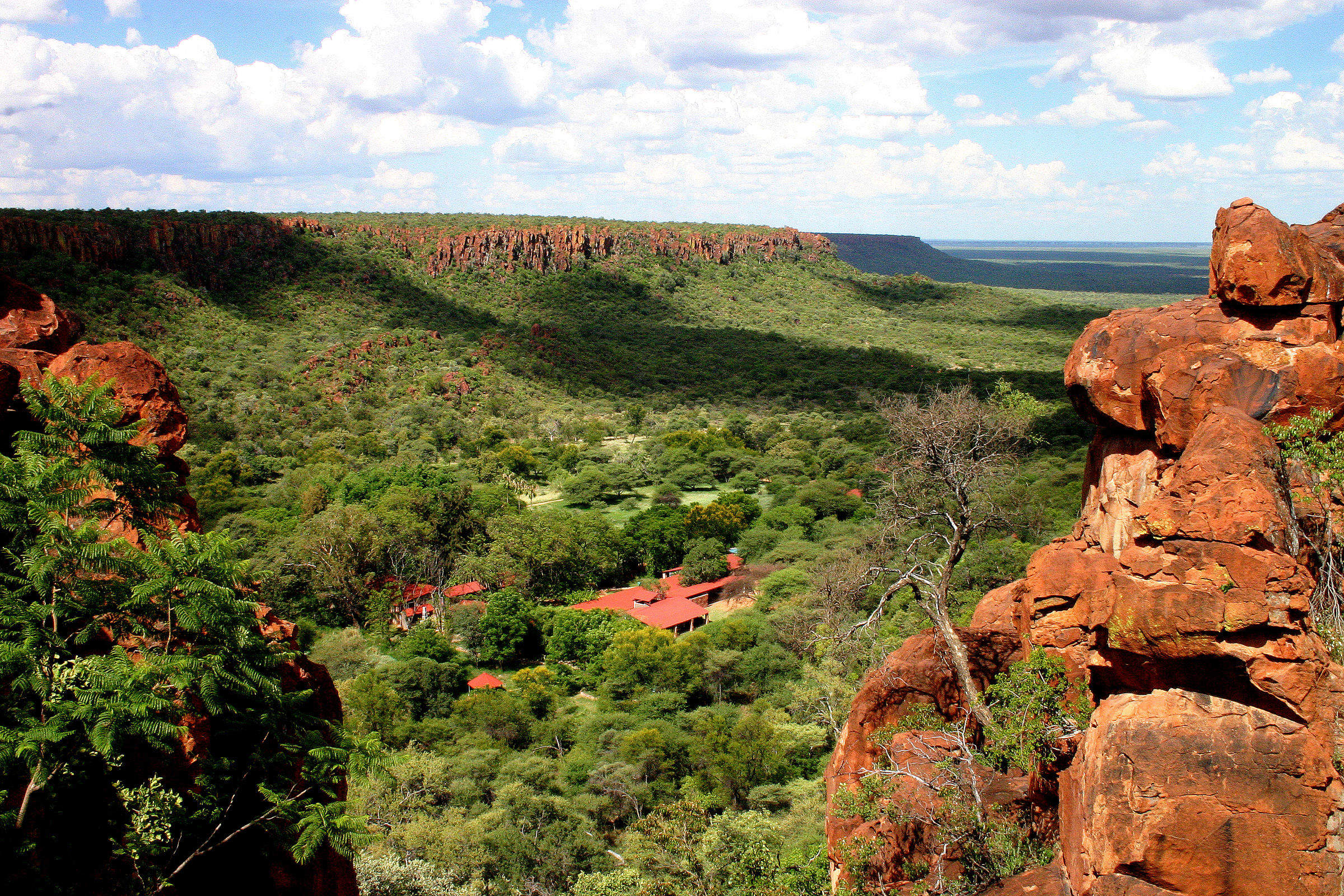 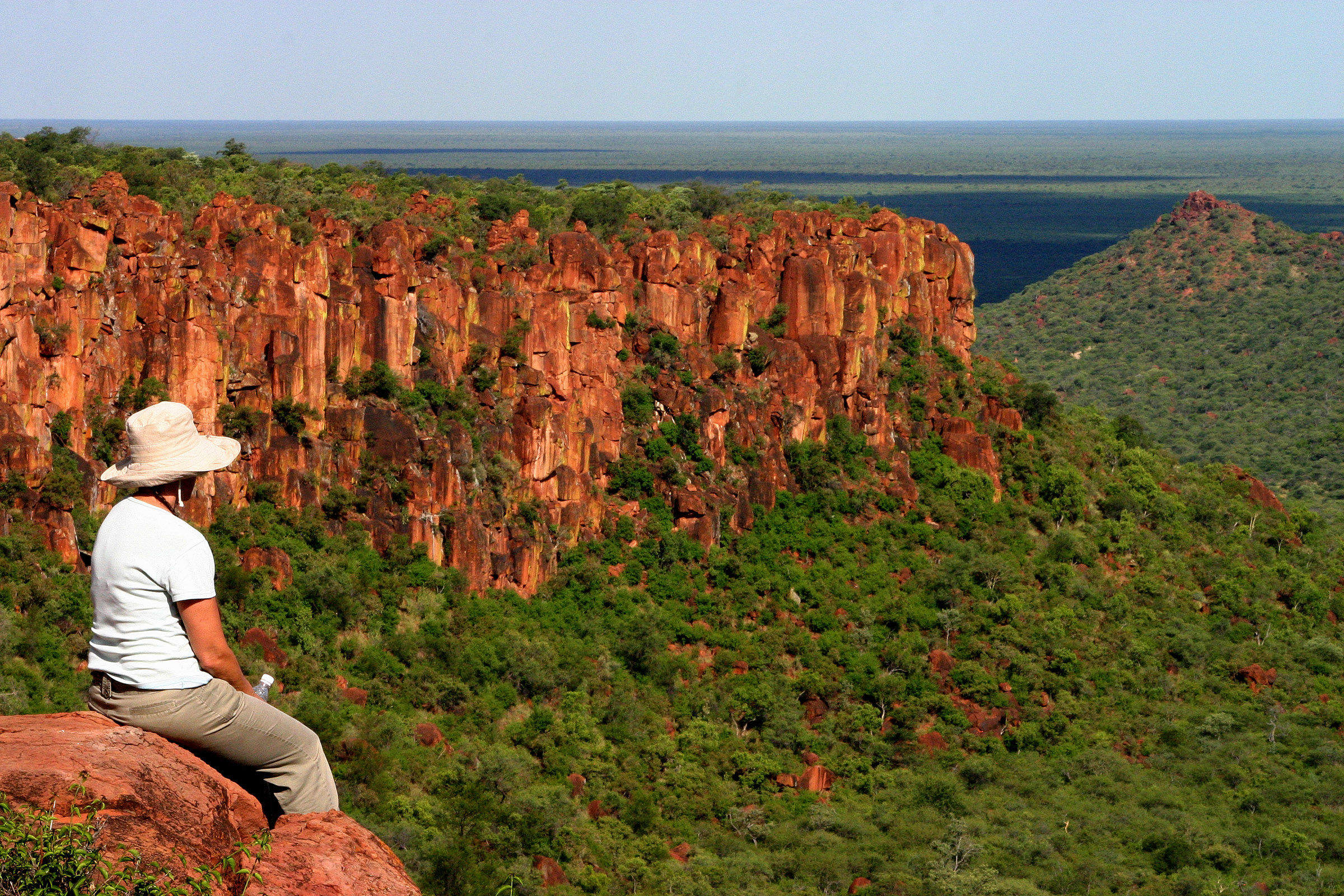 30 independent comments and wildlife information from our travellers who have visited Waterberg Wild'ss Lodge and kindly agreed to share their thoughts. They do not necessarily represent the views of Expert Africa

2 nights Arrived 22 Nov 2007
"Despite its name, the lodge doesn't feel at all wilderness like. Although it is fairly remote, the way it is set out is like a holiday camp, so it feels more like a small built up area half way up the plateau rather than a lodge in the wilderness.

The staff were average and although they did their job they didn't seem to empathise with the guests or add to the trip. It felt more like a military operation than a lovely place to stay. They seemed very concerned with getting you to sign for towels, cups, books, room keys and keeping to schedule rather than providing a comfortable welcoming place to stay.

The food was provided but not described well leading me to eat something I am allergic to by accident, which is not very satisfactory especially in a remote place. The guides for the walk and game drive were good, but the rest of the staff were adequate rather than helpful. Not a good place to see animals, but the view from the plateau was lovely and it is worth the (fairly easy) walk. It might be worth investigating the plateau lodge instead, as it looked slightly more intimate with chalets and plunge pools.

The pool at the wilderness lodge didn't look too clean, so we didn't use it - too many dead leaves and other bits and bobs." See all these reviews: 12n in Namibia
Experience Report
Overall Rating:
Average
Location:
Good
Service:
Poor
Activities:
Average
Rooms:
Average
Food:
Average
Facilities:
Average
Mr P
Penny

1 night Arrived 31 Oct 2007
"We were disappointed with this clearly very expensive and rather complacent lodge. Our first introduction on arrival was to be given a sheet of paper recording ten items to be found in our room; we were to take this to the lodge where a supervisor would check if off before he and we were to sign for them. The list included a room key and a plastic folder containing information about meal times and so on.

Compare this with the iced tea, cool flannels and thirty minutes informative and informal induction at Lianshulu or Mowani and Okonjima; the management here should know that such courtesy costs nothing (cost is clearly a significant part of Waterberg's mind set) and the reverse, with the implcation that guests are likely to drive away with the swimming towels or a tacky torch, is at the best tactless and, at the worst, offensive.

This attitude continued; two vehicles left for a game drive in the evening. Our guide introduced himself as 'Helmut' (there is a pretty patronising habit - see 'Purple Hibiscus' - where black Africans are given European names by their employers); I don't know if Helmut had adopted his own Westernised name or not but he certainly behaved as though he did not undertsand or belong to the lodge culture which surrounded him. No more did he guide; his passengers asked him on a number of occasions to stop and identify a bird, usually a bird, and he was clearly floundering.

Rosemary spotted the problem; he had no binoculars and a book for bird indentification in German which he clearly did not understand. She felt very strongly that this man was being let down by his employer in that he was inadequately equipped and improperly briefed, so much so that she asked to see Joachim the morning we left; he was absent so a note asking for a response had to suffice; no reply, by e-mail, yet. Poor, non-existent, welcome; poor information; pretty poor food; owners/management never in evidence; the whole feel was of an outfit too big for its own good (a second lodge to run could have added to the remoteness of the direction.)

Lovely setting - a monopoly - spoiled by lack of concern for guests' welfare and expectations. Thoroughly disappointing." See all these reviews: 26n in Namibia
Experience Report
Overall Rating:
Average
Location:
Excellent
Service:
Average
Activities:
Poor
Rooms:
Good
Food:
Poor
Facilities:
Good
Feedback Response
We were fairly surprised by this review as, over a number of years, we have had very few complaints about Waterberg Wilderness Lodge.

Waterberg Wilderness Lodge comment that they are a mid-priced lodge, not top-end. It is approximately of half the price of Mowani, Lianshulu or Okonjima Bush Camp and (on the basis of our past experiences) we agree with them that they offer great value for money.

Regarding the welcome drink – when put to the owners they commented that guests are usually provided with a welcome drink on arrival and if this didn’t happen on this occasion they are very sorry.

In Namibia it is very common to find black Namibians with German names as Namibia was once a German colony. The guide Helmut is a Herero and was indeed christened Helmut by his parents. His full name is Helmut Hameva. In modern Africa nobody re-names employees with westernized names.

Helmut did apologise to us though, for not having his British bird book or binoculars to hand for the nature drive: he simply forgot that day to take them with him.

Most of Namibia’s small guest farms and independent lodges have their quirks and idiosyncrasies and although these are often puzzling, if you can dig deeper you will usually find interesting and informative explanations.

1 night Arrived 31 Oct 2007
"What a wonderful location. Only regret not having extra night to go into the Kalahari and meet up with the "locals".

We stayed in one of six widely spaced bungalows set against the plateau cliff and beautifully accommodated with own plunge pool and most tremendous views east across the Kalahari. Out of this world and quite stunning in every way and worth the somewhat steep and bendy track from the farm and lodge level below.

Would really recommend stay here for everything it has to offer. Three hour drive into the Kalahari very interesting . Pretty with plenty of fauna and birdlife. tracked down the pair of "home" rhinos imported from South Africa at some great expense. to see them both in the wild so close was memorable. Good luck to them in their breeding plans. Be just perfect to see some little ones soon" See all these reviews: 13n in Namibia
Experience Report
Overall Rating:
Excellent
Location:
Excellent
Service:
Excellent
Activities:
Excellent
Rooms:
Excellent
Food:
Excellent
Facilities:
Excellent
Mr D
Norman

1 night Arrived 13 Oct 2007
"good first night stop. decided against organised activity and went for local walk instead, which was ideal after flight / drive.

communal food was some of the best we had on trip.

after dinner drinks on terrace for another hour would have been nice and appreciated by others as bar in resturant not so good. good advice from staff on routes for next day." See all these reviews: 10n in Namibia
Experience Report
Overall Rating:
Good
Location:
Good
Service:
Good
Facilities:
Average
Rooms:
Excellent
Food:
Excellent
Mr & Mrs Aardvark
uk

2 nights Arrived 11 Oct 2007
"Delightful setting and obviously serious money being spent on stocking the farm with game. But room small, shortage of unpacking space, badly lit, as is dining area. Staff at lodge okay-ish but owners made no contact with us.

Guides in field poor - no bird knowledge even for eagles and on Waterberg a (fresh) black rhino territorial scrape was described as where buffalo had been fighting. Also limited English and German.

Depending on your attitude to H&S, the Waterberg on foot is risky without an informed guide both due to big game and the potential to fall of the edge when taking photos. Probably the lodge ought to get guests to sign chits accepting risk, but good guiding is paramount. Regrettably, we would not revisit or recommend.

2 nights Arrived 23 Sep 2007
"Although the staff were very obliging there was no ambience created by the owners as we had experienced at other privately run lodges.

It was difficult to acquire any local knowledge of the area. Briefing on activities was poor. The guide on the game drive was not very confident with the guests and had no assistant." See all these reviews: 19n in Namibia; 4n in South Africa
Experience Report
Overall Rating:
Average
Location:
Excellent
Service:
Good
Activities:
Poor
Rooms:
Excellent
Food:
Good
Facilities:
Good
Mr & Mrs B
Bucks.

"Lovelly location and a rest from safari"

2 nights Arrived 12 Aug 2007
"The wilderness lodge is very good with excellent rooms. The new plateau lodge [Ed: six new rondavels positioned on the edge of the escarpment] is even better and has superb views and isl being developed further. The staff were really good but guests need to be prepared for Joachim who is clearly very dedicated and committed to what he is doing but is a man of strong opinions and is willing to share them!!

The wildlife is being added to gradually and the drive here is of a different order to other bigger lodges focussing on quality not quantity. This was an opportunity to relax after the rigours of safari and from that point of view was great.

The colours at sunrise in the plateau have to be seen to be believed and a walk up the valley is delightful. The walk up to the plateau is another matter if you have difficulty in walking taking about 4 hours of quite stiff clambering." See all these reviews: 19n in Namibia
Experience Report
Overall Rating:
Excellent
Location:
Excellent
Service:
Excellent
Activities:
Good
Rooms:
Excellent
Food:
Excellent
Facilities:
Excellent
Mrs Meerkat
UK

Within the Waterberg Plateau National Park, the newly refurbished government-run Waterberg Camp offers a great location for hiking and birdwatching.