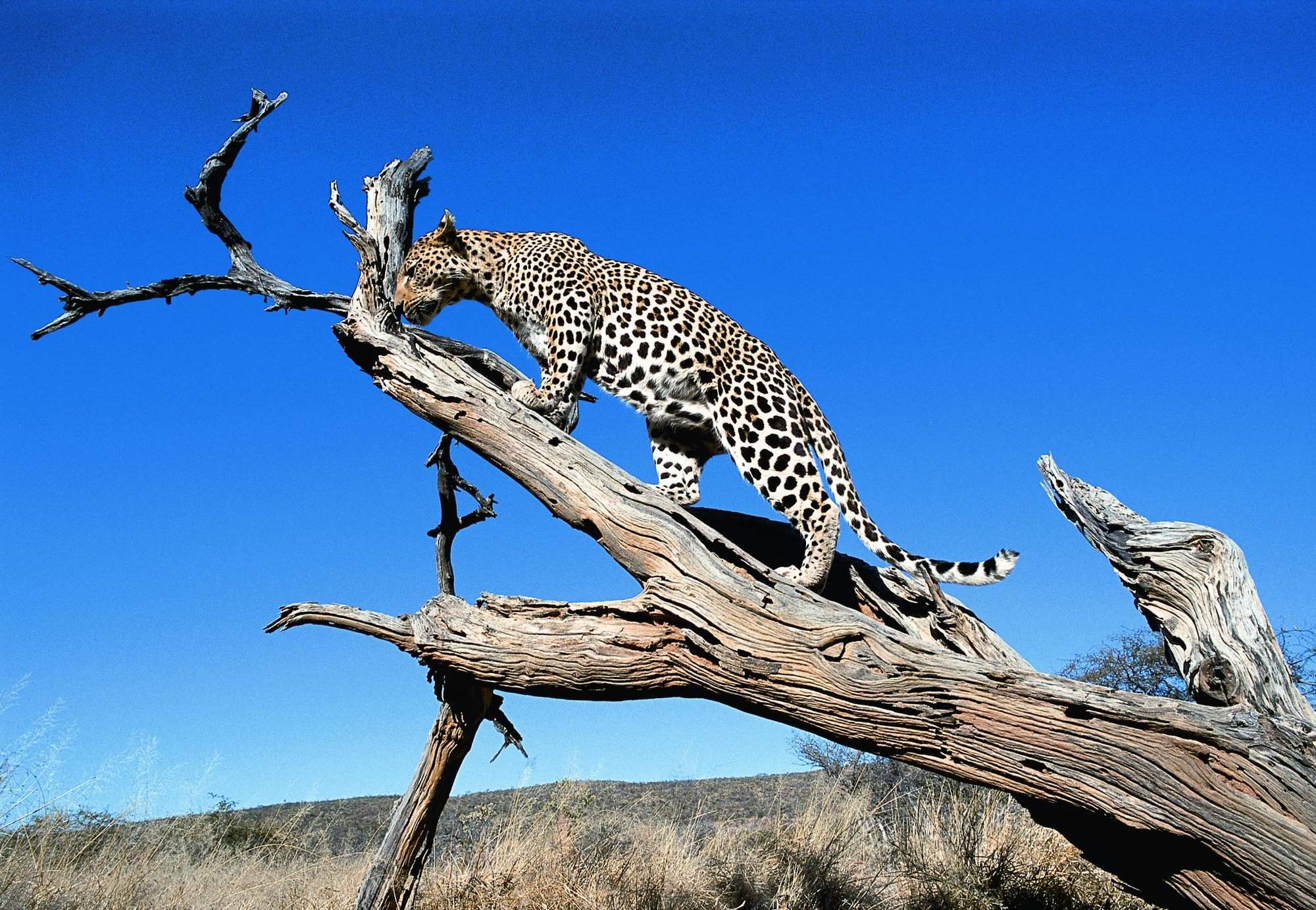 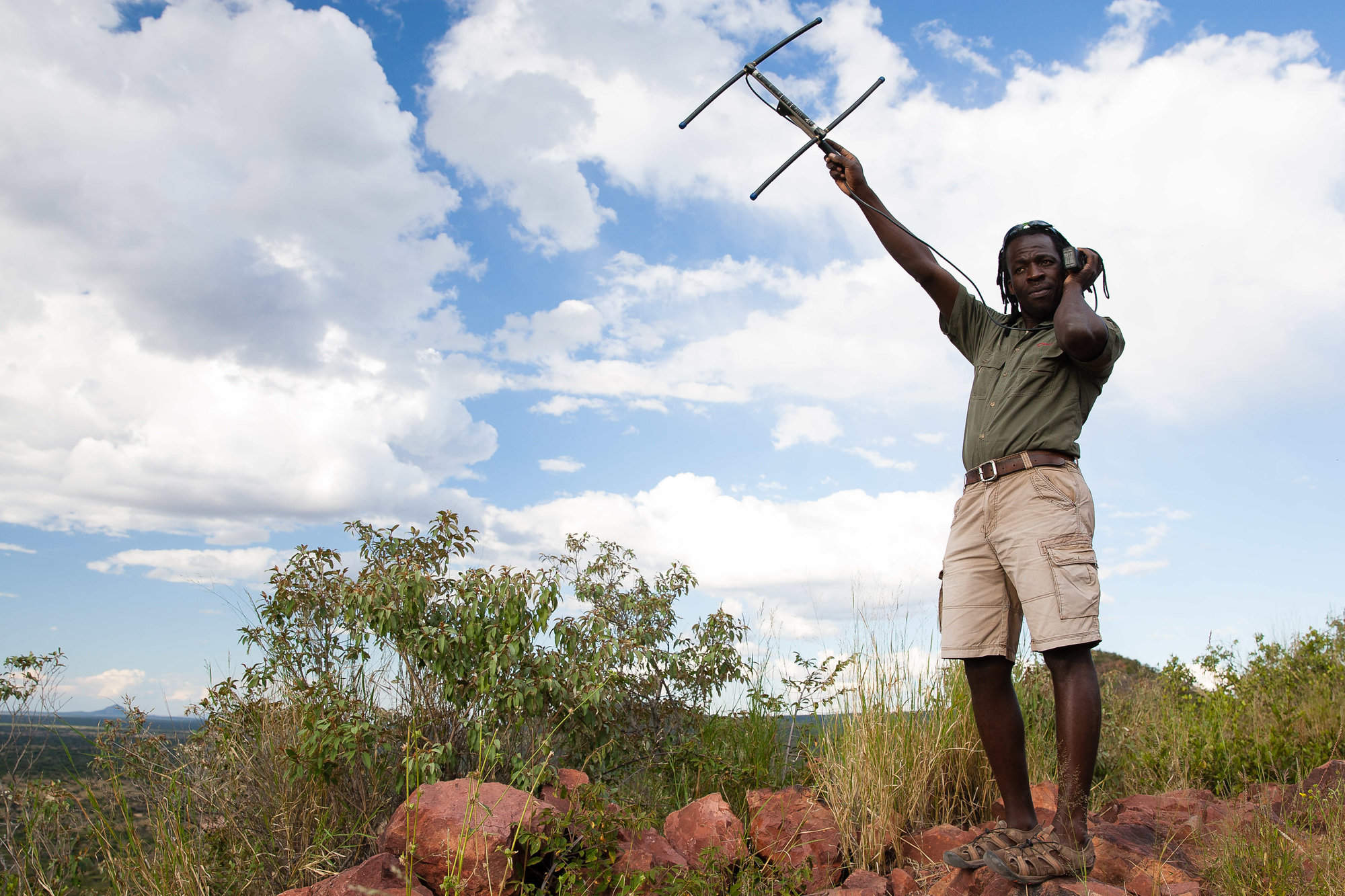 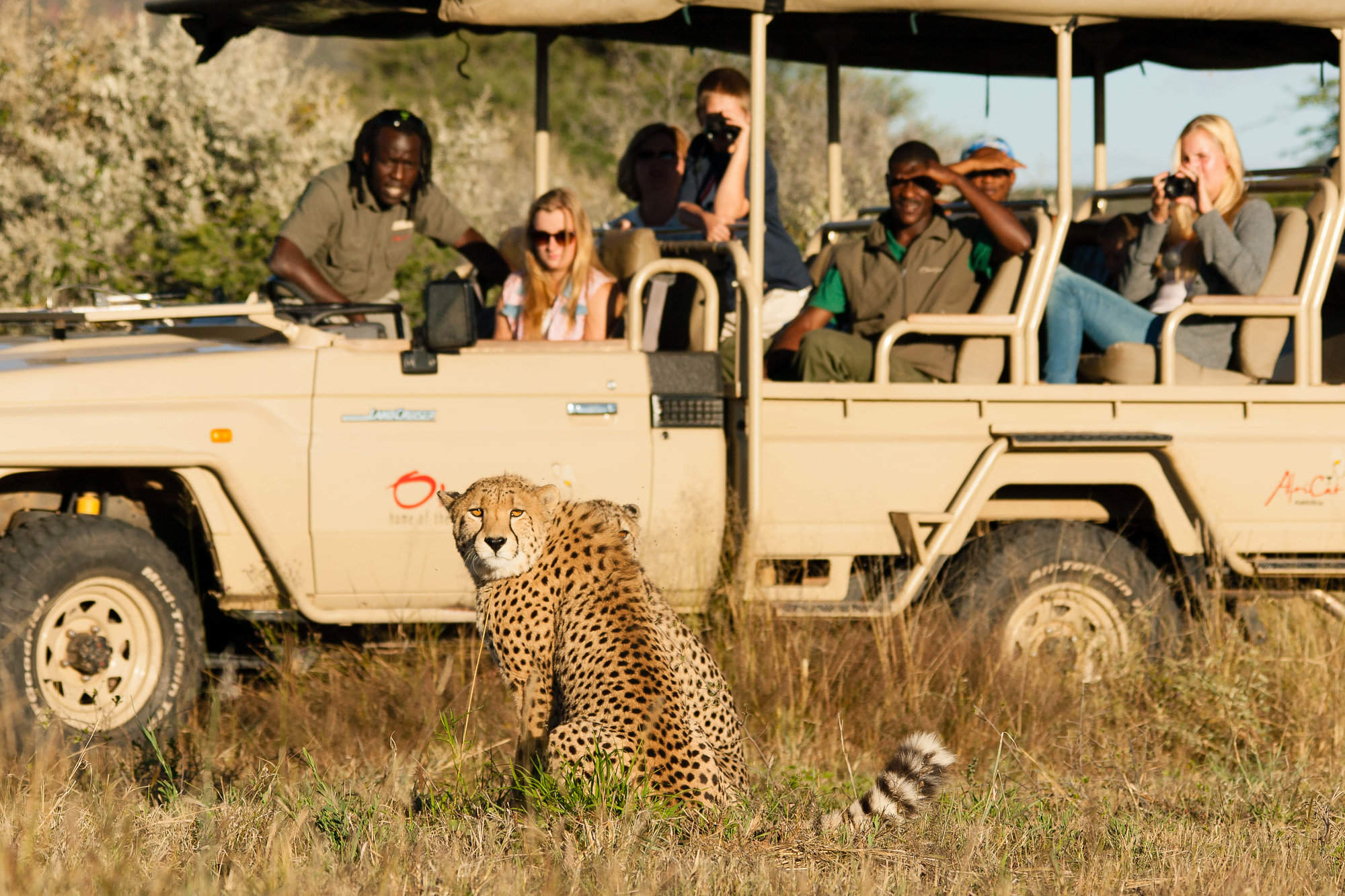 "A wonderful upgrade to the Bush Camp"

1 night Arrived 19 Sep 2015
"We were upgraded to Okonjima Bush Camp which is the more luxurious camp, as were all the other guests in fact. We absolutely loved the place. It was beautiful, luxurious, and we had the best meal of our whole trip there. We wished we could stay for longer.

When we booked we were cautiously told it was a place for rescued cheetahs and that the leopards were collared. That is true but it is an enormous enterprise covering a huge area and there are truly wild indigenous creatures there as well. When the guides were tracking the collared leopards we stumbled upon a wild one as well. The guides are well informed and it was different and exciting to track the collared animals with the radio receivers.

1 night Arrived 21 Aug 2015
"Fabulous place to stay, could have done with longer than one night though.

1 night Arrived 11 Aug 2015
"Having been prepared to find this camp touristy we were very pleasantly surprised and had a most comfortable and enjoyable stay. The accommodation was spectacular and we could have stayed longer.

If the collars gave a false sense of how easy it was to track down game it was still good to see leopard, cheetah and wild dog in a much larger area than we had expected. Also, good to see honey badger even if the circumstances were manufactured." See all these reviews: 15n in Namibia
Experience Report
Overall Rating:
Excellent
Location:
Excellent
Service:
Excellent
Activities:
Excellent
Rooms:
Excellent
Food:
Excellent
Facilities:
Excellent
Mr & Mrs P
Newport

2 nights Arrived 27 May 2015
"Not such an exciting place as some others but it offers walking trails and real chances to see leopards and cheetahs up close. Great scenery and views too.

2 nights Arrived 3 Jan 2015
"The emphasis at Okonjima has in the past been on the cats that have been saved from farmers traps and then released into Okonjima's reserve. This approach has various reservations attached to it and other, more commercial organisations, elsewhere in southern Africa have featured recently in critical press coverage. We were pleased to see when we got to Okonjima that they now stress that their prime activity is working with farmers to find ways of avoiding conflict between people and animals and developing approaches and techniques to decrease predation by wild big cats on livestock.

The leopard programme seems to be a real success, not least because of 'naturally present' leopards in the Reserve as well as 'rescued' animals. But we felt that the Camp would benefit from being more open about the fact that the three cheetahs and one spotted hyena in the Reserve are very unlikely to form the basis of a breeding population, and in reality their role is to be a visitor attraction and to see out their lives in the reserve.

But that being said, the camp is a very pleasant place to stay, with a resident population of wart hogs who provide entertainment, and a lot of birdlife who can provide hours of interest beside your hut, if you fill the small bird bath that sits outside. It is also a privilege to be able to get so close to leopards, with the aid of the guides and the radio collars on a number of the animals." See all these reviews: 28n in Namibia
Experience Report
Overall Rating:
Good
Location:
Good
Service:
Excellent
Activities:
Good
Rooms:
Excellent
Food:
Good
Facilities:
Good
Mr & Mrs R
Halifax

2 nights Arrived 28 Oct 2014
"Luxury bungalows in an extensive grounds. The birds (and warthogs) come right to the door and some feed is provided which certainly attracts a few visitors.

On our first trip out, we found a leopard in typical pose, resting in a tree. We we're able to get up really close for some amazing photos and watched as she darted off on a hunt. Rohan (assisted by John) was our guide. He was knowledgable, humorous and above all passionate about the wildlife.

On our second day we tracked cheetah, initially by jeep, but then on foot. It was a special experience to follow a wild animal as she zig-zagged through the bush, hunting for something to eat. Suddenly the cheetah stopped and seemed nervous and twitchy. "I think there's a leopard" whispered our guide, and a few seconds later we saw it through the trees. "Whatever you do, don't run, or it will think you are food". We watched nervously for a few minutes, then retreated to the safety of the jeep. A unique experience." See all these reviews: 15n in Namibia
Experience Report
Overall Rating:
Excellent
Location:
Good
Service:
Good
Activities:
Excellent
Rooms:
Excellent
Food:
Good
Facilities:
Excellent
Mr & Mrs T
Hampshire

2 nights Arrived 8 Sep 2014
"Okonjima is the height of comfort. We received a very warm welcome from Zanelle and all of the staff.

Our room was fabulous and could be opened so that you felt you were really in the midst of nature. It had a comfy sitting area, a large very comfortable bed and a lovely walk in shower. The food was excellent and served by friendly and helpful staff. Sundowners overlooking the a reserve, a wonderful stay. All the staff were enthusiastic and keen to explain the project and the reasons for its existence.