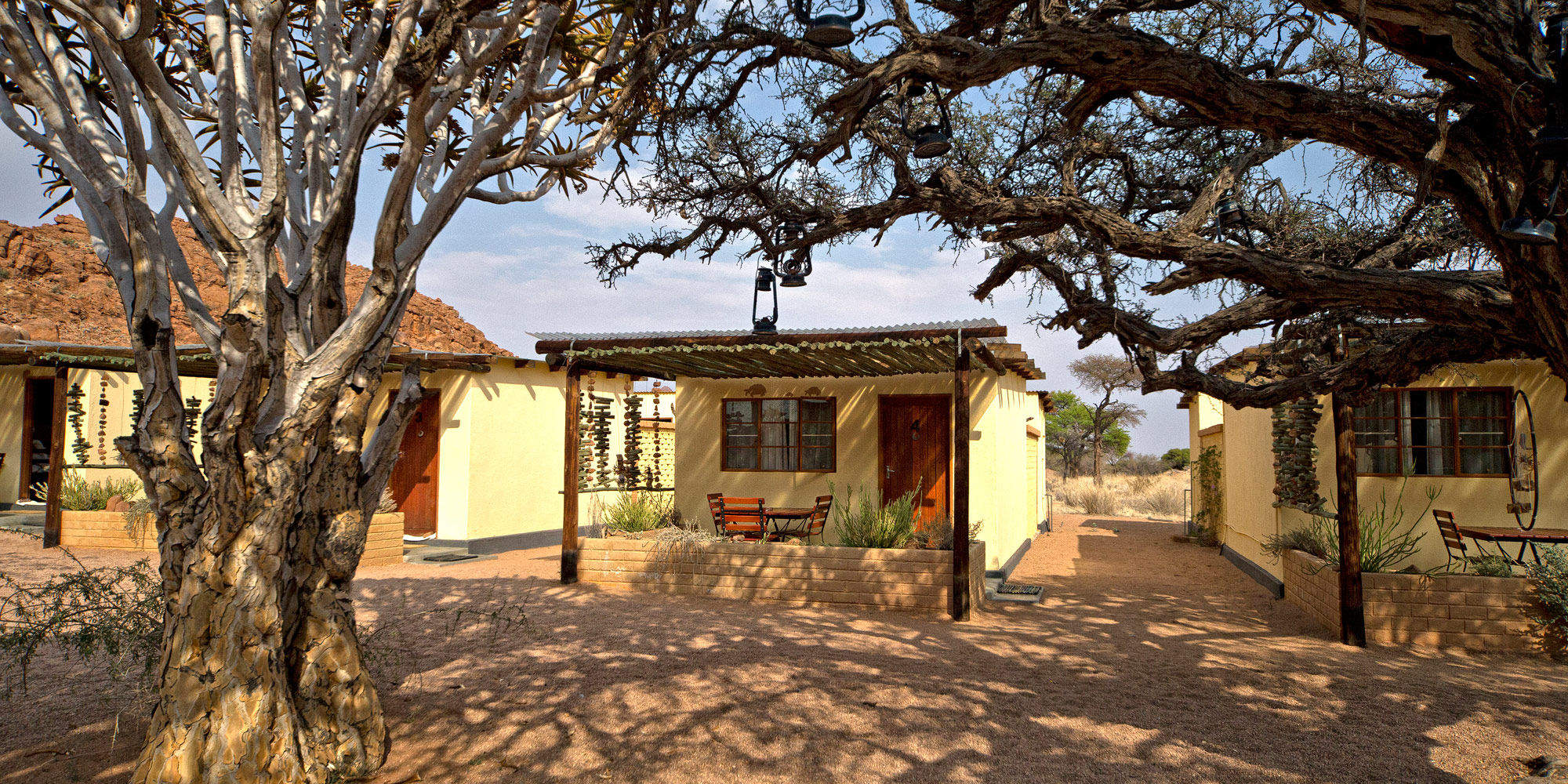 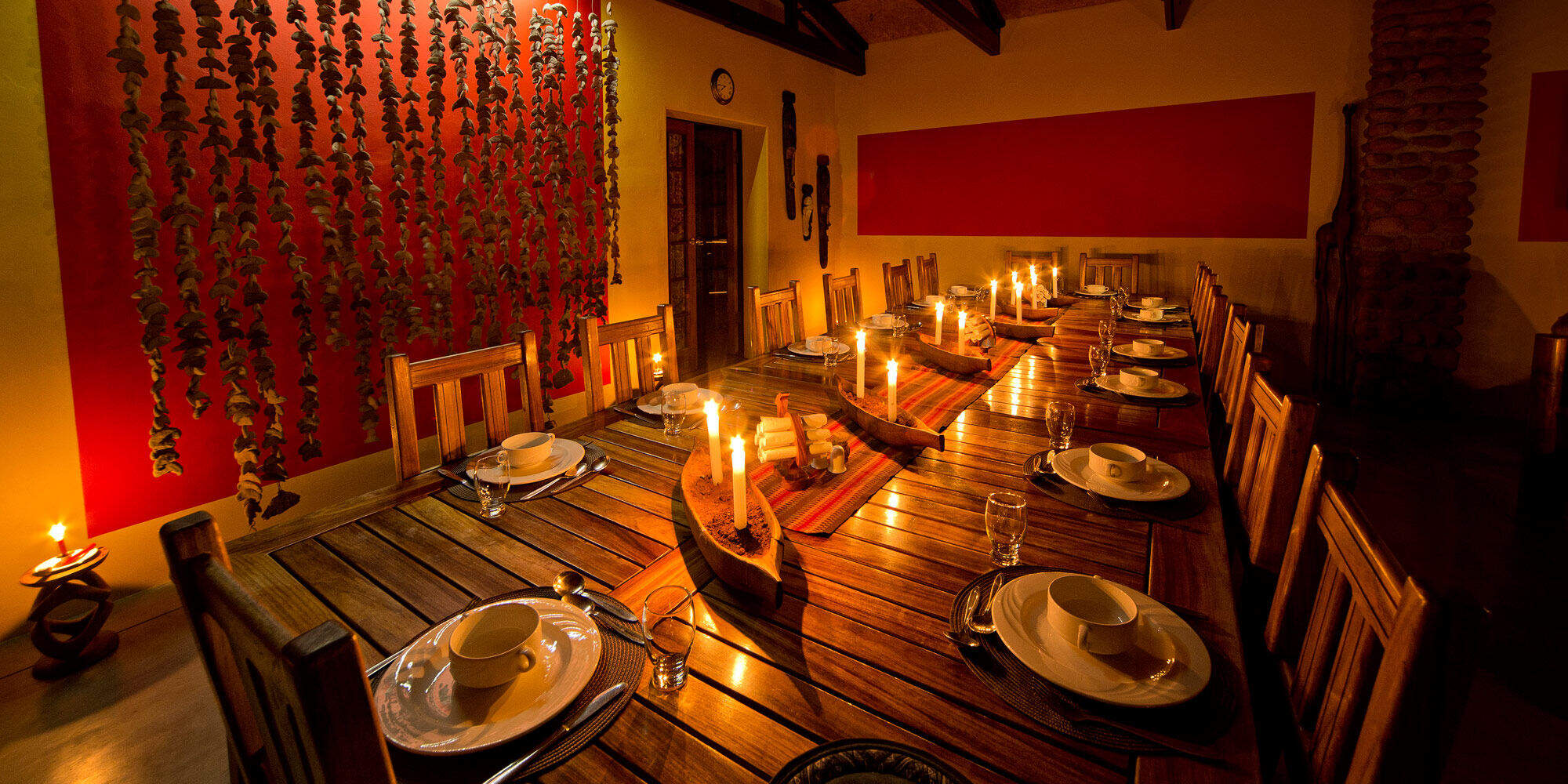 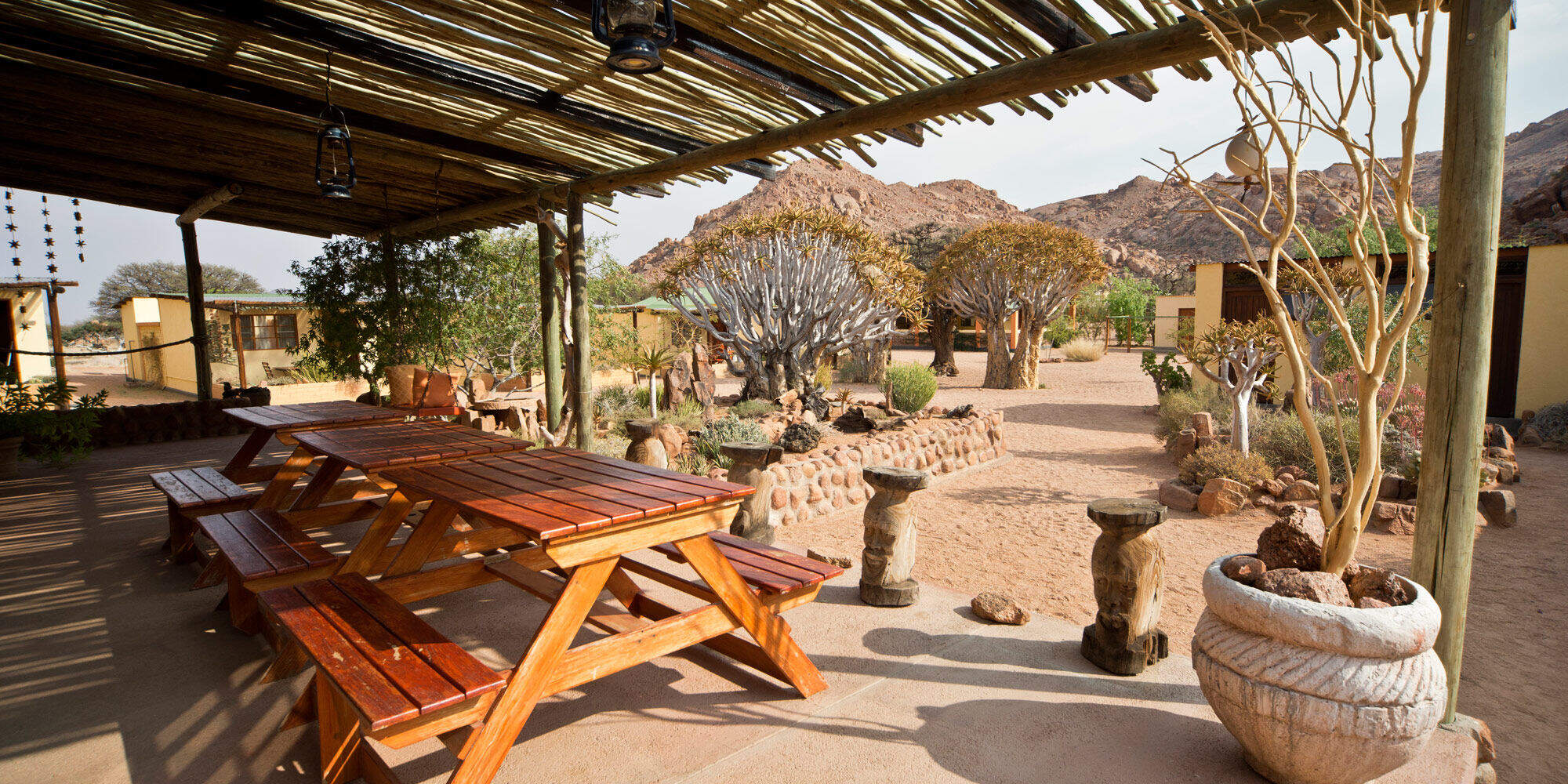 11 independent comments and wildlife information from our travellers who have visited Namtib Desert Lodge and kindly agreed to share their thoughts. They do not necessarily represent the views of Expert Africa

1 night Arrived 3 Sep 2018
"Namtib Desert lodge is in a good location on a clockwise tour from fish River heading north.

There's a very warm welcome, a sundowner spot, and a friendly dinner and breakfast.

"A delightfully shelled and friendly place"

Quite remote, Without a 4 wheel drive, we would have have had to retrace our steps for quite a long way.

"A farm without animals !"

1 night Arrived 16 Apr 2017
"In the middle of nowhere ! The drive to & from is as scenic as the guide books say - well worth the effort of getting here !

Run by Namibian couple - should be a farm - but they sold all their animals in 2014 because just not enough rain to sustain them. Now all they have is a few oryx. A very isolated existence. It was nice having the communal meal (just 5 other guests) - to chat to the other guests & learn about the life from our hosts - very good food too.

Rooms adequate - although lack of fans & A/C could be an issue when really hot. Lots of scope for hiking - tho we arrived late & had to leave fairly early for Luderitz as at this point we had no spare tyre - due to major blow-out - so had to take it really slowly (finally got new tyre in Keetmansloop - some 500 kilometres later - quite an anxious time!!)" See all these reviews: 23n in Namibia
Experience Report
Overall Rating:
Good
Location:
Good
Service:
Good
Rooms:
Good
Food:
Excellent
Miss A
Okehampton

1 night Arrived 21 Feb 2017
"A great place for a night's stop- and a memorable, candlelit dinner with delightful hosts.

1 night Arrived 4 Dec 2016
"The lodge could be described as a wilderness lodge! quite a way from Aus the nearest town. We had a lovely welcome, dinner was excellent, very friendly and helpful hosts.

From C13 junction the D707 is quite poor with sandy patches north of Nantib access track. I recommend that a backtrack to C13 is advised.

1 night Arrived 9 Oct 2016
"Although a difficult place to reach on very sandy roads in and out, this Lodge is very much worth the visit. The family who owns it are very knowledgable and helpful They have built self guided nature walks to allow you to explore their huge ranch with an extensive printed guide to help you get the most out of it.

The setting is beautiful and they try to run this as greenly as possible. The candlelit family-style dinner was wonderful, with the whole family mingling in several languages with all the guests. the rooms are very comfortable and provide all that is needed.

They did not offer any game drives as we were led to believe but for an overnight stay the walks were enough." See all these reviews: 27n in Namibia
Experience Report
Overall Rating:
Excellent
Location:
Excellent
Service:
Excellent
Rooms:
Excellent
Food:
Excellent
Mr H
Michigan

1 night Arrived 17 Apr 2014
"They say they are an Eco lodge but when we were there they had no game drives in operation. The only activity available was a self guided botanical walking trail, which was interesting, but not necessarily what we expected. We arrived just after 1pm and we weren't asked whether we had eaten any lunch which I thought was a bit off.

Apparently there are lots of interesting animals around, they just don't seem to do anything that allows there guests to see them, which we found very strange given that they brand themselves as an Eco lodge. The food is ok but nothing special and compares poorly to some of the other lodges we stayed on our trip. On the plus side when we arrived we had had a puncture on the drive up to the lodge and they were very helpful and made a couple of phone calls for us which we appreciated. Do be aware that the rooms are pretty basic with no fans or air con.

You have to walk through an outdoor courtyard to get to the bathroom, which can be a bit off putting if you need to use the loo in the middle of the night." See all these reviews: 8n in Namibia; 7n in South Africa
Experience Report
Overall Rating:
Average
Location:
Good
Service:
Good
Activities:
Terrible
Rooms:
Average
Food:
Poor
Facilities:
Poor
Mr B
Suffolk

1 night Arrived 8 Oct 2011
"We arrived in a thunderstorm and the owners had to help with a fire on the neighbouring land but the hospitality was barely compromised.The weather conditions meant we could not explore the environs as much as we would have liked but it was very interesting to stay on a working farm and learn a little of what goes on. It is a beautiful spot with a nice atmosphere.

The well marked botanical walk was a joy to follow in the morning before a wholesome breakfast. The homely dinner was both delicious and nutritious. In view of the weather the unattached bathroom (with an uncovered courtyard in between it and the bedroom) was a bit impracital!

We would be very happy to stay again and see and do more. The owners are friendly and enthusiastic" See all these reviews: 12n in Namibia; 4n in South Africa
Experience Report
Overall Rating:
Good
Location:
Excellent
Service:
Good
Activities:
Good
Rooms:
Good
Food:
Good
Facilities:
Good
Showing 1-10 of 11
12
Next
87%
11 reviews of Namtib Desert Lodge by travellers since August 2007
Overall rating by our travellers
6
3
2
0
0
Filter by month