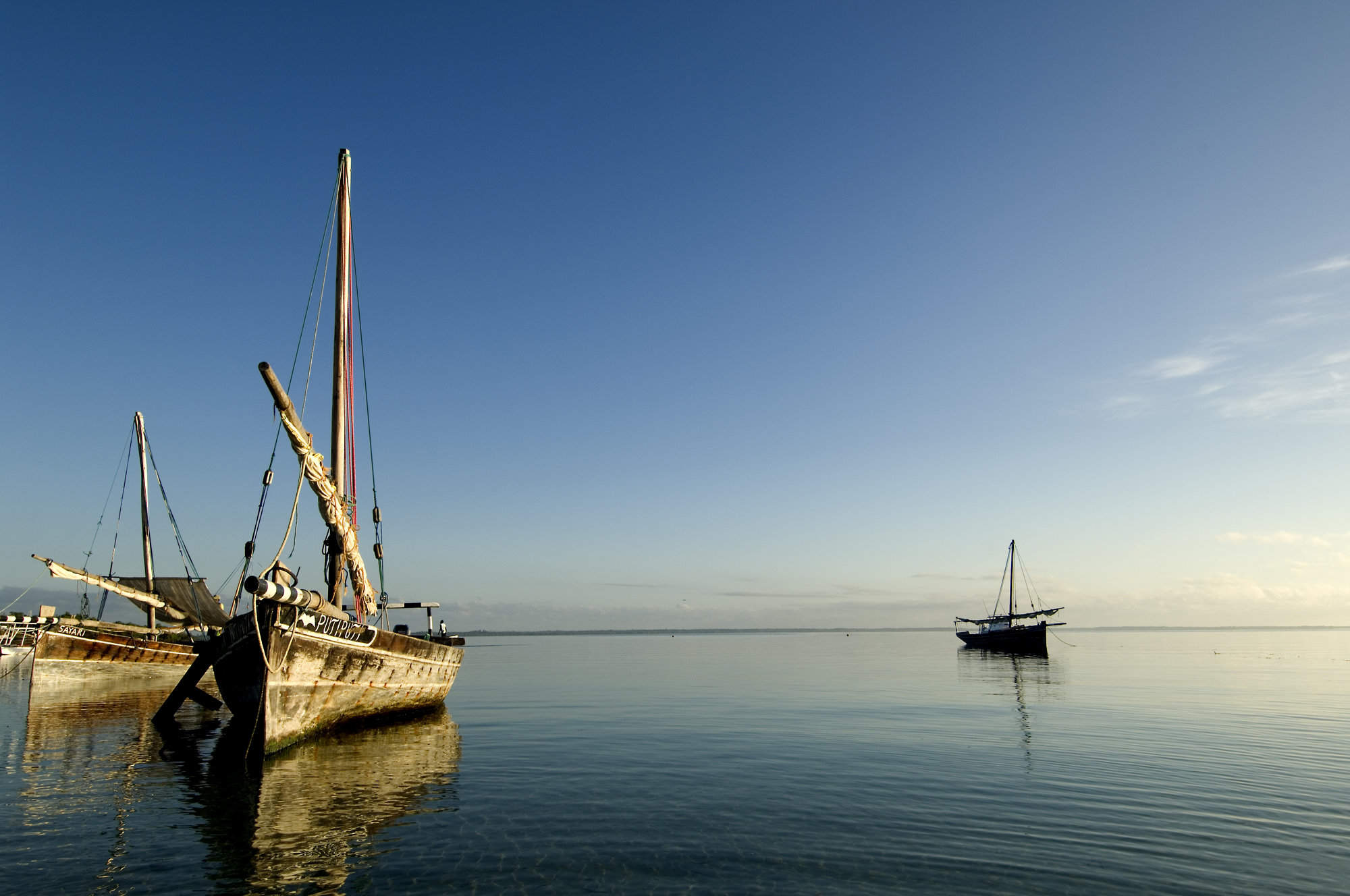 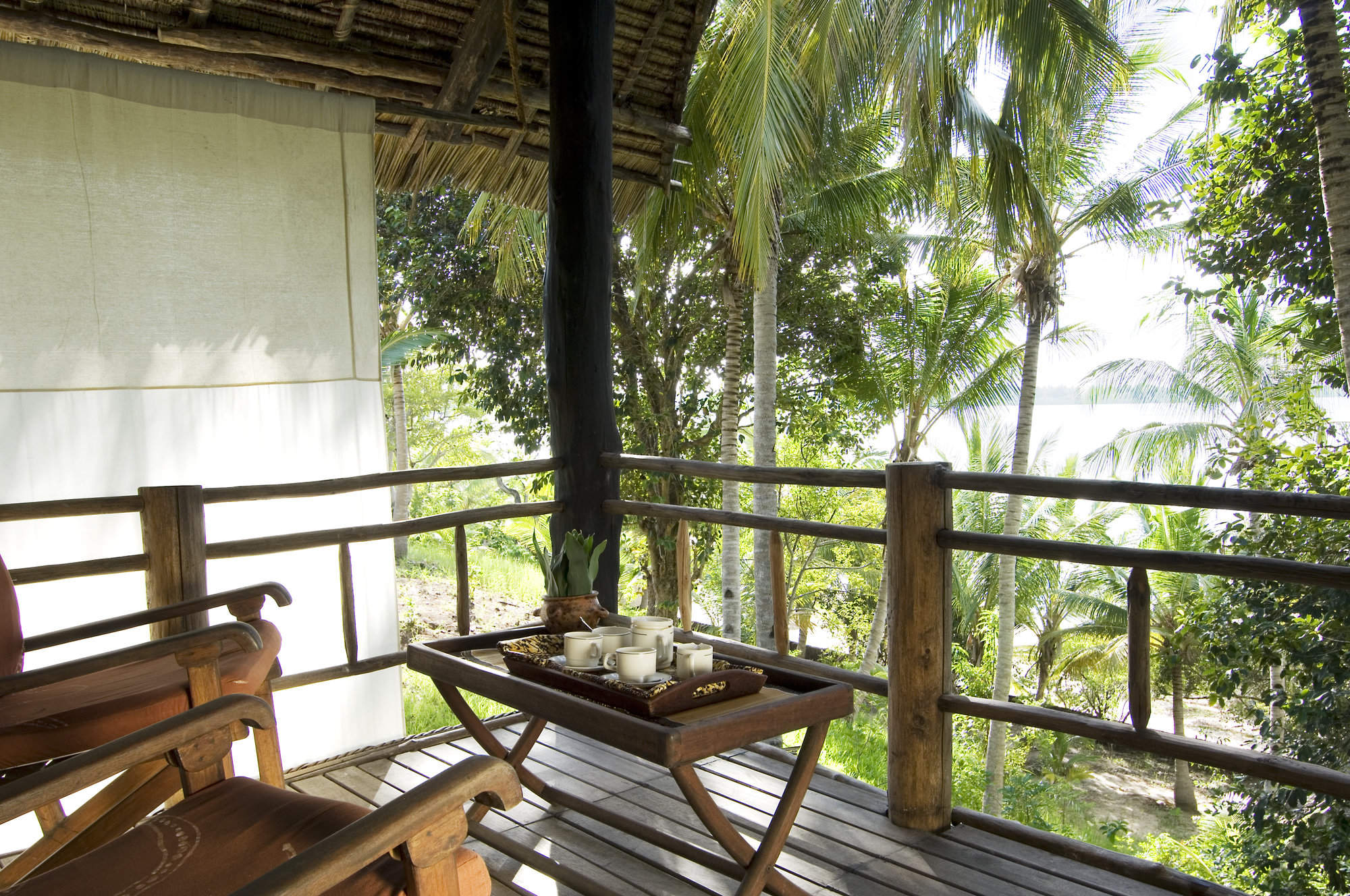 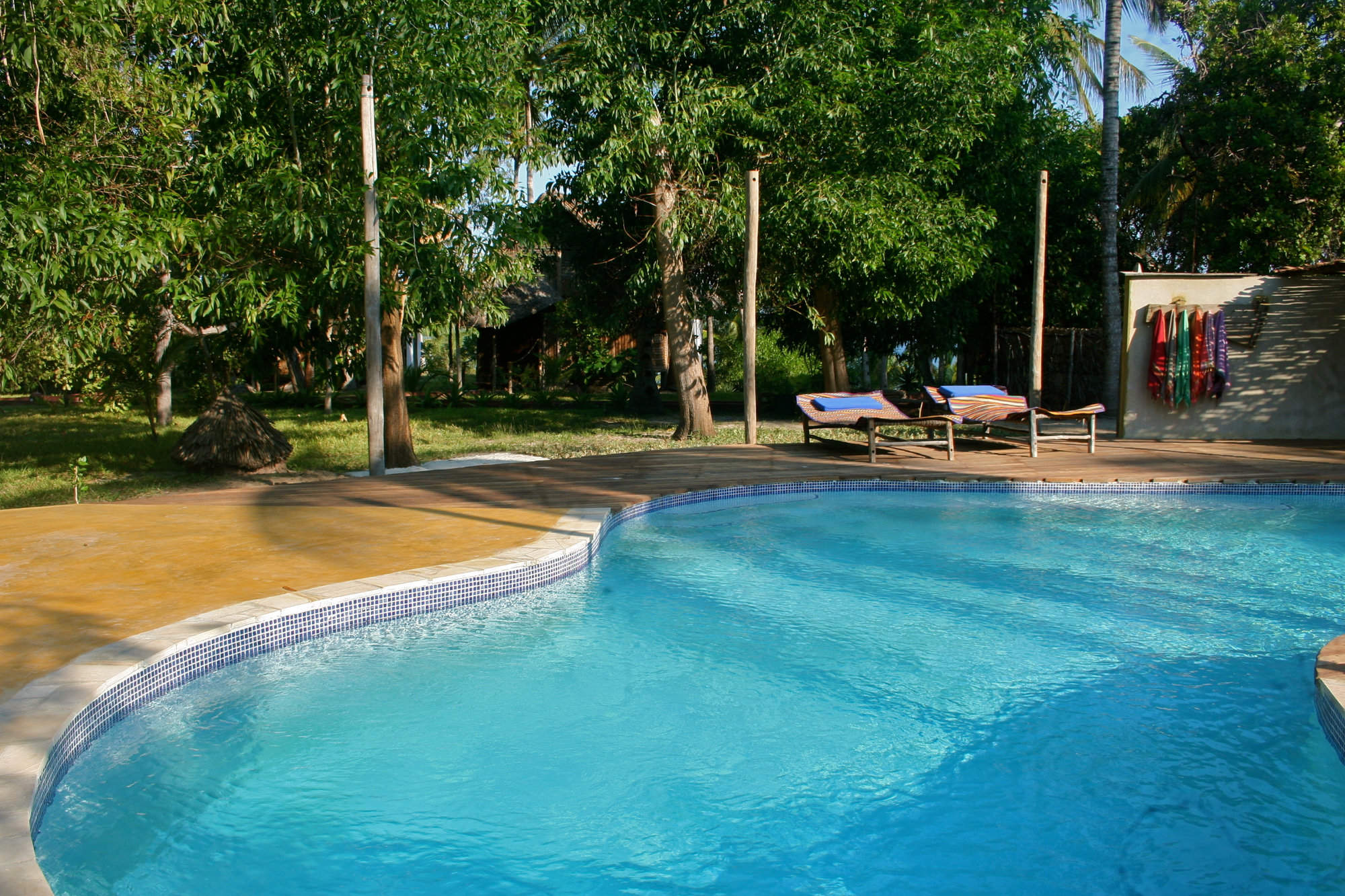 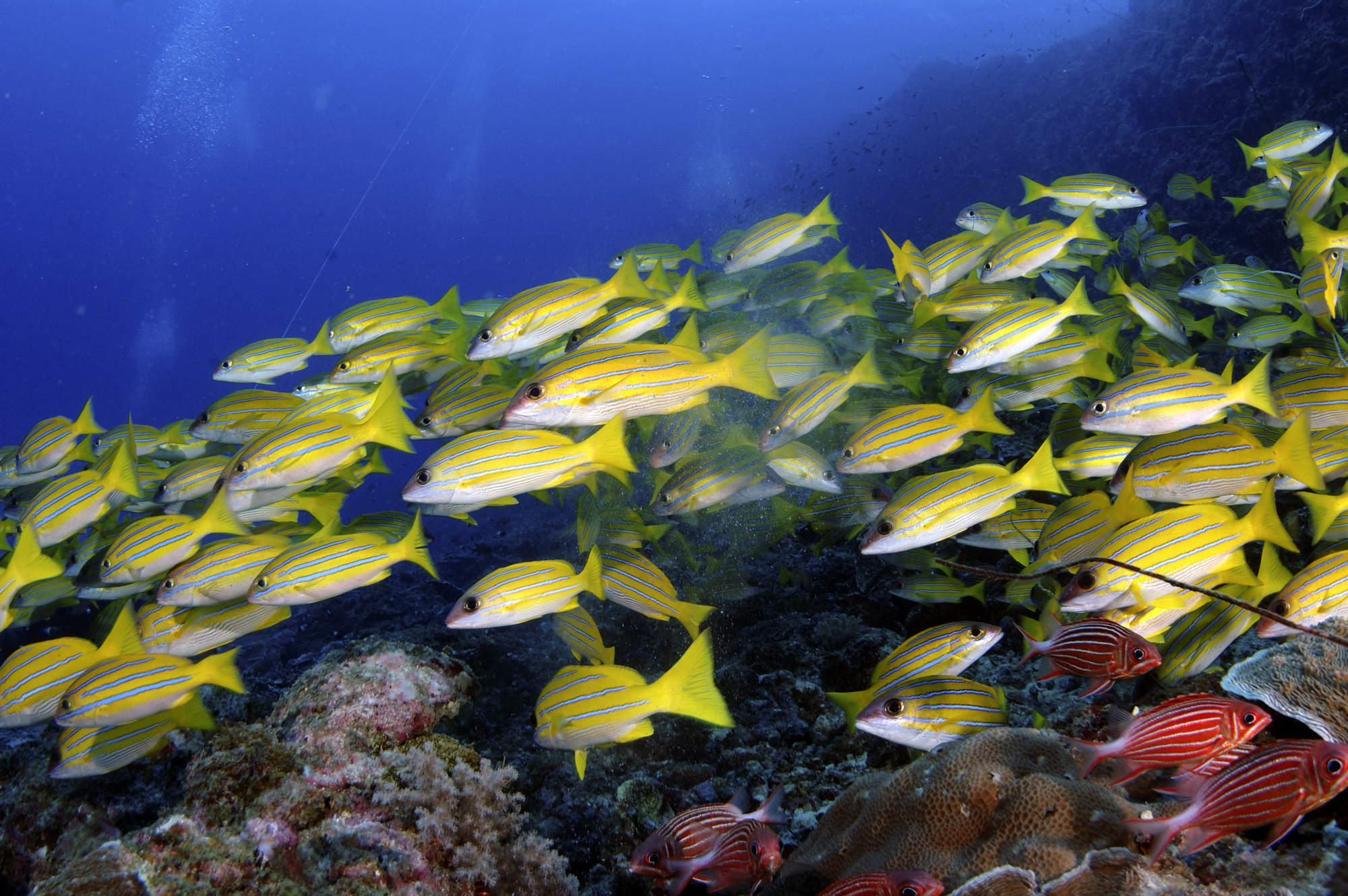 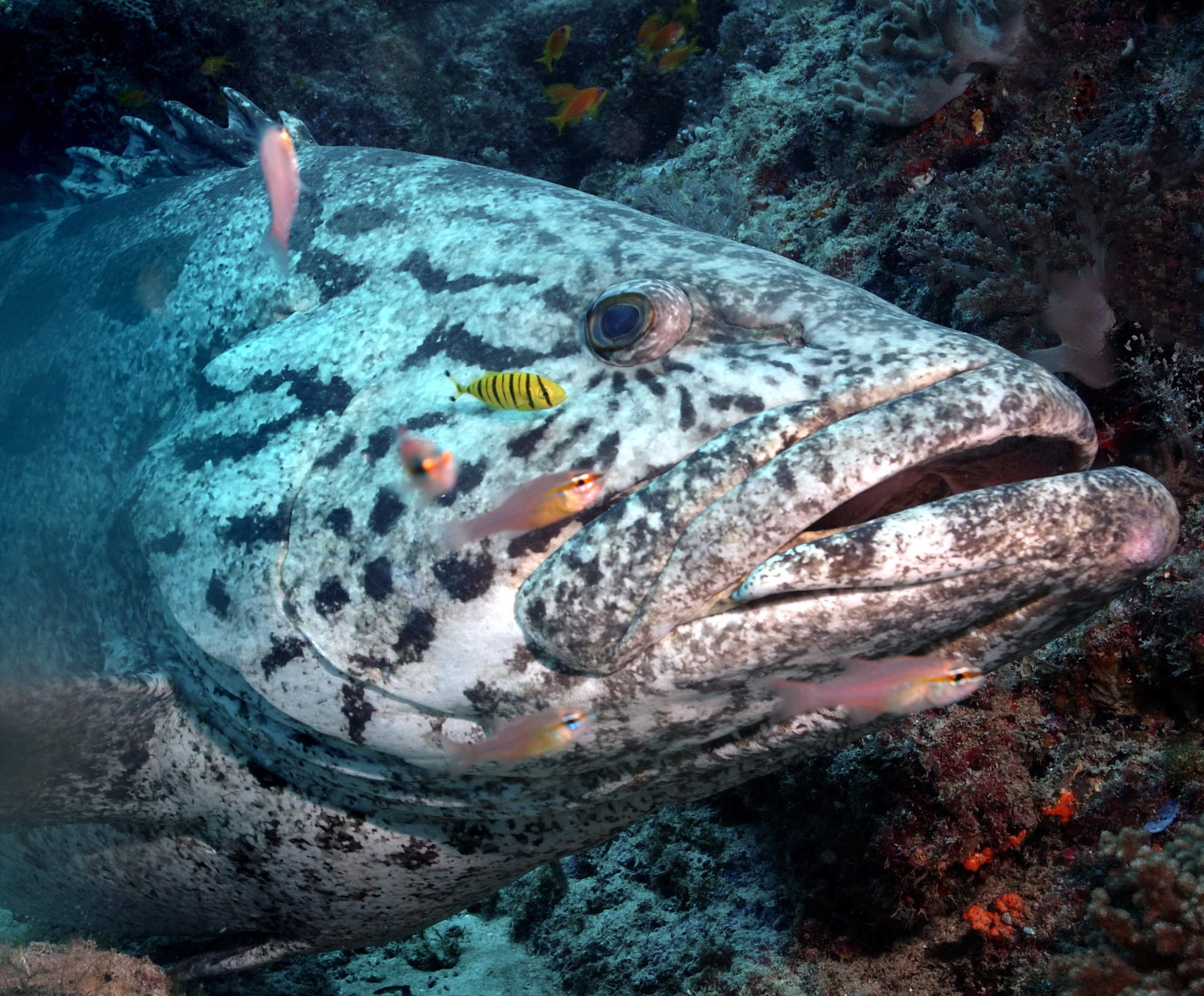 97 independent comments and wildlife information from our travellers who have visited Pole Pole and kindly agreed to share their thoughts. They do not necessarily represent the views of Expert Africa

Unfortuately the wind didn't stop blowing while we were there , making water activities like boat trips and snorkelling difficult if not impossible without a strong stomach for the rolling of the boat and buffeting by the waves while snorkelling. Activities to sail to sand bars for picnics or evening drinks were cancelled while we were there. The wind also made it unsuitable for lying on the beach as well. Wind from this direction is apparently not uncommon in July.

Very friendly and well trained staff. Good location - shame not to see the sun setting. Unfortunately very windy so activities curtailed but Lynne made sure there was always something interesting to do.

"A good place to stay"

6 nights Arrived 22 Feb 2009
"We didn't experience any major problems there, but somehow we felt it was not as relaxing as we had expected. Maybe Beho Beho has spoilt us for life ;) Anyway, the general impression was good, hence the rating we are giving, but there were a few details that left someting to be desired.

Pole Pole is indeed situated nicely among palm trees and right at a little beach. The managers and the staff were very friendly and no request was a problem for them, which we appreciate a lot. The massage on offer is great and the food was excellent indeed. The tomato soup and the carrot soup were the highlights - thanks for the recipe :) The flexible meal times is a great idea.

As for the activities, the two snorkelling trips we made were really nice - especially the second one, because there was sunshine and because some seat cushions were provided on the boat, unlike the first time. The visit to Utende was very interesting, many thanks to Mr Zeni, who proved a very good guide and took us to the primary school and the dispensary.

Unfortunately, the whale-sharks boat trip, for which we paid 60 USD per person, was absolutely unsuccessful - we spent half a day searching for them and found none, probably because of the bad weather at the time. We were charged in full for the trip, though. We understand that there are some costs to be covered anyway, like the driver's and the boat crew's fees, but we would have appreciated an appropriate discount, especially since - as were told - it was the very first time when no whale-sharks were to be seen.

Our general idea was to go to Pole Pole to relax after a safari, also to do a bit of snorkelling etc, but mostly to read and chill out in peace and quiet. Due to the tides, there isn't much sea to swim in in the mornings and not much of a beach in the afternoon (and the neighbouring beach wasn't very tranquil, really), so do not expect to be able to swim and use the beach any time you want, you have to spot the right moment for it. You can spend your relaxation time on your lodge's terrace, but there is only one day bed, so if you are two people that are NOT travelling as a couple, someone has to sit in a not-too-comfy chair or lie down on a bed in the room. Another option is to relax is the library - there is a hammock and you may be lucky to find it unoccupied. Might be a good idea to put hammocks in all the terraces.

The room and the bathroom were clean but the towels were kind of smelly, so we asked for a change, but the new ones smelt of damp as well. The beach towels were clean but there were some old yellow stains on them, which is a bit disappointing in a place that clearly has ambitions to be simple, but still a bit posh.

If we may make a suggestion, a price list for the soft drinks and alcoholic drinks should be privided in the rooms and in the bar - firstly, it's just nice to know what exactly is offered, secondly - it's nice to know the prices beforehand and not only when you sign the bill in the evenings.
" See all these reviews: 12n in Tanzania
Experience Report
Overall Rating:
Good
Location:
Good
Service:
Good
Activities:
Good
Rooms:
Good
Food:
Excellent
Facilities:
Good
Mr & Mrs B
Norfolk

10 nights Arrived 15 Feb 2009
"Very well managed by Gabrielle and all the staff were a delight. Food could be a bit more exciting though the fish was excellent.

The beds were poor especially the mattresses and the linen both of which need to be replaced by better quality ones." See all these reviews: 21n in Tanzania
Experience Report
Overall Rating:
Good
Location:
Excellent
Service:
Excellent
Activities:
Good
Rooms:
Average
Food:
Good
Facilities:
Good
Mr & Mrs C
Gloucs.

5 nights Arrived 7 Feb 2009
"Pole Pole was a treat - we loved the fact that it had only 7 rooms and hope it never expands - that would change it completely.

The person who ran it had disappeared 3 weeks before so we had a stand in manager, Gabrielle. She was wonderful - and couldn't have done more for us. It was beautifully run with every comfort and attention to detail. If you were looking only for lazy days at the hotel then the beach was a little bit disappointing - at low tide one would have to walk 10 minutes round the point for a swim. We didn't really mind - we got into the habit of a daily snorkelling trip by boat. The extra activities were expensive - the $ exchange rate didn't help but as the isalnd is small, $60 pp for a trip and picnic to another island or beach seemed quite a lot.

6 nights Arrived 25 Jan 2009
"Life at Pole Pole was luxurious, tranquil and calm. The staff were graceful, seeming to really enjoy the job of looking after the guests
and just watching them serenely going about their work made me slow down and relax.

The food was a wonderful surprise, a wide variety (including a delicious Swahili meal) served outside overlooking the ocean. With linen and flowers at every meal (even at the 3 course breakfasts) the fish and local fruits were especially fresh (no worry about food miles here.)

The Dow trips out to the coral beds for snorkeling were a highlight especially the day we sailed onto a sandbar for barbecued fish served by the Captain and his crew. The colony of fruit bats which passed by our veranda each evening at sundown will be remembered for a long time to come and having a massage from Jenny whilst overlooking the beach is a treat we would recommend.

5 nights Arrived 3 Jan 2009
"The food was really excellent. Every meal was always something special.

The only disappointment was the beach. It was not very pleasant and we didn't know about that." See all these reviews: 9n in Tanzania
Experience Report
Overall Rating:
Excellent
Location:
Excellent
Service:
Excellent
Activities:
Excellent
Rooms:
Excellent
Food:
Excellent
Facilities:
Good
Mr & Mrs C
Norfolk

3 nights Arrived 25 Dec 2008
"A totally different experience from the previous three lodges - this was a more upmarket, exclusively professional and a highly enjoyable tropical retreat, where the real world was kept at bay. The lodges were very comfortable in luscious settings overlooking the gardens leading down to the beach.

Every aspect was directed at providing a second to none experience and at the end of our trip we appreciated the pampering of wonderful food, electricity, flush toilets and a quiet electric roof fan to make sleeping possible. Three nights was just right for us. All local staff were extremely helpful and spoke and understood better English than on Chole.

The boat and snorkelling trips inspired confidence, were professional in all respects and planned individually for guests the previous night. All staff were upbeat, polite and professional in every respect.

4 nights Arrived 8 Dec 2008
"You couldn't get much more relaxing than a few days at Pole Pole. On our first morning, totally exhausted from our safari, we surfaced at 11.30 and were amazed to find that breakfast was still being served. Maura was so welcoming and we loved discussing the food with Mattija whose passion for fresh, local food is really impressive (and his homemade chilli oil isn't bad either!).

Everything was set up so that you could do as much or as little as you wanted and the dive trip (departing from the dive centre at Mafia Island Lodge next door) was really enjoyable, as was the snorkelling trip on our first day.

Being served dinner (and champagne) alone in the beach hut as a surprise on our last night was a really special touch which we really appreciated." See all these reviews: 9n in Tanzania; 2n in Zanzibar
Experience Report
Overall Rating:
Excellent
Location:
Excellent
Service:
Excellent
Activities:
Excellent
Rooms:
Excellent
Food:
Excellent
Facilities:
Excellent
Showing 71-80 of 97
1...78910
Previous Next
94%
97 reviews of Pole Pole by travellers since August 2007
Overall rating by our travellers
71
24
2
0
0
Filter by month