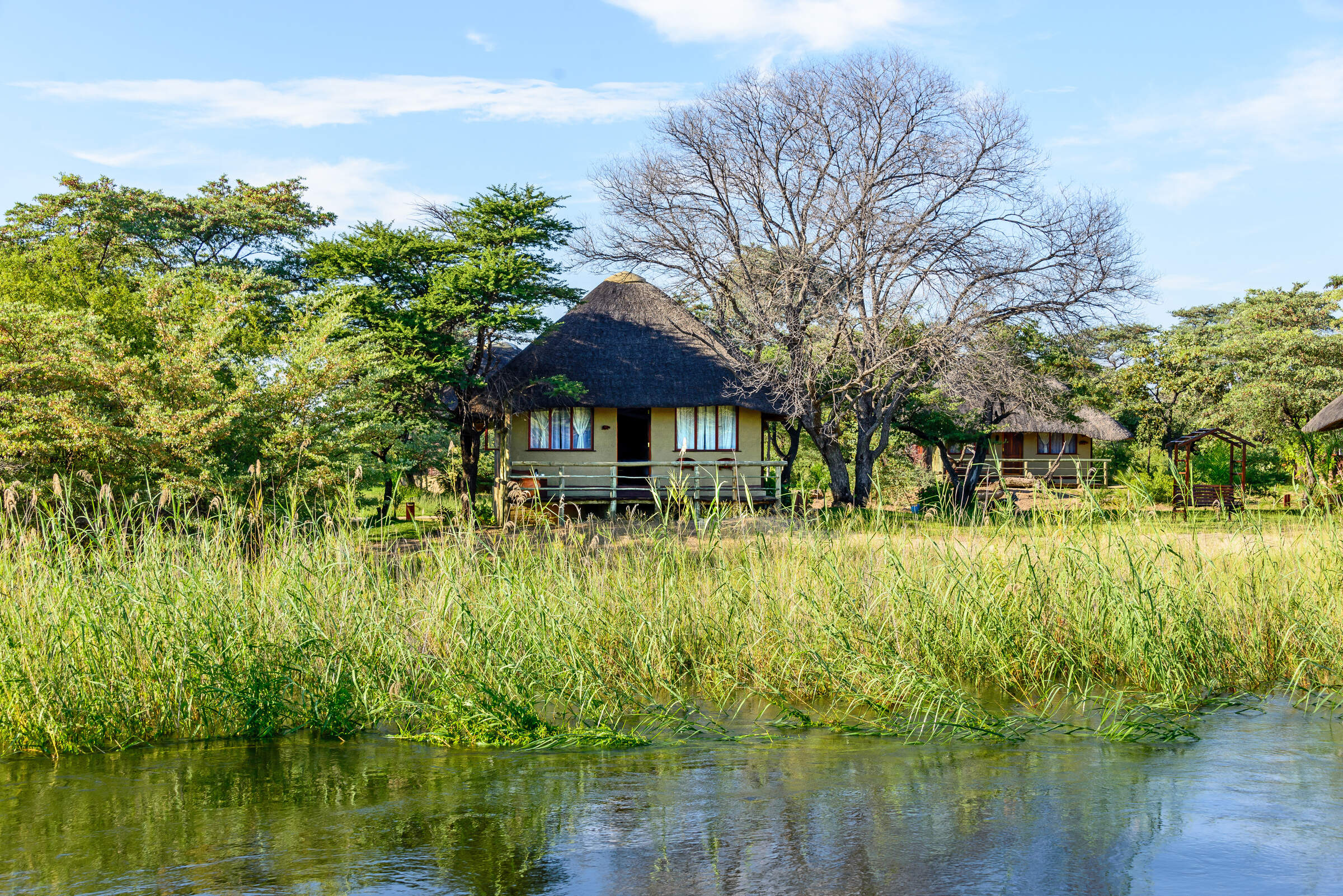 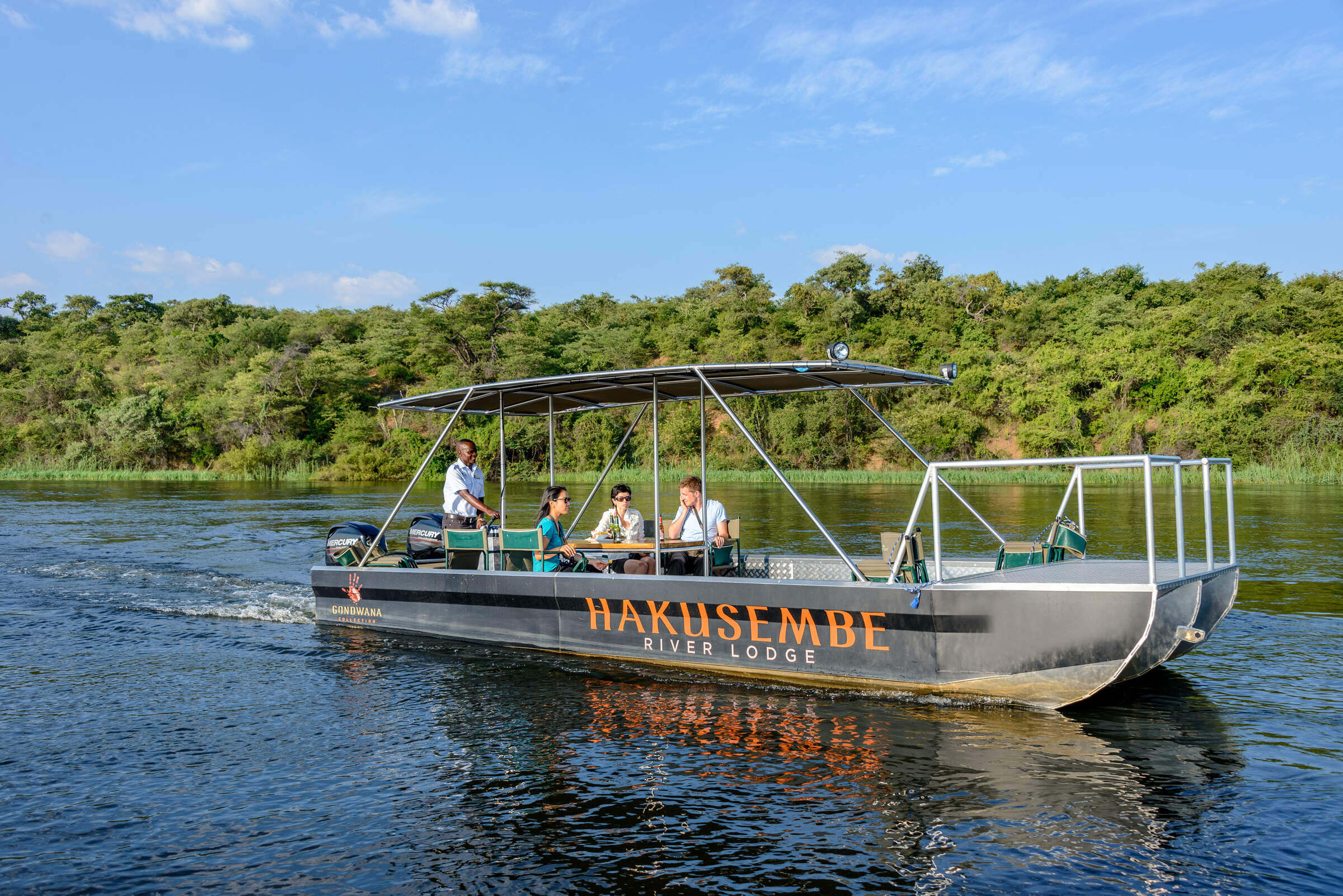 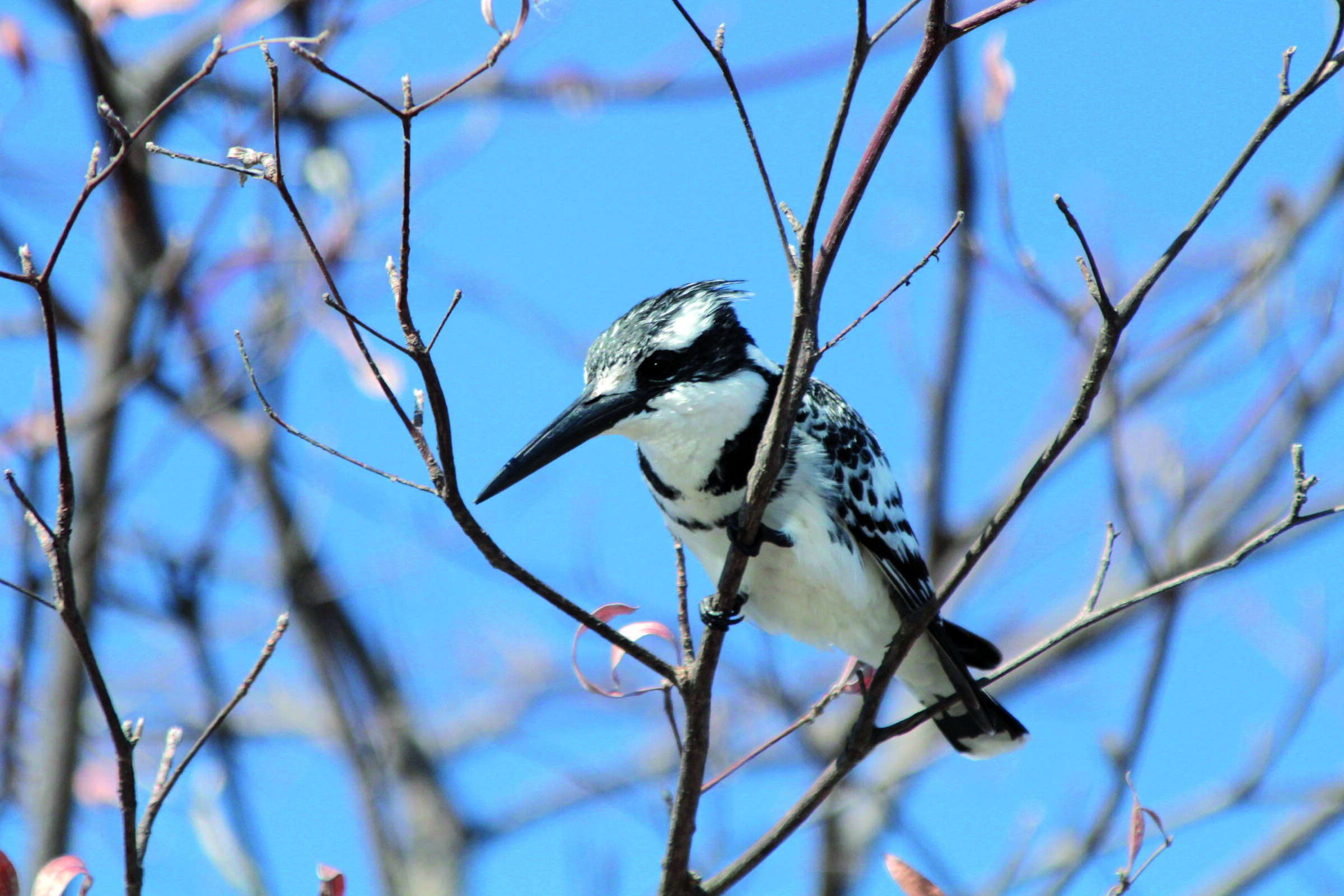 85 independent comments and wildlife information from our travellers who have visited Hakusembe Lodge and kindly agreed to share their thoughts. They do not necessarily represent the views of Expert Africa

"Good for an overnight stay."

1 night Arrived 24 Jul 2019
"We had one night here after a long drive from Etosha. It had ... We were too late to do the sunset cruise but the lodge was a great place for relaxing.

The food was excellent - it was buffet style, and this lodge showed that buffets can be very good. It was high quality with plenty of choices at both breakfast and dinner." See all these reviews: 17n in Namibia; 2n in Zimbabwe
Experience Report
Overall Rating:
Excellent
Location:
Excellent
Service:
Excellent
Rooms:
Good
Food:
Excellent
Ts
Gloucestershire

We went on the sunset boat trip which was brilliant with an excellent guide.

2 nights Arrived 11 Sep 2018
"Our room was large and there was much attention to detail in the furnishings. We particularly enjoyed the books of Namibian historical tales. The balcony had a direct view of the river so we could watch the villagers and animals on the Angolan side.

Food was excellent, with plenty of choice. Dinner consisted of a set starter and dessert, with a buffet main. The staff were attentive and very friendly during meals and their after-dinner entertainment was well received. However, during the day staff were not much in evidence; certainly not the constant attention that is paid at some other lodges.

A flask of coffee and biscuits were left outside the room first thing in the morning, which was a thoughtful touch.

We enjoyed the sundowner cruise along the river, but otherwise felt that there was little to do either at the lodge or in the area. After busy days driving to waterholes in Etosha, this was a peaceful time, but, personally, we wanted more. It feels very much like a one-night stop for most people, which is a shame." See all these reviews: 16n in Namibia; 4n in Botswana
Experience Report
Overall Rating:
Good
Location:
Excellent
Service:
Excellent
Activities:
Poor
Rooms:
Excellent
Food:
Excellent
Facilities:
Good
Crooks
Bristol

1 night Arrived 7 Sep 2018
"This was the largest and busiest lodge we visited on our trip.

The location overlooking Angola and not far outside Rundu was good with interesting views across the river. The check in was well managed and our room was comfortable. The grounds of the lodge were well kept and easy to stroll in.

Our buffet evening meal included a singing and dancing performance by some of the lodge staff, some of whom appeared to be more enthusiastic than others about their participation." See all these reviews: 8n in Namibia; 3n in Botswana
Experience Report
Overall Rating:
Good
Location:
Excellent
Service:
Good
Rooms:
Good
Food:
Average
Facilities:
Good
Mr J & Ms J
Devon

1 night Arrived 15 Jul 2018
"The rooms are superb and it is a shame to use them for just one night. The river cruise was OK, but we didn't see a lot of wildlife.
The meals are buffet style and the food good. This is quite a large lodge and quite commercial, but well run and a relaxing setting by the river." See all these reviews: 14n in Namibia; 5n in Botswana
Experience Report
Overall Rating:
Excellent
Location:
Good
Service:
Good
Activities:
Good
Rooms:
Excellent
Food:
Good
Facilities:
Good
Mr R
Napier

1 night Arrived 14 Sep 2017
"Although the water level was unusually low, our guide managed to weave his way around the sandbags and rocks and, accordingly, wecsa2 a good number of animals and birds.

1 night Arrived 30 Jun 2017
"A lovely lodge, well laid out with great views over the river. We also enjoyed relaxing around the pool. This was a very convenient place to stay with welcoming and friendly staff. The bungalows were very comfortable, some of them located directly overlooking the river and others in a row behind (we had one of each). A nice touch was the fresh coffee brought to our rooms in the morning.

Dinner was buffet style with plenty of selection and the chef on hand giving you all the info you needed about the dishes he had prepared. A very personal approach.

For those wanting to stretch their legs it was safe to run (or walk) along the drive leading to the lodge.

While this lodge did not have the intimate feel of some of the others we stayed at we thoroughly enjoyed it and would visit again." See all these reviews: 17n in Namibia; 2n in Zambia
Experience Report
Overall Rating:
Excellent
Location:
Good
Service:
Excellent
Rooms:
Excellent
Food:
Good
Facilities:
Good
Showing 1-10 of 85
123...9
Next
86%
85 reviews of Hakusembe Lodge by travellers since August 2007
Overall rating by our travellers
36
42
5
2
0
Filter by month

Standards have slipped at Nkwazi Lodge in recent years which somewhat detract from its scenic location on the banks of the Kavango River.

NNunda River Lodge overlooks a pretty part of the Kavango River near Popa Falls and the productive Mahango National Park.