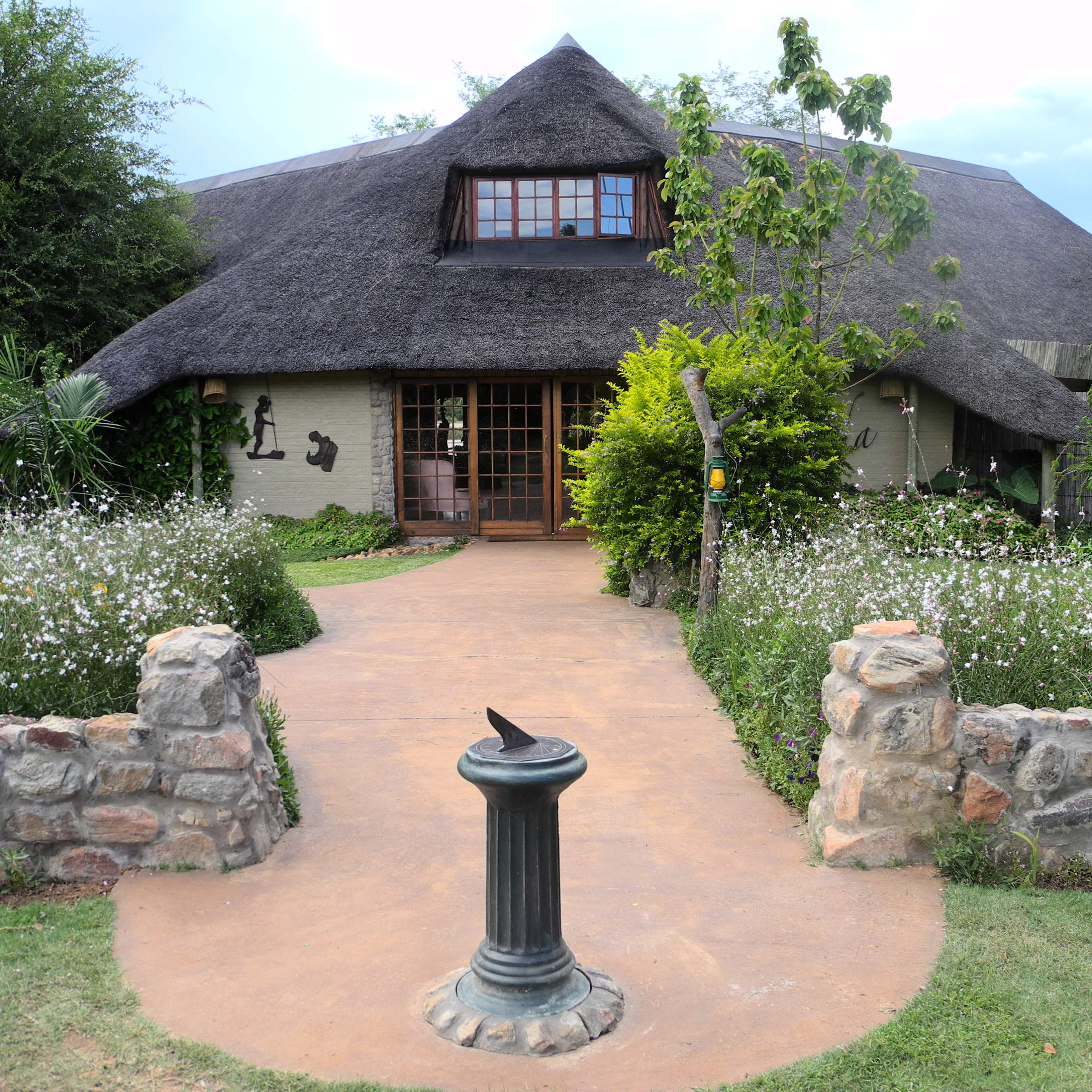 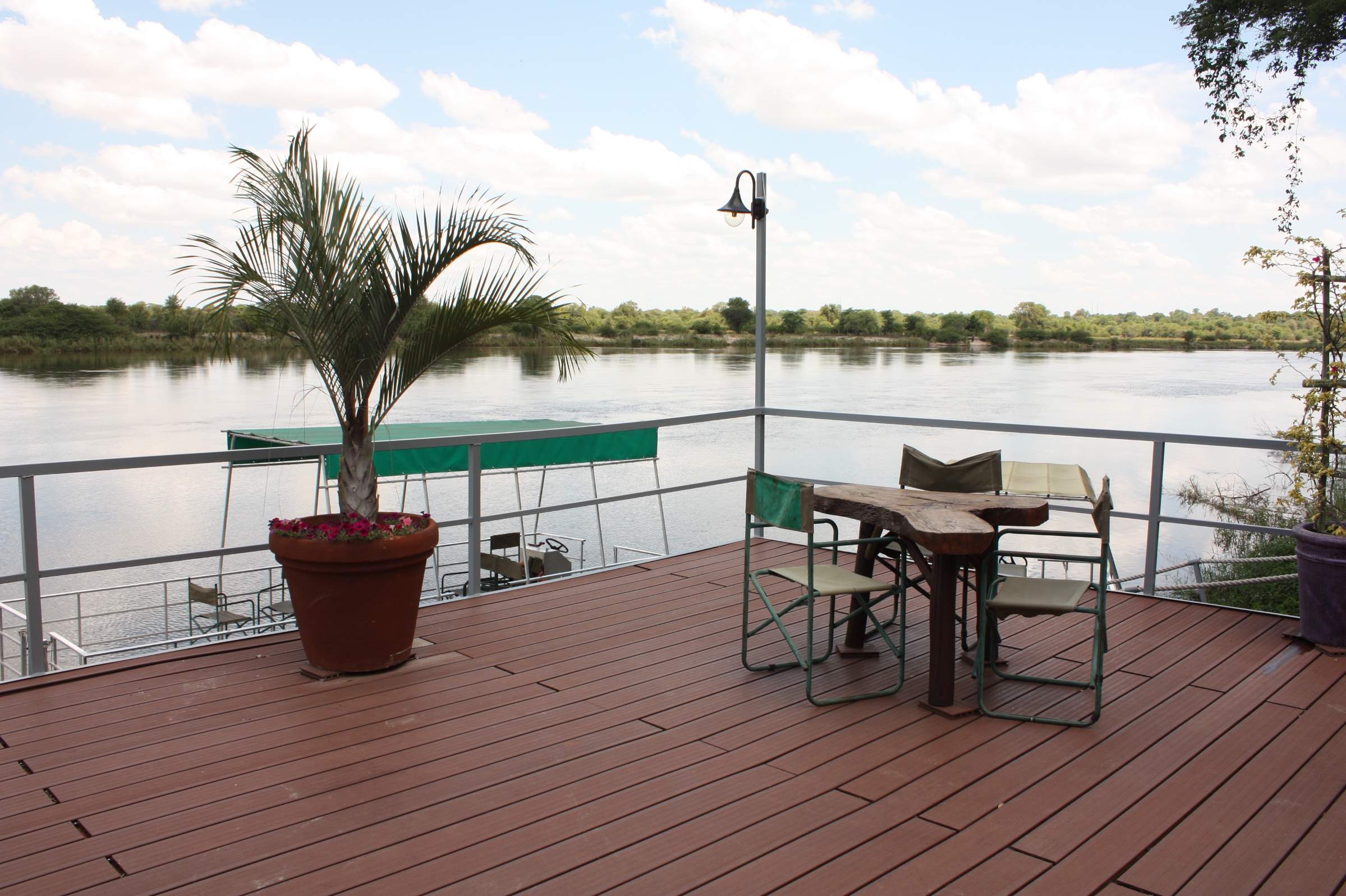 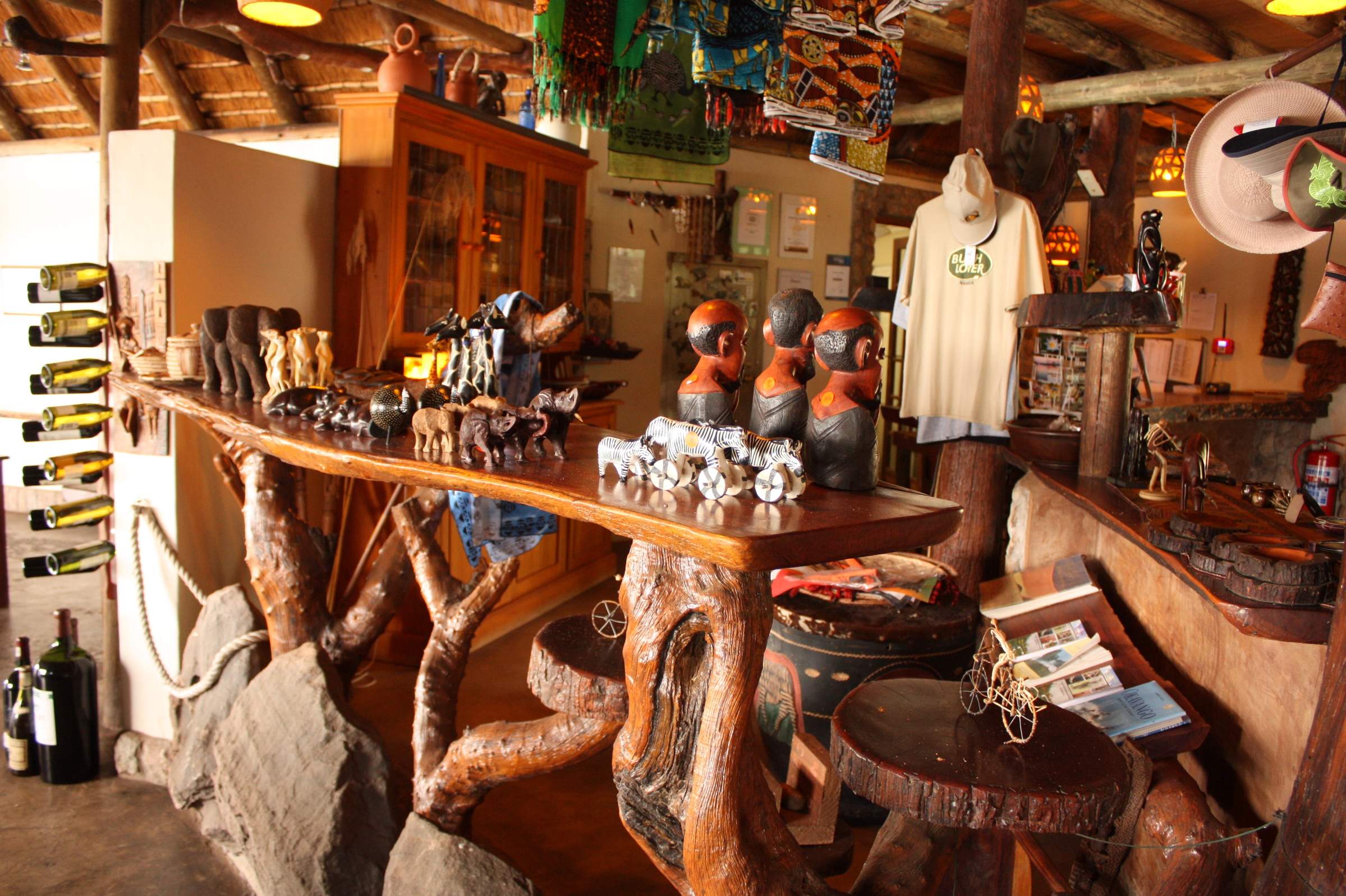 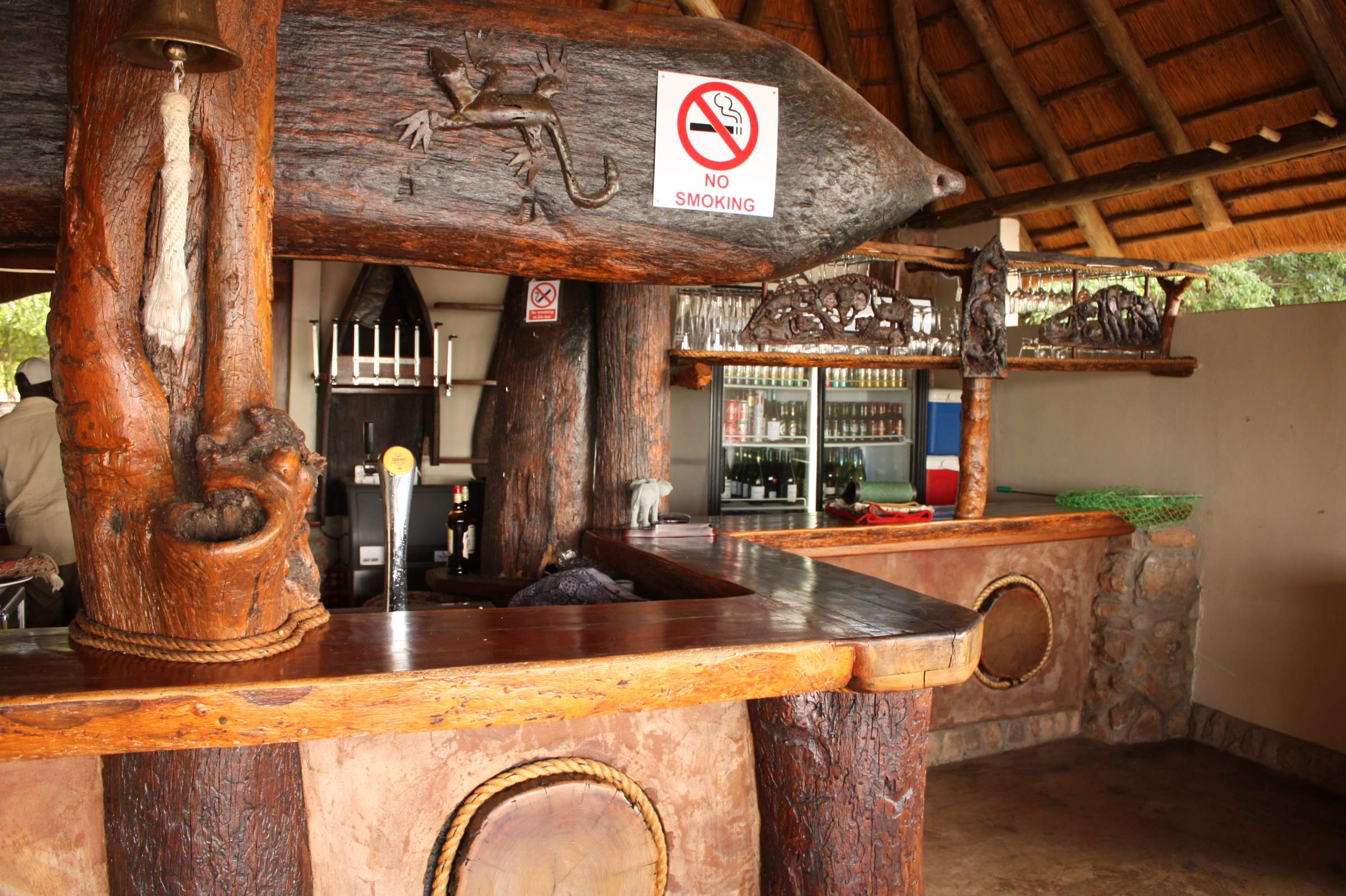 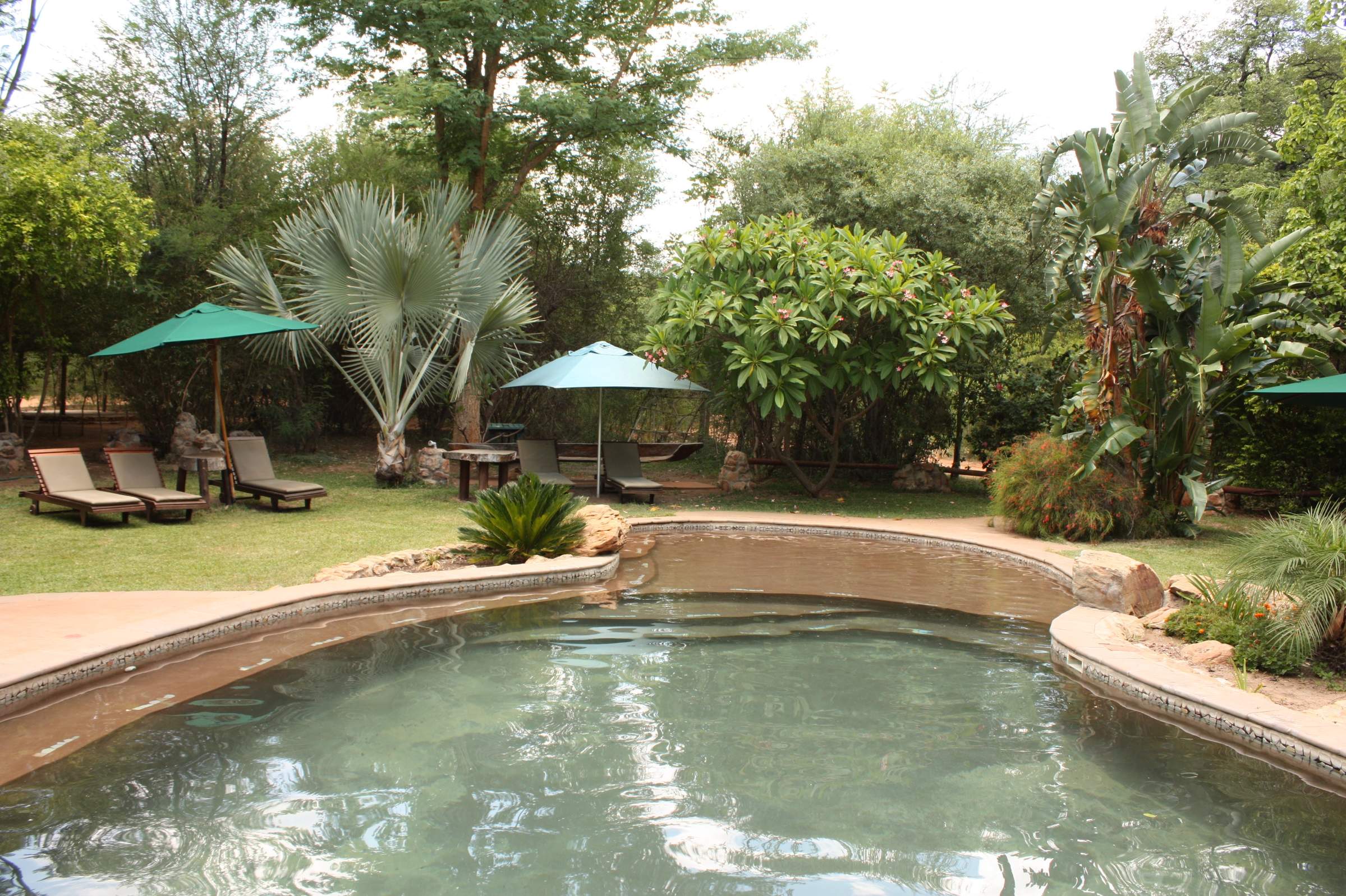 25 independent comments and wildlife information from our travellers who have visited Nunda River Lodge and kindly agreed to share their thoughts. They do not necessarily represent the views of Expert Africa

2 nights Arrived 14 Aug 2019
"This was a nice and kind place to stay near Popa Falls (that are not really interesting at all - just rapids - especially not after seeing Epupa Falls). The safari tents were a bit old and the interior an could need an update, but the staff were kind. Especially dinner and breakfast had a high quality and the staff sang after dinner (gave a little performance). That was a positive surprise. " See all these reviews: 21n in Namibia; 2n in Botswana; 2n in Zambia
Experience Report
Overall Rating:
Average
Location:
Good
Service:
Good
Activities:
Average
Rooms:
Average
Food:
Excellent
Facilities:
Good
Mr & Mrs R
Syderstone

2 nights Arrived 13 Sep 2018
"Lovely room on the riverside. All very comfortable. The view from the toilet was great!

The food was very good and we liked the fact that the manager and family ate with the guests and spoke to everyone during the meal. The only disappointment was on the braai night, when some guests took far too much, leaving no seconds for us! So get to the dining room promptly!

It was easy to visit Mahango Park in our vehicle, but we were grateful for the advice on routes from the manager. The Park has plenty of wildlife, including water animals.
" See all these reviews: 16n in Namibia; 4n in Botswana
Experience Report
Overall Rating:
Excellent
Location:
Excellent
Service:
Excellent
Rooms:
Excellent
Food:
Good
Sightings Report

1 night Arrived 16 Oct 2016
"Our accommodation was a thatched chalet overlooking the Kavango river. The room was tired and in need of a freshen up.

The restaurant and bar are sited really well also overlooking the river.

The food was good and the service if anything a little too quick which shortened the evening." See all these reviews: 27n in Namibia
Experience Report
Overall Rating:
Good
Location:
Excellent
Service:
Good
Rooms:
Good
Food:
Good
Mr & Mrs M
Kingsley

Drove to Mahango National park which is very close and was most enjoyable and did a sunset cruise to Popa Falls with an excellent guide and great views of the wildlife and birds. The cruise took an unexpected turn halfway through as our guide did a mid river rescue of some Germans whose boat was stuck on the rocks as the engine had failed. Much more exciting than we ever could have imagined !

2 nights Arrived 18 Nov 2014
"Cameron, the charming manager, met us at the door. He was full of very useful information about what to do in the area. He suggested which parks to visit and the best times of day to visit them and told us it was easy to self drive in the parks.

We did a river trip but the guide was not very good so we didn't repeat it. It was delightful to sit on our balconies watching the birds, hippos and otters playing in the river. The grounds were full of interesting birds, even a paradise flycatcher and his mate were there to greet us!

2 nights Arrived 11 Nov 2014
"We liked Nunda very much. The staff were extremely friendly, and the birding guide was especially good. Accommodation was nice, and the environment was very pleasant.

Breakfast was good, but the supper was mainly shop bought and some combinations were weird and not nice e g potato and blue cheese soup! . If they improved their evening food, it would be super." See all these reviews: 10n in Namibia; 4n in Botswana
Experience Report
Overall Rating:
Excellent
Location:
Excellent
Service:
Excellent
Rooms:
Excellent
Food:
Average
Facilities:
Excellent
Mrs B
Hampshire

2 nights Arrived 11 Oct 2014
"Lovely tent right on the River bank, with plenty of noise from the Hippos!
Lovely river view with lots of locals fishing and going up and down the River in tiny boats.
Well organised dining room with good service,wine,and food. well the coffee could have been Better.
Great boat trip, with guide knowledgeable on birds and anecdotes of local culture. Poppa falls worth a trip,more rapids than falls though!
Drove ourselves round Mahango park,just down the road, with satisfying view of Lechwe.
Nice pool for a spare moment in the garden." See all these reviews: 14n in Namibia
Experience Report
Overall Rating:
Excellent
Location:
Good
Service:
Good
Rooms:
Good
Food:
Good
Facilities:
Excellent
Mr G & Mrs S
NOT.

Having said that this lodge is very good Its got great rooms , good food ,good tiger fishing

But I just got the sneaky feeling the owners ( there are three of them there ) would really rather not have you around if it was not for your cash . A shame really all they need is a good front of house man and the place would improve no end and they could get back to what ever they like doing !!

2 nights Arrived 15 Sep 2014
"The lodge is in a superb position on the river and we had a river front tent. However, it was supposed to be a "luxury" tent, which was far from true. The zips didn't close and the mosquito net was filthy and had holes in it which had beed stuffed with tissues.

I reported the zip to Cameron, the owner, who said something would be done about it but nothing was. Apart from a luggage rack and hanging rail (which kept falling down) there was nowhere to put anything in the tent. A chair would have been handy.

The bar service at mealtime was poor. We booked 2 walks and when we appeared for them, they hadn't been organised, My village walk was was hurriedly arranged, but my partner didn't get his bird walk. There was a mistake on the bill when we came to pay." See all these reviews: 13n in Namibia; 2n in Botswana
Experience Report
Overall Rating:
Average
Location:
Excellent
Service:
Average
Activities:
Average
Rooms:
Poor
Food:
Average
Facilities:
Good
Family H
Bedfordshire

The bathrooms however are open both to the outside and to the bedroom area, allowing access to some big double bodied wasps. No sooner had they been dispatched, than more arrived and this particularly upset two of our party of four. Of course, this is Africa, and insects of various kinds are to be expected, but these were very large and very many.

The owner was most understanding and explained that the wasps slept in the early evening, only waking later the next morning, when temperatures rose. That is what happened, so we simply avoided the rooms after breakfast till late afternoon, which solved the problem. She did say that they were going to put insect netting in the open areas of the bathrooms and between bathrooms and bedrooms.

One of our rooms had a couple of fruit bats in the ceiling, which of course, were able to come and go too. We didn't mind those! Even their droppings on the floor next morning!

Very noisy hippos in the morning, as they seemed to like an early morning swim in the river nearby.

Hakusembe River Lodge is a substantial lodge with a superb location on the Kavango River.

Standards have slipped at Nkwazi Lodge in recent years which somewhat detract from its scenic location on the banks of the Kavango River.