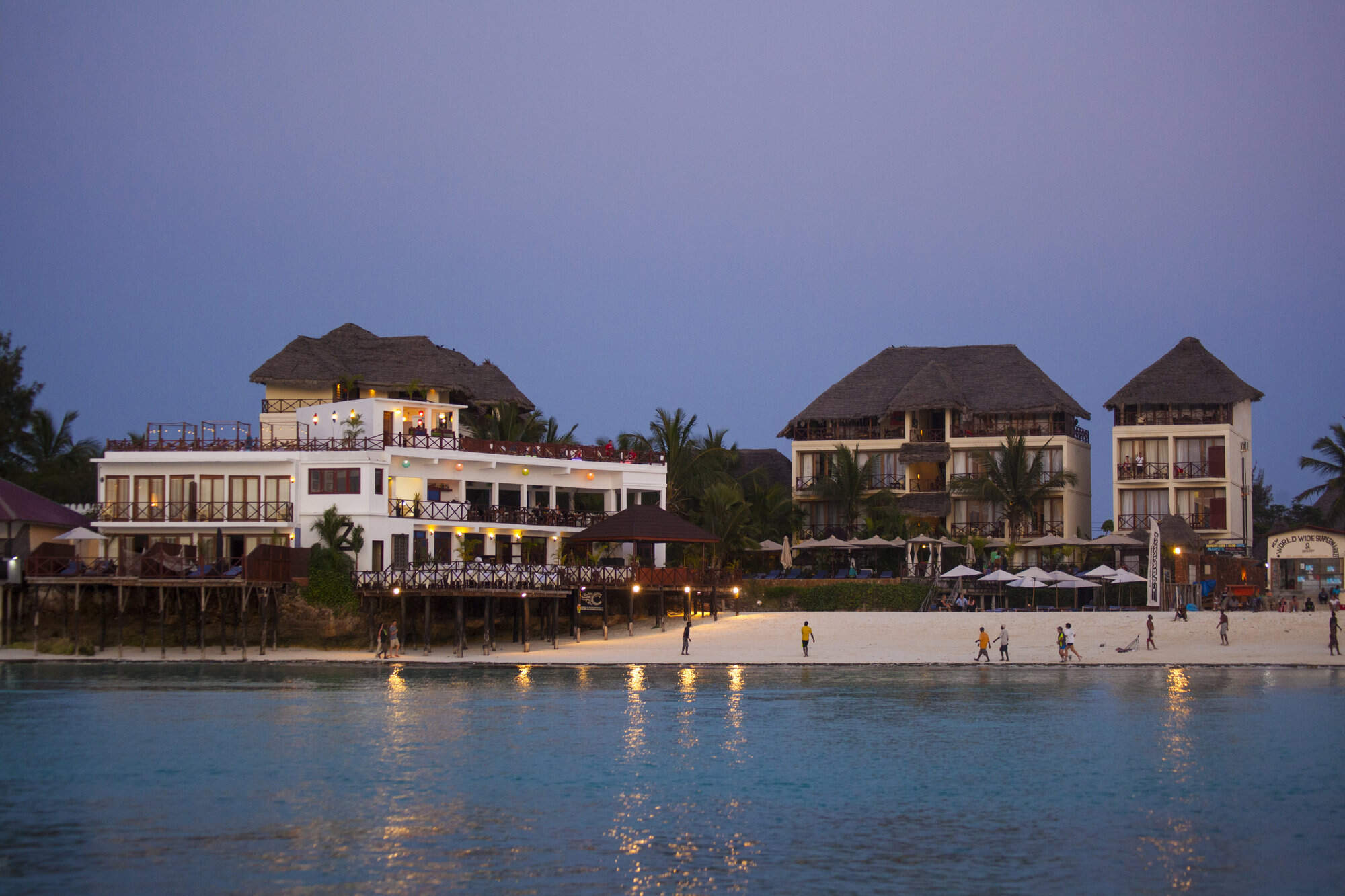 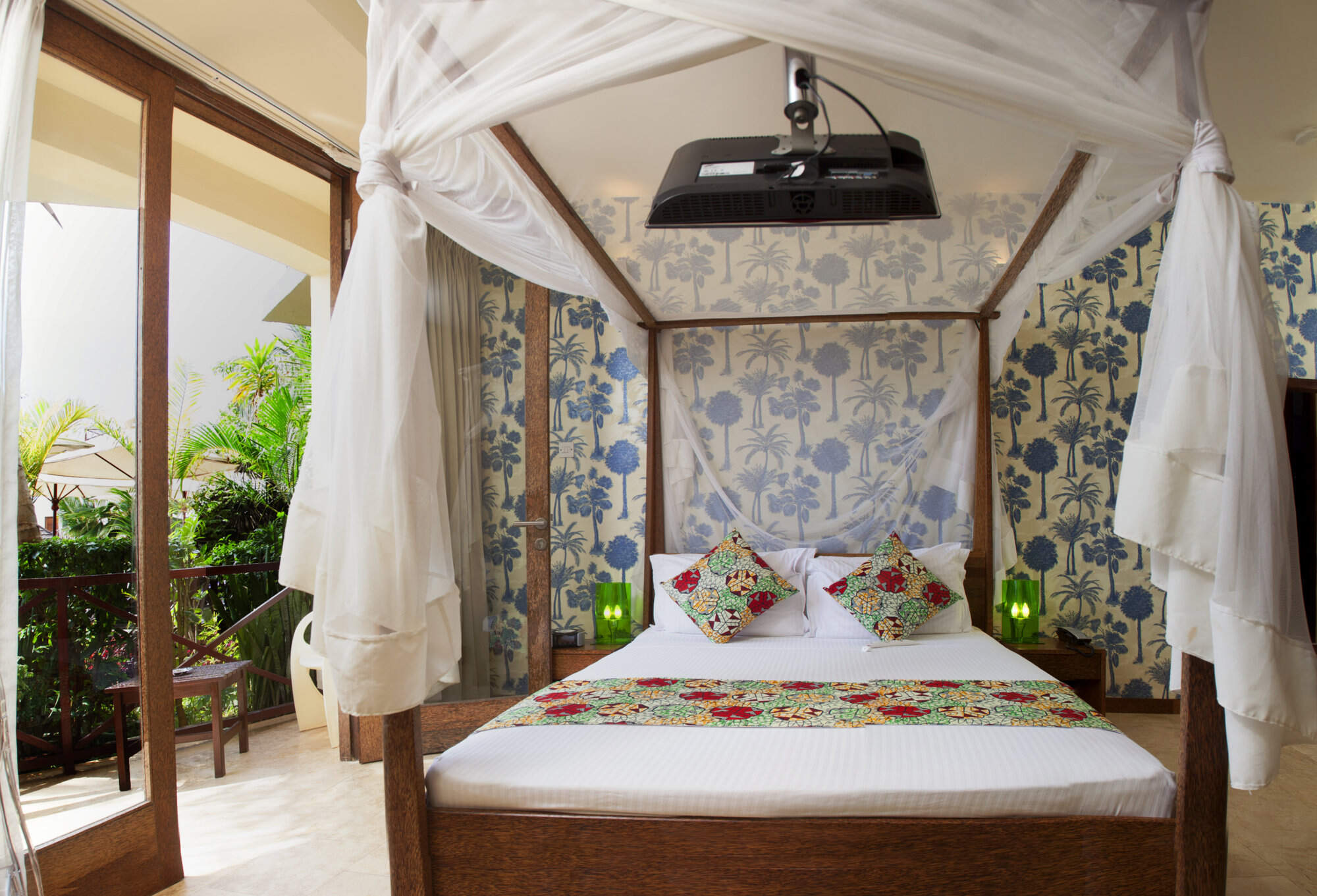 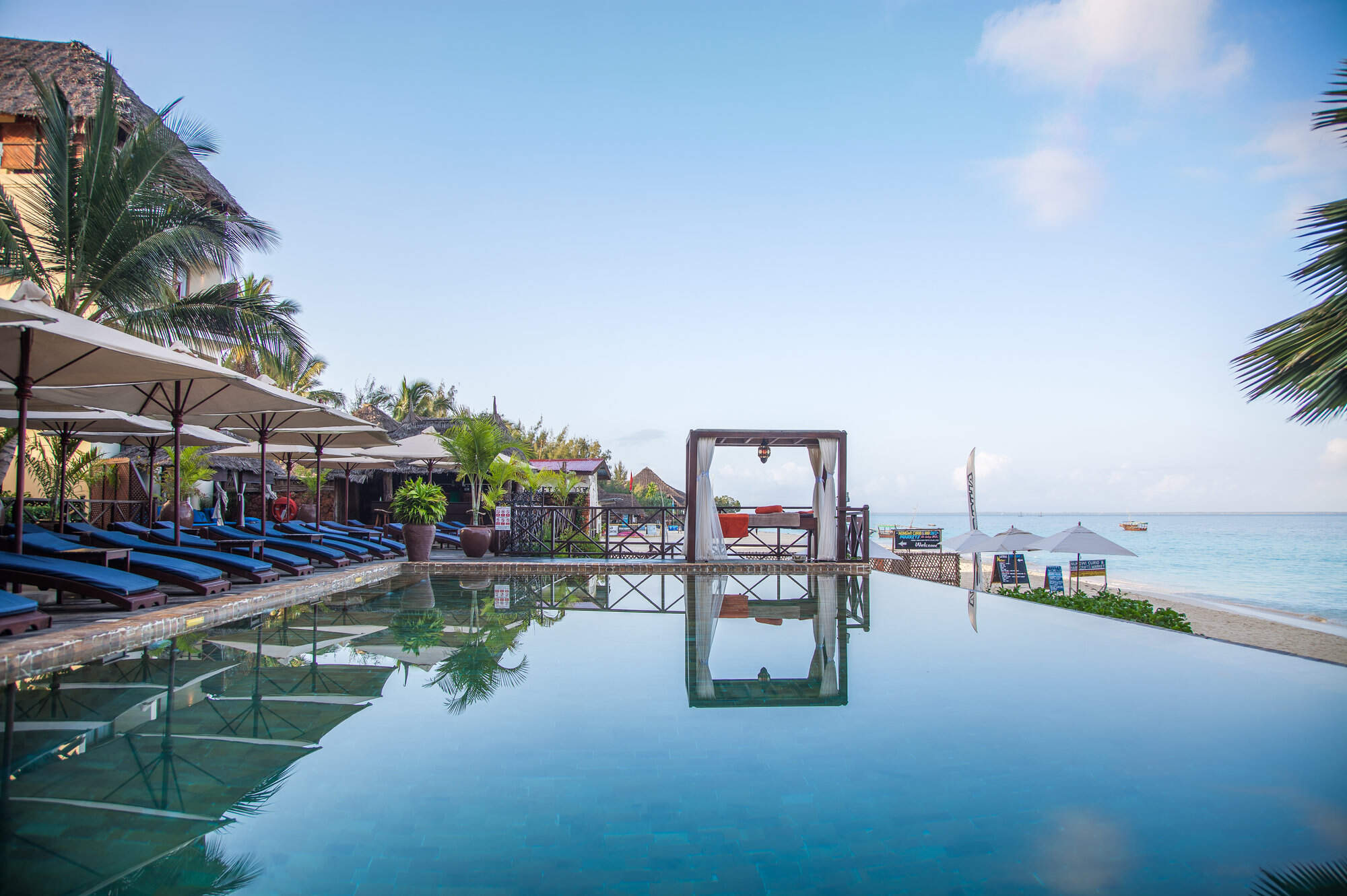 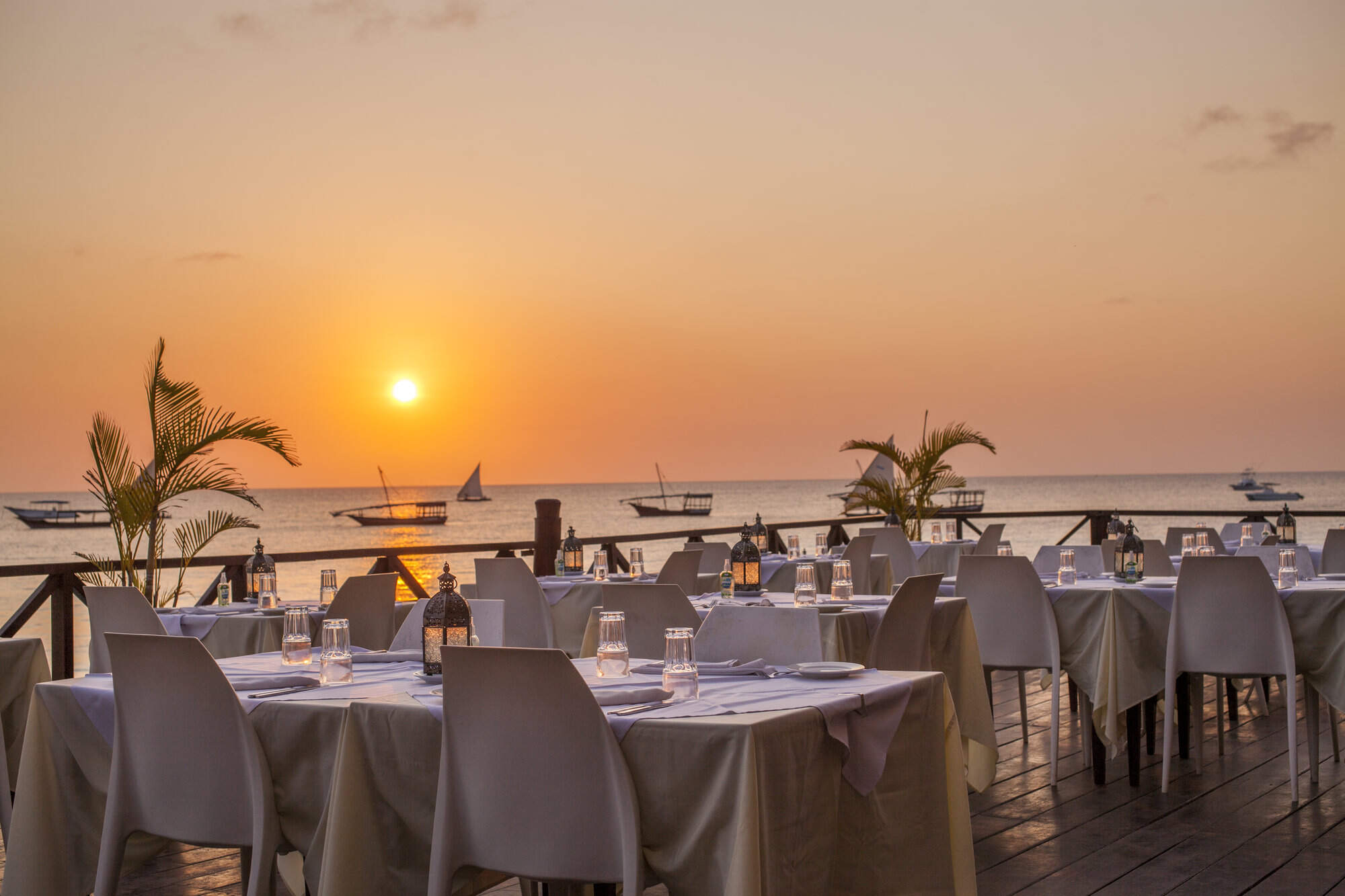 The Z Hotel: Our full report

Located in northern Zanzibar, on the popular Nungwi peninsula, The Z Hotel is right next to one of Nungwi’s ...

... best beaches on this busy section of the island. Its owners, who have close links to the UK, appear to have had a ‘smart soho set’ in mind as clientele as they tried hard to make the Z Hotel a modern ‘boutique’ hotel, with much use of chic design, and designers.

Set amid lush tropical gardens, all of the rooms at The Z Hotel have been finished to a high spec by a team of interior designers. The bespoke furniture, including four-poster beds, is made from locally sourced coconut wood, designed by Philippe Starck, and exclusive to The Z Hotel. Each air-conditioned room has floor-to-ceiling glass doors leading to a balcony, which has a garden, beach, or sea view and comes equipped with LCD flatscreen TVs with DSTV, WiFi, a telephone, a minibar, a safe, and iPhone docking stations. Complimentary toiletries by Inaya Zanzibar are provided in the bathrooms.

More experienced African travellers will realize that executing very precise, minimalist designs in this (or any!) corner of Zanzibar hasn't been at all easy – and the owners have some revealing stories of pitfalls along the way. Equally, it's one thing to build a hotel that appears 'smart and boutique-y', but quite another to provide the impeccable standards of service and food which most travellers will expect from a boutique hotel – without the pool of highly experienced staff that cities like London, Paris and New York would have.

In practice, we've found that The Z Hotel has tried very hard, and is a good hotel – but travellers shouldn't expect the standards that they might usually associate with a 'boutique hotel' in Europe or the USA.

The Z hotel organizes its 39 rooms into a range of categories: 17 deluxe seaview rooms, 16 deluxe garden-view rooms, three rooftop suites, two oceanfront cottages and one Z Suite – as follows:
The Z Hotel has a number of different dining options available to guests:
The Z Hotel has a curio shop (the Azizi Boutique) and tour office that can organise activities for you during your stay – day trips to Stone Town, spice tours and Jozani Forest trips to name a few. They have a on-site dive centre that can arrange deep-sea fishing and sunset cruises. Guests can also arrange horse riding with the nearby Zanzibar Horse Club. At low tide riding takes place on the beach, and at high tide, they take the horses into the water for a special swimming experience.

That said, many will spend their time in the very compact space beside the pool, or perhaps on the adjacent beach – see our Satellite map of the hotel to get a feeling for this busy area.

For those preferring to relax at the hotel, there is a mini spa offering massages, manicures, pedicures and facials. Sun loungers are dotted along the beach, as well as surrounding the tanga-stone infinity pool on the edge of the gardens. Hidden amongst the foliage you can find a number of sculpted animals; hippos lurk in the bushes whilst a monkey hangs from the roof.

The Z Hotel is located is the lively area of Nungwi in the north of the island. This is a bustling little town, and guests who wish to escape the hotel can easily walk along the seafront where they can find a number of different bars and restaurants to sample. It is also possible to walk to the Mnarani Marine Turtle Project; this is an excellent conservation initiative that works with local villagers and fishermen to conserve Zanzibar’s native turtles. Turtles caught in fishing nets are rescued by the project and looked after at their conservation pond, each February the turtles are then released back in the ocean.

The contemporary design and lively atmosphere at The Z Hotel will appeal to a trendy, younger crowd, but don’t expect this to deliver the standards of a high-end boutique hotel in London; it can’t. It’s generally fairly good, but not that good. That said, if you want a trendy, buzzing hotel in one of the island’s most popular beach locations – then this is one of the better, and more individual hotels that you’ll find.

Location
Northern Zanzibar, Zanzibar
Ideal length of stay
4–5 nights is recommended. Note that there is a minimum 3 night stay here year round.
Directions
Flights from Dar es Salaam to Zanzibar take 20 minutes. The Z Hotel is about an hour’s drive from Zanzibar International Airport.
Accessible by
Fly-and-Transfer

Usual board basis
Bed & Breakfast
Food quality
The Z Hotels serves African-European fusion food and this can include anything from burgers and chips and salads and sandwiches, to seafood curries and fresh fish, all washed down with a wide selection of international wines.

With a varied selection of local restaurants the Z Hotel is often best booked on a bed and breakfast basis, however a half board option is also available.

Power supply notes
Electricity runs off the mains; plugs are the square three–pin variety (as used in the UK).
Communications
WiFi is found throughout the hotel, and computers for guest use are found in the reading room. All rooms have telephones, which can be used for internal calls.
TV & radio
All rooms have TVs with satellite channels.
Water supply
Transported in
Water supply notes
Bottled water is supplied in the rooms.

Malarial protection recommended
Yes
Medical care
Staff are trained and there is a first-aid kit on site. The hotel has close links with a local doctor and there is a hospital in Nungwi.
Dangerous animals
Low Risk
Security measures
There is a guard and a pool guard on site 24 hours.
Fire safety
There are smoke detectors and fire extinguishers in the main areas.

Disabled access
Not Possible
Laundry facilities
A laundry service is available for an extra charge of between $3 - $5 per item.
Money
The hotel does not accept cash payments. All bills must be paid using either credit or debit cards.
Accepted payment on location
Visa, MasterCard and Amex are accepted with a 2% charge on all cards.

Other lodges in Northern Zanzibar

Kilindi is a luxury property on the north-west coast of Zanzibar, fronting a long, secluded beach, with stylish modern pavilions.

One of the newest hotels in the north of the island, Essque Zalu has the finish and facilities of a large, international-style hotel.

Zuri Zanzibar is a smart resort hotel on a beautiful beach where you can swim at all stages of the tide.

Zanzi Resort is located on the quiet north-west coast of the island, around 30 minutes' drive north of Stone Town.