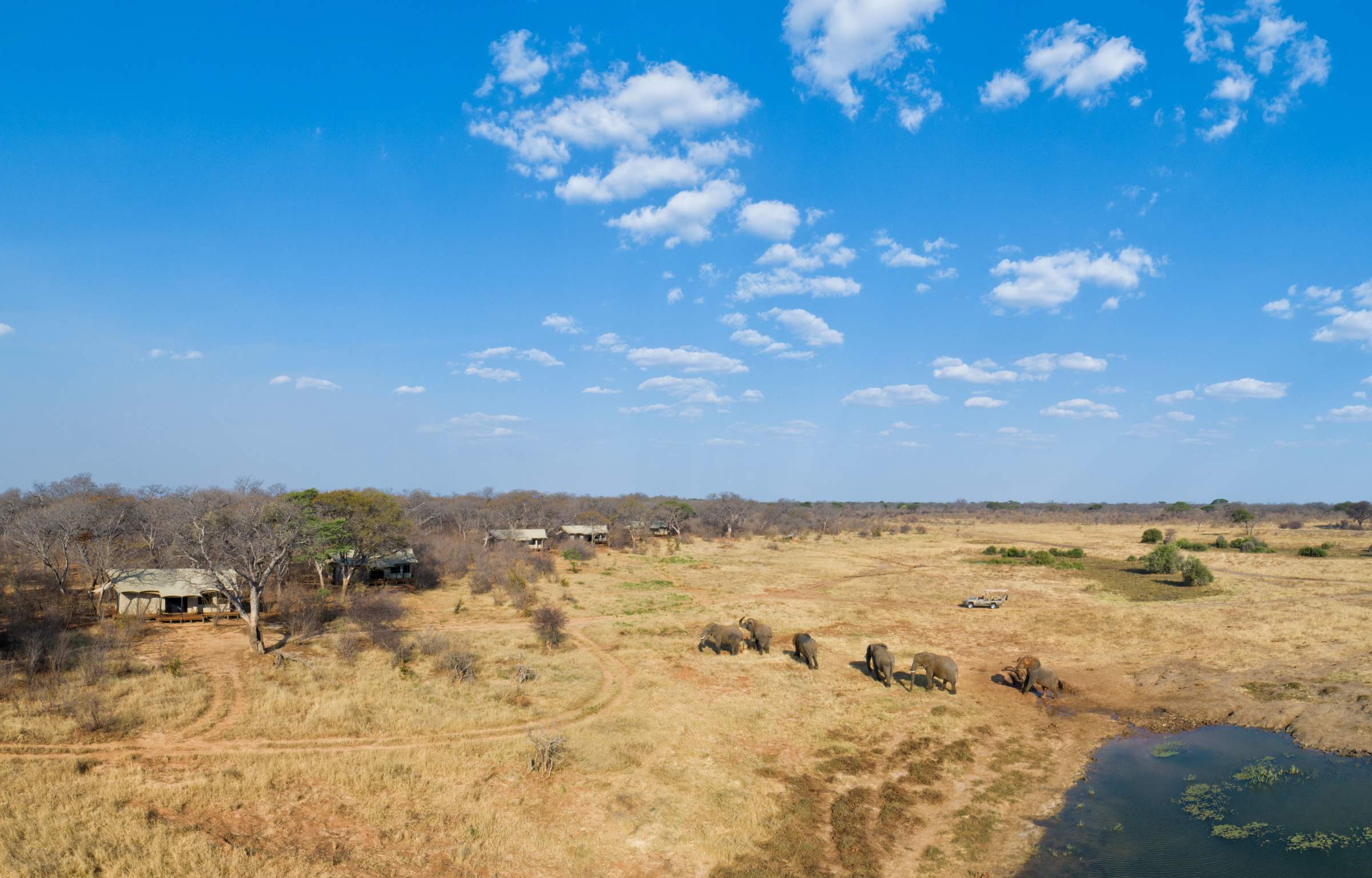 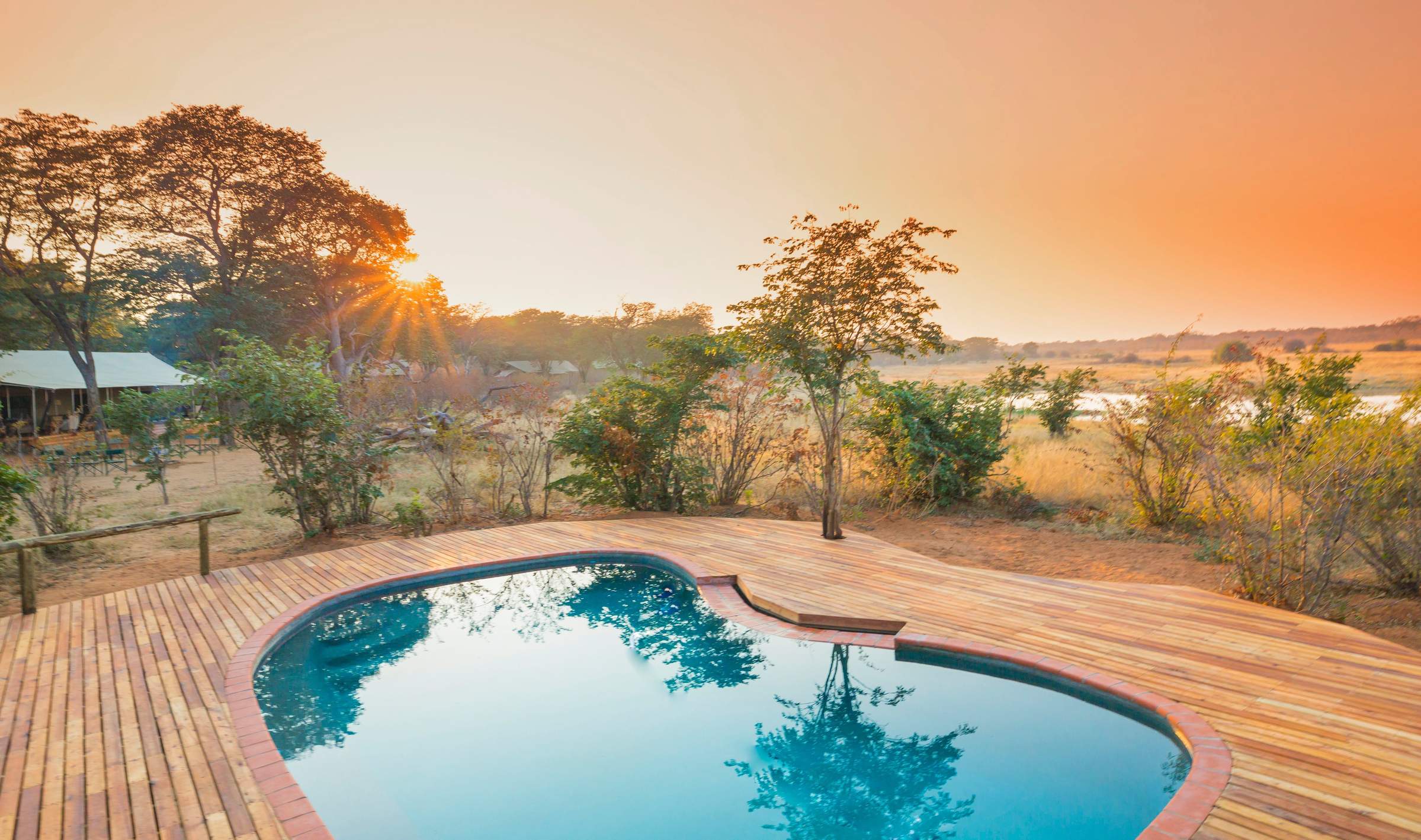 4 independent comments and wildlife information from our travellers who have visited Verney's Camp and kindly agreed to share their thoughts. They do not necessarily represent the views of Expert Africa

3 nights Arrived 6 Nov 2019
"This was in some ways the disappointment of the trip. The place was in the hands of a trainee manager, Nigel, who was clearly not up to the job, so the whole mechanics of the place lacked the efficiency and the standards of service we enjoyed elsewhere.

The extreme drought did not help, as the pool was emptied because the elephants had got to it. It should have been possible to make a pool more elephant proof, as had been done at Little Makalolo for example. They emphasised the flexibility of the timetable which frankly did not help. Everywhere else has a very clear timetable, and for good reason. Flexibility is a mistake. The service standards were well below par, especially the staff in the main camp central area, but we did have a good guide.

The game viewing was good and the elephants almost too o abundant and very stressed and noisy! A highlight was a very long day trip to the entrance village at Hwange, where we visited the school and met teachers and staff. After nine hours on the road, this was the first time we were not greeted by staff with a cold towel on our return. That happened several times after other game drives. We also visited our guide's home village which was also fascinating." See all these reviews: 8n in Zimbabwe; 7n in Botswana; 7n in South Africa
Experience Report
Overall Rating:
Average
Location:
Good
Service:
Poor
Activities:
Good
Rooms:
Good
Food:
Average
Facilities:
Average
B family
Surrey

4 nights Arrived 8 Sep 2019
"The camp was absolutely beautiful, with enormous tents filled with light and beautiful furnishings. The beds were also the most comfortable we have ever slept in, and the electric blankets a very nice touch for the cold evenings and mornings in Hwange NP. The food was also excellent and the staff very friendly and helpful, making you feel like one of the family.

Our guide was very good and very informative, and it was great to be able to travel large distances throughout the park while hardly seeing another vehicle. The range of wildlife was the best we saw, with cheetah being the real highlight for us (along with the bat-eared foxes). The optional visits to the Wild Dog Foundation and local village (including cocktail bar!) were also great and very informative.

5 nights Arrived 22 Dec 2018
"We had an excellent guide which made our trip all the more memorable and enjoyable. We loved Verney's camp; we were made to feel very welcome and the lodge was comfortable. It was very hot weather, so the constant offer of refreshments was appreciated and the pool was a welcome relief.

We had a couple of really excellent meals in the lodge and another couple that were not of the same high standard. We were impressed by the snacks taken on the full day game drive on one day and then on the next day the food was almost inedible - the pastry of the mini quiche was uncooked, the eggs were under cooked and the sandwiches were filled with mayonaise which after travelling in the heat were not appealing." See all these reviews: 7n in Zimbabwe
Experience Report
Overall Rating:
Excellent
Location:
Good
Service:
Good
Activities:
Excellent
Rooms:
Excellent
Food:
Average
Facilities:
Excellent
Sightings Report