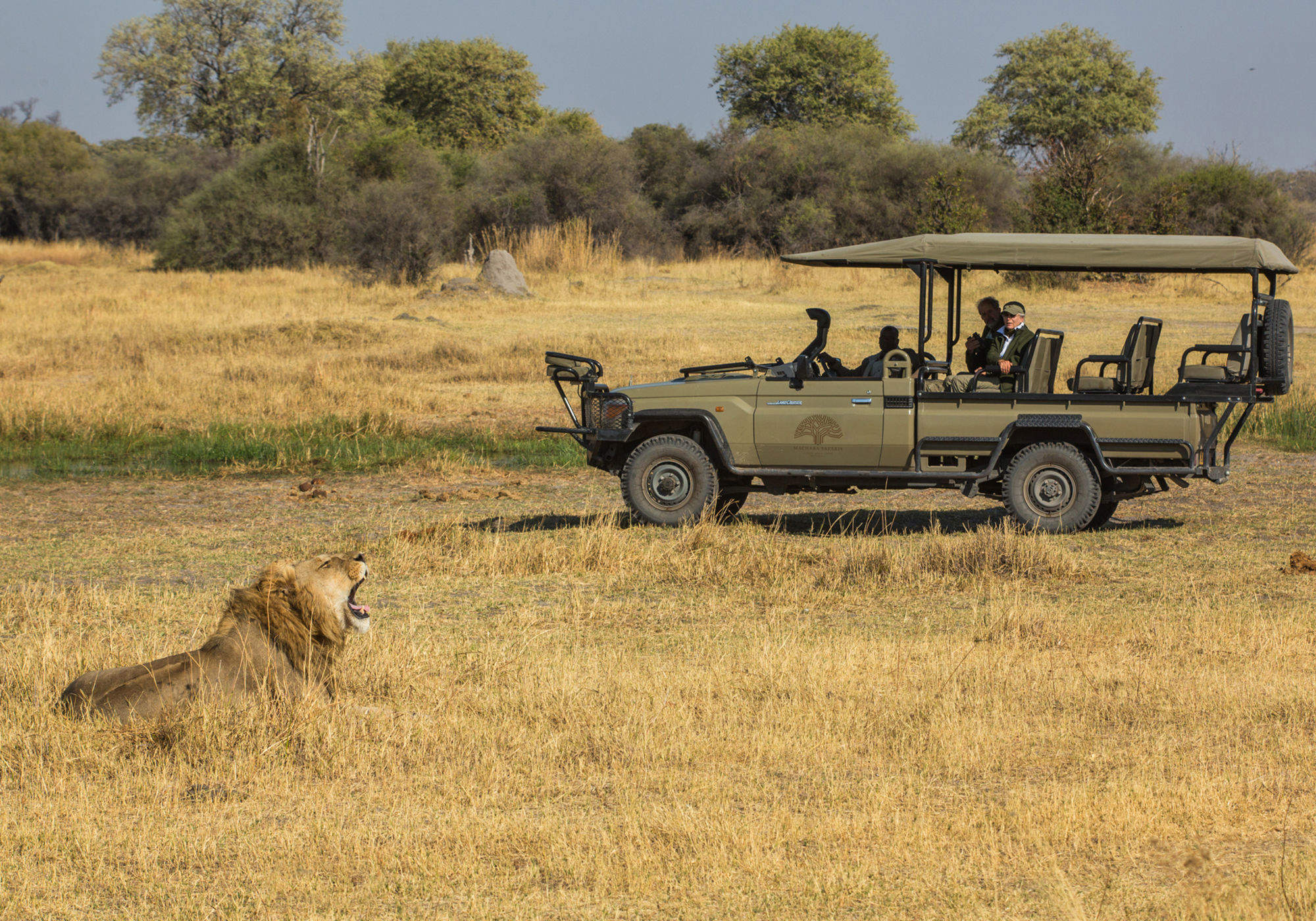 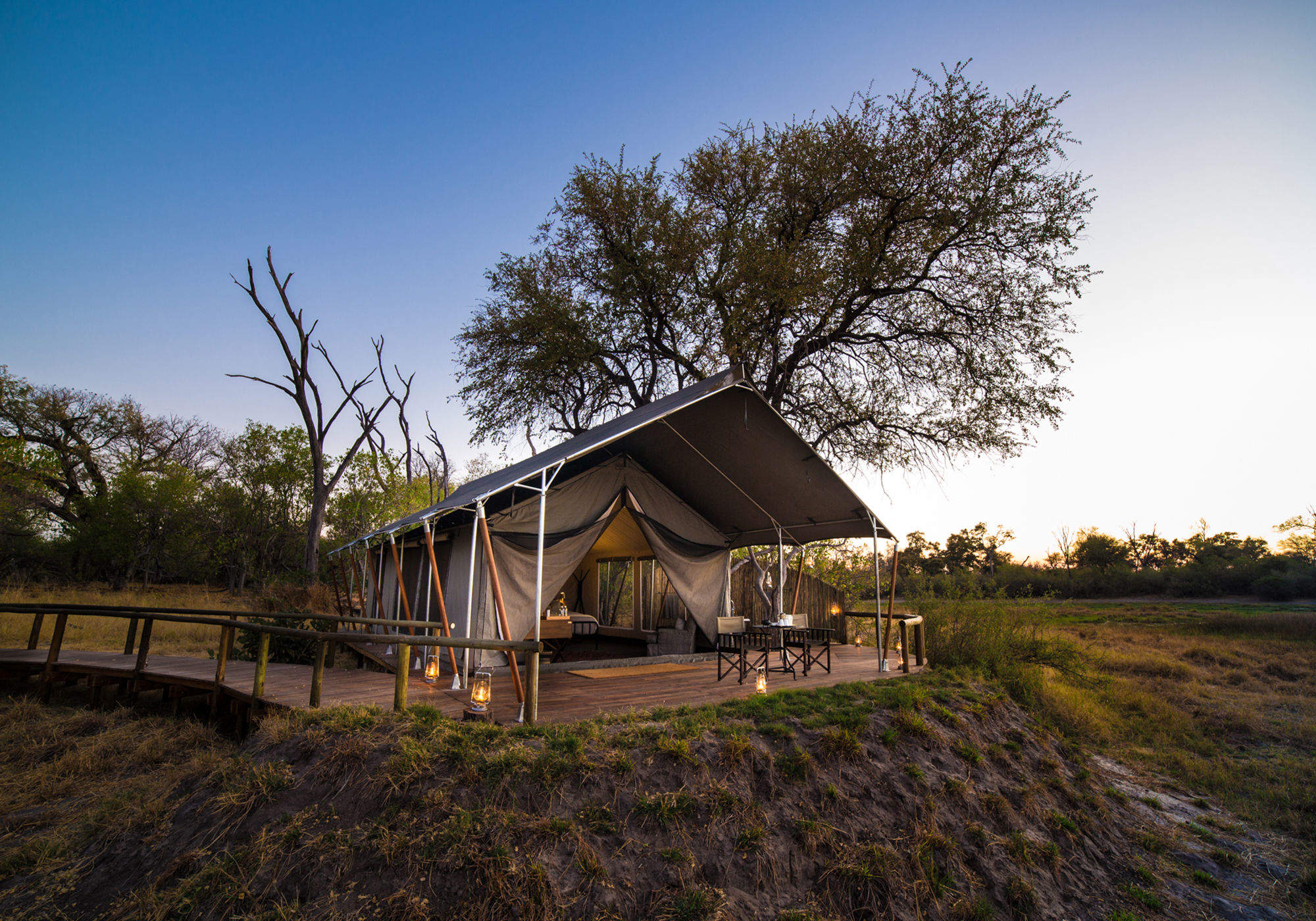 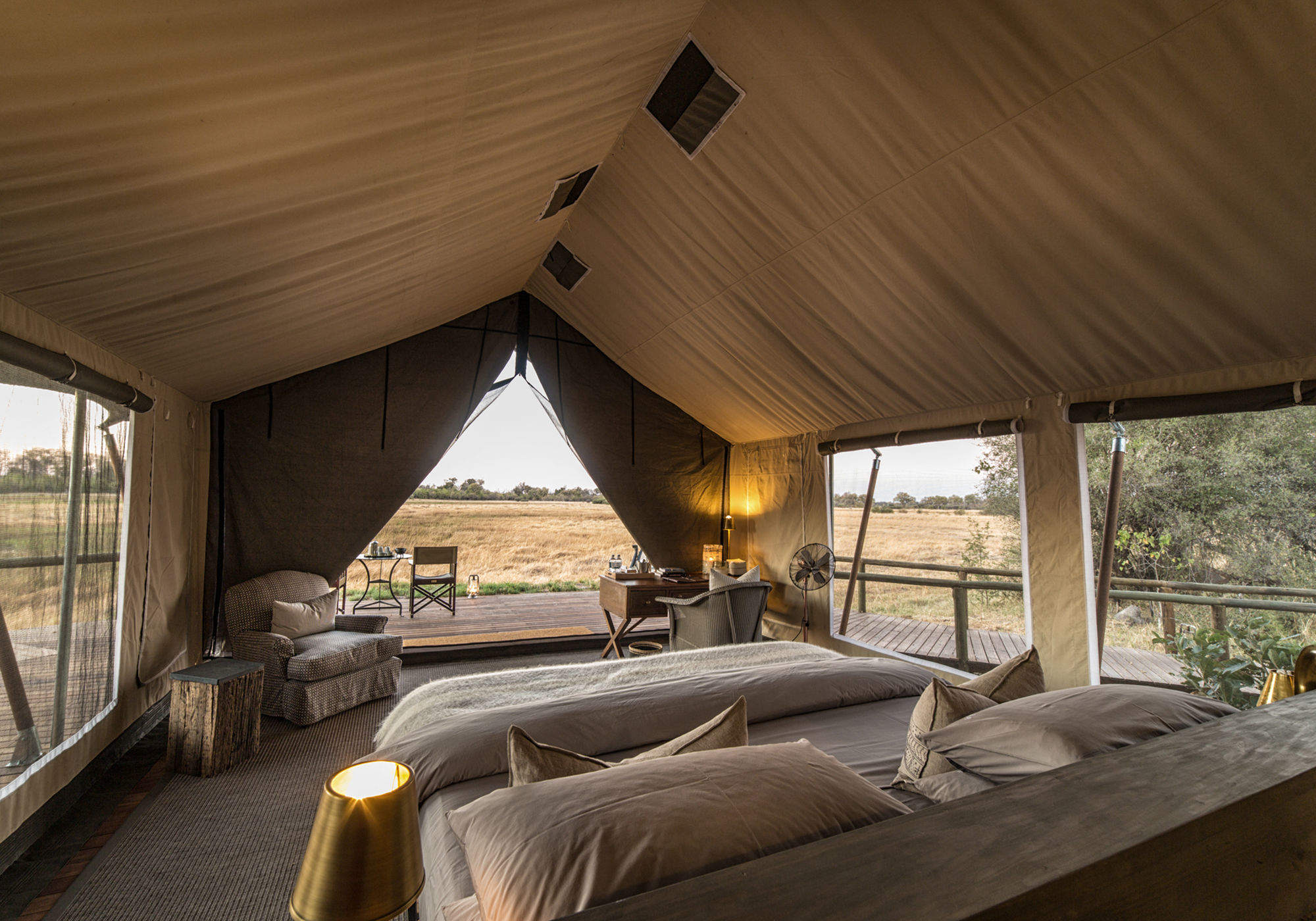 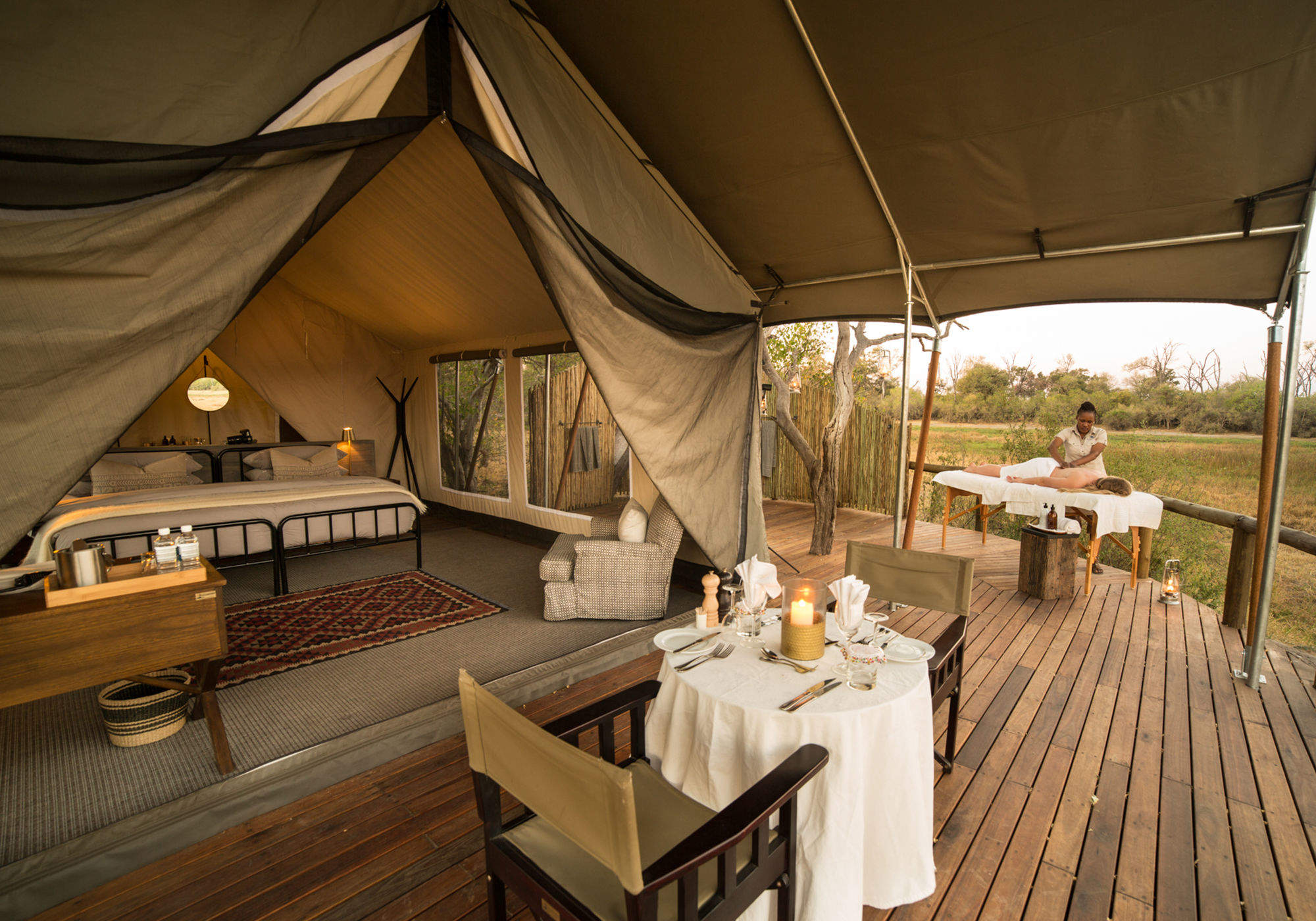 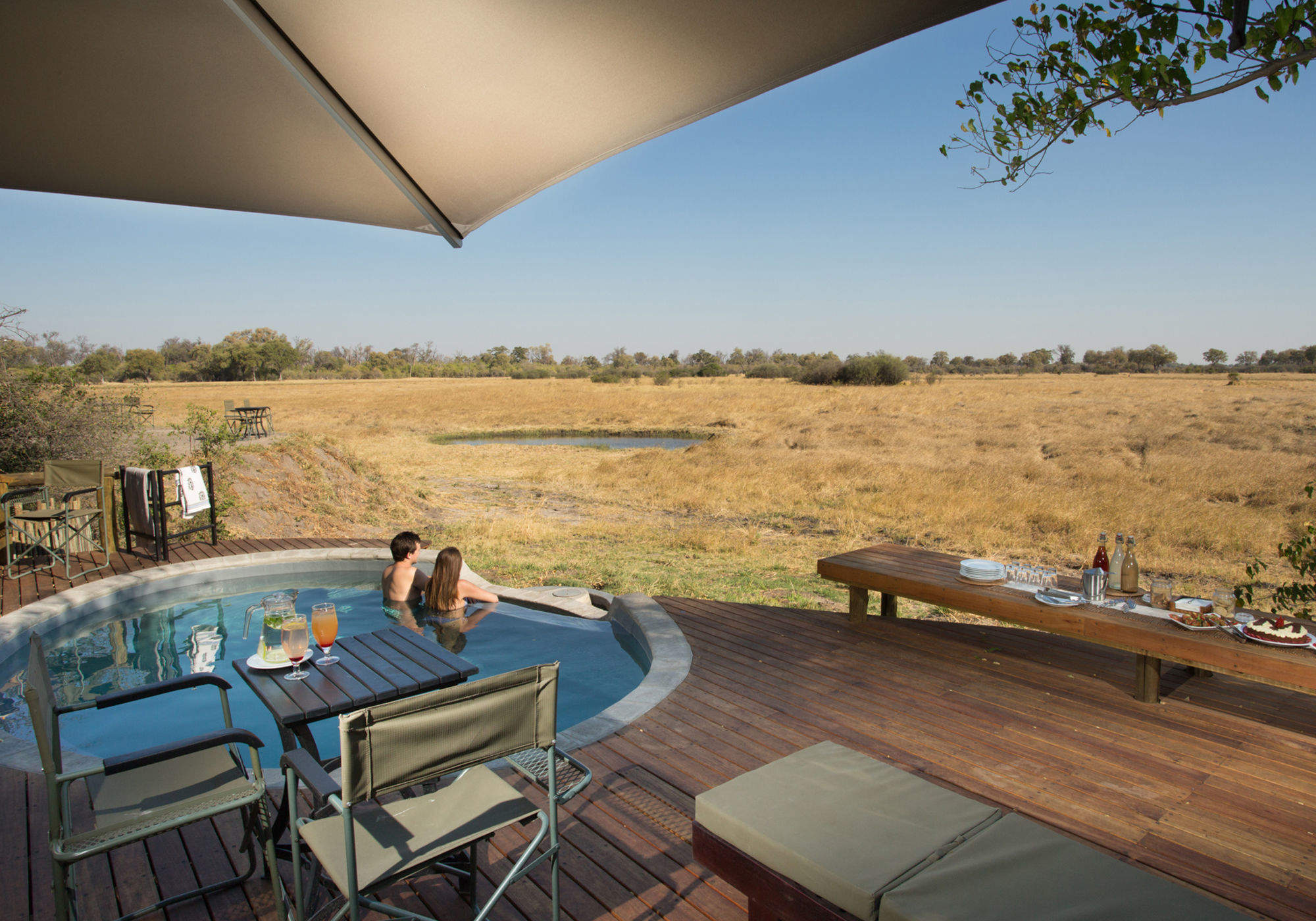 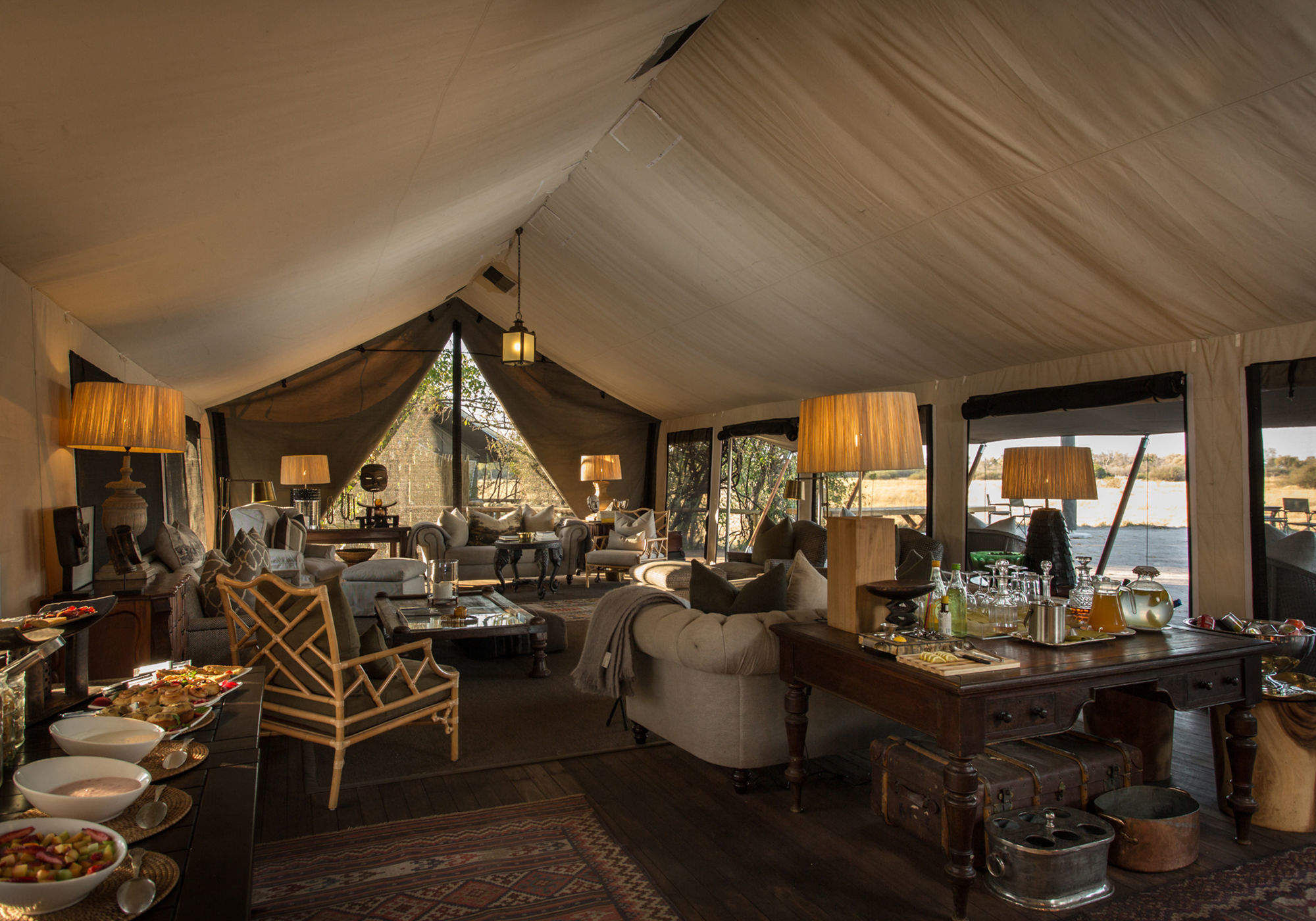 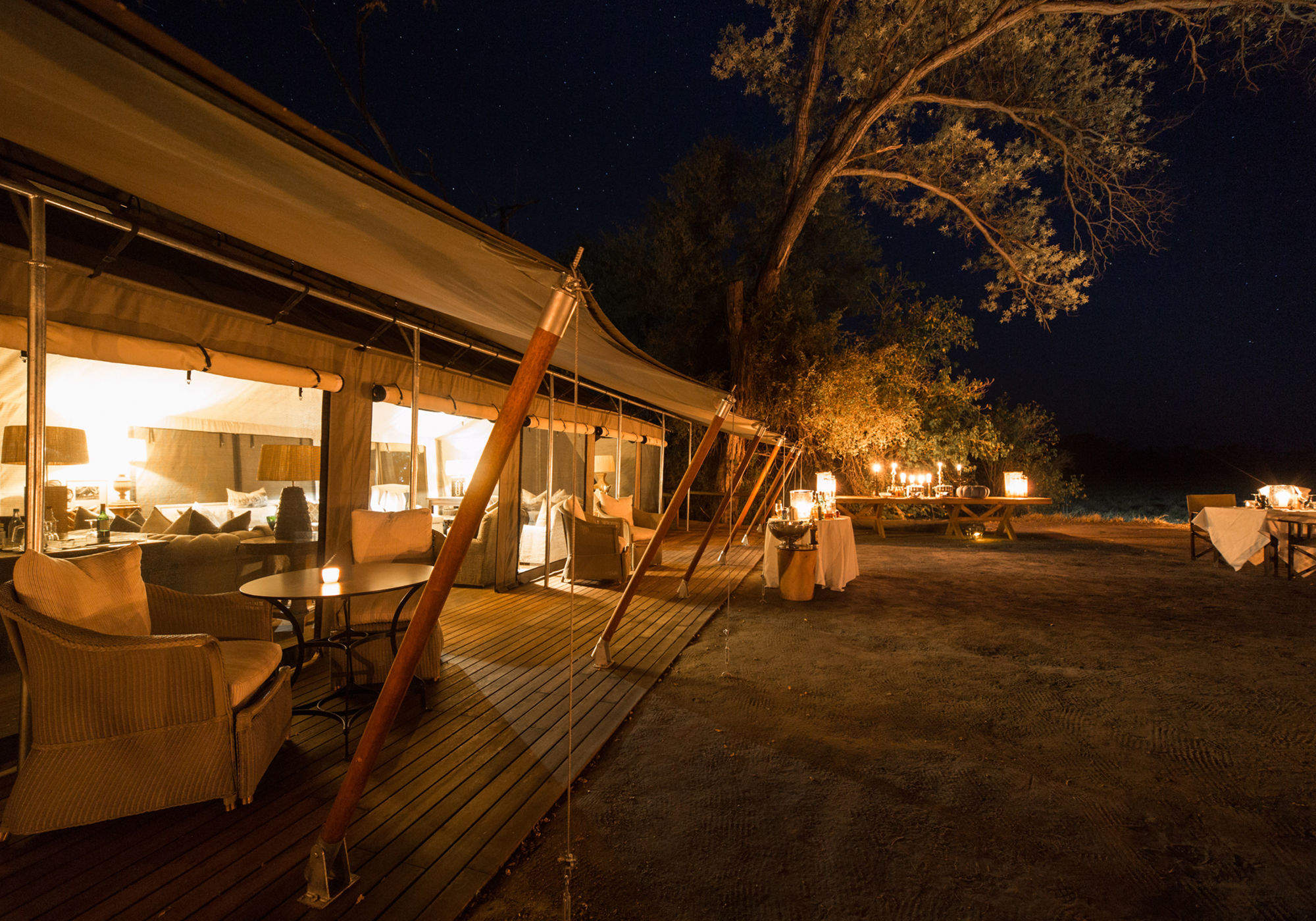 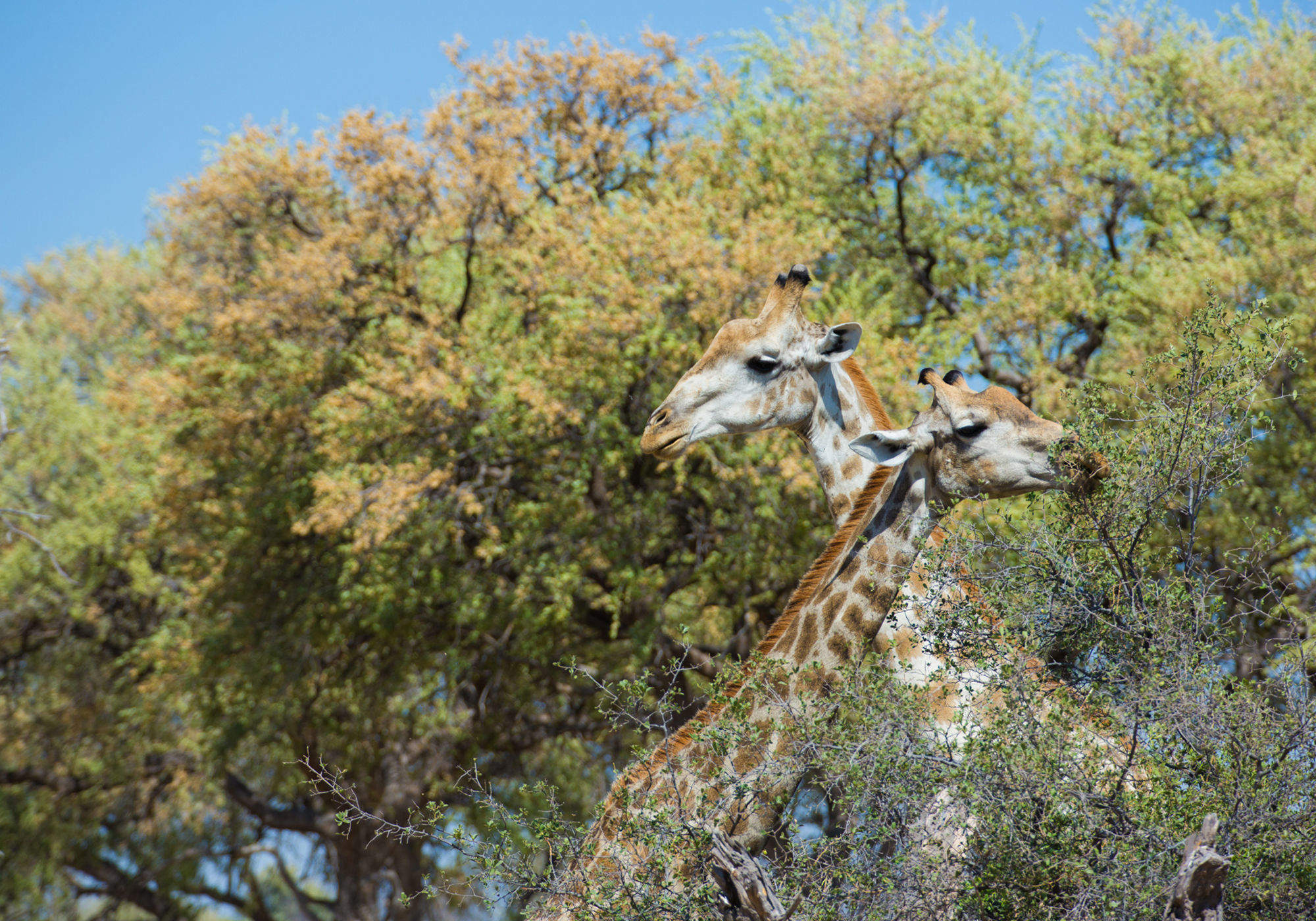 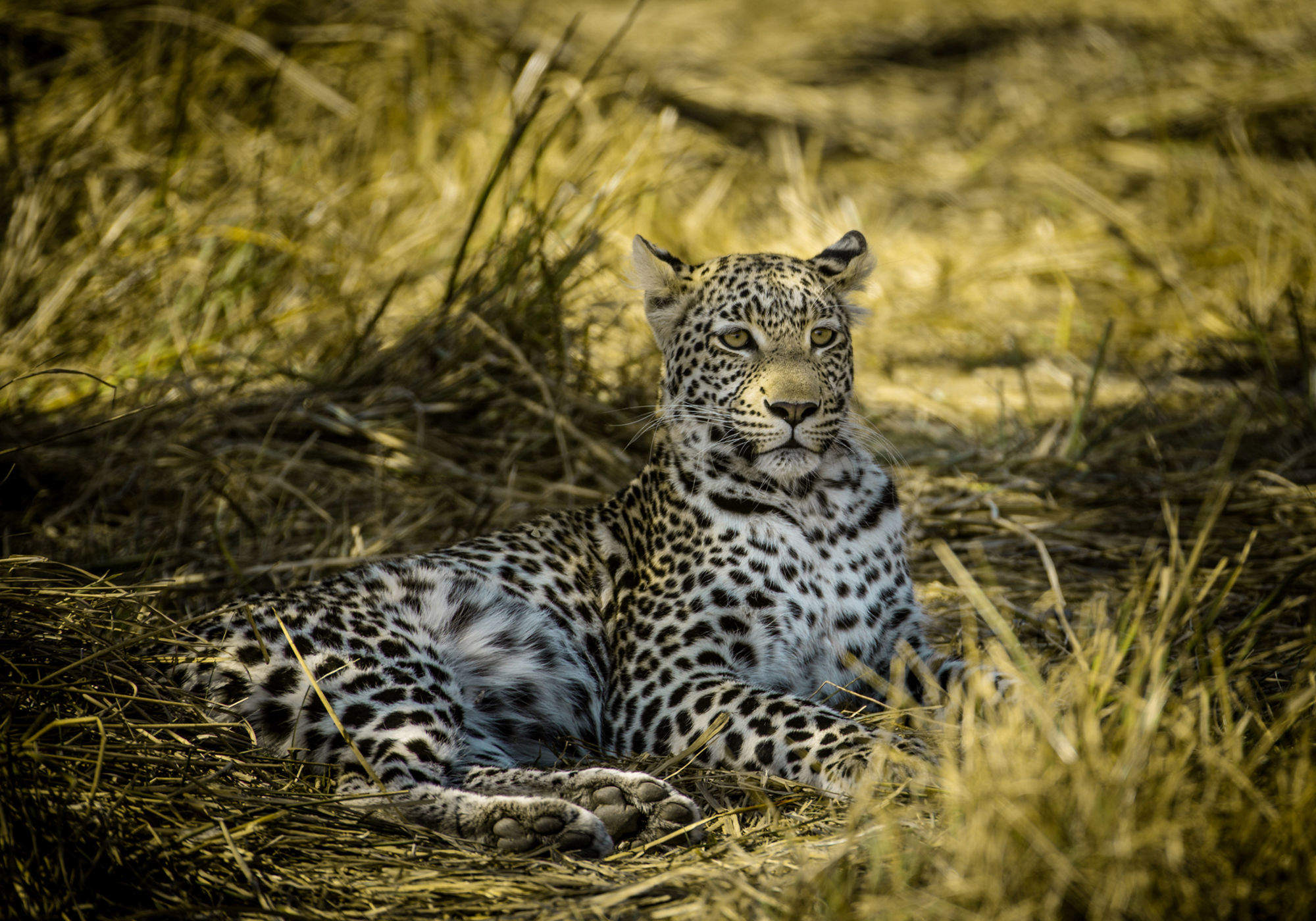 5 independent comments and wildlife information from our travellers who have visited Little Machaba and kindly agreed to share their thoughts. They do not necessarily represent the views of Expert Africa

The camp was very comfortable and in a wonderful location on the river - you could sit by the pool and watch the elephants giraffes land warthogs.The food here was again wasexcellent quality although there wasn’t a choice in the evening - only one option of starter and main but it wasn’t a problem just an observation- the breakfast,brunch and afternoon tea were superb and the bar always open - all the staff were extremely friendly and professional and made you feel most welcome and relaxed - once again excellent laundry service - you really don’t need to take much with you" See all these reviews: 6n in Botswana; 3n in Zambia
Experience Report
Overall Rating:
Excellent
Location:
Excellent
Service:
Excellent
Activities:
Excellent
Rooms:
Excellent
Food:
Good
Facilities:
Excellent
Sightings Report

3 nights Arrived 4 Jun 2017
"Little Machaba felt very new. The staff seemed a little unsure of themselves but were always trying hard to be helpful. Our huge tent was well away from the central area and felt very private. It had a vast view across a permanent channel and seasonal flood plain with elephants and impala grazing. I even saw a lioness far in the distance from our large deck. The other standard room was immediately next to the central area and would feel far less private. The central drawing-room style tent was furnished with smart sofas and soft chairs but didn't perhaps make the most of the great vista. Breakfast and lunch were served at individual tables, a nice chance to be quiet, whilst dinner was at one large table next to an open fire outside. The food was very good. There was WiFi but it didn't work. This was more irritating than having no WiFi at the other camps! No coffee with wake-up call.

Our guide was experienced and did his job professionally. Although Little Machaba has just 4 tents their two guides "hunted as a pack" with the guides from big Machaba, just next door. We were very aware of other vehicles and the noise of the radio. During our stay the wildlife viewings were few and far between although we enjoyed briefly seeing wild dogs chasing prey. We weren't able to follow them but saw the pack the next day. The dogs had decided to sleep in the Kwai public campsite so we joined an enormous number of vehicles crowding and jostling round the dogs. Not a good way to see anything! The second day a call came over the radio of a sighting of a leopard...again we found ourselves with a crowd of vehicles, I counted 12. For us being in a community concession, with many other camps and mobile safaris driving in the same area, was quite a big negative point.

We had a short mokoro trip as part of a morning activity. It was very peaceful and the boatmen made decorations from the water lilies. They also talked about their traditional way of life and the effect nature conservation and tourism has had on village life. Really interesting and a little disturbing.

Our final morning we were lucky to see some great birds, including Verreaux's eagle owl and a harrier hawk. We were lucky to have the company of a travel agent from Maun with us who was a knowledgeable and enthusiastic birder, pointing out many of the smaller birds too which the guide didn't realise would be of interest to guests.

Another small point. The vehicle was a Land Cruiser, as used in the other 3 camps we stayed at. In the other camps the seats were covered in blankets which made them less slippery and meant there were no gaps between the three seats on each row. Unfortunately I didn't notice this and placed my camera next to me; it instantly slipped to the floor of the vehicle and broke. My fault for not carrying out a full "risk assessment" but this may not have happened in the other vehicles." See all these reviews: 12n in Botswana
Experience Report
Overall Rating:
Average
Location:
Average
Service:
Excellent
Activities:
Good
Rooms:
Excellent
Food:
Excellent
Facilities:
Good
Mr J
Switzerland

2 nights Arrived 12 Apr 2017
"The air strip being floaded, we had to travel for 1.5 hour to reach the camp which left us without a game drive on the day of our arrival and a game drive of 1.5 hour on our departure date. For a two days stay, we ended up having one full day drive, one night drive and a very short morning drive. We don't feel like the camp management did everything needed to make our experience unique.

3 nights Arrived 17 Mar 2017
"Our stay at Little Machaba did not disappoint. A very small camp in a very beautiful location with stunning views from our room. We enjoyed watching the Pied Kingfishers each morning as they fished.

Our room was excellent, being very clean and spacious. It had both an inside and an outside shower facility.
Every member of staff we found to be friendly and welcoming. The food was excellent.

Our guide was knowledgeable and sensitive towards the environment and wildlife we encountered. We saw and abundance of wildlife each day, expertly tracked by our guide. A particular highlight was witnessing a pack of African Wild Dogs on a hunting expedition.

We enjoyed twice daily game drives, including a sundowner each evening before returning to camp for our evening meal.

3 nights Arrived 10 Feb 2017
"The upside is the view, the camp itself, the people working there. The downside is the semi-private safari grounds.

The 'moobile safaris' from Maun use the same grounds and this can make it a less private experience.

The camp manager is a great guy - talk to him about his up and coming horse champion daughter. Currently moving up in the show jumping category in SA." See all these reviews: 12n in Botswana
Experience Report
Overall Rating:
Good
Location:
Good
Service:
Excellent
Activities:
Good
Rooms:
Excellent
Food:
Good
Facilities:
Excellent
Showing 1-5 of 5
80%
5 reviews of Little Machaba by travellers since August 2007
Overall rating by our travellers
2
1
2
0
0
Filter by month

The Botswana Private Mobile Safari has no fixed location; it's exclusive to your group and comes with a top professional guide. Expect comfortable camping, great food, and a superb wildlife experience wherever you decide to go.

Khwai River Lodge is a luxurious and well-equipped safari camp, on the northern edge of Moremi Game Reserve. This area isn't exclusive, but it is beautiful and has excellent game.