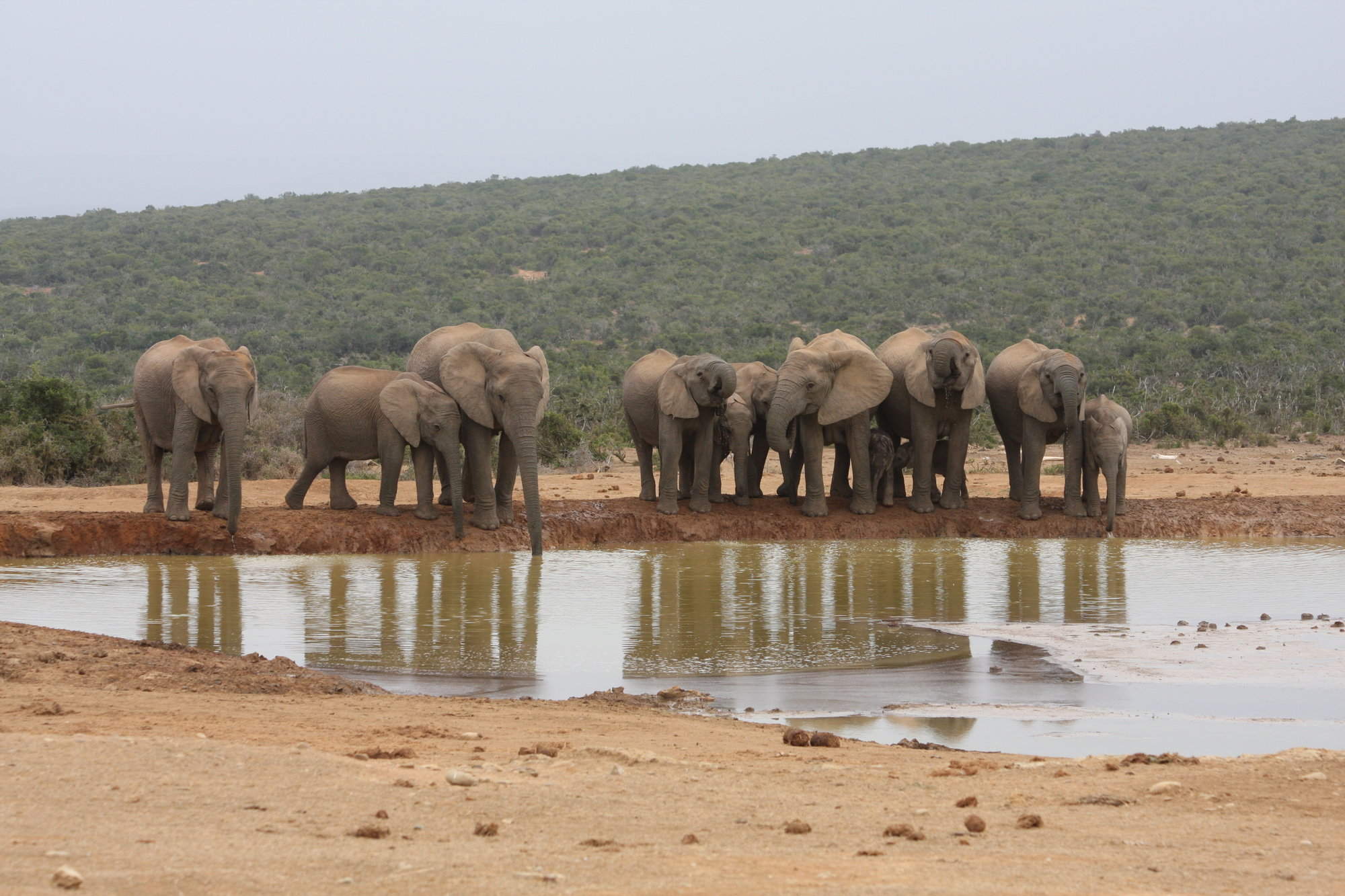 Camp Matyholweni, which means ‘in the bush’ in Xhosa, can be found in the Colchester section of South Africa’s ...

... Addo Elephant Park, approximately 45-minutes’ drive south of Addo Main Camp. It is close to the beach at the Sunday's River Mouth. Shops, a restaurant and a fuel station are nearby in the coastal town of Colchester. Camp Matyholweni makes a good stop-over for visitors as they come to and from the main wildlife area of Addo National Park in their own vehicles.

Until now, nobody of the Expert Africa team has stayed overnight at Camp Matyholweni, but we drove past to get at least an impression of the camp and have had very positive reviews by several of our travellers. That said, here is what we know about Matyholweni Camp:

The camp opened in 2004 and consists of nine standard cottages and three family cottages. Each of the cottages has a kitchenette with bar-fridge, 2-plate stove, microwave oven, cutlery, crockery and cooking utensils. There are no air-conditions but fans.

Each of the nine standard cottages can accommodate a maximum of two persons. Each has two single beds, a bathroom with shower, toilet and hand basin. Two of these cottages have been designed to be accessible for disabled travellers.

Each of the three family cottages sleeps up to two adults, each on a single bed, plus one child on a sleeper couch – all in the cottage’s main dining/living/sleeping area (ie: there’s no separate bedroom). There is a separate shower, toilet and hand basin.

Activities around Camp Matyholweni are entirely up to the visitor; there are no guided activities organised by the rangers at this small restcamp. Most travellers will use this as a stopover, or a base for a self-drive safaris in Addo Park.

For a relaxed day on the beach, head to the Sundays River Mouth. Or consider river cruises or canoe trail offered by private operators in Colchester.

Note that this area close to Camp Matyholweni – the Colchester section of the park – is separated from the areas of the park further north. It hasn’t had many elephants for some years, but their reintroduction to this park section, along with buffalo, eland and red hartebeest, has started in 2009. Animals that have long had populations here include kudu, bushbuck, bush pig, the flightless dung beetle and duiker. Bird enthusiasts might appreciate occasional sightings of the Stanley's bustard.

Although we haven’t stayed at Camp Matyholweni yet, we are confident that it’s a decent restcamp at which to sleep, and we’ve had very positive reviews about it from our travellers. Most visitors will use it as a base from where to explore Addo Elephant Park’s main wildlife section, rather than staying in the area directly around the camp, as there is more game further north.

Location
Addo Elephant National Park, South Africa
Directions
Just 3km off the N2 highway, Camp Matyholweni is easily accessible by self-drive. It's about a 45-minute drive from Addo Main Camp. It has got its own entrance near Colchester or can alternatively be accessed through Addo Park’s game area.

The main wildlife viewing area of Addo Elephant Park can be accessed via the 39km road linking Addo Main Camp with Camp Matyholweni. Please note that the gate between these two sections closes at 5:30pm. Furthermore, since busses and caravans aren’t allowed to use this road, they will have to drive on public roads directly to Addo Main Camp.
Accessible by
Self-drive

Usual board basis
Room Only

Disabled access
Laundry facilities
A full laundry service is available at an extra cost at Matyholweni Camp.
Money
The nearest ATM machines are located in the nearby town of Colchester.

Elephant House is a welcoming, owner-run base for those wishing to explore the Addo Elephant National Park and the surrounding area.

Located on a private concession within the Addo Elephant National Park Riverbend Lodge is a very comfortable base from which to discover Addo.

Addo Rest Camp offers a variety of self-catering accommodation types to suit all tastes. Overlooking a floodlit waterhole, the camp allows guests to get a closer view of the elephants in the park.

Camp Fig Tree is a luxurious lodge located just outside Addo Elephant Park. It is well situated for visits to the park itself.