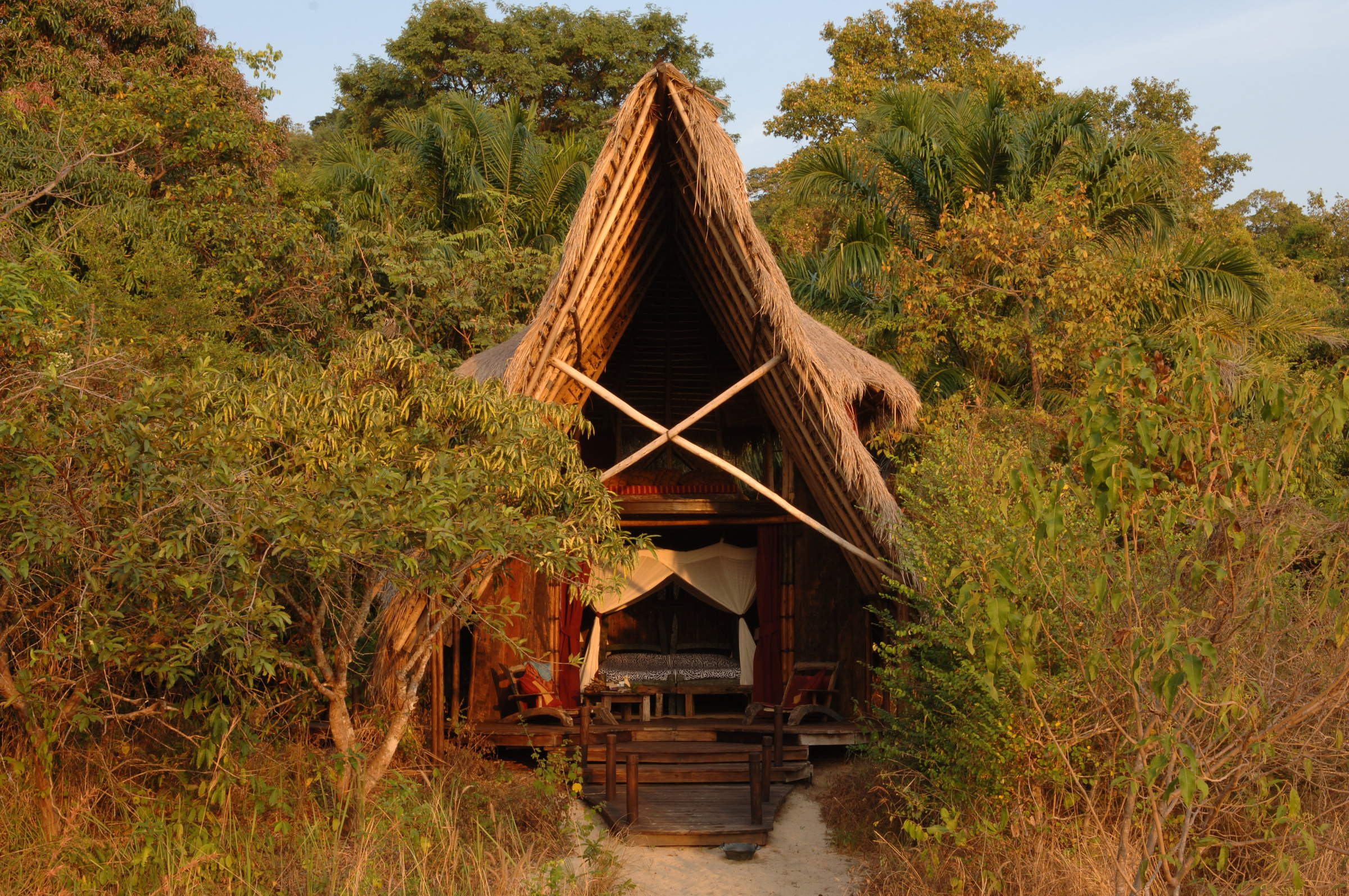 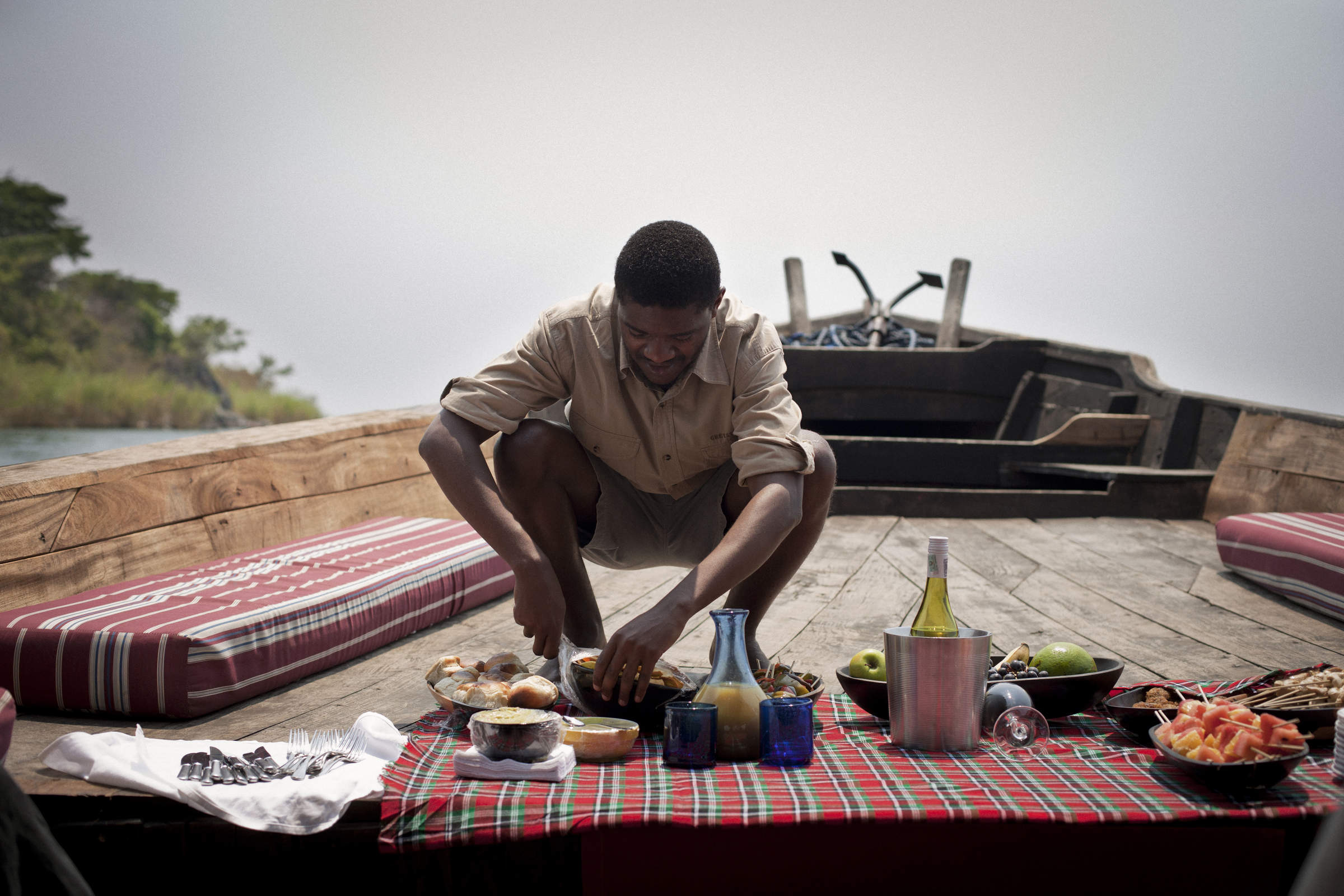 39 independent comments and wildlife information from our travellers who have visited Greystoke Mahale and kindly agreed to share their thoughts. They do not necessarily represent the views of Expert Africa

7 nights Arrived 17 Feb 2020
"On its own, Mahale is already a magical place - the chimpanzees, the lake - but its staff, from the superb guides (we had Mwega and Butati) to everyone in camp (not least the indefatigable managers, Barbara and Fabio) make it truly exceptional.

There is, literally, nothing to fault, with highlights including superb food made from mostly locally sourced ingredients (we especially loved the fresh, light lunches) and afternoon boat cruises and swimming in the lake. We were fortunate with the weather - there were a few biblical thunderstorms, but mostly at night - and the extraordinary chimpanzees, whom we saw every day.

Treks were shorter than we expected - more than once, the chimps were barely 10 minutes outside of camp - although there was plenty of "off-roading", so it still paid to be fairly nimble. In short, one of my favourite places in Africa, right up there with Mwaleshi in North Luangwa, and one I will return to again soon." See all these reviews: 9n in Tanzania
Experience Report
Overall Rating:
Excellent
Sightings Report

4 nights Arrived 6 Feb 2020
"Greystoke was incredible and exceeded all expectations. The location and camp couldnt be more idyllic, the food was fantastic, the staff couldnt have done more for us, and the managers made us feel totally at home.

The Chimpanzees really were the stars of Greystoke, and the amazing guide (Matteus) bought the whole thing to life with the incredible history and insights into the group, and individuals within the group. We were lucky to see them on all 3 days, all in very different situations and the experience was phenomenal.

The lake provided the perfect swimming pool after the trek through the forest.

4 nights Arrived 8 Aug 2019
"This being our honeymoon, we were tempted to add on a "beach section" to our trip. But rather than head to the east coast of Tanzania with the comparative crowds, we ventured to the west "coast" and it could not have been better! Arriving at Mahale is as if you are arriving on a tropical island, the difference being that this is no island.

Whilst the camp is of the highest standard, the chimpanzees are the stars of the show, brought to life by the quality and knowledge of the guiding: Mwiga was excellent. We saw 36 chimpanzees over the course of the 4 days, some more than once, such that you already started to feel like you were getting to know them. Sitting on the beach as a male chimpanzee walks passed eye-to-eye was an amazing experience. If you have the time and funds to be able to venture to Mahale, my wife and I would most definitely recommend a stay at Greystoke so that you can take away your own experiences.

The variety of other activities on offer also sets this place apart. We went on two additional nature walks, seeing another 5 monkey species and the last surviving warthog in the region, Juliette, was a regular visitor to our lodge. The boat trips are a fantastic way to spend the afternoon - swimming in the beautiful deep clear waters of the lake and having a beer looking out for hippos and crocodiles near the shore on the way back.

3 nights Arrived 22 Jul 2019
"Stunning lodge in a pristine location sandwiched between Lake Tanganyika and the Mahale Mountains. Every area of the camp was exquisitely designed and maintained and the food was some of the best we have eaten anywhere in Africa.

Chimp trekking was excellent although predictably unpredictable (on one day, we were standing guard underneath a giant tree for seven hours waiting for a group of 6 chimps to come down onto the ground - they eventually did, thankfully).

4 nights Arrived 4 Jul 2019
"This park is a journey to get to but delivers on chimp sightings. You will waste a day going and coming so go for the 5 day stint.

The 3 full days you are there, go on the morning chimp treks and prepare to exercise, huff and puff and get down and dirty sweaty. Hot showers await upon return. You will see chimps, young and old, playing and all sorts of other antics. Expect a 3-4 hour ordeal to accomplish this. There is not a lot else to see but for some common vervet monkeys and red tailed monkeys.

Yes, there is other wildlife, bush pigs are the most common, but you are not likely to see much else. This is primarily a one species trip for chimps that are not common in most places in Africa. Lake Tanganyika is pristine here. Looks more like the ocean near a coral reef than a lake. You can swim in it and it's good enough for shower water.

Getting there is an adventure with 2-3 stops on a small plane. You will see Tanzania from Arusha to Tanganyika on this flight. The "tents" are over the top cool. You get an "upstairs" lounge, a separate shower and toilette area, in addition to a porch deck and a great "bedroom".

As a helpful tip, my lens of choice for the chimp treks is the 70-200 mm f 2.8 lens set at 1/200 - 1/300 sec at f 4 - 5.6 and let the ISO on "auto" to accomplish these settings or set the ISO yourself but you'd miss some action then, I believe. Second choice, a 100-400 mm or a 75- 300 mm lens with the same settings. A 24-105 mm lens will be "short" on most occasions and the ability to carry two lenses with two bodies in that forest would be near impossible to manage. Most shots were at ISOs of 5000 to 6400, for those that are curious. Many were at higher ISOs." See all these reviews: 7n in Tanzania; 6n in Zambia; 4n in Zimbabwe; 3n in Botswana; 1n in Kenya
Experience Report
Overall Rating:
Excellent
Location:
Excellent
Service:
Excellent
Activities:
Excellent
Rooms:
Excellent
Food:
Good
Facilities:
Excellent
Sightings Report

3 nights Arrived 15 Oct 2018
"Terrific transfer by boat. The view from the bay as we approached camp was wonderful but overtaken by news that there were chimps in camp! We rushed from the boat, handed masks on the way, and were just in time to see two before they left for deeper forest. A fantastic start which just got better each day we were there.
The camp was idyllic on the shore of Lake Tanganyika which looked and sounded more like a sea but with fresh water! Sadly we were not able to swim from the beach due to crocs having been seen in the area (fair enough!) but were taken out for a wonderful deep water swim which washed all our travel away. The briefing on the chimp trekking was entertaining and informative and served to heighten our excitement about the hoped for encounter next day.
It rained heavily the next morning just as news came that the chimps had been found. As a result the rain forest lived up to its name! I strongly recommend that those wearing glasses do wear a wide brimmed hat/cap and carry both a small towel / flannel as well as something to try and keep the condensation on your glasses under control when raining. Also, take advantage of the walking sticks that are available in camp as they were very helpful to young and old alike on the slippery downhill sections!
The food and accommodation were wonderful as were the staff looking after us so well. The encounters with the chimps were amazing and just got better! Knowing something of their behaviour from the briefing added significantly to both our comfort in their presence and sense that we were not interfering unduly in their lives.
The only downside of the camp was that recent rains had led to an unusual horsefly infestation which made walking about the camp quite unpleasant at specific times! This is unusual and did not undermine our enjoyment at all but is worth knowing if you are travelling when the first rains are possible?" See all these reviews: 14n in Tanzania
Experience Report
Overall Rating:
Excellent
Location:
Excellent
Service:
Excellent
Activities:
Excellent
Rooms:
Excellent
Food:
Excellent
Facilities:
Excellent
Sightings Report

4 nights Arrived 27 Sep 2018
"The best camp! Wonderful staff and accommodations as well as excellent cuisine and drinks. We were able to meet the chimps 3 times on our treks and also had a bonus visit in camp. Would go back in a heartbeat." See all these reviews: 9n in Tanzania
Experience Report
Overall Rating:
Excellent
Location:
Excellent
Service:
Excellent
Activities:
Excellent
Rooms:
Excellent
Food:
Excellent
Facilities:
Excellent
Sightings Report

4 nights Arrived 19 Oct 2017
"The one reason to go to Mahale is trekking with the Chimps. It's a journey to get there but so very worthwhile...........a unique experience.

The camp on the shores of Lake Tanganika is excellent, Thai style bandas open at the front with views over the beach to the lake..............very comfortable indeed. The treks can be hard but the opportunity to visit with the Chimps in their own habitat and see their behaviour is something you will never do otherwise. We swam in the Lake, experienced an earthquake at breakfast and just loved it all.

3 nights Arrived 16 Oct 2017
"Can't praise highly enough. The camp is in a beautiful, remote location and has a welcoming, friendly feel, which is made possible by the excellent staff from the management down.

The guides, Butati and Mateus were both superb. Knowledgeable and helpful, spoke very good English and had great sense of humour.

The chimp viewing was unbelievable and exceeded all our expectations! It was enhanced by the detailed information of the family history of the chimps and the enthusiasm of the staff.

We would have liked to stay longer as three nights are not enough to enjoy all the facilities of the camp." See all these reviews: 16n in Tanzania
Experience Report
Overall Rating:
Excellent
Location:
Excellent
Service:
Excellent
Activities:
Excellent
Rooms:
Excellent
Food:
Excellent
Facilities:
Excellent
Showing 1-10 of 39
1234
Next
98%
39 reviews of Greystoke Mahale by travellers since August 2007
Overall rating by our travellers
36
3
0
0
0
Filter by month

Mbali Mbali Mahale is a smart lodge on the shores of Lake Tanganyika, primarily visited by travellers keen to meet habituated chimpanzees.