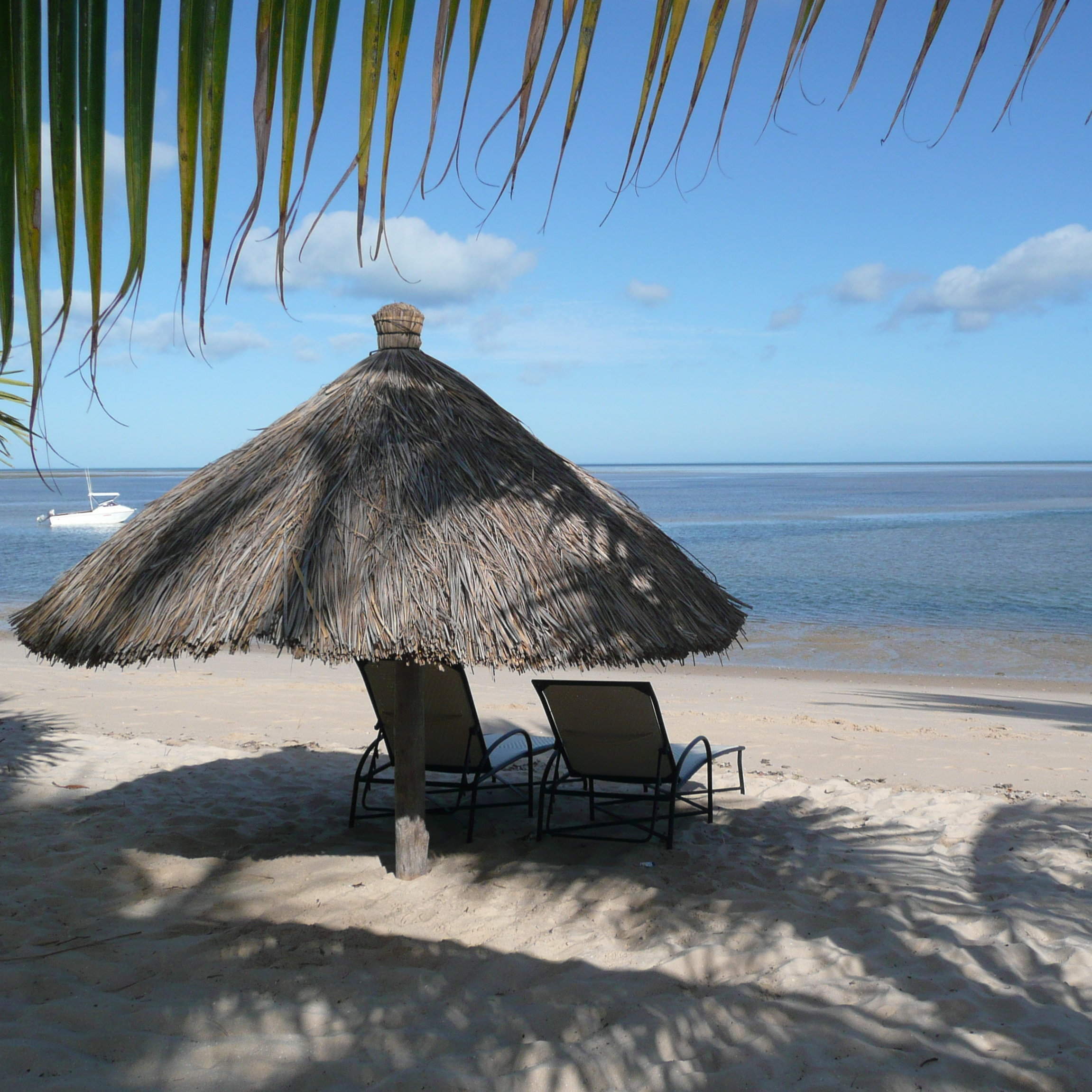 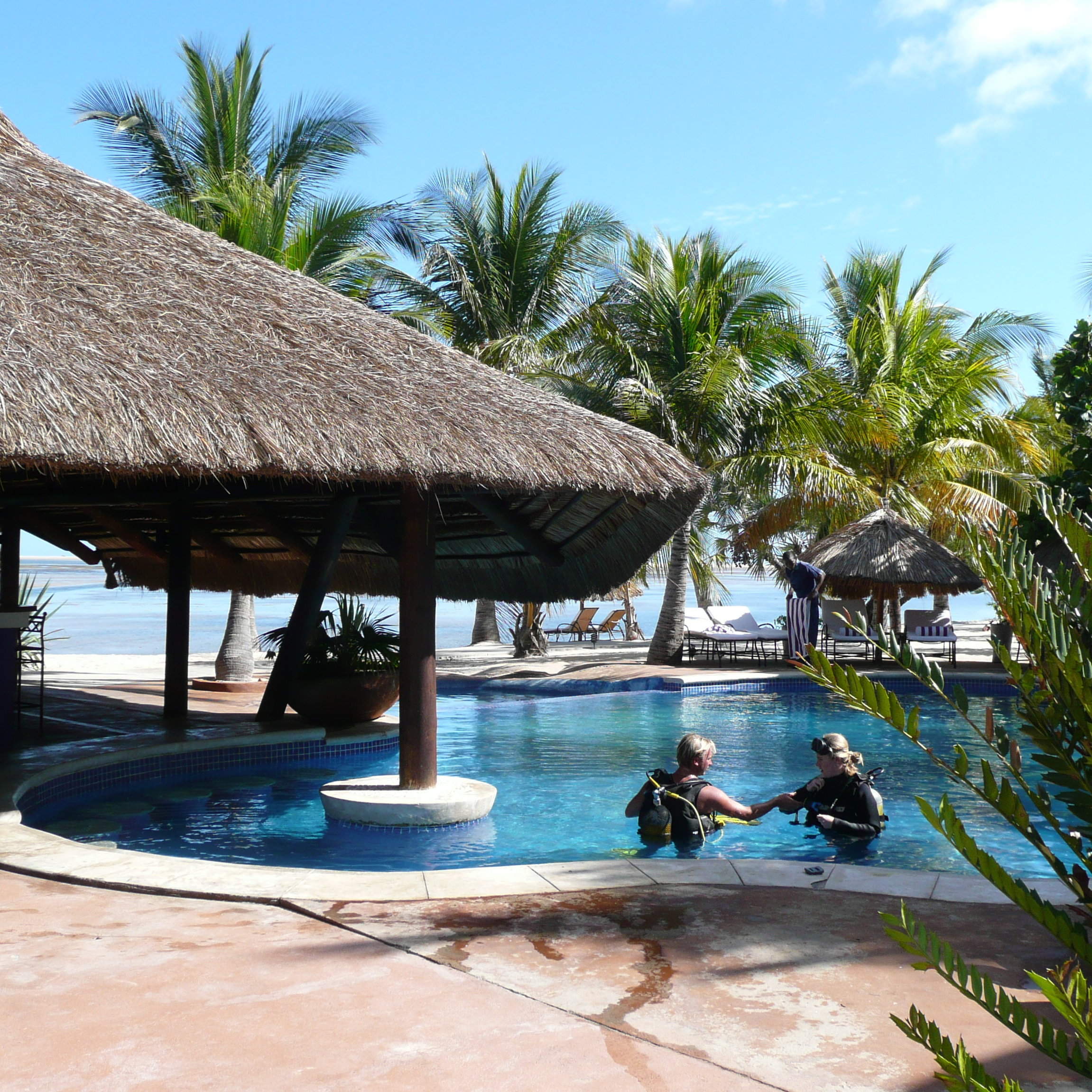 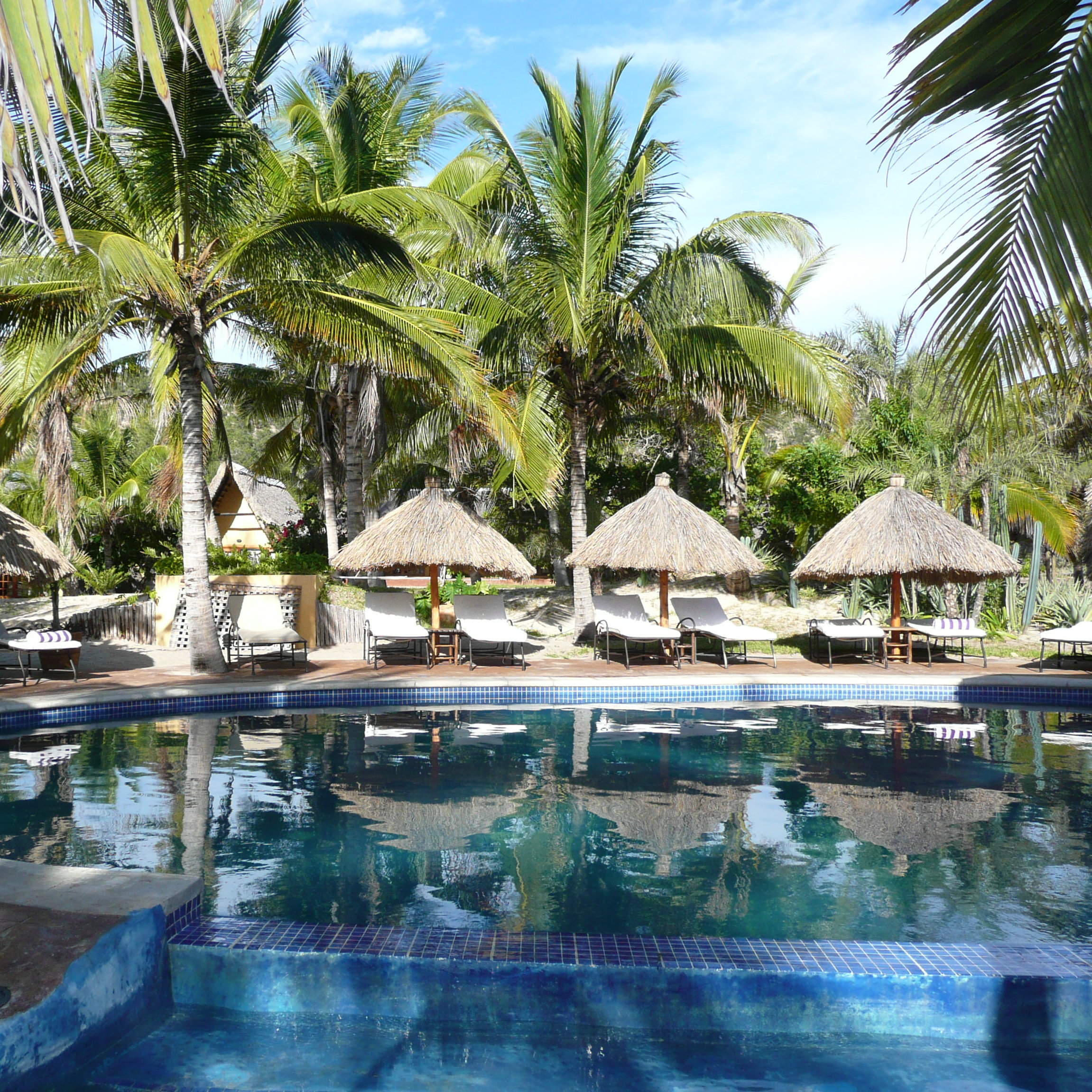 13 independent comments and wildlife information from our travellers who have visited Bazaruto Lodge and kindly agreed to share their thoughts. They do not necessarily represent the views of Expert Africa

4 nights Arrived 7 Sep 2015
"This was a great place to stay. The staff were generally friendly and effort was made by the chef to make me two tasty vegetarian meals every day. What we particularly liked was the relaxed approach of the staff. They were helpful without being over-facing.

During our stay at the lodge, there were only about 6 cabanas that were occupied out of perhaps 30 or so. On our first full day we wanted to relax in and around our cabana. However, a team of three gardeners were digging and replanting the area immediately in front of our cabana. We tried to find out how this would last but as a result of language difficulties and lack senior staff we couldn't get a clear answer and it was suggested that we move to a different cabana, which we did.

Unpacking and then packing is an inconvenience and it didn't seem to us that the maintenance was essential and, if it was, we should have been given a different cabana in the first place. We ended up feeling uncomfortable in that we were given the impression that we had inconvenienced the workers and annoyed the staff." See all these reviews: 10n in South Africa; 4n in Mozambique
Experience Report
Overall Rating:
Good
Location:
Good
Service:
Good
Activities:
Good
Rooms:
Good
Food:
Excellent
Facilities:
Good
Mr & Mrs H
Surrey

"Beautiful setting on the beach"

7 nights Arrived 24 Jun 2014
"When we arrived at Vilanculos airport the voucher for our flight to Bazaruto was not accepted by the ground staff. Another company had taken over the air route. Luckily a desk clerk, Banu, allowed us to use his phone. After several calls between us and Expert Africa and Banu's boss, we were allowed to fly. The colours of the sea as we flew to the island were absolutely wonderful.

After reading reviews on tripadvisor, we had requested a superior room - 8, 9 or 10 if possible. We were shown to Room 8. It was one of the oldest chalets, not quite on the beach, and was very dark. I think the reviewers on tripadvisor were being facetious!

We requested a move to the new wing of chalets and from a handful of choices picked 37; a lovely bungalow right on the beach with an unobstructed view of the bay. There were very few guests staying in the hotel; many more staff than guests. Basic wine, beer and soft drinks were included in the tariff. The food was good.

We wanted somewhere where we could relax and sit in sun after nearly 4 weeks on safari. We weren't looking for somewhere extra luxurious. We did not have to pay entry fees to Bazaruto Marine National Park at the lodge.
" See all these reviews: 24n in Botswana; 7n in Mozambique; 1n in South Africa
Experience Report
Overall Rating:
Good
Location:
Good
Service:
Excellent
Rooms:
Excellent
Food:
Good
Mr & Mrs G
Haslemere

6 nights Arrived 29 Oct 2013
"The beach side chalets gave a good view of the sea when the tide was in, or c.1km of sand when it was out! Very comfortable, good mosquito netting, good hanging area for clothes, room safe, LARGE bath, and large outside shower area where we could also wash and dry some clothes. Staff very attentive, even doing some sewing for us.

The pool, though large, wasn't very inviting, so we didn't swim in it. A nice bar area with an old dug-out canoe suspended over it. Good big dining room, with very attentive staff, even though it was self service. After 6 days the food started to become a bit predictable, but it was always good.

Tony, the Manager, was very helpful and organised a lot for us. He made our stay very enjoyable, even though the hotel had been taken over by 64 S. African marlin fishermen during our stay!! We were unlucky with the weather - windy and cloudy for 4 days running so little snorkeling. Interesting bird life on the island and on the beach when the tide was out.

"Tried to be an ocean paradise"

3 nights Arrived 28 Oct 2013
"I've been to many Pacific and other ocean retreats, and although Bazaruto tried to mimic the ambiance, it didn't quite live up to the others I've experienced (Barrier Reef in Aus, Fiji, Tahiti, Hawaii, etc). Must admit that my views of it were influenced by the fact that I had bad dysentery for the whole stay, so couldn't enjoy the food or alcohol, although must admit that I slipped at times because the pina colatas were so yummy.

The staff tried to help me with medicine and hydration salts, but nothing worked. Cabins were lovely and had AC, what a treat, and were close to the general activity center; this was nice as I had little energy. The setting was lovely with a beautiful pool, and I took a piece home with me, three weaver birds nests all attached together, that had to be cut down from a palm tree so they wouldn't fall in the pool. For me, these nests, were the most unique part of the stay.

The draw of this place was supposed to be snorkeling and scuba diving, both of which I'm proficient at and certified, and could have done while sick, but the weather did not permit either; sea was too rough for their "rubber ducky" (a raft) boat. I've been on several actual scuba diving boats, and this raft would not classify as such. But, hey, I must remember, this was Africa.

We were, though, able to go out whale watching one afternoon on the rough water as the raft didn't have to put down an anchor.
" See all these reviews: 8n in Botswana; 3n in Mozambique; 2n in South Africa; 2n in Zimbabwe
Experience Report
Overall Rating:
Average
Location:
Good
Service:
Excellent
Activities:
Poor
Rooms:
Excellent
Food:
Good
Facilities:
Average
Mr & Mrs W
Edinburgh

"Pleasant week at the beach"

Lighting in main dining room was very poor, could not wait to finish dinner and get back to the bar.
Waiting staff seemed under trained and disinterested - to be honest the manager seemed to be leading in this direction by example !

Rooms and bathrooms were of a good basic standard and we really liked them.

Other activities, in particular Fishing were very expensive, to the extent that I did not participate despite this being a major driver for including Mozambique.
Spa was excellent and very well priced and in consequence we spent a fair bit of time their rather than the fishing we had planned

5 nights Arrived 27 Mar 2012
"40 rooms with at most 12 people staying made this a wonderfully quiet place to spend a few days by the beach.

Staff were helpful and friendly, if a little difficult to find at times because there were so few of them. Unfortunately the hobie cats were away in South Africa being repaired - this was the one activity we'd been planning on doing.

We saw no mosquitoes around the hotel but don't walk up to the lighthouse first thing in the morning without insect repellent - the (very steep) path seemed to attract hundreds of them!" See all these reviews: 6n in Botswana; 5n in Mozambique; 3n in Zambia; 1n in South Africa
Experience Report
Overall Rating:
Excellent
Location:
Excellent
Service:
Excellent
Activities:
Good
Rooms:
Excellent
Food:
Excellent
Facilities:
Excellent
T Family
Auckland

Bazaruto Lodge offers clean, spacious bungalows with spectacular sea views. Our room consisted of 2 seperate rooms and a lovely deep bath and a seperate outside shower ! It was wonderful to walk out onto the sand and into the sea within seconds and then to saunter along the beach to the dining room. (Every morning and evening the cushions on the lounge chairs by your room and put away / bought out and twice a day your room is also swept so the sand that you drag in daily does not accumulate .. lovely touch)

The service was great - the front management staff were friendly and helpful (Sarah even climbed through a toilet window to rescue my son who had become locked in - THANK YOU !!), the waiters in the restaurant obliging and always smiling and the staff (especially Alex) in the sports center were experienced and able to show us the wonderful underwater treasures of Mozambique.

The food was great - a buffet for breakfast , lunch and dinner with lots of fresh fruit, vegetables and salads .. couldn't ask for much more !

The location is beautiful, the lodge is set on the beach on Bazaruto Island.

The rooms were comfortable if not spectacular. The service was good, the food was fine, if a little repetitive." See all these reviews: 3n in Mozambique
Experience Report
Overall Rating:
Good
Location:
Excellent
Service:
Good
Rooms:
Good
Food:
Average
Mr & Mrs M
Bristol

4 nights Arrived 5 Sep 2009
"This was a beautiful way to end the holiday. Very relaxing after all the game drives. Fantastic sunsets.

We were unfortunately unable to go to Paradise island (because there were not enough people interested) but we thoroughly enjoyed the mornings snorkelling at the Coral gardens which is provided free. The travel by tractor over sand was more comfortable than by jeep.

This was the only place we were troubled by mosquitoes. Fortunately mosquitoe nets were provided.

Accomodation, administrative and general staff and restaurants great. Nothing too much trouble for the friendly staff. General manager Louis really helpful, sorted out medical and travel difficulties immeadiately. Chef came and introduced himself to discuss my daughter's allergy.

Inclusive activities disappointing. No one to show you how to sail the catamaran. You had to find your own canoe. Snorkelling meant being left on a beach with equipment and collected two hours later. Paddle boat broken our whole trip.

Sea fishing was an extra. Staff didn't smile, introduce themselves or talk to us until a fish was caught. Luckily we did catch some amazing fish, with their help, which saved the trip.

The atmosphere of the whole place changed at the weekend when a large group arrived and took the place over." See all these reviews: 10n in Zambia; 6n in Mozambique; 1n in South Africa
Experience Report
Overall Rating:
Good
Location:
Good
Service:
Excellent
Activities:
Poor
Rooms:
Excellent
Food:
Excellent
Facilities:
Average
Showing 1-10 of 13
12
Next
86%
13 reviews of Bazaruto Lodge by travellers since August 2007
Overall rating by our travellers
5
7
1
0
0
Filter by month

Other lodges in Bazaruto Archipelago

Azura Benguerra is very chic and romantic, with particularly good service and food. The choice of activities is wide, and its spa is top-notch!

Anantara Bazaruto is a family-friendly resort on the west coast of Bazaruto Island; it's the largest resort on these islands, and in design terms probably the most like a conventional hotel.

The oldest lodge in the archipelago, Benguerra has a North African feel amidst tropical gardens. It's a peaceful destination for couples, and children's chalets make it good-value for families.

Set on a stunning beach, Azura Marlin Beach is due to open in mid 2020. We are anticipating a luxurious lodge with high standards for food and service.

Dugong Beach Lodge is a stylish property on a remote stretch of beach just south of Vilanculos. For the level of luxury you get here, this is a very good value lodge albeit not actually on the Bazaruto Islands.