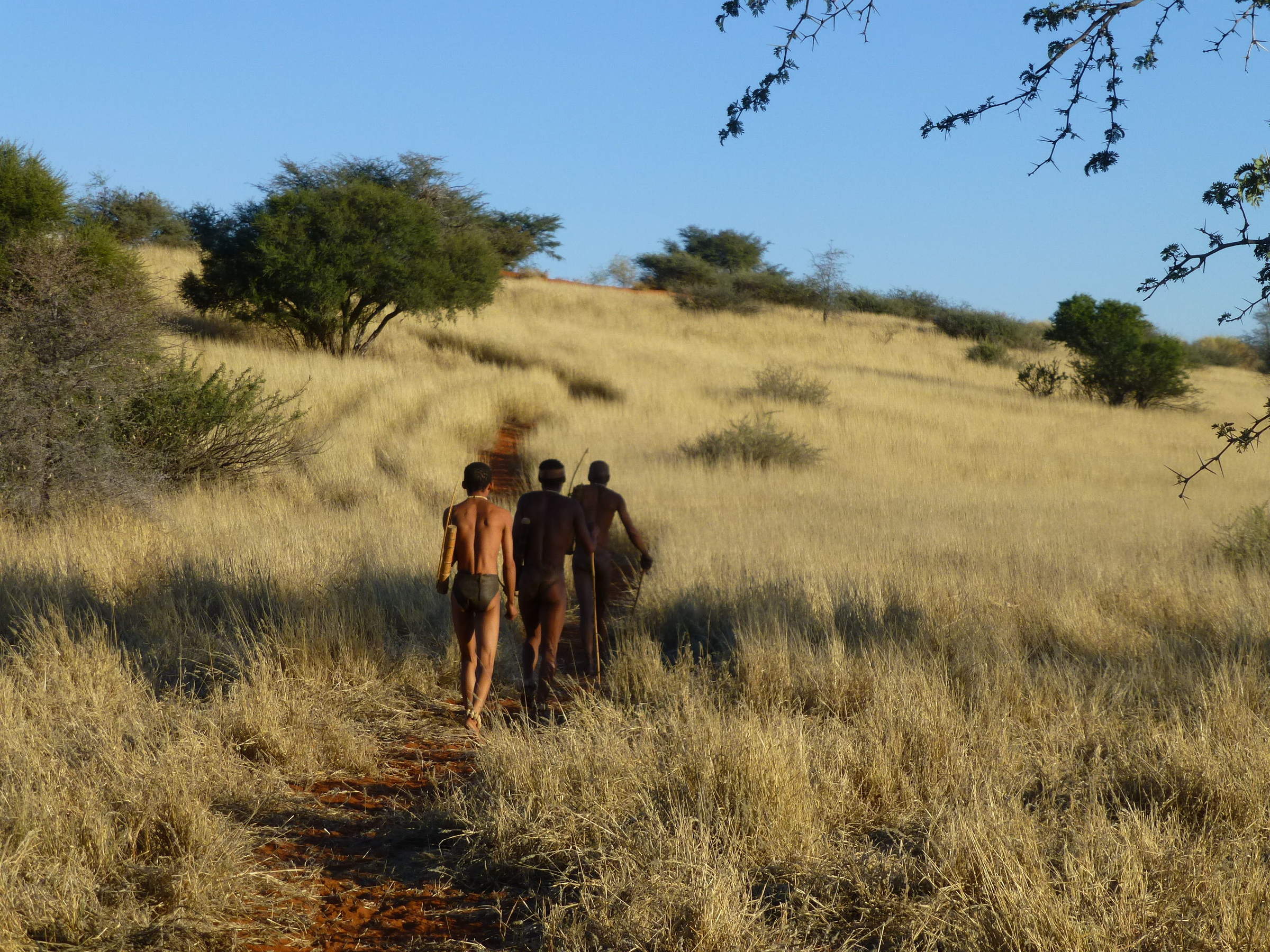 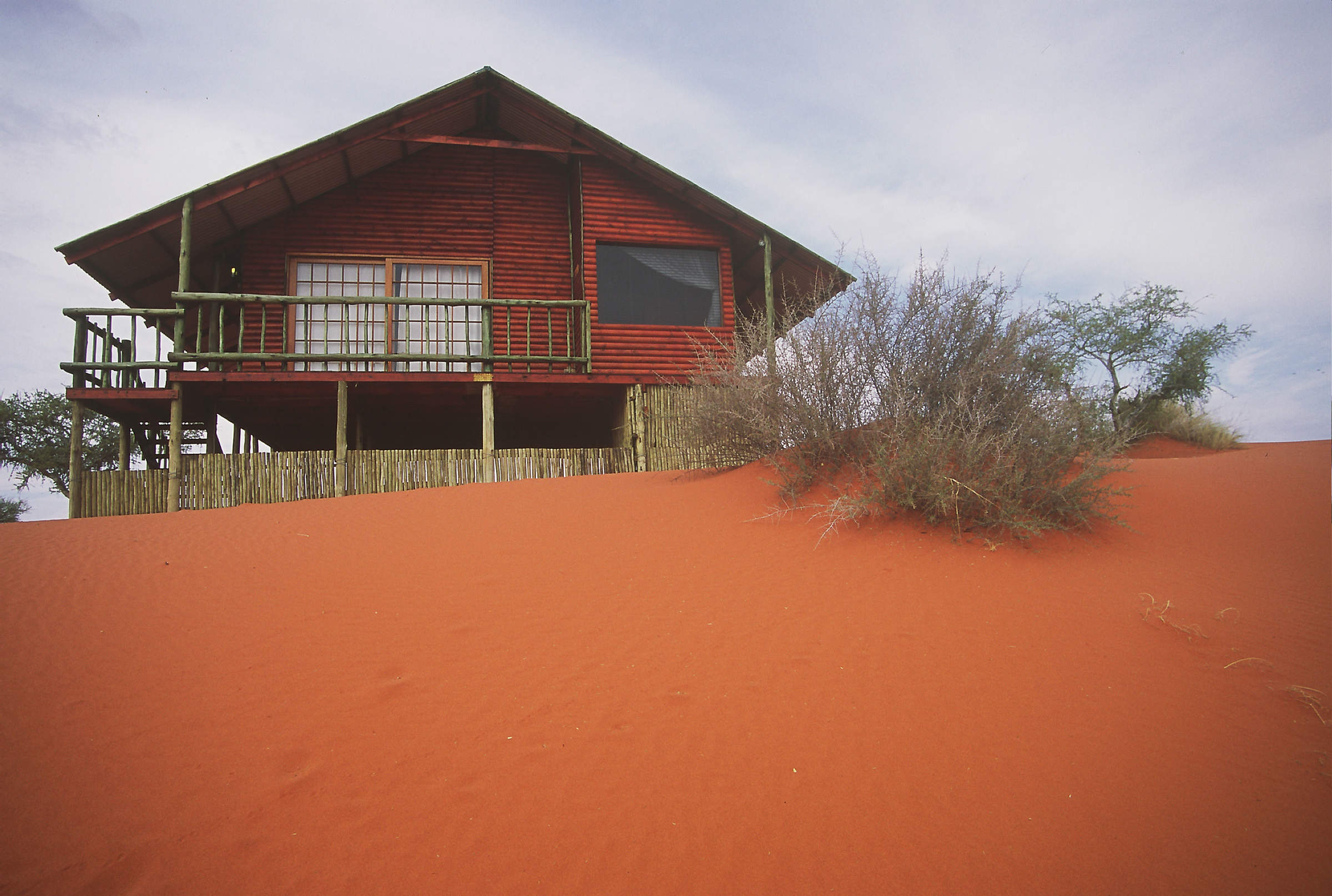 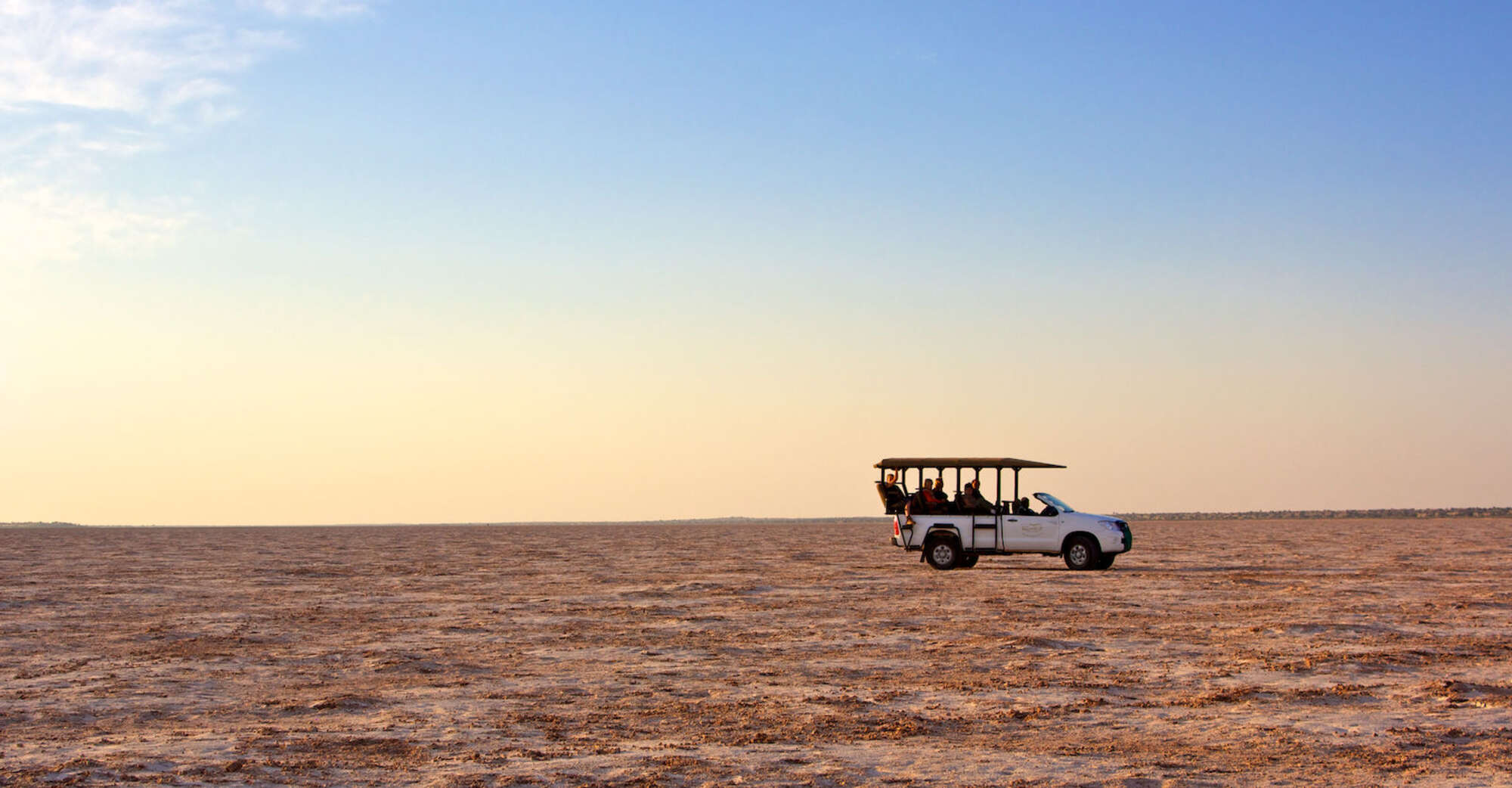 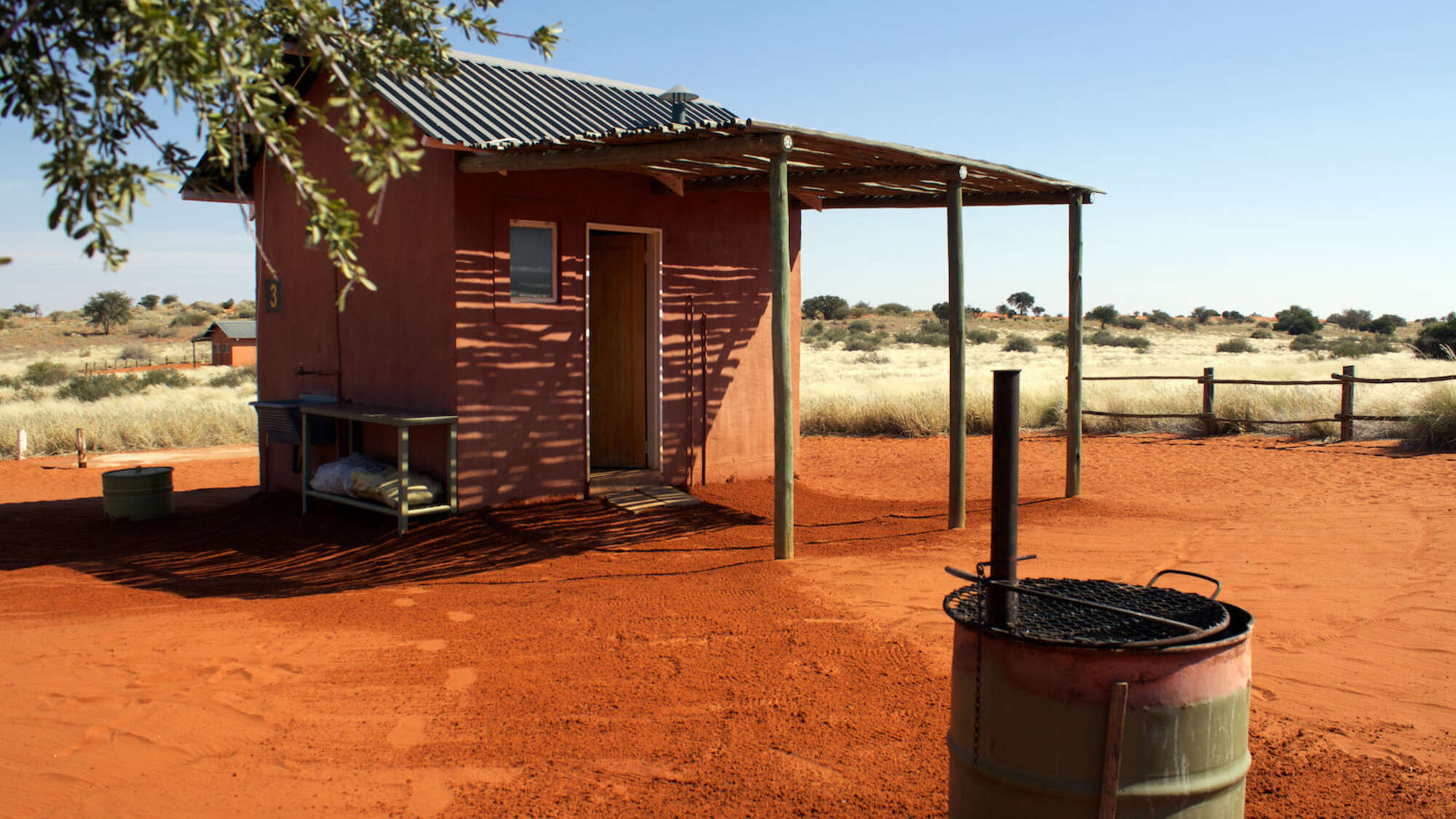 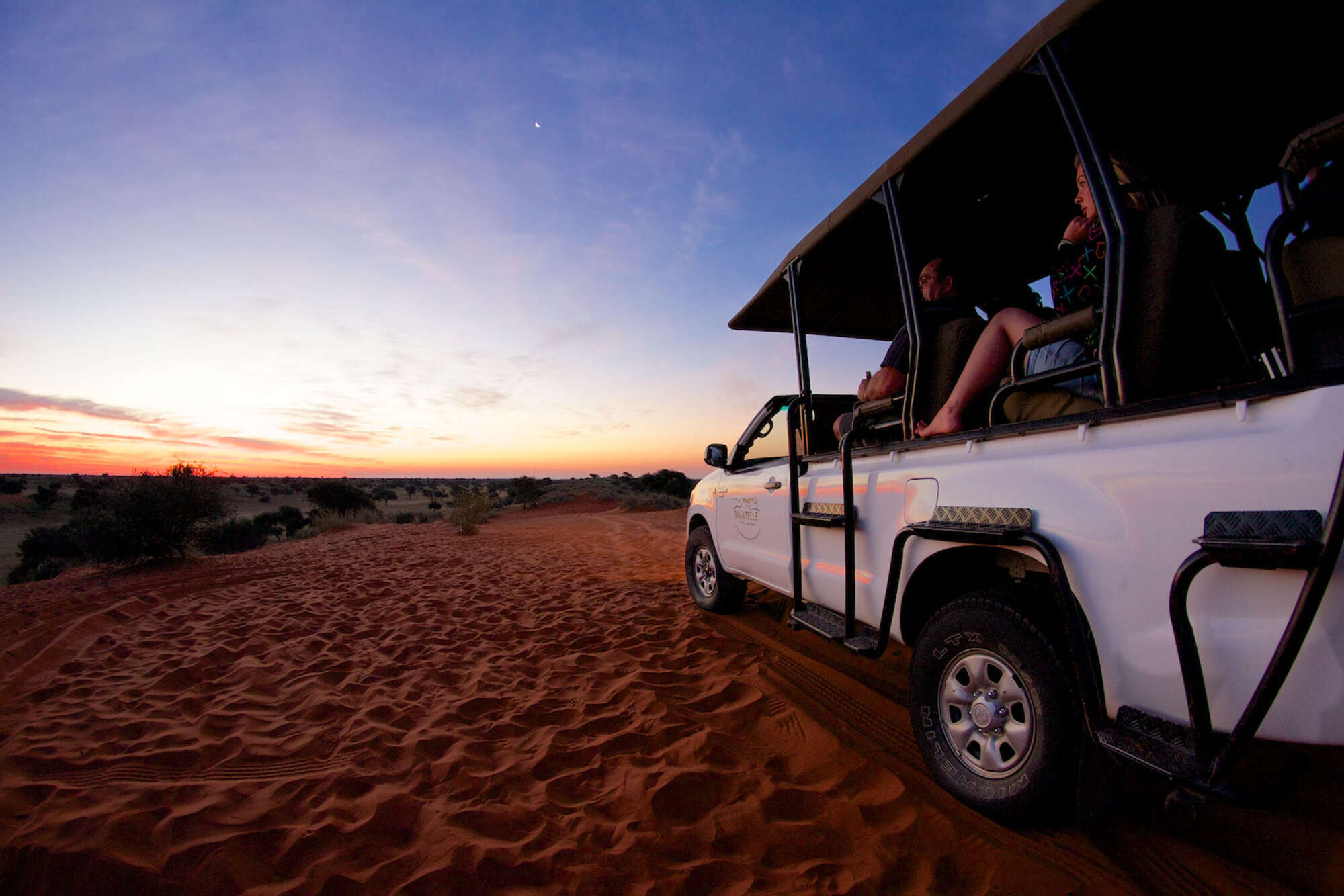 182 independent comments and wildlife information from our travellers who have visited Bagatelle Game Ranch and kindly agreed to share their thoughts. They do not necessarily represent the views of Expert Africa

1 night Arrived 7 Oct 2011
"Very disappointed - nowhere near as good as my last visit in 2006. Desultory welcome - I arrived first as couldn't get car with two passengers up sandy road. When the others arrived their welcome drink was shambolic - and the dirty glasses were still at the front door when we left the next day!

Swimming pool water looked most uninviting so we didn't swim. Introduction to chalets and help with luggage was poor on both counts. Dinner was such a disappointment because 5 years ago all the guides and co-workers were about and chatty and encouraged discussion/interaction and very informative re Bagatelle and Namibia generally.

They did take care over my meal so that's very good but the food was unappetising, meat was overcooked - my guests all shared mine, and the veg etc were all over cooked. The serving staff and the maitre d appeared disinterested - I think this is because they made NO effort at speaking to us. Wouldn't go back or recommend.

1 night Arrived 2 Oct 2011
"We spent only one night here so didn't have time to take part in any activities except for being taken to see the meerkats.

1 night Arrived 22 Sep 2011
"We enjoyed our stay here, the first night of the holiday. We had a very friendly reception. The rooms and the main part of the lodge are very well thought out and presented. The starter and pudding at dinner were excellent, but the main course was rather ordinary. It was very pleasant to go inside after dinner and sit to have coffee and drinks. Breakfast was very good. You need to ask a guide after dinner to show you the meercats in the morning, as this was not mentioned to us on arrival. Our guide, no charge other than a tip, was very helpful at keeping an eye out for them to appear, which was rather late as it was a cold morning, but the viewing was then superb - there were 24 in residence and you can get quite close to them until they move off for their day. We understand that they are not always present. We now have some great photos

The reason we have described the location as average is because there was rather more fencing near to the rooms than I expected which made the place seem rather enclosed. Perhaps the dune chalets would be better in this respect.

It was an easy drive from the airport but we deviated from Expert Africa's recommendation, turning off the tarred road at Kalkrand from where Bagatelle is signed. The gravel roads were in good condition and it was an interesting and lovely drive." See all these reviews: 10n in Namibia
Experience Report
Overall Rating:
Good
Location:
Average
Service:
Excellent
Activities:
Excellent
Rooms:
Excellent
Food:
Good
Facilities:
Good
Mr F & Ms F
London

1 night Arrived 14 Sep 2011
"Good food and super friendly staff... If you're looking for the meerkats, you have to get up early - be sure to ask the night before!" See all these reviews: 6n in Namibia; 6n in Botswana
Experience Report
Overall Rating:
Excellent
Location:
Good
Service:
Excellent
Rooms:
Excellent
Food:
Excellent
Ms A
Cambridgeshire

2 nights Arrived 12 Sep 2011
"I had a great stay and enjoyed the activities once I was on them. However, the scheduling of the activities was a very disorganised affair. The manager was very obliging and suggested all these activites that I could go on, but finding a guide to lead the activites appeared to be more of a problem, and I found it frustratingly difficult to find out the time the activites were going to take place.

The morning safari was wonderful. Stunning scenery. We saw lots of game, much more than I expected, and the guide patiently stopped to let us take lots of photos. The highlight was seeing giraffe mating.

1 night Arrived 19 Aug 2011
"The drive in was much easier than we had been led to believe. The C20 is newly tarmaced and is now excellent.

We had a friendly welcome from Paul, accompanied by Spencer and Pula the dogs and Rusty and Ferdie the cats – Spike made an appearance later and demanded lap space; if you don't like pets this isn't the place for you!

Our Dune Chalet was very comfortable though it did get cold at night – nowhere near as cold as previous feedback had led us to think however. Staff were all friendly , helpful and professional. Food was good and drinks at a reasonable price.

Paul took us on a short (free) walk in the morning to watch the meerkats emerging from their burrows and setting off to forage – a magical experience!" See all these reviews: 10n in Namibia; 4n in Botswana; 3n in South Africa
Experience Report
Overall Rating:
Excellent
Location:
Excellent
Service:
Excellent
Activities:
Good
Rooms:
Excellent
Food:
Excellent
Facilities:
Excellent
Mr C B & family
UK

1 night Arrived 14 Jul 2011
"Wow; what a place.
Stunning setting, right in the middle of the dunes in the Kalahari, red sand as far as the eye could see. Completely magical.
Rooms in chalets were absolutely beautiful and comfortable. The main farmhouse was also lovely; welcoming fire, squishy sofas. Very friendly owner and staff, felt like we were staying in someones house. Food was very good.

They offered excursions, one to feed the cheetas, quite expensive. We saw the cheetas close up from the gardens of the house and so didnt feel that you necessarily need to pay to go into the enclosure. We had lovely walk on the dunes in the setting sun. Completely unforgettable." See all these reviews: 13n in Namibia
Experience Report
Overall Rating:
Excellent
Location:
Excellent
Service:
Excellent
Rooms:
Excellent
Food:
Excellent
Mr J & Ms J
Devon

"Wish we had spent longer at Bagatelle"

1 night Arrived 5 Jul 2011
"The staff at Bagatelle are very friendly and welcoming, especially Paul, who, despite being unaware of our previous requests to see the meerkats as the lady we had dealt with had left the ranch, arranged for us to view them at very short notice. He went out of his way to arrange for us to spend time with them and take photos. We stayed in one of the dune chalets, which have amazing views, you can sit in bed watching the waterhole and also the night sky. Beware in winter it can be extremely cold here - our bottle of water froze solid overnight in the car. We wish we had spent more than one overnight stop there." See all these reviews: 14n in Namibia
Experience Report
Overall Rating:
Excellent
Location:
Excellent
Service:
Excellent
Activities:
Excellent
Rooms:
Excellent
Food:
Excellent
Facilities:
Excellent
Mr&Mrs S
ArniAG