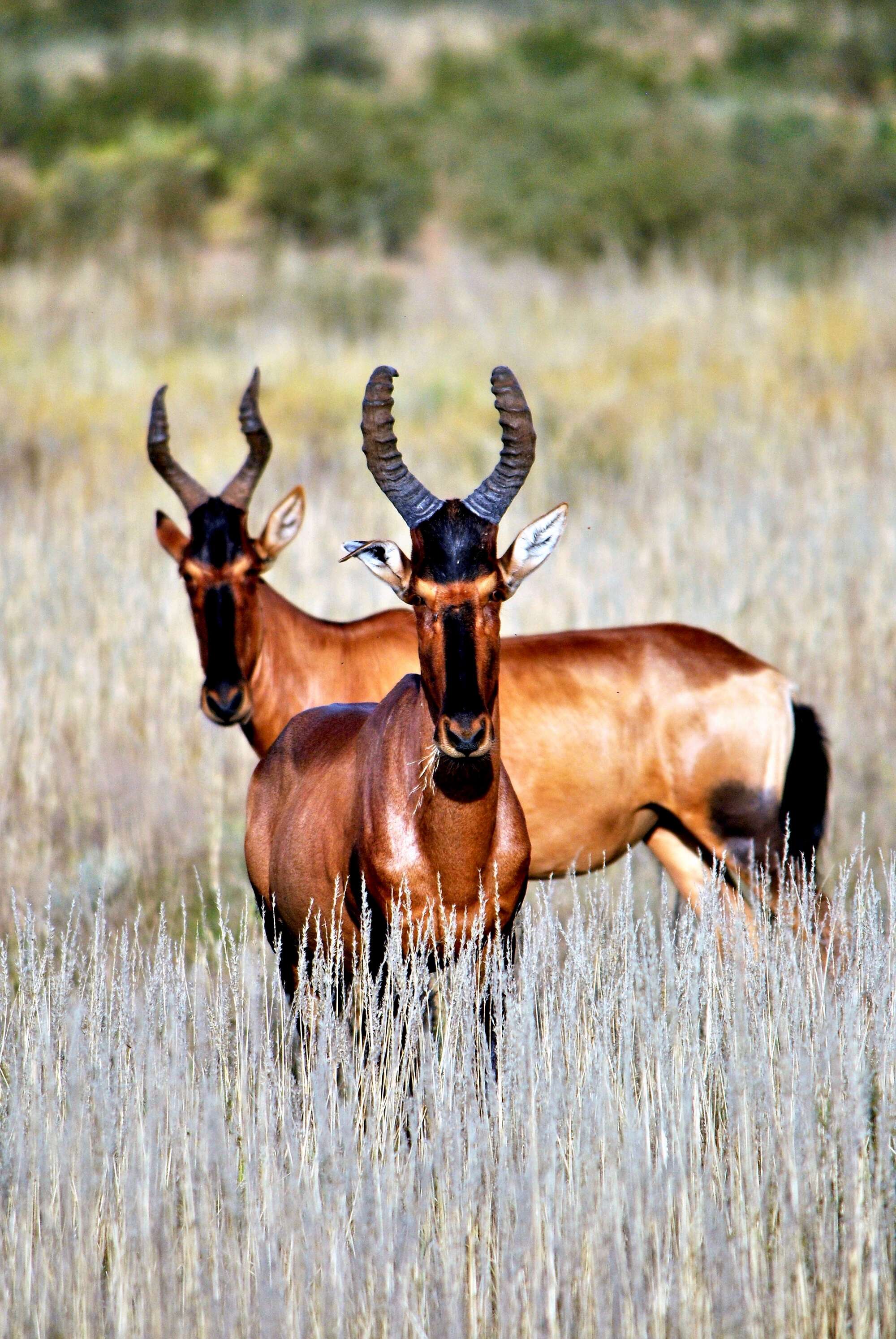 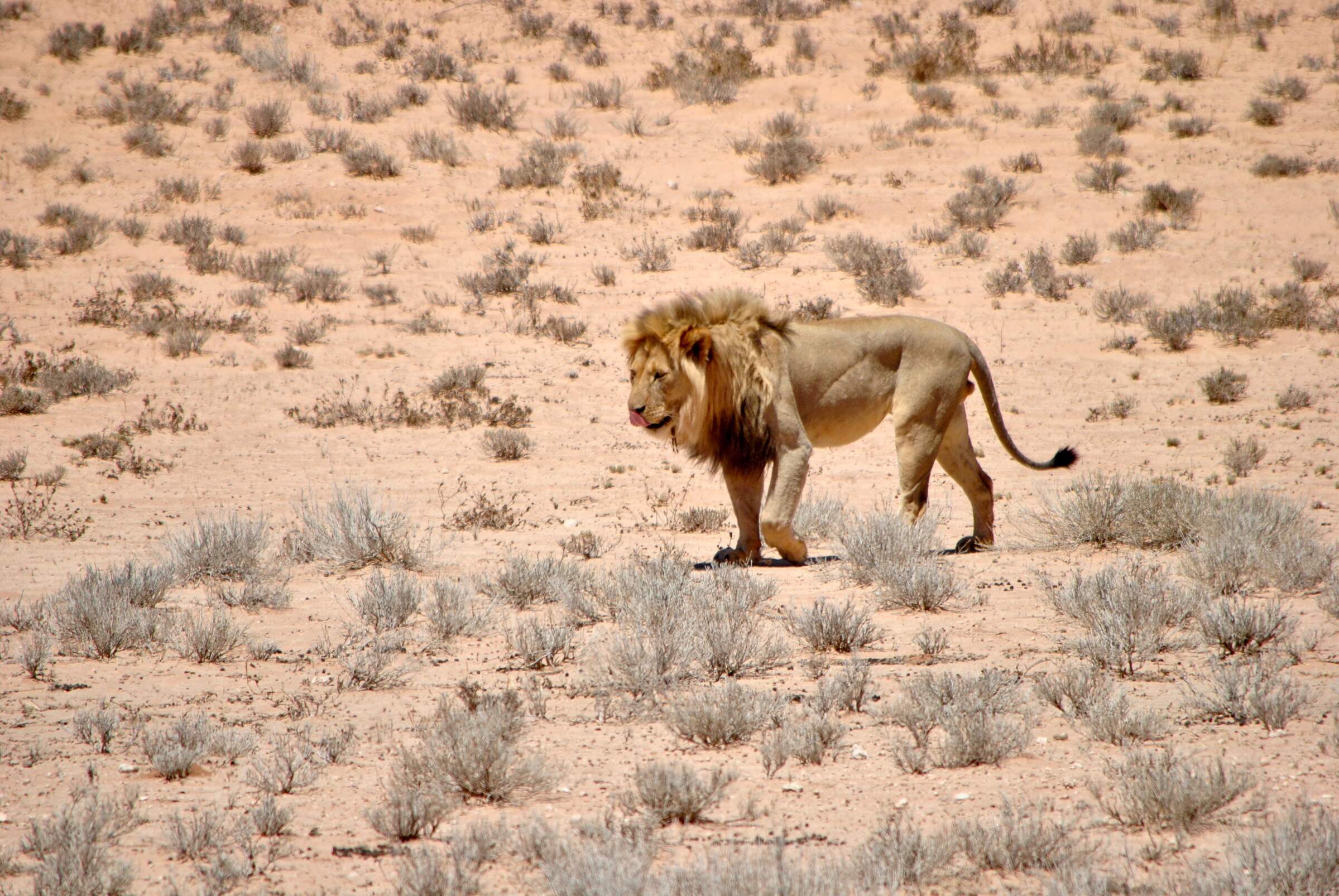 10 independent comments and wildlife information from our travellers who have visited Grootkolk Camp and kindly agreed to share their thoughts. They do not necessarily represent the views of Expert Africa

2 nights Arrived 6 Jun 2018
"The incredible feeling of remoteness and peace is always worth the lack of comfort and the very long drive to get there. The cabin is very tiny so we had to keep our suitcases in the car and just bring in the few items we would be using.

It has been recently painted and refurbished a bit, for instance, new fridges, so the accommodation is now quite bearable, albeit extremely rustic.

There was not that much game at the water hole this time, but it didn’t matter. It was as peaceful as ever." See all these reviews: 8n in Zimbabwe; 5n in South Africa
Experience Report
Overall Rating:
Excellent
Location:
Excellent
Rooms:
Poor
Mr DB
N London

"The best wilderness camp in Kgalagadi"

1 night Arrived 17 Jun 2017
"On arrival the ranger stresses the need to beware of snakes, scorpions and predators and the visitor book confirms the presence of all in the vicinity of this camp.

The units themselves are compact and more substantial than those at Bitterpan and Gharagab. They are well maintained and clean. One has the impression that Franco, the resident ranger, takes a pride in his camp and makes sure all is shipshape. The waterhole at Grootkolk is quite close by and while we were there the other guests were particularly quiet and seemed very knowledgeable about the game and birdlife.

"Places you into the heart of the bush"

2 nights Arrived 31 May 2016
"Grootkolk is situated in the remote north of the Kgalagadi and certainly generates a feeling of wilderness. On our way into the camp on the first evening of our two night stay we probably had the best sighting of our trip when we encountered a small pride of lions walking along the side of the road. It's not often that you encounter lions not at rest and it was great to see them on the move with the young ones playing together as they progressed.

The chalets are of the sandbag base, canvass upper variety and are clean and well appointed with all you need for self catering. Wildlife seems abundant in the area with plenty of visitors to the waterhole, which is quite close to the chalets. Unfortunately we missed a visiting brown hyena as were in bed very early after a long days drive.

We did have a fair bit of wildlife in the chalet, with visitors including a very cute tree mouse and a large gecko. It did get us thinking about what other, less friendly, creatures could gain access to our abode and you could see various attempts at blocking entrance routes around the chalet. Perhaps the infrastructure of the camp is showing its age a bit." See all these reviews: 8n in Namibia; 8n in South Africa
Experience Report
Overall Rating:
Good
Location:
Excellent
Service:
Excellent
Rooms:
Average
Facilities:
Good
Mr & Mrs H
Lisvane

2 nights Arrived 17 May 2016
"We enjoyed our stay and this area is not rich in game but that said we had a very enjoyable lion sighting !" See all these reviews: 14n in South Africa
Experience Report
Overall Rating:
Excellent
Location:
Excellent
Service:
Good
Rooms:
Good
Dr L & Family
Denmark

Animals very close... Not a problem if you behave wisely. Look before you leave the ground. Perfect place to relax and enjoy the wildlife.

Fair kitchen, room and bathroom. Everything you need, no more. Use 2-3 days here.

"Grootkolk - requires more than one night"

1 night Arrived 12 Oct 2011
"The drive up on R360 to Grootkolk is quite extensive ( > 8-10hrs) along the Nossob river bed. The road itself is easy to be driven with some severe corrugation on some parts. One must stop at Nossob Rest Camp for checking-in to Grootkolk and Gharagab Wilderness Camp, although it seems that one can check-in for the next camp at the time of check-out of the previous.

An early start is essential (as soon as the gates open) for game viewing, which is productive until 10-11 AM maximum. After that, the heat can be extreme and animals are all hiding in the shade. By experience it is worth arriving early at the destination camp and decide weather or not go for a afternoon drive in the vicinity of the camp.

During the drive itself we saw plenty of wildlife early in the morning. The waterholes North of Nossob apparently were more productive, specially, Cubit Quap (raptors) and Polentswa (raptors, and carnivores - Lion). The drive between Polentswa and Grootkolk, was rewarding . The amount of mice on the road, actively feeding on late afternoon, would predict the eventual sighting of Wild African Cat and Cape Fox which actually occurred. This, just by itself, was the highlight of our drive to Grootkolk.

Unfortunately, we arrived to late at Grootkolk, just in time to settle in our cabins and watch the sunset and listening to the profusion of barking geckos. The night itself was rich in sounds ( lion roar, Hyenas, jackals etc..).The Grootkolk Camp is well located next to a waterhole where some action apparently occurs. On the previous night to our visit (confirmed by a visitor we met at Twee Rivieren and by the guard himself) there were some lionesses and cubs playing around the camp and leopard on the waterhole. We could confirm the tracks left behind.

The cabins are well located with good views to the waterhole. They were clean, and all the appliances ( fridge, stove etc...) in good working condition. The guard was helpfull. We feel that a one night stay at this camp is too short. A minimum of two nights is required.

2 nights Arrived 19 Nov 2010
"A truly wonderful camp! If you only stay at one Wilderness Camp during your trip - make it this one! We weren't sure what to expect from the Wilderness Camps - but Grootkolk is very special. The accommodation is excellent - very well presented, with very good, basic, kitchen facilities (open air!).

The "Wilderness" element is immediately apparent, as there is nothing between you and the wildlife but a very low fence - and on our second night, when we came into camp, a young (3 or 4 years old perhaps) male lion was lying underneath the tree at the waterhole - directly in front of our tent! It makes cooking your dinner much more interesting, when in the company of a lion!!!

Grootkolk has a a lovely atmosphere - and we enjoyed coming back after an early morning drive for lunch and a siesta, sat on the veranda watching the Hartebeast, Kudu, Gemsbok, Springbok, Jackals and a multitude of birds come and go to the Waterhole.

The only criticism we would have is with the "floodlighting" on the waterhole - which is only on for an hour each night. So, if you can, take a very powerful torch/spotlight to extend the evening viewing. If we return to the Kgalagadi (and I feel sure that we will one day) I would like to stay longer at this camp." See all these reviews: 11n in South Africa
Experience Report
Overall Rating:
Excellent
Location:
Excellent
Service:
Excellent
Rooms:
Excellent
Facilities:
Excellent
Feedback Response
These travellers wrote a comprehensive overview of their Kgalagadi trip –including comments on their game-viewing; read them here.

"Not quite up to the standard of the others!"

1 night Arrived 3 Jun 2010
"Nicely located but looking its age compared with the other camps. They have a problem with bees, which are attracted to water so in this respect the outside food preparation area is not ideal. The camp attendant was not sympathetic to this.

There is a waterhole but it wasn't floodlit, which was disappointing, especially as there was game around. It has the advantage of being very close to the main park road, so is very accessible compared with Gharagab." See all these reviews: 7n in South Africa
Experience Report
Overall Rating:
Average
Location:
Good
Service:
Poor
Rooms:
Average
Facilities:
Average
Mr M & Ms O
UK

2 nights Arrived 17 Jul 2008
"without doubt the very best camp in the park by miles!

access to polentswa,l angklass, bendinkt, kwang waterholes in my view the best! mata mata twin rivers have more sightings but fives times the traffic no wonder

Saw Lion,leopard,cheetah and a cheeky african wild cat who came to our door every evening magic!" See all these reviews: 12n in South Africa; 7n in Namibia
Experience Report
Overall Rating:
Excellent
Location:
Excellent
Rooms:
Excellent
Showing 1-10 of 10
94%
10 reviews of Grootkolk Camp by travellers since August 2007
Overall rating by our travellers
8
1
1
0
0
Filter by month

At the southern entrance to Kgalagadi Transfrontier Park, Twee Rivieren Rest Camp is the park's largest restcamp and also the centre for its administration. The accommodation here is all self-catering, and arranged in almost a little village – with a restaurant, a shop, a fuel station and a swimming pool. It's a park for serious safari aficionados to spent at least four or five nights exploring – with time here at the start and/or end.

The only private lodge within the Kgalagadi Transfrontier Park with full board and activities, !Xaus Lodge is a good base from which to explore the Kalahari.

Bitterpan Wilderness Camp, with the self-catering accommodation housed in reed and canvas chalets; it's an unusual but comfortable base from which to explore the Kgalagadi Transfrontier Park.

Molopo Kalahari Lodge is less than an hours' drive from the Kgalagadi Transfrontier Park. It is probably the best base for self-driving around the Kgalagadi if the restcamps inside the park are full, or if you're arriving here late in the afternoon.